After spending the previous day in Shinjuku & Shibuya, I decided to get out of Tokyo & take a day trip to Kamakura. The city is filled with temples & shrines, with nice walking paths between them.

How to get to Kamakura from Tokyo

Kamakura is on the coast of Japan, about an hour south of Tokyo by train. Again, I was able to use my Japan Rail Pass, so the trip was included.

I took the JR Yamanote line to Ebisu, where I then switched to a regular train to Kamakura. I had about a half an hour to kill, so I had a snack in the train station. Or at least I tried to, as instead I had one of my only negative experiences in Tokyo. I bought a pastry from a kiosk, only to have it given to me in a sealed plastic bag. I struggled for a bit to open it, then suddenly it opened too well. The pastry flew a few feet and landed on the station platform. Japan is clean, but even I have my limits, and decided not to still eat it. I threw it away angrily, then got another snack from a vending machine.

I got off the train one stop before Kamakura in Kitakamakura, as there are many temples in the area, and I had researched a bit of a circuit that would take me past several of them.

My first stop of the day was Engaku-ji, one of the largest & most important Zen Buddhist temple complexes in Japan. I had gone there expecting perhaps a handful of buildings, but the grounds actually encompassed a large area, including a total of 18 temples. 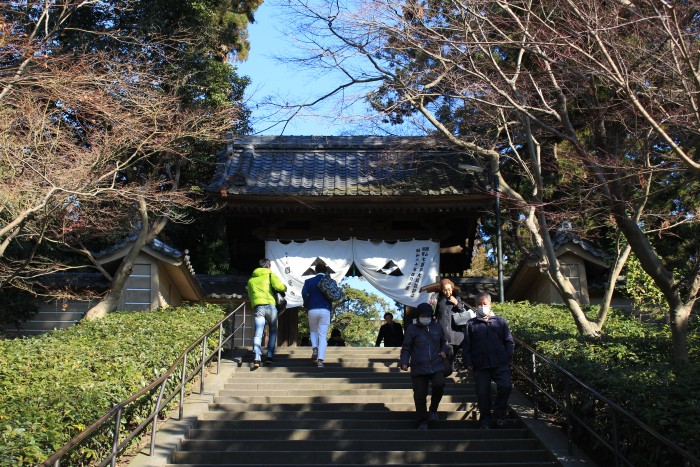 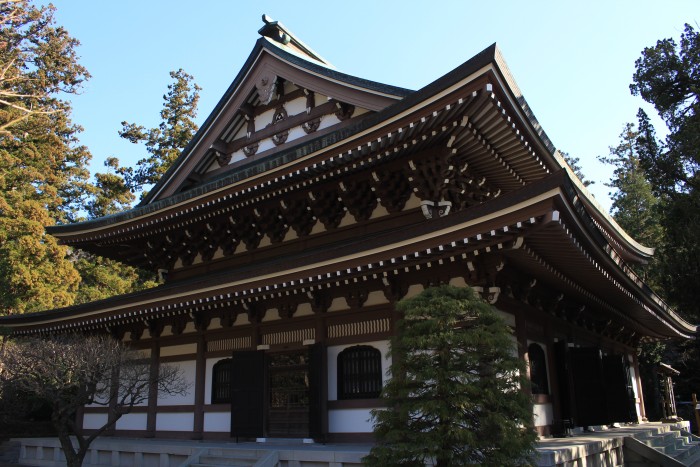 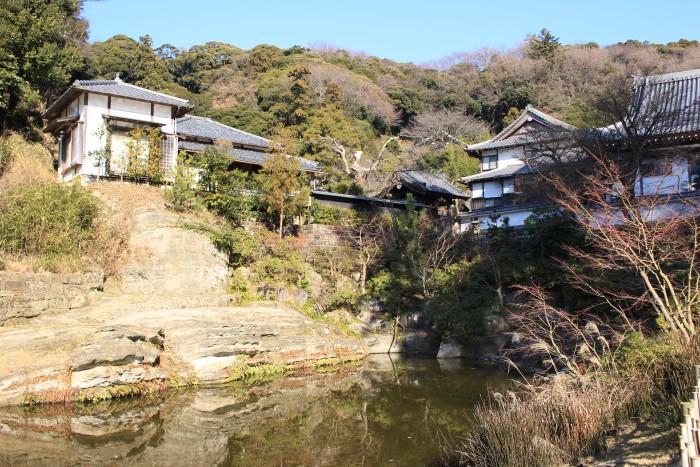 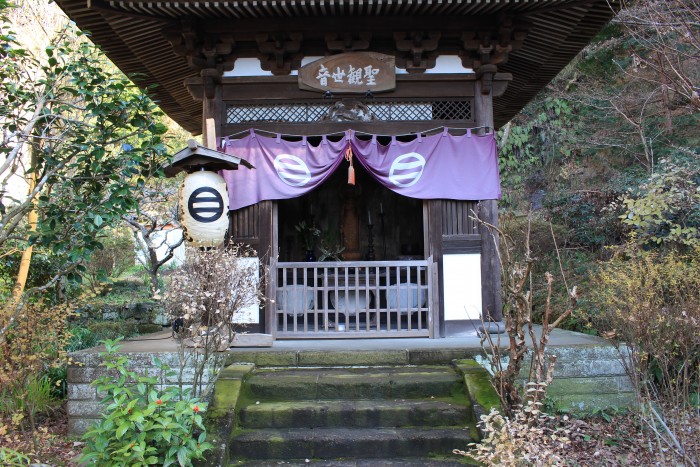 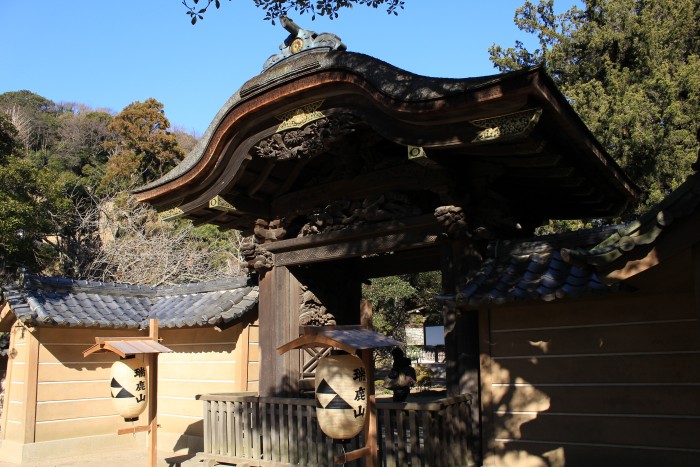 Despite the importance of Engaku-ji, the site was quiet, with only perhaps a dozen or so other people visiting at the time. Engaku-ji sits in a canyon, the air of which was naturally scented with pine. I went all the way to the back of the site, then looped back to climb up to one of the key sights of the complex, the Great Bell. 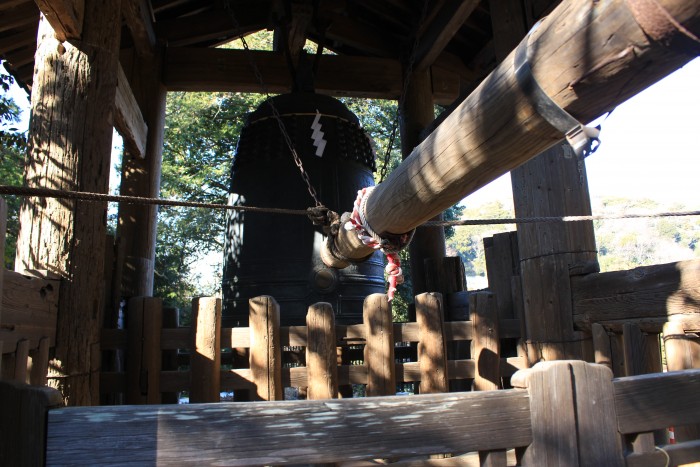 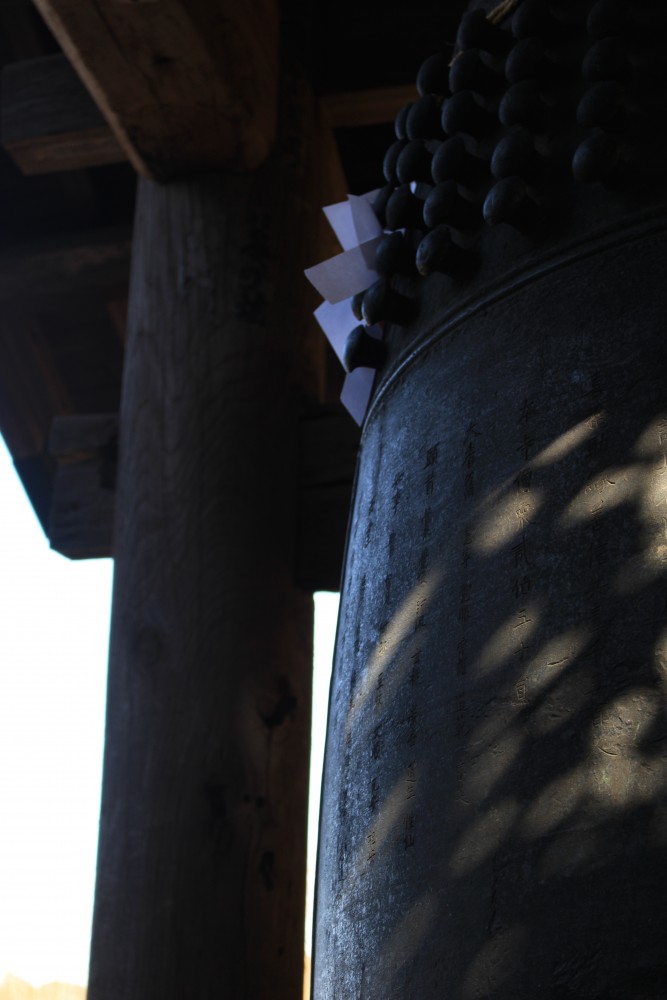 The bell was made in 1301 and is listed as a Japanese National Treasure. I resisted the urge to ring it, and then headed back down the hill after admiring the view, which stretched all the way to Mt. Fuji.

Due to my earlier lack-of-breakfast experience prior to starting my Kamakura day trip, I was starving. There was only one issue: the area near Kitakamakura station is bereft of anything but houses, Engaku-ji, and the station itself. This is at least the case along the road that passes to the east of the train tracks. I assumed there would be more if I walked toward Kamakura, and I was correct. I found a noodle shop called 鎌倉五山 (Kamakuragosan). I didn’t necessarily need more soup, but given the limited options, it was the best I was going to do. 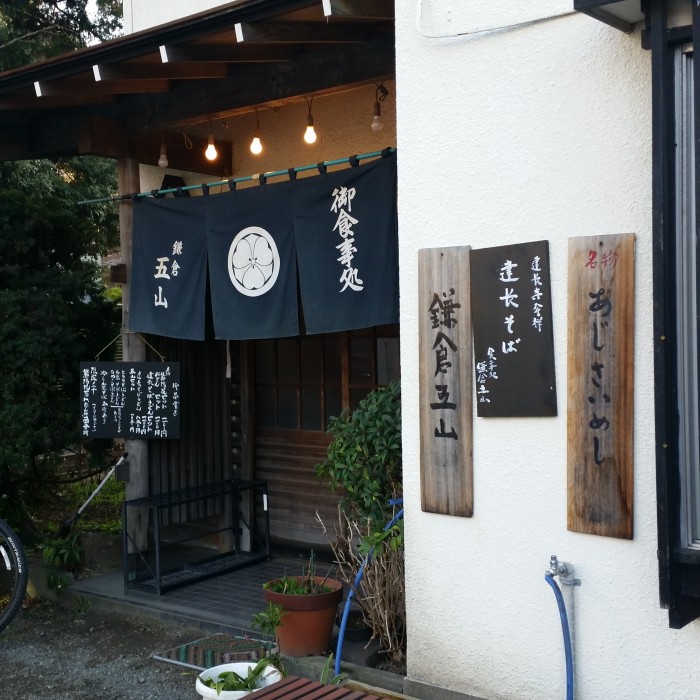 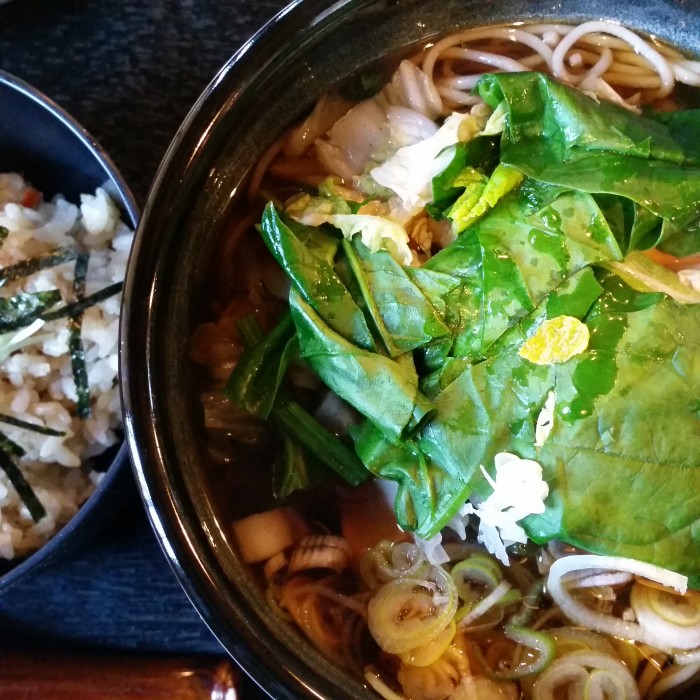 Of all the restaurants I went in Japan, this was the least outwardly friendly to non-English speakers, but even then, I was just fine. The service was still great. With no English on the menu, I pointed to a photo, and received my udon noodle soup. It had more vegetables than to my liking, but was otherwise tasty. The walls of the restaurant had a few autographs on them from unknown celebrities, so I was not the only famous person to have eaten here.

Jochi-ji was my next stop after lunch. It’s another temple complex, smaller than Engaku-ji. The temple sits at the beginning of the Daibutsu Hiking Course, a trail that leads from Kitakamakura into the hills above Kamakura and eventually to Daibutsu (Great Buddha). We’ll get through the full hike eventually, but let’s start with Jochi-ji. 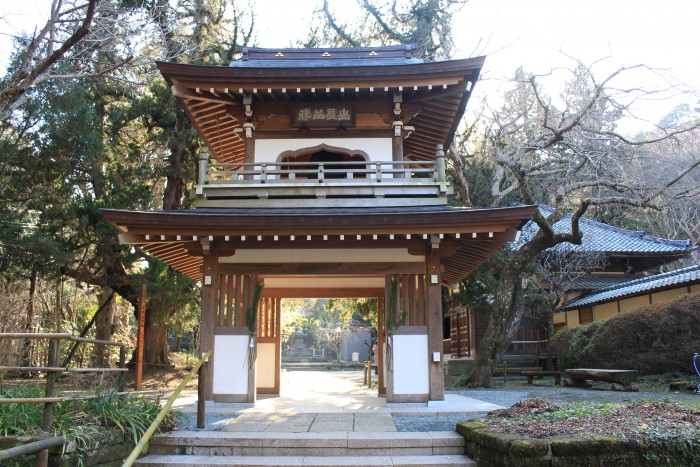 Much like Engaku-ji, Jochi-ji was peaceful. It was cut into a canyon as well, even more dramatically so. The hillsides were filled with burial plots. There were also interesting wood animal carvings around the site. 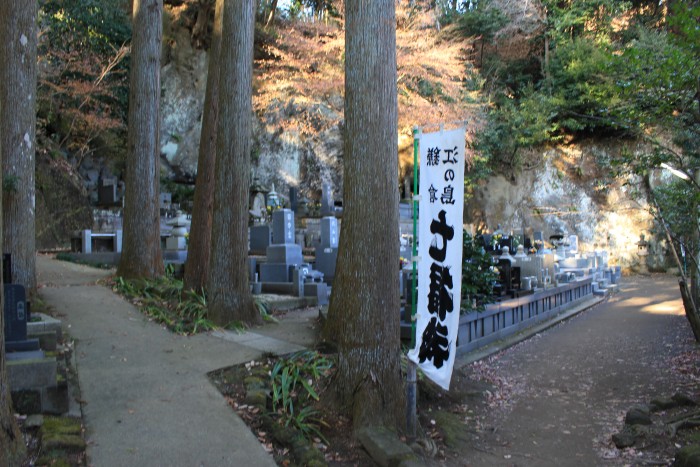 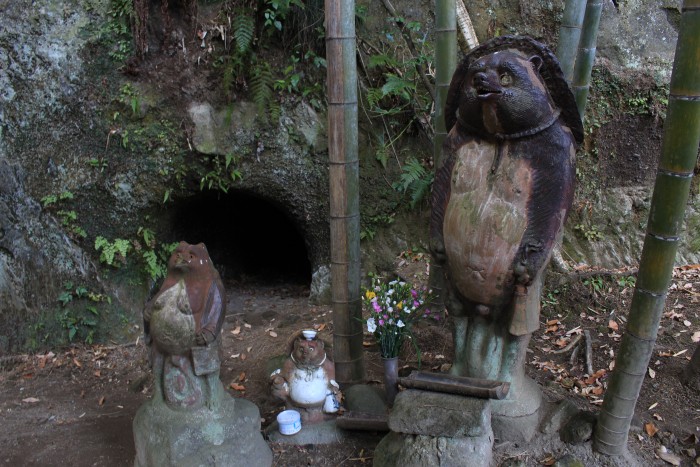 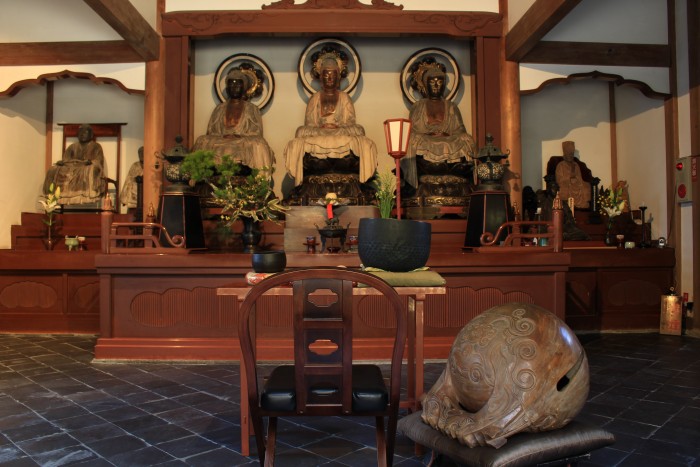 Exiting the grounds, I followed the Daibutsu trail further into the hills. It started as a quiet street, with moss & squirrel-covered rooftops, but then became an actual dirt trail not long after. 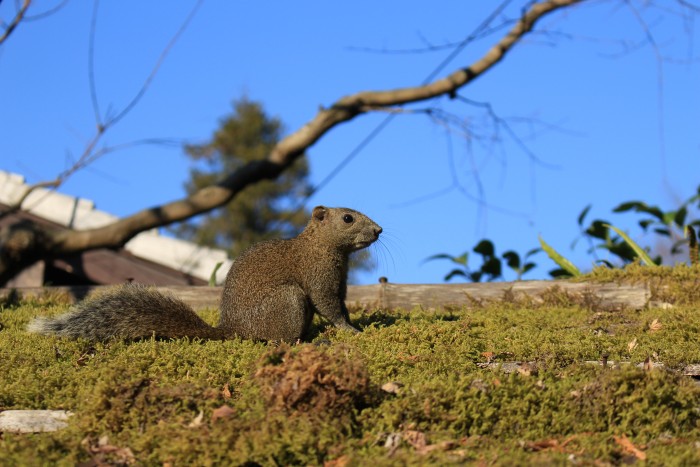 The first part of the trail was well maintained, but as I climbed, it became less and less so, eventually becoming a bit hard to find as I scrambled over dirt & tree roots. I would say that the Daibutsu Hiking Course is intermediate, but then I passed these guys who were heading the other direction on the trail. 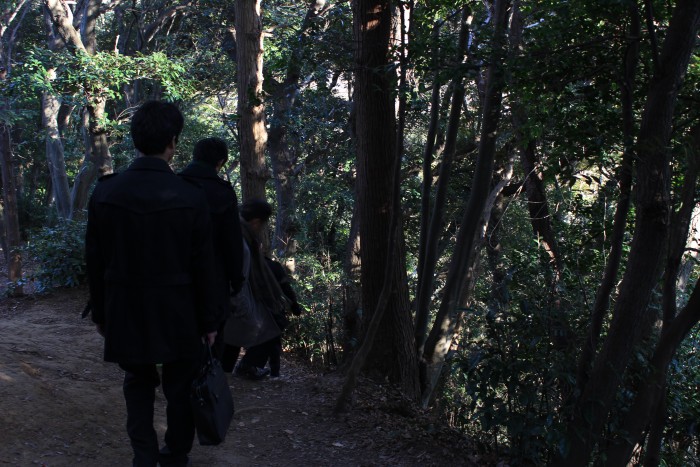 If you can hike it in a business suit, then I suppose it’s not that difficult to hike. Still, I’d recommend hiking boots for the trail, as there are some areas that are not well-maintained, or even well-marked.

I passed by Zeniarai Benten Shrine, only taking a brief glimpse inside as I wanted to get through my hike before it got dark. Continuing along the Daibutsu hiking trail, I reached a point where the path split. Unfortunately, there was nothing marking where I should go, and Google Maps was failing to put be in the correct location. I decided to play it safe, taking the branch of the trail that went downward toward Kamakura, rather than continuing further west and staying in the hills. Looking at the map now, I could have easily reached Daibutsu going either way. The path through the hills would have kept me more in the park, but had I gone that direction, I would have missed another interesting Shinto shrine called Sasuke Inari Shrine.

Sasuke Inari Shrine is dedicated to inari, the Shinto kami of foxes, of fertility, rice, tea and Sake, of agriculture and industry, of general prosperity and worldly success, and one of the principal kami of Shinto, according to Wikipedia. Legend has it that the Sasuke Inari Shrine was constructed by Minamoto Yoritomo, who was visited in a dream by a fox who instructed Yoritomo of the timing to begin battling his enemies. Victorious, Minamoto built the shrine to honor the fox. As such, the shrine is filled with thousands of fox figurines of various sizes. 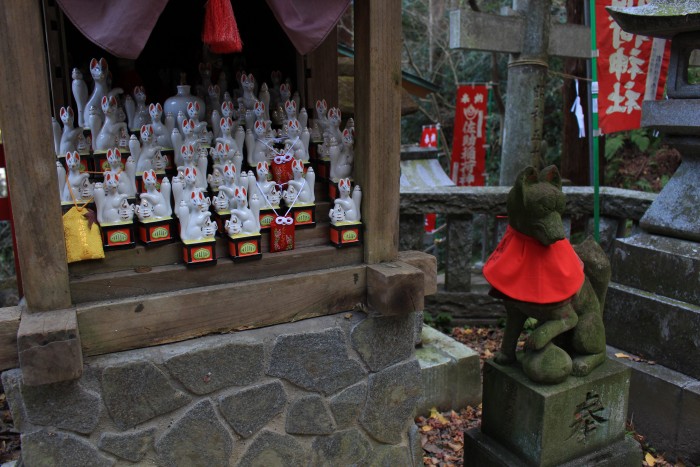 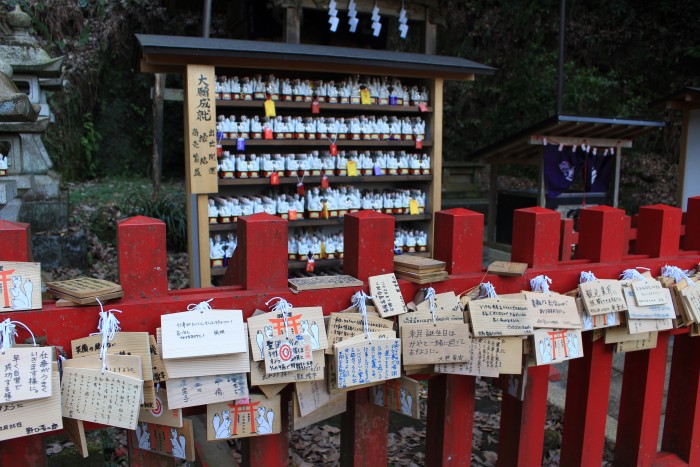 According to Kamakura Historian Shimizu Ginzo, the hidden village that was adjacent to the shrine was the dwelling of a band of people that were the antecedents to the Ninja. The remoteness and easy defensibility provided the necessary seclusion to conduct their activities which included elimination of enemies of the Kamakura Shogunate

While going this route meant I would walk through more suburban neighborhoods rather than in the hills, I was glad that I got to see one of the more unique shrines in Japan on my day trip to Kamakura. I didn’t see any ninjas, but that’s kind of their whole point. 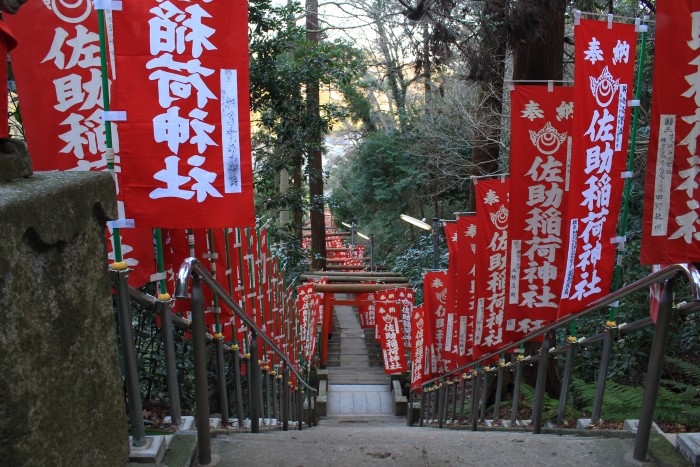 I continued southward down the rest of the hill, through the suburbs of Kamakura, and eventually reached Kōtoku-in Temple, home of Daibutsu, which translates to giant Buddha. The name is indeed appropriate. 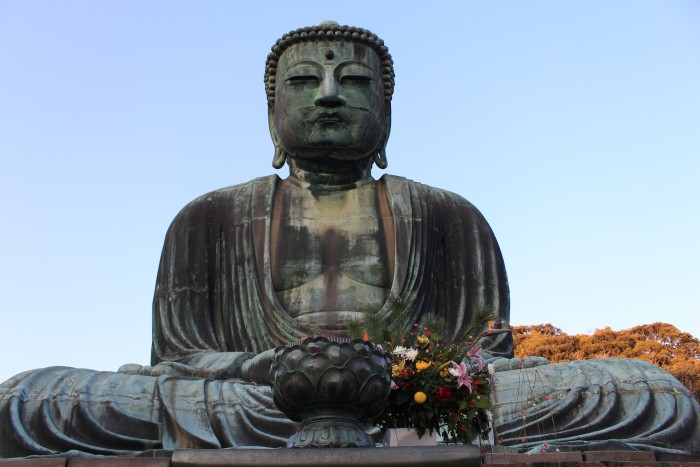 That’s one giant Buddha, for sure. Including the platform, the Great Buddha of Kamakura is 13.35 meters high. The statue weighs 125 tons. Historians are not sure when it was exactly built or how much of it is still the original statue, but it is judged to have been made somewhere around 1252. To some degree or another it has survived storms, earthquakes, and even a tsunami that destroyed Kamakura in 1498.

The sun was setting, but with the face of the Giant Buddha pointing toward the south-southwest, the statue was still bathed in the fading light.

Visitors were praying & burning incense in front of the Buddha. It’s possible to go inside of the statue, but when I was there the entrance was closed, possibly because it was near the end of the day. 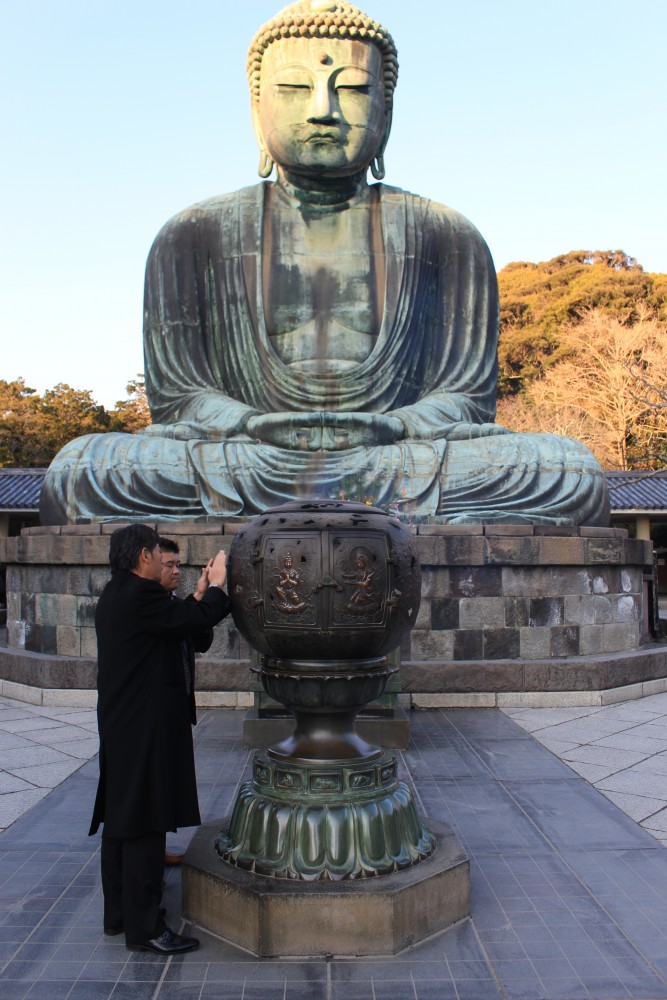 I used the restroom (not noteworthy), and then washed my hands (again, not noteworthy, but stick with me for a second). One thing I noticed all over Japan was that many restrooms had very cold water for handwashing, and then would have no way to dry your hands. No paper towels, no fancy robot dryers, nothing. My hands were so cold after leaving that restroom that I immediately bought a warm can of hot chocolate from a nearby vending machine. I’m convinced that the entire setup is intentional, so they can get people to buy warm drinks. 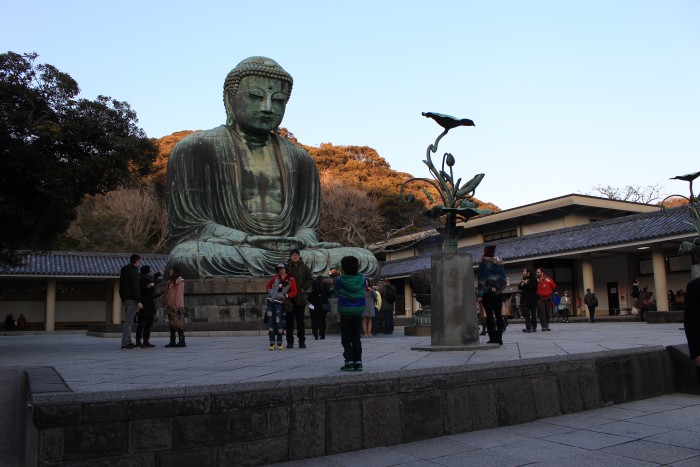 Leaving the Great Buddha behind, I headed for the main part of Kamakura. The streets were crowded, with many of the people heading to or coming from the place I was about to visit, Tsurugaoka Hachimangū.

Tsurugaoka Hachimangū is another important Shinto shrine. The city of Kamakura surrounds the large complex, which is slightly elevated above it. It was dark by this point, so I could only explore so much, but the grounds were impressive. 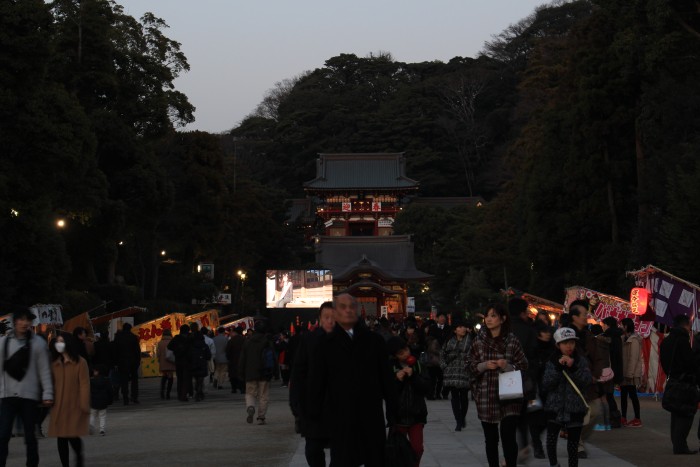 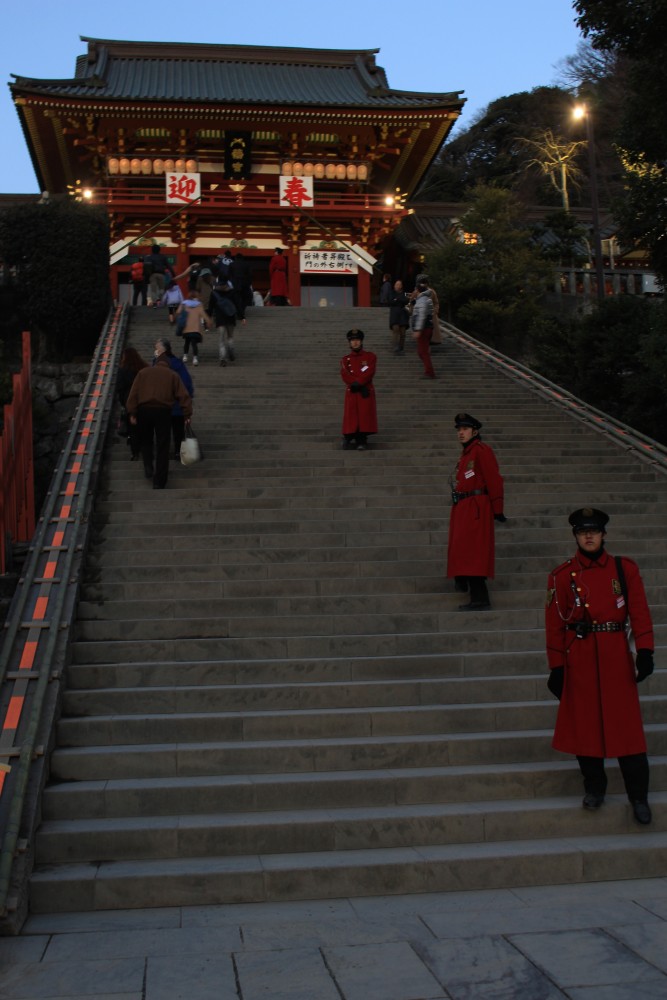 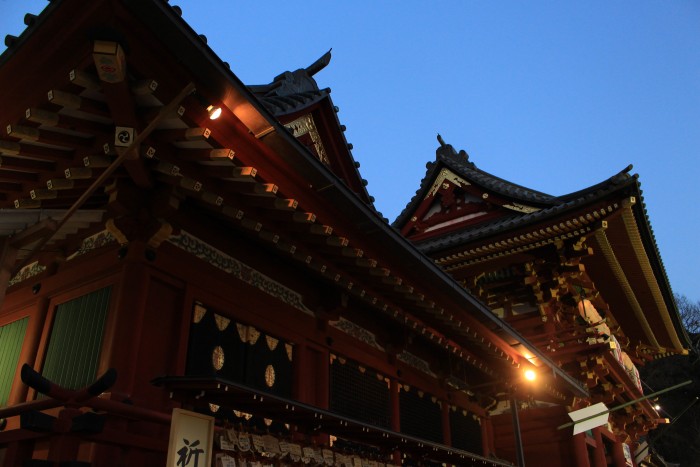 I passed by a few restaurants on my way to the Kamakura train station, but nothing stood out, and I wasn’t quite hungry yet. There was something specific I wanted, but hadn’t had yet in Japan. I would be patient & wait to get it back in Tokyo.

After finishing my Kamakura day trip, I spent the evening hanging out in Roppongi, heading to a few craft beer bars that are clustered in the neighborhood. In between, I finally had one of my favorite dishes, katsu curry, at a place called Gogo Curry. 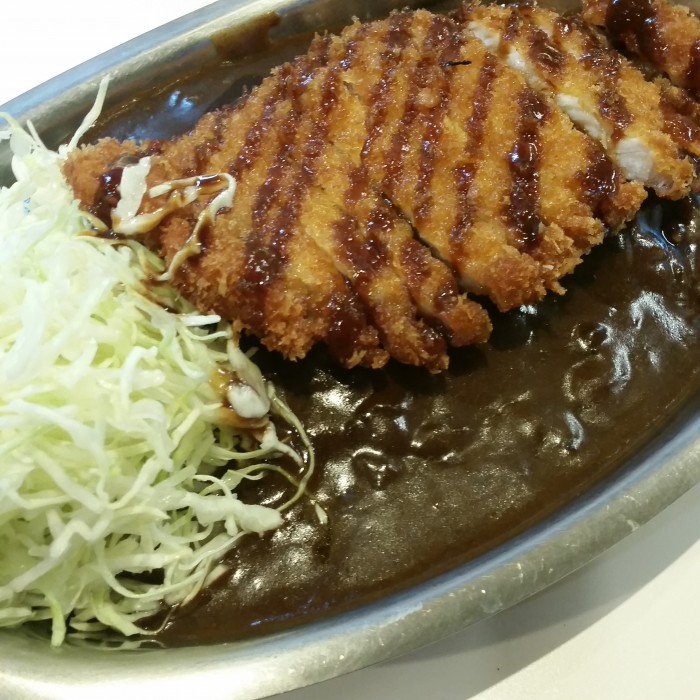 Katsu curry is a fried, breaded piece of flattened pork that is then covered in a curry gravy and served with rice. It’s as magnificent as it looks. In between beers on a cold Tokyo night, there’s no better meal.

Kamakura is close enough to Tokyo that it makes a perfect day trip. It’s amazing that such serene hills and temples exist just outside of this massive urban area. If you spend a decent length of time in Tokyo, I highly recommend a day trip to Kamakura