I visited Kumagaya, Japan during the 2019 Rugby World Cup. It’s located about an hour or so outside of Tokyo, on the way to Yuzawa & Niigata. While I was there, I went to a couple bars that served craft beer. 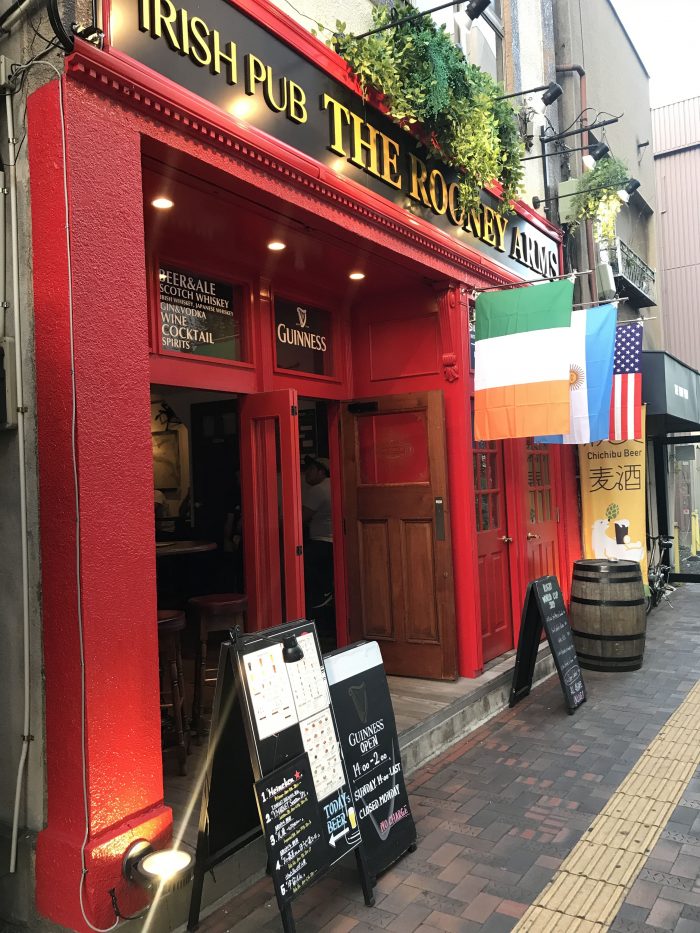 Ah, the Irish pub. You can find them all over the world, wherever you go. These days, at the very least you’re guaranteed a pint of Guinness, but sometimes they’ll also have a few craft beers as well. That’s exactly the case with The Rooney Arms in Kumagaya. In addition to being a popular hangout during the Rugby World Cup (some Team USA players ended up there after their match vs Argentina), it’s also the best place for beer in Kumagaya. 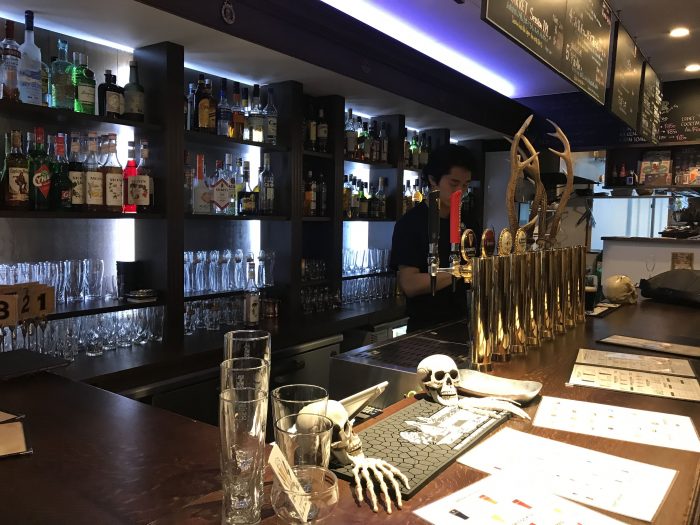 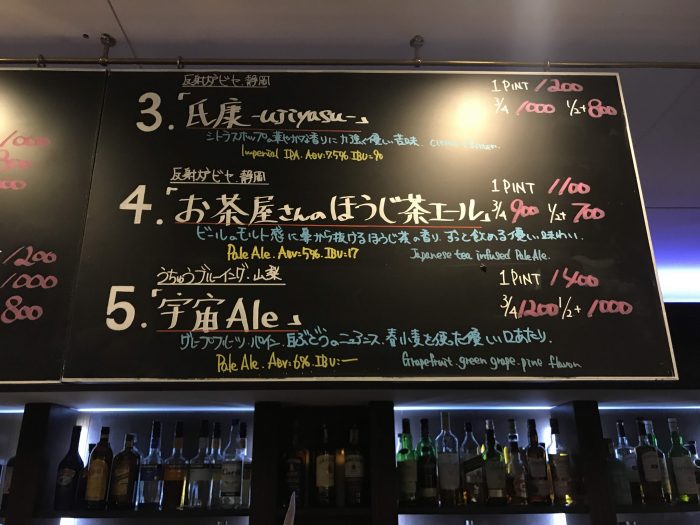 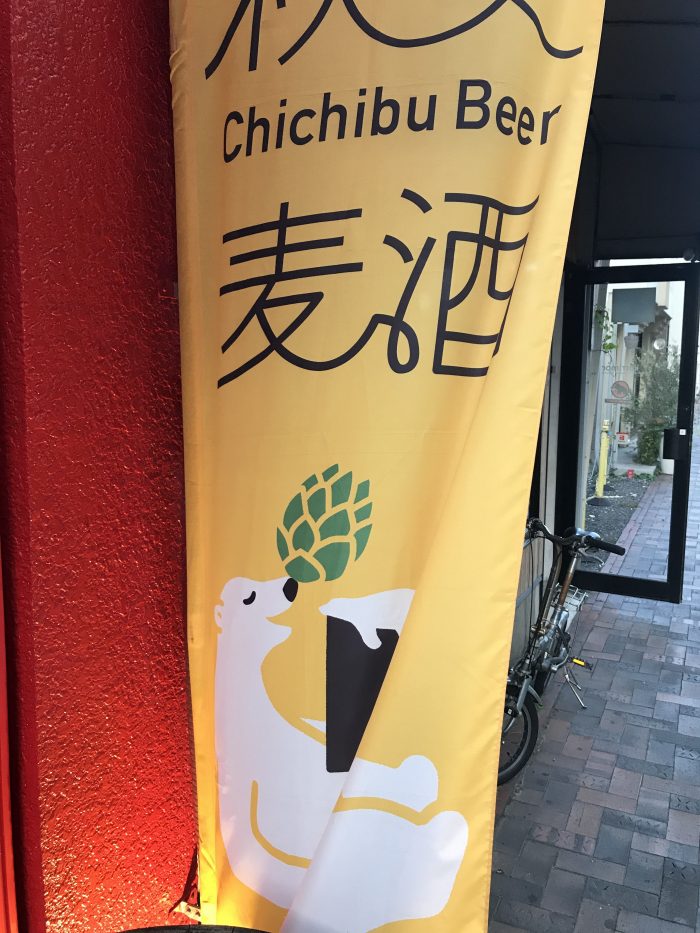 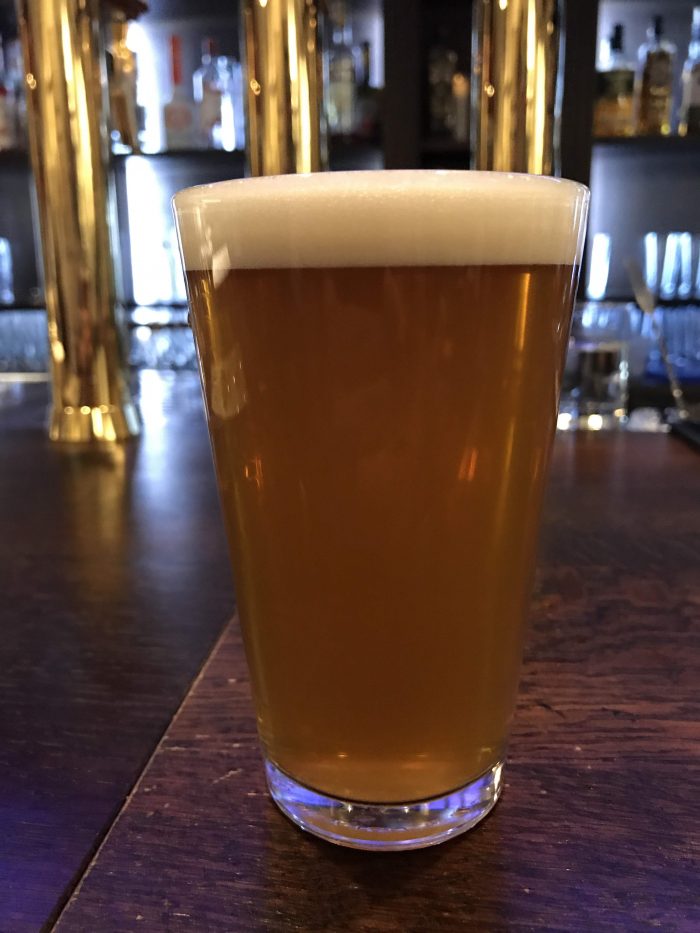 I watched more rugby on the bar’s TVs, including the Scotland v Russia match. There was a fun international mix of people in the bar, which served standard pub fare. I don’t know what The Rooney Arms is like when the Rugby World Cup isn’t going on, but the bar has been in Kumagaya since 1991, so clearly it’s doing something right.

To experience a more authentic Japanese bar in Kumagaya, visit Dog’s Nose. This hole-in-the-wall near the Kumagaya train station is an intimate bar with cool music, good food, and a couple of craft beers. 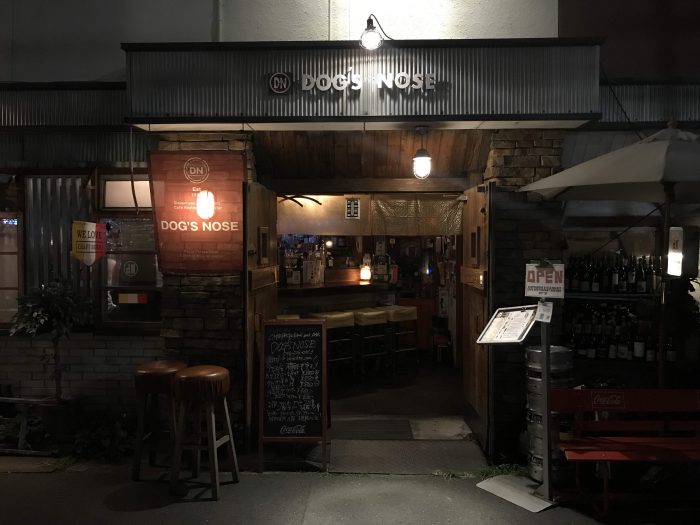 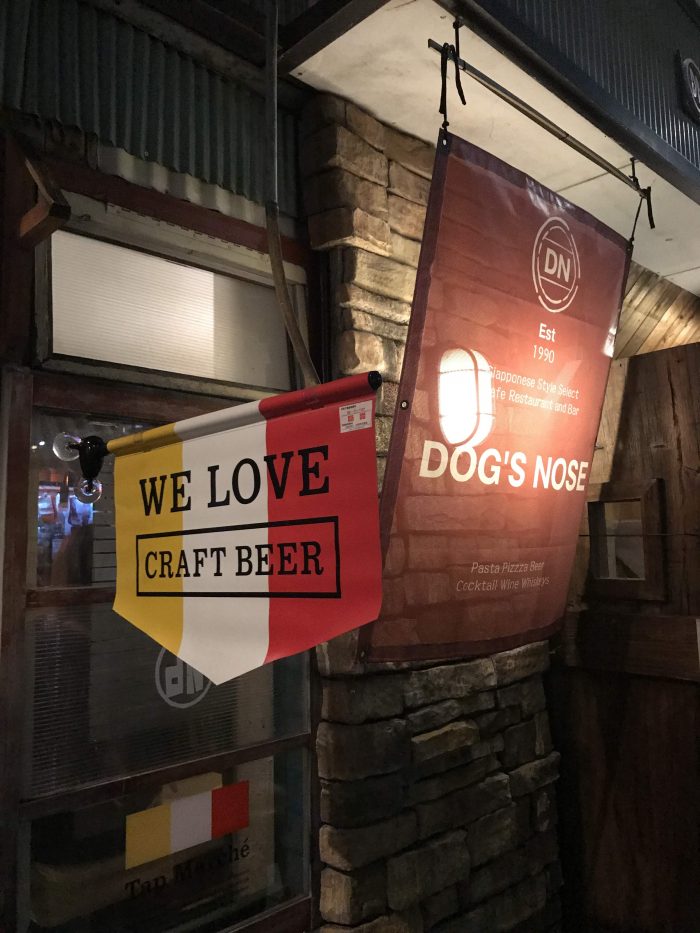 The beer is from a Tap Marché system, a Kirin offering that allows smaller bars & restaurants to serve 2-4 different craft beers. In a larger city like Tokyo, you can do better than places that offer it, but in a smaller city like Kumagaya, the Tap Marché system gives you a few more beer drinking options. Recent beer options at Dog’s Nose included Far Yeast Tokyo IPA, Yo-Ho, and a Spring Valley collaboration with Widmer. It’s not the biggest selection, nor is it quite the level of The Rooney Arms, but the beers are decent enough. 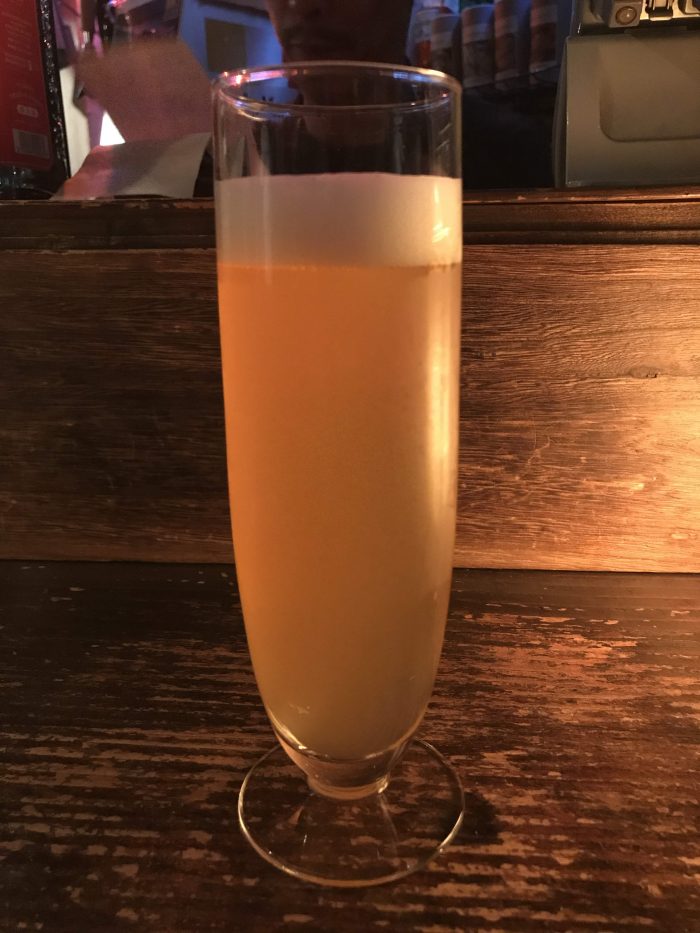 Should you want to drink something else, Dog’s Nose has a nice whiskey selection, including Japanese whisky, plus wine & shochu. The food ranges from pizza & pasta to Japanese snacks.  I had a nice plate of karaage, then apples with olive oil & gorgonzola cheese for dessert. It’s not a combo I’d had before, but it’s actually quite nice. 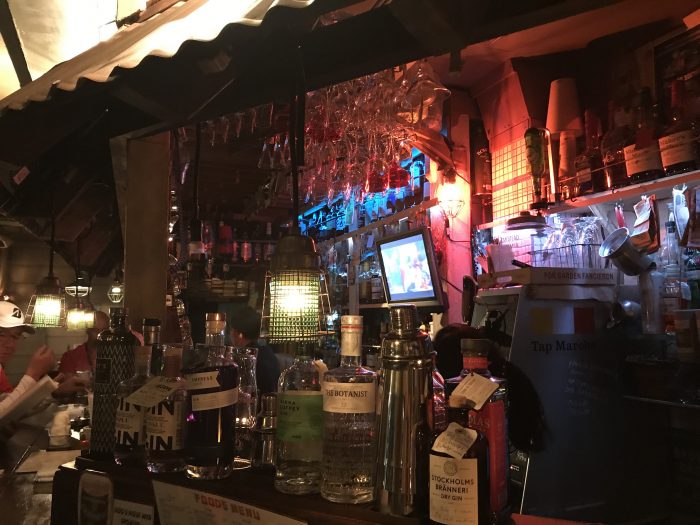 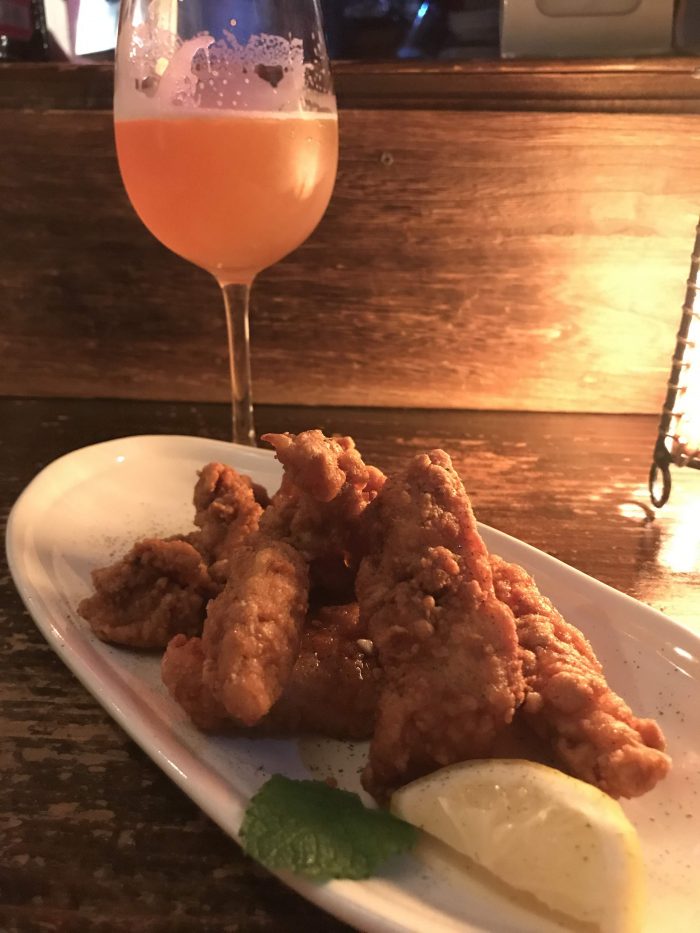 The atmosphere at Dog’s Nose is fantastic. Unlike a dog’s nose, it is neither cold, nor wet. Since 1990, owner Hiroshi “Bob” Saito has created an intimate spot that plays funk, soul, jazz, & underground music. He’s also a musician & producer. Take a seat at the bar, in the corner, or upstairs, & have a fun night out. 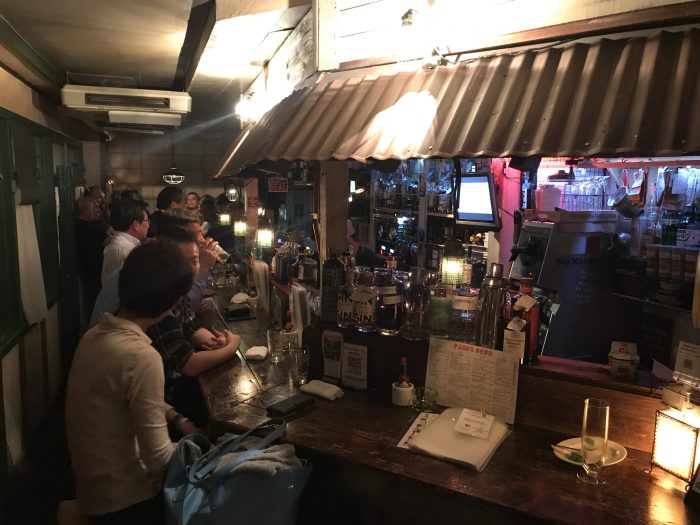 After the rugby, Dog’s Nose was one of the highlights of my trip to Kumagaya. While I started my evening out looking for decent craft beer in Kumagaya (and successfully found it), the best part of my night was finding this cool little bar that I wouldn’t have expected in a small city. If you’re ever in Kumagaya, I highly recommend stopping in for food, drinks, & music.

Have you spotted other great Kumagaya craft beer spots or bars? Let me know in the comments! 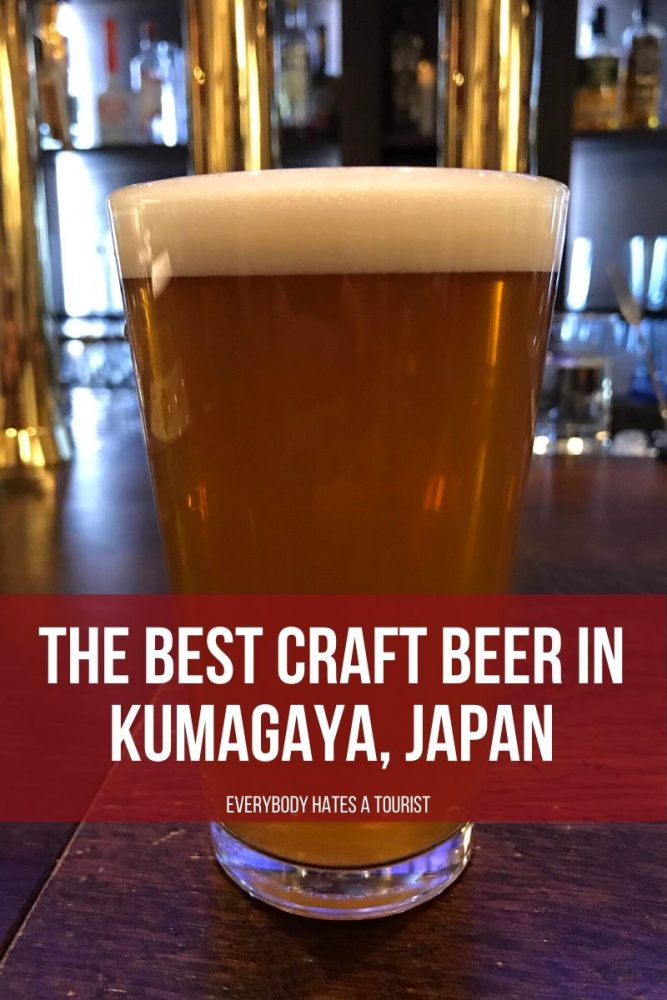