On my way to Portugal, I had yet another connection, this time in Geneva, Switzerland. I had a little over an hour in the airport. There are three Priority Pass lounges right near each other in the Geneva Airport, so I decided to make a speed run of all three. They are located upstairs from the main part of the concourse. The first one I visited was the Swiss Business Class Lounge. After that, I visited the Dnata Skyview & Swissport Horizon Lounges.

The Swiss Business Class Lounge Geneva is run by Swiss International Airlines. I had access with my Priority Pass, by virtue of having a Citi Prestige Credit Card, but I also had access since I was flying in business class on TAP Portugal, another Star Alliance airline. 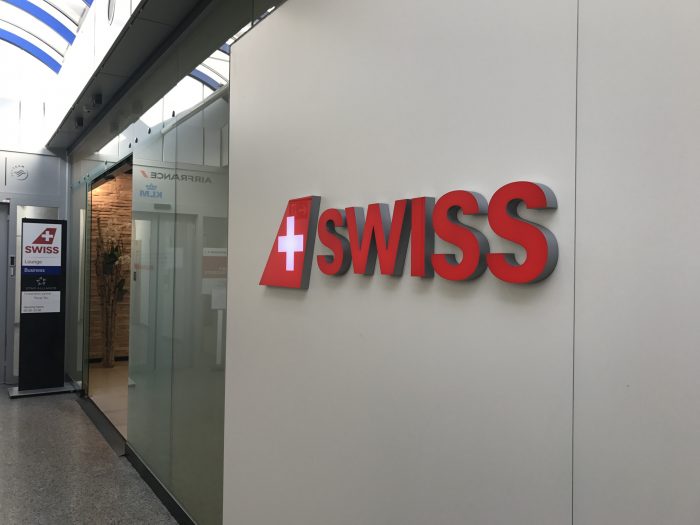 Upon entering, it was immediately clear this was a nice lounge. It was airy and bright thanks to having an entire wall of windows, and there was a ton of space. Everything was clean and modern. 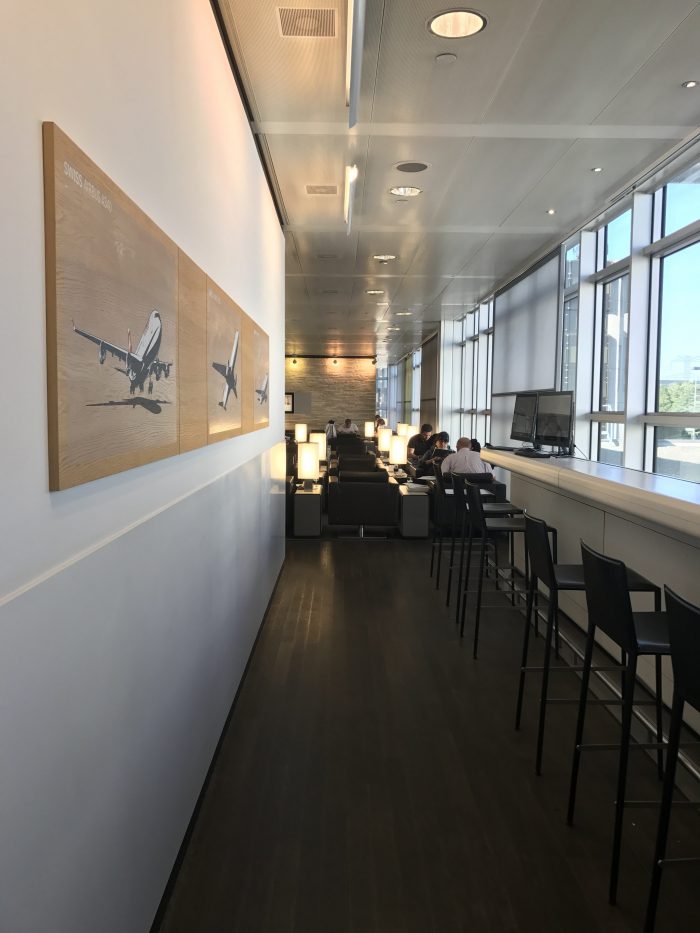 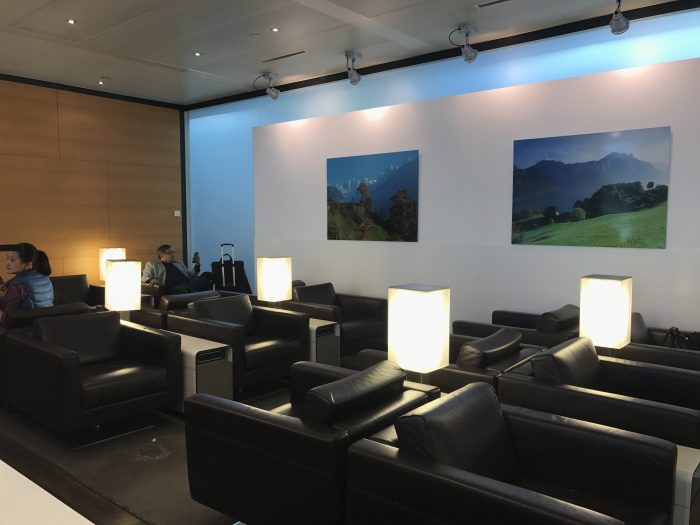 The food selection wasn’t huge, but some thought had gone into the menu to make it different from the typical fare found in most airline lounges. Almost all of the food could be described as healthy.

There was falafel, which I had never seen in a lounge before. They had two kinds, one with spinach and one with beets. 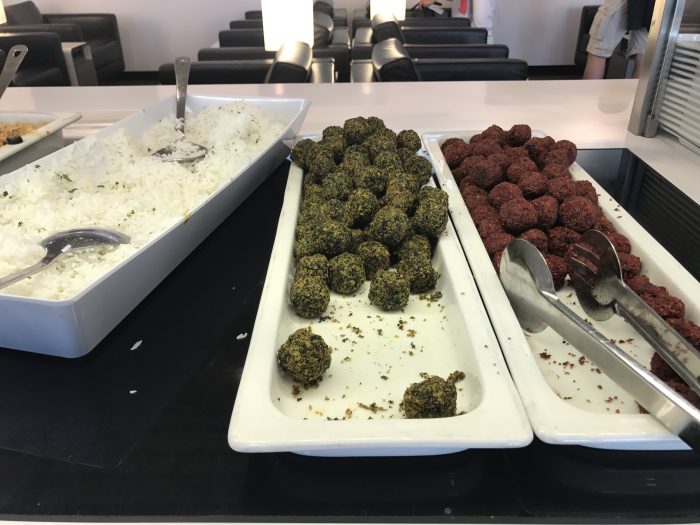 There was also a variety of vegetables & salads. 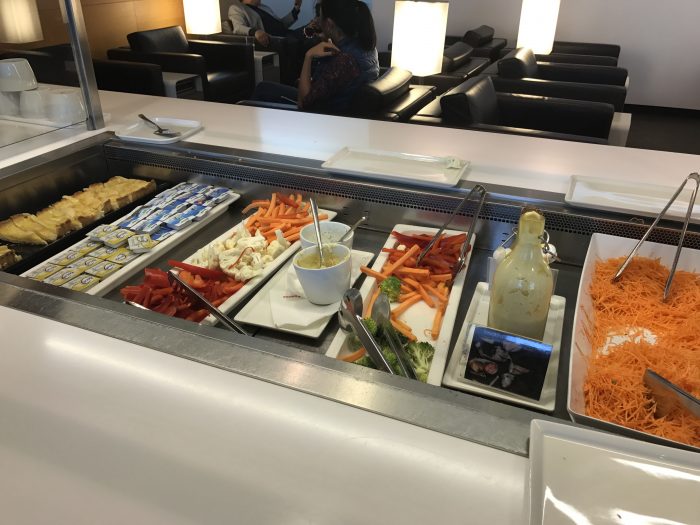 For dessert, there was apple pie. 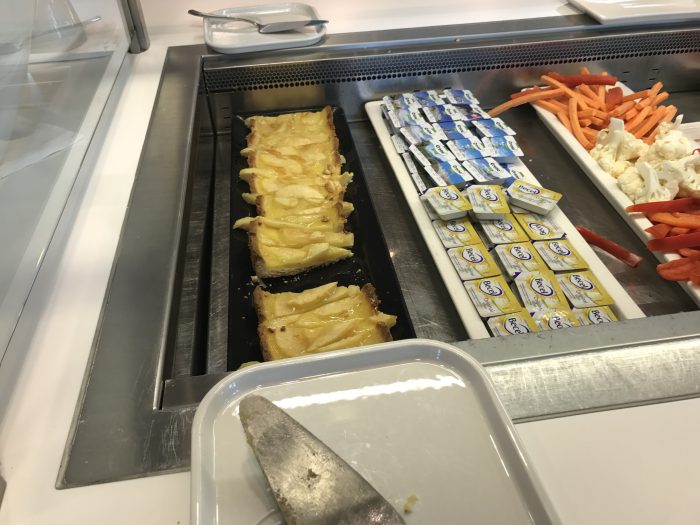 There was beer and wine, of course, with a selection of self-serve liquor. 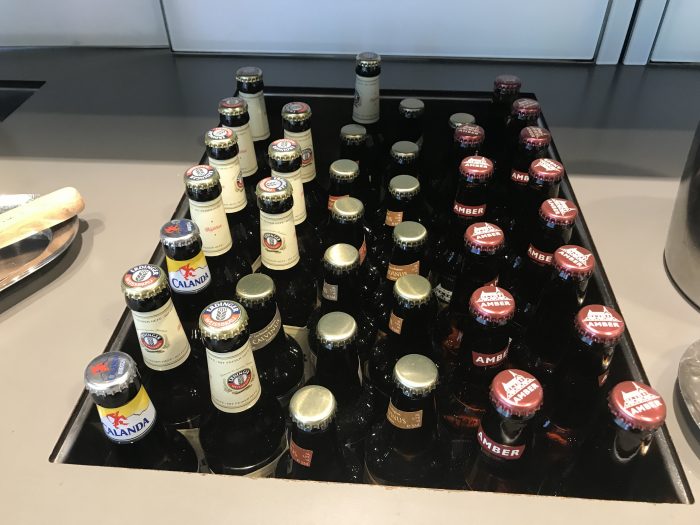 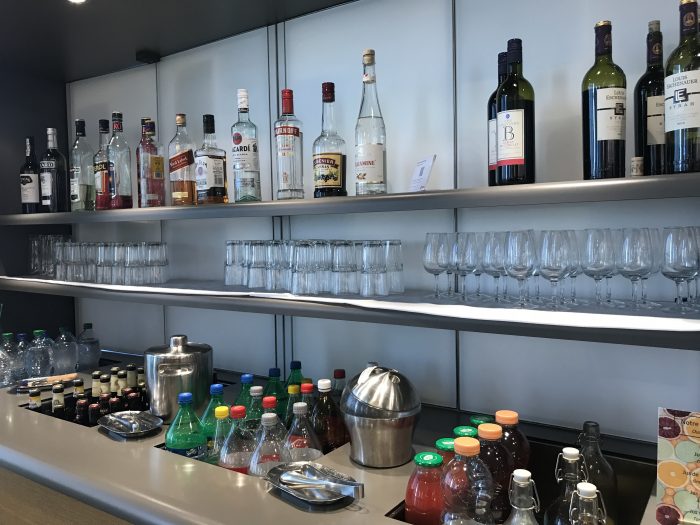 When I visited on a weekday afternoon, the Swiss Business Class Lounge Geneva was quiet and had tons of space available, especially toward the back. It was actually almost silent. 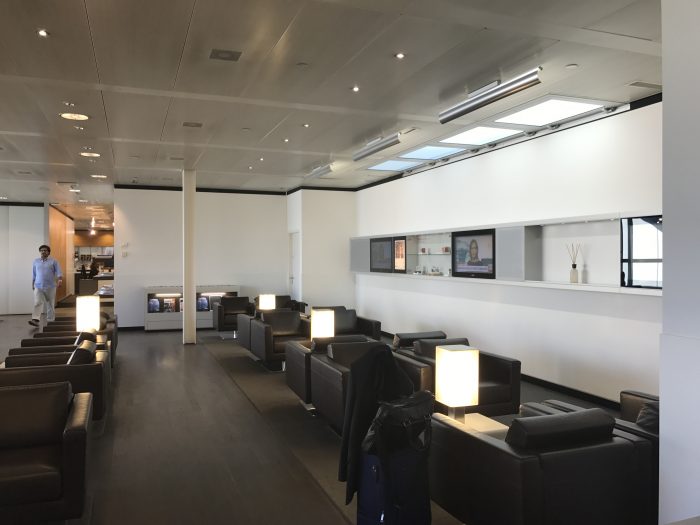 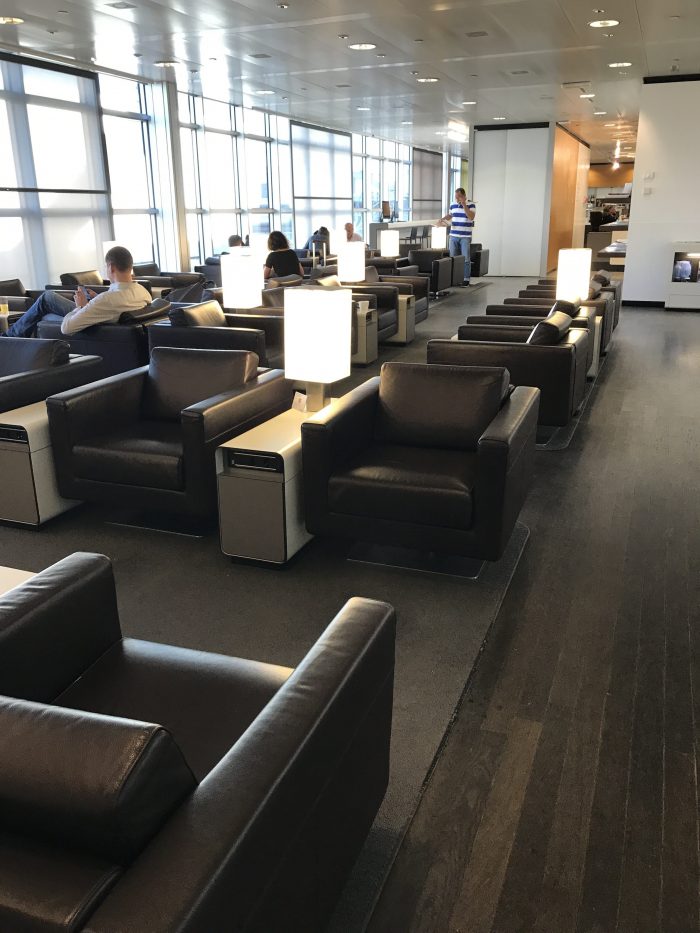 One of my favorite qualities in an airport lounge is if there are lots of seats that are well-suited for solo travelers. The Swiss Business Class Lounge had plenty of these, along with places to charge devices. The WiFi was also solid. 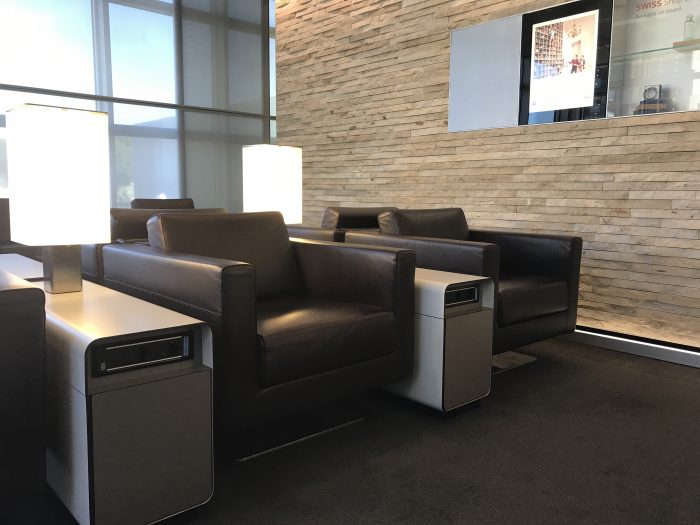 The Swiss Business Class Lounge Geneva Airport might not have spectacular amenities, but if you are looking for a nice quiet place to relax, along with some decent healthy food, it’s a great lounge. It gets all the little things right.