On my way to Portugal, I had yet another connection, this time in Geneva, Switzerland. I had a little over an hour in the airport. There are three Priority Pass lounges right near each other in the Geneva Airport, so I decided to make a speed run of all three. They are located upstairs from the main part of the concourse. The third one I visited was the Swissport Horizon Lounge. I also visited the Swiss Business Class & Dnata SkyView Lounge.

The Swissport Horizon Lounge Geneva is the first Priority Pass lounge you encounter as you head upstairs. As such, you might be tempted to check it out first. Resist the urge. It’s not a terrible lounge, per se, but if you have a Priority Pass card, you are much better off going to either of the other two lounges. 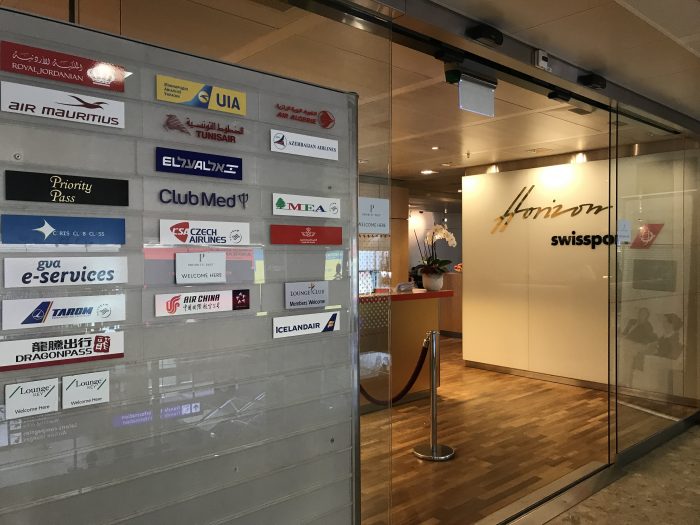 Possibly because it’s the first lounge people see, the Swissport Horizon Lounge is the most crowded for the space. The fact that it’s also the smallest and darkest lounge does not help this. The sun was around on the other side of the building, so perhaps it’s brighter earlier in the day. There are a lot of dining tables to sit at, but not many seats that I would consider to be relaxing. 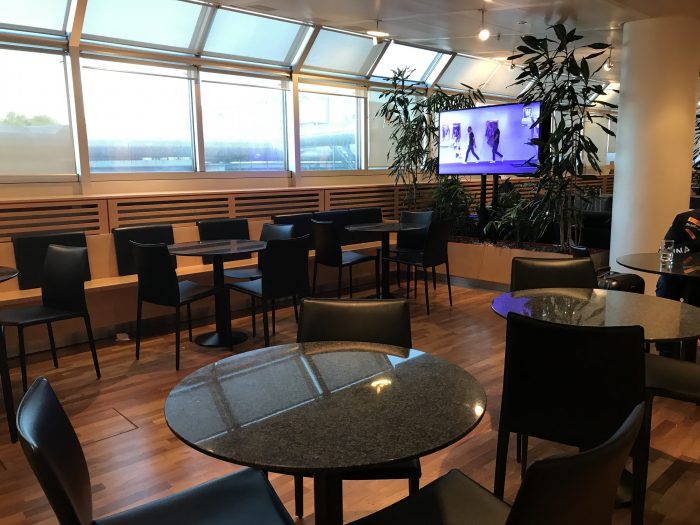 The food included some ready-made sandwiches and bagels, along with a few snacks. There was no hot food. 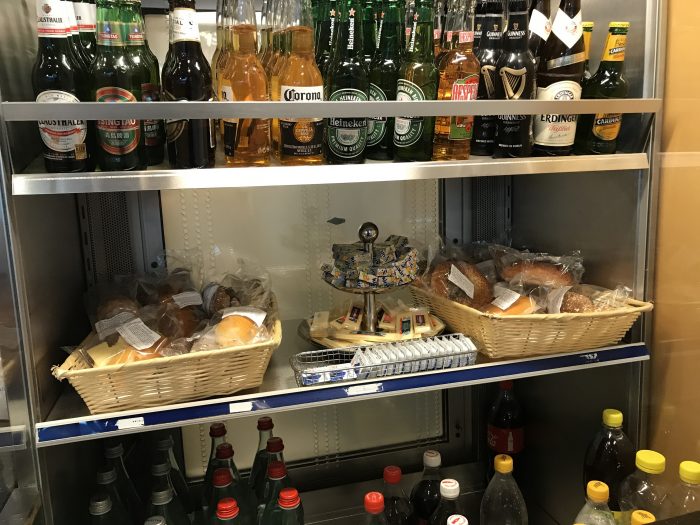 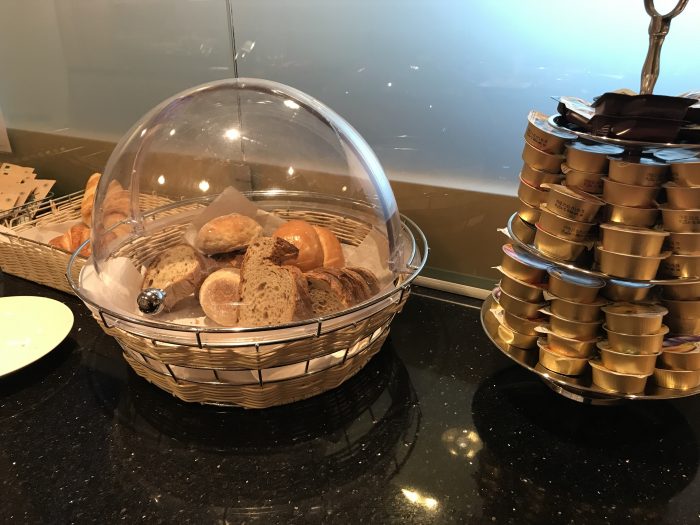 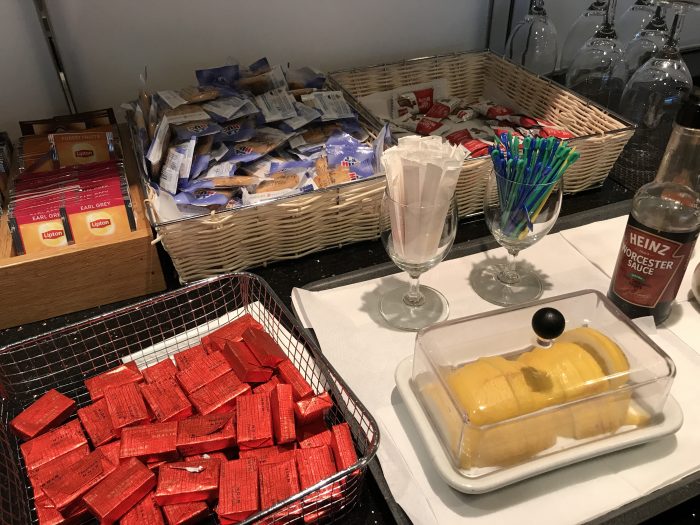 There was also a basic liquor, wine, and beer selection. 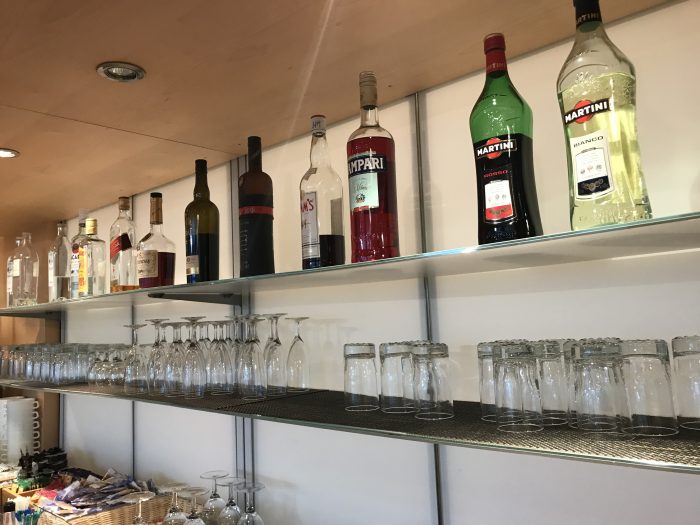 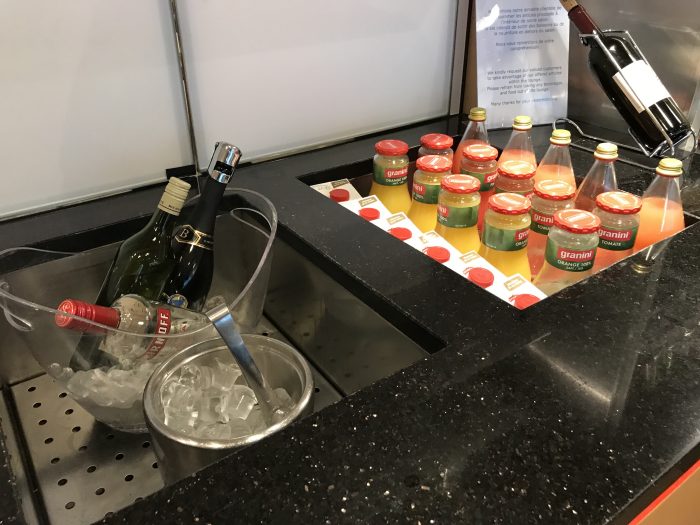 The lounge did have a lot of fresh fruit. 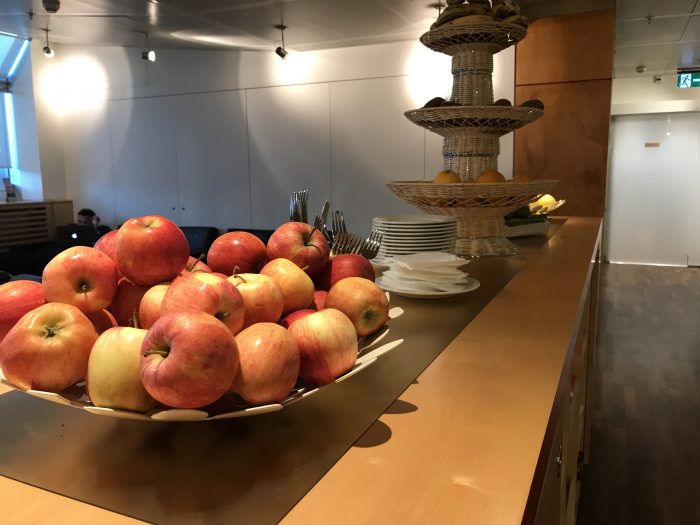 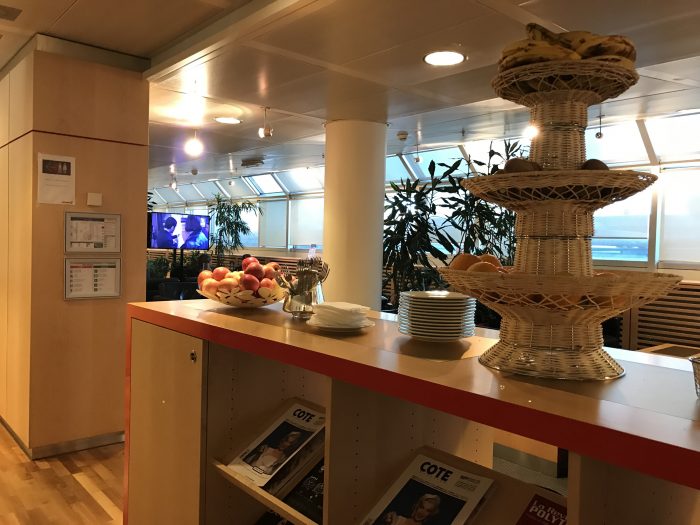 The Swissport Horizon Lounge seems to exist solely to serve an obscure list of airlines, with a few other lounge access programs added in. If this is the only lounge you can get into in Geneva, then fine. If you have a Priority Pass, go to the Swiss Business Lounge or the Dnata SkyView Lounge instead.