Upon our arrival in Umeå, we walked around for a little bit, visiting the Visitor’s Center first, then heading to nearby Rost for lunch. After lunch, Tinna from Visit Umeå led us on photo walk around the city, showing us many of Umeå’s sights while telling us about the city’s history.

Umeå is the cultural center of the Vasterbotten region. It’s known for its university, as well as music, sports, and historically for its military installations. In fact, it was the site of Sweden’s last war, in 1808. The city went through a massive fire in 1888, but was rebuilt. When it was rebuilt, wide streets were lined with birch trees, earning Umeå the nickname, “City of Birches.” 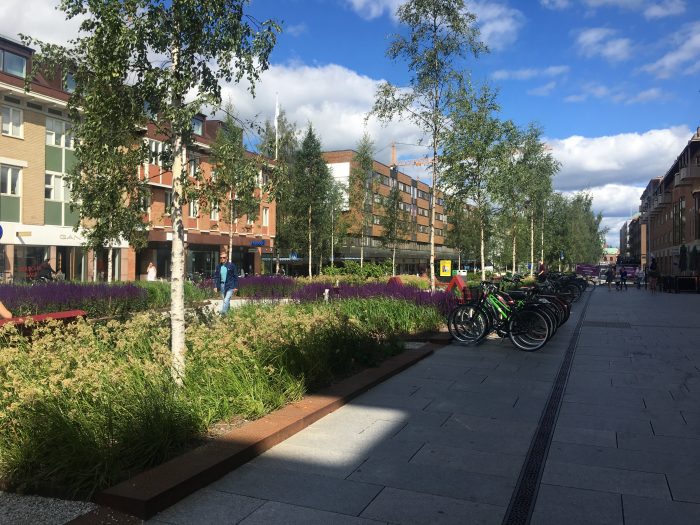 Thanks to the university, Umeå is a very young city, with an average age of 38, and one-third of the residents are students. This has led the city to have lots of the sorts of things that students like, from nice open gathering spaces to great food & drink. There are plenty of parks, and the city is very bike friendly, as you would expect from a young city in Scandinavia. All of this culminated with Umeå being named a European Capital of Culture in 2014. 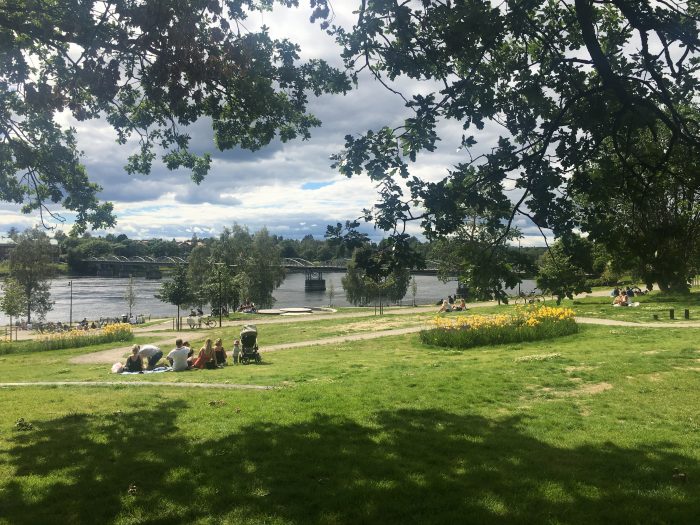 The city is a combination of both old and new. There are beautiful old buildings, such as the Umeå Town Hall and the block that includes the Stora Hotellet and several fine restaurants. 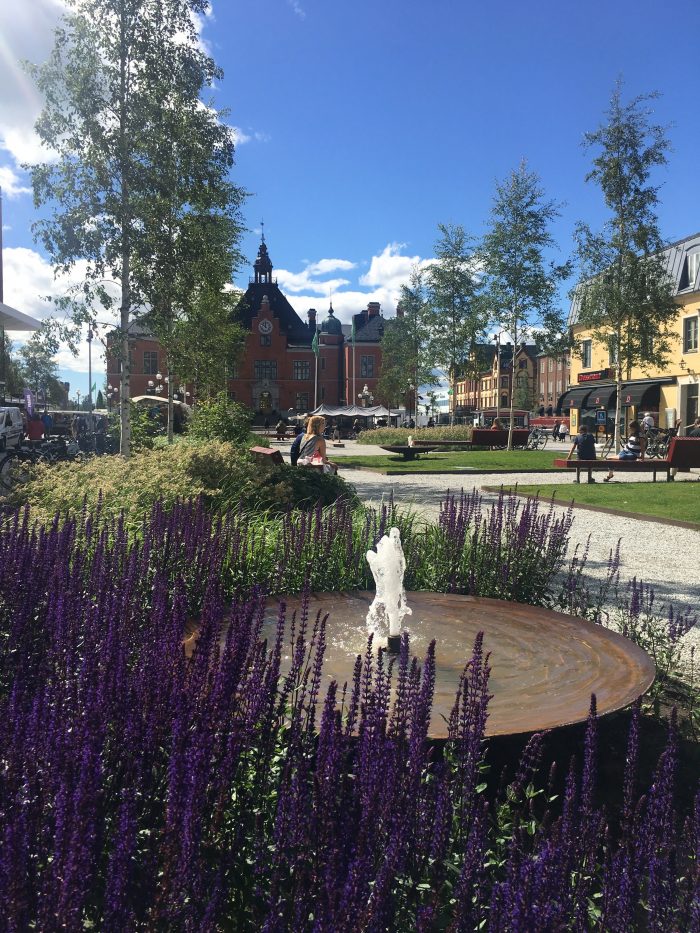 Sitting right next to the Stora Hotellet is Umeå’s Culture House, which opened just two years ago and includes a library, museum, and other cultural venues. The contrast of the two buildings right next to each other makes for some cool photos. 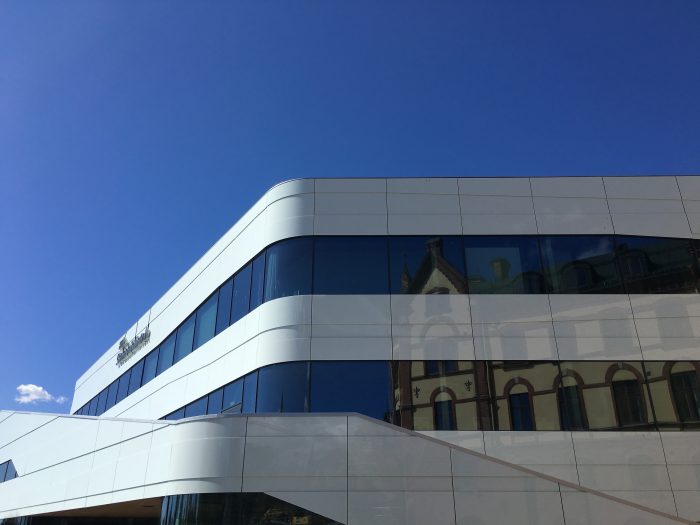 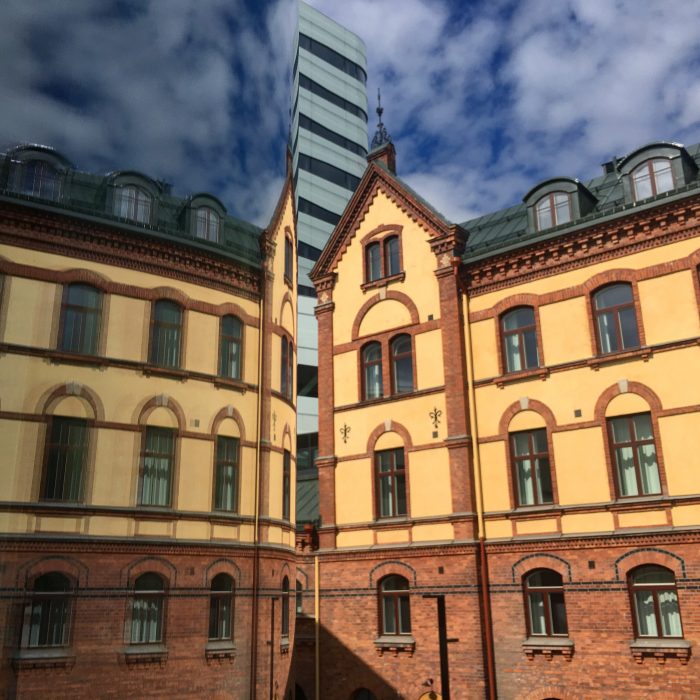 Inside the Culture House is the Women’s History Museum (Kvinnohistoriskt), which I had the opportunity to make a quick visit to on my last day in Umeå. The museum is through the library, on the 4th floor of the complex. 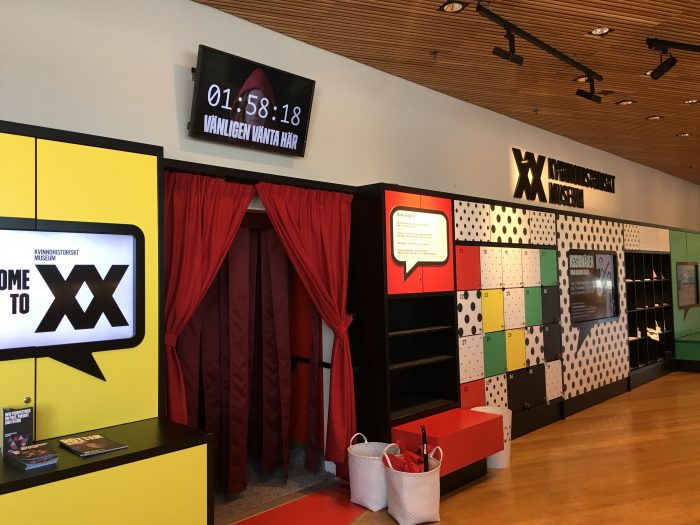 The first gallery I visited was titled Roots. It was an immersive exhibition featuring videos that describe the experience of women. 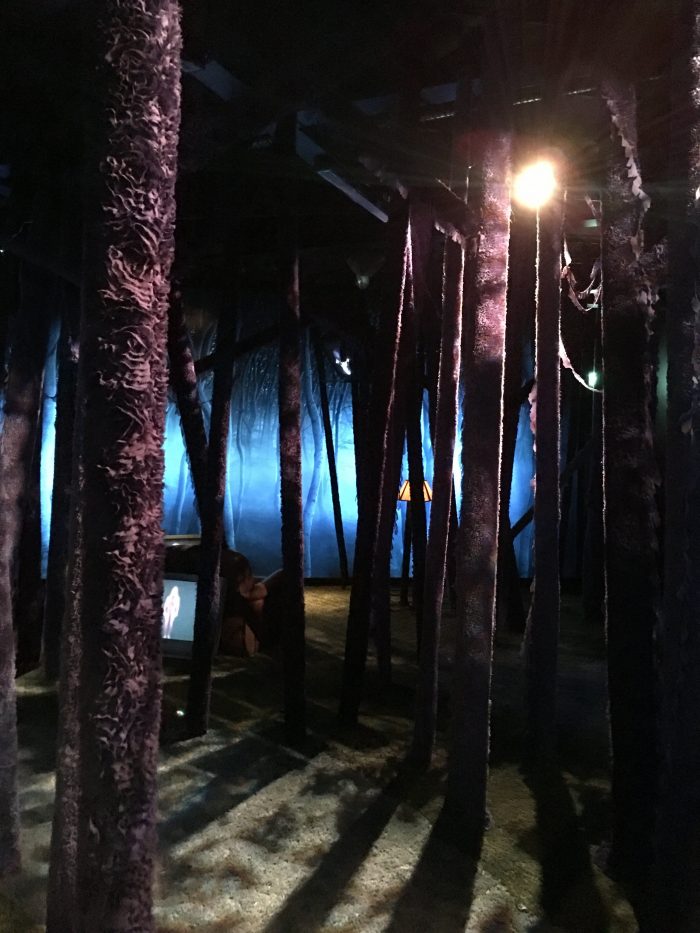 As you wander through the forest, you listen to the voices of women describing male power & how men don’t notice male privilege. There are so many voices and stories all at once, but you can jump back and forth as different videos are activated. 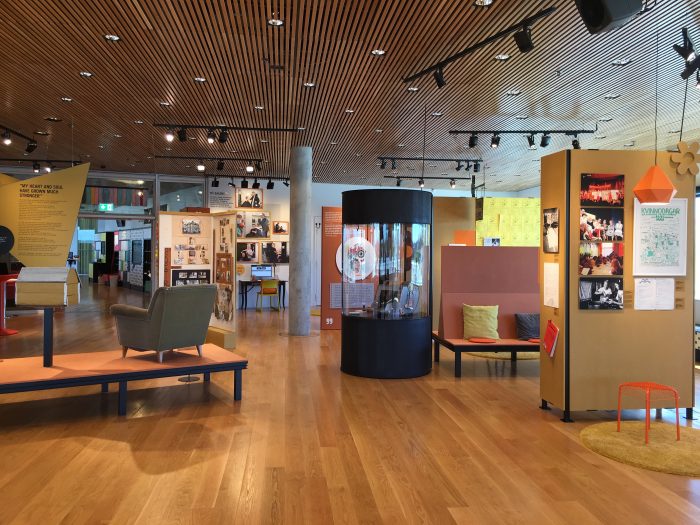 When I visited the Kvinnohistoriskt, I was the only person there, which was a shame (then again, it was a nice sunny day!). The museum is free to enter, so if you’re in Umeå, I recommend stopping in. So many museums focus on the accomplishments of men, so it was great to see a museum that was dedicated to women.

Back to our photo walk around Umeå, we continued walking along the river. It was a beautiful day, and it seemed like half the city was out enjoying it. 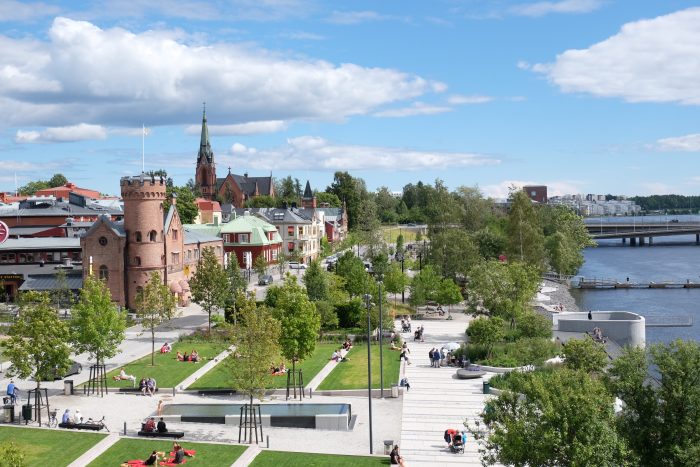 This wasn’t just the case for humans, but also for birds. These birds were just as excited about fika as the people were. 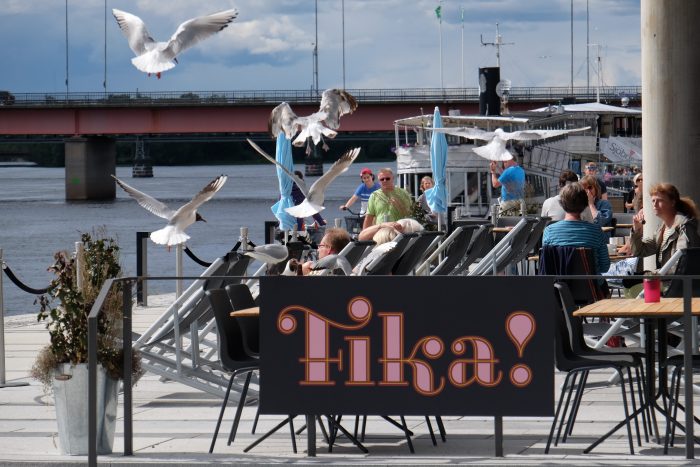 The Ume River (Umeälven) is at the heart of Umeå. Many of the city’s key sights are along its banks. There is even a parkour park and a skate park as well. 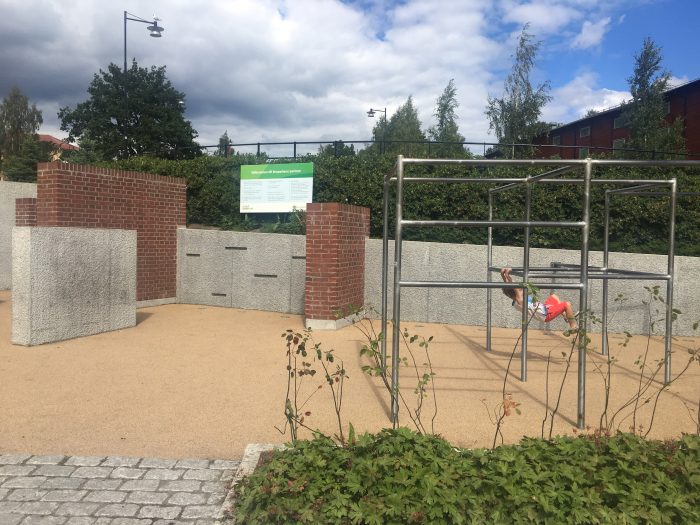 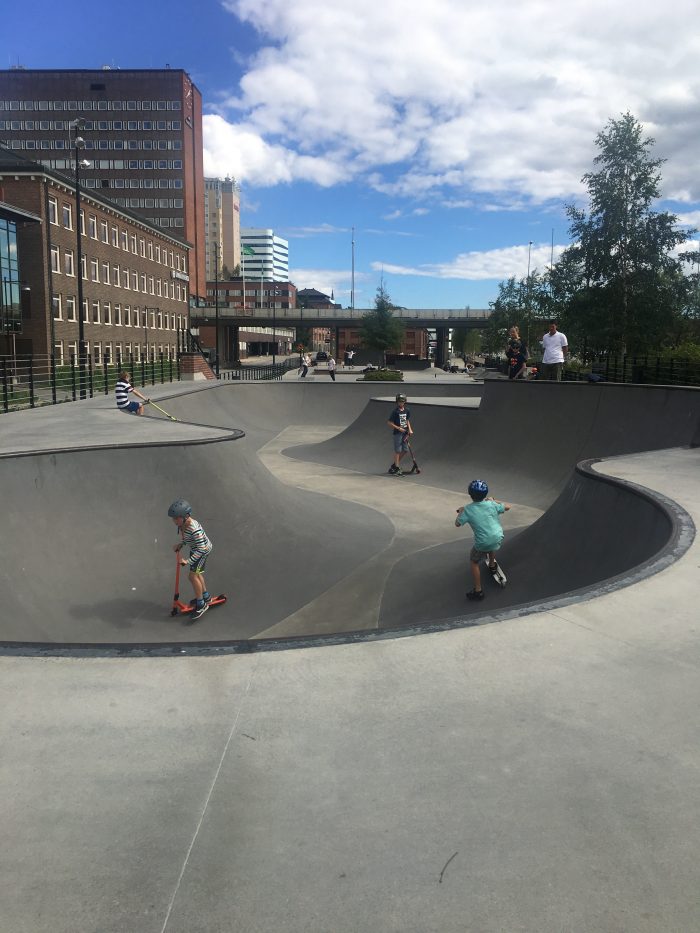 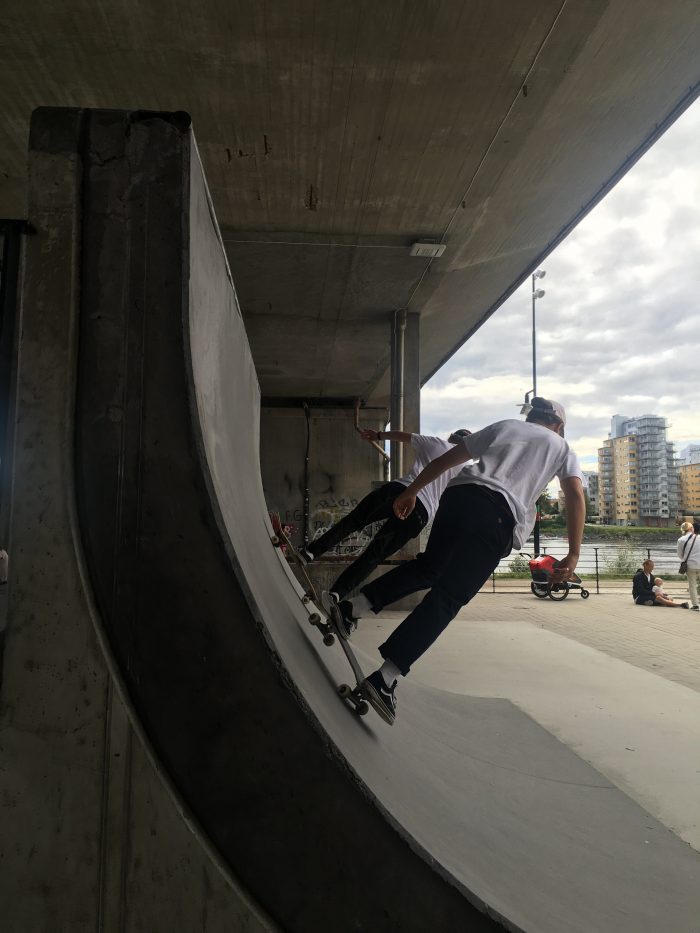 Heading back into the center of the city, we passed along small parks, ending up at a heart and smile statue that was a symbol of Umeå’s recognition as a European Capital of Culture. We posed for several group photos. 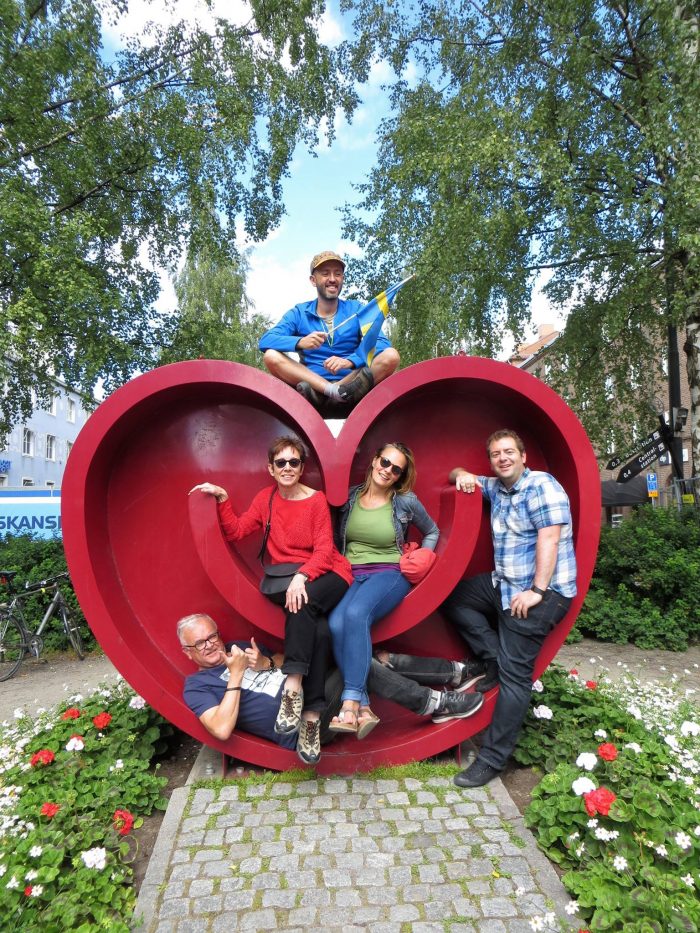 Next it was time for the final stop of our tour around Umeå – Guitars: The Museum – a unique museum dedicated solely to guitars. 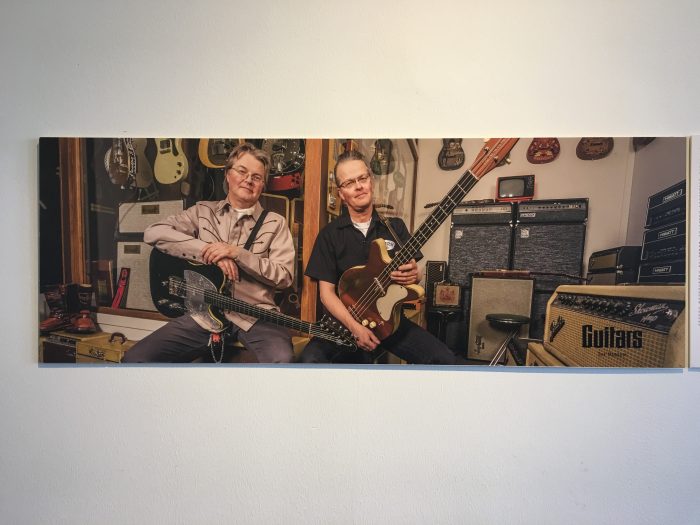 The history of Guitars: The Museum is fascinating. It all started with an obsession. Two local twins named Samuel and Michael Åhdén loved guitars, and became the first guitar dealers in town. As time went on, they began to collect more and more guitars, often trading them for rare ones. They once traded 70 guitars for a rare Les Paul Standard that had been Jeff Beck’s. 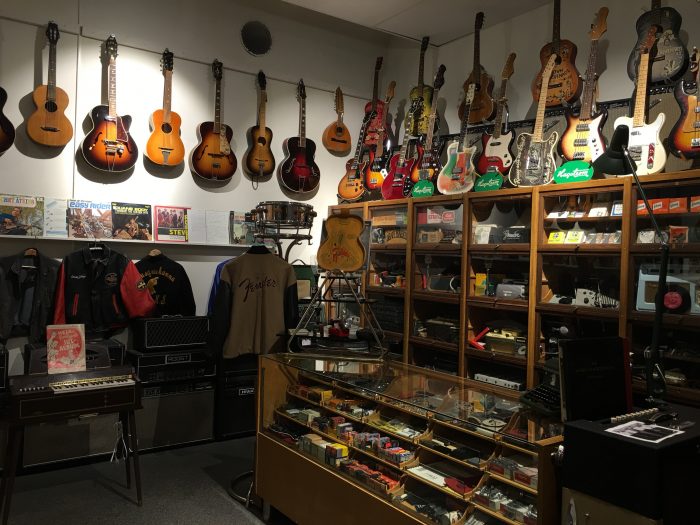 Over time, what was once a store opened when the twins were 18 now finally became a museum a couple of years ago, the result of over 40 years of passionate work & collecting. Remarkably, despite their obsession with American guitar music, the twins had only just visited the United States recently. You can read more about their guitar collection here (PDF). 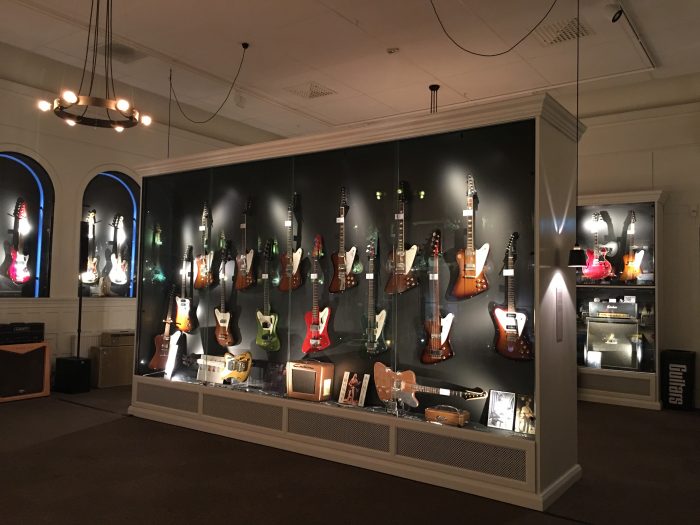 Our tour was led by Yoachim, the son of one of the twins. He knew all the details of the entire collection, telling us all of the stories about the guitars and their players and owners. While you can visit Guitars: The Museum on your own, I recommend taking the tour, as there aren’t a lot of signs explaining the significance of each guitar. Some of the major instruments do have QR codes to learn more about the associated guitarists. 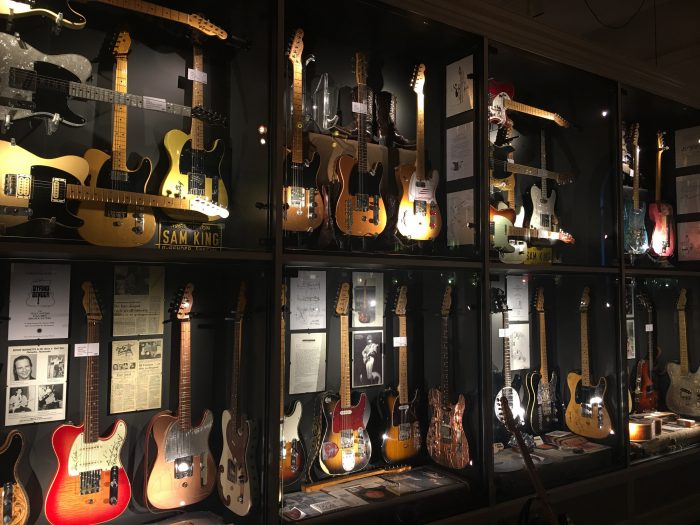 Guitars: The Museum is more than just a museum. It also has a music shop, plus a bar and restaurant as well. The whole complex is a must-visit if you’re a fan of music, especially guitar-based music. 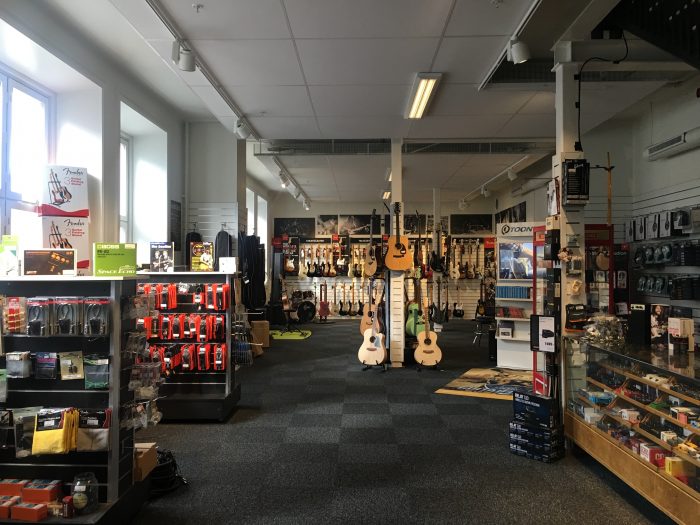 Following our photo & museum tour around Umeå, it was time to check-in to the Stora Hotellet and relax for a while before taking off on our evening’s adventure of sampling some of the city’s best food & craft beer.