Umeå, Sweden is the epicenter of northern Sweden’s cultural scene. With a large student population, several museums, and fine dining, there is also support for a nice little craft beer scene as well. During my visit the city, I had the opportunity to visit some of Umeå’s best craft beer spots.

Rex Bar & Grill features craft beer along with a menu of Swedish, French, and pub food. Housed in a large space in the Umeå Town Hall, it’s an inviting place for a meal and a drink. 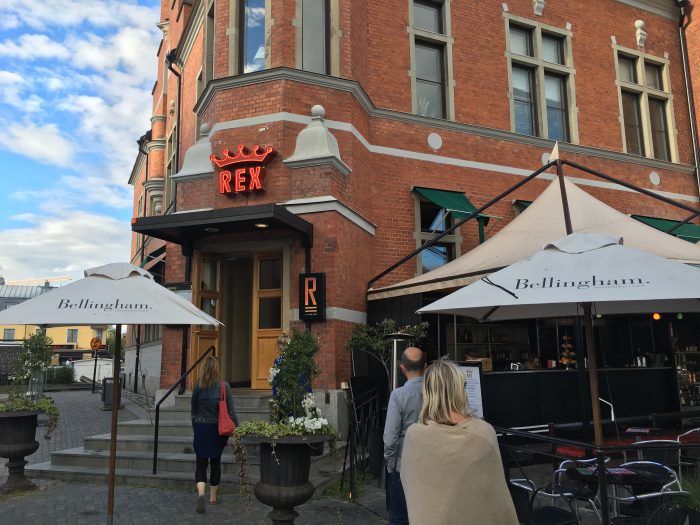 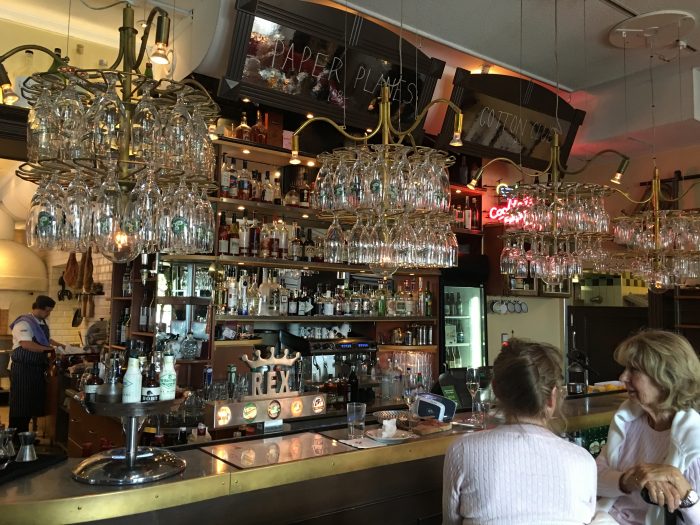 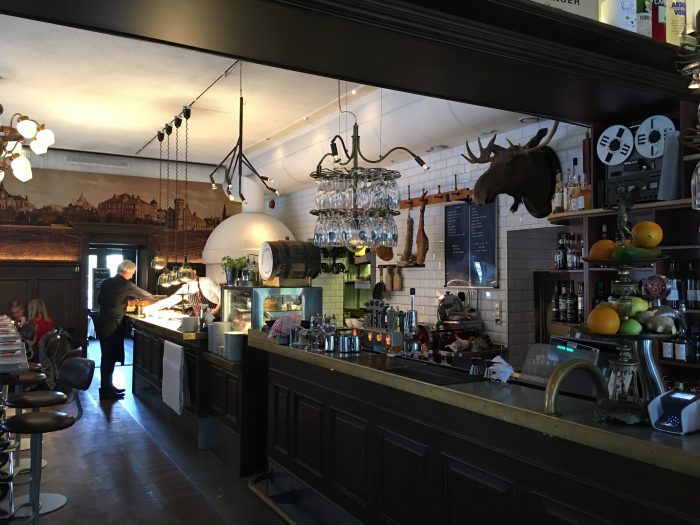 Rex has 11 taps and about a hundred bottles of beer, all of which rotate frequently. On my final afternoon in Umeå, I stopped in for a burger and a beer from local craft brewery Beer Studio.

Rådhuskällaren is located in the basement of Umeå Town Hall, one of several nice bars & restaurants in the building. It’s technically a part of Rex, but it’s such a distinct space that it merits its own entry. The bar features 12 taps with cool antler tap handles, as well as a quality selection of around 150 bottles. 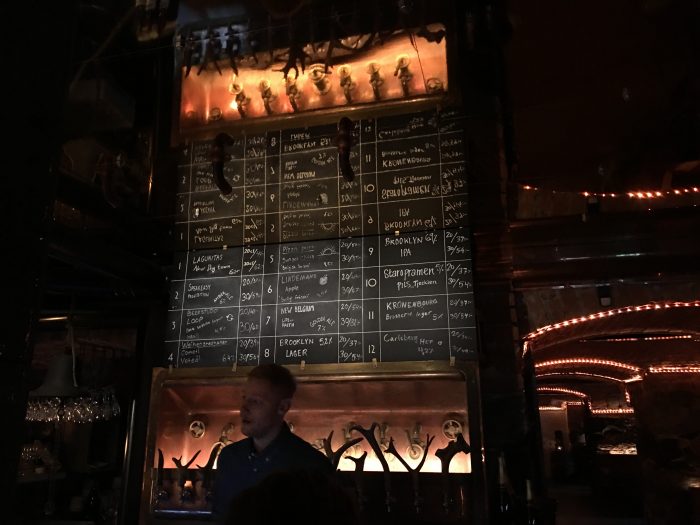 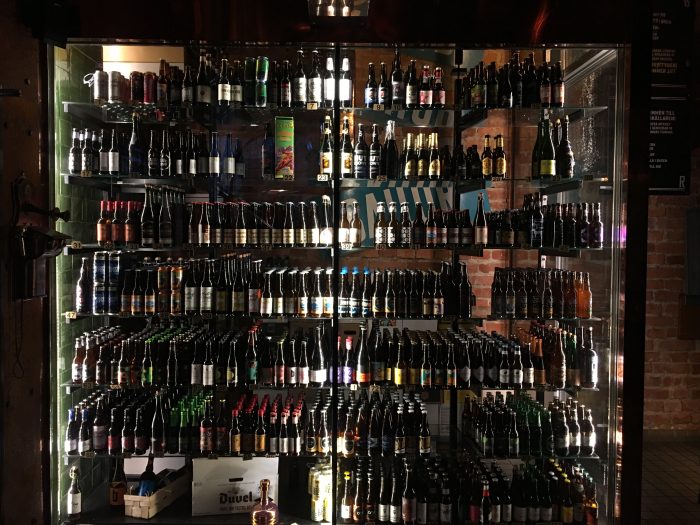 Along with the great vibe of being in a basement, the music playing is a mix of rock & old school soul music. The bar also holds events in its large space. On Tuesdays during the summer months, the place becomes a nightclub.

As part of our dinner crawl around Umeå, we visited Rådhuskällaren for a beer and food tasting. We started with a lime zest infused lager called Loop from local brewery Beer Studio (more on them below), then had Janne Shuffle, an India Pale Lager brewed by another local brewery, Bryggverket, in an homage to the guitarist from Sweden’s Electric Banana Band. In addition to nice local beers, Rådhuskällaren/Rex also imports beers from around the world, making them the only source for many beers, as they don’t have to go through the Systembolaget.

I visited The Bishops Arms during my tour of craft beer in Stockholm. This bar is part of that same chain. While I didn’t have the chance to actually have a beer at the Umeå outpost, I did see that they have a massive beer garden in the square outside. The bar features 28 taps and over 100 bottles. 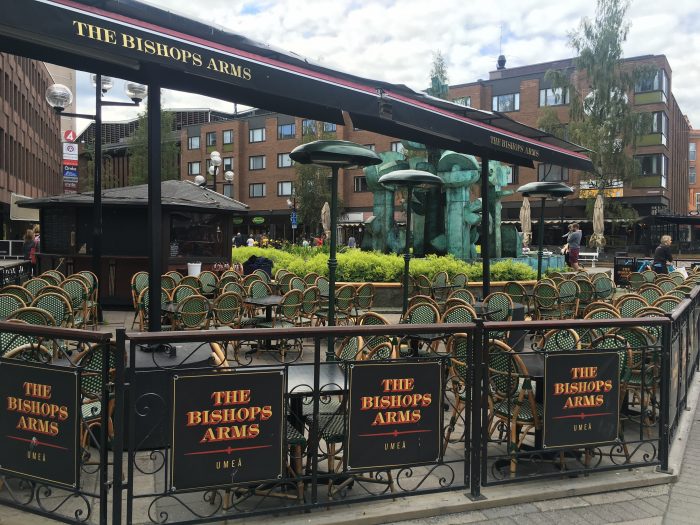 Lottas Krog is another popular brewpub in Umeå. It wasn’t open during the time I was free in the city, so I wasn’t able to visit it either, the bar has a solid food menu along with dozens of taps, some of which they brew themselves. 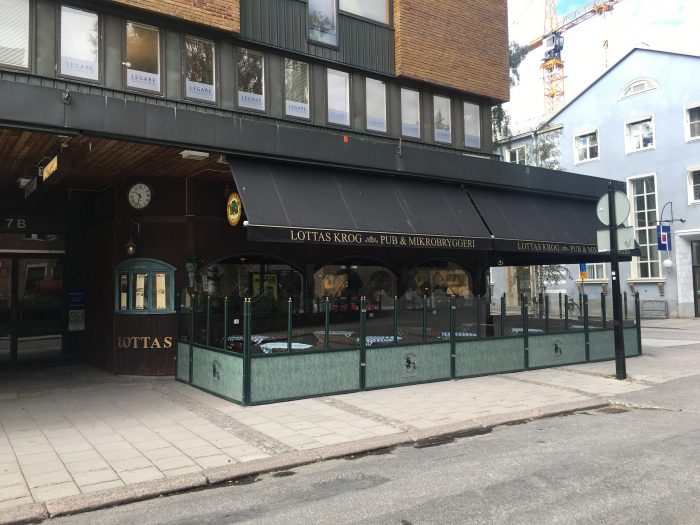 It just so happened that local brewery Beer Studio was opening for tours on my last day in Umeå, so I tried to go at noon before my train back to Stockholm around 2pm. Unfortunately, Google Maps has the wrong location listed. It shows the mailing/accounting address rather than the brewery itself, so I found myself on the wrong side of town, unable to get there in time. If they have further tour days, make sure you double-check the address with them via their Facebook page. While I wasn’t able to do the tour, I went to Rex for a burger instead and had a nice beer from Beer Studio with it, so I can vouch that they make good stuff. 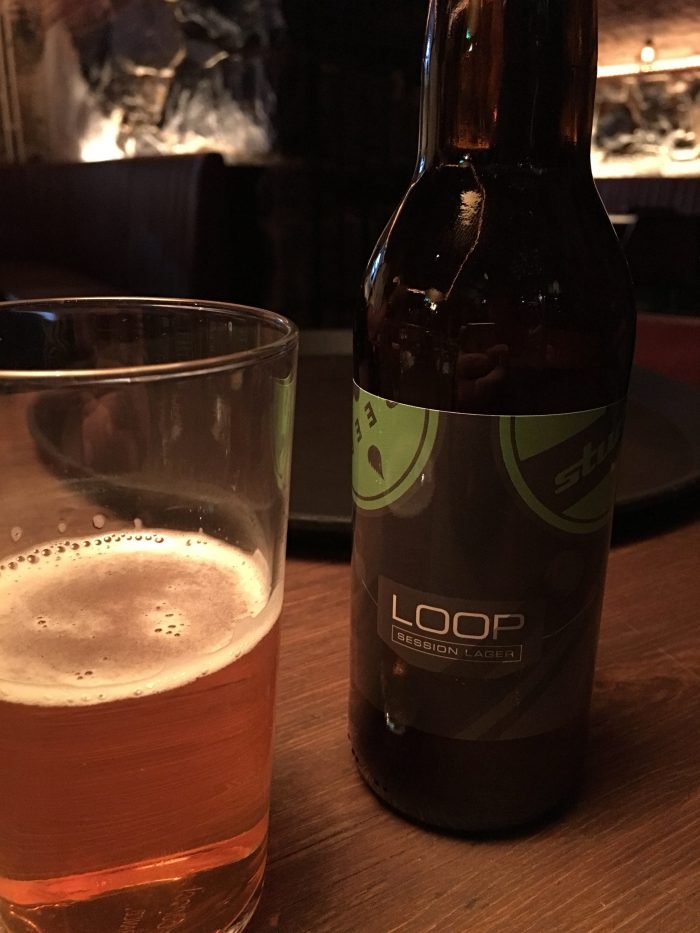 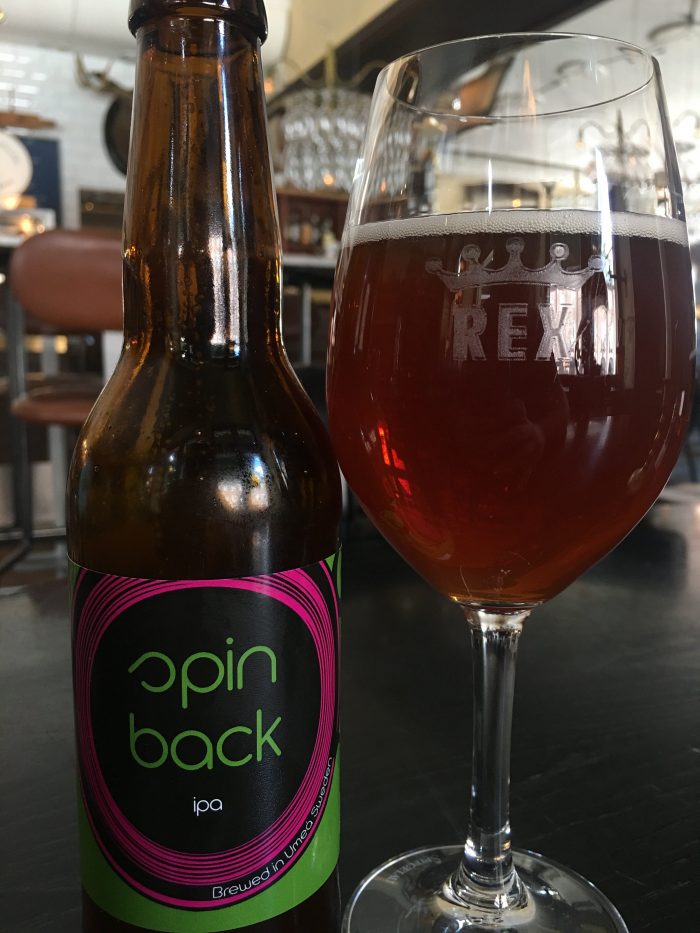 Umeå has a great cultural scene for a city of its size. While there are only a few craft beer bars & breweries there, the ones they have are high-quality and will satisfy any beer lover who is visiting.