As I’ve mentioned previously, one of my reasons for going to New Zealand was to experience some of the places where the Lord of the Rings movies were filmed firsthand. I took a Lord of the Rings tour when I was in Queenstown. Wellington is home of Weta Workshop & Weta Digital, which have produced props, sets, & special effects for the Lord of the Rings films as well as many other movies you have probably seen.

For the second part of my day, I decided that I would go all out and it as nerdy as possible. I still hadn’t seen Star Wars: The Force Awakens yet, so I made plans to go see it later that afternoon. And what better way to see it than at the same movie theater that hosted the Lord of the Rings premieres in Wellington?

Weta Workshop is located a bit outside of central Wellington, but it’s easy to get to by bus. The Number 2 bus goes from the CBD to Miramar, which is to the east at the end of the peninsula that hooks around into Wellington Harbour. The bus ticket was $5 NZD each way, but an all-day pass was $9.50, making it the obvious option. Heading out of the CBD, the bus goes through a single lane tunnel underneath the hills, then passes the airport, which cuts across the peninsula. The bus drivers on this route are used to visitors heading to Weta, so they know to let people know where the stop is.

When you get off the bus, you’re in suburban Wellington, a couple of blocks away from Weta. It’s easy spot because there are visitors milling about out front. 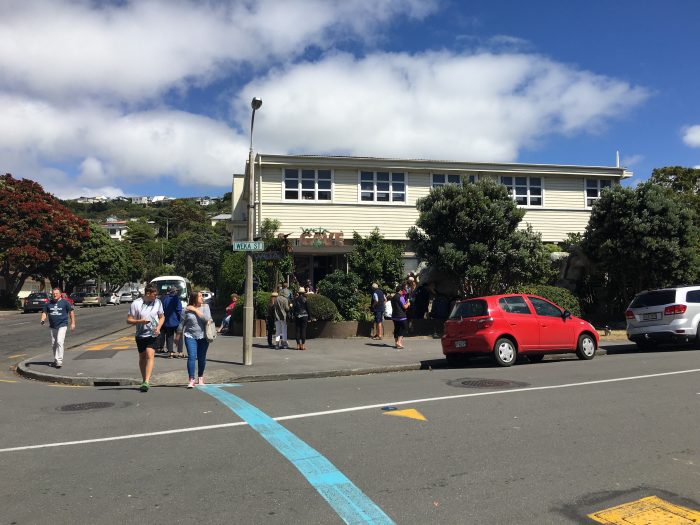 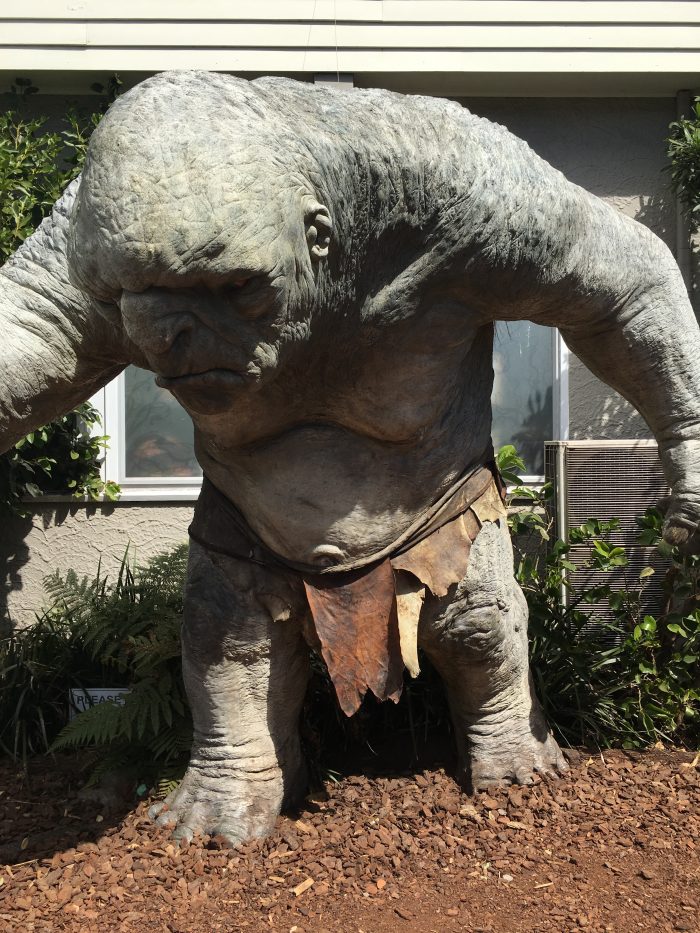 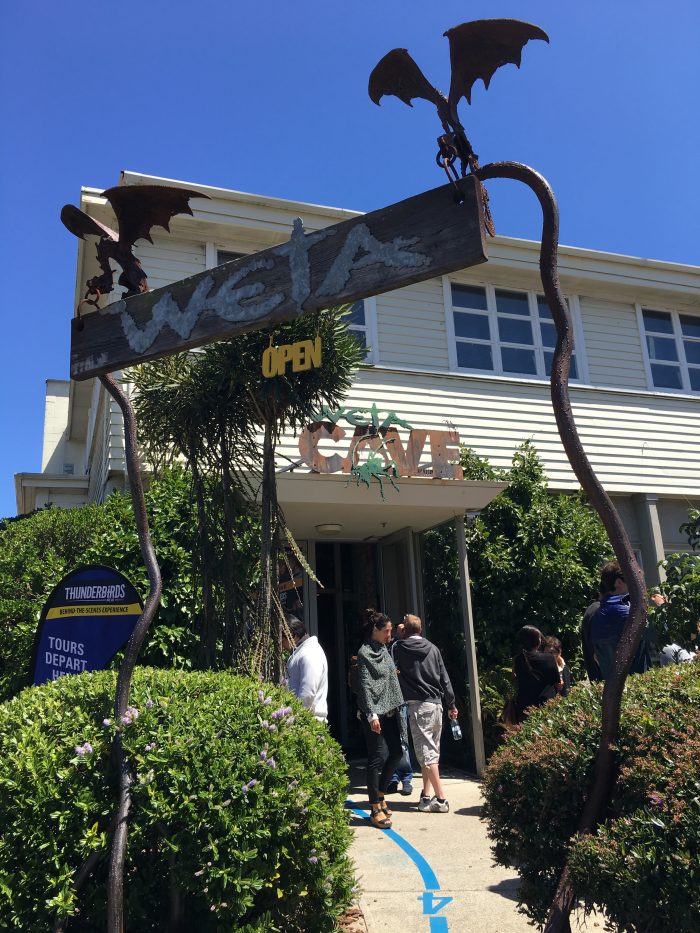 The area has several Weta facilities. While Weta Digital & the larger Weta Workshop are not open to the public, two other areas are. The Weta Cave Workshop tour is $25 NZD and takes about 45 minutes. I recommend booking ahead of time, especially during the busy season. The tour begins and ends at the Weta Cave, which is a small museum & shop that is also free to enter, so if you either don’t want to spend the money on the tour, or if you arrive and it’s booked, you can still see props from the Lord of the Rings films. There is also a 20 minute documentary about the history of Weta, including interviews & clips of their movie work, that screens in a small room inside.

Since I arrived with plenty of time before my tour, I walked around the gift shop and somehow managed to resist the temptation to buy anything. One of the nice things about the shop is that there is a whole range of items at every price range, so if you want to get a little something for a gift you can, or you can buy an entire statue or sword. 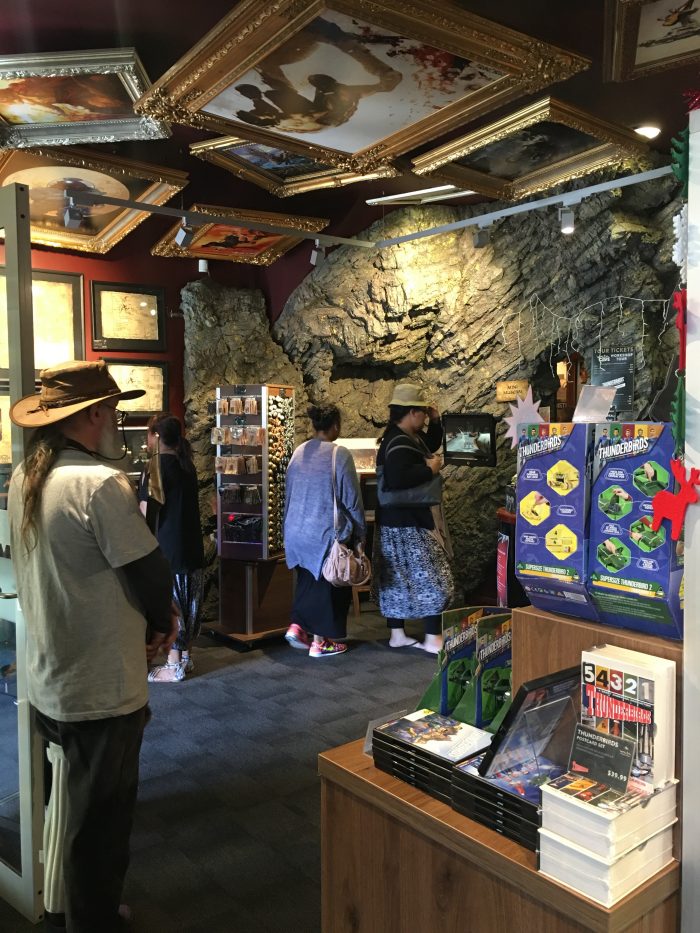 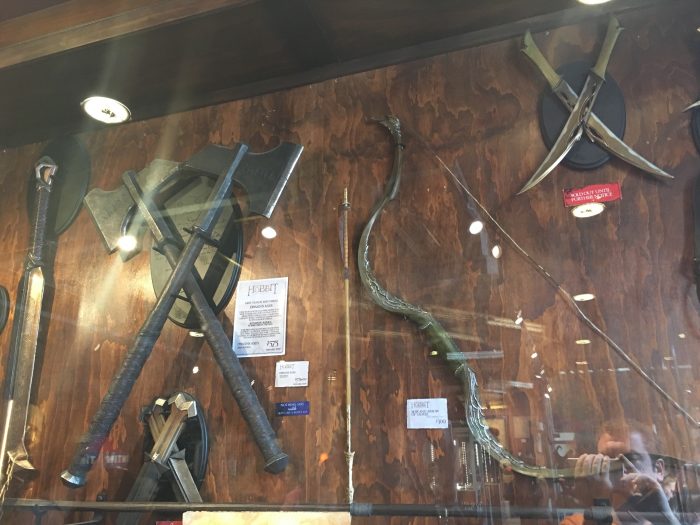 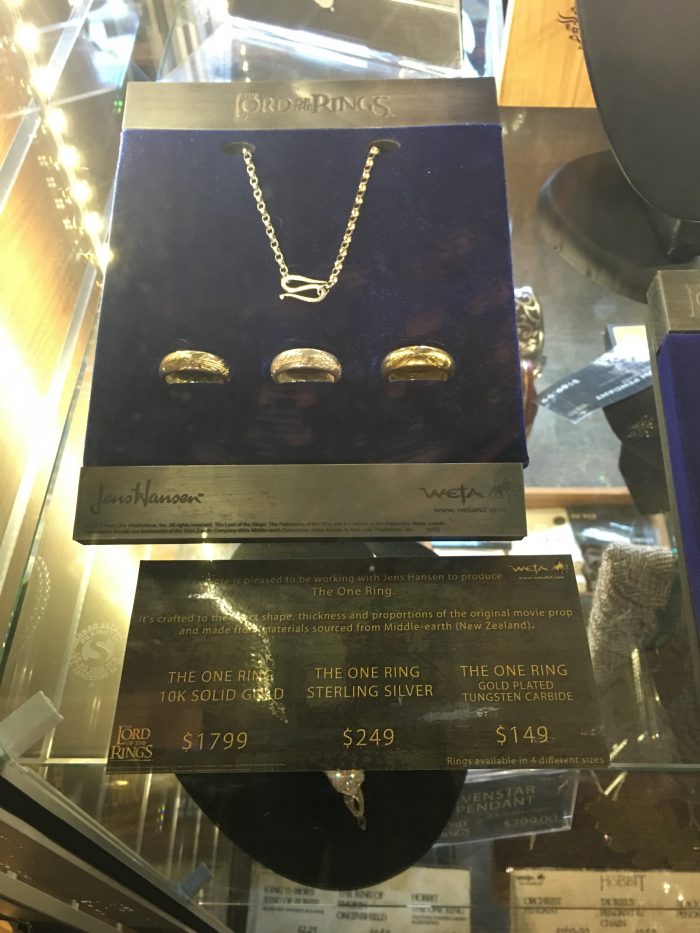 I also watched the documentary & checked out the museum of Lord of the Rings props. 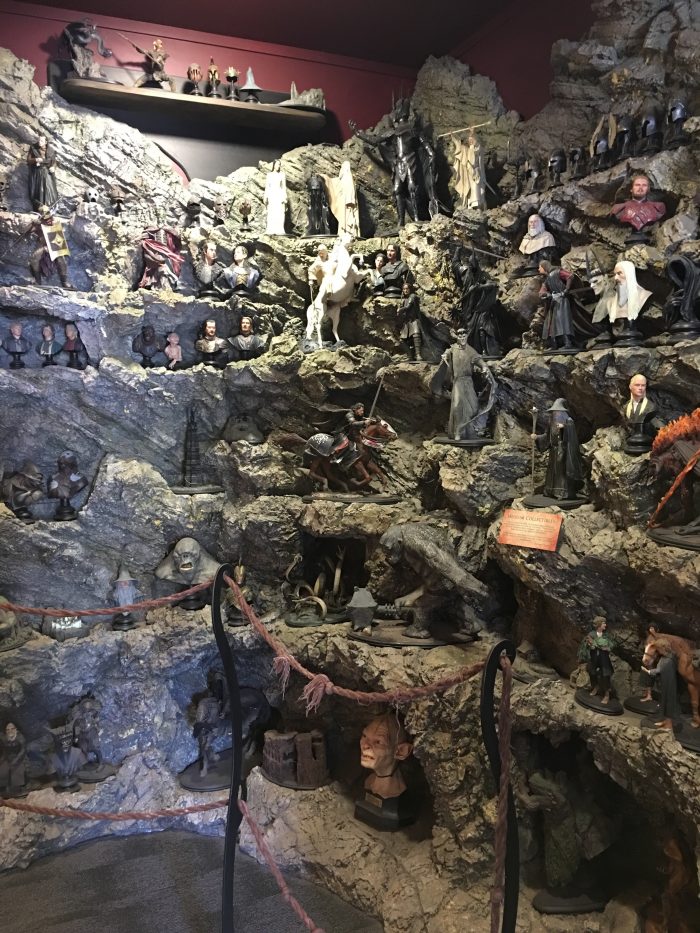 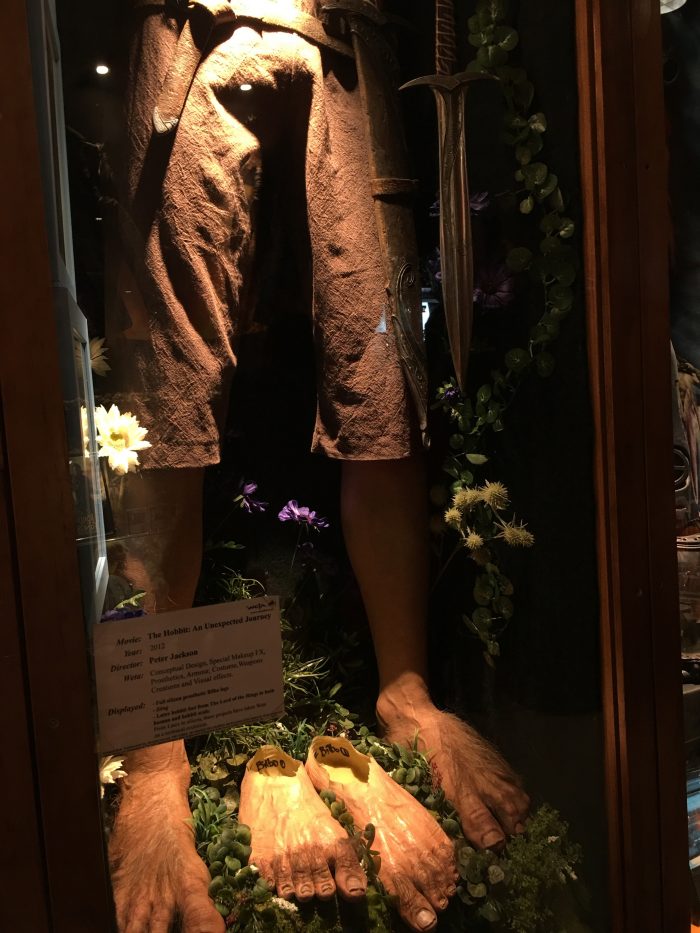 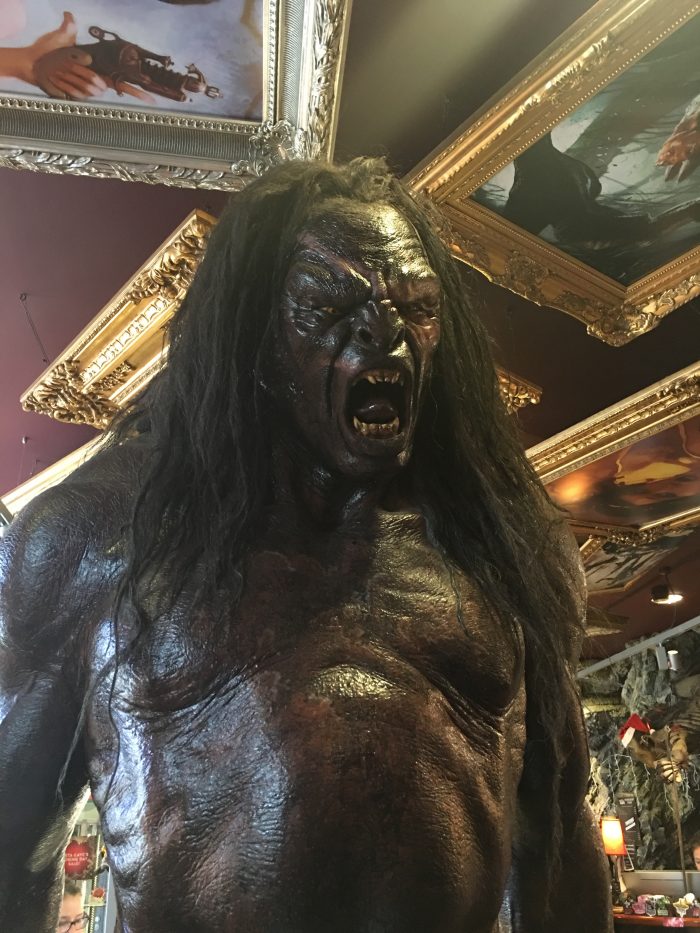 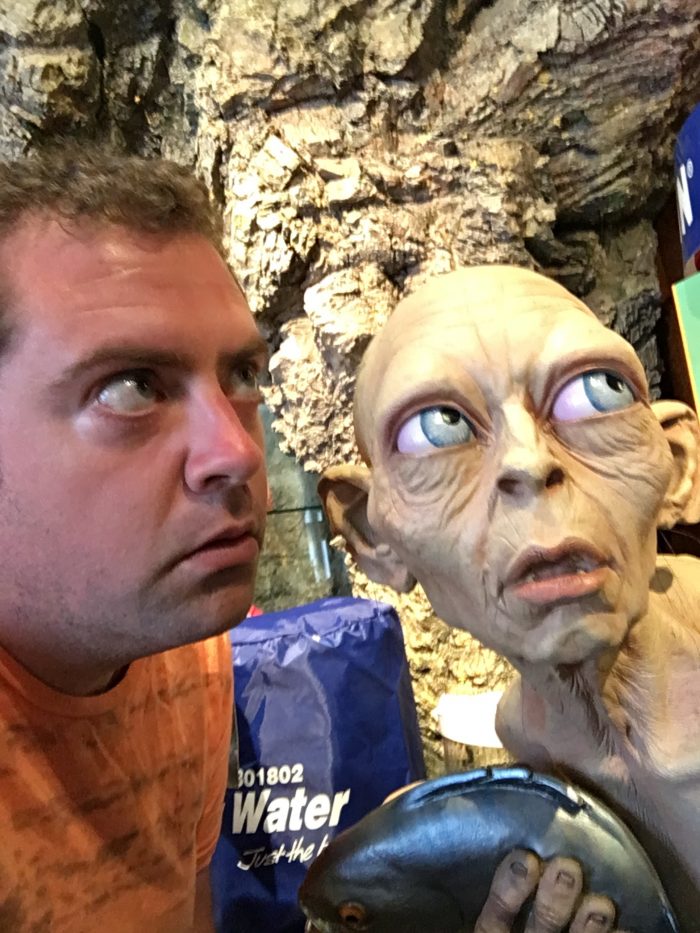 Finally, it was time for my tour of the Weta Workshop, which is right next door. This isn’t the full Weta facility, as they have long since outgrown this building. Now it’s used as a place for tours so visitors can get a sense of all that goes on inside. 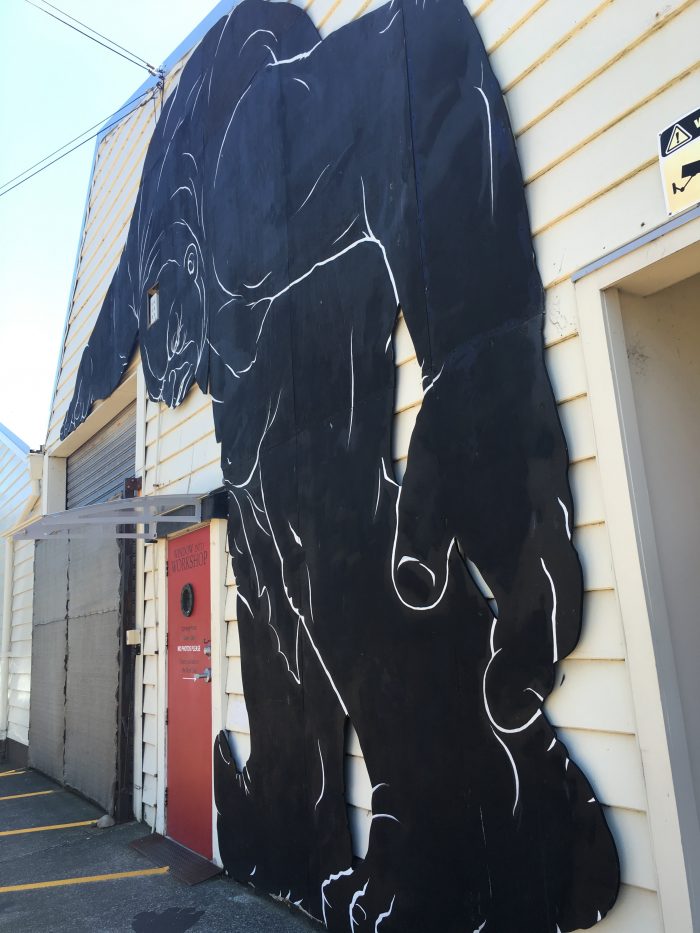 Unfortunately there is no photography inside the Weta Workshop. This isn’t a decision made by Weta themselves, but rather by the movie studios they work with. All of the props are owned by the studios, thus their copyright restrictions must be enforced. It’s a shame, since photos would only help promote these films, but those are the rules.

We saw Weta employees who were working with metal, plastics, and other materials to create things for whatever films Weta has been contracted for next. We also saw artists who were working on drawings for a couple of other projects. One was a board game that is going to be made for Jim Henson’s Labyrinth, and another was working on drawings related to the impressive Weta-aided Gallipoli exhibit I would see the next day at the Te Papa Tongarewa museum.

I got to hold an assault rifle from District 9, and we also saw one of the vehicles that had been created for the canceled Halo movie. For some reason, they had put a model of New Zealand actor Sam Neill in the driver’s seat, because why not?

If you’re a fan of the Lord of the Rings films, the Weta Workshop is a must-see. However, the tour covers much more than Lord of the Rings though, so it’s interesting to anyone who is interested in this aspect of the movie making industry. When we think of films, people typically place the highest importance on the actors, writers, and directors, but the technical work that is done on sets, props, and costumes is what truly brings a movie to life.

After the tour, it was time to head back to central Wellington to go watch Star Wars. I had fried chicken, blue cheese peanut wontons, and shrimp summer rolls at an Asian fusion place called Chow, then headed to the Embassy Theater. 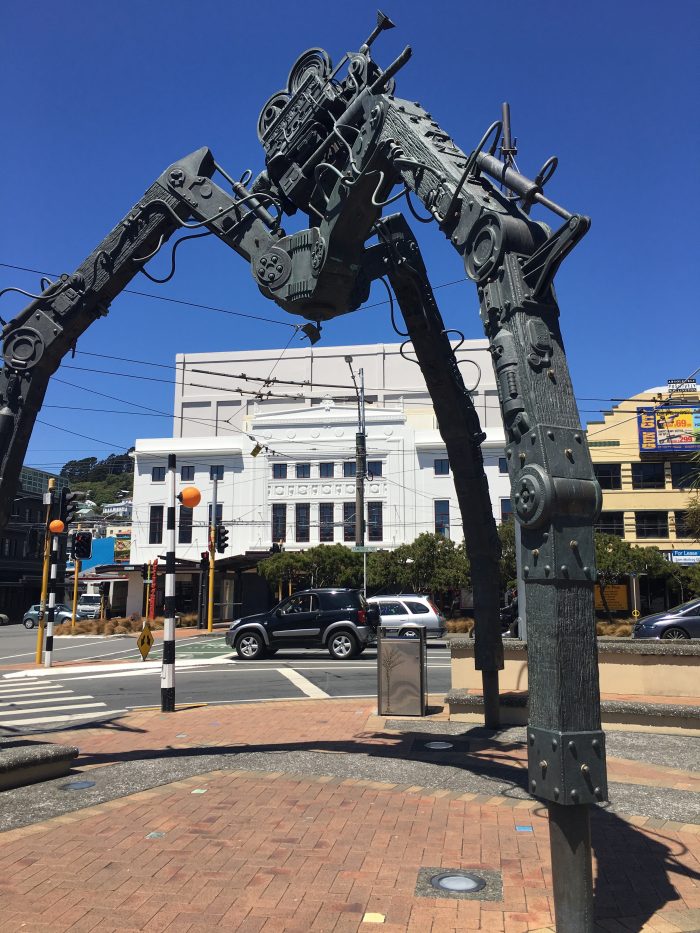 The Embassy Theater is an historic theater in Wellington. It was the site of the world premiere of the final movie in the Lord of the Rings trilogy, The Return of the King, so it seemed like a nice place to go watch Star Wars. 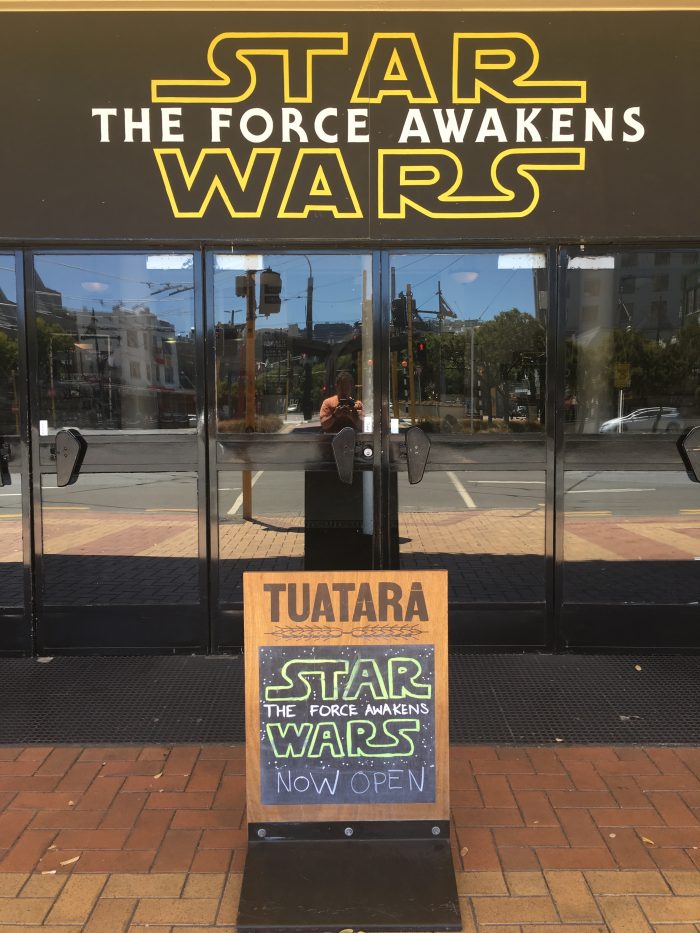 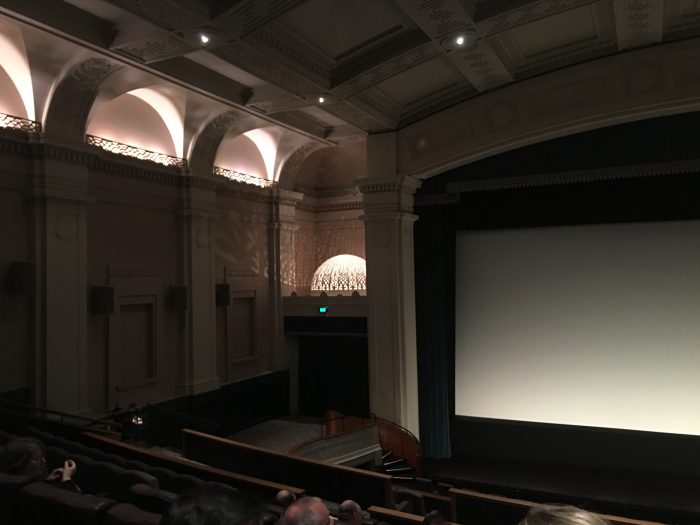 I had a bit of time before the film, so I headed to the bar that is located in the basement of the theater. It’s a beautiful bar located down a tunnel. 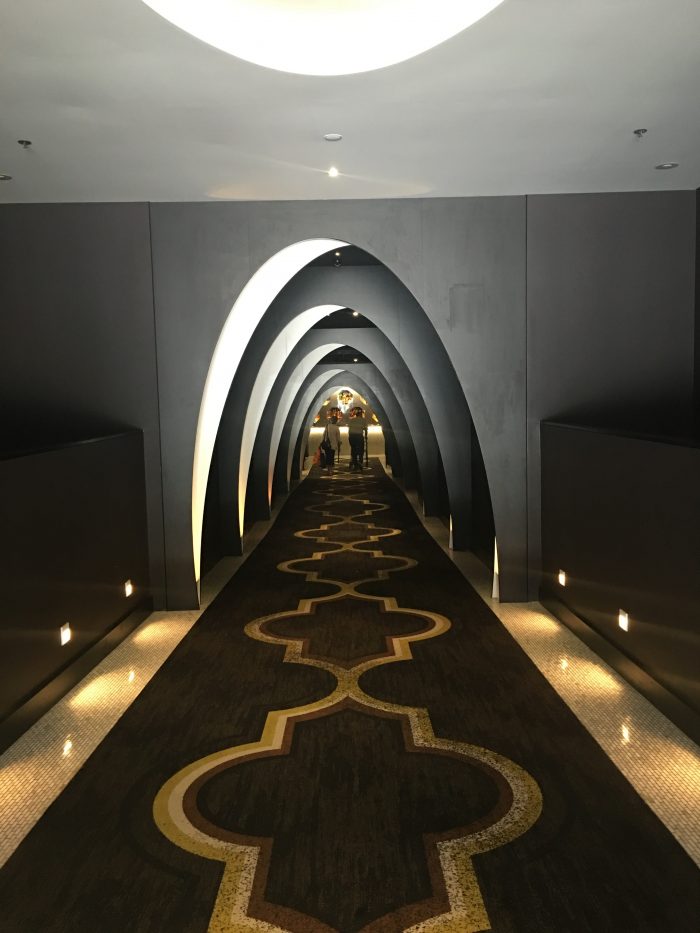 Here it was confirmed that I was in a place that was for people who are passionate about doing things well for people who care. The movie theater is great for people who want to see quality films, and the bar had a nice selection of craft beers to go along with them. I had a special beer that had been made by the excellent local brewery, Garage Project. The beer was Star Wars-themed; a black IPA called Lack of Faith. It wasn’t disturbing at all. It was a perfect match before going to see the film, and a perfect way to kick off what would afterward be a great night of beer drinking around Wellington. 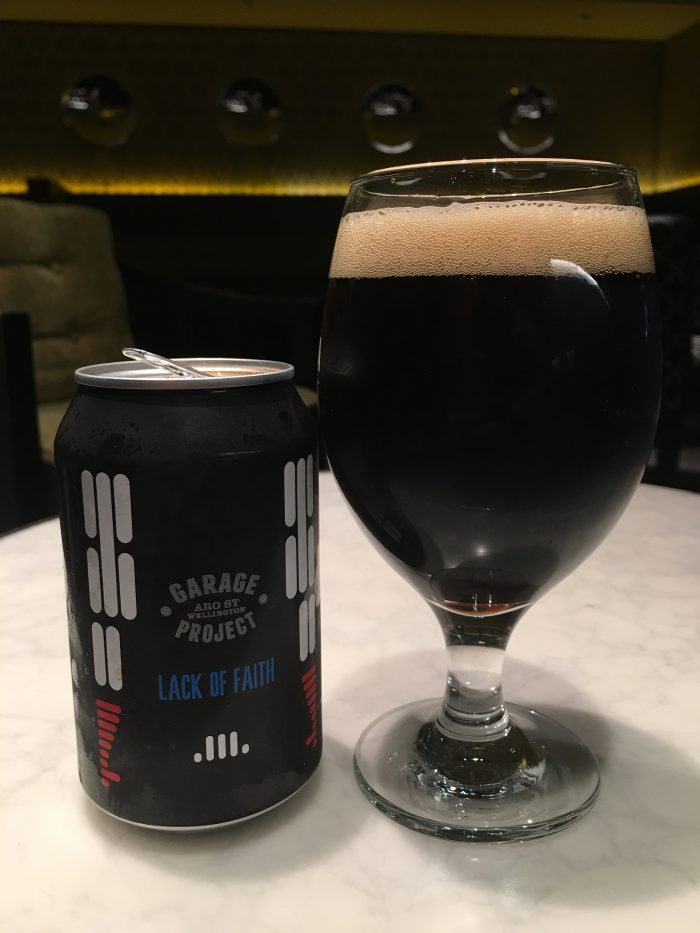