Glasnevin Cemetery opened in 1832. Daniel O’Connell had advocated for a place where both Catholics & Protestants could be buried. At the time, Catholics had no cemeteries. Thus, Glasnevin opened as the first nondenominational cemetery in Ireland. Its official name is Prospect Cemetery. As the largest cemetery in Ireland, some 1.5 million people have been buried in Glasnevin Cemetery across 124 acres. If you are of Irish descent, there’s a chance that your Dublin relatives may have been buried here. 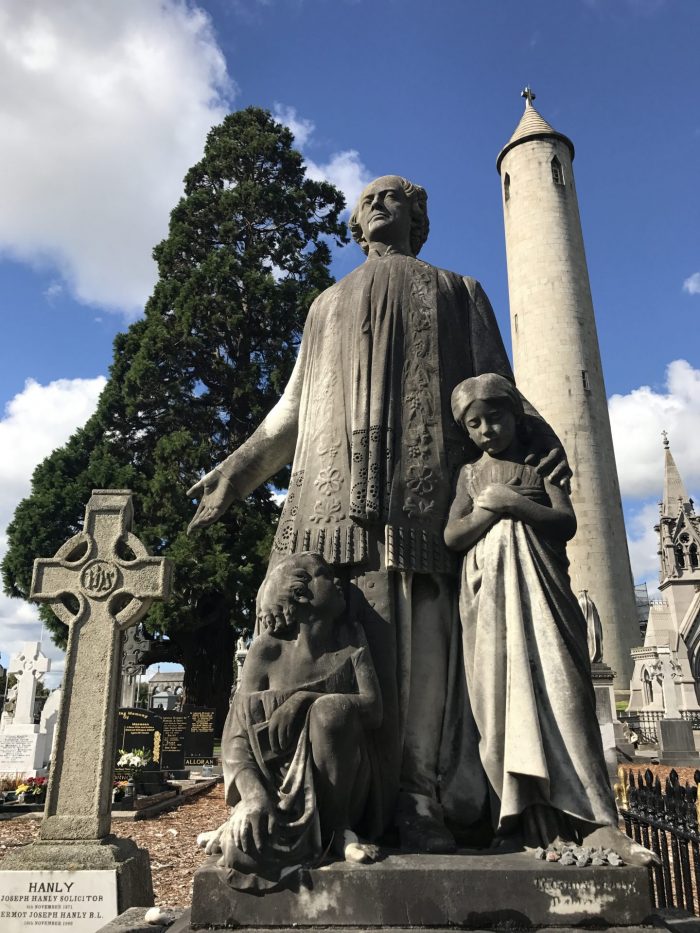 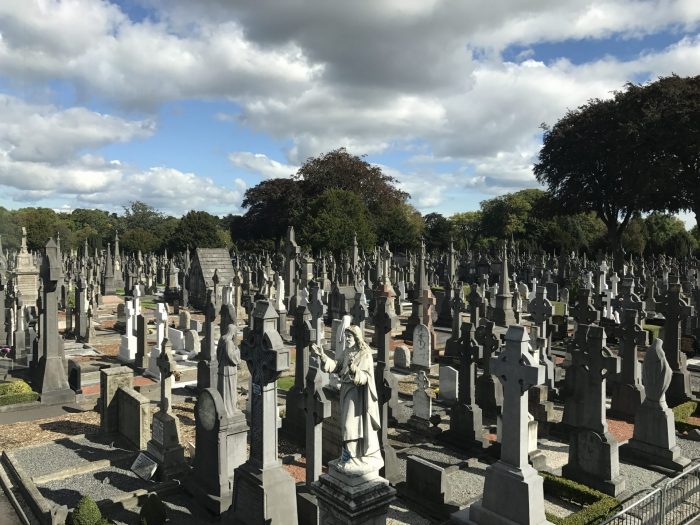 The cemetery is located in north Dublin. You can get there by taking Bus 40 or 140 from the city centre. Glasnevin Cemetery is right next to the National Botanic Gardens, so you can make a nice day out of your trip out there if the weather is decent. Both the Glasnevin Cemetery Museum & the National Botanic Gardens are free with the Dublin Pass. The Dublin Pass also includes either a free guided tour or a free tower climb. Either can be added as a supplement if you want to do both. However, should you just wish to see the grounds & skip the museum & tour, the cemetery is free.

The Glasnevin Cemetery Museum opened in 2010 as the world’s first cemetery museum. Both the cemetery & the museum are operated by the Glasnevin Trust.

The museum visit begins with a basic introduction video as well as a history of burials around the world. It’s interesting to see how different cultures have handled death throughout time. 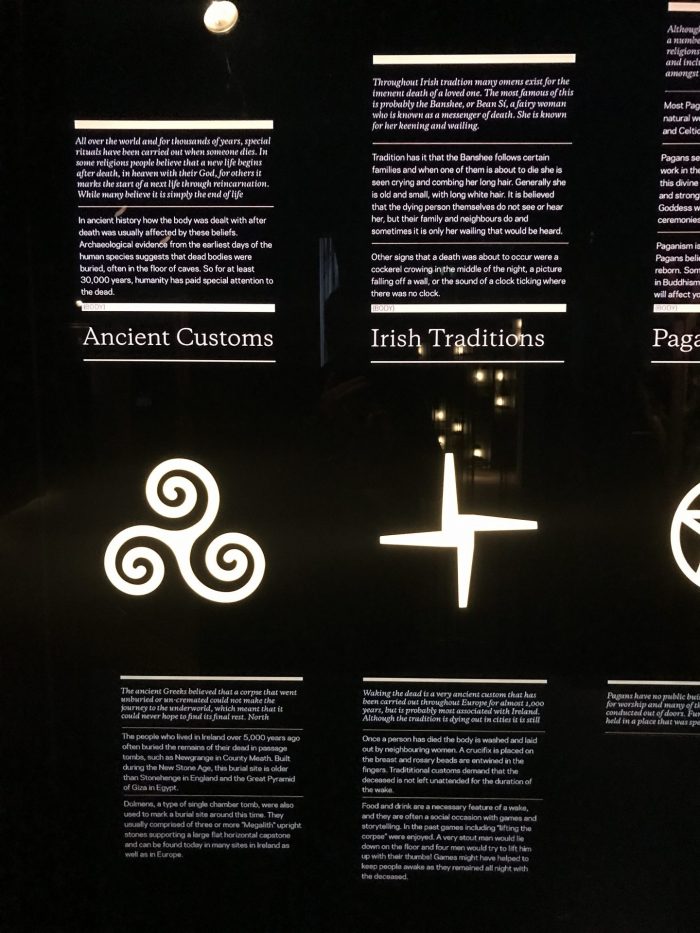 Another section called the City of the Dead tells the history of the Glasnevin through an interactive exhibit that shows the work of everyone who works in the cemetery. As you enter the grounds, you may notice how tall the surrounding walls are. This was to discourage grave robbers. 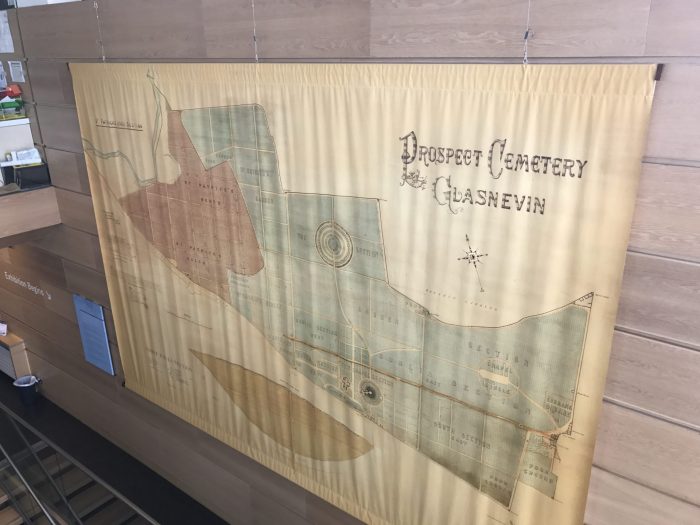 The Milestone Gallery tells the stories of people buried here. Milestone Timeline is an interactive display with more details about the lives of over 200 Dubliners, spanning over 200 years. 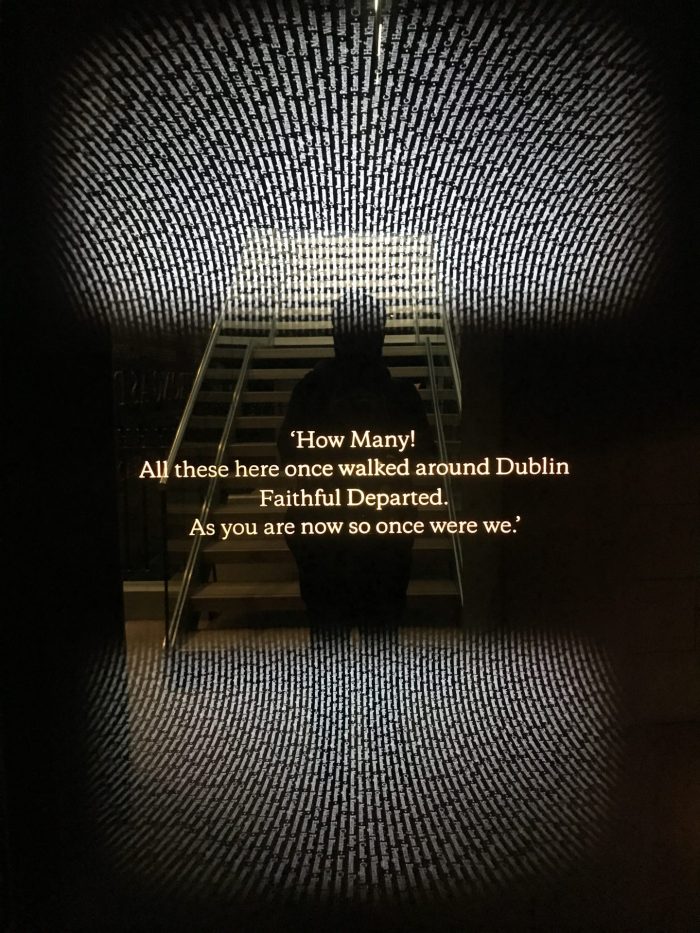 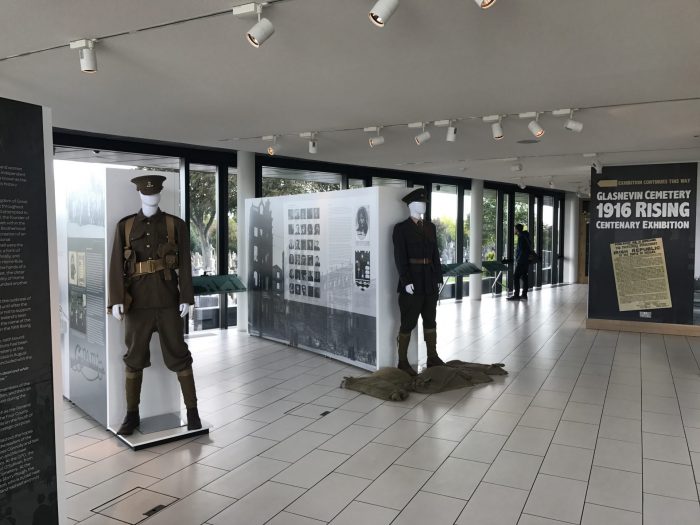 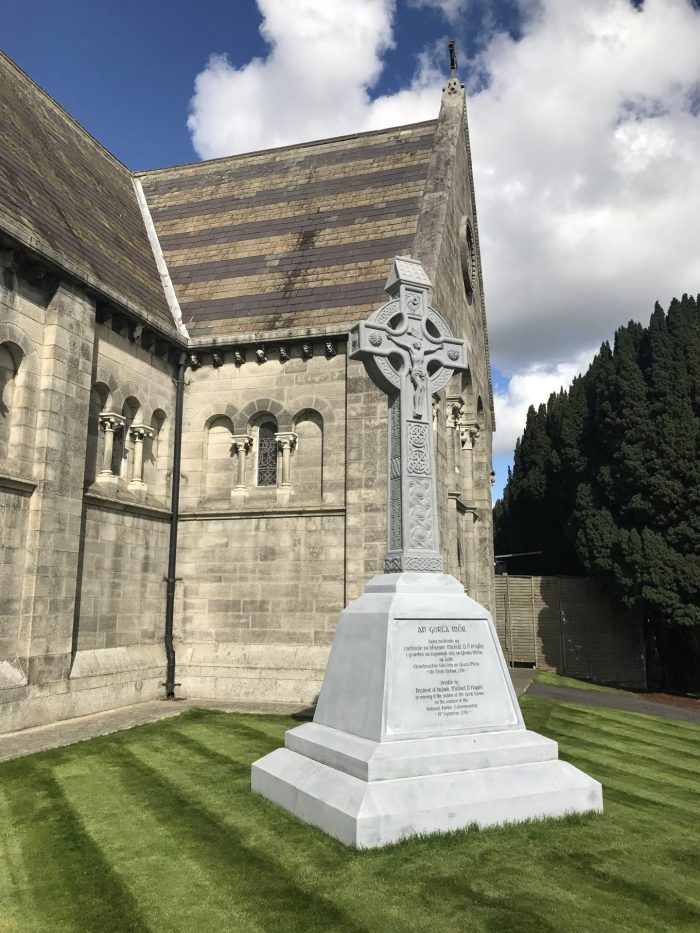 While I did not take the Glasnevin Cemetery tour, I wished that I had, as this would have added more context & stories to the experience. There are a couple of different Glasnevin tours available each day. The general tour focuses on the most famous names & well-known history of Dublin, while the “Dead Interesting” Glasnevin Cemetery tour covers the interesting & offbeat stories of those less famous.

If you decide to explore Glasnevin on your own, it’s a bit difficult to find some of the graves. There aren’t a ton of maps and signs. You can purchase a map at the museum gift shop, but even that wouldn’t help you find plots all that well. Do some research beforehand, especially if you are going there to find the burial plots of family members. There’s even a genealogy research center on site, should you wish to learn more.

Along the outside wall of the Glasnevin Museum, there is a memorial wall listing the names of everyone killed during the 1916 Easter Rising. Some were buried in the cemetery. The sixteen men executed for their roles in the Rising get separate memorial portraits. 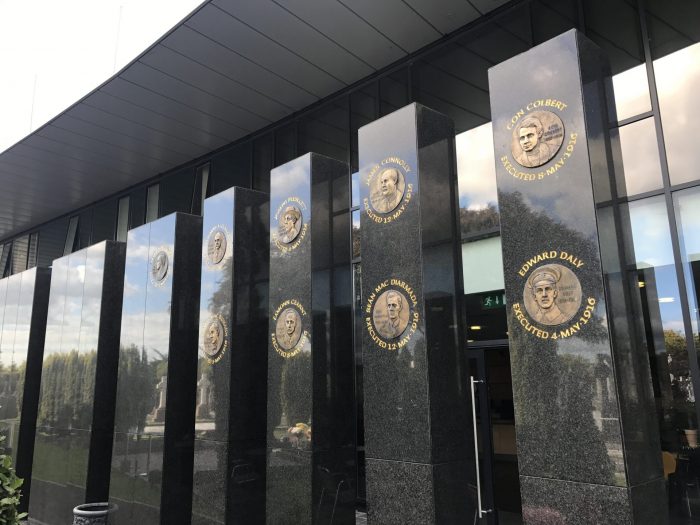 Nearby is the grave of Michael Collins. The famous Irish leader in the fight for independence was killed in an ambush in 1922. 500,000 people (20% of Ireland’s population) attended his funeral. Fresh flowers still mark his grave to this day. 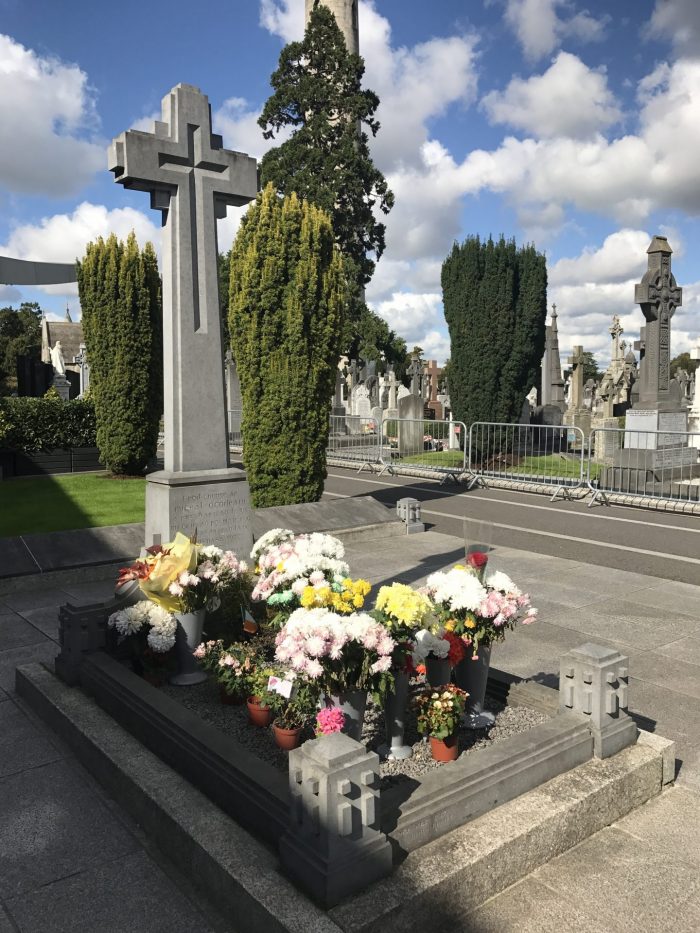 The O’Connell Tower is also right near the cemetery entrance. This 55 meter tall round tower tops the vault for Daniel O’Connell & his family. The tower was closed for decades after a 1971 bombing destroyed the staircase. In 2018, it finally reopened, providing panoramic views across the cemetery & the rest of Dublin. Both the O’Connell Tower & the City of the Dead exhibits are available as free virtual tours. 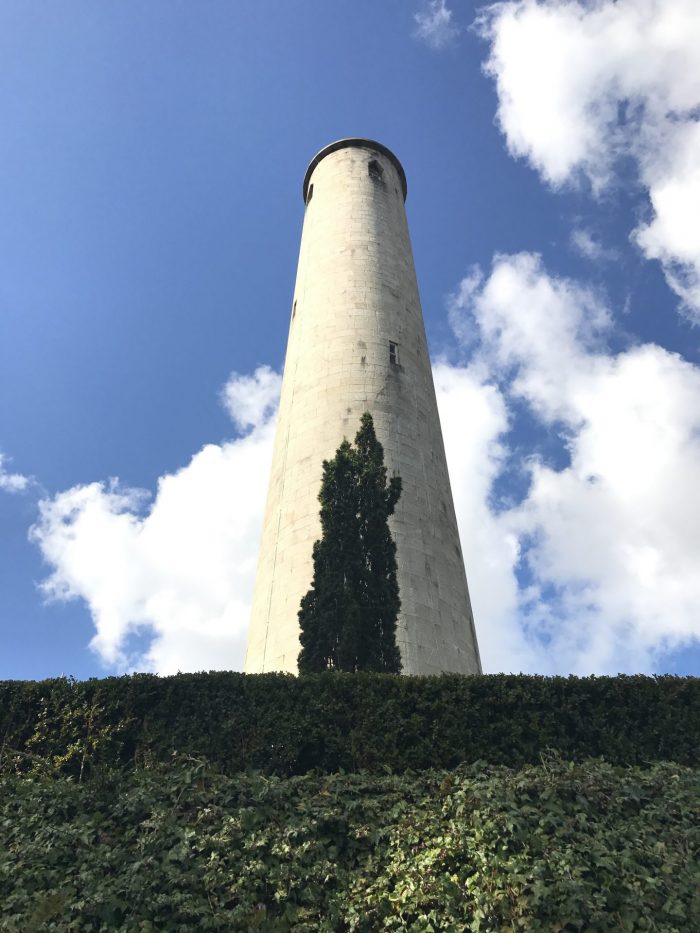 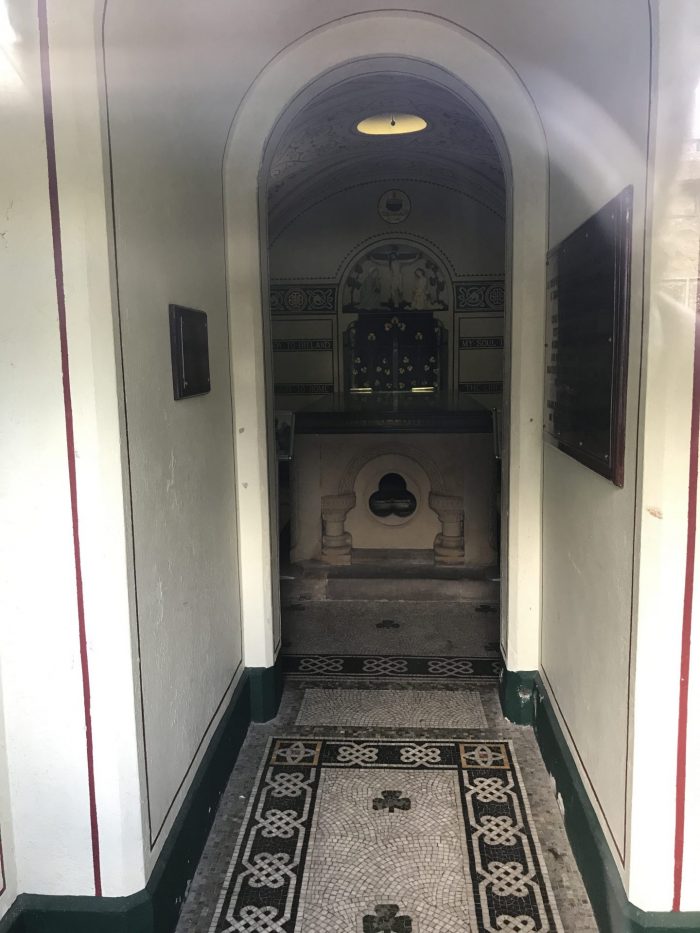 The Cross of Sacrifice & other memorials are dedicated to Dubliners who lost their lives in World War One & World War Two. 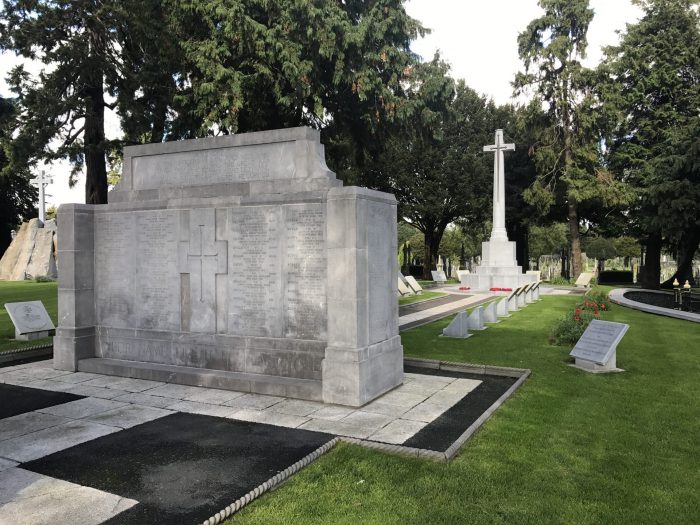 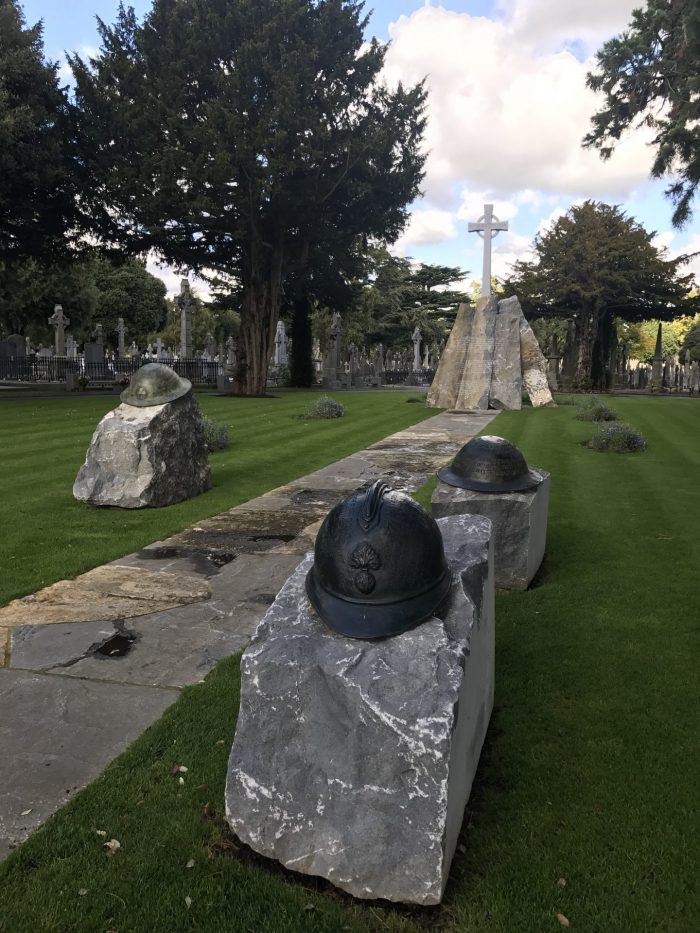 One of the largest cemetery plots at Glasnevin is that of Charles Stewart Parnell. The huge stone in the round plot simply reads “Parnell.” 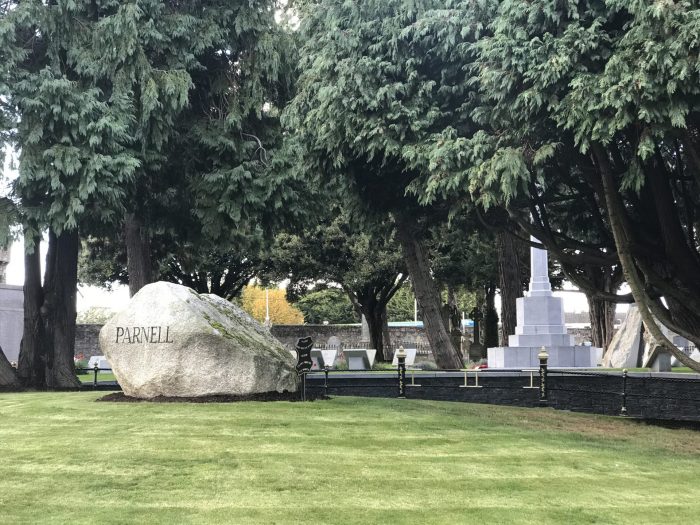 Not everyone buried at Glasnevin Cemetery has such a large or ornate memorial. During the Great Famine, as well as during cholera, smallpox, & flu epidemics, bodies were put into mass graves.

Throughout the grounds, but especially near the entrance, there are lots of tall trees. Putting aside that this is a cemetery, it also functions well as a nice green space in the city. It’s a pleasant place to walk around on a nice day. 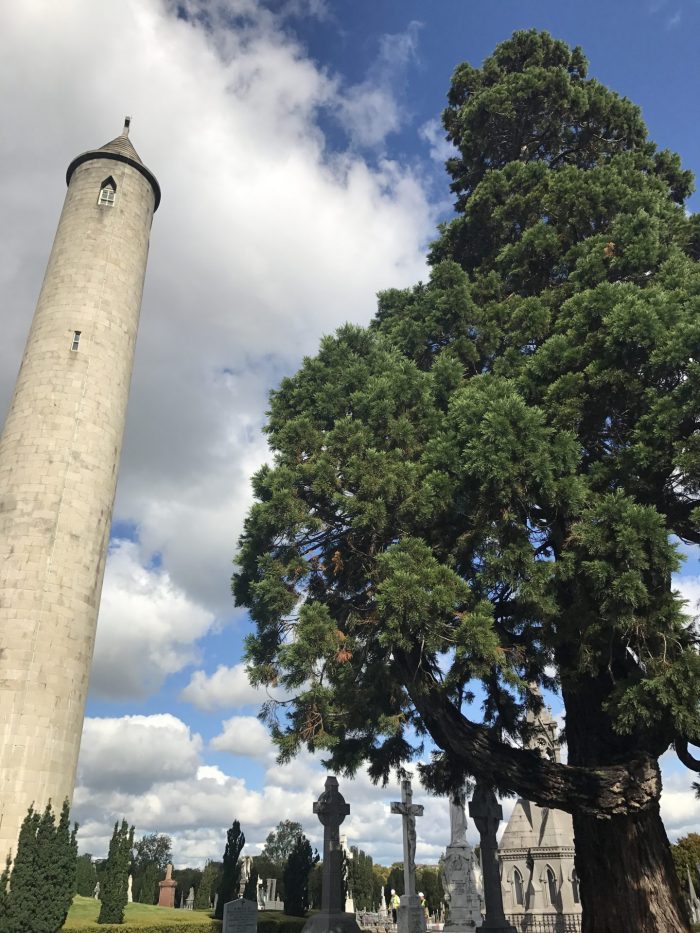 After your visit to Dublin’s Glasnevin Cemetery, there are a couple of notable pubs nearby. The John Kavanagh “The Gravediggers Pub” is just outside the cemetery wall, which made it popular with both gravediggers & mourners. Just down the road is The Hut, one of Dublin’s surviving Victorian pubs.

Glasnevin Cemetery is more than just a burial site. It’s an integral part of Dublin history. While it might not be at the top of most visitor’s lists, it’s an interesting place to check out if you have an extended stay in Dublin.