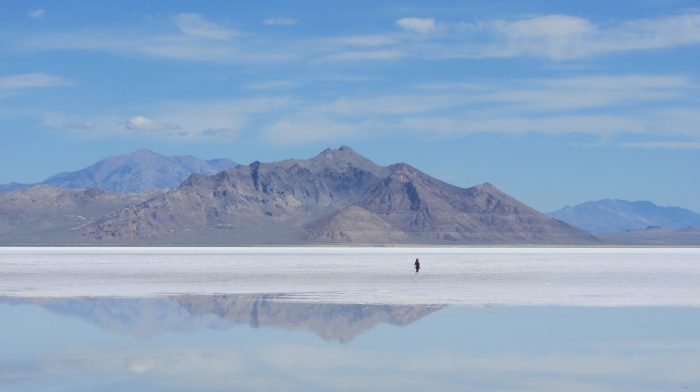 Interstate 80 is one of the great road trip highways in the United States. Stretching from San Francisco to just outside of New York City, it was one of the original routes of the Interstate Highway System. Prior to that, it was roughly the route the original Lincoln Highway. As such, it plays an important role in American motoring history.

In Utah, Interstate 80 passes through Tooele County. Many people travel through the county on their way to nearby Salt Lake City, but it’s worthy of exploration in its own right. While you likely have not heard of Tooele County, any car enthusiast will be familiar with it. Tooele is the home of the famous Bonneville Salt Flats.

The Bonneville Salt Flats are a vast expanse of a salt pan stretching for 40 square miles across the Utah desert. During the winter, water covers the flats. By the summertime, the salt has hardened, allowing for perfect racing over long stretches.

For nearly as long as the automobile has been around, racers have gathered at the Bonneville Speedway. Drivers push their cars to the limit while racing against the clock. Thanks to the long, flat stretches, Bonneville has also been the home of many land speed records over the years.

Here is a great video that shows what goes into making a world land speed record attempt at Bonneville.

In addition to record setting, Bonneville & Tooele County, Utah have been home to the shooting of many movies and TV shows, including Knight Rider, Independence Day, SLC Punk, The World’s Fastest Indian, Top Gear, Mad Men, and more.

The Bonneville Salt Flats are open to the public. Be sure to look up the racing calendar if you want to see powerful cars going all out. Or perhaps if your car is up to it, you can even drive the Speedway yourself. Speed Week, the largest meeting of the year takes place each August. World of Speed, a similar event, follows in September.

In addition to Bonneville, Tooele County, Utah is also home to other notable sites, both natural & historical. While the area is famous for high speeds, Tooele County has been an important thoroughfare for hundreds of years. Step back in time and follow the route of the Pony Express & the Donner-Reed Trail, both of which connected Utah to lands further west. Other historical sites include several museums, such as the Donner Reed Museum, the Firefighters Museum, the Oquirrh Mining Museum, the Tooele Valley Railroad Museum, and the Miller Motorsports Museum.

You can also explore the desert lands at your own speed, whether it’s by bike, ATV, or car. If water is more your style, the county borders the southwestern corner of the Great Salt Lake. Alternatively, the panoramic desert vistas make for stunning photography. Other activities include hiking, horseback riding, camping, fishing, scuba diving, hunting, golfing, sailing, and more.

If you’re near Tooele County, Utah, be sure and stop & explore the area. Whether you’re a speed enthusiast who wants to experience the Bonneville Salt Flats, or if you’re wanting a more leisurely exploration of the wilderness, there’s plenty to see and do in any season.

This is a sponsored post from Tooele County, Utah www.exploretooele.com