After visiting the Amex Centurion Lounge at SFO, I headed back over to Terminal 2 for my flight to New York. I had booked my ticket with American Airlines AAdvantage miles, so I was flying in first class on this part of my journey. 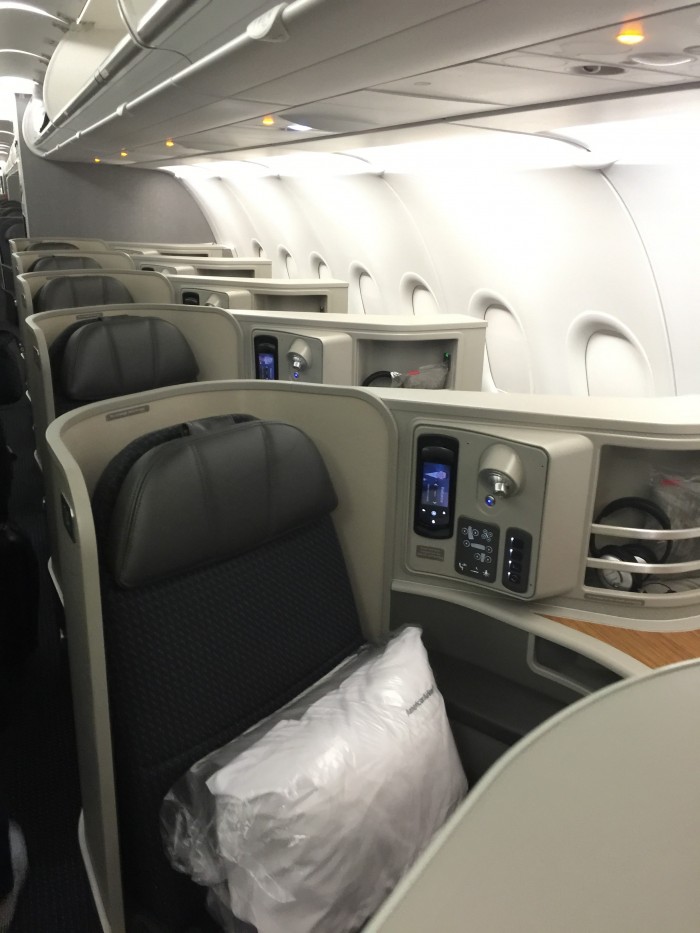 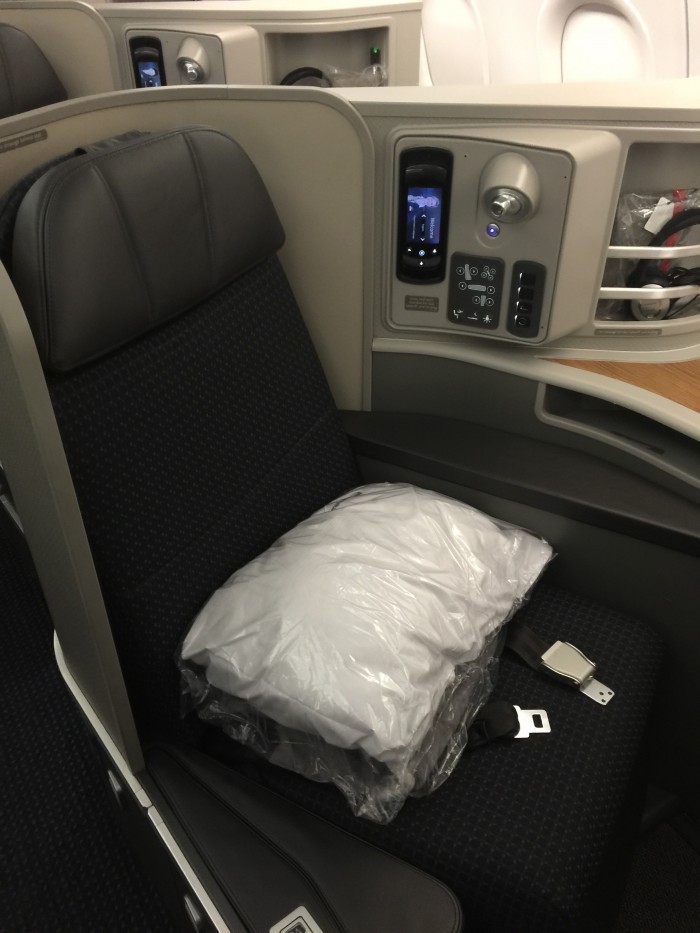 The seat has a ton of space. There was a lot of storage, a cup holder, a charge, and all kinds of outlets. You’d have no problem connecting everything you’d need to connect, should you choose to work during the flight. There were also Bose noise-canceling headphones. 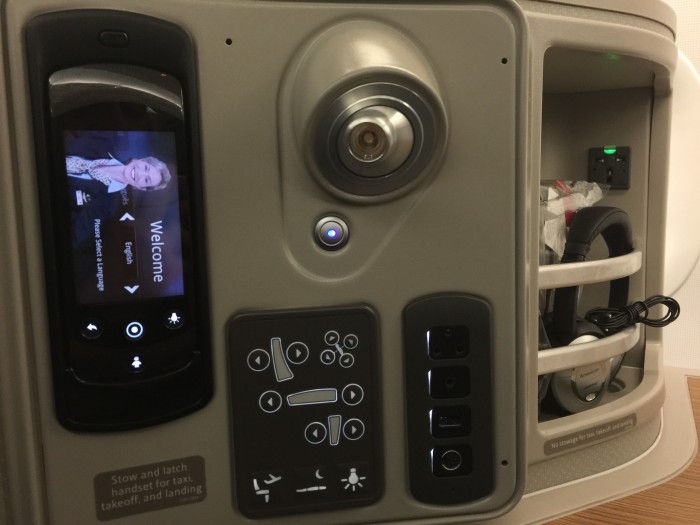 Originally, I was supposed to be flying to New York on a morning flight the following morning. However, American Airlines had redone their schedule after I had booked my flight, and I ended up being rebooked on an 11pm red eye the night before. I wasn’t particularly happy with this change, but unfortunately there were no suitable flights on the Airbus A321T, which I had booked solely because I wanted to try the first class service. As a result, I ended up doing red eye flights on back-to-back nights, which I do not recommend.

At around 4 hours, 45 minutes, the red eye flight from SFO to JFK doesn’t give anyone enough time for a decent night’s sleep, even if you are able to pass out right away. Thanks to the adrenaline of starting a trip, I wasn’t tired, so I opted for the meal service while watching a movie. I watched Inside Out, which was great. I especially liked when it made fun of some of the garbage that people try to pass off as pizza in San Francisco, and Lewis Black was also hilarious as usual. 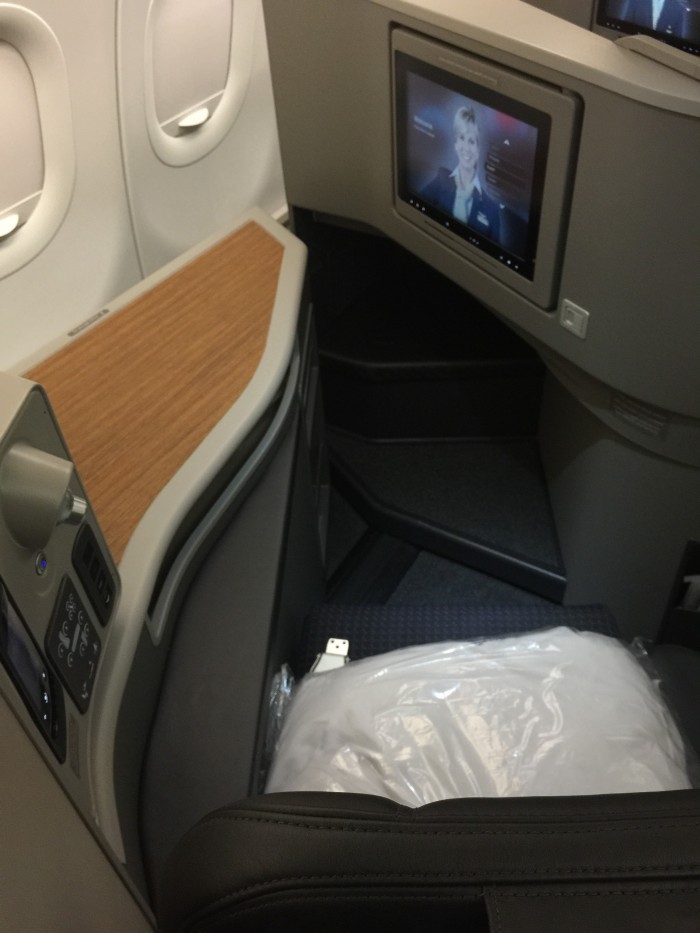 While I waited for everyone else to board, I checked out the amenity kit. American’s amenity kits feature old airlines that have been absorbed into the airline over the years, and I got PSA (Pacific Southwest Airlines). 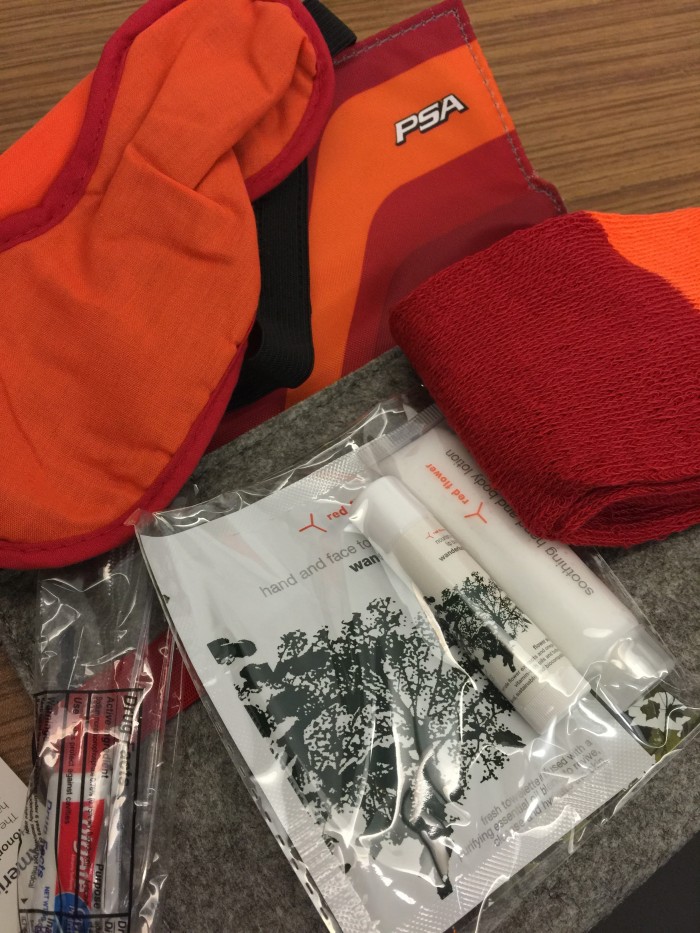 Here is the food menu from the flight: 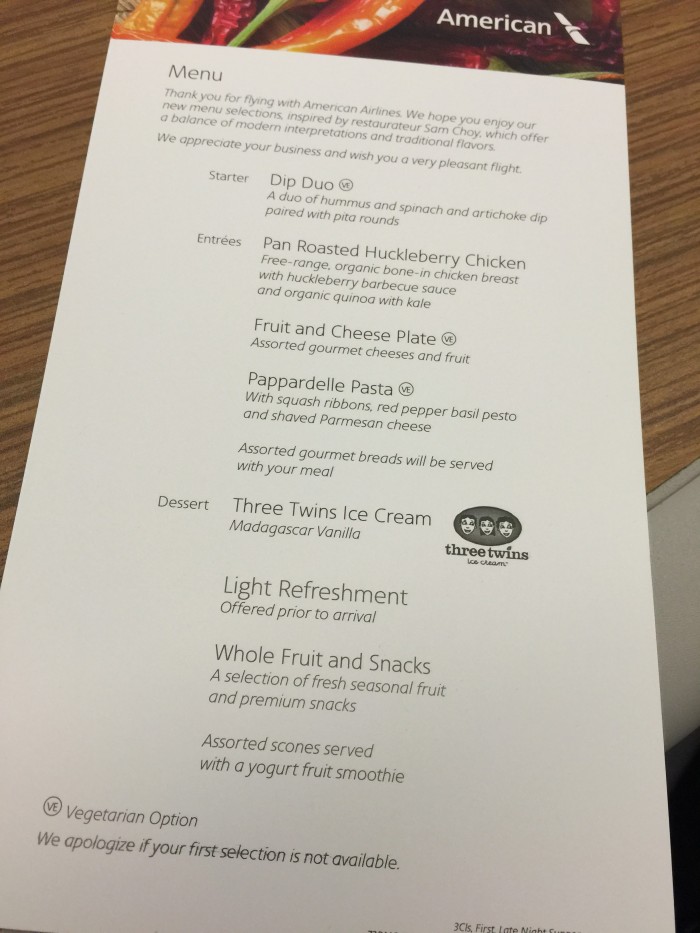 I opted for the hummus, spinach & artichoke dip, a pretzel roll, and a cheese plate. 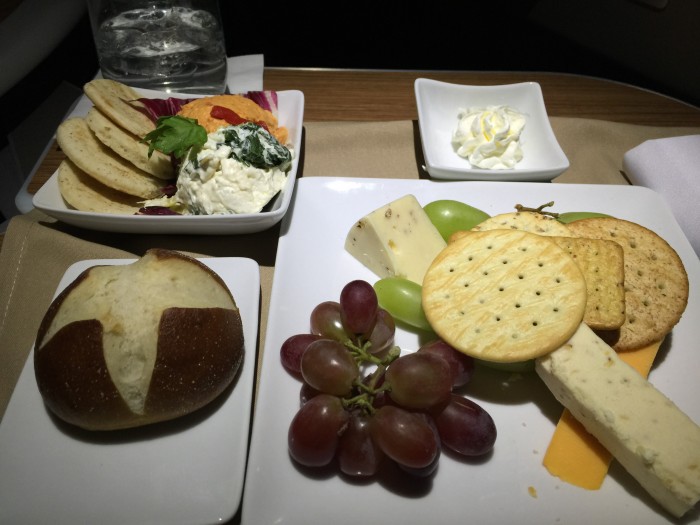 I finished the movie, then put the bed into the lie-flat position. I tried wearing the noise-canceling headphones, but as a side sleeper, this wasn’t particularly comfortable. 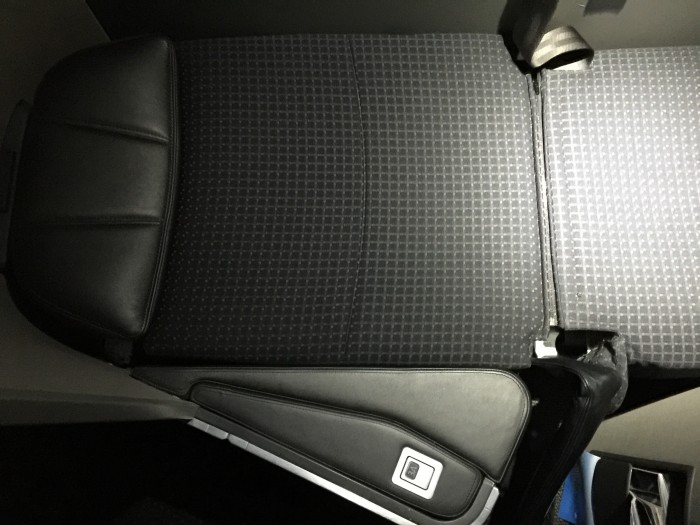 I did doze a bit, but not nearly enough. We were treated to these views of New York City on the way in to JFK. 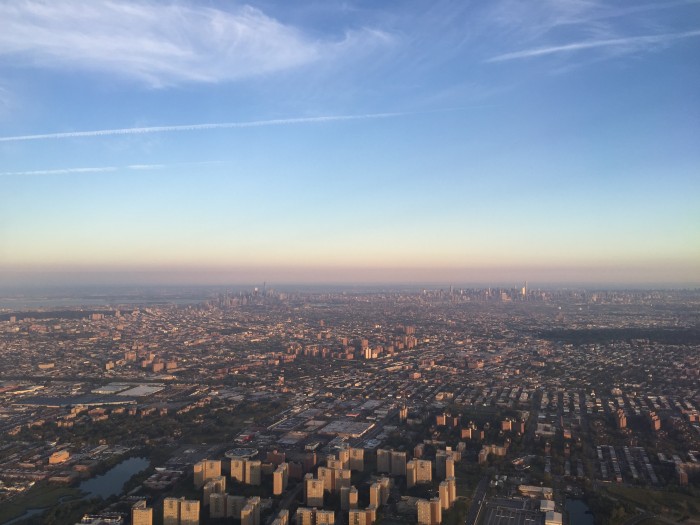 The service in first class on American was stellar. It was easily the best I’ve ever received on the airline. The problem is the flight is simply too short for any decent sleep. I was glad I got to check the first class seat & service out, but there was a mileage premium, as it was 12.5k extra miles to travel in first class rather than in business class. Had I not tried to combine a meal, movie, and some sleep, perhaps I would have felt that premium was a better value, though considering it was all booked with miles in the first place, I can’t complain about the experience. American’s transcontinental first class is a huge upgrade from their usual domestic first class service.