After our food tour of Stockholm, our day wasn’t over. Visit Stockholm had also organized a tour & private wine & food tasting at The Winery Hotel. 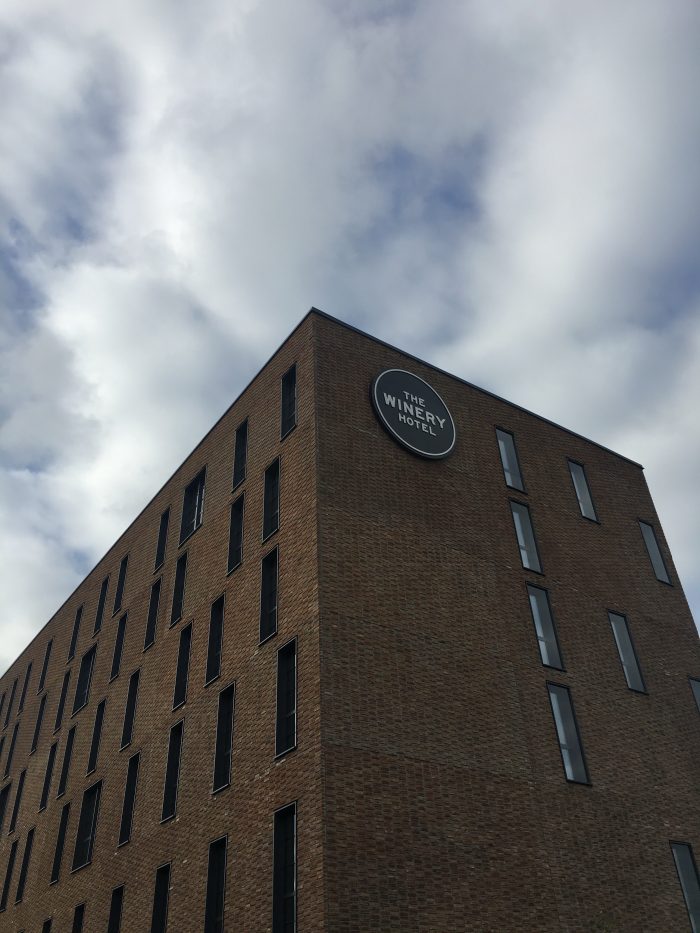 The Winery Hotel is brand new to Stockholm, having opened in January 2016. It’s the world’s first winery hotel. 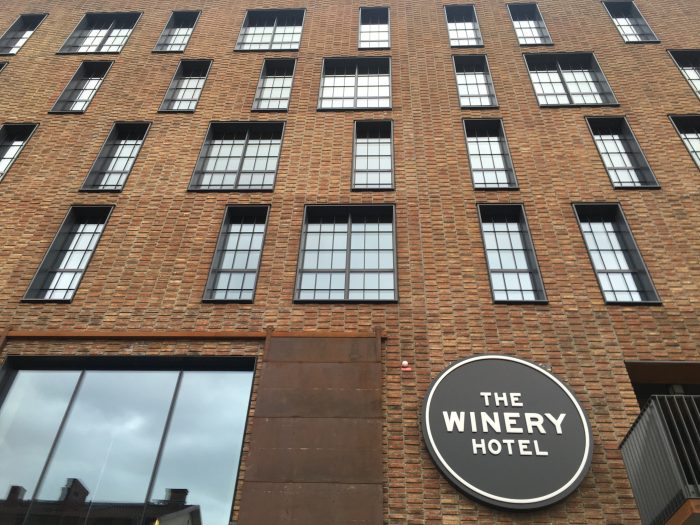 The first stop of our tour was the winemaking area. Of course, we tasted wine as we walked around. The plan for The Winery Hotel is to make wine on site, with grapes trucked up in refrigerated trucks from Tuscany. Their first cabernet sauvignon harvest was scheduled for September 2016. They plan on making 8,000 bottles per year. 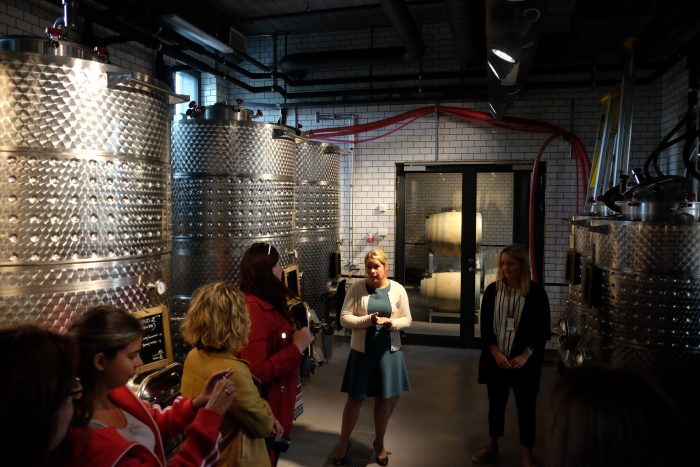 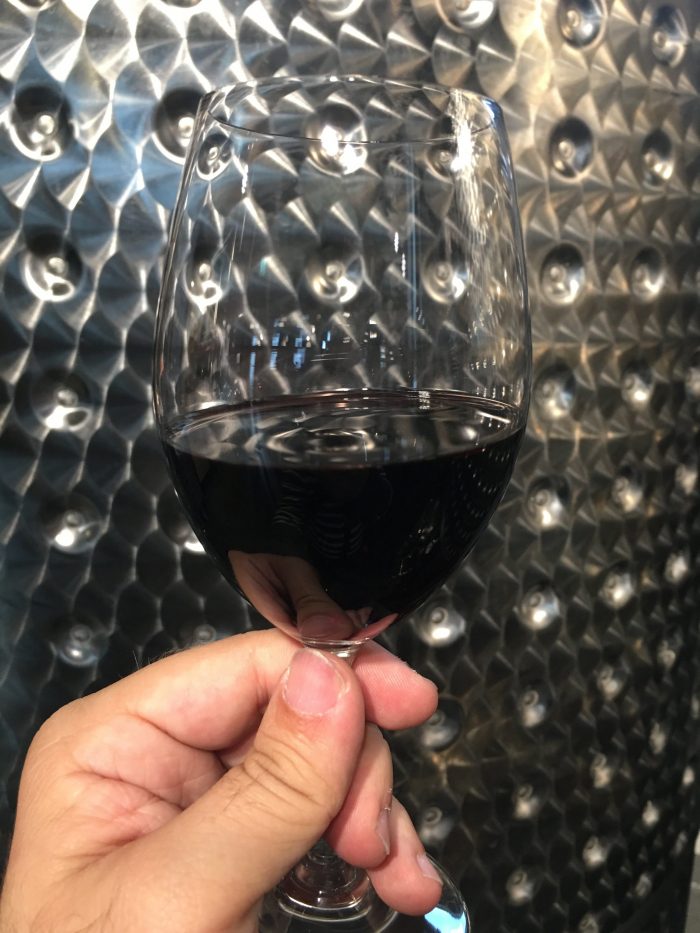 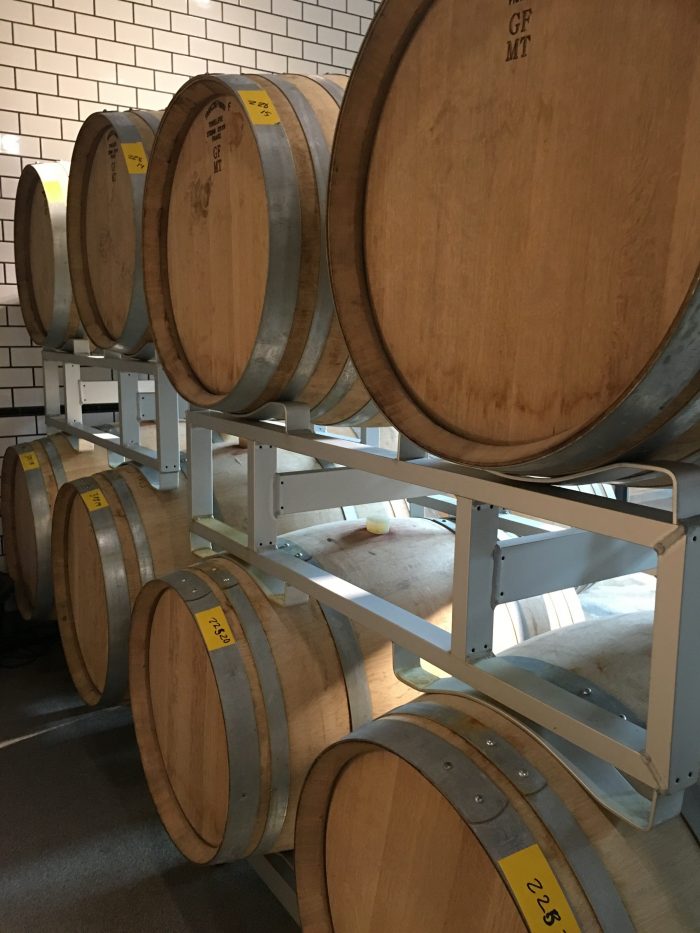 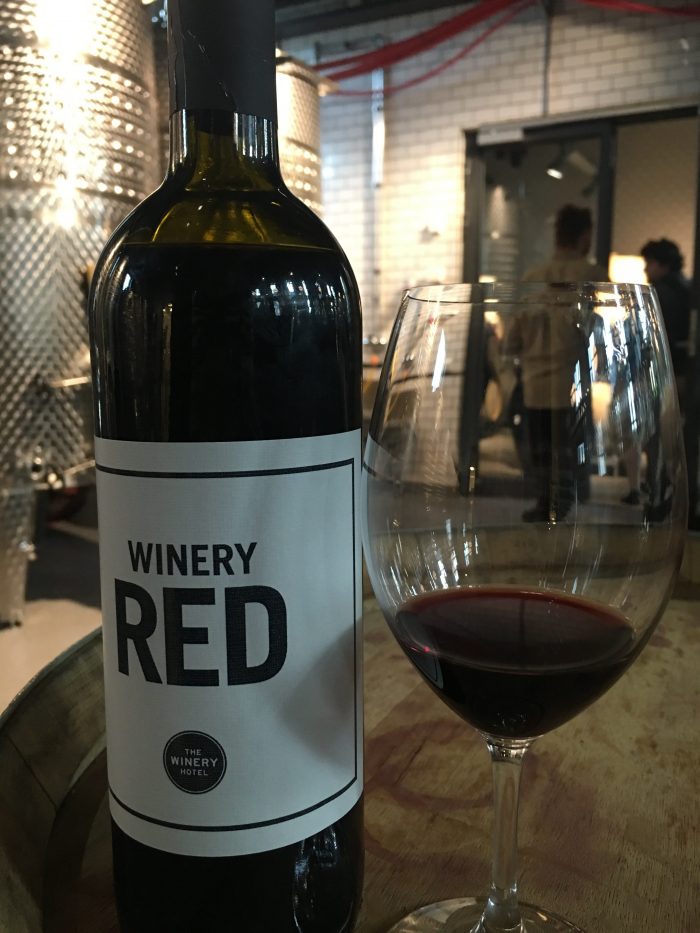 In addition to the winemaking facility, there is a huge dining hall just off of the hotel lobby. Here The Winery Hotel hosts winemakers dinners & monthly wine themes with seasonal food pairings. If you find yourself there and wine isn’t your thing, don’t worry, there is also a full bar and a selection of craft beer. 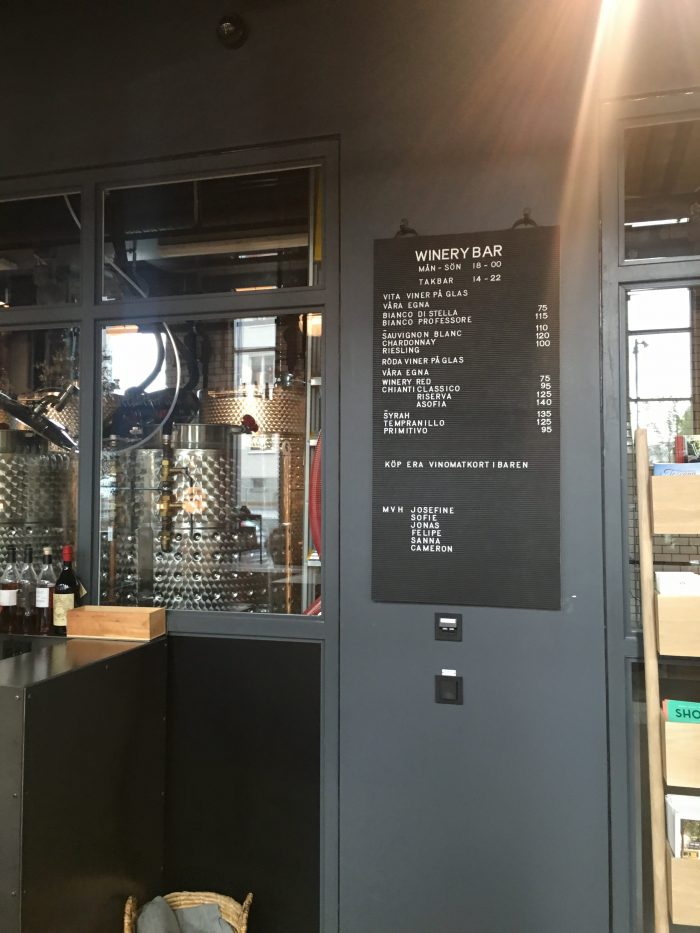 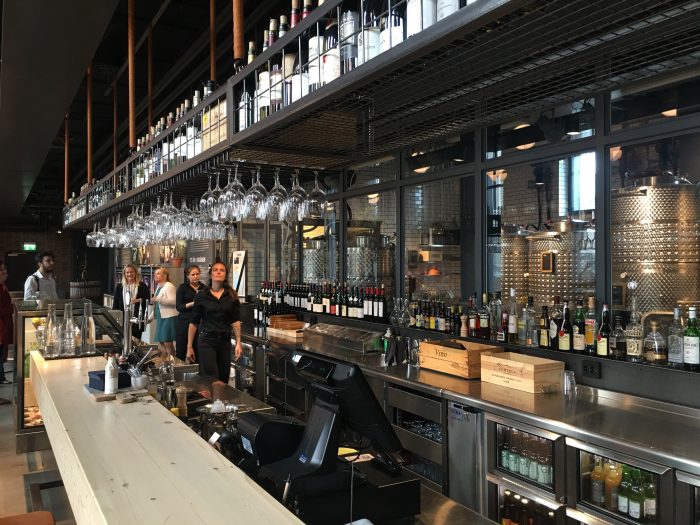 As we arrived in the dining hall, we saw that quite the feast had been laid out for us. In addition to several samples of wine, there was also plenty of meat and cheese, all presented gloriously. 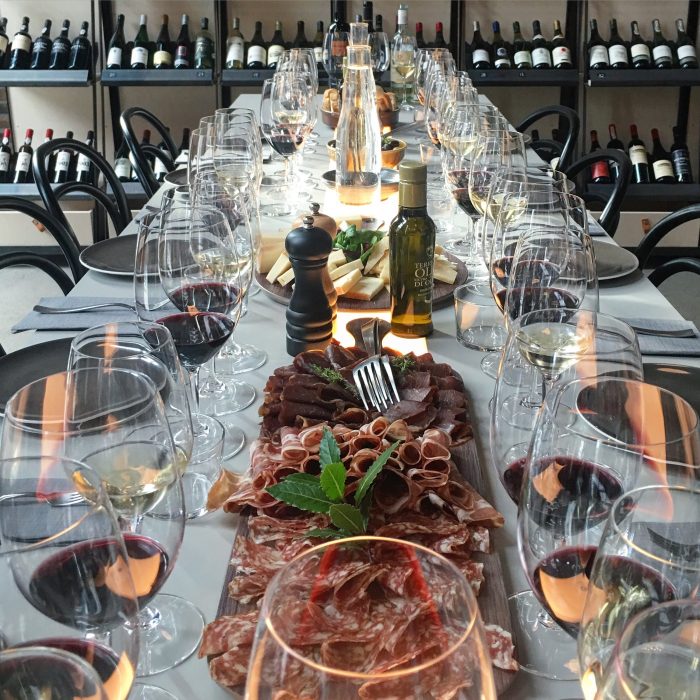 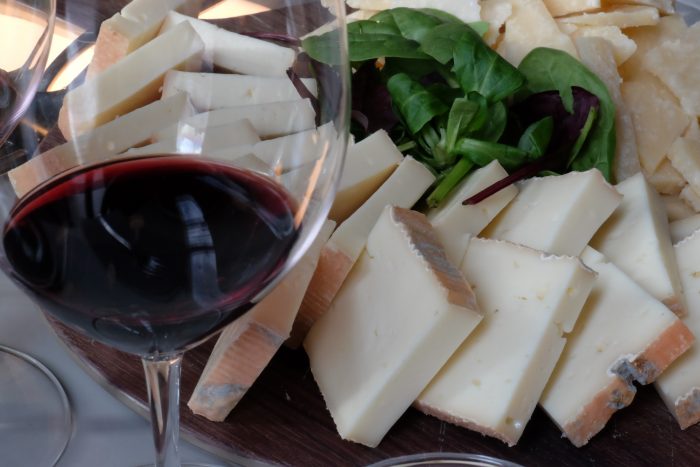 Even though we had been eating all day, we still managed to plow through it all, after having a full photo shoot of course. 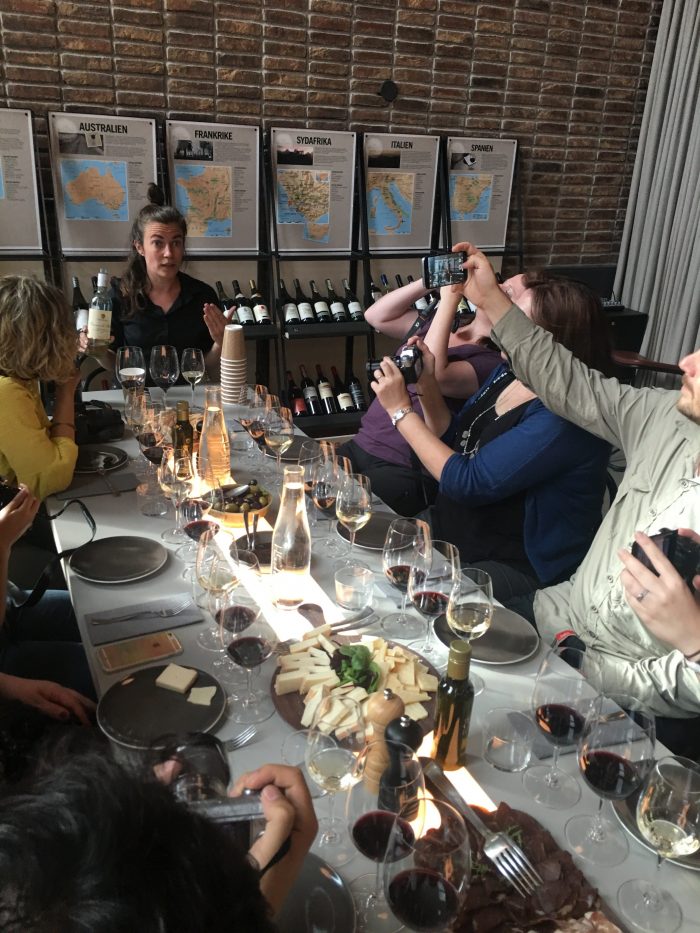 Following our wine & food, we headed up to check out one of the rooms. They have a nice casual boutique feel to them. 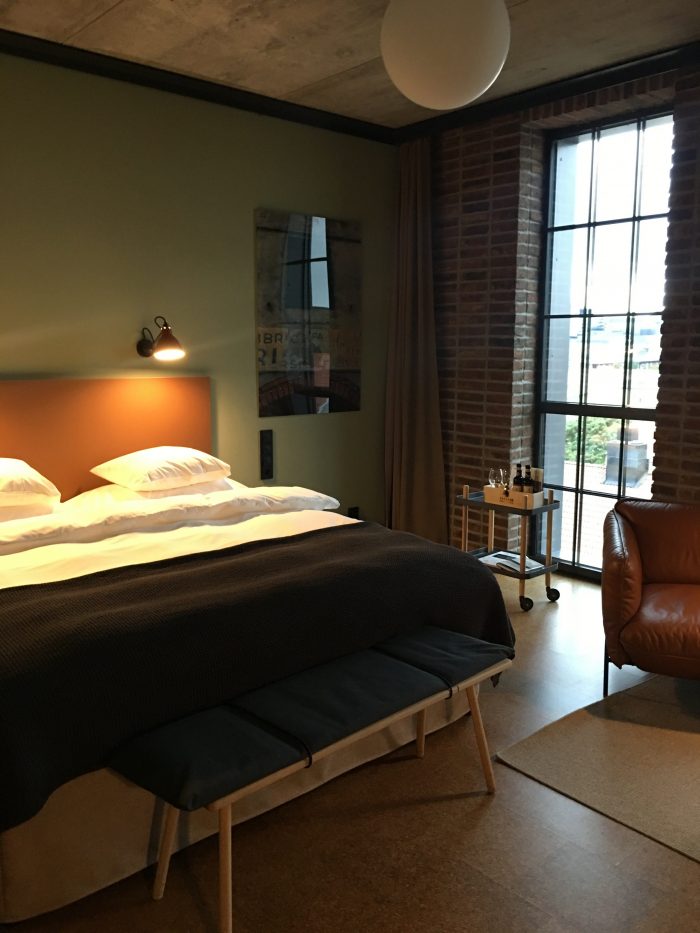 We also went up to the huge rooftop deck, which has a pool & a bar. It’s a nice spot for enjoying the sunset & views across the hills that surround the area of the Stockholm suburbs. 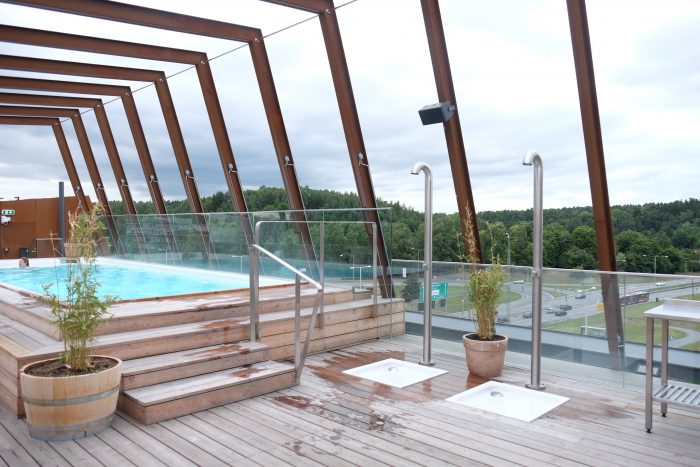 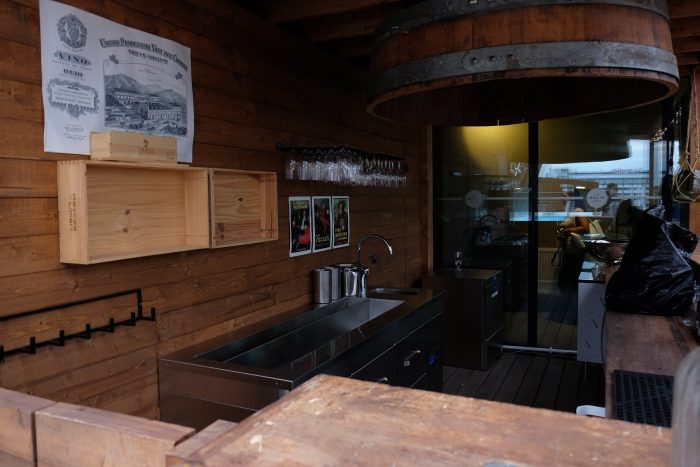 While we didn’t stay overnight, we enjoyed the hospitality at The Winery Hotel. The wine & food were great, as was the company. If you are a travel blogger & you ever attend TBEX, be sure to join the pre-conference tours, as they are a great way to make friends. Thanks to Visit Stockholm & TBEX for organizing it as part of our day of gluttony!