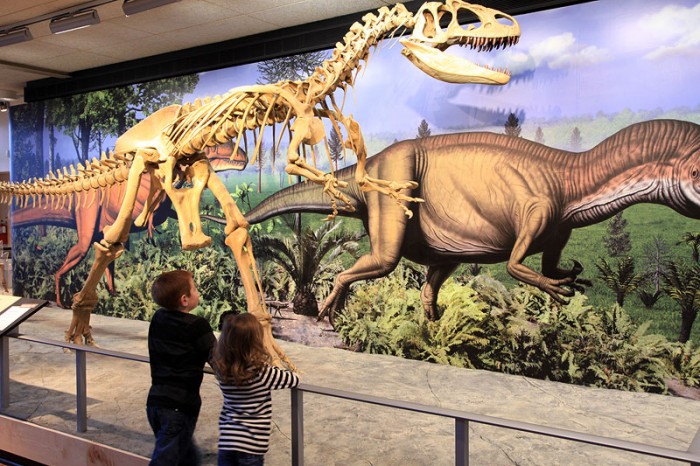 Northeastern Utah, AKA Dinosaurland, is the world’s best place for traveling back in time to when dinosaurs roamed the Earth. The region is filled with parklands such as the great Dinosaur National Monument, where signs of the great beasts can be explored along with other fantastic vistas. While dinosaurs are of course a source of obsessive fun for kids, let’s face it, many grown-ups will also enjoy their time in Dinosaurland as well, whether they love dinosaurs or just want to take in the dramatic views. The region is a perfect place to stop as part of a road trip to all of the other great National Parks and Monuments of the west.

The top things to see & do in Dinosaurland 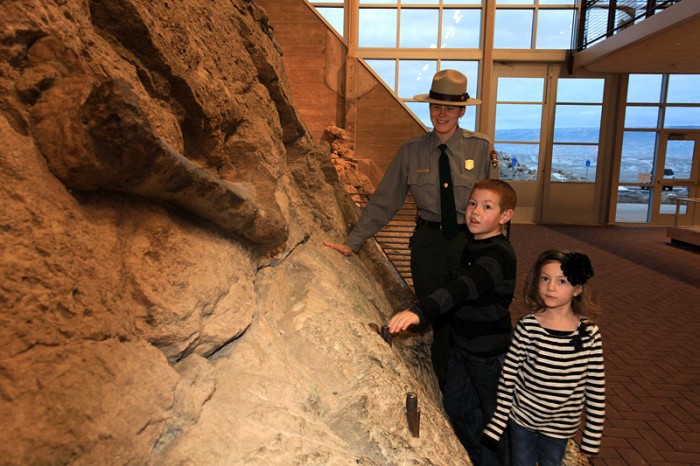 Long after the time of the dinosaurs, but before the modern time, Dinosaurland was home to Native Americans such as the Fremont. Signs of their presence can still be spotted in a few locations around northeastern Utah today, including petroglyphs at McConkie Ranch, as well as petroglyphs and pictographs in Nine Mile Canyon, which is actually forty miles long, and is considered to be the world’s longest art gallery.

Northeastern Utah has several other state parks where you can explore dinosaur artifacts and other scenery. All of the parks are filled with hiking trails where you can reconnect with nature.

Red Fleet State Park is a geologic wonder. The park is named for three large Navajo sandstone outcrops that float across the landscape, resembling a fleet of ships. 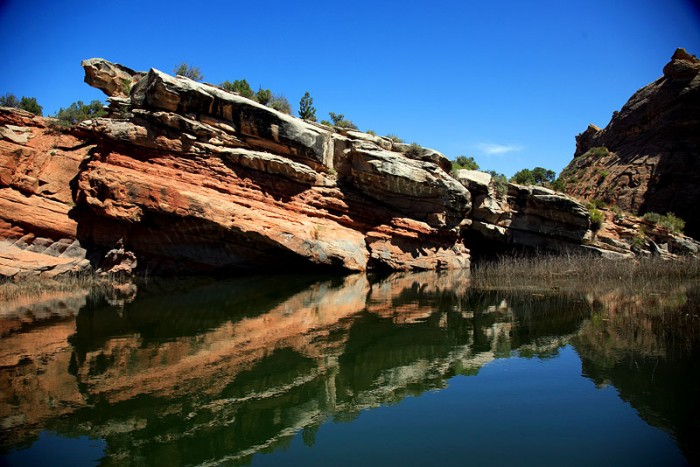 The state park is also home to what is called the Dinosaur Trackway. Millions of years ago, the area that is now Red Fleet State Park was covered with shallow lakes called playas. The dinosaurs were drawn to these water sources, and remarkably these tracks across the sand have survived for 200 million years, preserved in sandstone. They are truly a sight to behold. The area is still a great spot for spotting animals to this day. 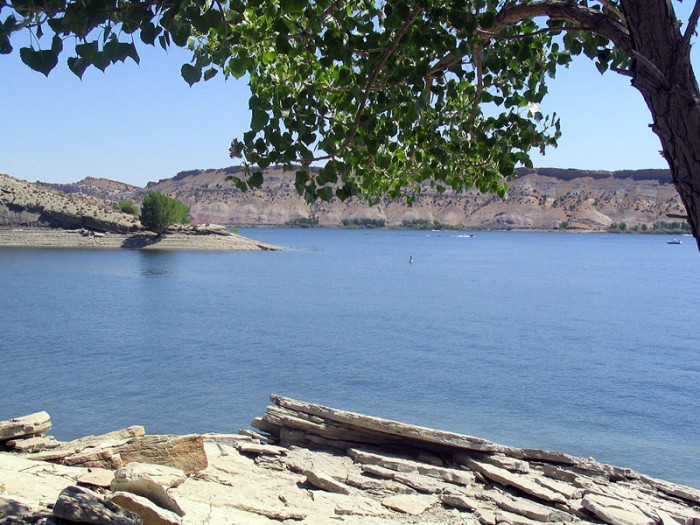 Like Red Fleet State Park, Steinaker State Park has been a great spot for wildlife for hundreds of millions of years. Visitors can spot dinosaur fossils that are part of the Morrison Formation, a layer of strata from the Jurassic Period. Nowadays, you can also spot living animals such as mule deer, jack rabbits, porcupines, elk, coyotes and bobcats, in addition to great birdwatching opportunities. 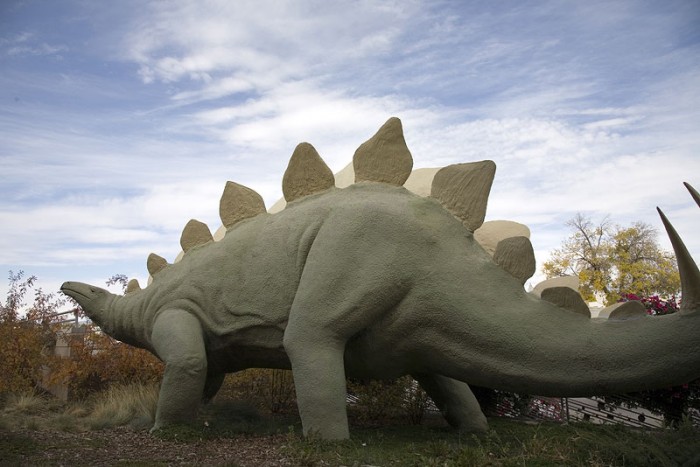 Located in nearby Vernal, Utah (see more about the town below), the Utah Field House of Natural History State Park Museum is a great place to learn more about dinosaurs and the history of northeastern Utah. The museum connects the past to the present through a series of interactive exhibits. Get a true sense of how big the dinosaurs were by exploring their Dinosaur Gardens.

Vernal, Utah is the gateway to Dinosaurland. The town is home to several hotels at a variety of budget levels, as well as an array of restaurants ranging from fast food to restaurants that serve locally-inspired dishes. At night, you can explore the nightlife at local pubs, or venture back out to the wilderness to see the stars in some of the darkest night skies in the United States.

For hundreds of millions of years, Dinosaurland has been a place where plants and animals have thrived. While the time of the dinosaurs has long passed, visitors to Dinosaurland can see the remnants of their presence while also viewing how nature still dominates the land.