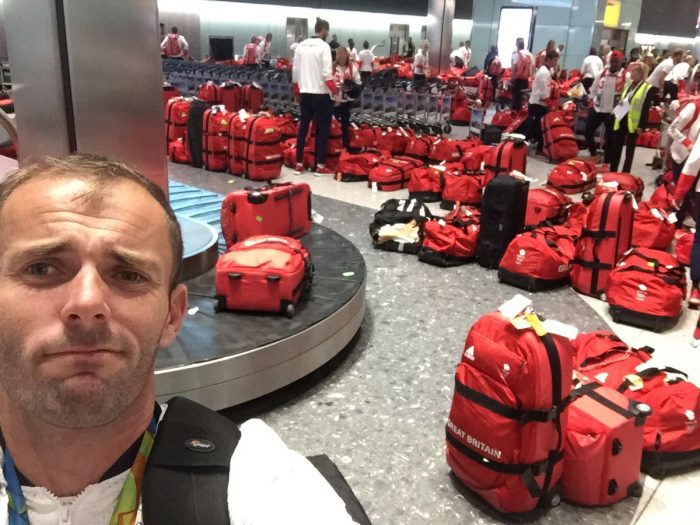 If you’re like many travelers, you’ve stood at baggage claim looking for your bag, thought you spotted it, then realized it was someone else’s since it looked exactly like yours. This is especially common if you have black suitcases. Although they look better when they get worn and dirty, when everyone has them, they don’t stand out at all.

The Olympic team from Great Britain didn’t have a problem with black luggage when they returned to London from Rio. Instead, their issue was that all of their luggage had been provided to every single athlete, resulting in this chaos (via Deadspin):

Mine’s the red one!! pic.twitter.com/Z68nxrDyJ6

Finding my bag could prove more challenging than the racing #greattobeBAck @TeamGB pic.twitter.com/SyzXO153KU

It doesn’t matter what color your bag is when there are hundreds of people traveling with suitcases that are all that same color!

While you’re not likely to be traveling with hundreds of people with identical luggage like the British Olympic Team did, you should still make your suitcase stand out.

Here are just a few ways that you can make your luggage stand out at the airport baggage claim:

How do you make sure you find your luggage and nobody else accidentally takes it first?