I visited Estonia after having come from Latvia. As I wrote about that part of my trip, the Soviet era was rough for the Baltic states. One gruesome reminder of the Soviet occupation of Estonia is Patarei Prison in Tallinn. 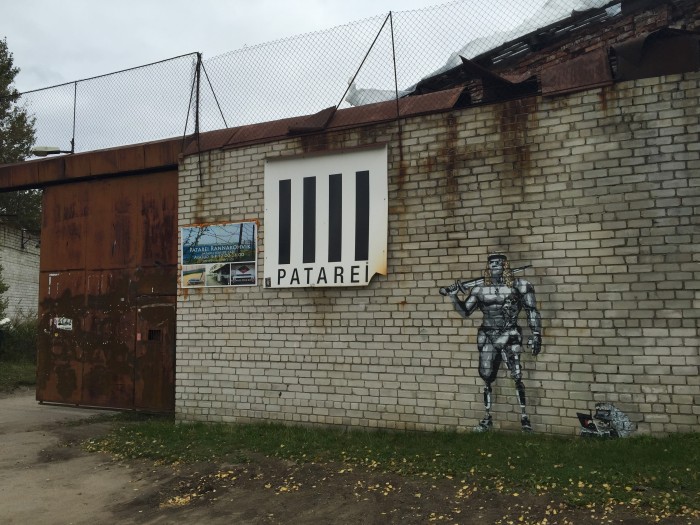 Built originally as a sea fortress during the 1800s, Patarei eventually was used as a massive prison by the Soviets. Here, some Estonian prisoners were tortured, some were sent to Siberia, and others were executed. For decades, it was a site of unimaginable atrocities. Even after Estonia gained its freedom, Patarei Prison was still used for over a decade, finally being shuttered in 2004. Following the closure of the prison, the site fell into further disrepair. It was never a pleasant facility in the first place, clinging to the dreary Baltic cliffs of northern Estonia, but nature began to reclaim the buildings bit-by-bit. 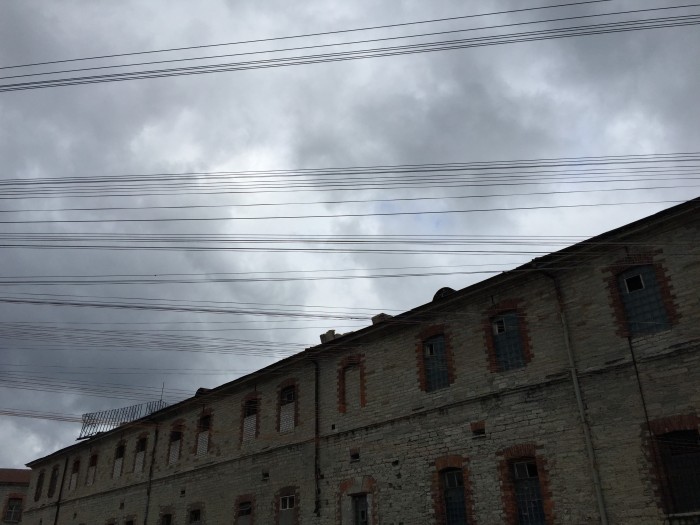 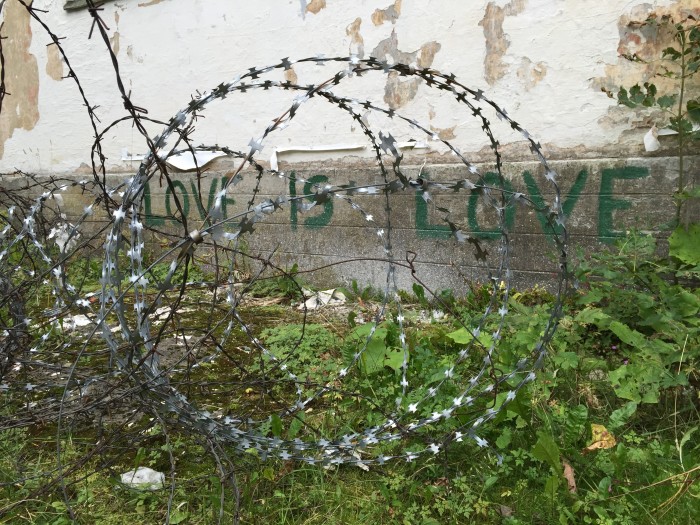 Nowadays, Patarei Prison is open to the public, but this is not a sterile historical site. It’s a wonder for urban explorers who enjoy venturing into abandoned sites & ruins. While it may not have the thrill of urbex places that are closed to the public, it’s a nice gateway for those like myself who are fascinated by wandering through a place that has been left to the elements, but don’t want to break in anywhere.

Patarei Prison is about a 15 minute walk from Old Town Tallinn. It’s fairly easy to find, though immediately upon entry, it won’t be clear where you should go. If you head to the right as you enter the main gate, you’ll be able to wander around a bit of the outside of some of the outer buildings of the complex that are not open to the public. Head downward to the left if you want to go to the main entrance. 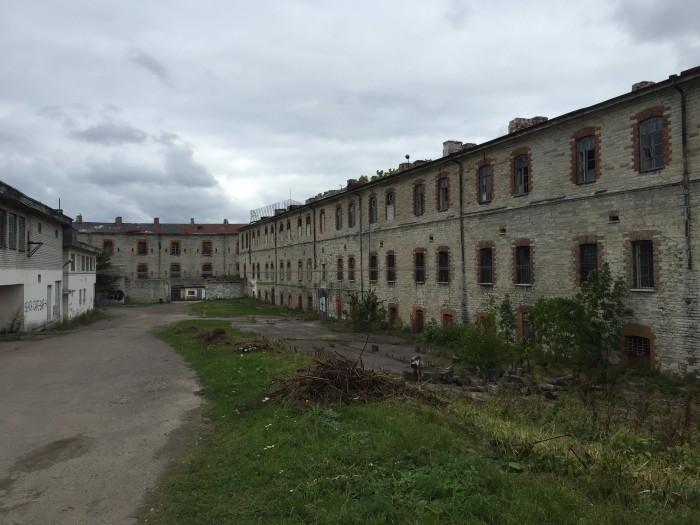 The complex is now run as a cultural park. Visitors are free to explore much of the grounds on their own during the summer months, though tours are also offered year-round for full access. Music & arts events are also held at Patarei. It’s an intriguing use of the abaondoned facility, especially when many of the artistic installations incorporate elements of the prison. More on that later as we head deeper inside. You can read more about how to visit Patarei Prison here.

There is a small trailer at the main entrance. Pay 3 Euros for your entry ticket, and then you’re off. There is a cafe around the back of the prison, though it was closed when I was there. There was also a port-a-potty. This is the fanciest convenience you will encounter for the rest of your time at Patarei. 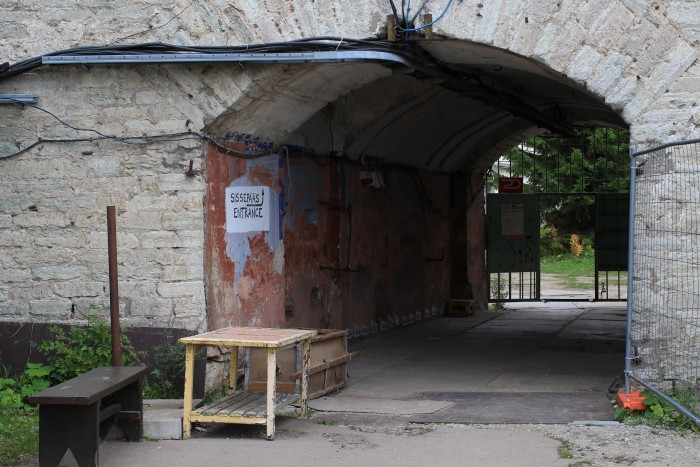 It was a cold, grey day. The wind was howling off the Baltic Sea, and seeing as it was a Monday afternoon in late September, there weren’t many people around, adding to the bleakness. At times, I was alone to hear every little rustle and rattle of the place.

The few people I did encounter also seemed aware of this. When I did run into someone, we all seemed to be making as much noise as possible as we walked around the courtyards & buildings, so as not to surprise anyone. If you haven’t yet gotten a sense of this, Patarei is CREEPY.

My first stop was the hanging room, just to the right of the entrance. Based on the name, you can probably guess what happened in here. 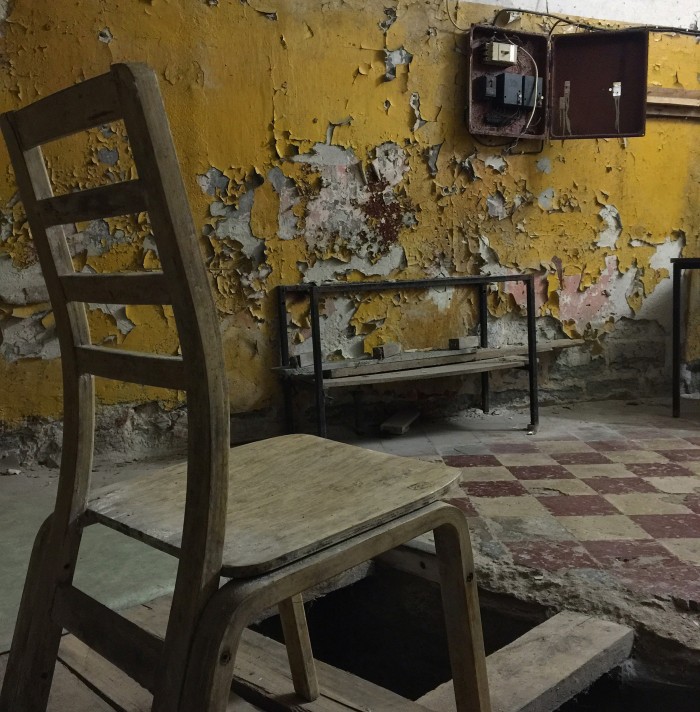 Needing to head back outside for a bit, I then went to the walking yards and the courtyard. I was there on one of the last days the facility would be open for individual exploring for the rest of the year without a guided tour. Taking a tour would have been interesting, as there are no explanations of what each part of the facility is beyond the occasional sign with a name on it. 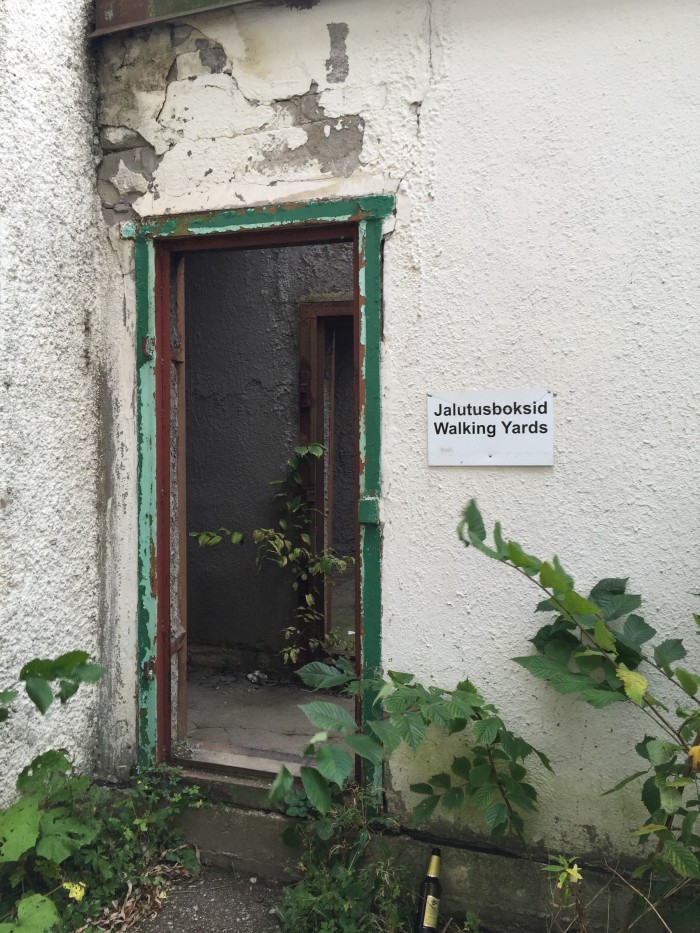 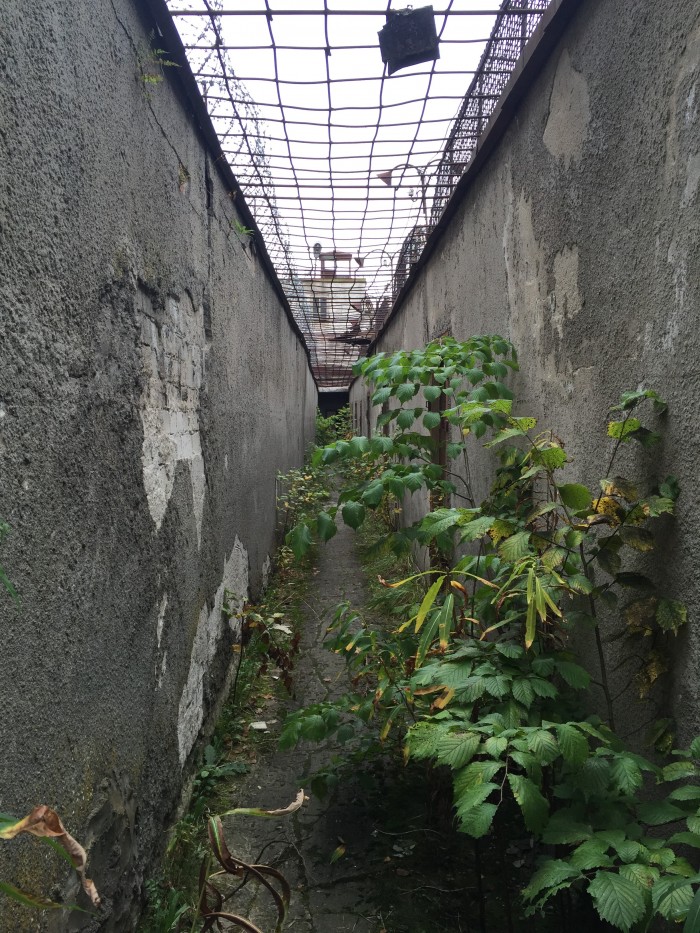 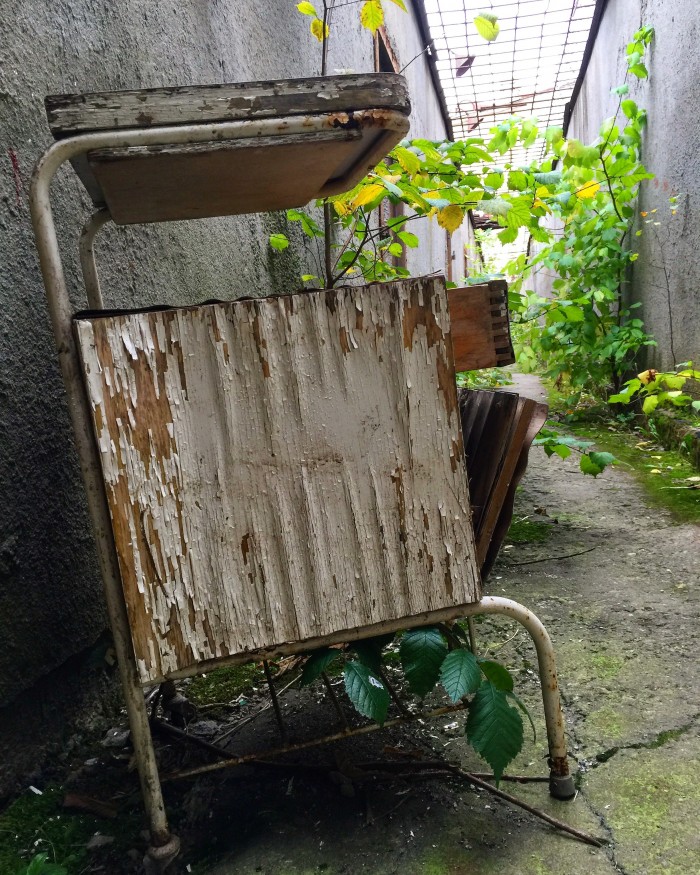 It’s easy to find yourself getting lost while you wander, as there are no maps, several dead ends, and a lack of a cohesive floor plan. Not lost in a dangerous way, mind you, but lost in a way that you might have to backtrack a bit, or you might end up stumbling upon a new area you hadn’t yet explored. 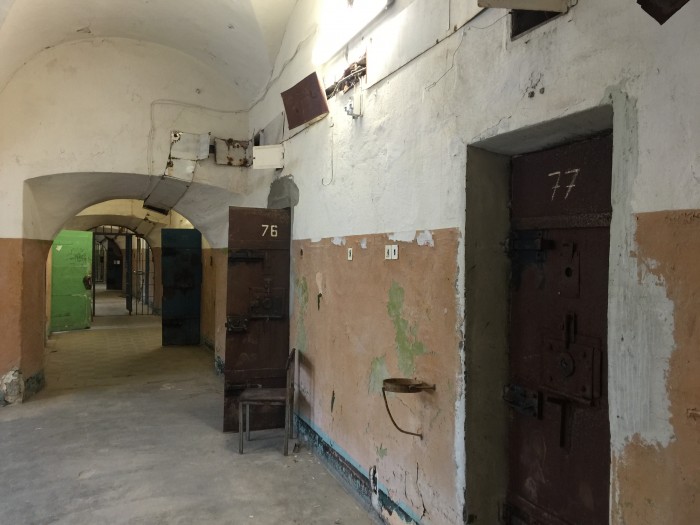 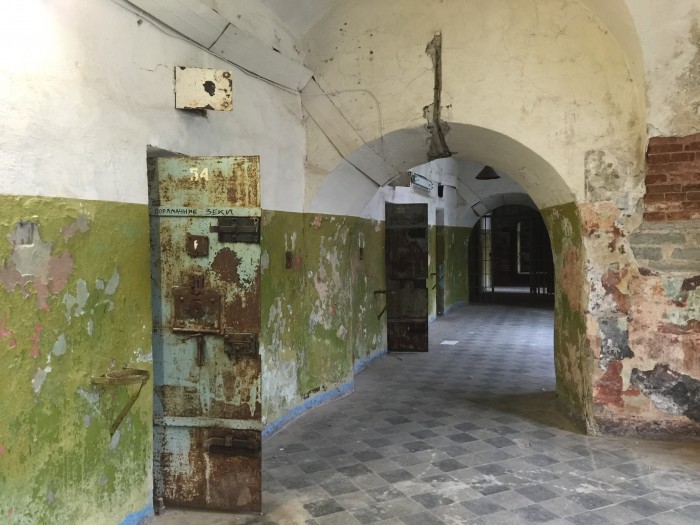 The best preserved rooms of Patarei are currently used for art exhibitions. Many of the works had political & social messages tying back to the original nature of the facility. Less “official” art included plenty of graffiti. 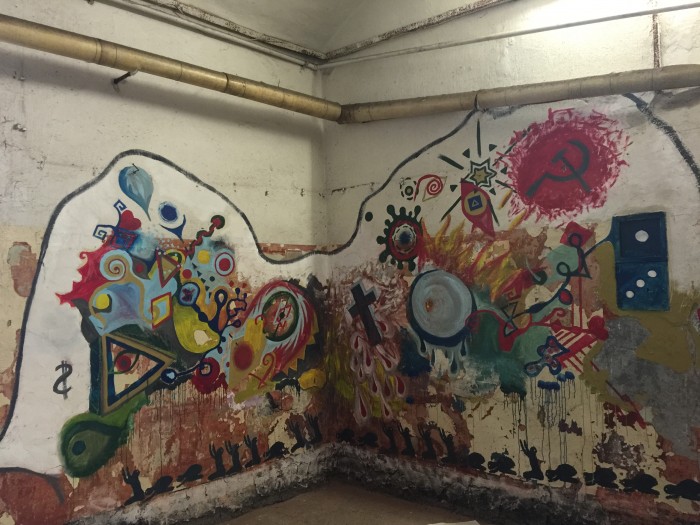 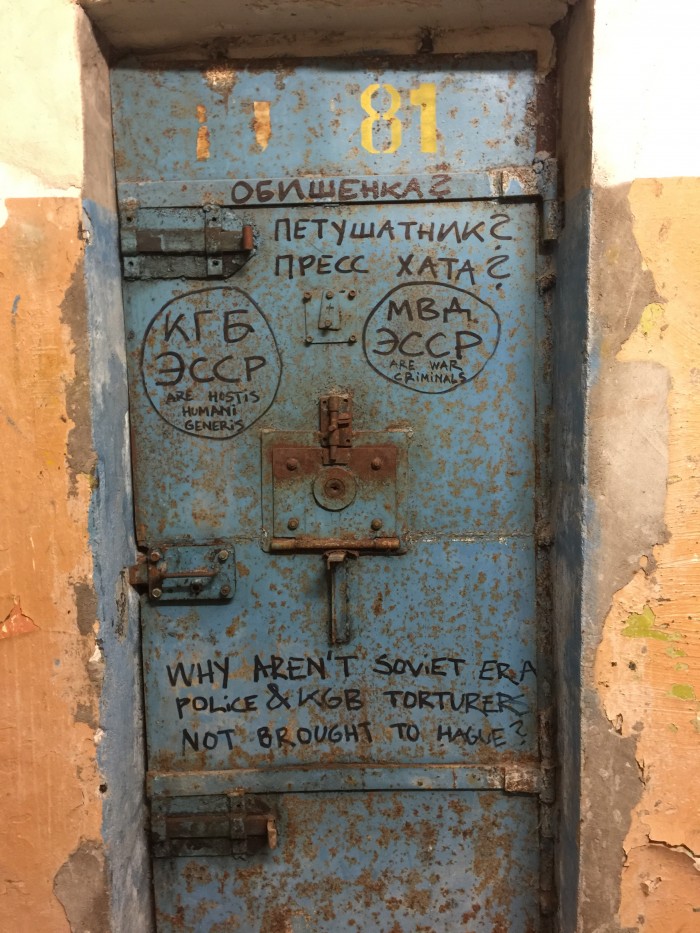 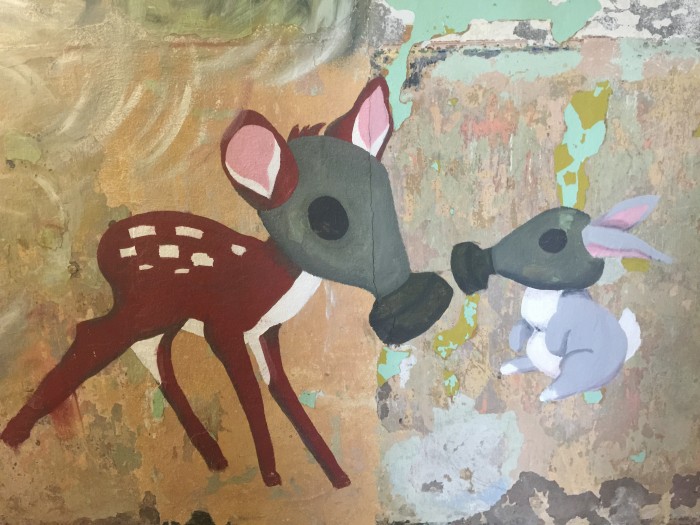 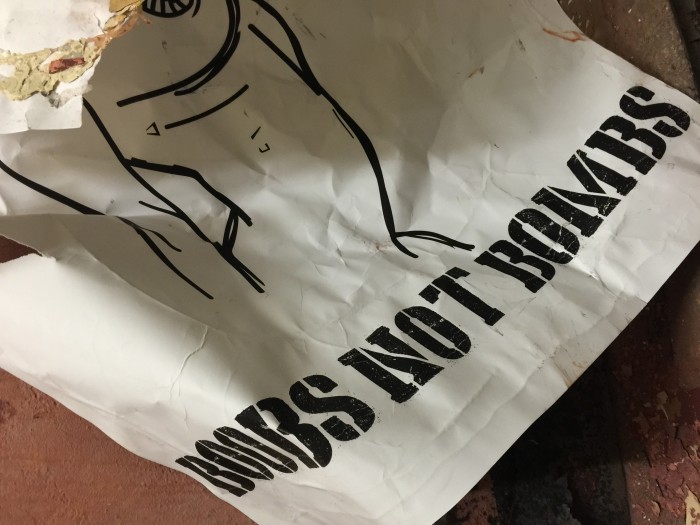 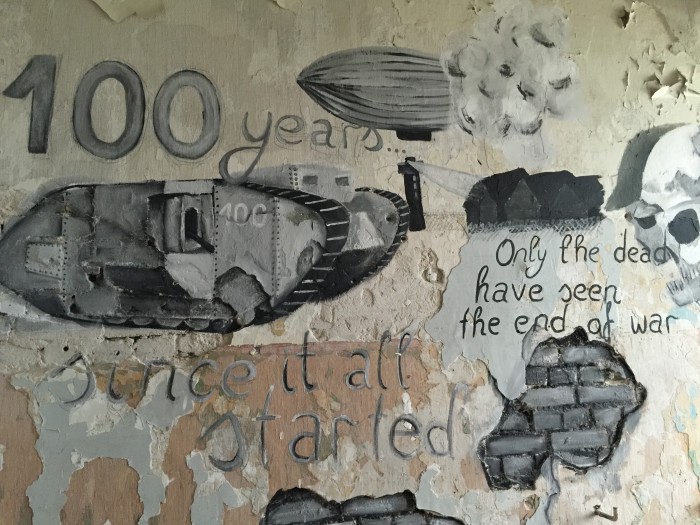 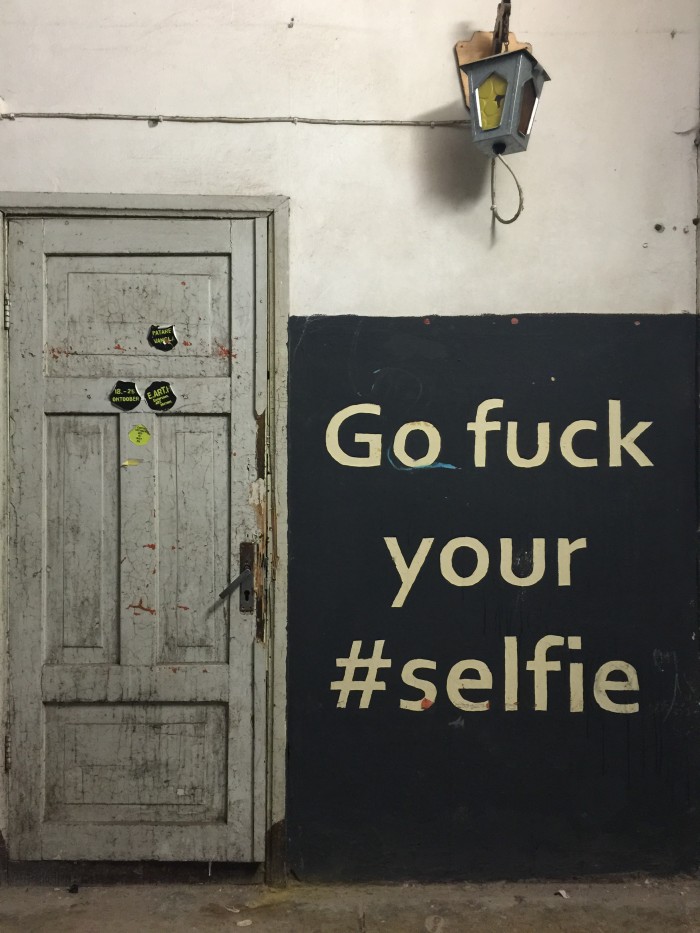 The walls of the prison are a time capsule. Time stopped in the early 2000s when the prison was abandoned, but from a pop culture standpoint, it’s interesting to see the makeshift decorations on the walls dating from some time before the closure. 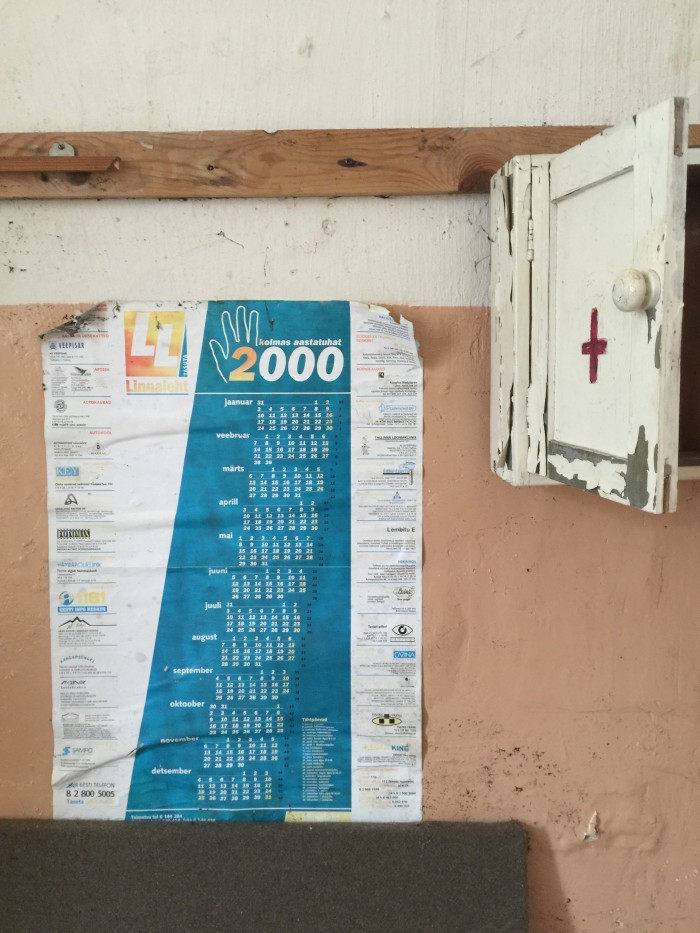 For example, someone had pasted an Estonian poster for the 1999 movie “Ten Things I Hate About You” on a wall, along with several other 90s advertisements. 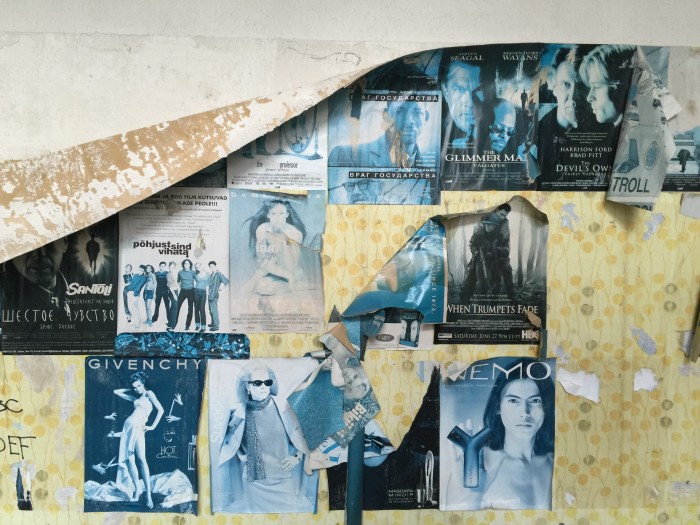 Be careful when visiting Patarei. While very unsafe areas are marked & closed off, there are still plenty of places where you can get hurt if you are too adventurous or aren’t paying attention. Wear sturdy shoes (I wore boots), as it’s not always easy to see what detritus might be hidden in the darkness or weeds. I’d also recommend bringing a flashlight. I did not, though the one on my phone worked fine.

If you’re a photographer, you will love Patarei. Don’t be like me; check your camera batteries before you go, otherwise you will be stuck only shooting with your iPhone. It was fine, though I did miss out on some shots thanks to all 3 of my camera batteries being unexpectedly drained. 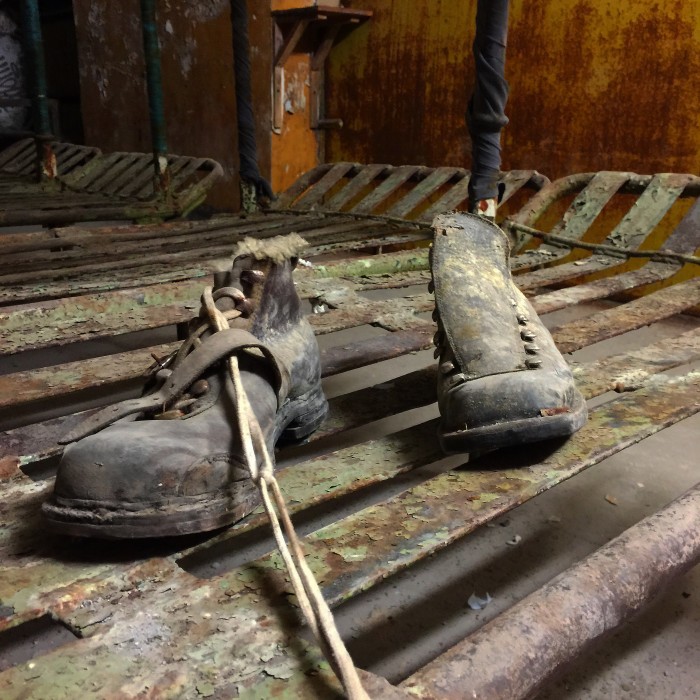 I spent about two hours exploring Patarei Prison. There were sections of its labyrinthian interior that I missed. I’d love to go back again sometime so I can see more, as well as take more photos. The grey nature of the day I visited did lend an appropriate gloom to the prison, though I would also like to see it on a bright, sunny day, as it would let more light into the darkened interior rooms. 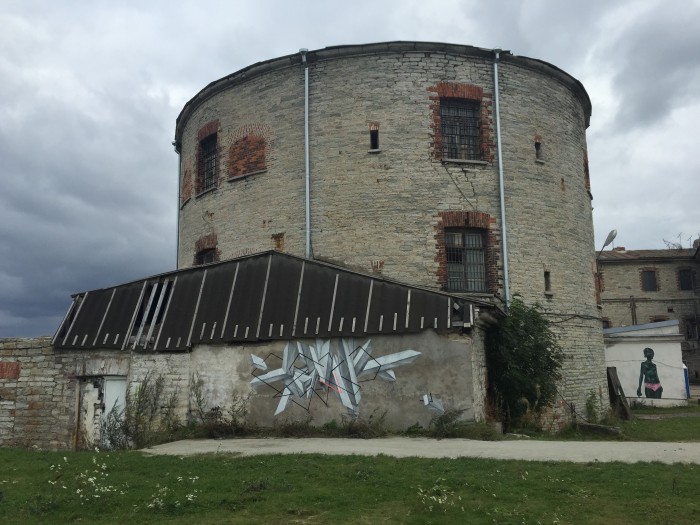 It’s not yet known what will happen to Patarei Prison. Currently, it’s a fine location for exploration & the arts, but eventually it work will need to be done to make it safer for the longer term. While its ruined state will only continue to fall further into disrepair if action isn’t taken, I hope that as much of the site as possible can be preserved as a reminder of the dark history of Tallinn, rather than being turned into condos or something boring.