Riga, Latvia shares a similar history with the rest of the Baltic region, a history that is told throughout the museums in Riga. During the 20th century, Riga was constantly stuck between two massive powers, Germany & Russia. The city, along with the rest of Latvia, found itself being passed back and forth between the two, with brief periods of independence as well.

Here’s a quick summary of who controlled Latvia during the 20th century:

That’s just a brief summary roughly covering the years; the full history of Latvia is worth reading here. As you would expect from being in the middle of battles during two World Wars as well as additional occupations punctuated by fights for independence, the recent history of Riga has been painful. While the country is looking toward the future as part of the European Union, it is still remembering the scars of the recent past.

I visited several museums while I was in Riga. The museums each cover somewhat different aspects of Latvian history, but they helped give perspective on how the city has become what it is today.

The best museums in Riga, Latvia

Museum of the History of Riga & Navigation

At first glance, the Museum of the History of Riga & Navigation seems to combine two disparate topics. However, given the position of Riga on the Baltic Sea, it’s clear that the city’s history is closely tied with navigation & seafaring.

As far as history museums go, Museum of the History of Riga & Navigation was a standard city museum. Founded in 1773, it’s one of the oldest museums in Europe. The museum was surprisingly large given the size of Riga, though the exhibits weren’t always presented in a particularly interesting way, the collection was thorough, including prehistory, weapons, clothing, furniture, decorations, and other aspects of Latvian life. 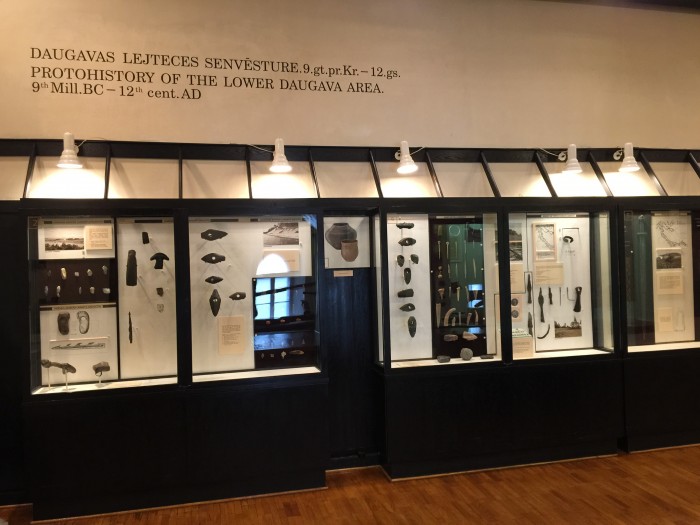 One of the more interesting exhibits in the museum was the remains of a 13th century ship. There were also several ship models & navigational instruments. 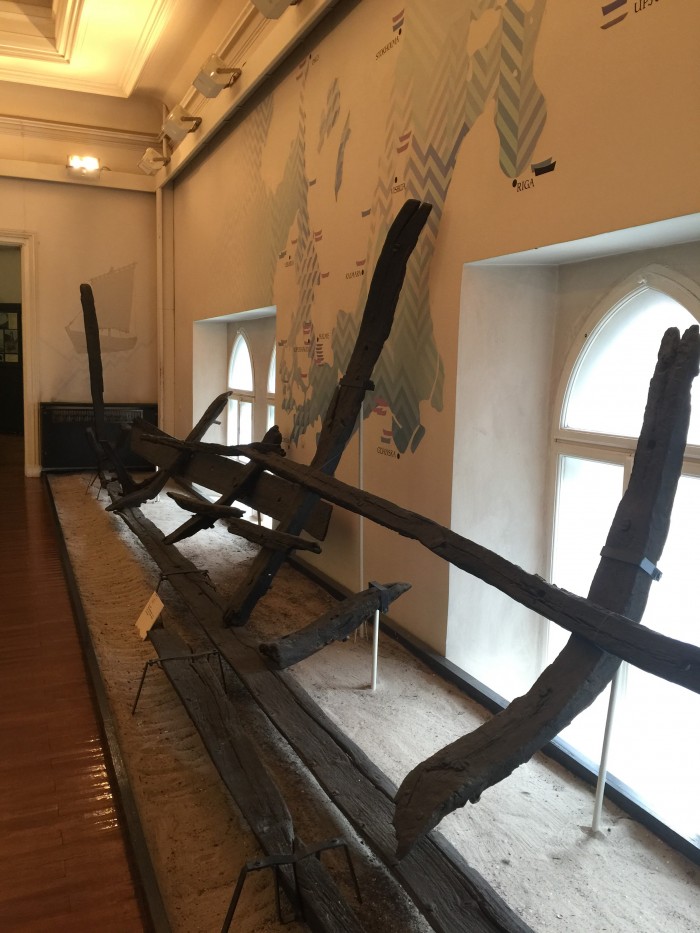 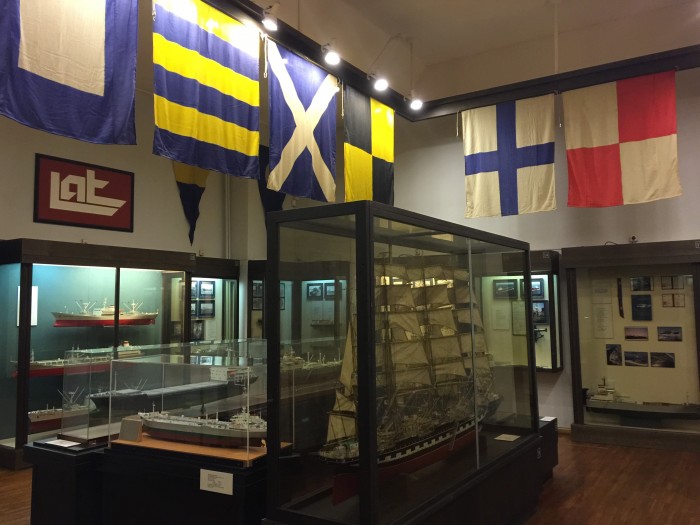 The museum could do with a bit of updating, as many of the exhibits looked a bit dated. None of the descriptions were directly in English, but there were a few translation cards available in each room. This was fine since it wasn’t busy, and perhaps even during the height of tourist season the museum still isn’t crowded. 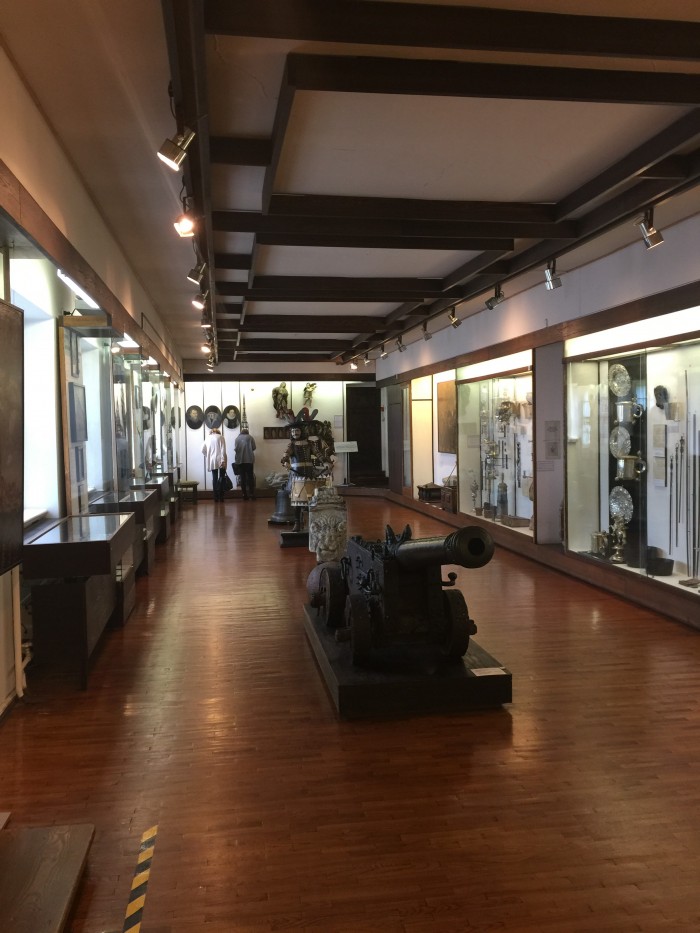 At first glance, it seems strange that the museum only really covers the period up until 1940. On one hand, it could be due to how the museum looking like it hadn’t had many recent updates, but more likely it is because there’s another museum that covers recent Latvian history more extensively.

Museum of the Occupation of Latvia 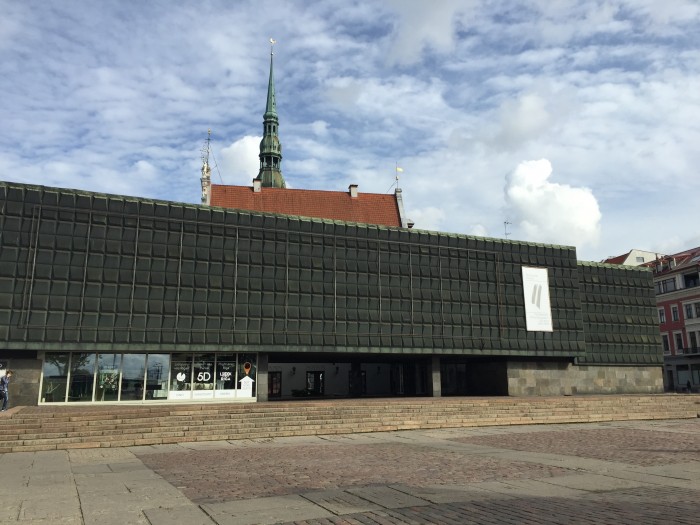 Latvia lost 550,000 people during the Soviet and German occupations due to murder, war, deportations, refugees, and disappearances. That was a loss of more than third of population between 1939 & 1949. The museum pulls no punches in showing just how awful the period was. Just inside the entrance to the main exhibit on the second floor, there is a 10 minute video in English that summarizes the occupations. Throughout the rest of the museum, there are additional personal stories with vivid descriptions of life in occupied Latvia, including this one about the parasha toilet situation in Russian jails and concentration camps. 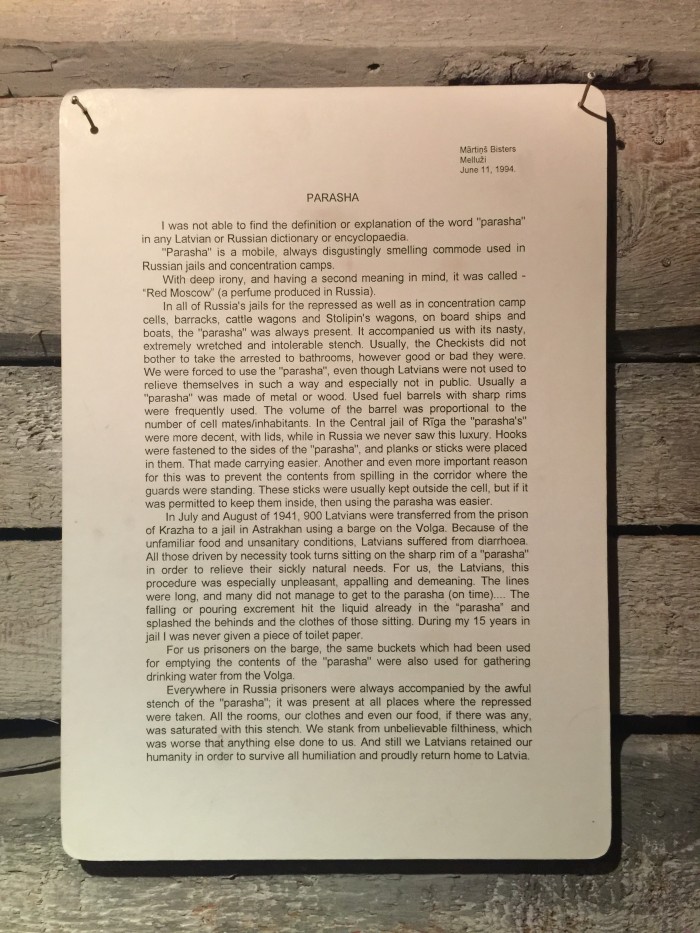 Once you’ve watched the video, there are then exhibits about the Soviet occupation, including the June 14, 1941 mass disappearances to elsewhere in the Soviet Union. Soon after, the atrocities changed in the name of the oppressor, but not in scale, as Nazi Germany took over. On November 30th & December 8th, 1941, over 25,000 Jews were murdered in the Riga Ghetto during the Rumbula Massacres. 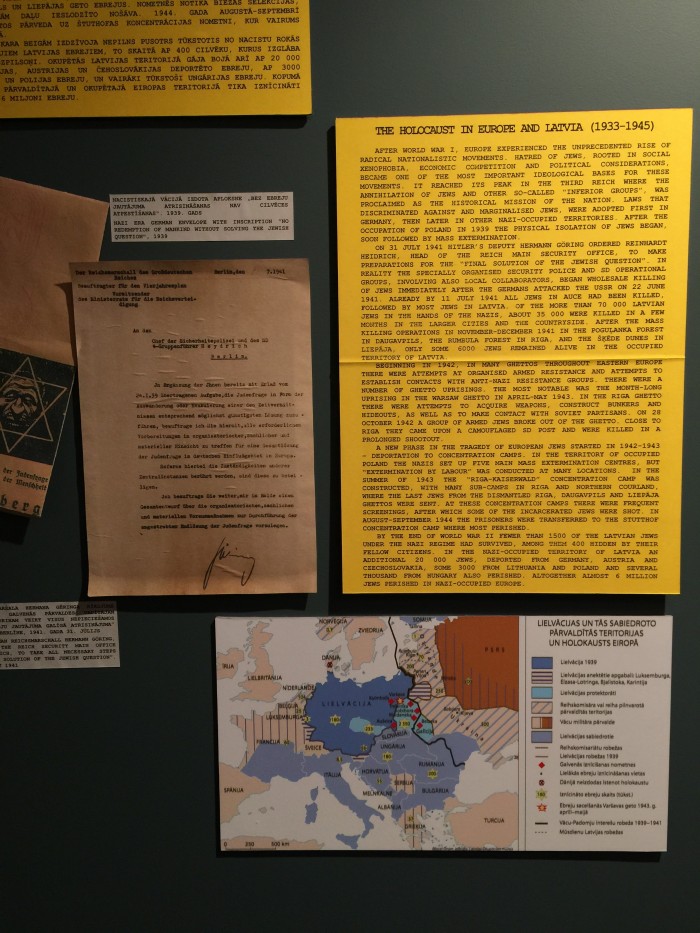 The museum continues with more exhibits about German oppression, then finally more about the Soviet period, culminating in an exhibition about the Berlin Wall. While you might not think this had anything to do with Latvia, photographs of pro-Latvian graffiti on the Berlin Wall, along with other solidarity memorabilia say otherwise. The anti-Soviet sentiment was strong all over the region. Finally, the museum concludes with Latvian independence following events such as the Baltic Chain, in which 1-2 million people joined hands between the three Baltic nations on August 23, 1989 in a show of solidarity against Soviet rule. 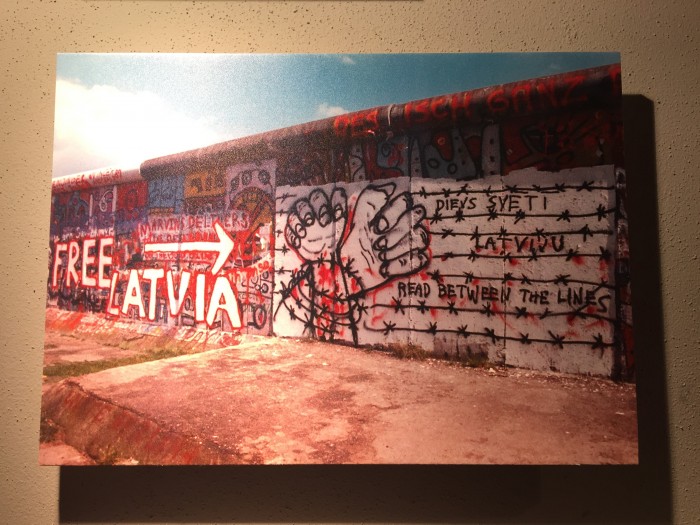 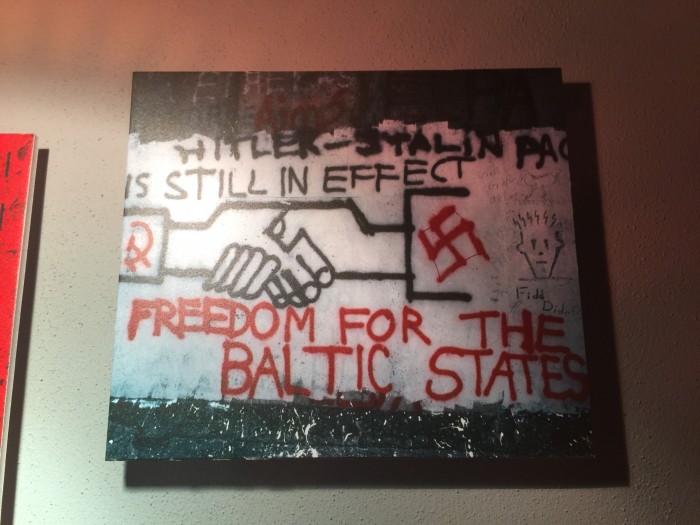 I saw some odd bad reviews of the museum, but as with the last time I visited a site associated with the Holocaust, I believe that they are written by vile Holocaust deniers & others who refuse to acknowledge just how badly the people of Latvia were treated.

While the Museum of the Occupation of Latvia is fairly small, it will be expanded soon. In fact, as of early 2016, the collection has been moved to a temporary location while the building I visited can be expanded. Entry the museum is pay-what-you-wish. I paid a couple of Euros when I entered, then more on my way out because I thought it was such a great museum, and I wanted to help their expansion. Once the building expansion has been completed, the Museum of the Occupation of Latvia should be even more impressive in its position at of the center of the old town.

Other museums in Riga

I also visited a couple of other smaller museums in Riga.

The Mentzendorff House is a historic house in the old town. While there isn’t a lot inside the house itself, there are a few re-creations of rooms along with historical artifacts, along with a couple of art exhibitions. Access is available as part of a combined ticket with the Museum of the History of Riga & Navigation.

The Latvian Photography Museum is also located in the old town & is available on the same combined ticket. It’s a small space, but it has some old photographic equipment used in Latvia, along with interesting exhibitions such as the one that was featured when I was there. The exhibition from Russian photographer Olga Ingurazova featured photographs from Abkhazia, a tiny area between Russia & Georgia that only a few countries recognize as an independent nation. In all honesty I had never heard of Abkhazia prior to seeing the moving photographs, but reading more, it’s a complicated situation that shows how messy independence can be.

No visit to Riga is complete without visiting several of its museums, each of which focuses on different time periods, all together forming a more complete view of a difficult past.