It was New Year’s Day in Auckland, and 2016 wasn’t kicking off with the best weather. In fact, it was the worst I’d seen my entire time in New Zealand, with lots of rain and wind making outdoor activities impossible.

Most of my plans for Auckland had involved being outdoors, since the city is surrounded by water, islands, and volcanoes ripe for exploring, but it was clear that I would need to call an audible.

I decided to take Uber to the Auckland War Memorial Museum, since it was perfect museum weather. I’ve never taken an Uber while traveling before, since I prefer to explore on foot or by public transportation, but since there were no direct routes, and the rain made walking a chore, I went for it. It was only $14 NZD to get from the CBD to the museum at the Auckland Domain, which wasn’t bad. 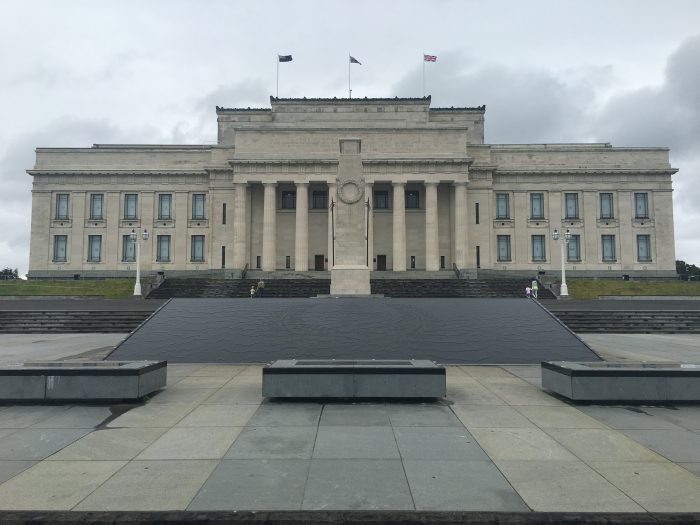 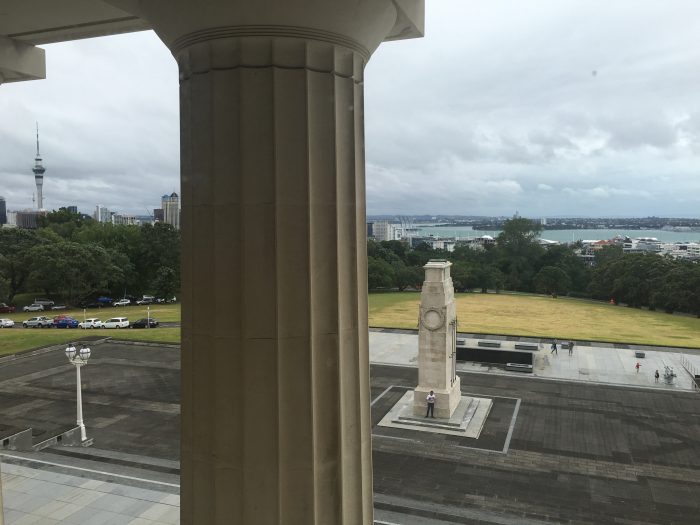 Inside the atrium, it seemed like everyone in Auckland had the same idea for the rainy day as I did. There was a massive slow ticket queue to get in. 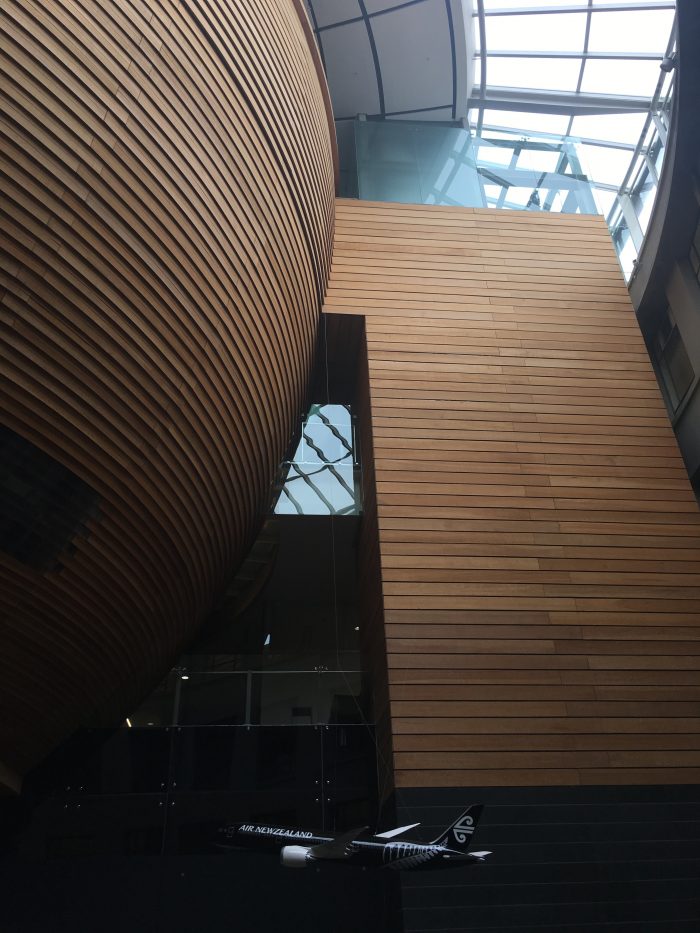 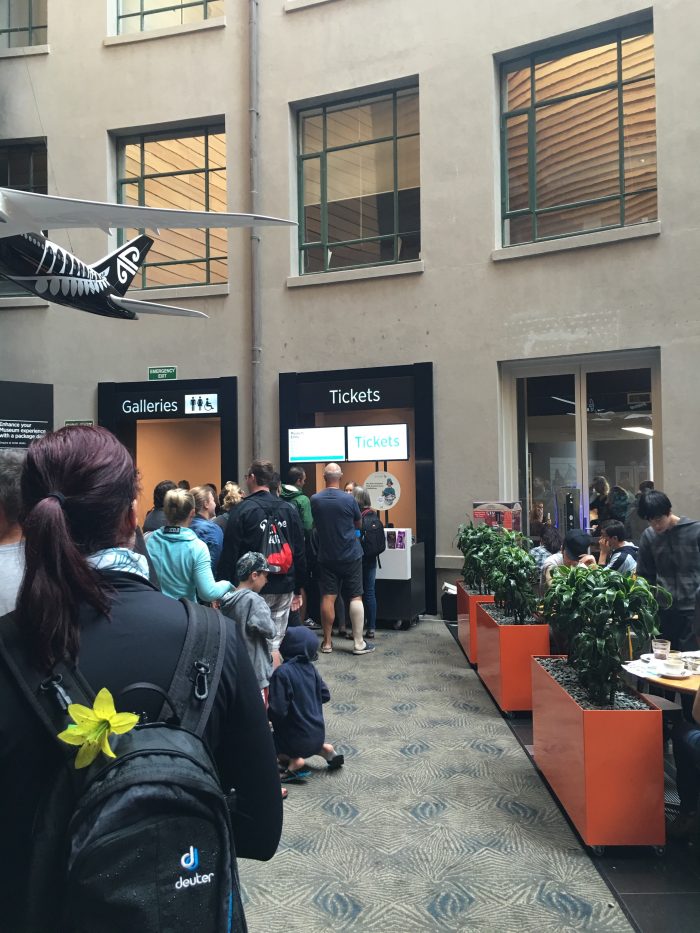 For some reason, every visitor had to ask 20 questions before just buying their entry ticket, which made the queue even slower. This was despite entry being free for Aucklanders, and a donation requested for other New Zealand residents. Entry for everyone else is a bit steep at $25 NZD, but what can you do? Other than move to New Zealand, of course, which after this trip still remains tempting.

Before I went in, I realized I hadn’t eaten anything all day, so I had ham mac & cheese, plus custard cake from the museum cafe. No healthy eating New Year’s resolutions here. 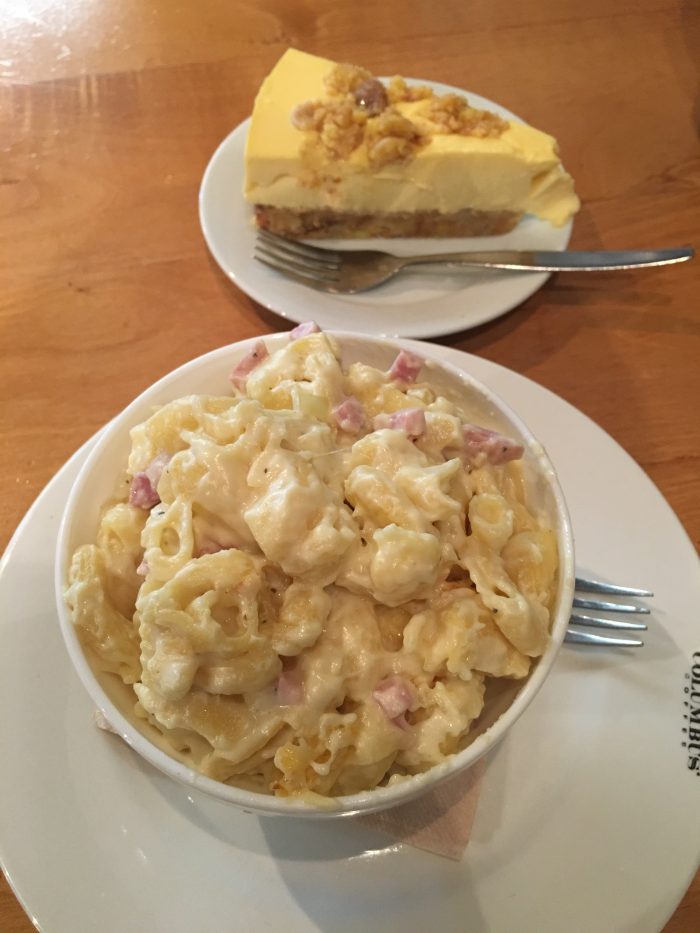 The largest temporary exhibition inside the Auckland Museum was a celebration of Air New Zealand’s 75th anniversary called “Our Nation The World Connected”. 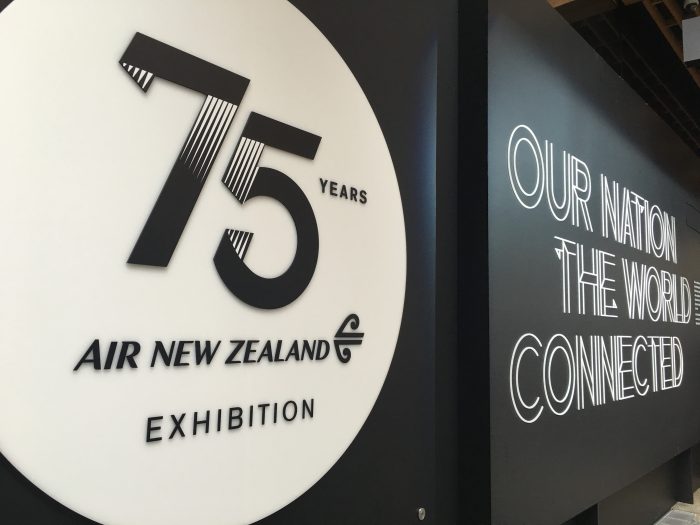 The exhibition featured photos, videos, aircraft cabins & engines, and flight attendant uniforms from throughout Air New Zealand’s history, plus a virtual flight lab and a place where visitors could make their own livery designs. 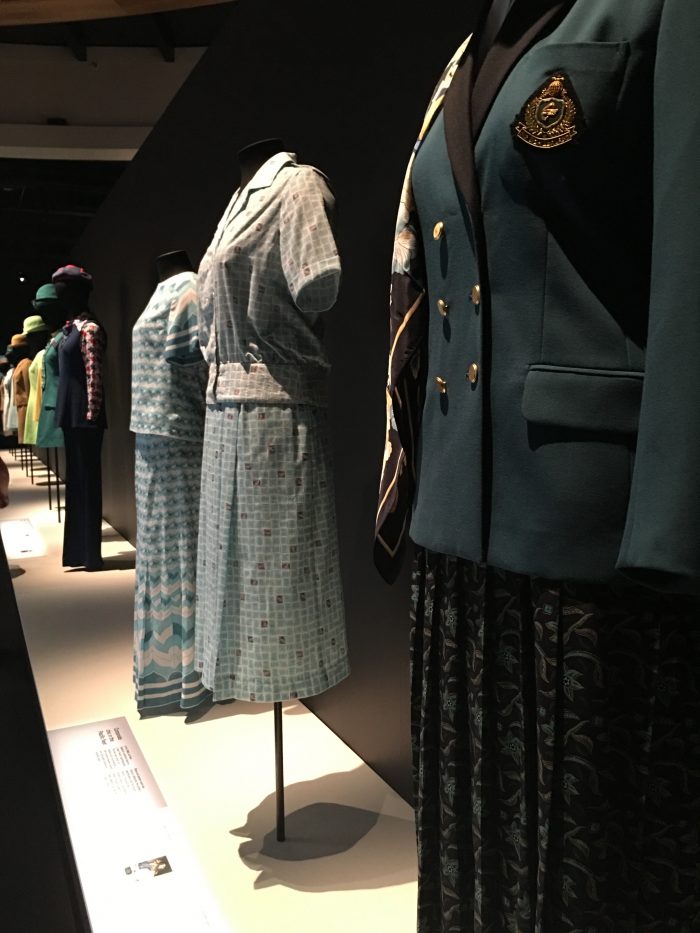 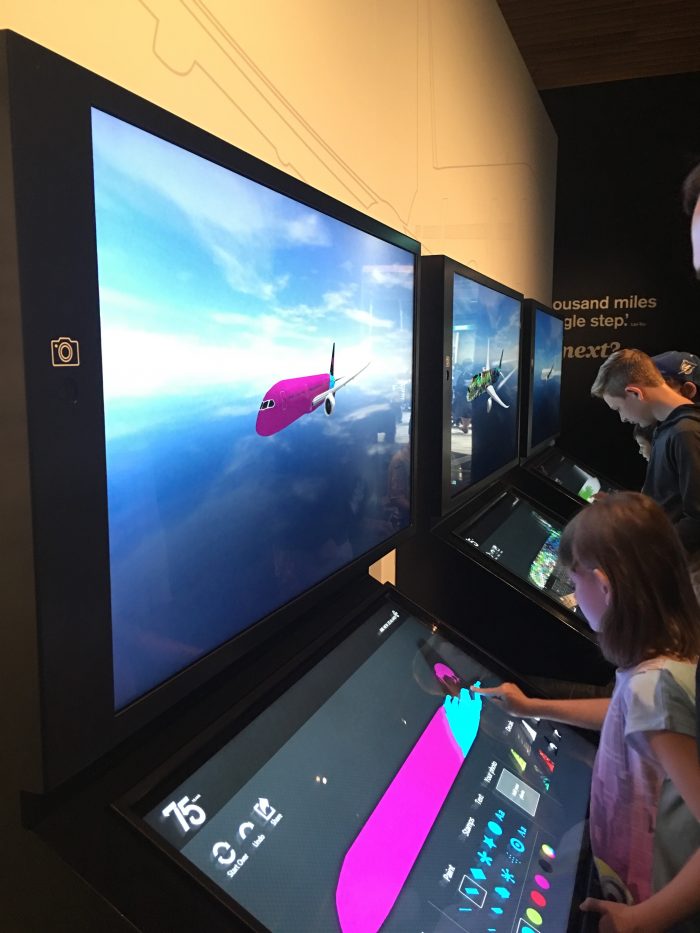 There was also a display about Air NZ’s puppet mascot, Rico, who I had somehow never heard of. 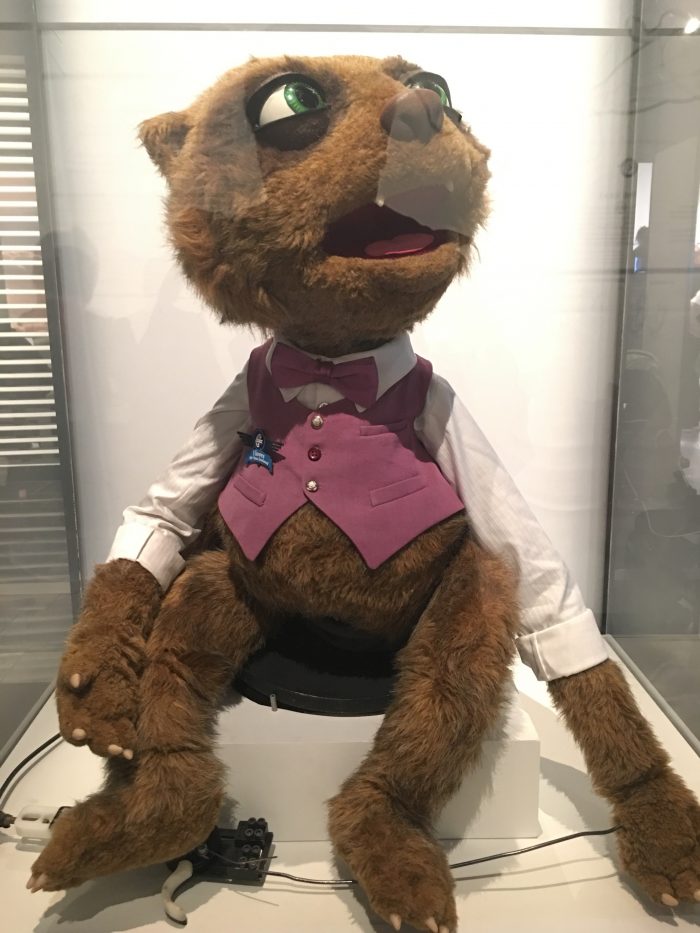 He was quite controversial. Here’s just one of the ads that ran featuring Rico. Further examination will have to wait for another post because there’s a lot to process here.

You could also watch some of Air New Zealand’s famous safety videos, some of which I’ve posted on the site before.

Sure, the exhibit was a giant ad for Air New Zealand, but it was all historic, and the country has every right to be proud of its national airline. There was plenty to see here for AvGeeks.

Continuing on in the museum, there was an exhibit about childhood in New Zealand that featured toys & games. Everything was local, so it was interesting to see what children grew up with in a country that is so isolated. 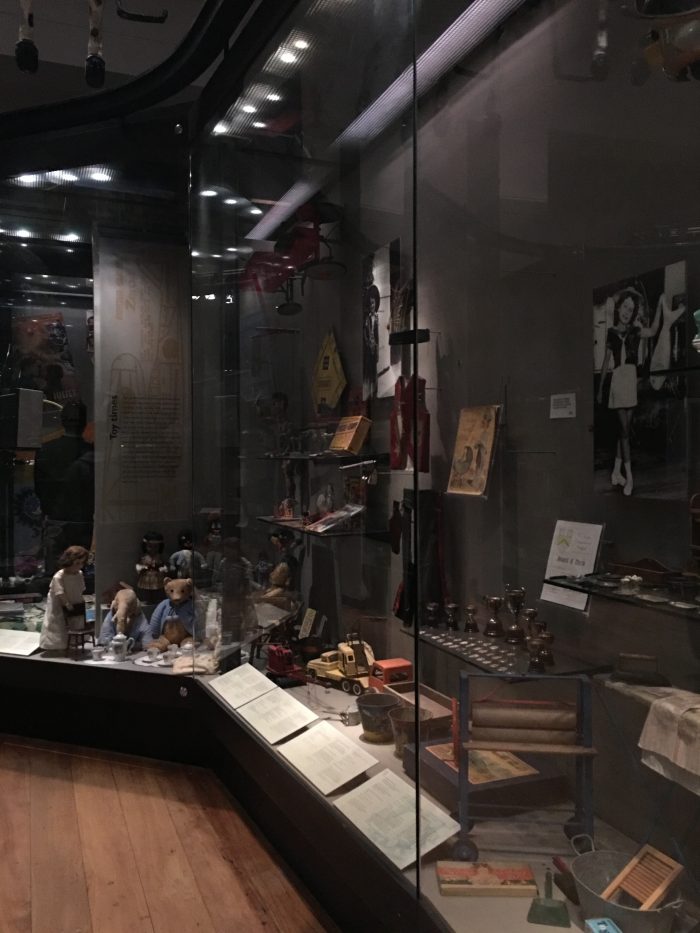 The Auckland Museum also of course featured large exhibitions about the Maori, covering the native peoples of both New Zealand as well as the islands of the rest of the Pacific. The areas about the other Pacific islands were not an afterthought, which was nice as they were integral to the eventual habitation of New Zealand. 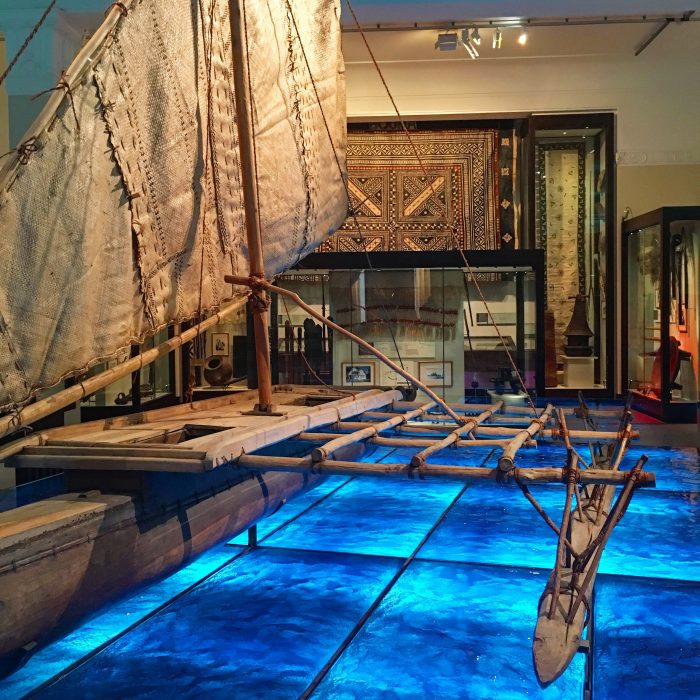 The exhibits featured an array of artifacts including ships, art, carvings, and masks. I liked the simultaneous simplicity & detail of the design, plus the natural color palettes. 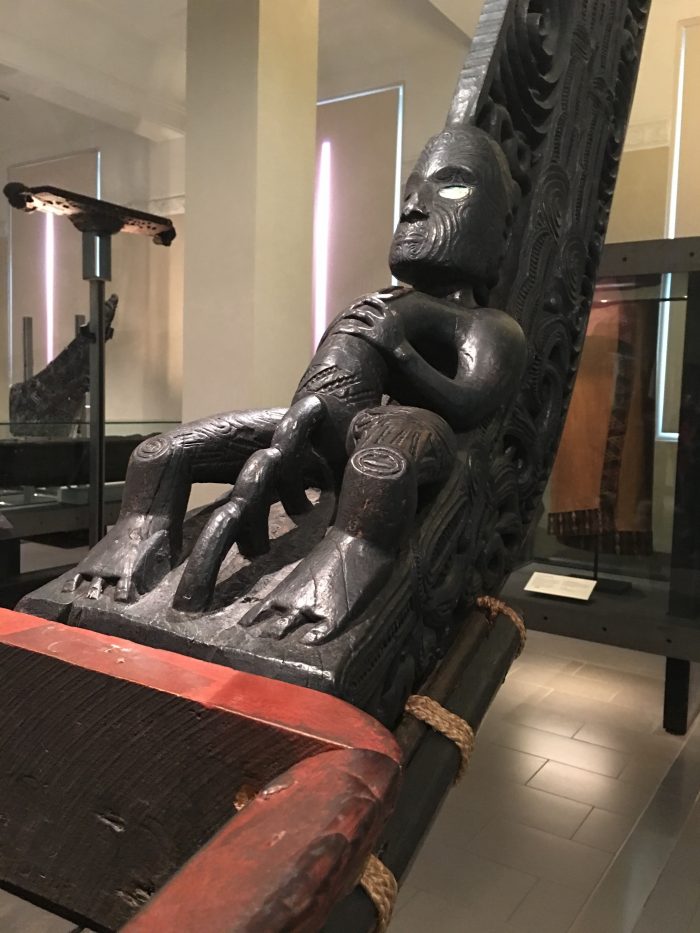 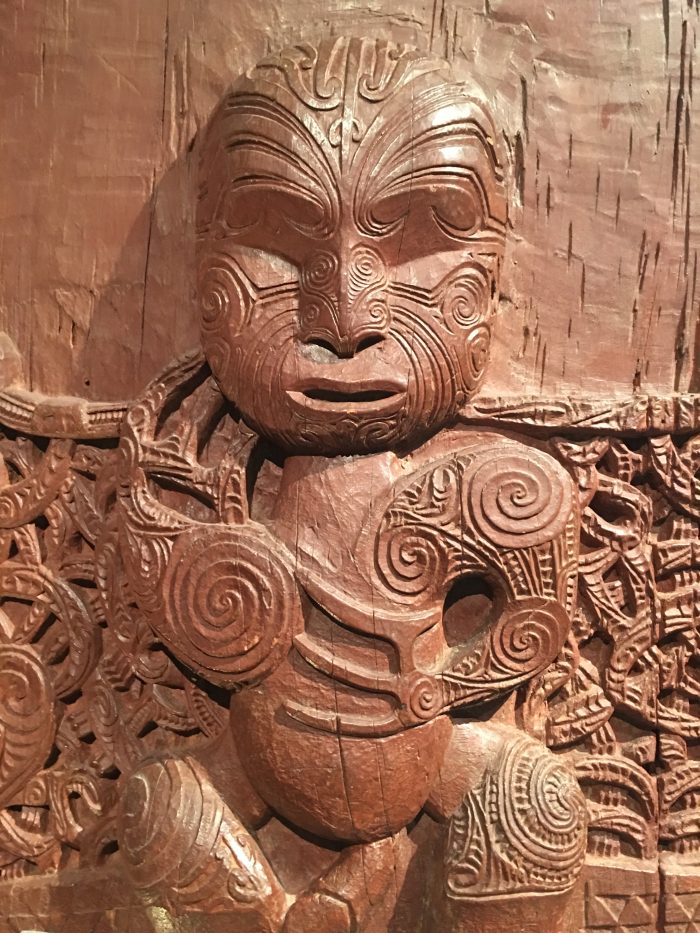 There was also a hotunui, a Maori ancestral meeting house. Visitors must remove their shoes to enter, but once inside you can see the detail of the building, which was in the process of being restored. 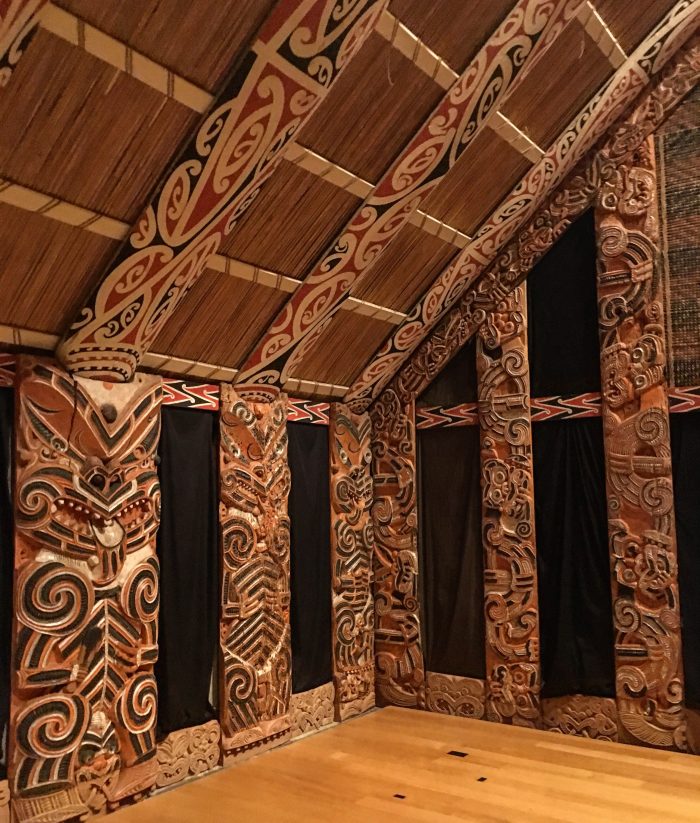 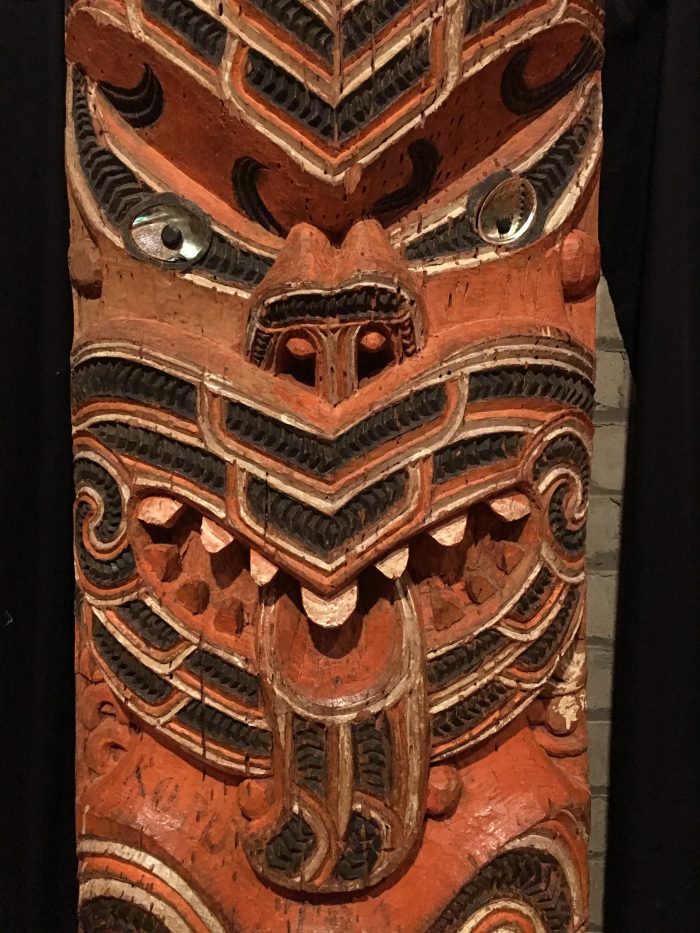 All of this was just the ground floor of the museum. Upstairs, there was even more to see. There was a natural history exhibition featuring dinosaurs, kiwi, and the moa, plus more Maori artifacts along with stories. 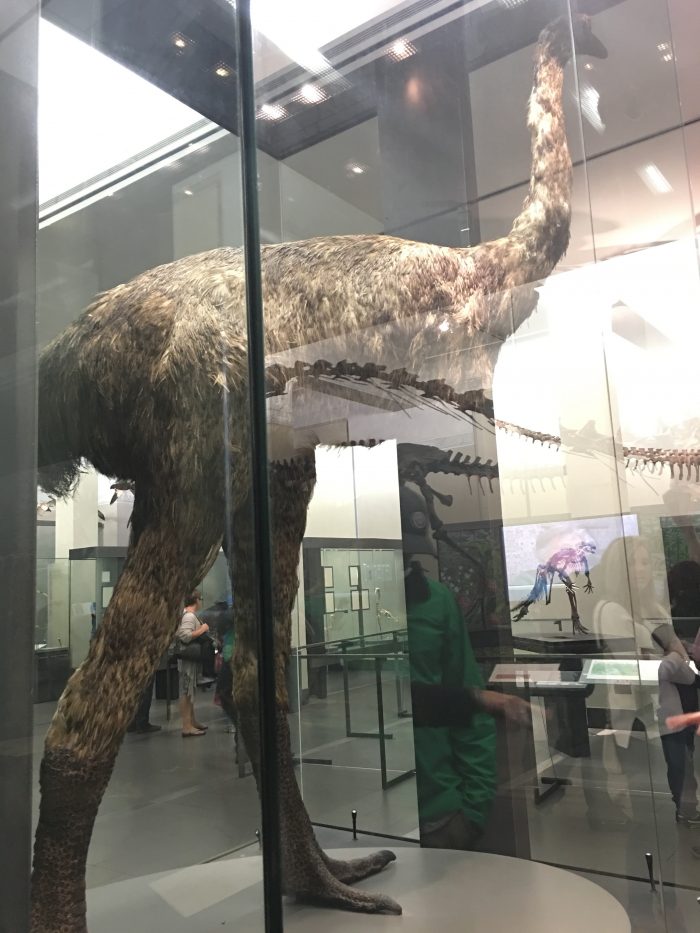 As I mentioned earlier, Auckland is surrounded by volcanoes, so it’s only fitting that this was the first museum I’ve ever been in that had a volcano simulator. I’m not sure I learned much other than that if a volcano had erupted while I was in Auckland, I would have been screwed. 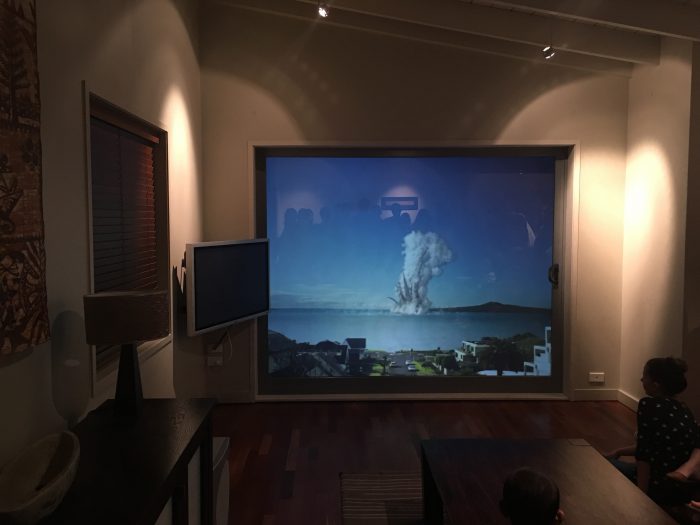 There were a couple of World War II planes suspended from the ceiling (a Spitfire & a Zero), along with a Hall of Memories that included lists of Kiwis who died in WWII and later wars. It was a somber hallway filled with flags, and a fitting memorial to those who gave their lives defending New Zealand. 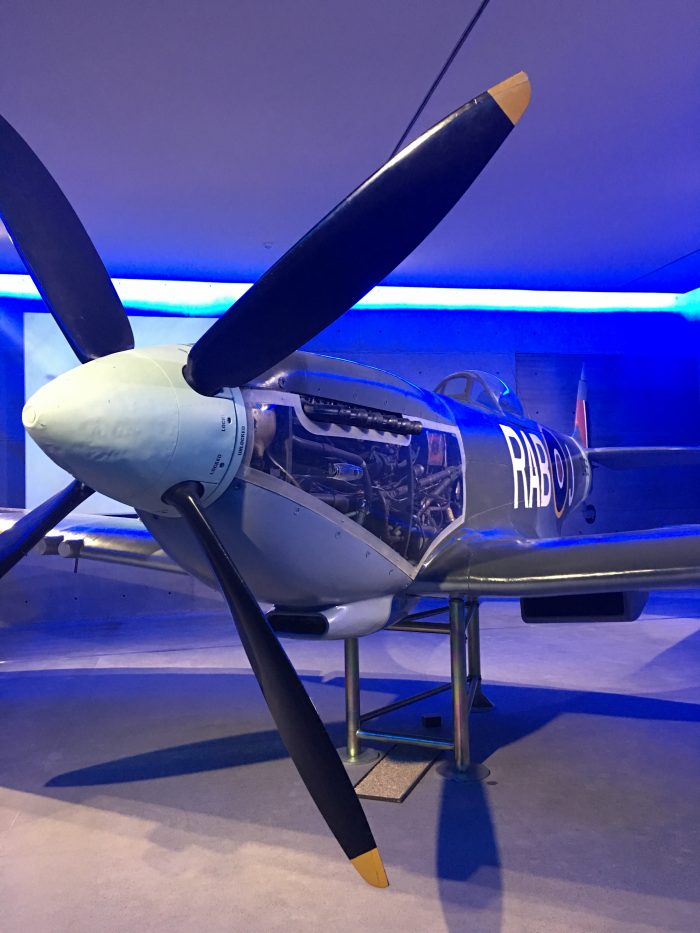 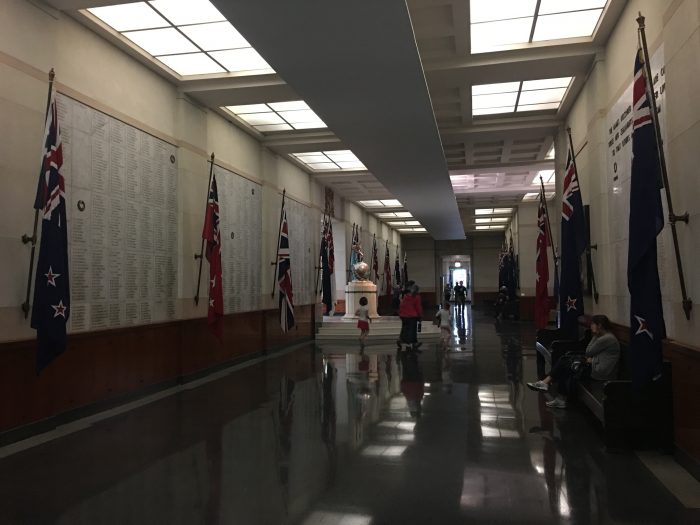 In another gallery of the Auckland War Memorial Museum, there was a temporary installation called Gallipoli in Minecraft. I had learned about the Gallipoli campaign on my visit to the National Museum in Wellington, but this exhibit was targeted to a younger demographic. If on the surface it seemed a bit odd to have a Minecraft exhibit, if this helps get kids interested in history, then I’m all for it.

In addition to an exhibit about the World War I trenches, there was also a room about the New Zealand Wars between the government and the Maori in the mid-1800s. These displays could have easily been one-sided, so I was glad to see that both sides of the conflict were represented. 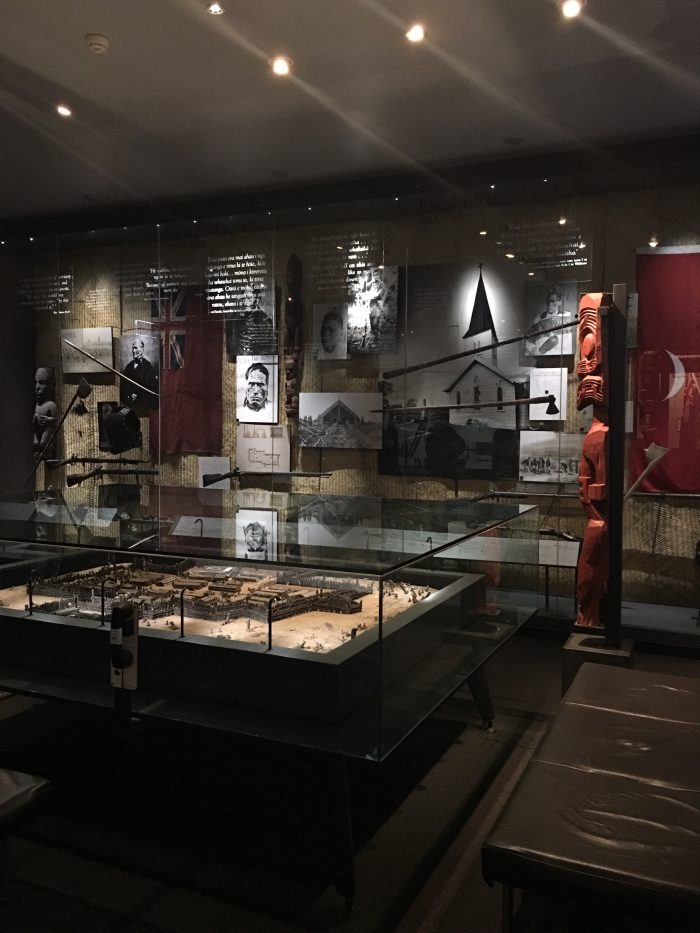 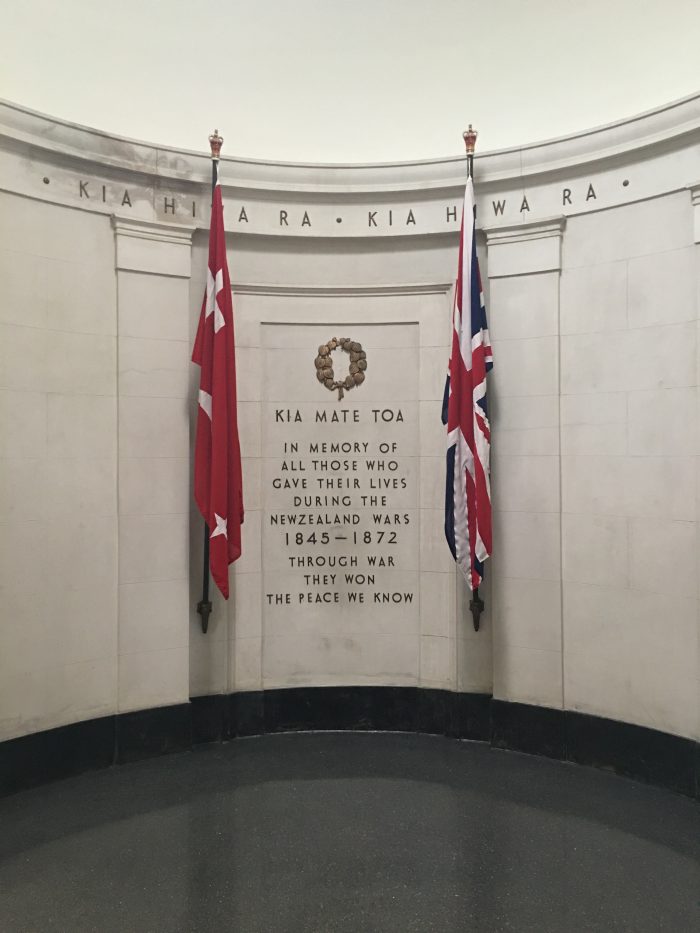 The last room I visited in the Auckland War Memorial Museum was an even larger memorial hall with more names than the Hall of Memories. This was for World War I. In a corner, there was another room that served as a Holocaust memorial.

It took about two hours to see all of the museum. Since the weather was a bit better, I then walked north through the rest of the Auckland Domain toward the harbor. 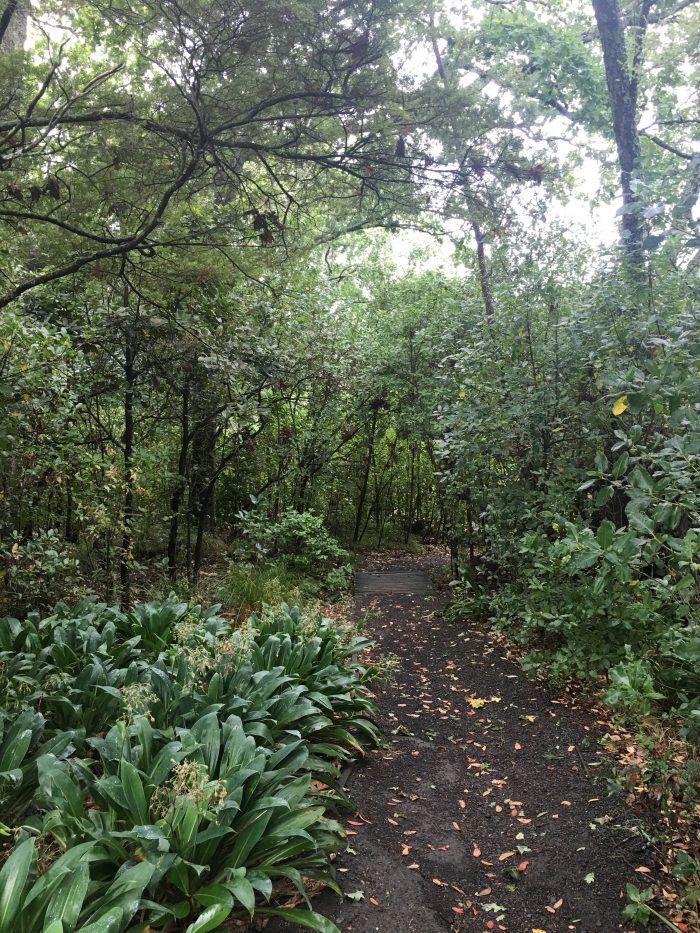 I had to make a detour as the park was being used for an upcoming pre-Australian Open warm-up tennis tournament that would be starting a few days after I left. It wasn’t raining, but it as still grey and windy. After an unsuccessful first stop for beer thanks to the bar I was heading to being closed, I make it to another bar for the rest of the evening, just as the skies opened up once again. 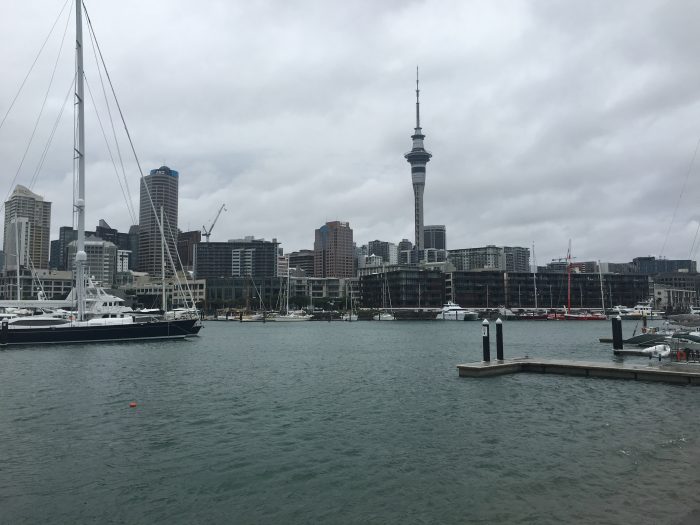