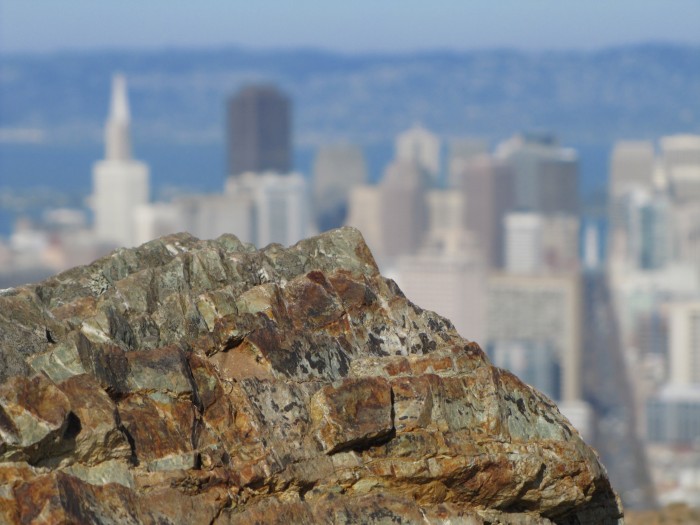 On my fifth anniversary of living in San Francisco, California, I went to a place in the city that I had never been before. The summit of Twin Peaks sits right in the center of San Francisco, with 360-degree views around the city. Twin Peaks can be accessed by car or bus, but for a real challenge, take the staircases that wind their way up from the Castro. The peak is often shrouded in fog, but on clear days you can see for miles around the Bay Area.

In focus in the foreground is part of the peaks, with downtown San Francisco out of focus beyond. On the right side of the photo, Market Street leads to the Ferry Building, and San Francisco Bay behind it. The rest of the Financial District is to the west, with the Transamerica Pyramid in the left corner. The Oakland Hills are far beyond, across the bay.

Click below to view the next Photo of the Day:
[metaslider id=2669]