On my transit through London, I had several hours to kill at London Heathrow. During this time, I was able to visit a few Heathrow Terminal 3 lounges: the Cathay Pacific Lounge, the No 1 Traveler Lounge, the British Airways Galleries Lounge, and the American Airlines Admirals Club. Here is my review of the 2nd lounge I visited, the Heathrow No 1 Traveler Lounge. 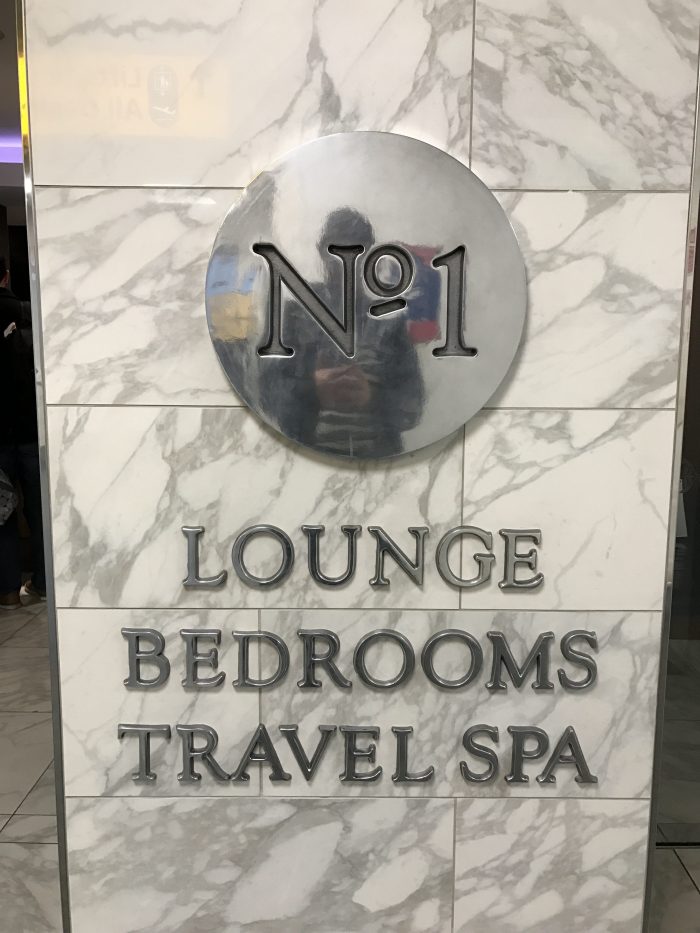 The No 1 Traveler Lounge in Terminal 3 at London Heathrow is one of the highest rated Priority Pass lounges in the world. As such, I wanted to make sure I had plenty of time to check it out, and left the nearby Cathay lounge still having plenty of time before my flight.

Upon entering the lounge, it was immediately clear that it was one of the busiest airport lounges you’ll see. There was some scattered seating available, but not many spots for more than one or two people. 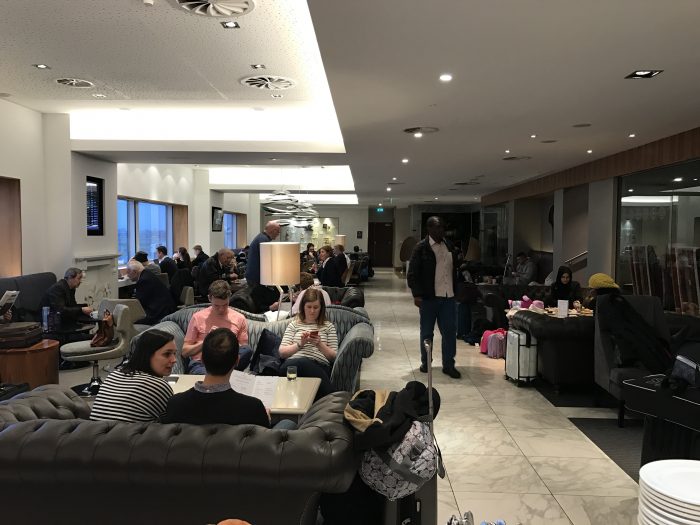 The lack of seating was exacerbated by the fact that several parts of the lounge were closed off. The No 1 Traveler Lounge has several smaller rooms available including a Tv & Movie Room, a Library, and a Club Room. Every single one of these was labeled as reserved, but there wasn’t a single person in them. I understand that lounges may want to have some space set aside, but this was ridiculous when the rest of the lounge was so packed. There has to be a better solution to this. Perhaps the lounge can allow people in but make it clear that they may have to vacate certain spots. Visitors who will only be there for 30 minutes or an hour might be willing to take that risk. 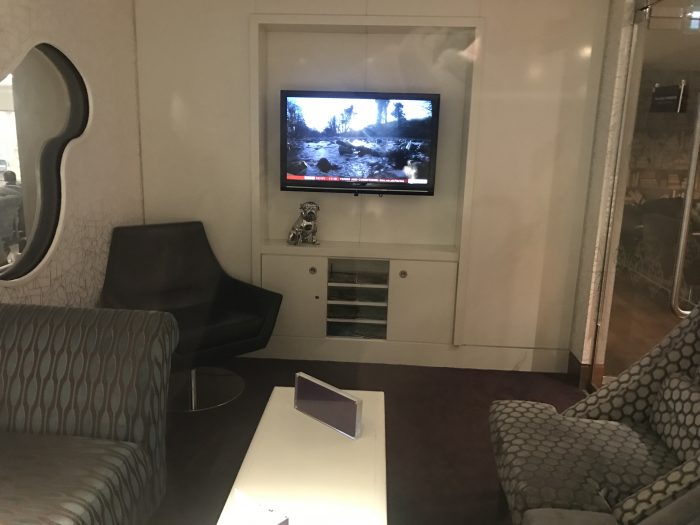 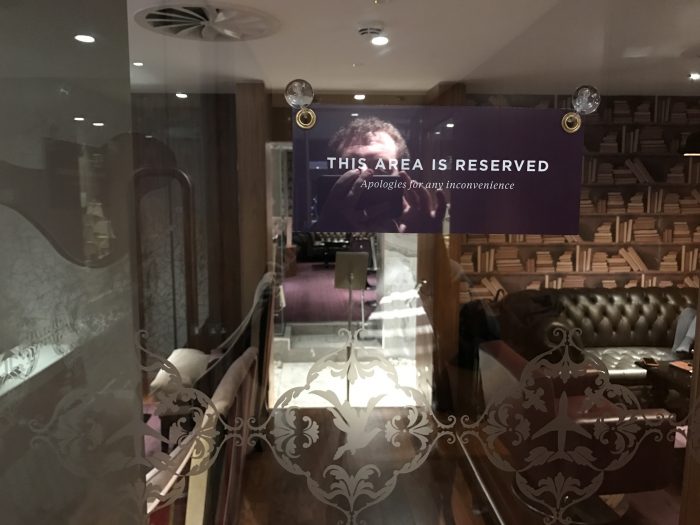 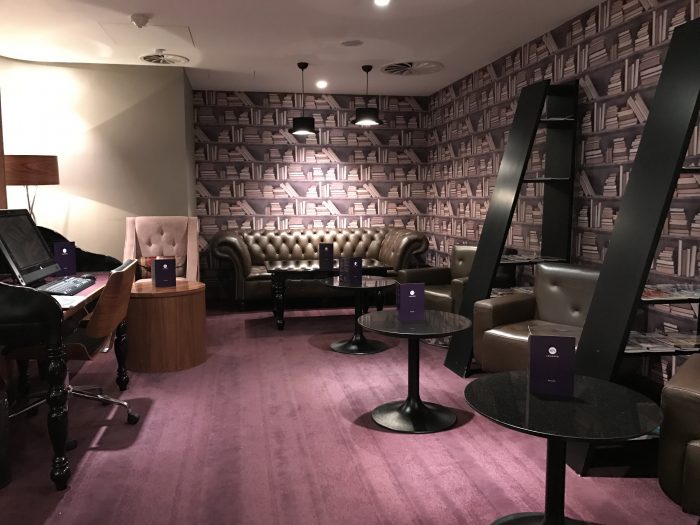 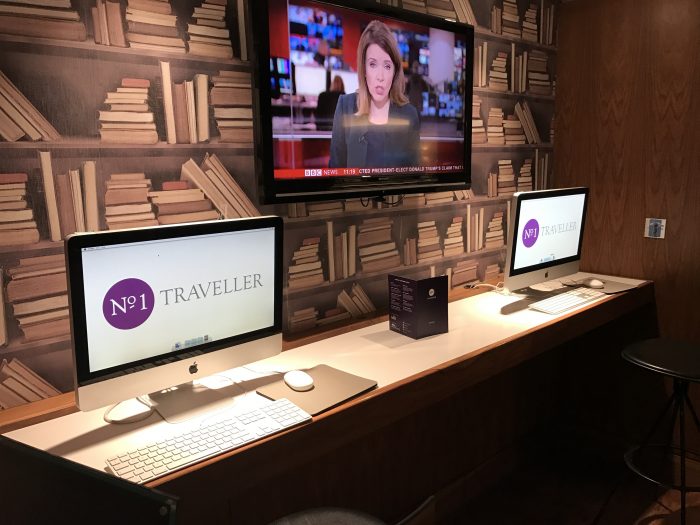 Crowding issues aside, this is an outstanding lounge. It’s comparable to an Amex Centurion lounge in the United States, and in several ways it’s actually better. 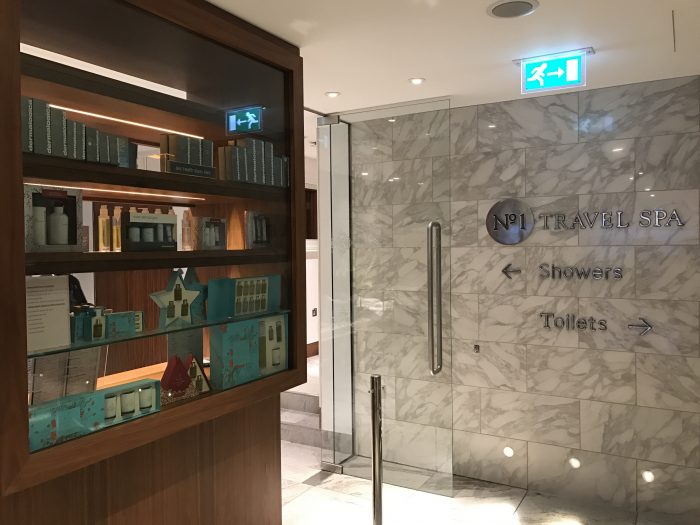 There is a full bar with a bartender. 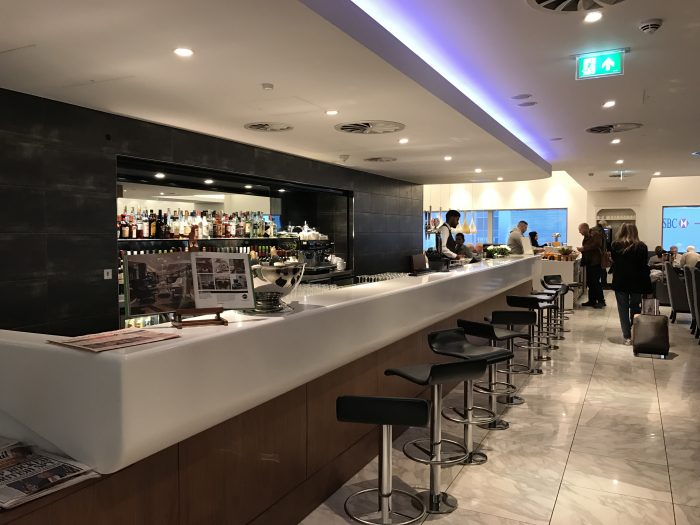 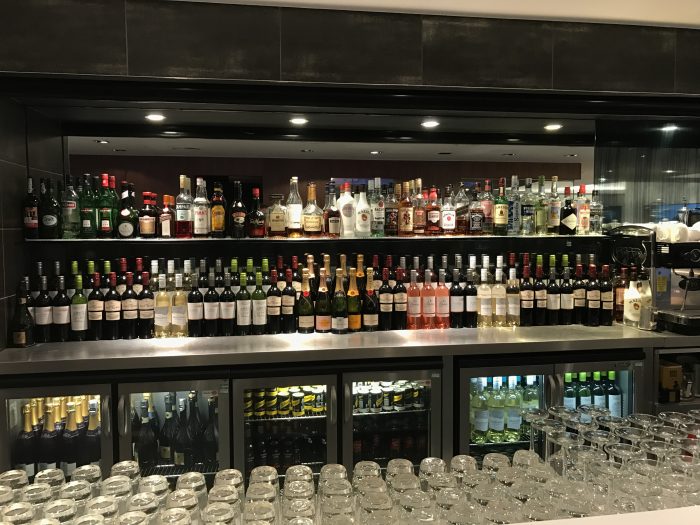 Food is where the No 1 Traveler Lounge really stands out. The self-serve buffet was solid. There was a wide variety of salads, baked goods, and more. 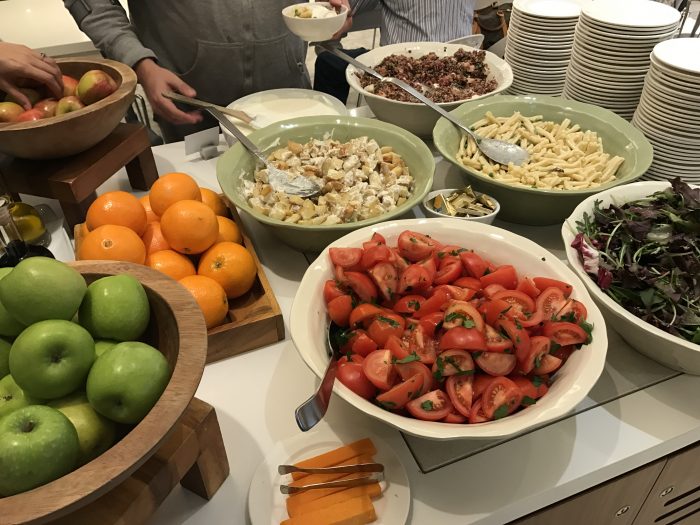 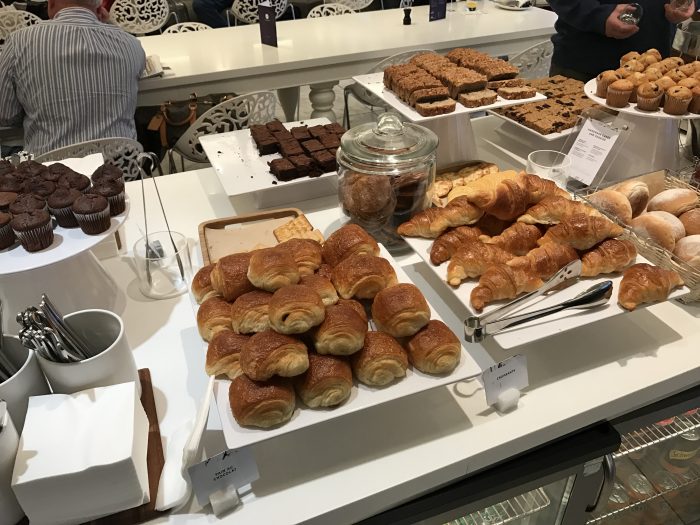 The best feature of the food service is the dine-on-demand hot food menu. 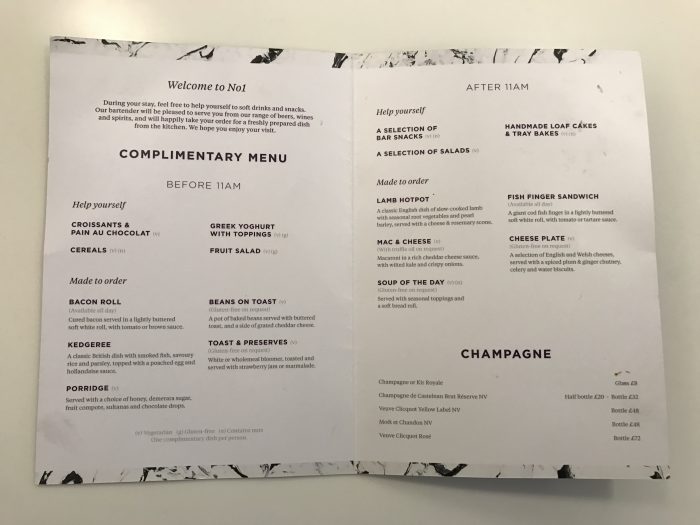 Even though I’d had a decent amount of food at the LHR Cathay Lounge, I couldn’t pass up the opportunity to try some mac & cheese. Despite how crowded the lounge was, it was served reasonably quickly. 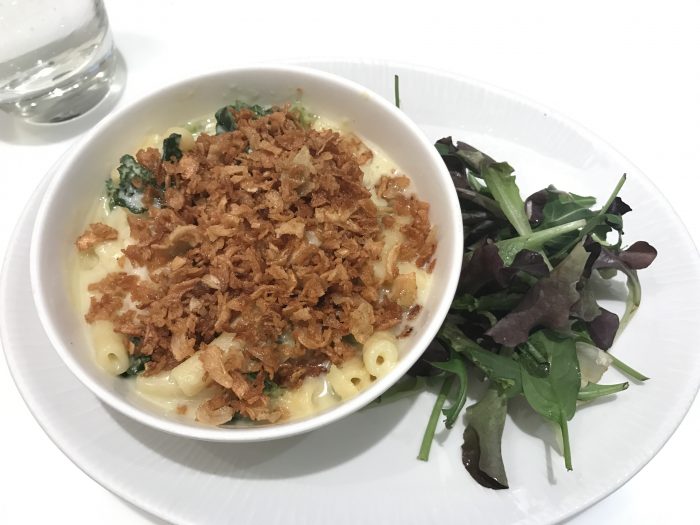 It’s easy to see why the Heathrow No 1 Traveler Lounge has won awards. 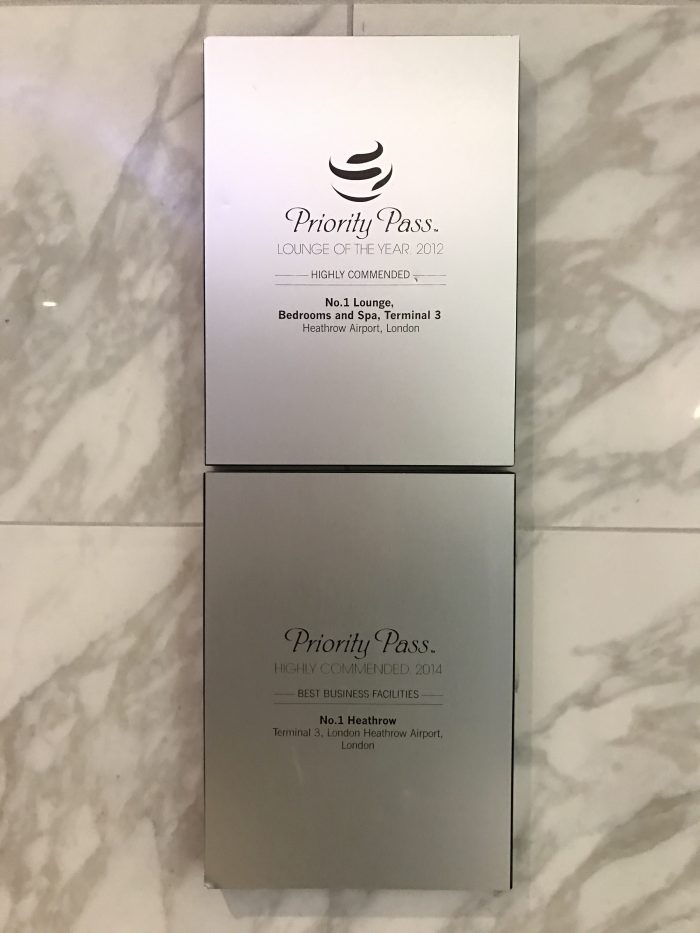 The on-demand food service is unparalleled in Priority Pass lounges I’ve visited. The bar is fantastic. The special rooms look nice. However, one can’t help but wonder if the award reviewers showed up when the lounge was empty. Were they blocked from the rooms because they weren’t VIPs?. I find that unlikely. Among the Terminal 3 lounges at Heathrow, it’s one of the nicer ones, but it comes at a cost due to how many people have access.

The No 1 Traveler Lounge London Heathrow is indeed a nice lounge, but if you’re going to a lounge like this for peace & quiet, you’re likely to end up disappointed. If what you’re after is good food & a good bar, then it’s fantastic.