I grew up in Tempe, Arizona, and I go back every year or so to visit. A few years ago, some of my friends began attending the Devour Culinary Classic, a festival celebrating food & drink, each year in March. Last year was my first time attending, and I enjoyed it so much that I went back again this year.

Early March is the best time to visit Arizona. The weather is perfect, and there’s always a lot going on. On Friday, we went to a Spring Training game between the D-Backs & A’s at Salt River Fields, where I kicked off my weekend of gluttony with this hot dog covered with pulled pork and mac & cheese.

Some people want to "Make America Great Again." We've got baseball, beer, day drinking, and hot dogs covered in macaroni & cheese and pulled pork. I'd say America is pretty damn great as it is.

2-day tickets to Devoured cost $179 ($159 for members), while single-day tickets were $99/$89. Considering all of the great restaurants in attendance, this is a pretty good value.

While there is a VIP opening an hour earlier, the regular opening at 11:30 is more than enough time to get your fill, considering everything is open until 3. For the most part, the lines are never longer than a couple of minutes. Plus, some of the inside areas are still open to regular ticketholders before doors officially open, so even if you’re there a bit early, you won’t go hungry.

Once inside the main garden inside the museum, we set off eating and drinking as much as we could. Here are a few pictures of some of my favorite foods and drinks.

Day one of the Devoured Culinary Classic in Phoenix, Arizona. Lots of great food & drinks! 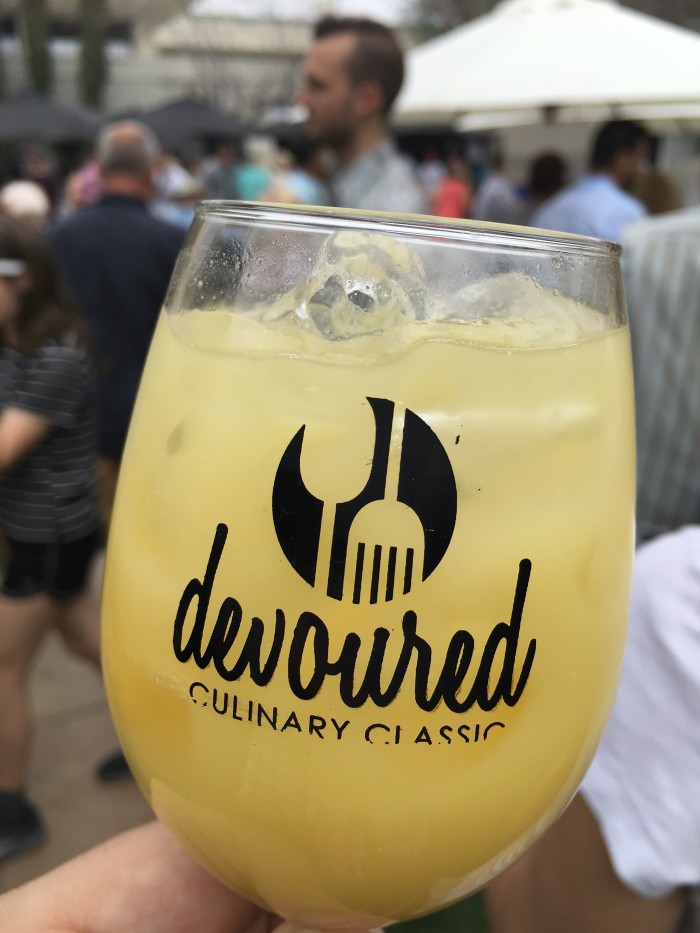 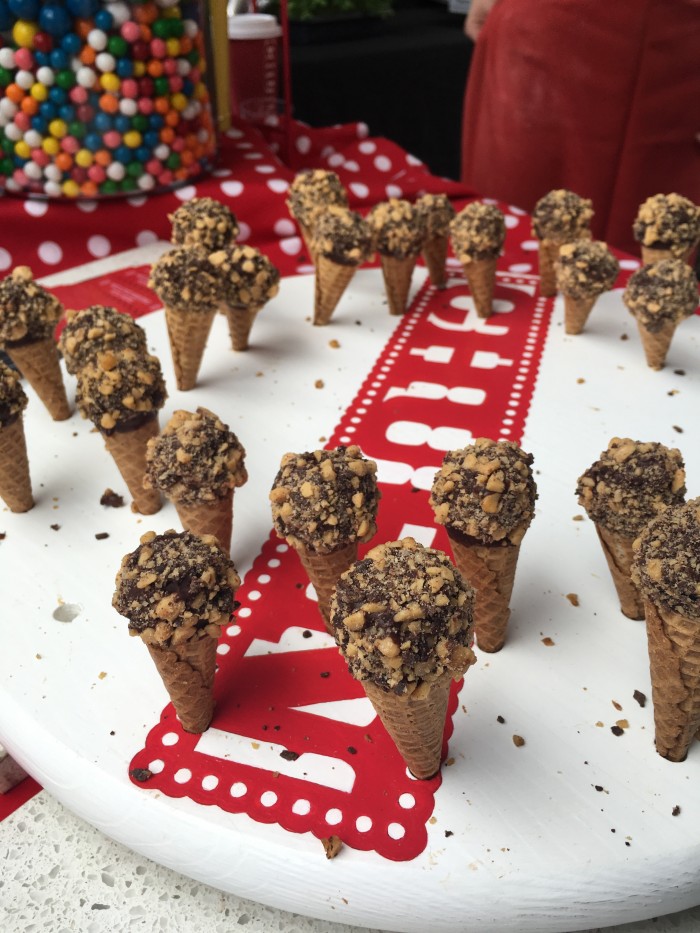 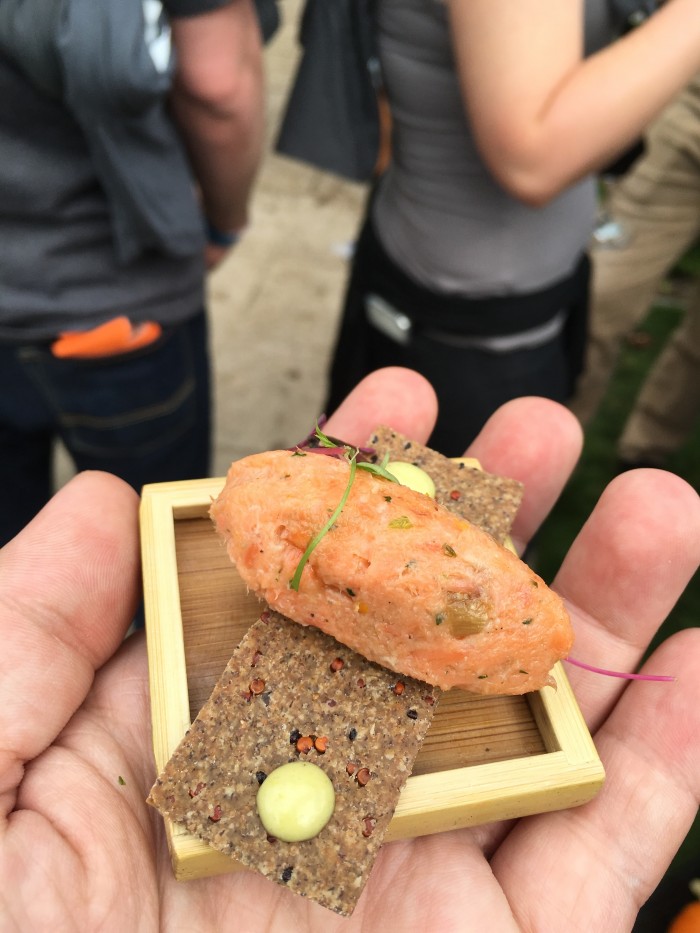 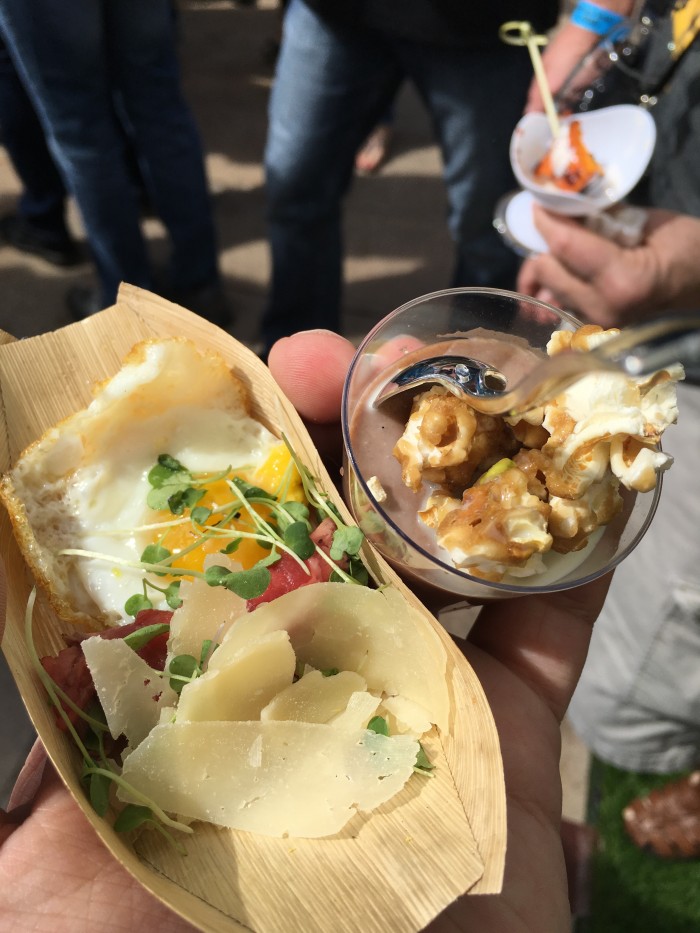 For even more details about all of the restaurants that were there, AZCentral has excellent coverage of both Saturday and Sunday at Devour. I had most of the foods they rated, and for the most part, I agree with their awards.

While a lot of the dishes are meat-focused, there were also plenty of items for vegetarians to try. I don’t know if they do any specific coordination so everyone doesn’t make the same thing, but the dishes have great variation across many cuisines thanks to the variety of restaurants attending. On the drinking side of things, there is plenty of local beer and wine from Arizona, California, and more. This year, Devoured implemented a drink ticket system, apparently thanks to a lightweight who had to be carried out the previous year, but the drink ticket punch card was never an issue, as it still allowed for plenty of samples.

On the 2nd day of Devoured, nearly all of the restaurants present were new from the previous day, which is great for two-day attendees. It was another fun day, though it was a bit more subdued than Saturday thanks to our extended enjoyment of that day, having spent the rest of the afternoon & evening hanging out in Phoenix, Tempe, and Scottsdale.

Though we did enjoy the day, there were a couple of issues on Sunday. First, many of the most popular restaurants were all packed into a small area in the back, resulting in a jumble of lines. I ended up missing a couple of restaurants I’d enjoyed the previous year since they were hidden in the mess. The second issue was bigger. For an extended period in the middle of the day, it was nearly impossible to find any water. This is not a good thing on a warm Phoenix day, and people were understandably annoyed. Eventually more water bottles began to flow, but it was a major departure from the previous days I’ve attended, where cold water could easily be found.

Despite this, it was another fun day out. The Devour Culinary Classic has quickly before one of the leading events of its kind. While the 2nd day did have a few small issues, hopefully the event will continue to be great for years to come.