After my last layover in Kuala Lumpur, and a visit to the Golden Regional Lounge, it was time to fly to Hong Kong. I flew on Malaysia Airlines in business class on a Boeing 737-800 on an award ticket. 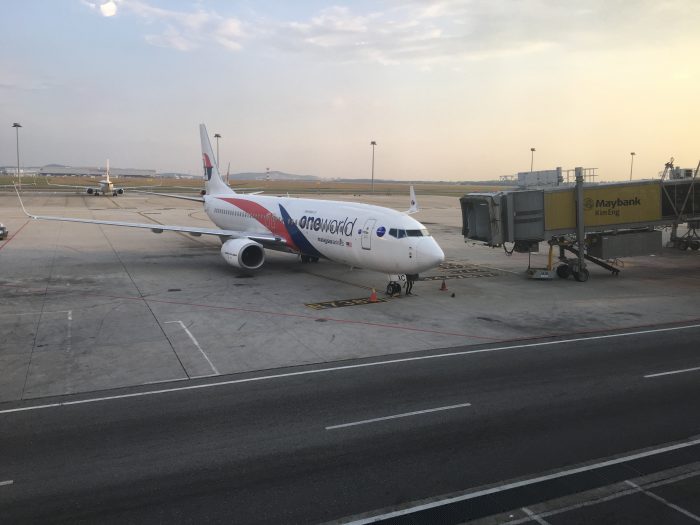 The boarding area was warm & humid, as if there was barely any air conditioning. I wished that I had stayed in the lounge for a bit longer because it was so uncomfortable.

Since this is a regional service, the business class seat quality isn’t as nice as it was between Kuala Lumpur & Auckland. There were four rows of seats in a 2-2 configuration. They were about the level of domestic first class seats in the United States, perhaps a little bit worse, though with a bit more legroom. 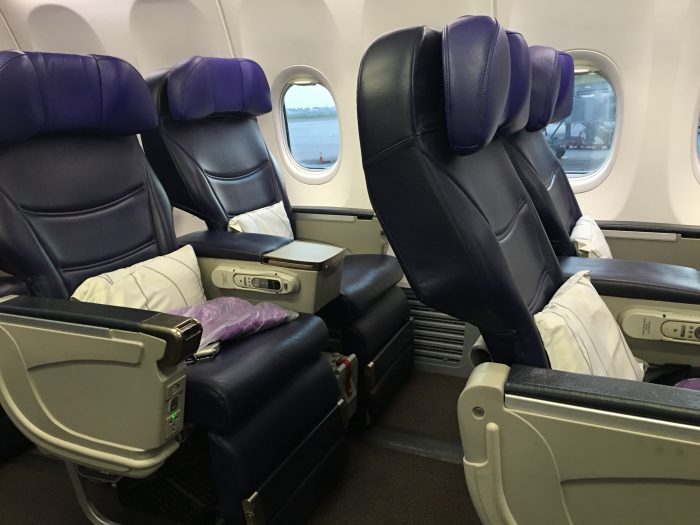 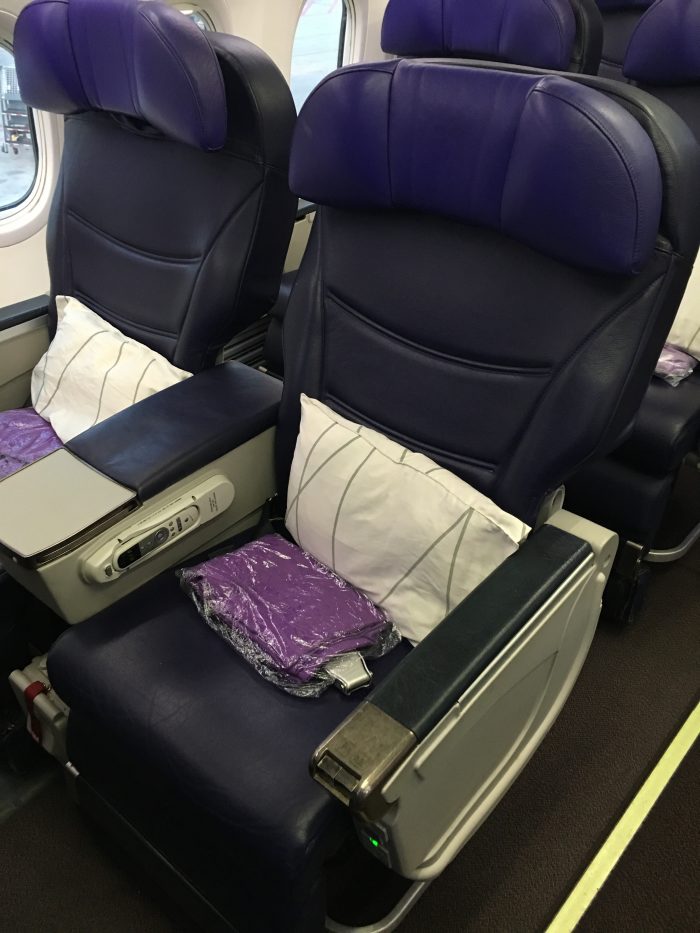 Seated in row 2, I was the only passenger in business class until a family of five boarded to fill out most of the other side. They were friendly, and we all chatted about our trips.

After we took off on the four hour flight, meal service began. Yet again, I had Malaysia’s satay. Although I’d been snacking in the lounge & wasn’t too hungry, I wasn’t going to pass up getting it one last time. This time it was chicken & lamb instead of beef. 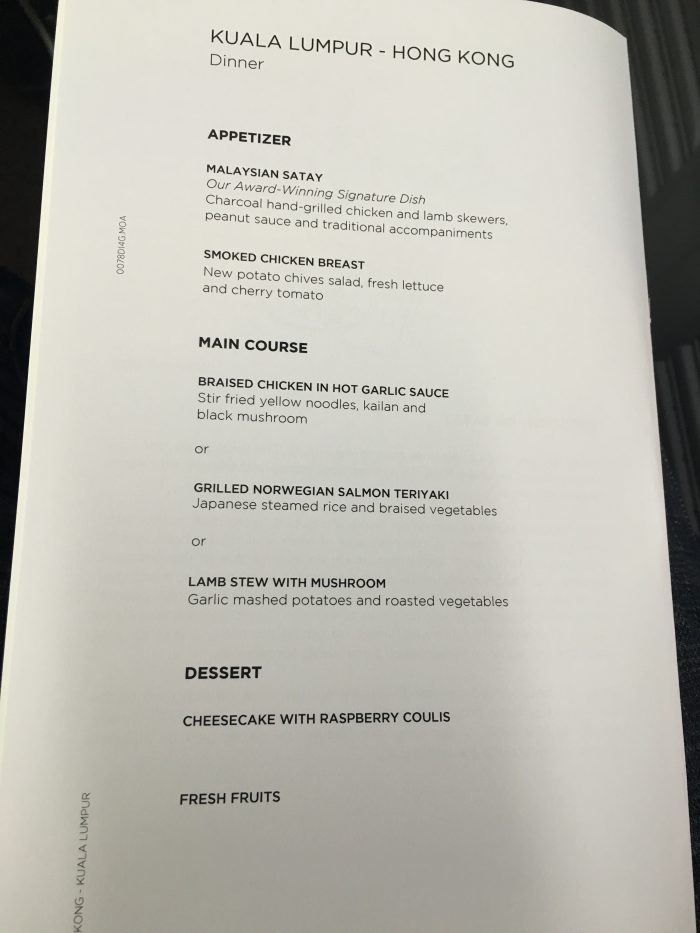 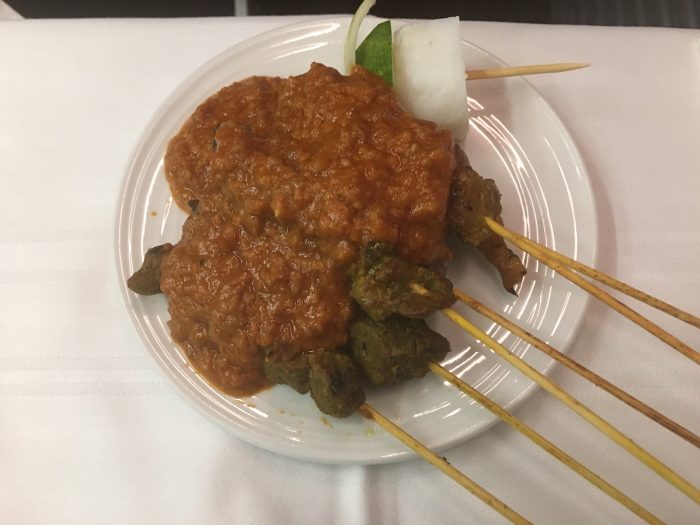 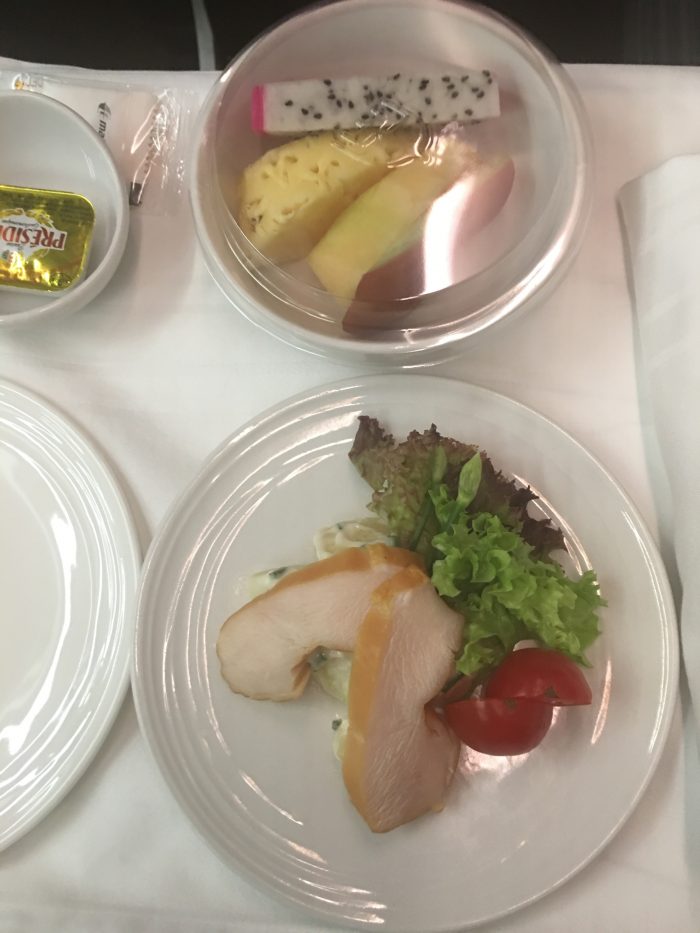 The main course was the most disappointing on any of my Malaysia flights. While I wouldn’t expect a meal at the same level as the long-haul routes, I at least expect something edible. This was chicken. Beyond that, I can’t describe it (well, fine, you can if you cheat and read the description on the menu above). I’m glad I wasn’t hungry, so I skipped most of it and moved on to dessert. 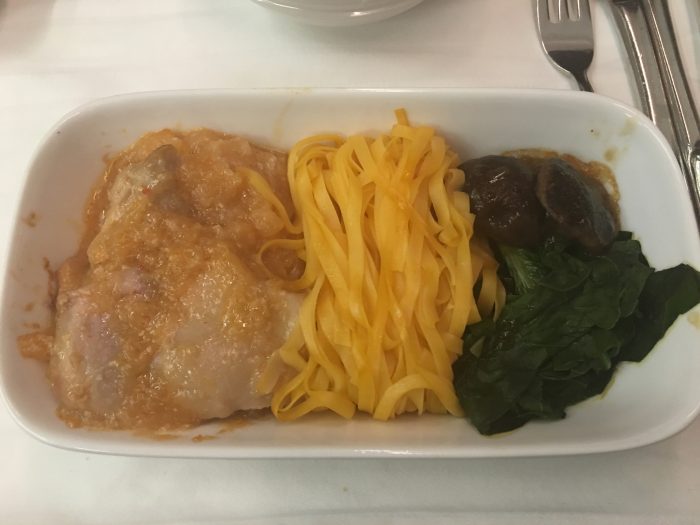 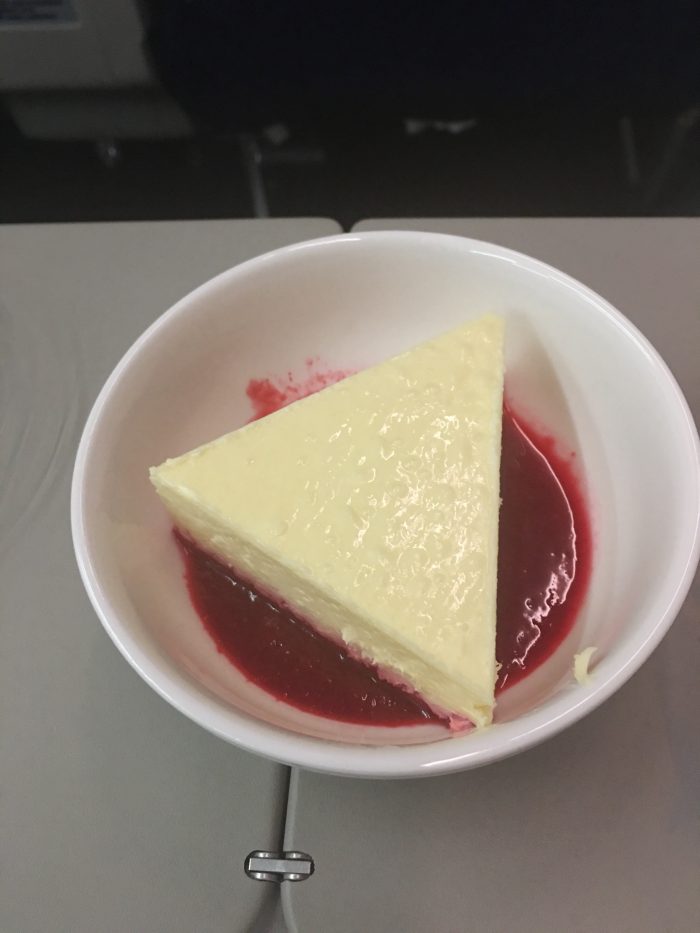 Despite being January 4th, the inflight entertainment systems still had not been updated. As I mentioned in my review of my flight from Auckland to Kuala Lumpur, I had run through all of the interesting movies & TV shows. I had been on Malaysia flights for 24+ hours over the last few weeks. As a result, I ended up watching more Transparent on my phone while trying to hold it steady during the fairly turbulent flight. 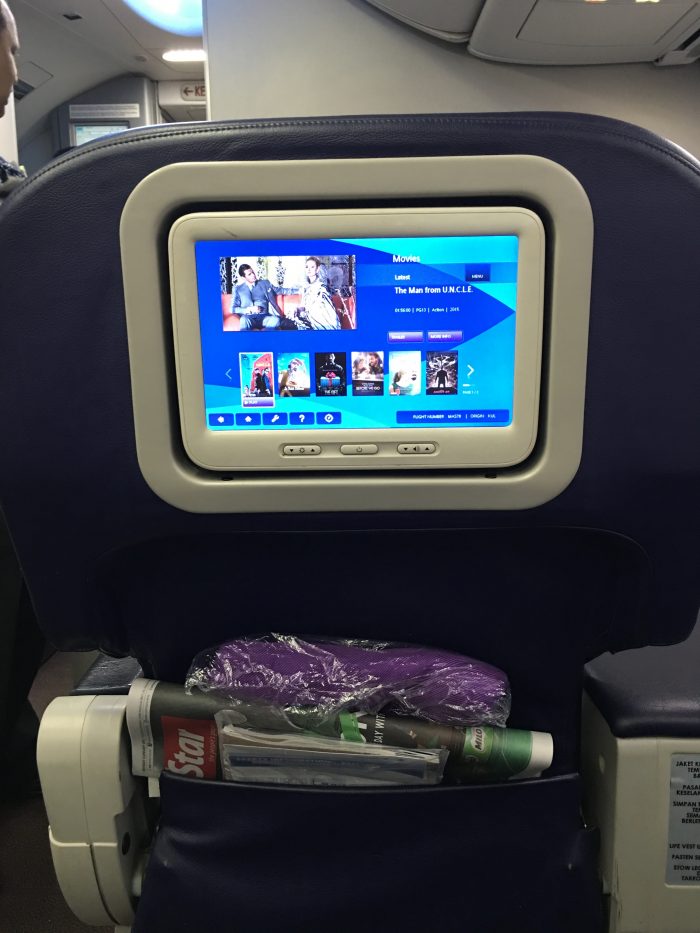 The flight landed in Hong Kong about 15 minutes late, where we then had the misfortune of being at a remote terminal. It’s frustrating to be the first person off the plane only to then end up on a terminal bus, where you then have to wait for more people to board & end up being the last person off the bus since you’re not near the door. A separate bus for 5 business class passengers doesn’t make sense either, but it would at least be nice to get off the bus first.

Between being jet lagged & how late it was at night already, I wanted to get to my hotel in Hong Kong and sleep ASAP. My goal of getting through immigration & customs quickly was being thwarted by being at the remote terminal. At least I managed to pass a ton of people when we were walking between the bus & passport control, then was able to spot an empty queue over to the side. Hooray for always being on the lookout for faster ways.

I got through immigration & got my suitcase, then headed to the bus terminal, since the bus was the most direct way to my hotel for that night. After a few transits, I was finally visiting Hong Kong.