The history of whiskey distilleries in Dublin

The story of whiskey in Dublin is one of prosperity, then decline & rebirth. Irish whiskey production once dwarfed whisky production in Scotland. In the 1800s, Dublin was home to the five largest distilleries in the British Isles. At the center of this industry, Dublin’s Liberties neighborhood was home to dozens of whiskey distilleries, earning the area the nickname “Golden Triangle.”

However, several forces joined together to decimate Dublin’s whiskey distilleries. Tastes changed as blended whiskeys produced in Coffey stills became more popular than pot still whiskey. The Irish War of Independence & the ensuing trade wars with England limited the export market, while increased competition from Scotland provided alternatives for drinkers. Temperance movements, particularly Prohibition in the United States, also lowered demand. One by one, the Dublin whiskey distilleries closed. By the 1970s, there were no remaining distilleries in Dublin. 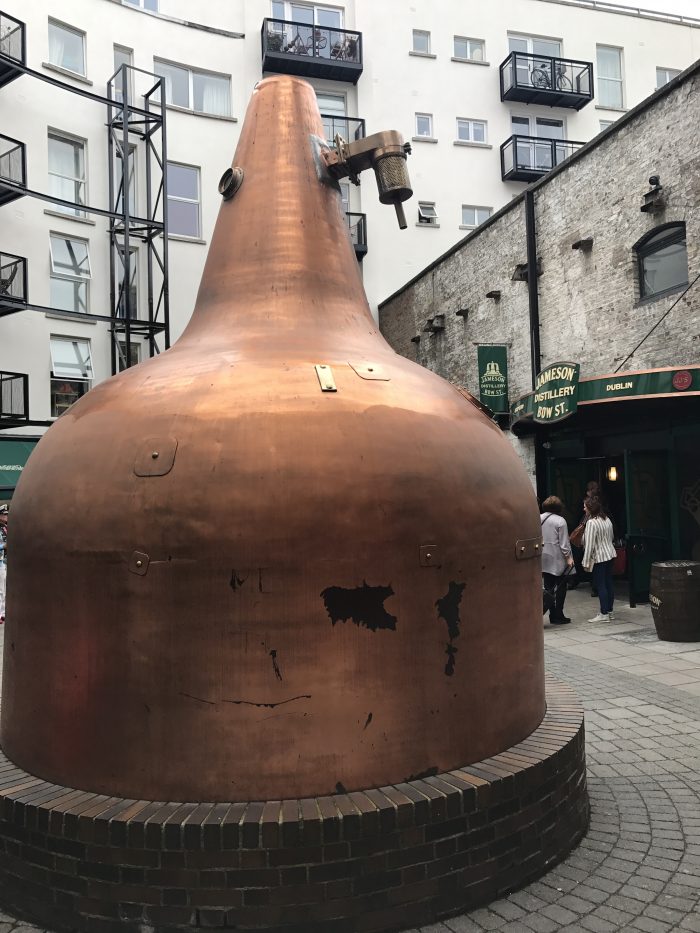 As the 21st century has progressed, there has been a renewed interest in history & artisanal products such as craft whiskey. Distilleries such as Teeling, Pearse Lyons, & the Liberties have opened in the Golden Triangle, once again making Dublin the center of a new generation of Irish whiskey distilling. Irish whiskey is the fastest growing spirit in the world. You can learn more about it by taking a whiskey tour in Dublin & visiting the local distilleries, which are all conveniently located in or near the Liberties.

As the industry has become revitalized, there are more and more choices for whiskey tours in Dublin. Each distillery offers their own tour & tasting, or you can also make a day of it by doing a multi-stop Dublin whiskey tour. You can find some of these tours here.

Each of the whiskey distilleries in Dublin has its own unique charm, whether you’re looking for deep history or the latest in boutique distilling, so you can find a tour that suits your interests. A couple of the distillery tours (Jameson & Teeling) are also free with the Dublin Pass.

The Jameson Distillery on Bow St. in Dublin opened in 1780. For decades, Jameson was the most popular Irish whiskey, helping make Dublin the center of a huge industry. However, the company fell upon hard times in the 20th century, eventually moving operations out of Dublin in the 1970s. While the Bow St. factory is no longer in operation as a distillery, it has been refurbished into a museum & tasting room that covers the history of Jameson & Irish whiskey. 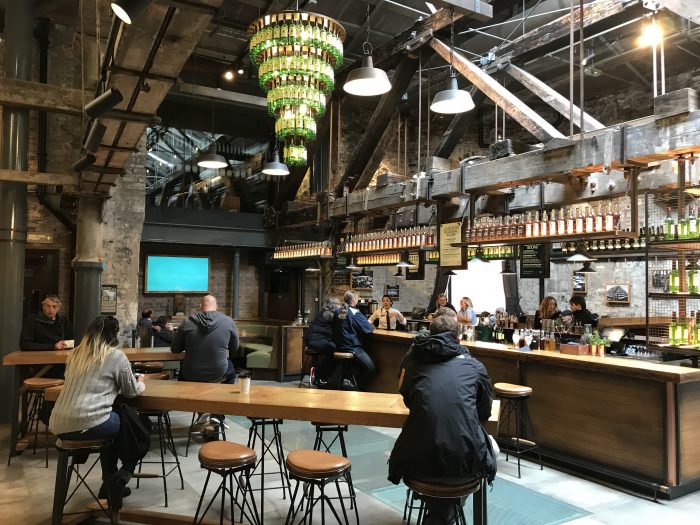 The Jameson tour is the most popular whiskey tour in Dublin thanks to the familiarity of Jameson worldwide. They’ve done a nice job, but if you can’t get ticket for the Jameson Dublin tour, try one of the other distilleries below for a more intimate experience.  My visit to the Jameson Distillery in Dublin can be found here.

Pearse Lyons has the most unique whiskey tour in Dublin. While most whiskey tours have certain elements in common, Pearse Lyons’ location in the former St. James Church in the Liberties provides a special historical backdrop in a neighborhood that was once the heart of Dublin’s distillery scene. 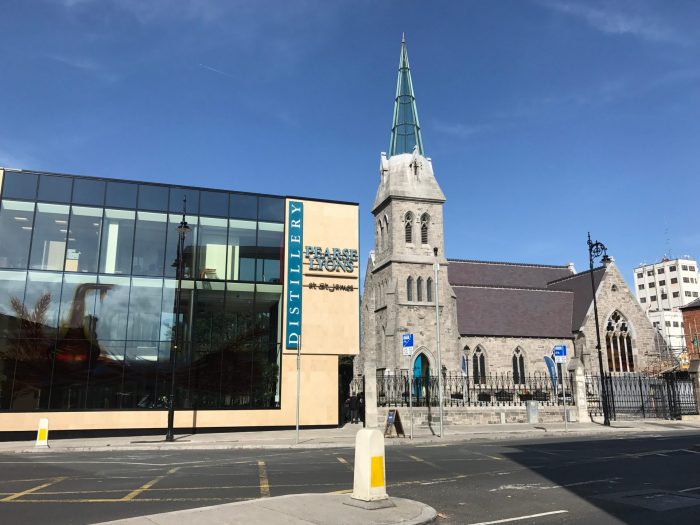 Opened in 2017, Pearse Lyons’ tour not only covers the usual aspects of whiskey distilling, but also the refurbishment of the church & the history of the Liberties itself. It’s not every day that you can see copper pot stills shining under stained glass windows depicting whiskey scenes. 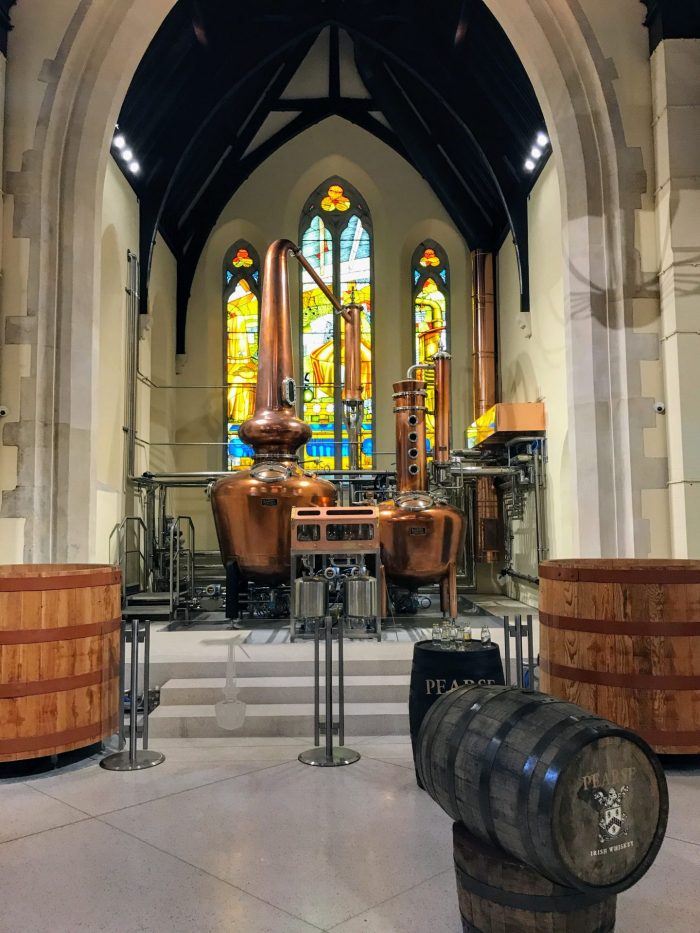 If you can only do one Dublin whiskey tour and you’re interested in more than just the whiskey itself, Pearse Lyons is the tour to take. Read about my visit to Pearse Lyons distillery here.

When Teeling opened in 2015, it was the first new whiskey distillery in Dublin in 125 years. It was also the first distillery to operate in the city since Jameson had moved to Cork in the 1970s. 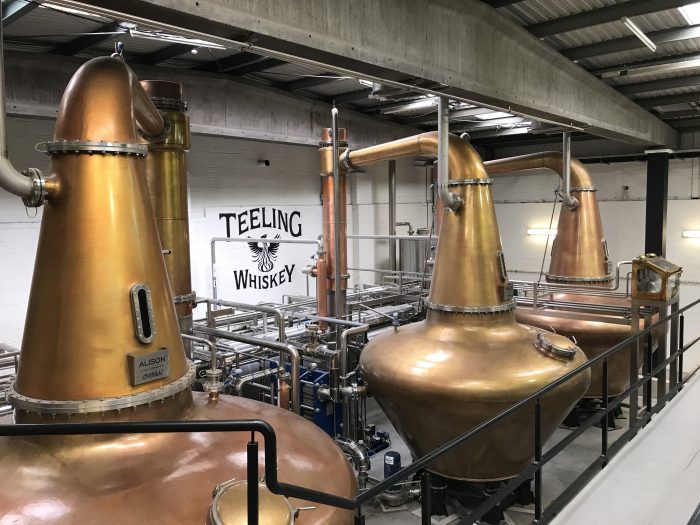 This craft distillery has not only revitalized the Irish whiskey industry, it’s also been part of the rebirth of the Liberties. Teeling’s tour takes you through their family history, while the warm aroma of whiskey distilling fills the air around you. Whiskey taste is a matter of personal preference, of course, but Teeling’s Irish whiskies were my favorites. 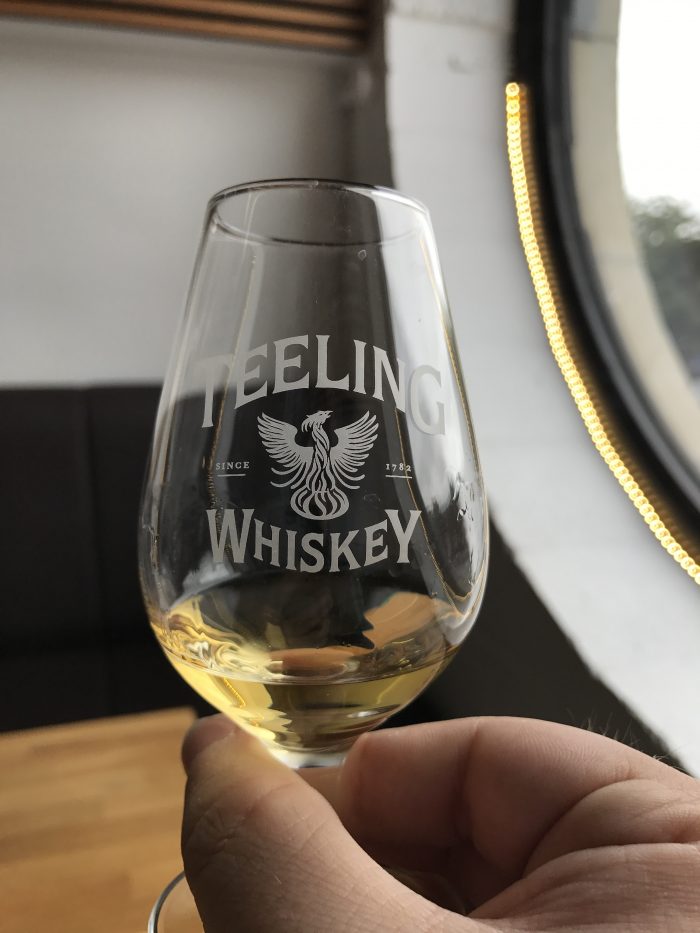 Teeling has rapidly become a Dublin mainstay, with their iconic black barrels spotted outside pubs all over the city. They have also been winning many awards for their whiskey. You can read about my full Teeling experience here.

The Dublin Liberties Distillery opened in 2019 in a 400-year-old former mill & tannery. Their three copper pot stills use water from an on-site well to create Uisce beatha (the Water of Life), as whiskey is known in Irish. Your tour starts out with their unique honeycomb liquor, which helps get you into the mood for the rest of the experience. The tasting room features their range of whiskeys, including Dubliner & Dublin Liberties, and the full cocktail bar is open even if you don’t do a tour.

In 2019, Roe & Co Distillery opened in the former Guinness power plant. Part of the inner workings of this old power plant can still be seen amongst the new copper pot stills & other brewery facilities. Operated by Guinness owners Diageo, the distillery is named after George Roe, one of the most prominent names from the heyday of the Dublin whiskey industry. While his old distillery may be long gone except for the old tower, his memory has inspired a new generation. Roe & Co is a blended Irish whiskey created by Master Blender Caroline Martin.

The Roe & Co distillery tours focus on the senses, with taste & smell being an integral part of the experience. Visitors can also create their own cocktails during the tour, which is a unique offering.

The Irish Whiskey Museum in Dublin might not be a distillery, but its breadth of knowledge about the Irish whiskey industry merits noting. 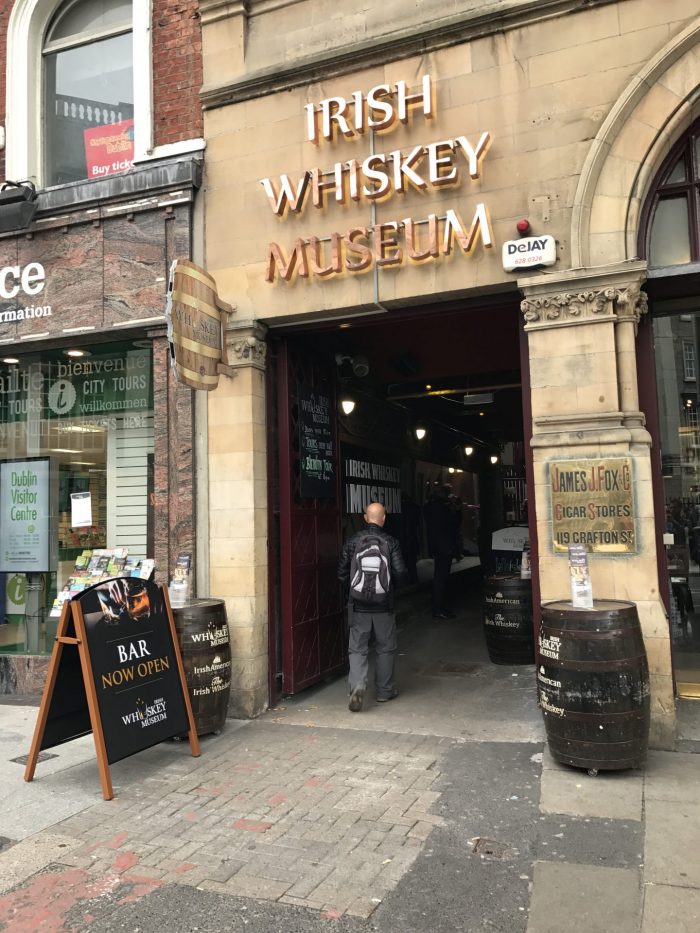 If you can’t make it to a full distillery tour in Dublin, the Irish Whiskey Museum is still a nice place to go to learn more about the drink & have a tipple. The Irish Whiskey Museum covers the different eras of Irish whiskey history, then follows it up with a tasting of a few different varieties from around the country. And if you just want to drink their bar & bottle shop has a huge selection of whiskey flights & cocktails.

You can find more Dublin whiskey tours here. In addition to these distilleries & tours, I also recommend having a whiskey in one of Dublin’s Victorian pubs, some of which have outstanding selections.