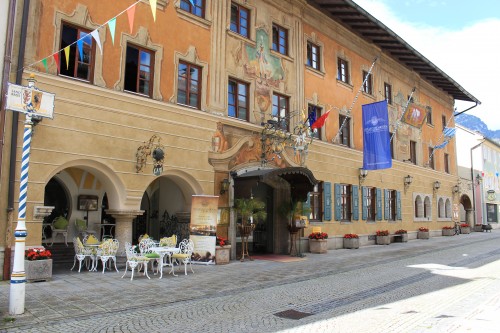 When I got back to the ATLAS Grand Hotel in Garmisch-Partenkirchen after Oktoberfest, I realized that I needed to do something about my sleeping arrangement there.

My mattress there was the hardest mattress I had slept on in my entire life. It barely felt like a mattress at all. I tolerated it my first night because I was so tired, but then slept poorly on subsequent nights.

The guy she had sent off returned with a mattress pad, which he helped me put on my bed. I thanked him & slept much better for the rest of my stay.

The lesson here is that if you are having any issue at a hotel, even what you think might be a small issue, ask to see if it can be made better. I should have gone to the front desk on my first night rather than battled to sleep.

That said, the Atlas Grand Hotel has ridiculously firm mattresses. If I had done more research before booking, I would have seen this complaint in many other reviews. My suggestion for the hotel is that they make mattress pads available in each room if this is such a common issue. While some people may like a firm mattress (perhaps it’s a cultural thing in Germany, I don’t know), many others do not.

I normally do lots of research and read plenty of reviews before I book a hotel. This brings me to my 2nd issue with the hotel, its misleading star rating.

The Atlas Grand Hotel Garmisch-Partenkirchen labels itself as a 4 star hotel. As such, I thought I was getting a great deal when I saw it listed on Hotels.com for just $80 per night during the busy Oktoberfest season. The hotel itself seems to be confused about their rating. On some places on their website and in the hotel it says 4 stars, in others it says 3.5. In reality, it was perhaps a 2 star hotel. It was by no means unpleasant, but it was certainly not what it billed itself to be. I usually book accommodation based on value, and had I known the real quality, I may have continued to look at other options.

Here are some photos of my hotel room. As you can see, it’s a basic, run of the mill hotel room. It appeared that I was in a section of the hotel that was added on. The walls and ceilings were so thin that I could hear almost everything in the rooms around me, from conversations to someone above me dropping a coin that seemed to spin forever on the floor. 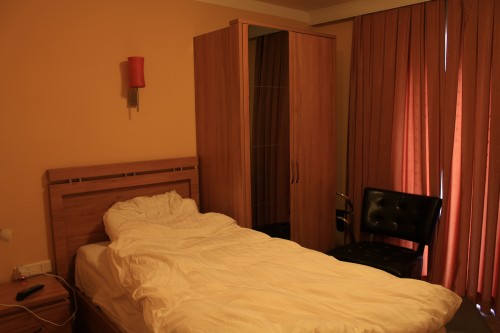 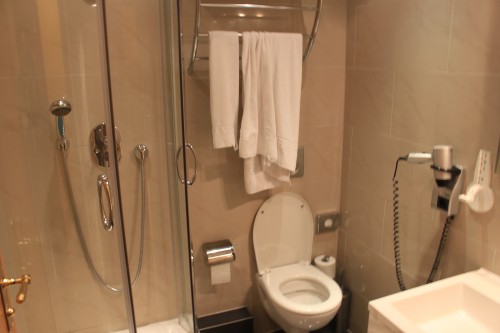 The room did have a nice patio outside, though I didn’t use it. Nor did I utilize any of the spa services listed on the hotel website. It’s possible that between these add-on experiences and nicer rooms that may be available, the hotel can be much more luxurious, but I personally believe that a hotel’s rating should be determined by its worst rooms, or at least the average experience, not what it might be like in their 1 or 2 nice suites.

Some positives about the hotel are that it’s located in a nice quiet area in Partenkirchen. Though it’s about a 15 minute walk from the main train station, it didn’t feel inconvenient. There was plenty of hot water and the shower was particularly nice after long days out hiking. Also, the hotel gave me a pass for free bus rides in the area as well as some other discounts. The bus system isn’t huge, but neither is the town, so it came in handy a few times when I didn’t feel like walking all the way back.

All in all, my stay was fine, but I can’t say I’d recommend the Atlas Grand Hotel to anyone else. Perhaps I would feel differently had I not gone into my stay expecting a 4 star experience.

Following my busy Oktoberfest trip, I decided to have a fairly quiet day to wrap up my trip to the Alps. I started off by visiting the Werdenfelser Hof (Werdenfels Museum), which is located right next to my hotel. The museum featured regional artifacts, maps, folk art, and other random things. Unfortunately, given my previously-discussed lack of understanding of the German language, I had no idea what most of the items were, but it was cool to look around and get some sense of traditional life in the town.

From there I walked a bit up the hill to the base of Wank, one of the smaller mountains surrounding the town, made a few jokes to myself, then continued along a trail until I was on the northern edge of Garmisch-Partenkirchen. 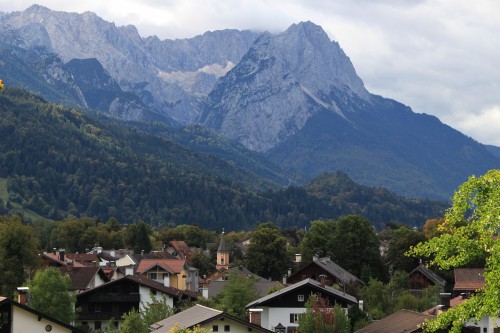 I was hungry by this point, so I headed to the center of Garmisch. Since it was a Sunday, I expected things to be quiet, but instead it appeared that they were having their own mini Oktoberfest, or at least some kind of local festival. There were farm animals in pens (mostly sheep) as well as tractors on display. I also caught the tail end (no pun intended) of one round of a sheep shearing competition. 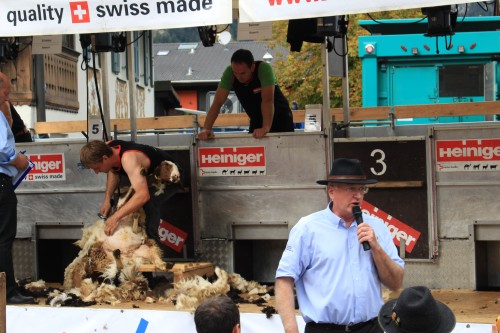 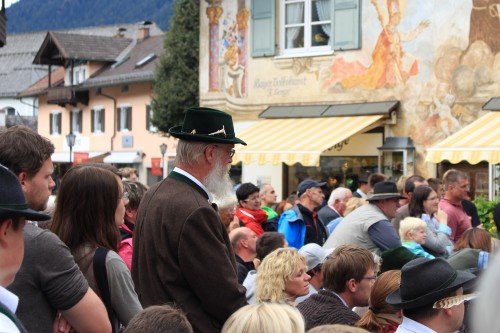 I went to Akram’s, a local Euro/Asian/Indian restaurant, for lunch. Inspired by seeing the sheep around me, I ordered the lamb keema naan. While I considered having a more exotic dish, I opted for some butter chicken as well. While different from what I’ve had in the U.S., it was actually a nice change since the sauce was a bit lighter.

After wandering a bit more, I headed back to the hotel, just before it began to rain. Since it rained hard for the whole night, I decided to take it easy and watched NFL RedZone via my Slingbox. For those who are unfamiliar, a Slingbox allows you to watch your home TV from anywhere in the world as long as you have internet access. Just because I am on vacation, doesn’t mean I have to be on a break from everything back home.