After visiting the Finnair lounge in Helsinki, it was finally time to start making my way home. My first flight of a long day was between Helsinki and London Heathrow. 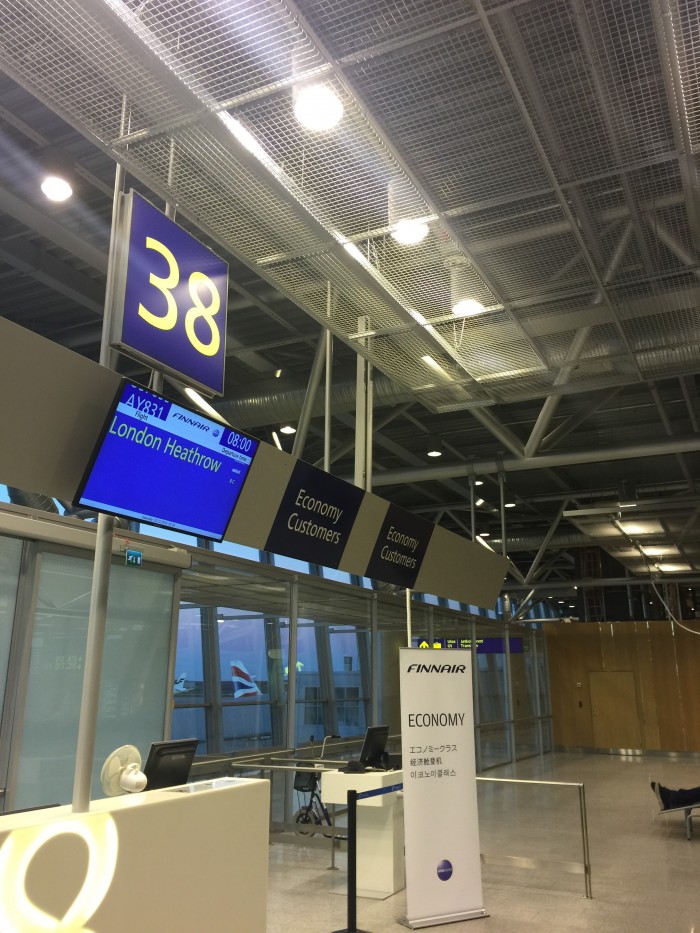 The sun was rising as I boarded the Airbus A321, treating me to this view. 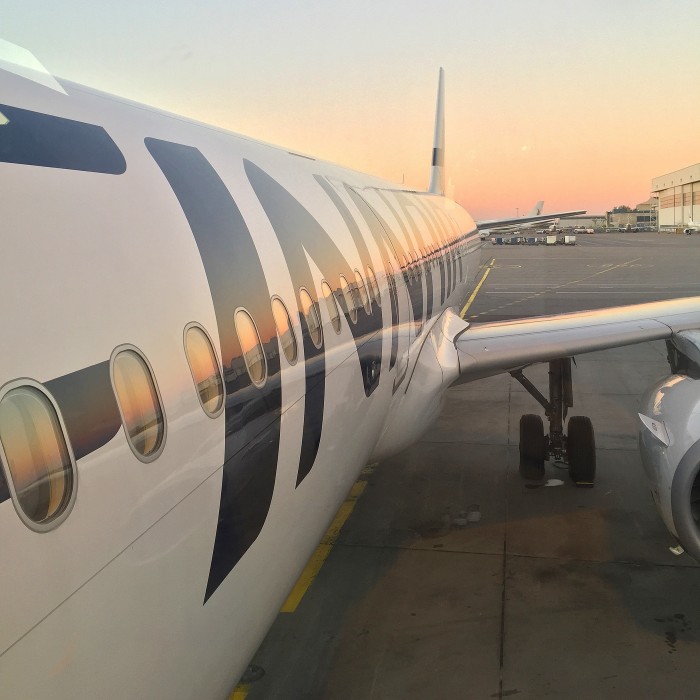 I was sitting in seat 1D (One Direction fans will probably scream about this) in business class. Intra-Europe business class is of course nothing particularly special. The middle seat was blocked out. There was a sign on it saying this blocking service was “complimentary”. I’m glad I didn’t have to bribe someone to not take it? 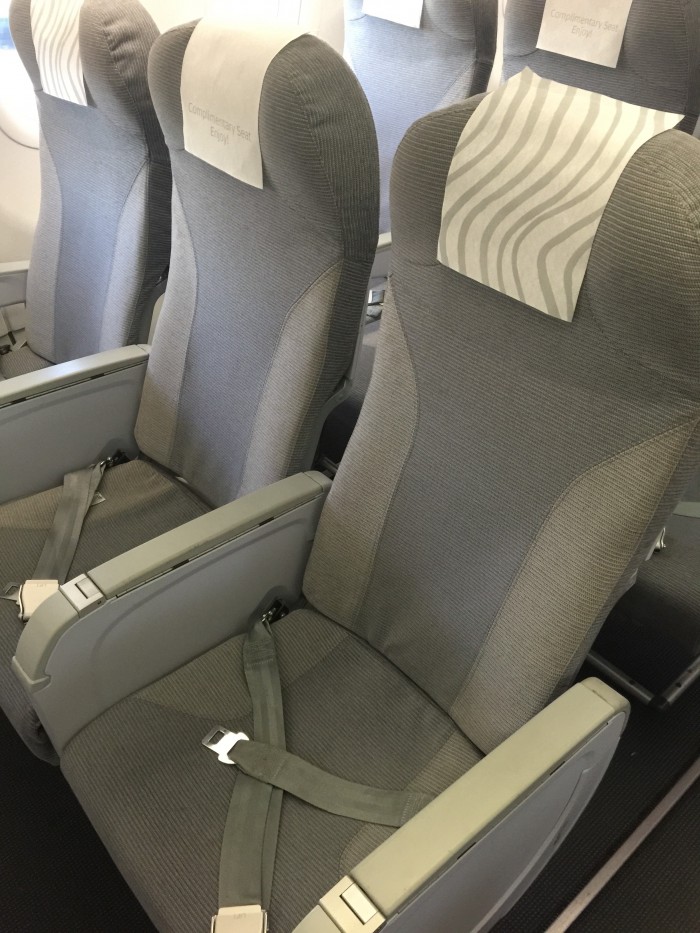 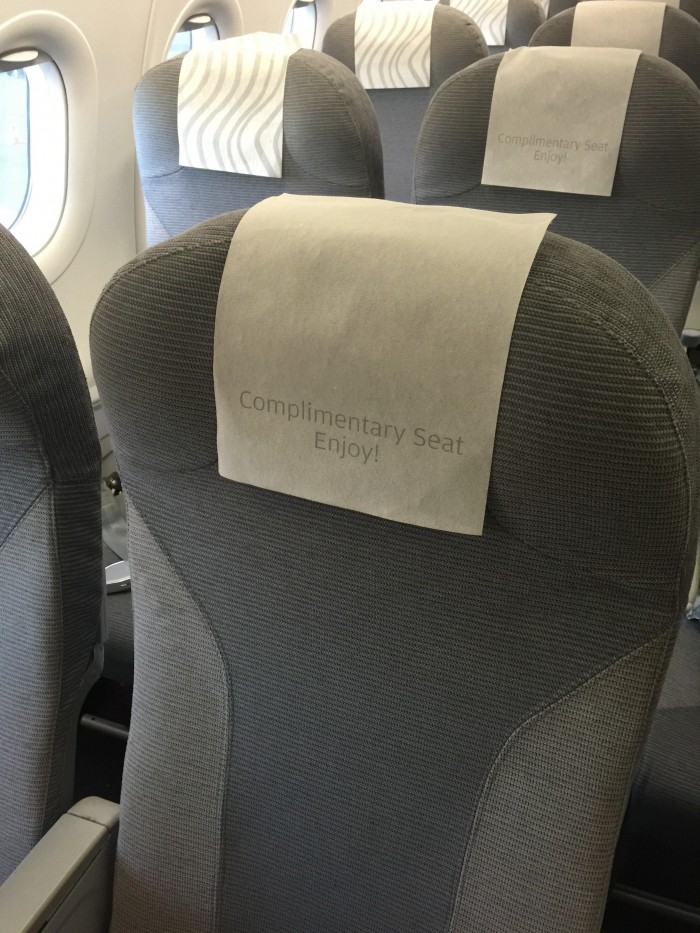 The first row was a bulkhead row, so there was a bit more legroom, though I’m not a fan of having to put my bag overhead. I travel light on carryons on a trip like this, so I’m accustomed to having everything right near me. Additionally, thanks to being a bulkhead row, the seats were a bit narrower due to them having tray tables in the armrests.

The seats were nice and comfortable for business class seats. There was plenty of padding, and I liked the clean, grey look. All of Finnair has excellent design.

The one major drawback of having seat 1D on this flight is that every dipshit with a rolling bag crashes it into your leg while they board. At least the flight wasn’t full, so I only had glare at about half a cabin’s worth of people as they passed.

Once boarding completed, we were off. The flight from Helsinki to London Heathrow is about 2.5 hours.

Meal service started with a hot towel, or more accurately a “HOT! HOT! HOT! HOT! HOT! lukewarm cold” towel. If there’s a product out there that has such a narrow window of utility, I haven’t seen it.

The hot breakfast was an egg, some creamed spinach, sausages, and potatoes. 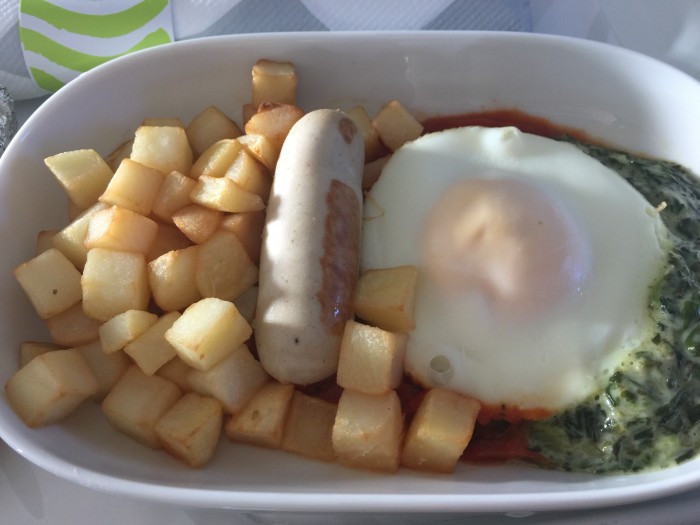 I know the photo makes it look like it was made out of plastic, and that’s honestly that photo is an accurate representation, so I was skeptical. Fortunately, it tasted much better than it looked.

The flight was uneventful, and I even managed to doze a little bit since it was so early. We landed at London Heathrow, and I was off for the next leg of my journey. Overall, I enjoyed my Finnair experience. Their employees were all friendly, and I liked their clean design scheme that they use across their brand. Someday I’ll have to check them out on a long-haul flight.