Much like how I felt about Queenstown, I wished that I had more time to spend in Wellington. It’s a small city, but I liked everything about it, from the nice green spaces & access to water to the great craft beer scene. On my last day in Wellington, I tried to see as many museums & parks as I could.

After walking around the CBD for a bit, I stumbled upon the City Gallery of Wellington. It’s a free museum dedicated to contemporary art. It reminded me of the modern art museum in Glasgow, an ever-changing museum that you can check out and find something new & interesting each time you walk through the civic center complex. 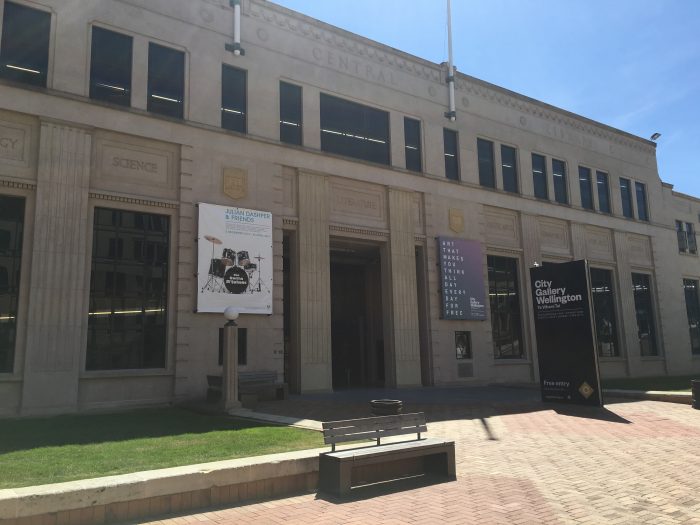 Some of the exhibits that were in the gallery that day were Julian Dashper & Friends, which included a road sign from John Reynolds that mentioned the most expensive works sold in recent years and Dashper’s “The Big Bang Theory”. 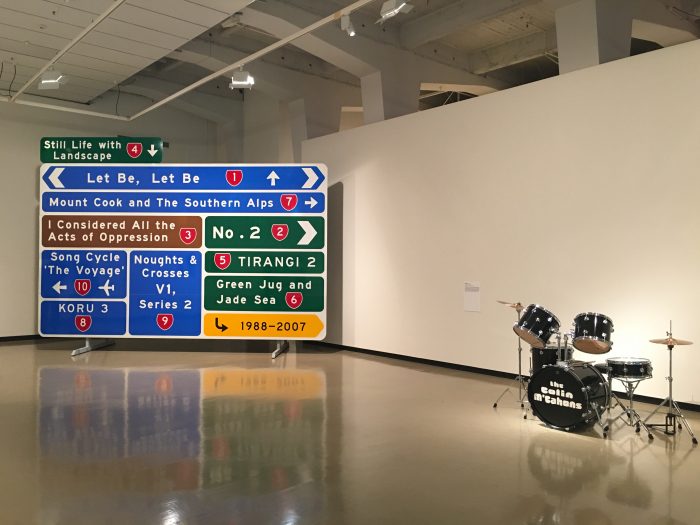 There were a couple of competing installations relating to tourism. One, Hugh MacDonald’s “This Auckland”, featured a tongue-in-cheek presentation of a tourism video. This video was a response to “Unseen City”, which showed random, neglected views of Auckland, which was a response to formal photo books. Both together form an interesting perspective on the city.

Another installation I enjoyed was Camille Henrot’s “Gross Fatigue”, a 13 minute video about the creation of the universe.

The art continued as I walked across the bridge that crosses the Jervois Quay, on the way to the Museum of New Zealand, Te Papa Tongarewa. 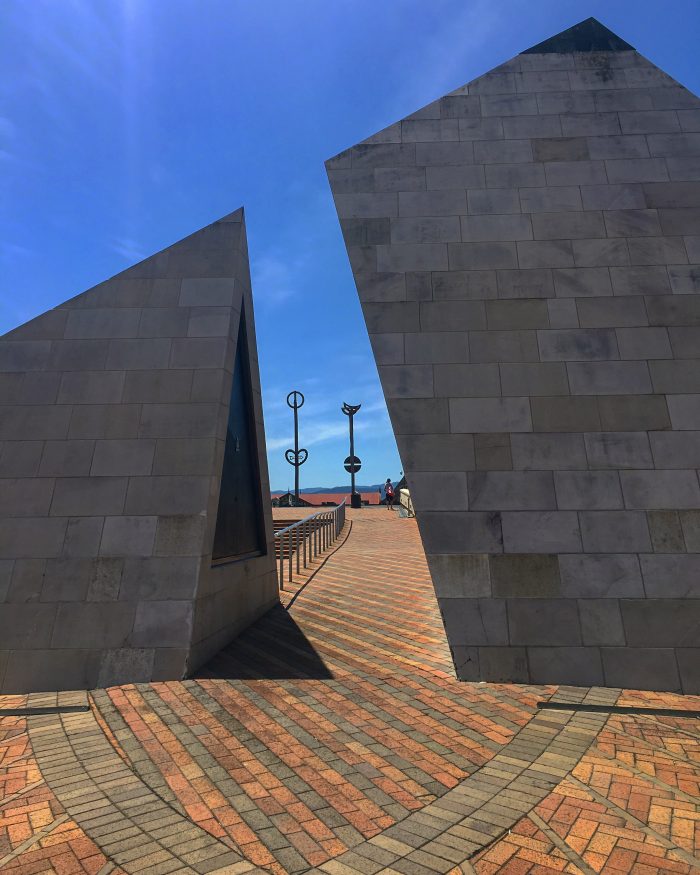 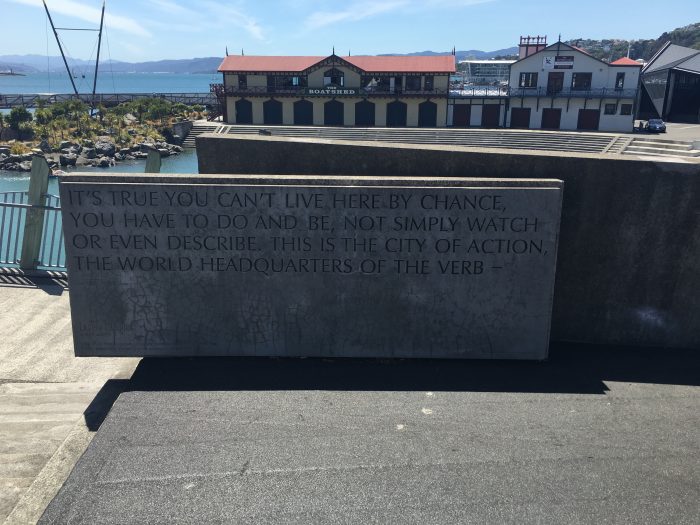 The national museum & art gallery is something New Zealand has many reasons be proud of. It covers New Zealand’s history from all angles, with several exhibits about the Maori. Admission is free, and since it was the holiday period, the museum was packed with families. 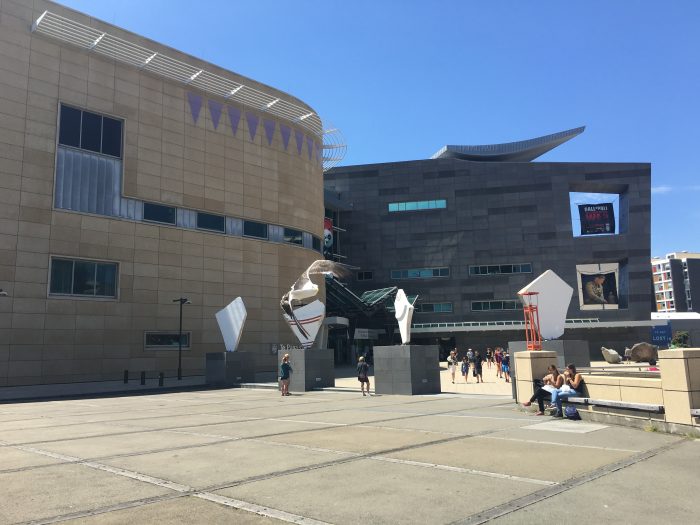 My first stop was the current temporary exhibition, which I had heard about on my tour of Weta Workshop the previous day. The exhibition was called Gallipoli: The Scale of Our War, and the centerpieces of it were larger-than-life statues of World War I soldiers that were created by Weta. The exhibition is understandably popular & is also free, so the queue stretched for about 30 minutes when I visited. Even when I was inside, it was still jam packed with people. 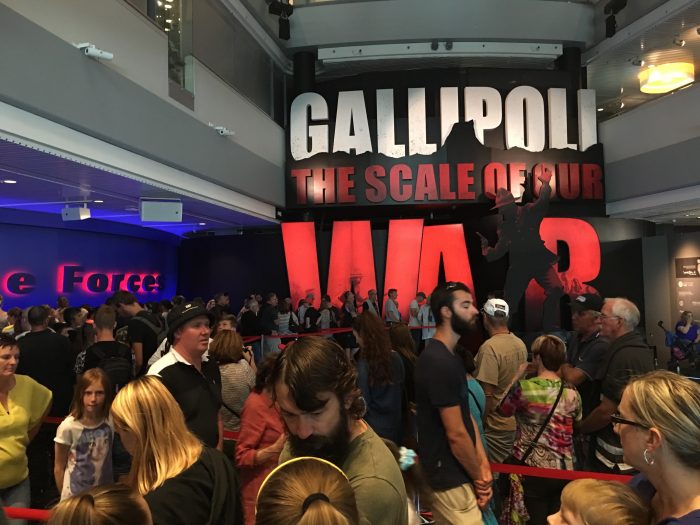 Gallipoli is not something I had ever learned about in history books, as it was a World War I battle that was fought mainly by troops from New Zealand & Australia in 1915-16. The campaign did not go well, as the men were eventually forced to evacuate. 2,779 Kiwis were killed there.

The exhibit is presented in a moving way, telling you the backgrounds of individual soldiers, who you then see giant statues of as you walk past. You eventually learn all of their fates. It’s truly a moving experience, filled with artifacts from the war. 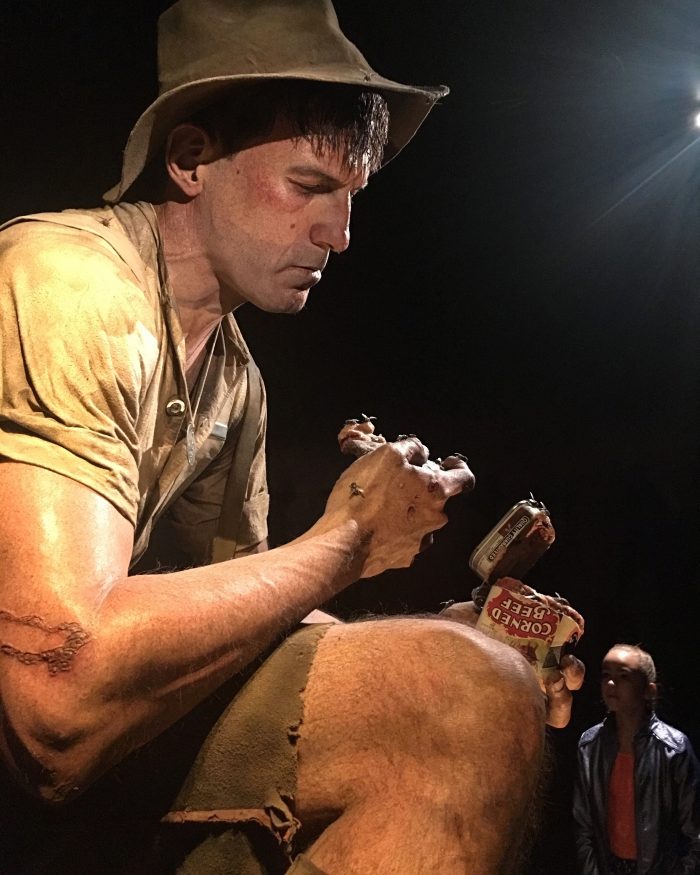 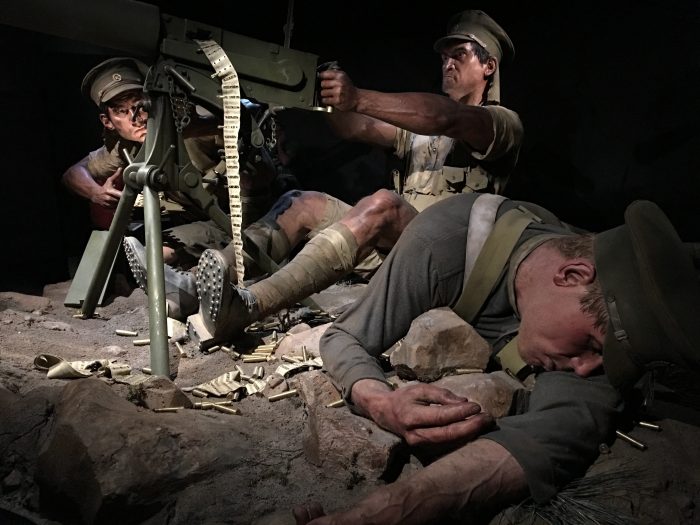 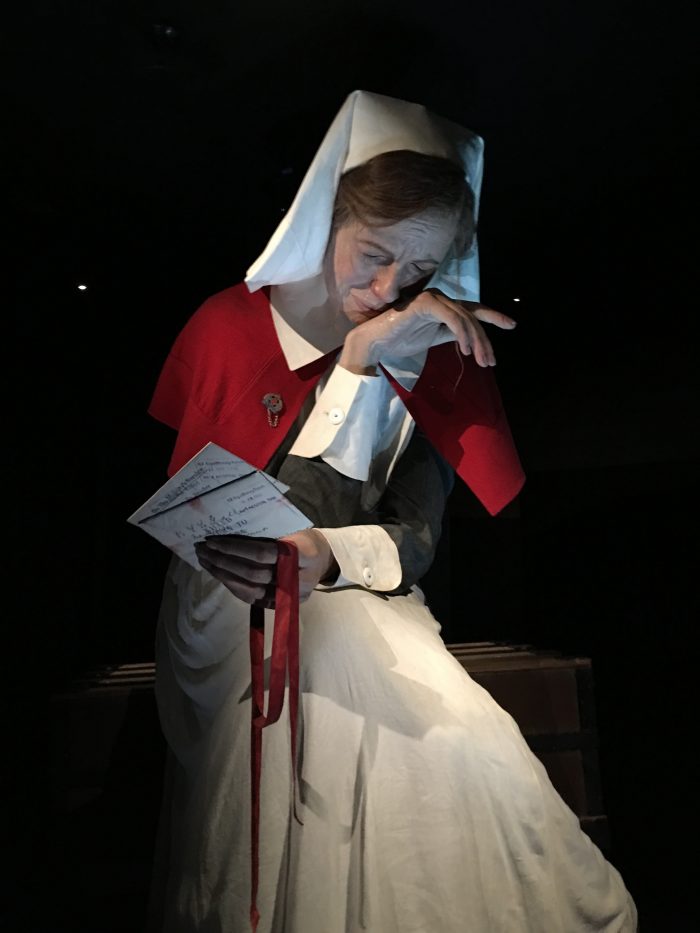 At the final statue, you can lay poppies at the soldier’s feet. 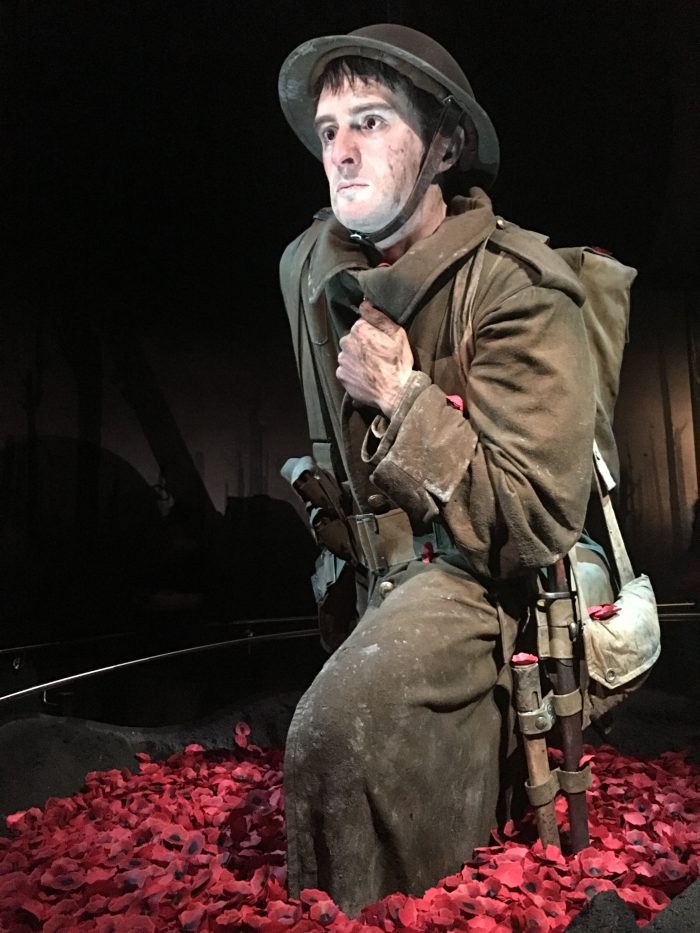 The exhibition runs until 2018, so there’s still plenty of time to get to Wellington & see it. If you can’t make it, the Te Papa Tongarewa museum has put together a nice website so you can still see it and learn about the battle.

Heading back to the permanent exhibits, there were the typical sections about local natural science that you’ll find in most national museums. The unique geology & biology of New Zealand make these areas worth checking out, however, as there are special sections about earthquakes & volcanoes, plus a nice outside bush walk. There were also exhibits called “Blood, Earth, & Fire”, which discussed how humans have shaped New Zealand into what it is today, taking into account both positive and negative impacts. 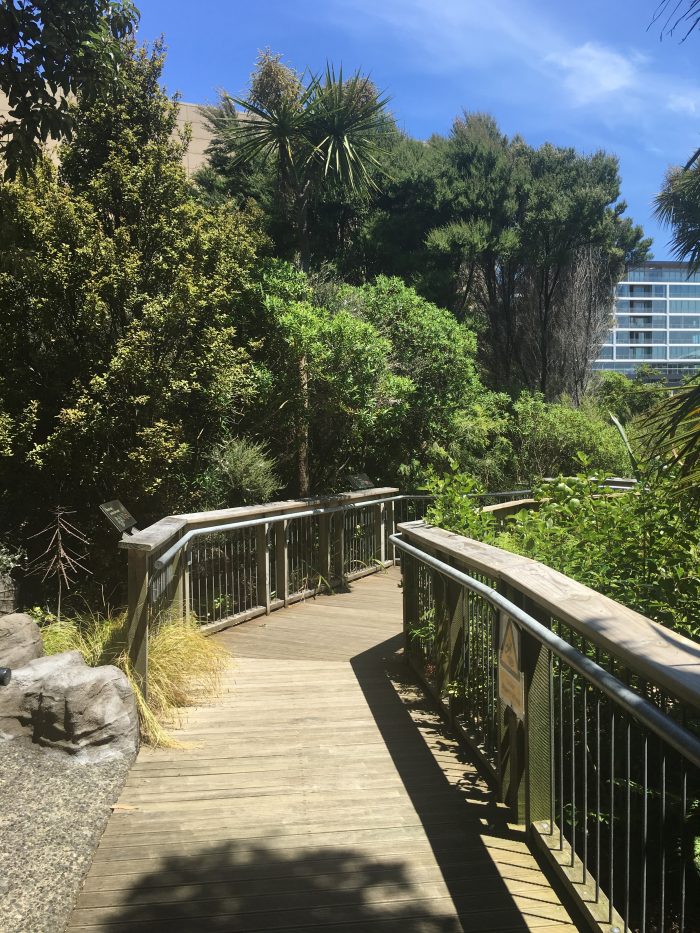 Other interesting sections of Te Papa Tongarewa included several areas about the Maori, covering everything from the social history of the Pacific Maori & other communities to artifacts & boats from them. 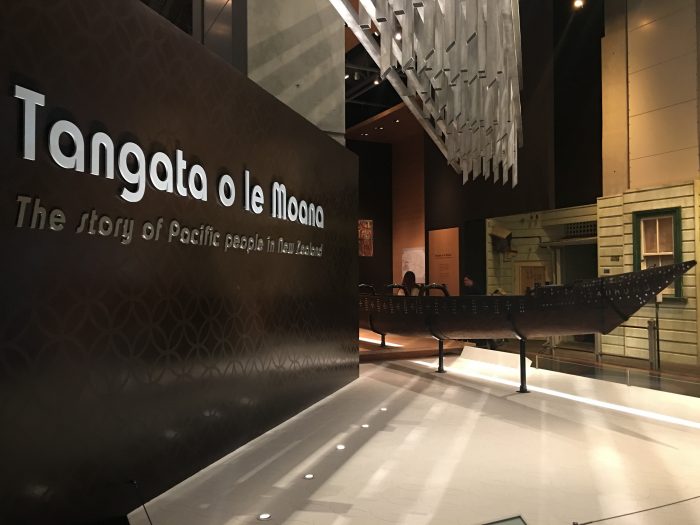 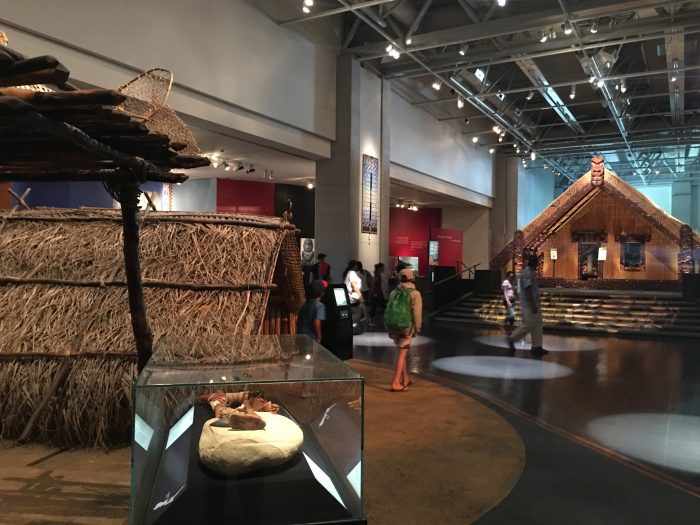 There is also a an area about the history of New Zealand’s famous Ka Mate, also known as The Haka, which has gained worldwide fame due to its performances by all of New Zealand’s sports teams. 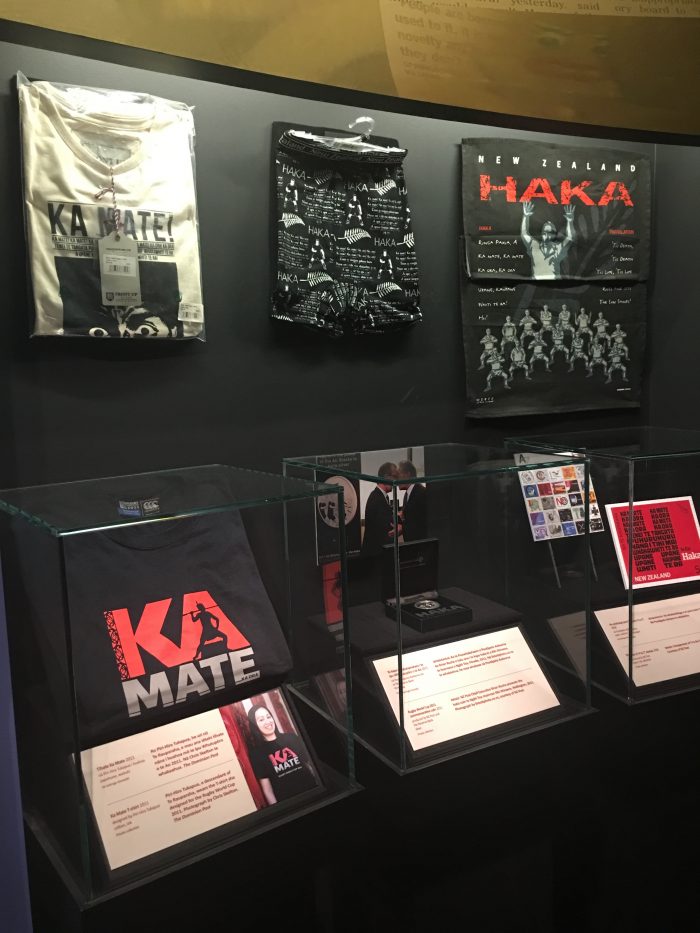 In addition to the Mana Whenua exhibit, there was also an exhibition about the Treaty of Waitangi, the founding document of New Zealand, which was signed by the British Crown & over 500 Maori chiefs, and remains controversial to this day.

Heading more into modern history, there was a history of immigration to New Zealand, from the Maori all the way to modern refugees. 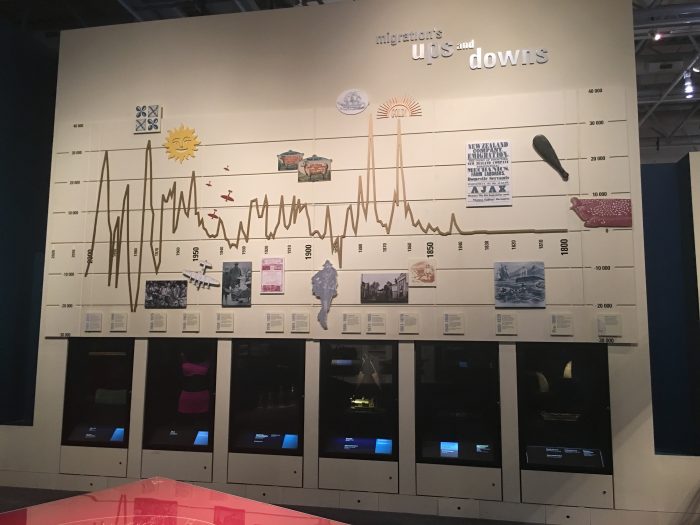 The final exhibition I visited covered New Zealand’s social history of the 20th century, including everything from Maori rights to gay rights to the anti-apartheid movement vs. South African rugby. 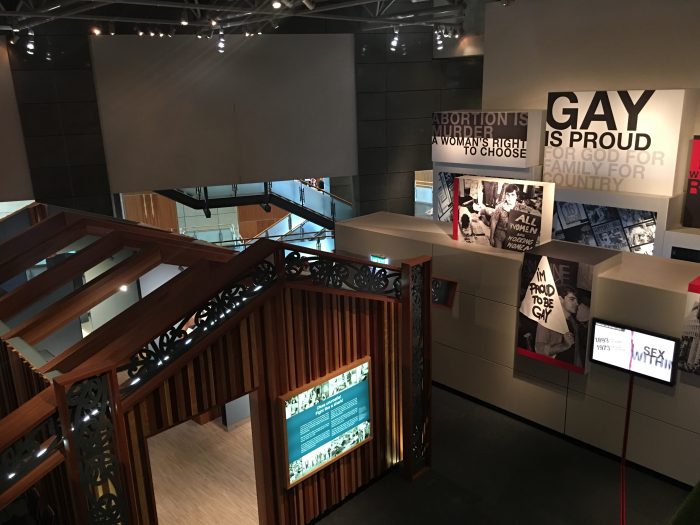 The Museum of New Zealand truly is outstanding. All of the exhibits are well-constructed & informative. If you’re thinking it’s just a boring national history museum like you’d find anywhere else, keep in mind that New Zealand’s history is so unique and fascinating that the Te Papa Tongarewa museum is a must-see in Wellington.

After I finished the museums, there was still plenty of time to get some sun. The Wellington Cable Car is a funicular railway that goes from the CBD up to the Wellington Botanic Garden. Tickets are $4 NZD one way. The view from the top is beautiful on a clear day. At the top, there is also a cable car museum that tells the story of the railway & also has an old cable car. 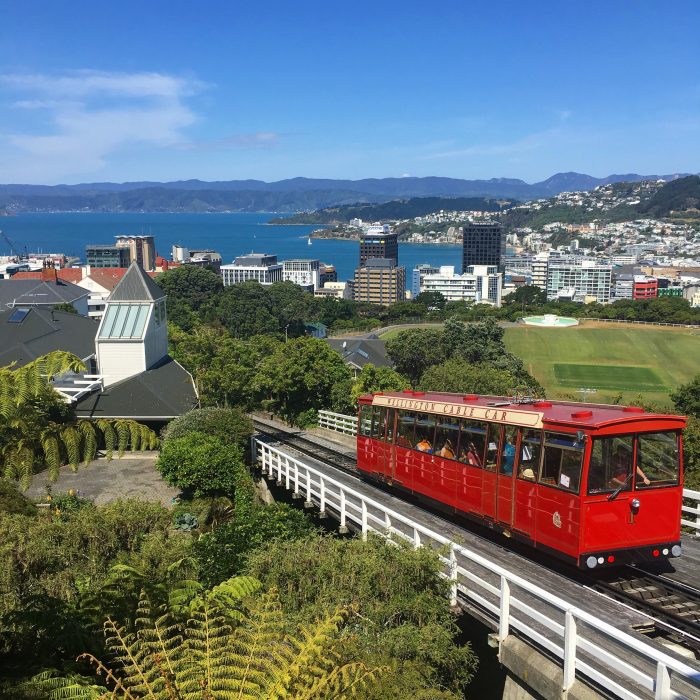 Entry into the Botanic Garden is free, and it’s an impressive green space in the center of the city. The steep hills were filled with hikers & dog walkers. The surrounding neighborhoods overlook the gardens. I’m sure these homes are not cheap. 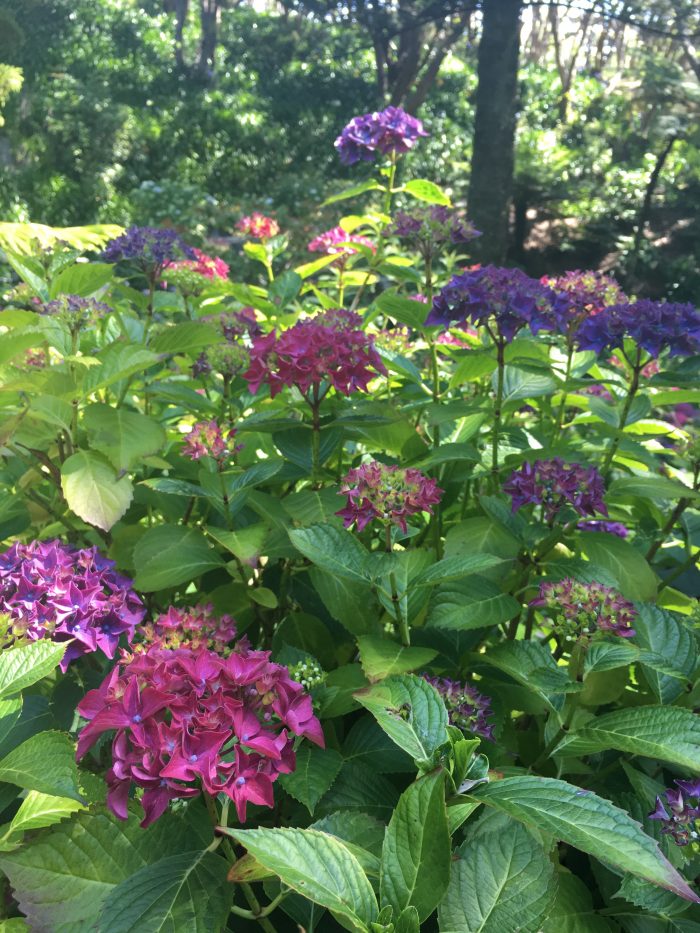 The Botanic Garden heads down into a valley from the Cable Car terminal. Since it was in the opposite direction of where I was going, I only explored a small part of it, but it’s a huge park.

As I continued walking toward the brewery I’d spend the rest of the evening at, I realized that Wellington seemed quite similar to one of my other favorite cities, Portland, Oregon. Both have some steep hills, along with public gardens, lots of greenery around its neighborhoods, and a compact, but not insignificant downtown. The rivalry between Wellington & Auckland seems not all that different from the relationship between Portland & Seattle in some ways. And of course, both have disproportionately great craft beer scenes for their size. Read all about my favorite craft beer bars & breweries in Wellington.