On my first day in Hong Kong, I visited the famed Tim Ho Wan dim sum restaurant. That wasn’t the only dim sum I had when I was in Hong Kong. I also visited Din Tai Fung for their famous xiao long bao (soup dumplings), as well as Dim Sum Square, another dim sum place near Sheung Wan.

I went to Din Tai Fung on my final full day in Hong Kong. There are several locations in Hong Kong (as well as several international outposts), but I went to the one in Causeway Bay. The restaurant used to have a Michelin star, but it no longer appears to have one, though it does mention it on the windows. 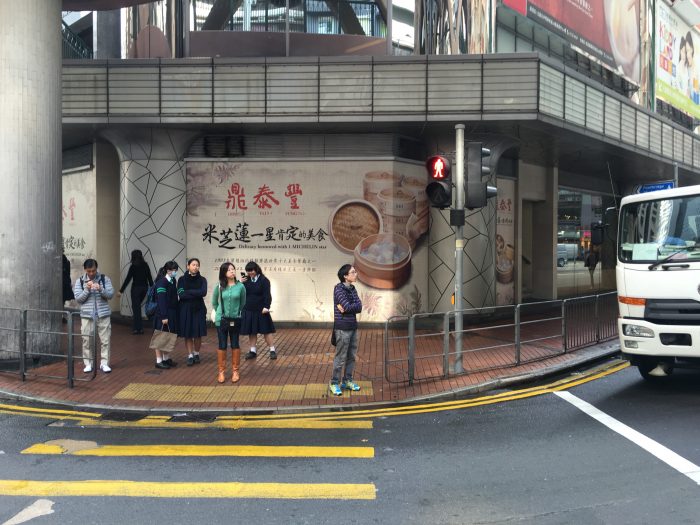 I arrived about 5 minutes before the restaurant opened. There were about 10-15 people in line, but it’s a big place, so there were no issues being seated right away. While we waited for Din Tai Fung to open, we were given menus so we could begin deciding what to order, which is helpful for moving the process along. Even when I left, there was still not a line. 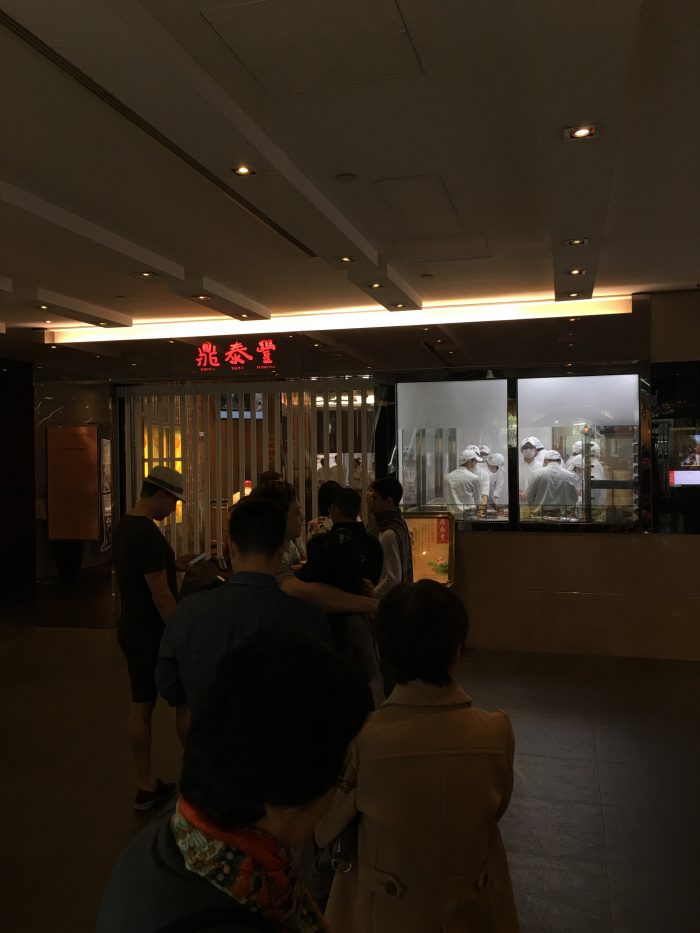 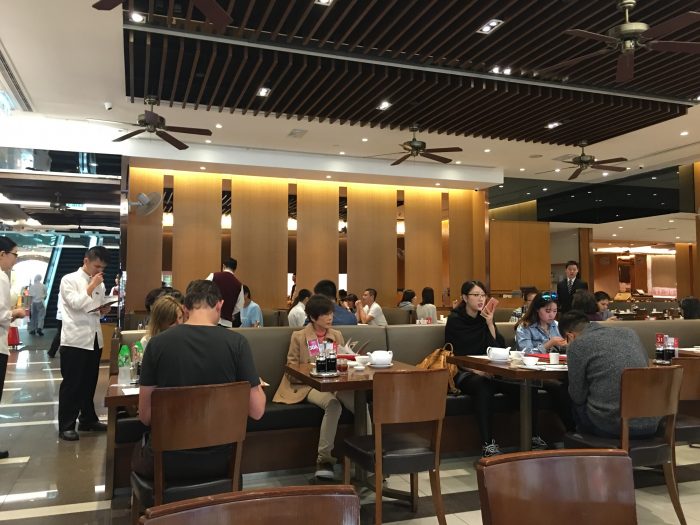 In my mind, there is only one dish to order at Din Tai Fung, their famous xiao long bao, which are soup dumplings. There were four different varieties on the menu: pork, chicken, seafood (angled loofa), and black truffle pork. I couldn’t decide which one to get, so I ordered all four. 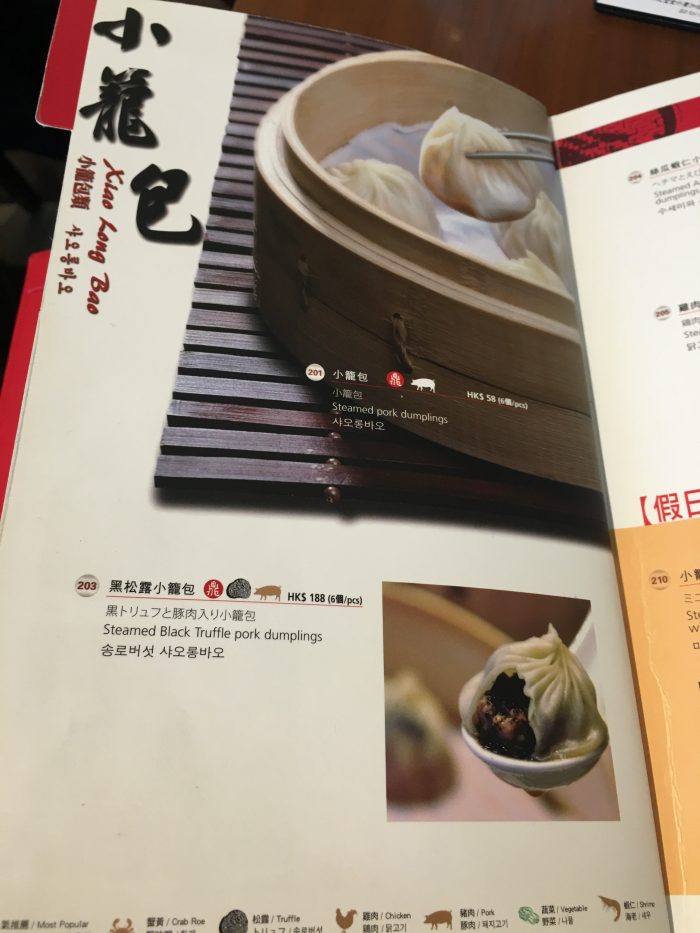 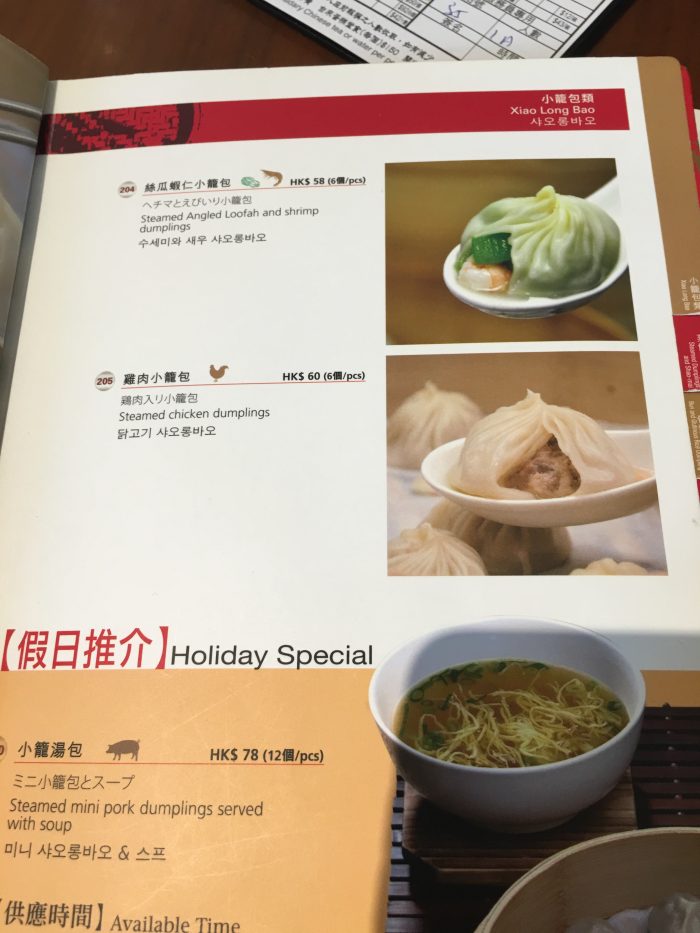 If you don’t know how to eat xiao long bao, don’t worry. The menu also had a guide to enjoying xiao long bao, which is helpful for newbies who don’t want to spill soup everywhere and/or burn their mouths. Poking the hole in the top is critical for avoiding the latter, as the steam is so hot. 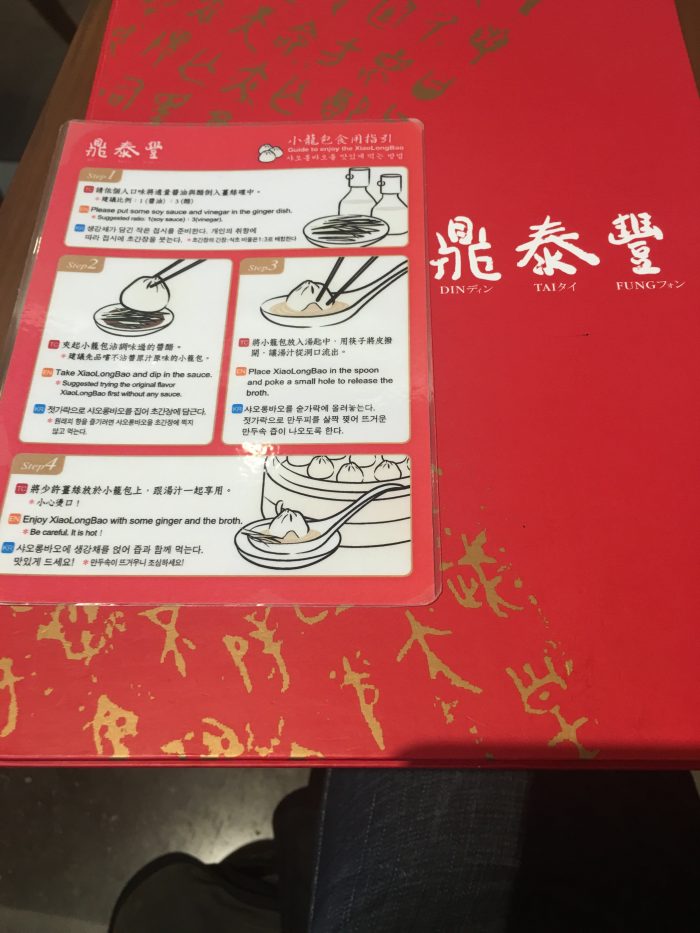 Near the entrance, there is a large window into the kitchen, where you can watch the chefs prepare the soup dumplings & other dishes. 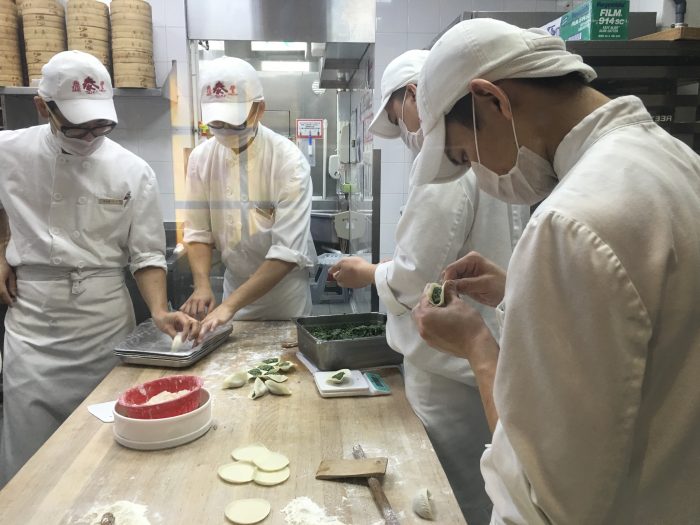 Din Tai Fung runs a tight operation, so it didn’t take long for my xiao long bao feast to arrived. My server was a combination of surprised, impressed, and sickened by the amount of soup dumplings I had ordered, saying, “So many dumplings!”

And it was. I had ordered 24 xiao long bao in all, in four different flavors. 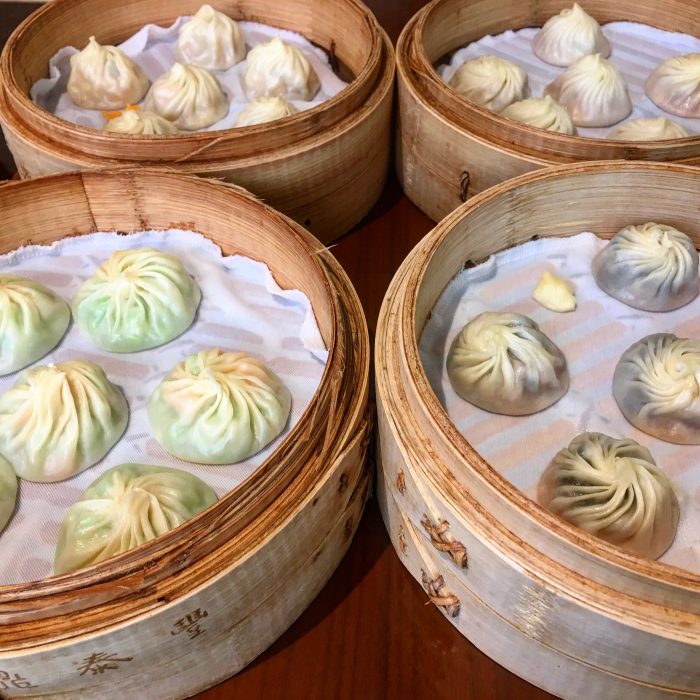 Here are my Din Tai Fung soup dumpling rankings, in order of least favorite to favorite:

4) Seafood (angled loofa) – These were a more distant fourth, but don’t get me wrong, they were still tasty. If I came back, these would be the ones I would skip.

3) Chicken – Good, but it’s chicken, so there’s not as much flavor as the next two xiao long bao varieties.

2) Pork – Here we go. These were the best of the regular soup dumplings. Pork is tasty.

1)  Black Truffle Pork – The black truffle pork xiao long bao at Din Tai Fung costs about 3 times as much as the other varieties, so it’s up to you if you want to splurge. They were my absolute favorite, so I thought the premium was worth it.

I paid 449 HKD total for my meal, which is around $50 USD. It was the most expensive meal I had in Hong Kong, but since it was nearing the end of my trip, I treated myself. Plus, much of that cost was due to having ordered the more expensive black truffle xiao long bao. If you skip that dish, you’ll still have a feast for half the price. If you’re a fan of xiao long bao, a visit to Din Tai Fung is a must when you’re in Hong Kong.

I went to one other dim sum place while I was in Hong Kong, later at night after I visited Macau. It was called Dim Sum Square. It’s located right near Sheung Wan station, which is also not far from the ferry terminal. 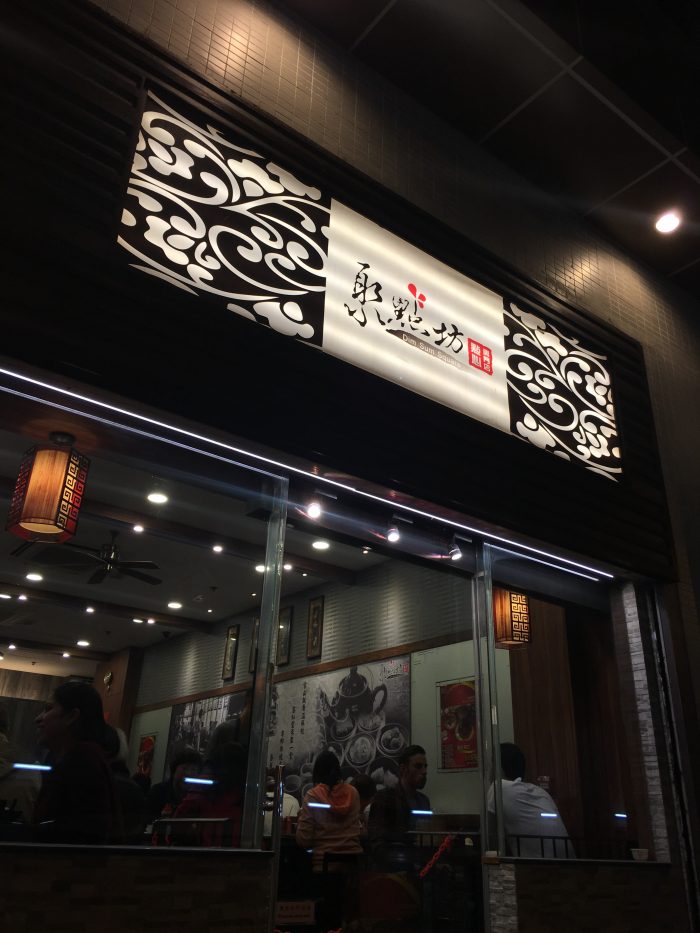 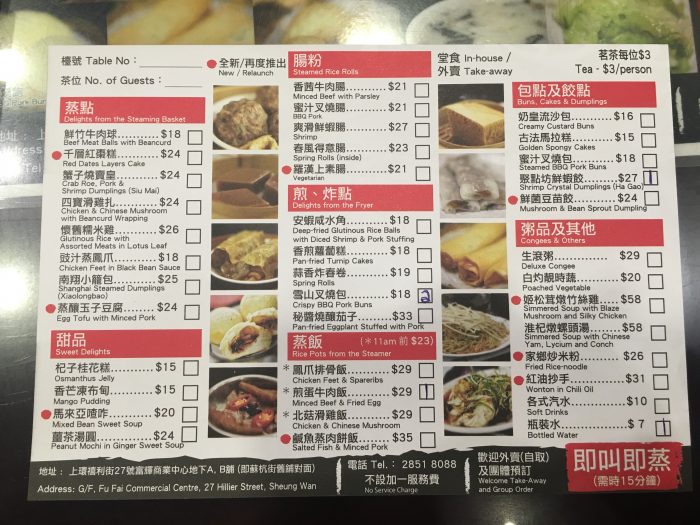 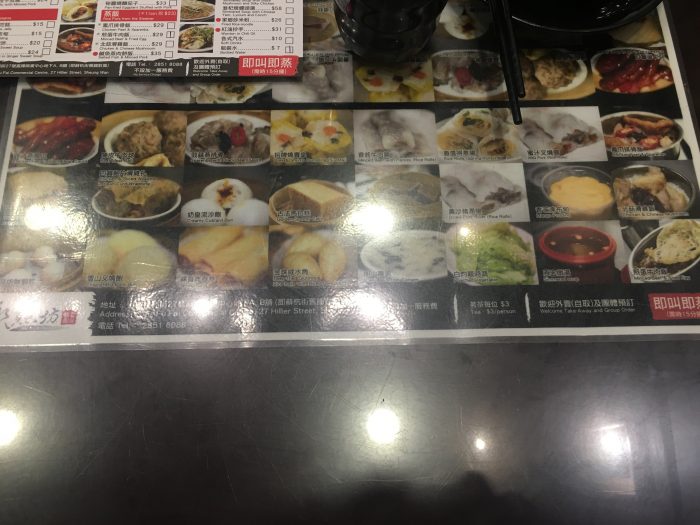 The restaurant was packed around 8pm, but I only had to wait about 5 minutes for a table. The table had helpful photos on it for ordering. 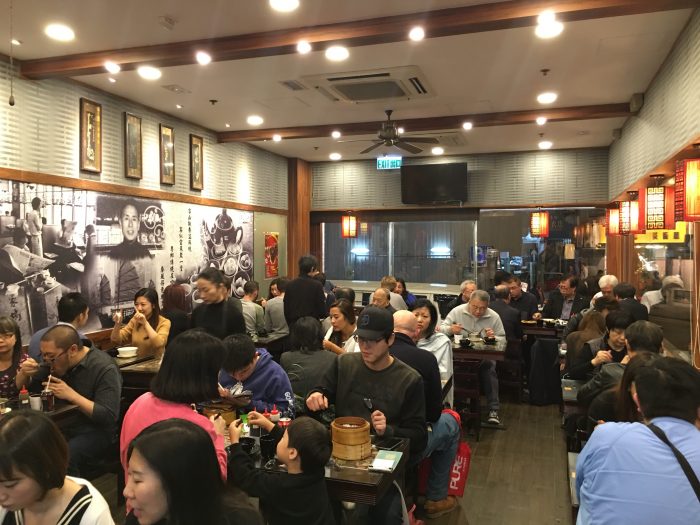 My meal was excellent. I had the minced beef & fried egg rice pot, shrimp crystal dumplings, and crispy BBQ pork buns (ok, two orders of those). The pork buns were fantastic, but I liked the ones at Tim Ho Wan better. 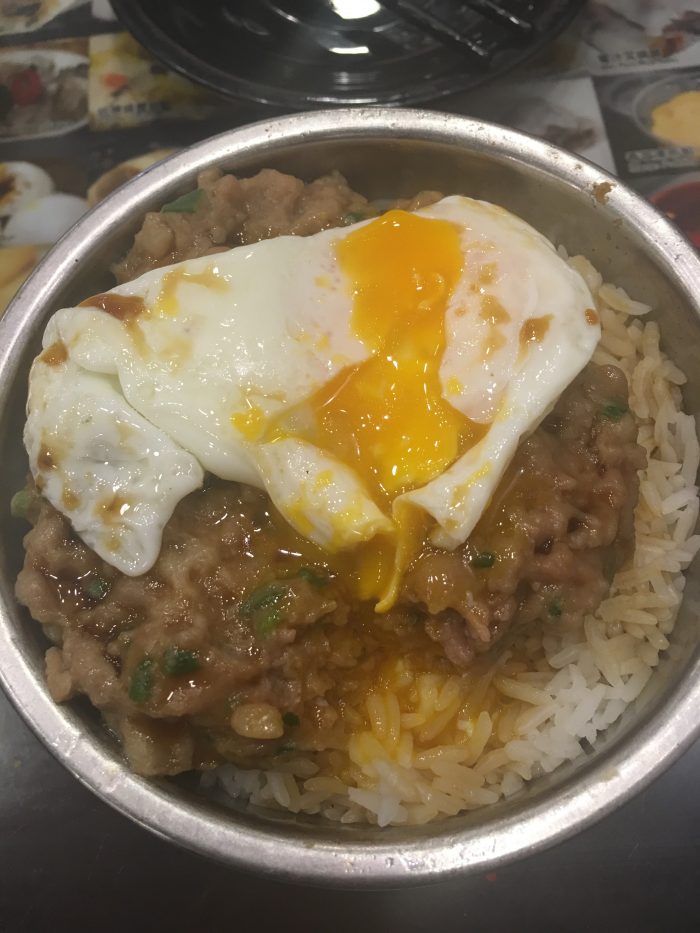 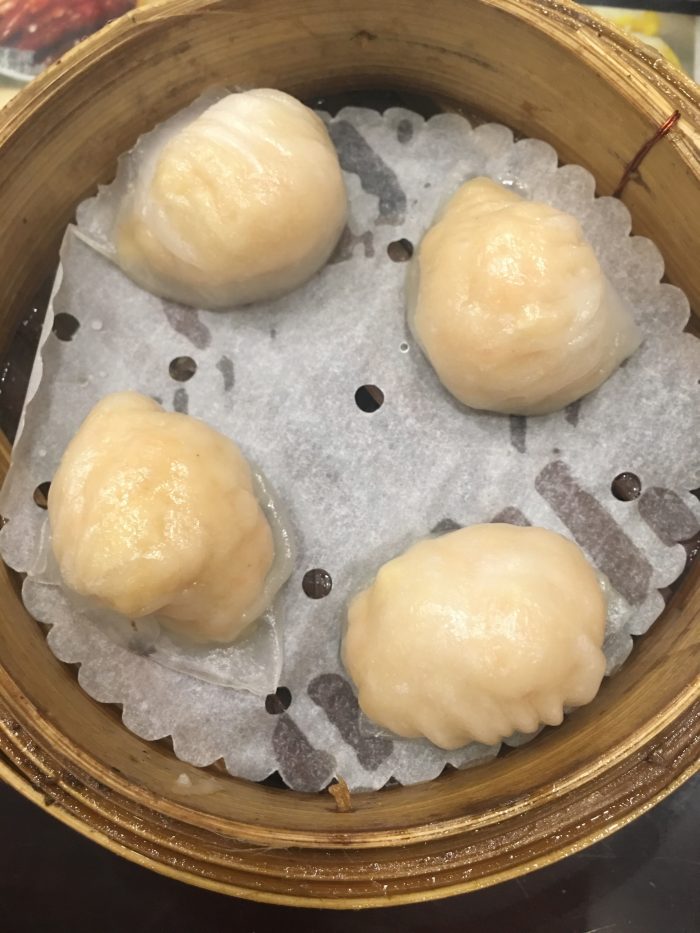 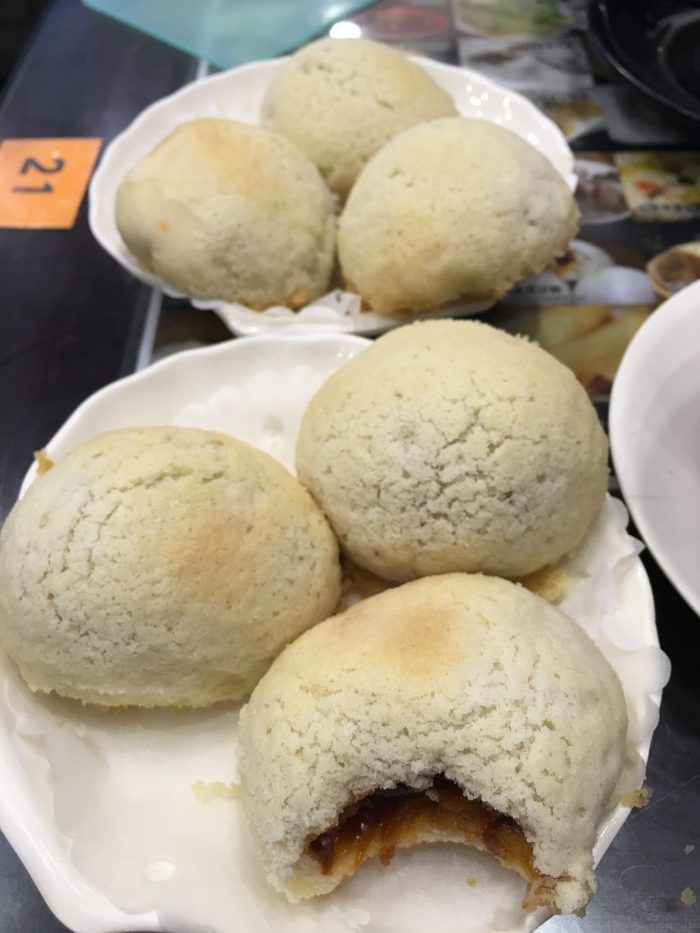 As I expected based on its reputation, Hong Kong is a fantastic food city. My only limitation was the room in my stomach, otherwise I would have spent my entire visit in restaurants.