My first day in Hong Kong was a rainy one. With the weather looking to be better for the other days, I decided to make it an indoor day, staying mostly in Kowloon until the evening.

I started the morning by taking the subway to Mong Kok. From there, I walked to a shopping center. Along the way, I passed through narrow streets with market stalls, and my first thought was that it resembled the Chinatown neighborhoods I’ve been to, which is the most obvious thought I have ever had, because, obviously, Hong Kong would be that way. I’ll blame the jet lag on that one. 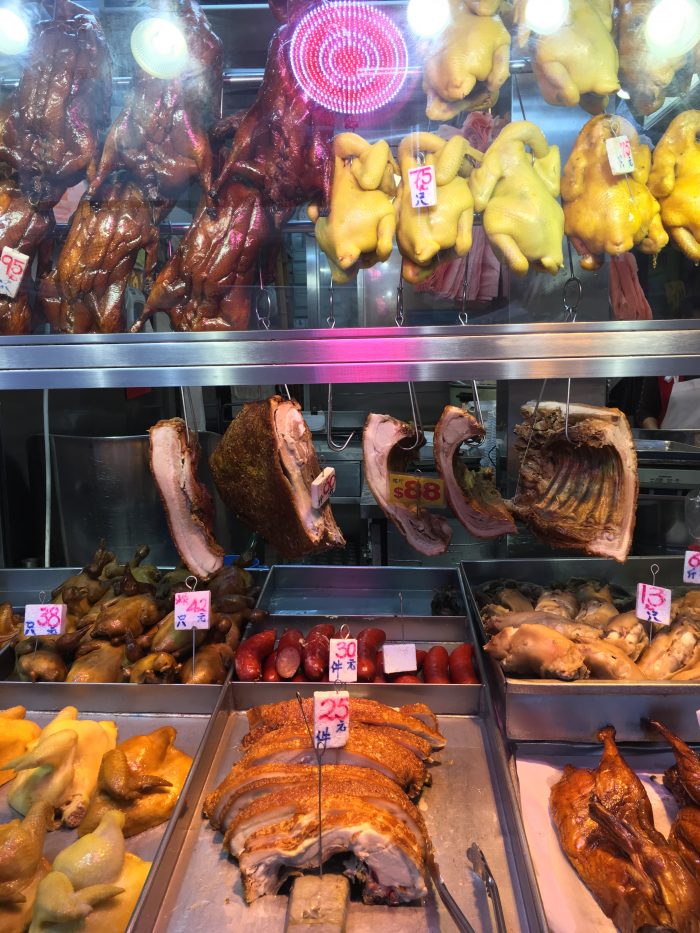 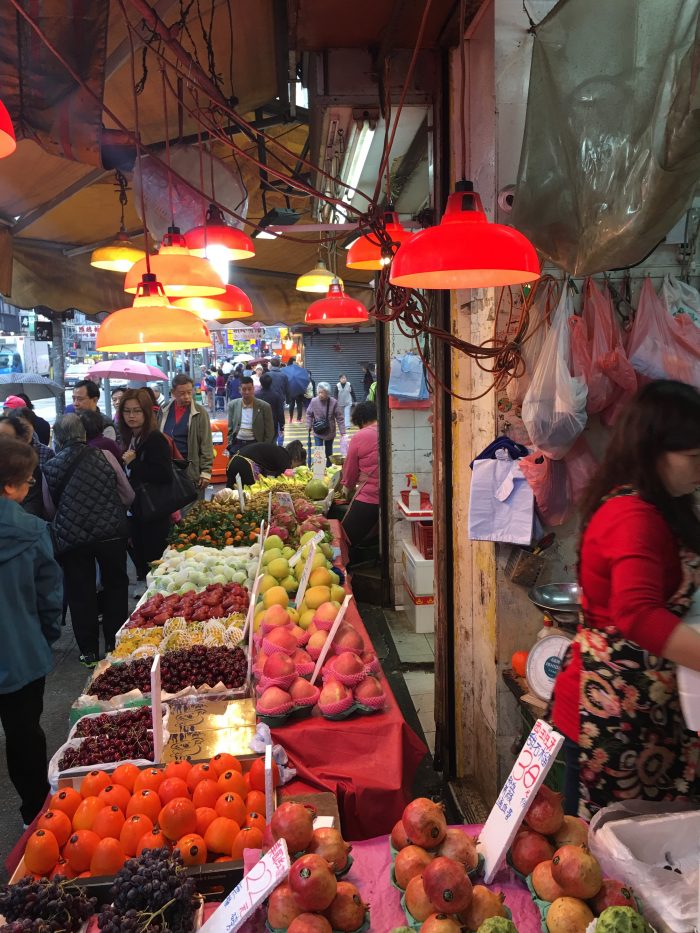 After making my way through a maze of pedestrian bridges & tunnels, I was at my destination. Normally, a shopping center wouldn’t be a landmark I would seek out, but this particular shopping center (Olympian City) is home to one of the most famous dim sum restaurants in Hong Kong, the Michelin-starred Tim Ho Wan. 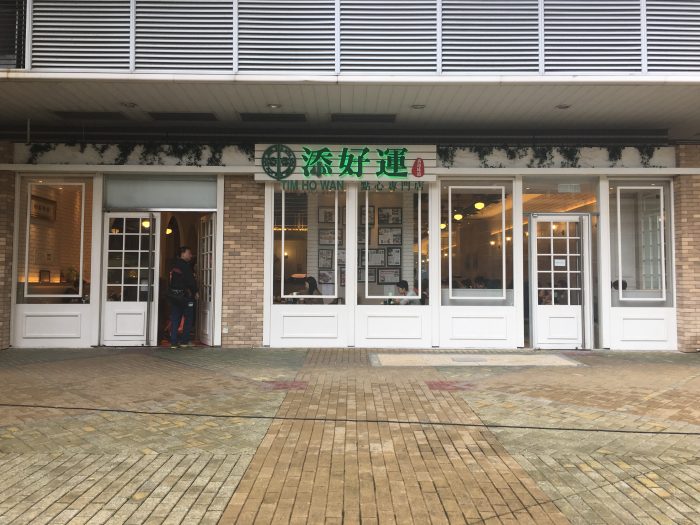 Tim Ho Wan has a few locations around Hong Kong, as well as some foreign outposts as well (including New York City soon!). I went to the Olympian City location because it was closest to my hotel, plus it seemed to be larger & therefore a bit less overcrowded. It’s also somewhat the original restaurant, having moved from the original Kowloon location to Olympian City a few years ago. Tim Ho Wan opens at 10am, and typically has long lines during its busiest hours. However, thanks to it being a grey, rainy Tuesday in early January, I was the first person in line 15 minutes before opening. Within 10 minutes, a bunch of other people arrived, but even then, there were still plenty of open tables.

Unlike some dim sum restaurants in Hong Kong, there were photo menus, as well as English translations. You check off what dim sum you want on the order form, then it’s brought fresh to your table as it is cooked. 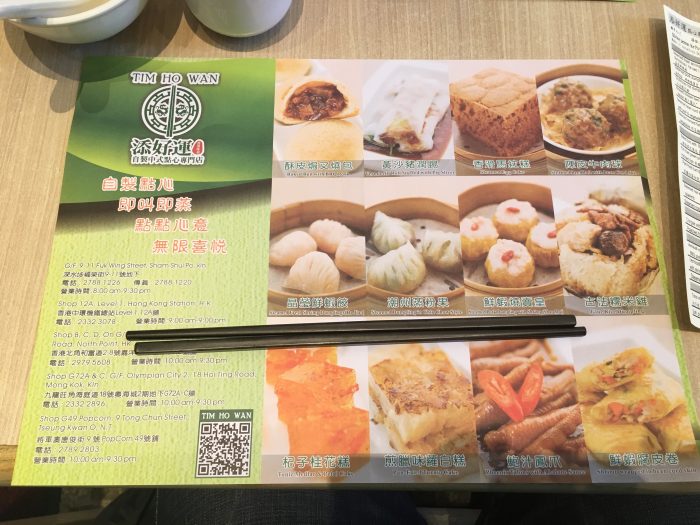 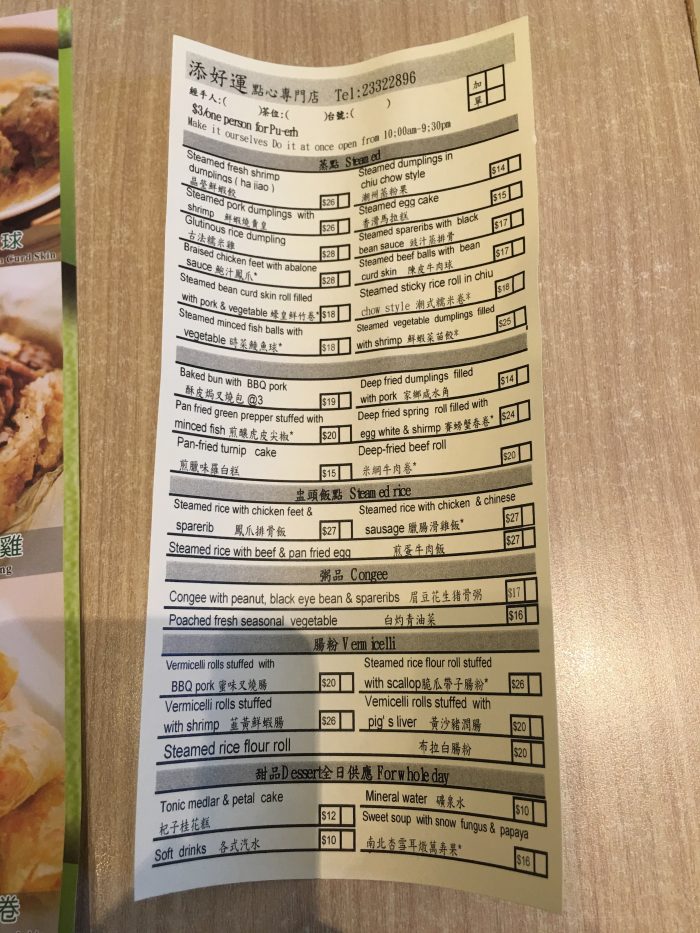 I love dim sum. Living in San Francisco, I’ve had it a lot, but Tim Ho Wan blew my mind. I started with their crispy baked BBQ pork buns, vermicelli roll with BBQ pork, deep fried dumplings filled with pork, prawn dumplings, and steamed egg cake. Everything was delicious. 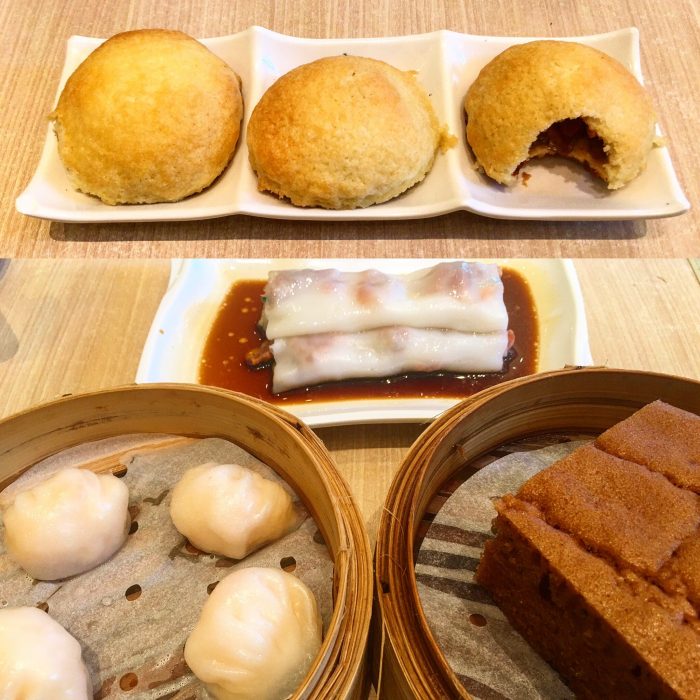 The baked BBQ pork buns were so good that I had to have a second order along with the deep fried dumplings that arrived later. I love baked BBQ pork buns normally, but these were on an entirely different level. They were crispy on the outside, but fresh on the inside, packed with BBQ pork goodness. They’re also known as pineapple buns, due to the texture. I’m writing this some six months later, and I can still remember exactly how Tim Ho Wan’s crispy baked BBQ pork buns taste. 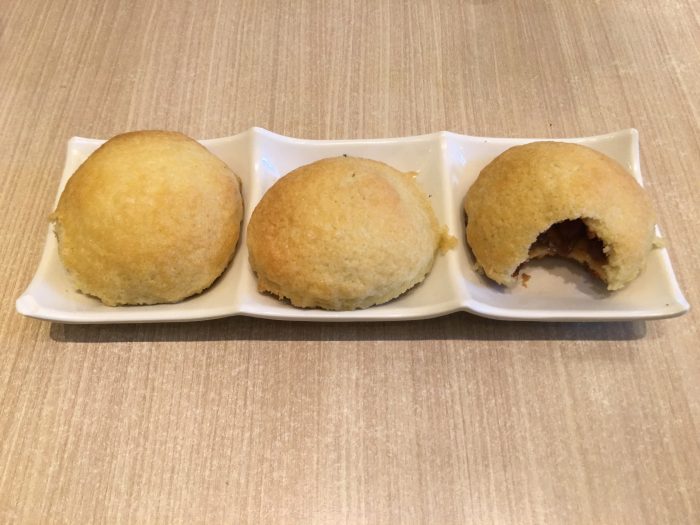 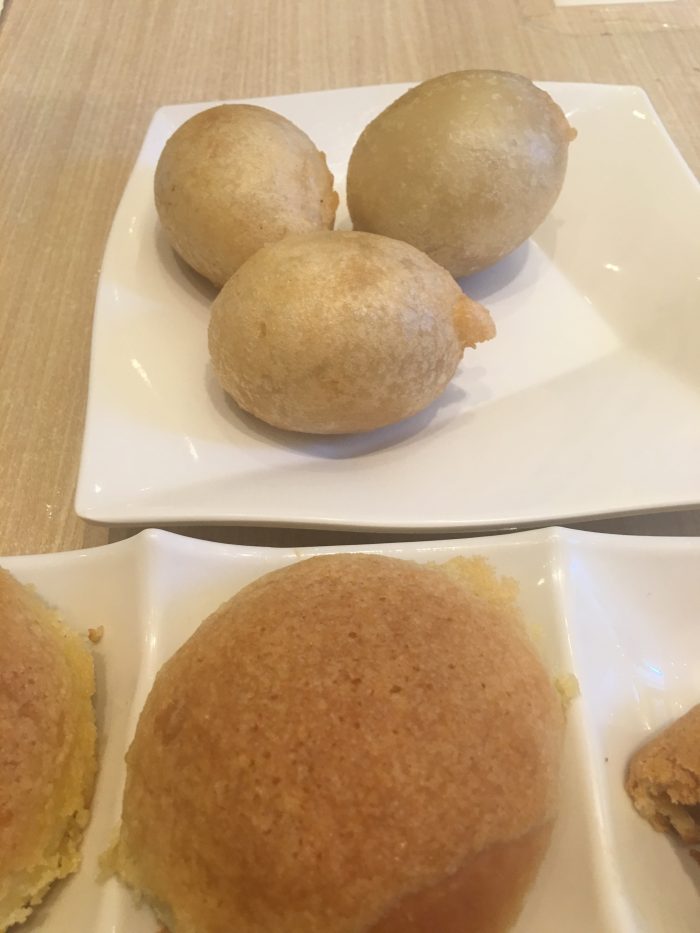 This entire meal cost just 126 HKD, which is around $16 USD. It’s the cheapest Michelin star restaurant in the world. It’s no wonder why people line up for Tim Ho Wan’s dim sum because I’d consider flying back to Hong Kong just for the baked pork buns alone.