Sedona, Arizona is one of the most picturesque places in the world. Sedona is everything from a New Age spiritual destination to an outdoors wonderland to a high-end food paradise. Its red rocks are wonderful for hiking, and thanks to its elevation, it can be a nice place to cool off a little bit from the sweltering heat of Phoenix. Whether you’ve spent the day out hiking, relaxing at a spa, or visiting vortexes, there’s nothing better than a cold beer afterward. Thankfully, there are a few great places for craft beer in Sedona, including a couple of breweries, plus beer bars & restaurants.

The best breweries in Sedona

Sedona Beer Company has been in operation since 2016. Owners Kali and Mac have focused on building a brewery in uptown Sedona that is truly independent and local. Whenever possible, they brew with ingredients from the Verde Valley. Their base malt comes from the local Hauser family. It’s then malted by Camp Verde’s Sinagua Malt, with proceeds benefiting conservation of the Verde River. It’s through this cycle that brewing can be local while also working to ensure resources for generations to come. 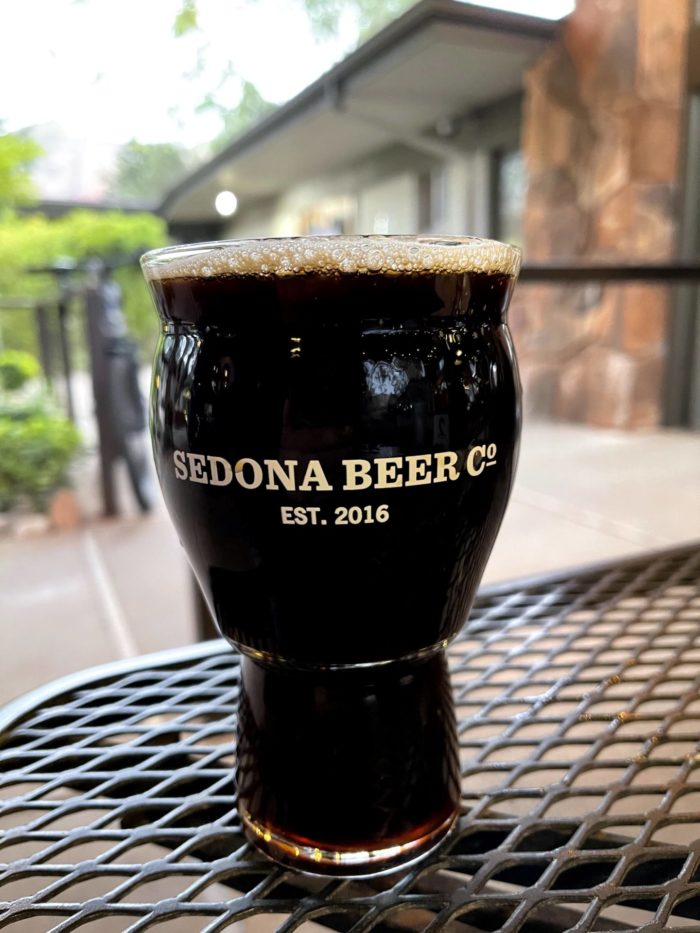 The brewery features 12 frequently rotating taps that also include a few guest selections. I especially enjoyed how the tap list was diverse and not just an IPA fest. While I did have an IPA, the “…What You Need” is French IPA, so it’s certainly different. They also have wine, cider, mead, and kombucha available.

The food menu has typical standards like burgers & bar food, but house specialties like the chorizo mac & cheese are standouts. 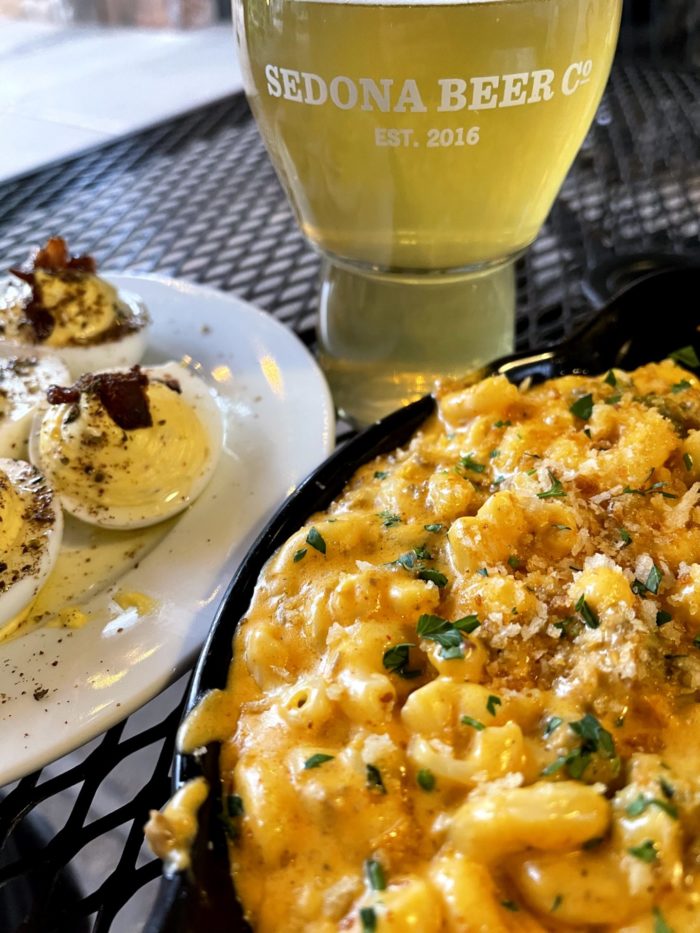 Thanks to being in a quieter area of town, the dog friendly patio with abundant red rock views is a relaxing place, a bit away from the tourist hordes. 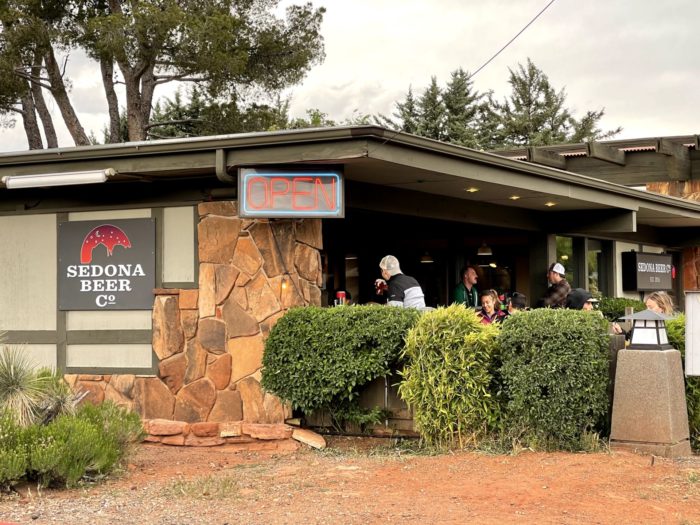 Sedona’s oldest craft brewery is Oak Creek Brewing Company, which has been in operation since 1995. Oak Creek’s Nut Brown Ale, their best known beer, can be found all over Arizona.

Oak Creek has two locations. The main production brewery with a beer garden is in West Sedona, while the Oak Creek Brewery And Grill is centrally located in the popular art, shopping, & dining area called Tlaquepaque. As you might expect, that puts it firmly in the category of touristy. 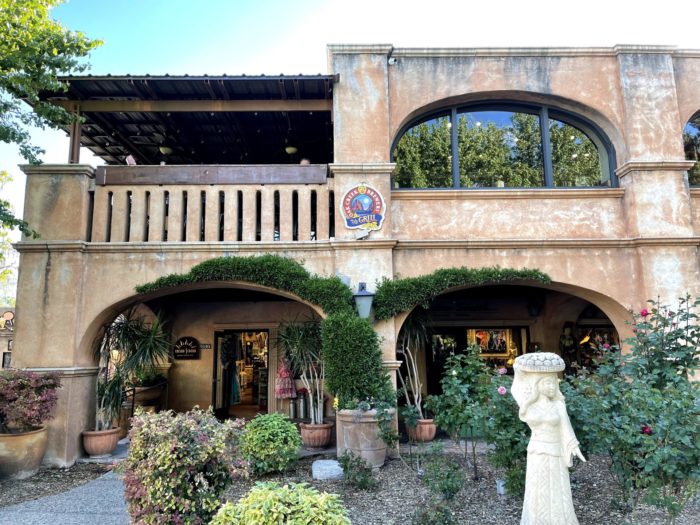 If you’re visiting for the first time, the Seven Dwarves sampler flight is the way to go. It includes all 7 of Oak Creek’s core beers in 4oz pours, including the aforementioned Nut Brown. 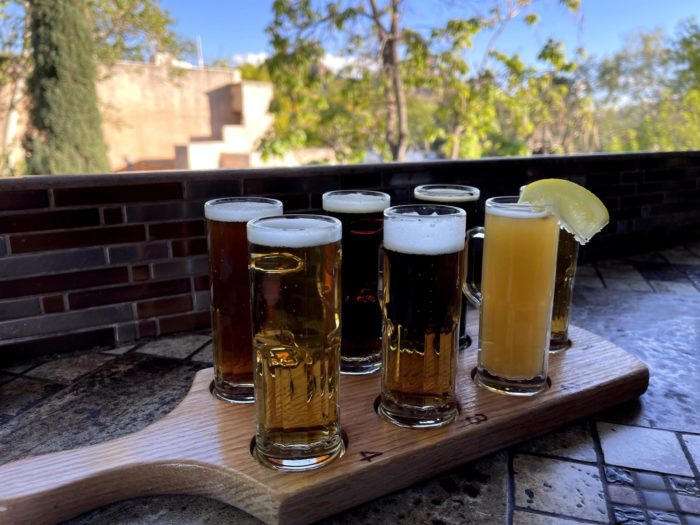 One note: If you’re visiting the Tlaquepaque taproom, you will likely need to order food along with your beer. This was the case when I visited, even though the brewpub was half empty. While it may have been a temporary requirement, plenty of other online reviews mention that same thing. It’s unfortunate when a brewery doesn’t put beer first & insists on food orders but that said, the beer cheese pretzels are nice & fresh and make for a nice snack when you’re sampling the Seven Dwarves. Just go a bit hungry. 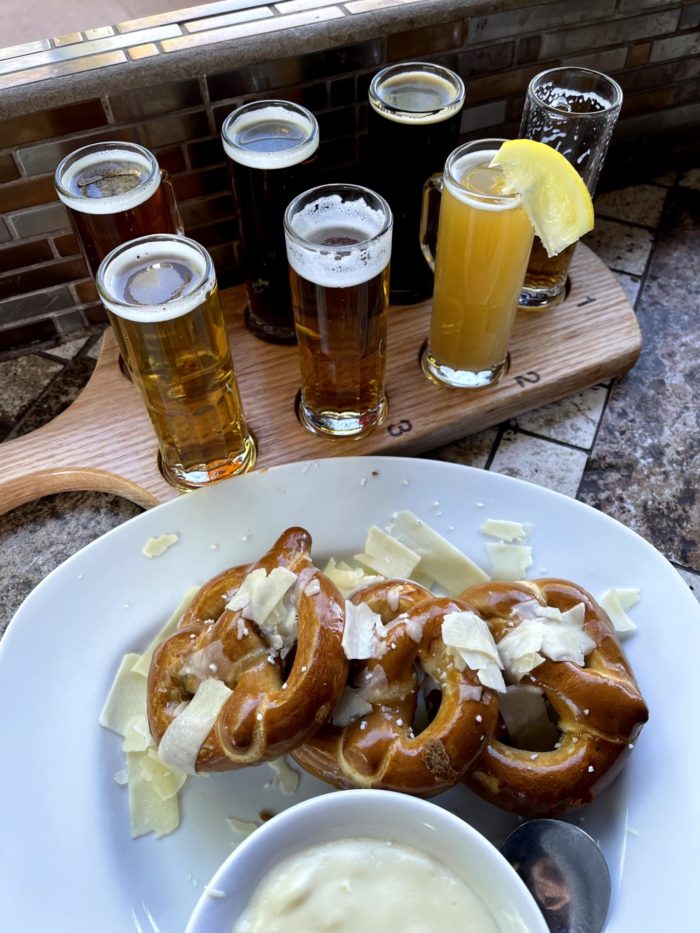 The best beer bars in Sedona

A lot of Sedona tends to be upscale and/or catering to tourists. Mooney’s Irish Pub has none of that pretension. It’s very much a local bar, with a crowd ranging from bikers to long-haired stoners and hikers. Visitors are also welcome, of course. 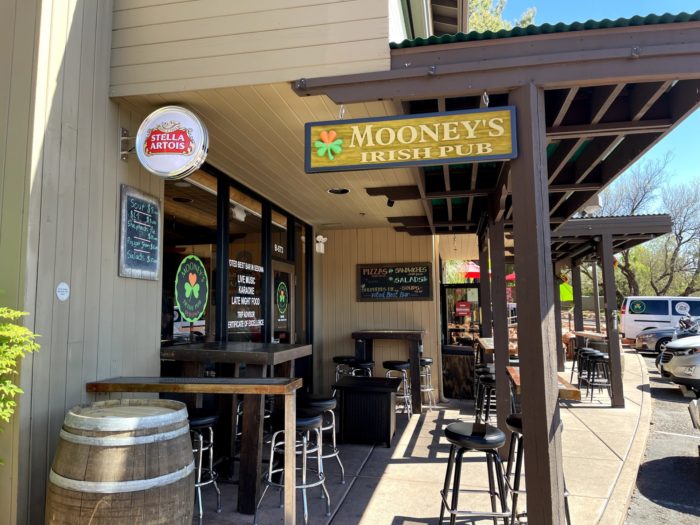 In addition to a couple of house draft beers, there’s a fridge with a couple dozen craft cans and bottles from local Arizona breweries. They also have cider & mead. 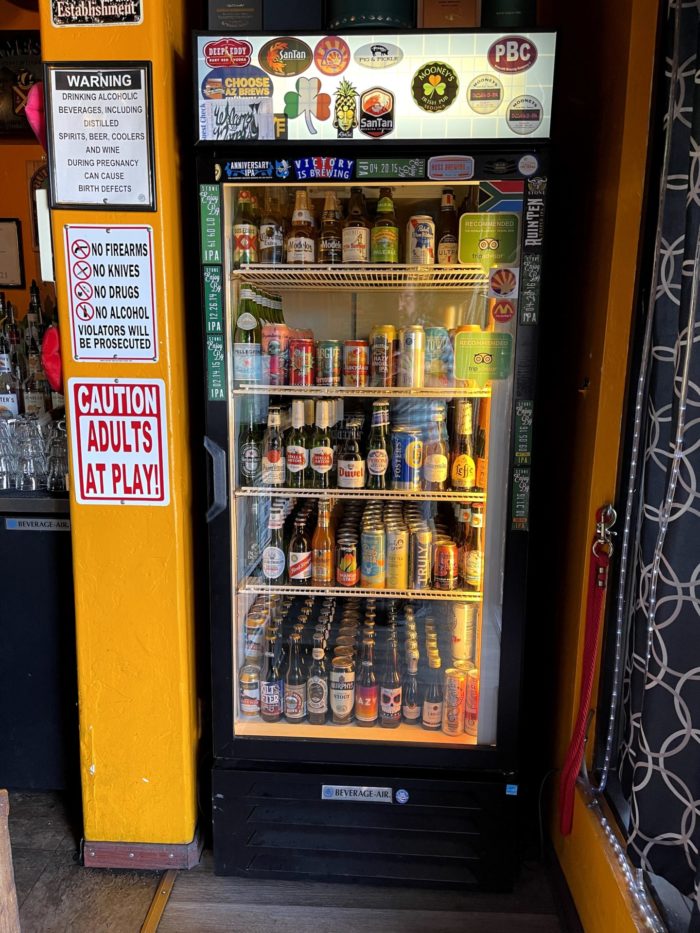 With live music & karaoke, nights are lively, or stop in during the day for a relaxing drink. There’s also full Irish bar menu, plus a food truck next door. 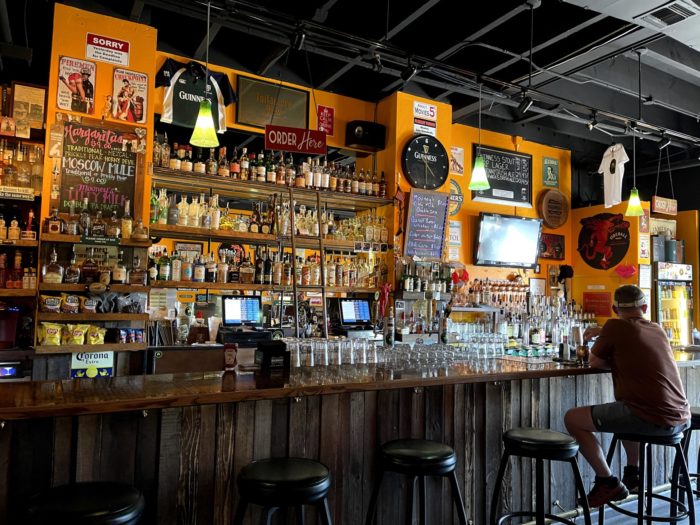 The best restaurants with good craft beer in Sedona

Shorebird opened in Sedona in early 2021 as an outpost of a SoCal-based restaurant. Their menu specializes in sushi & other seafood, but they also do excellent brunches. The patio has wonderful red rock views.

As far as craft beer goes, they have 6 taps, plus a cider tap and a hard kombucha tap.

Elote Cafe is one of the best known restaurants in Sedona. Chef & James Beard Award nominee Jeff Smedstad has been sharing his love of Mexican & Southwestern cuisine at Elote Cafe for years. Favorite dishes include the tender buffalo mole poblano, smoked pork cheeks, and really anything else on the menu, but be sure to save room for the decadent Mexican chocolate pie.

The beer selection at Elote Cafe is small, but it includes one of my favorite craft beers in Arizona, Church Music from The Shop in Tempe. That, plus the fact that it just might be the best restaurant in Sedona, earns a place on my list.

You’ll find other local beers from Phoenix, Flagstaff, and Central Arizona breweries scattered at a bunch of other bars & restaurants in Sedona, but these are the places that stand out as having particularly good craft beer.

If you’ve spotted any other great places for beer in Sedona, let me know in the comments!

Here are some great Sedona tours & other things to see & do in Sedona.

If you’re looking for a place to crash after drinking beer in Sedona, check out these Sedona hotels.