Nelson is the epicenter of one of New Zealand’s core industries (well, at least in the eyes of any beer fan): hop growing. Nelson and the surrounding towns have lent their names to several hop varieties, including Nelson Sauvin, Motueka, Riwaka, and Wakatu. As such, I figured that the area would also have an amazing craft beer scene. After all, they do call themselves the Craft Brewing Capital of New Zealand. Well… after having travelled to Wellington right after, which had one of the best craft beer scenes I’ve ever encountered in a small city, I think Wellington should get that name instead. That’s not to say that there isn’t some good craft beer in Nelson, but the title they have given themselves is a just a bit of stretch. Here is my guide to the best places to drink craft beer in Nelson, New Zealand. 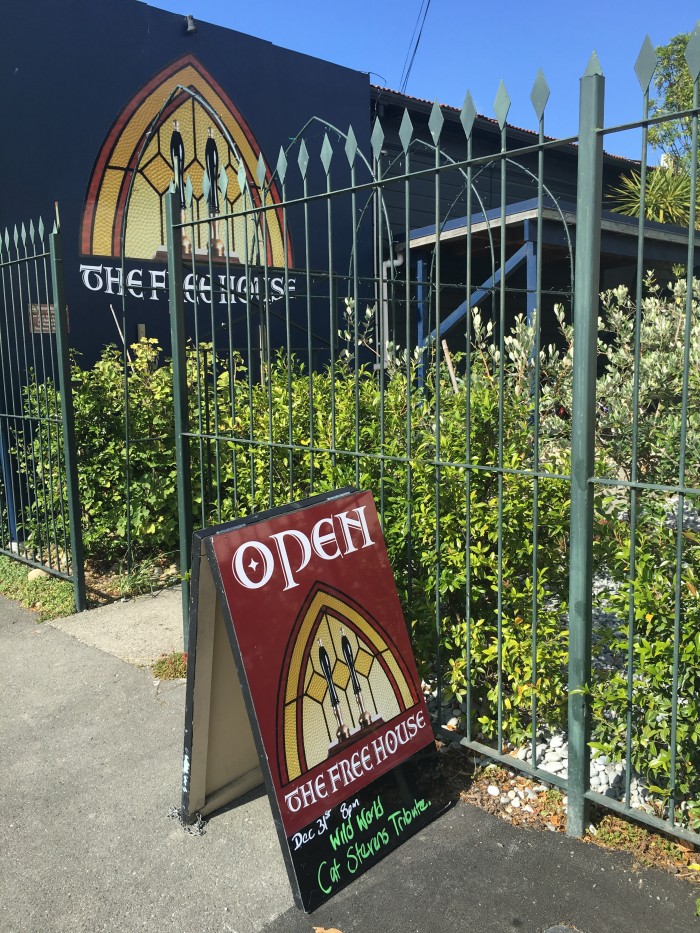 Let’s start with my runaway favorite craft beer bar in Nelson, The Free House. It was closed for Boxing Day on my first night there, but it was open on the second, and I was glad it was. This place has almost everything I look for in a good beer bar. 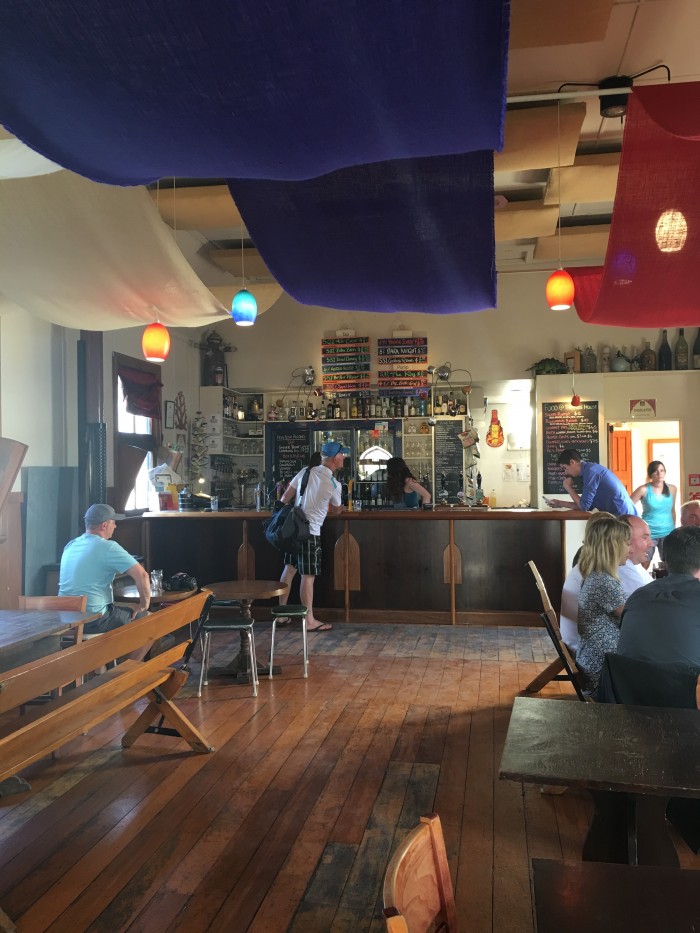 As you’d expect by the name, The Free House has a selection of rotating taps of beers from all over New Zealand since they aren’t tied to any one brewery. While there are only 10 taps and 3 pumps, it feels like the selection is even bigger due to how frequently different beers are tapped. On a busy day like when I was there, you might find two or three new selections added while you’re drinking. 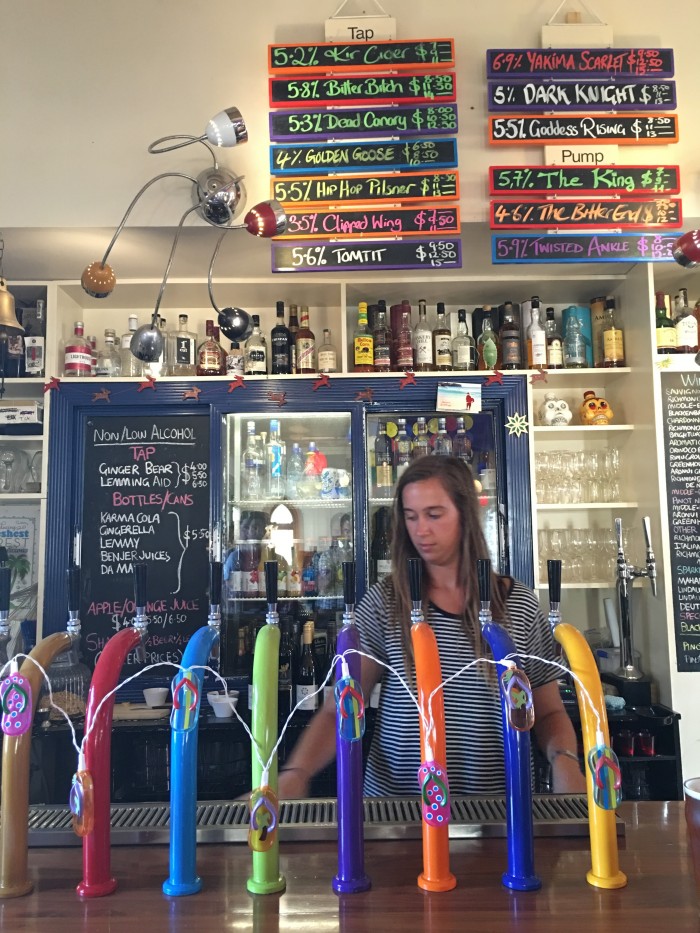 There’s a huge outside yard with lots of places to sit, plus a tent, or you can also sit inside. Inside or out, the vibe is laid-back. 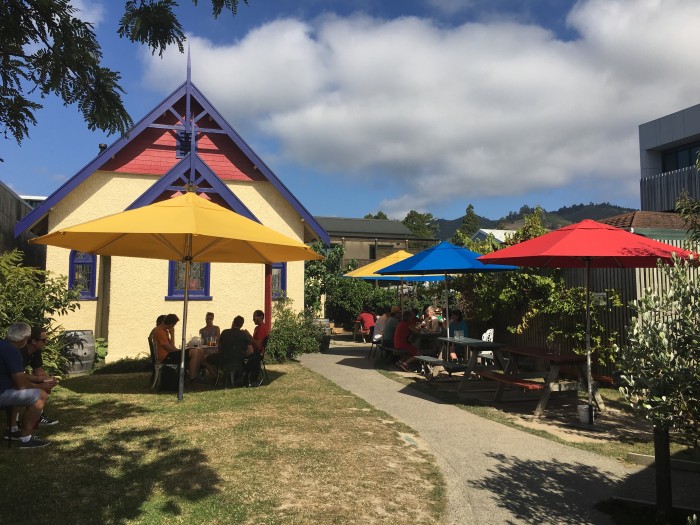 Their snacks are tasty & well-priced. This salami & cheese plate was just $12 NZD. 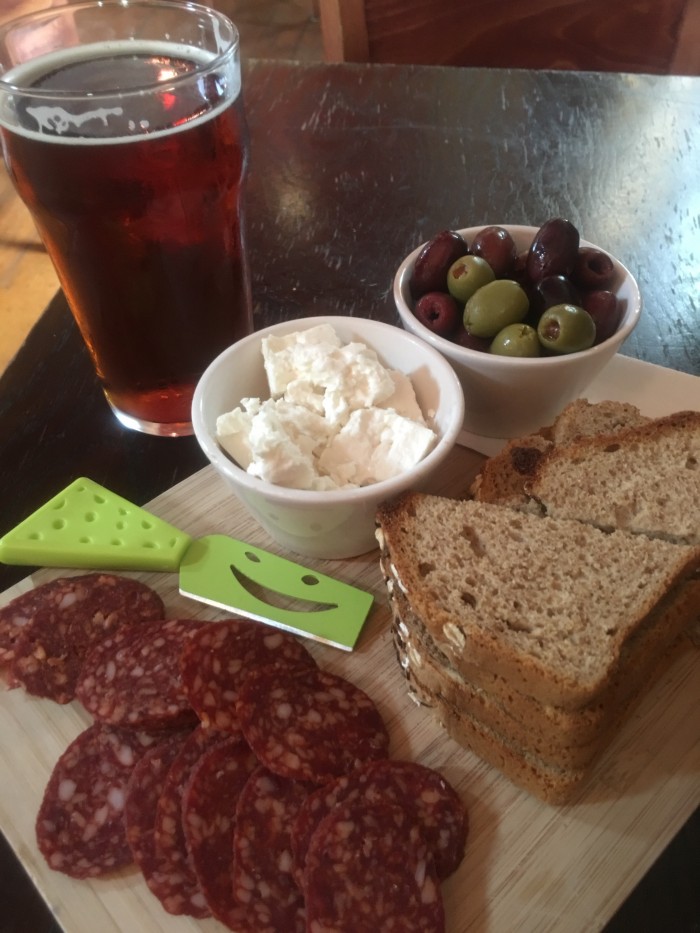 Thanks to their selection & dedication to serving the best beer, The Free House should be at the top of your list when visiting Nelson.

Sprig & Fern is a brewery with several locations around New Zealand, though their headquarters & brewery is located near Nelson. There were two Sprig & Fern pubs in central Nelson, plus several more in the surrounding towns. On Boxing Day, it was one of the few open places. As a result, it was packed, but I dealt with it. 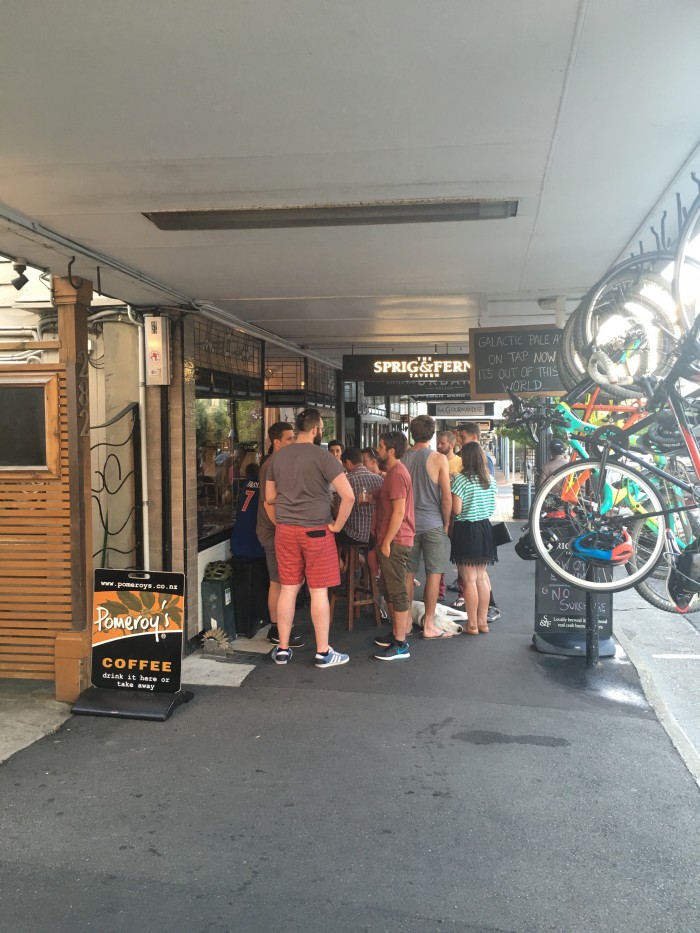 I managed to find a place to sit and drink and eat that was nowhere near the back patio. Although the patio looked nice, it had a live band playing Incubus & Everclear covers, so it wasn’t the most relaxing spot to sit. Again, New Zealand didn’t disappoint with its love of 90s music. 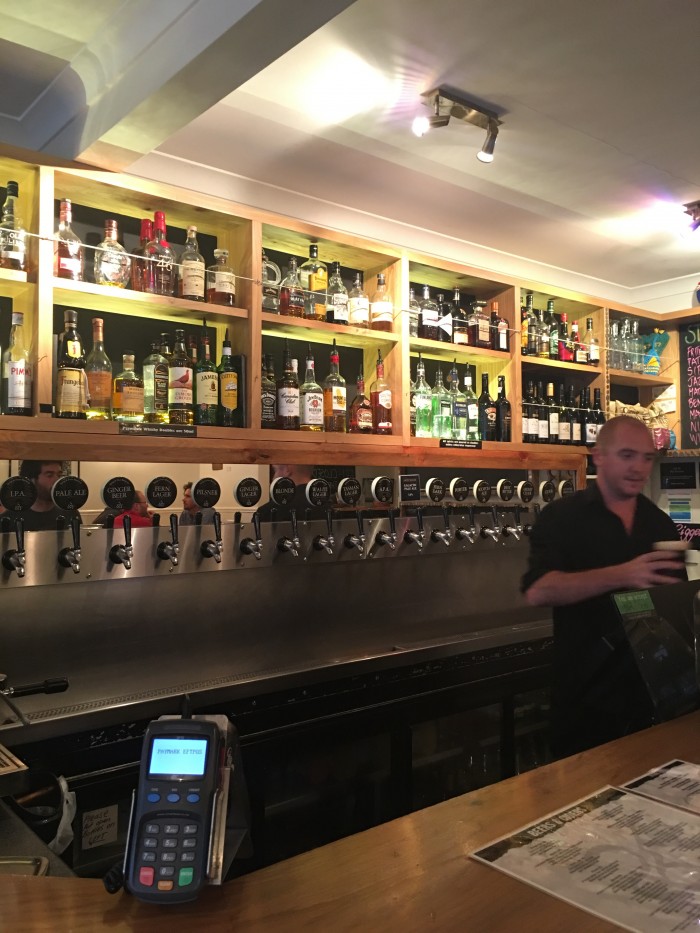 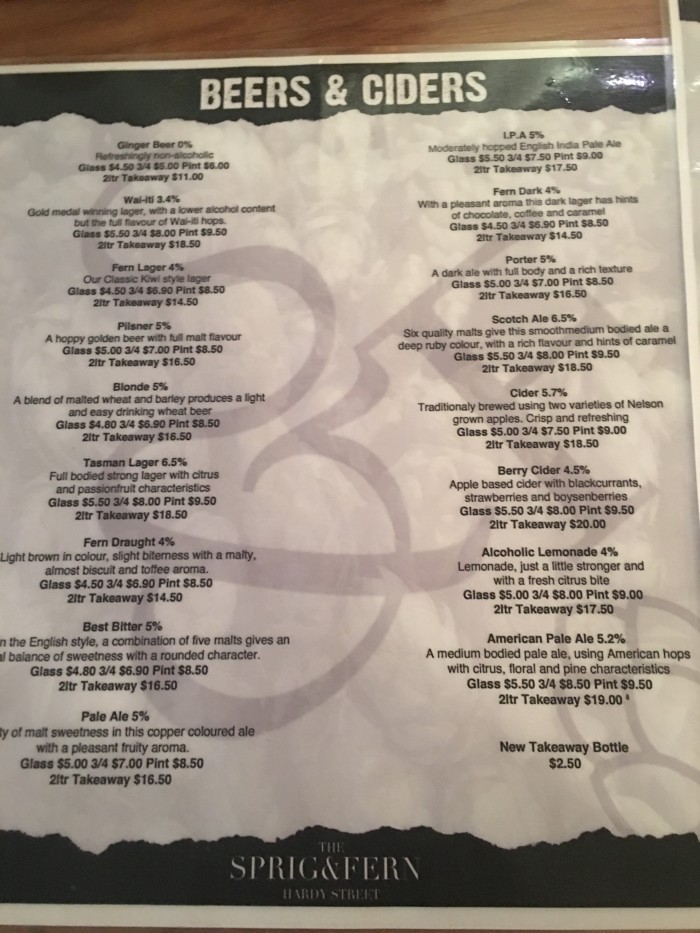 The beef, beer, and cheese pie I had was excellent, and the beer was decent. I had a flight of six beers including their IPA, Pale, Galactic Pale, Fern Dark, Porter, and American Pale. Since they brew their own beer, there are no guest taps. 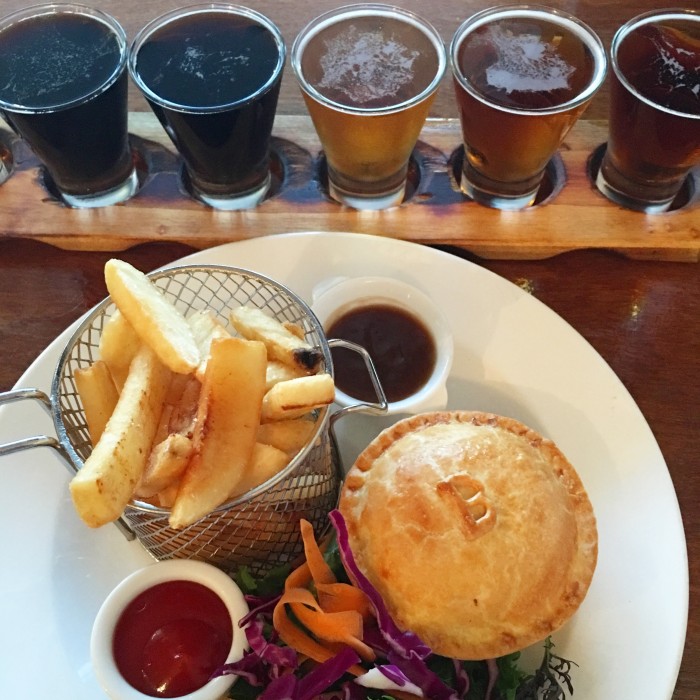 Mac’s The Vic is part of a chain run by the brewery Mac’s. I went there after I had exhausted the beer options at Sprig & Fern. It was a huge space, with lots of inside seating options, plus a huge outside patio. 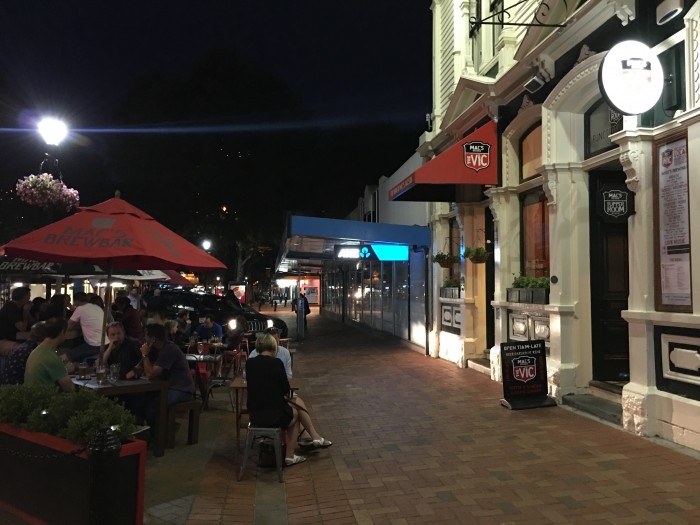 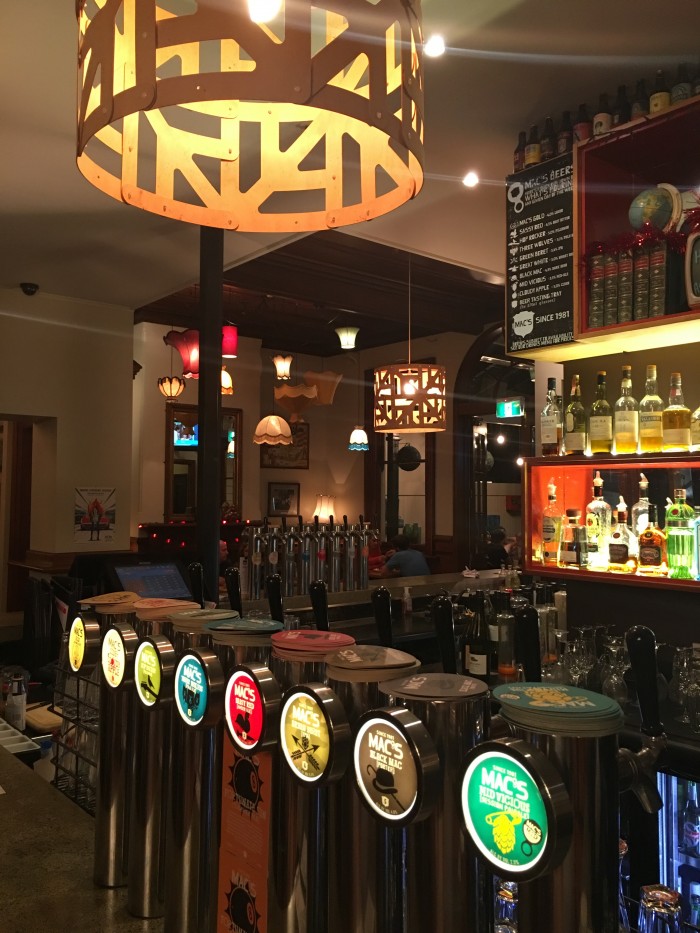 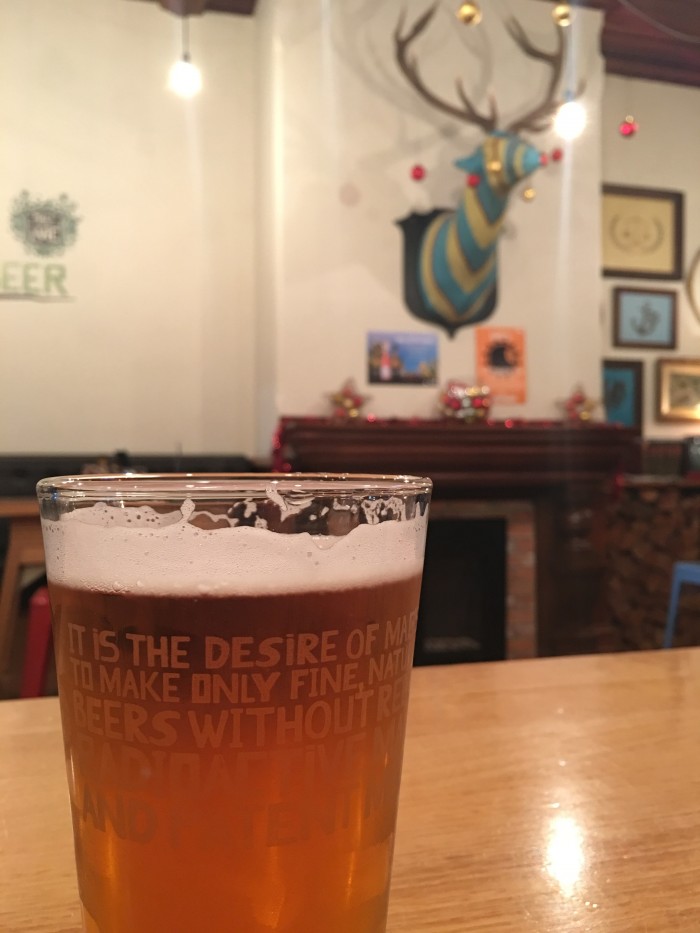 There was a large selection of beers, but like Sprig & Fern, they only offered their own.

Here are a few notes about additional places I wasn’t able to try:

Aside from the wine & beer tour I took around the Nelson area, I only visited bars within walking distance of central Nelson. Further away in Tahuna is The Bel-Aire Tavern, which looks like an excellent spot with a great beer selection featuring 27 taps, many of which are local.

The Urban Oyster Bar & Eatery features beer from the local Golden Bear Brewery, but it was closed for the holidays when I was there, so I couldn’t visit.

There is a beer & hops museum on the grounds of Founders Heritage Park, but it was closed as well.

Overall, the craft beer scene in Nelson was smaller than I expected based on their marketing & hop reputation. There are 11 breweries in the area, though they are spread out. While there is a “craft beer trail” to follow, it’s not the sort of trail where you can do an easy walking or bike crawl in a day and get to everything. I searched on Untappd & Ratebeer to try and find other bars with a similarly varied selection to The Free House, but the vast majority of bars in Nelson are either owned by specific breweries or aren’t beer focused. Bars owned by breweries are of course fine, but in my opinion Nelson needs more pubs like The Free House and The Bel-Aire Tavern if it truly wants to be a craft beer capital in addition to being the hop growing capital of New Zealand.

The good news is this is starting to happen. While I was finalizing this post, I noticed a new craft beer bar & shop in Nelson called Craft Beer Depot that just opened in May 2016. It looks like a great addition to the area, so hopefully the Nelson beer scene will continue to grow.

Spotted any new beer spots in Nelson? Let me know in the comments!