Pittsburgh International Airport is currently going through a transition. It was once a busy hub of US Airways, but a series of shifts & mergers resulted in the airline leaving Pittsburgh behind. Passenger numbers are half of what they once were, but the decline has leveled off, and with the addition of discount carriers and new international routes, the airport is looking forward to the future. One area that the airport lacks is airline lounge access. There is an American Airlines Admirals Club, but nothing for other passengers. This is all changing. In Summer 2017, airline lounge chain The Club opened a temporary location in Pittsburgh. A more permanent lounge location is expected to open in the coming months. 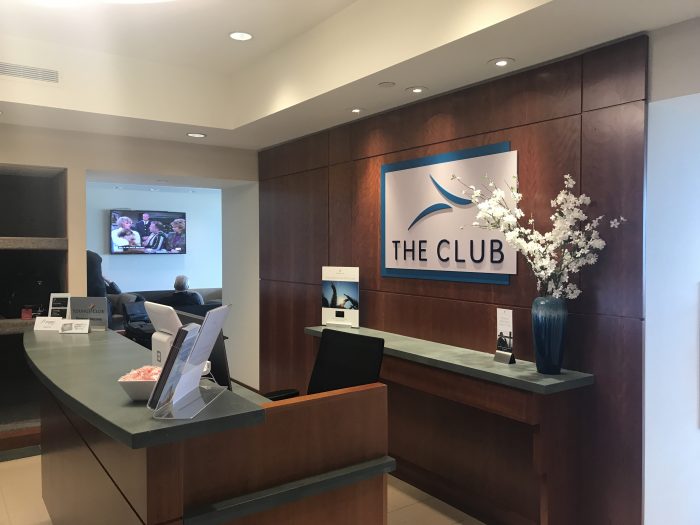 The Club Pittsburgh PIT Temporary Location is located in Terminal C, near gates 54-56. It can be easily accessed from all of the terminals, as there is a central atrium & it’s not a huge building. Access can be purchased on a per-visit basis, but it is also included as part of Priority Pass. 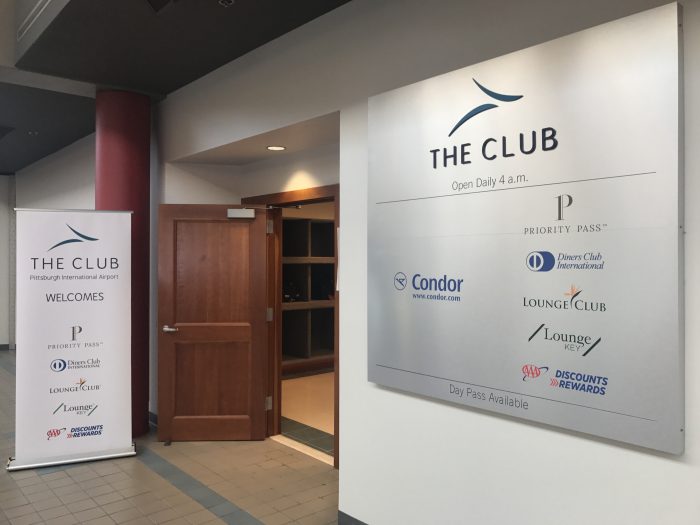 The lounge is on the small side, and despite having only opened a month or two before, word had gotten out. By the time I left, about two-thirds of the seats were taken. The seats are packed together as well, so it’s a bit claustrophobic. A couple of tables were available in a small room. There were very few power outlets, but being a temporary lounge, I can let this slide. Hopefully the permanent location will have more. It was also warm, thanks to the long wall of the lounge being filled with windows. It did make for good light & views of the tarmac. 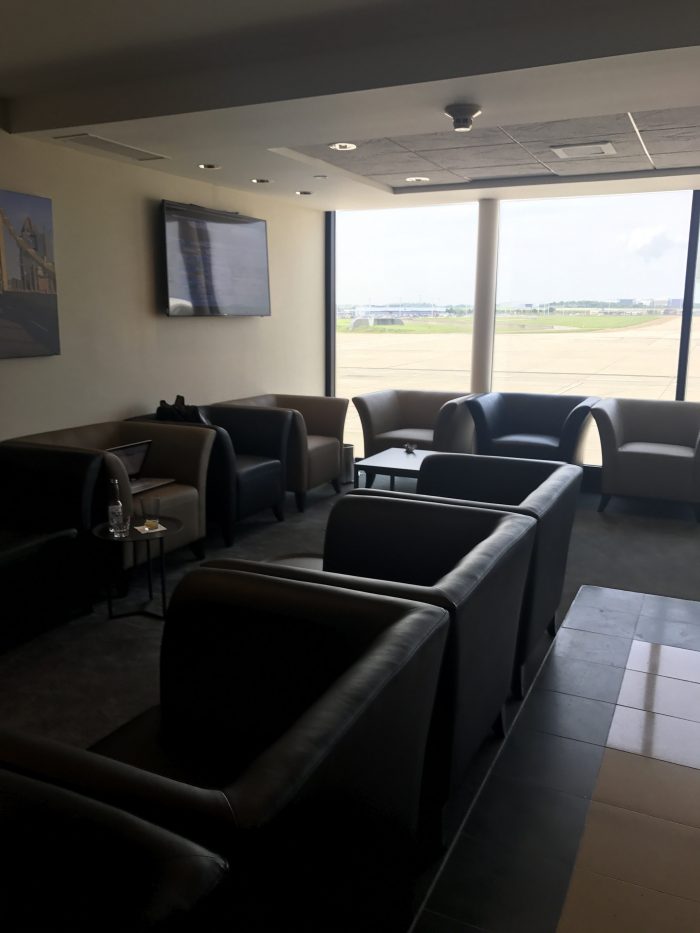 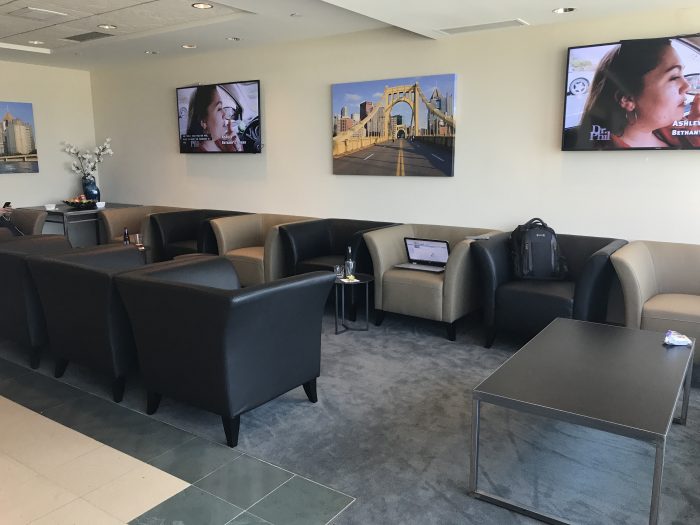 As for food, there was a typical lounge offering of mini sandwiches, soup, pasta salad, cheese, fruit, veggies, and hummus. 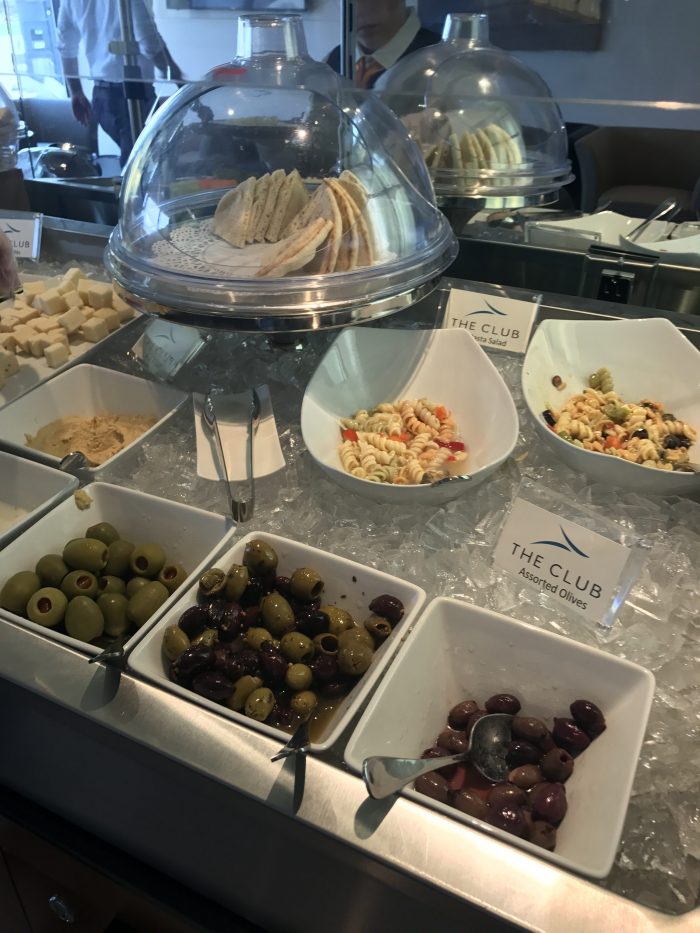 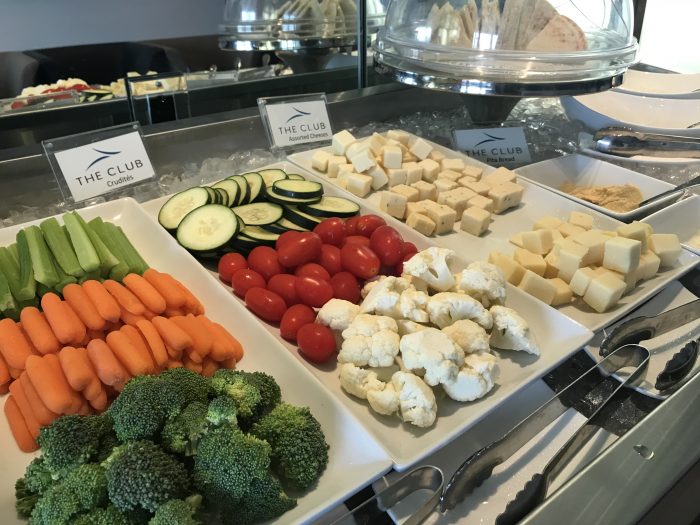 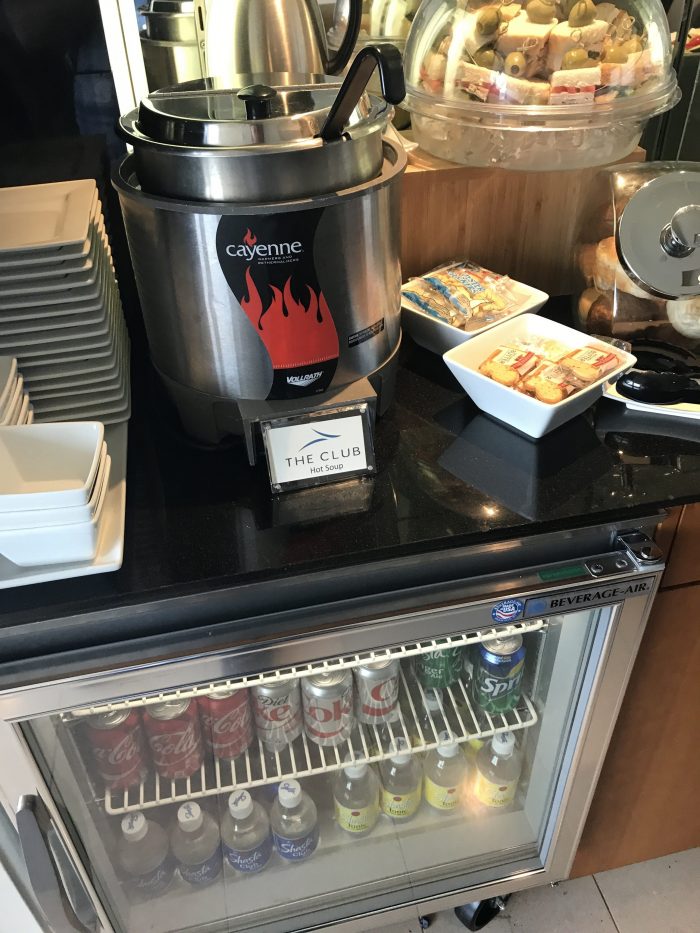 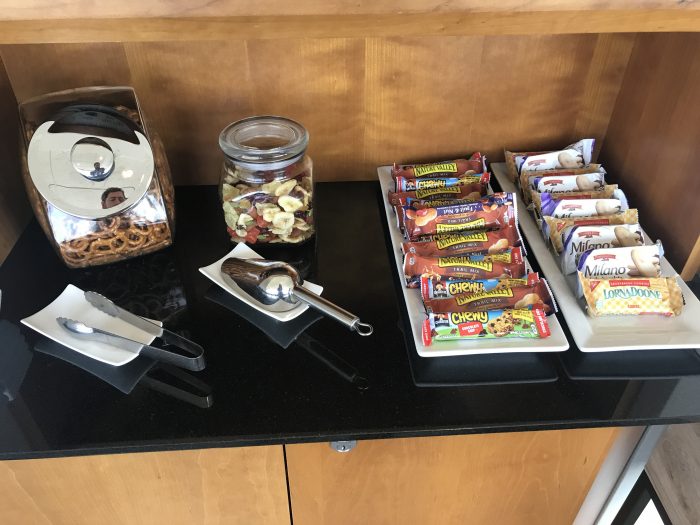 There was also a popcorn bar. 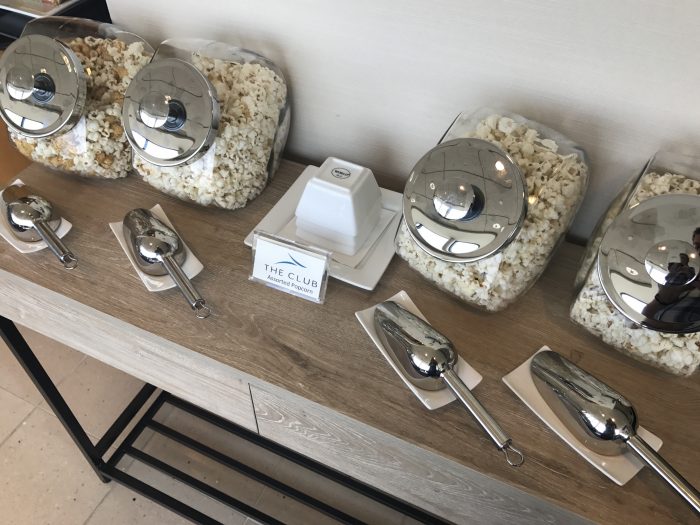 As for drinks, they were not available for self-serve, but instead had to be ordered from staff. The beer selection needs improvement, as it consisted only of macros and local Yuengling.

The permanent location of The Club in Pittsburgh is expected to open in Fall 2017. It wasn’t necessary for them to even open The Club Pittsburgh PIT Temporary Location, but it’s nice that they did. Here’s a plan of what the new lounge will look like. 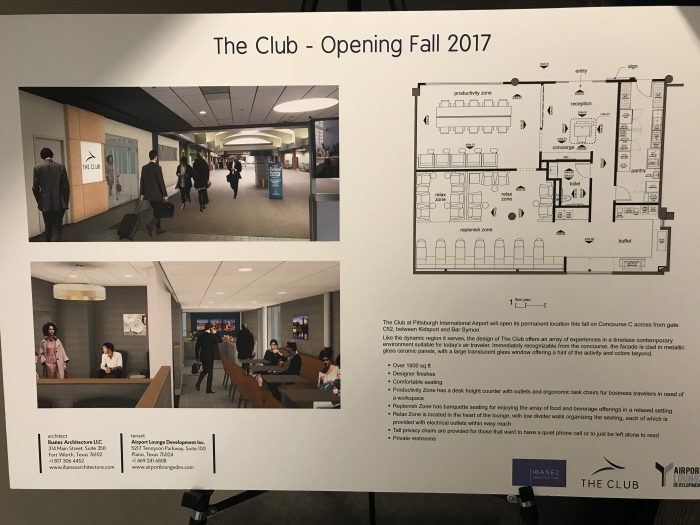 While there is certainly plenty of room for improvement, a larger lounge will address many of the issues with the temporary location. A lounge that is available to all passengers regardless of airline is a welcome addition to Pittsburgh.