There’s nothing like getting off a 14.5 hour flight across the Pacific Ocean and then having to race quickly to make a connecting flight. After my flight from Los Angeles to Hong Kong, that’s just what I had to do.

After landing, I was one of the first people off the plane thanks to being in the mini-business class section. Even then, it was a struggle, thanks to not having moved a whole lot other than short walks for the previous day, plus it was easily my normal bedtime by this point.

While I was only transiting through HKG, it seemed like our flight from LAX had arrived somewhere in mainland China. I walked, and walked, and walked, and if I recall, a bus or train may have been involved at some point? My usual notes are lacking, but suffice to say it was quite the trek.

Once I made it into the main part of the terminal, I then had to walk the length of it, finally arriving at my connecting gate just 10 minutes before boarding began .So much for me visiting Cathay Pacific’s The Wing Business Lounge, which happened to be right across from my gate, during my layover. 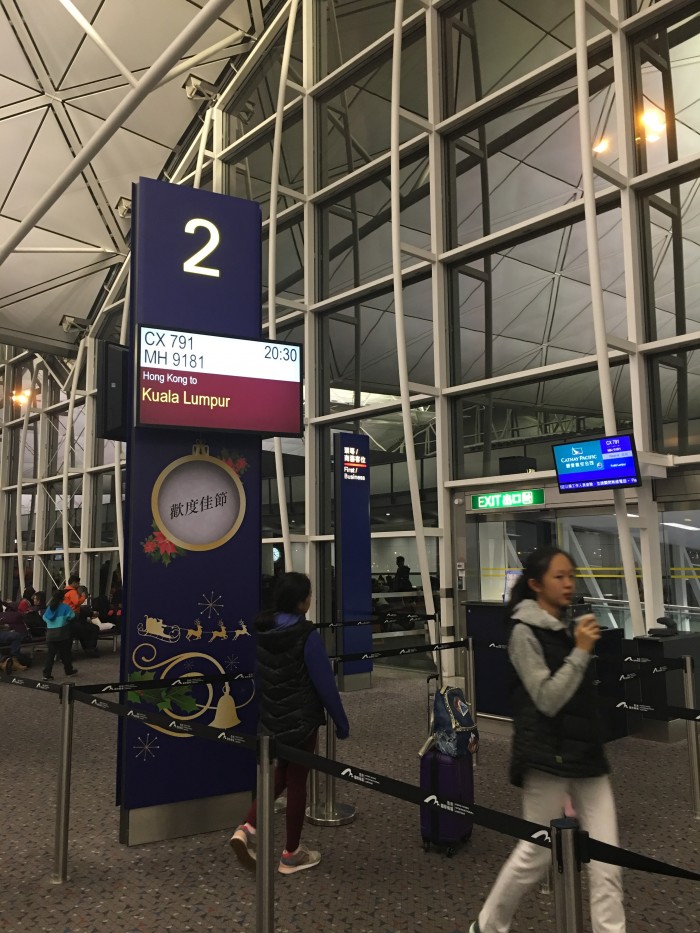 Perhaps it was because of the upcoming holiday period, but the flight to Kuala Lumpur was filled with kids. I’ve never been to Orlando before, but I’ve heard horror stories about some of those flights, and I imagine this was the same. Even the business class cabin had lots of children in it. I wouldn’t have cared, but one in the row behind me played some kind of computer game with the sound on for the entire flight.

The travelers who weren’t children weren’t much better passengers. It seemed like half of the cabin was occupied by people who had tuberculosis & wouldn’t stop coughing.

The Cathay Pacific regional business class cabin on the Airbus A330 is in a 2-2-2 configuration. The seats are the same ones as when I flew in from Hong Kong to Tokyo the previous year, though that was on a Boeing 777-300. The rows are staggered a bit, which helps it seem a bit less crowded. I thought I was going to get lucky and have nobody next to me, but just my luck, literally the last person to board the flight was the woman sitting next to me. 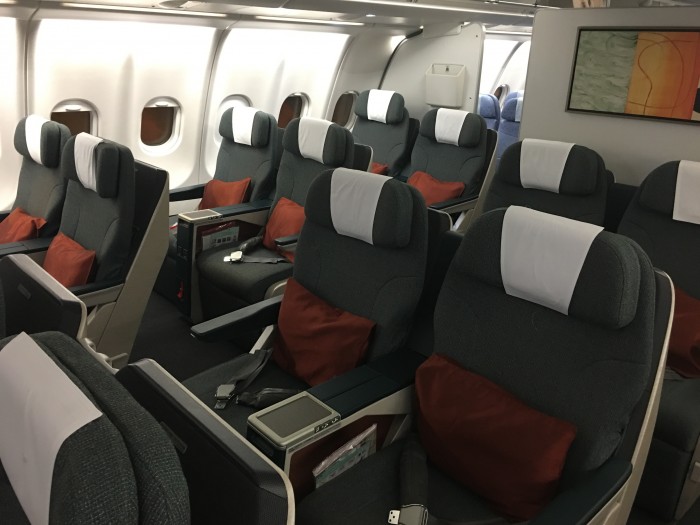 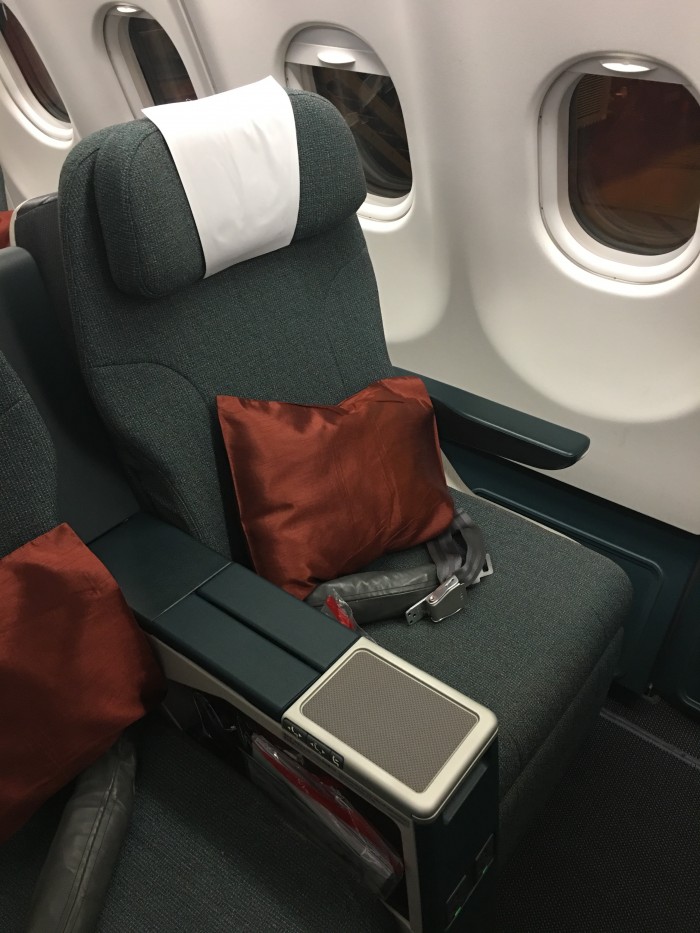 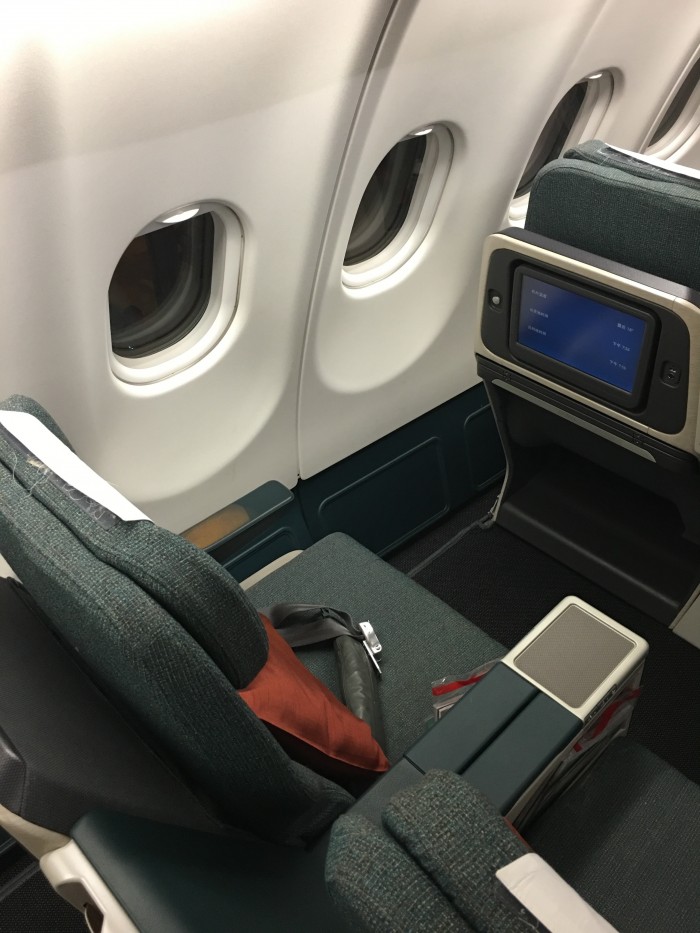 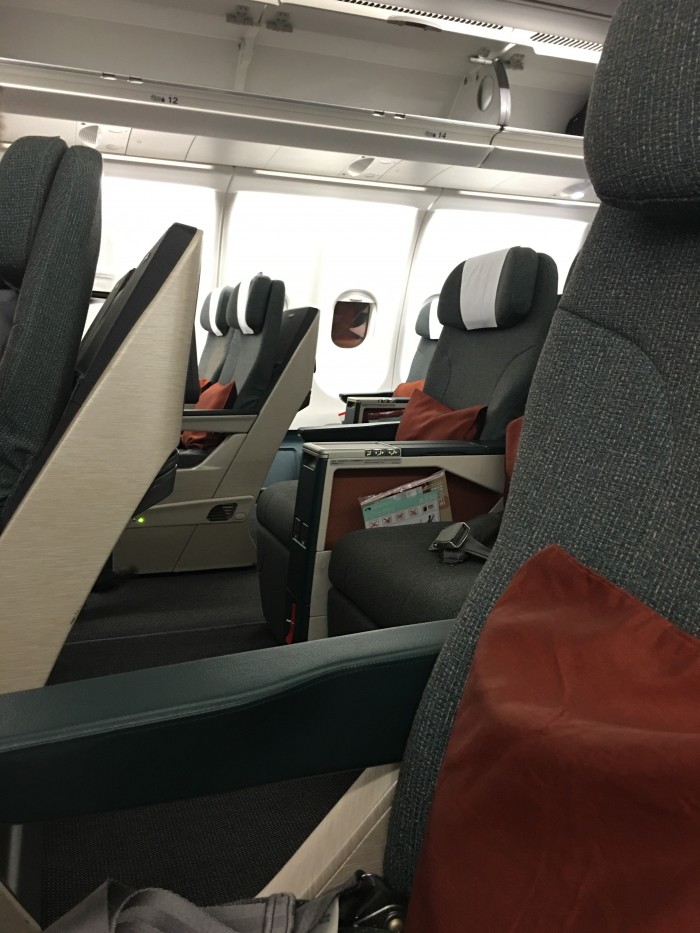 Normally that’s not an issue when the business class seats like these have lots of room for everyone. However, for some inexplicable reason, this woman thought the entire center space was hers, and kept moving things onto my arm. 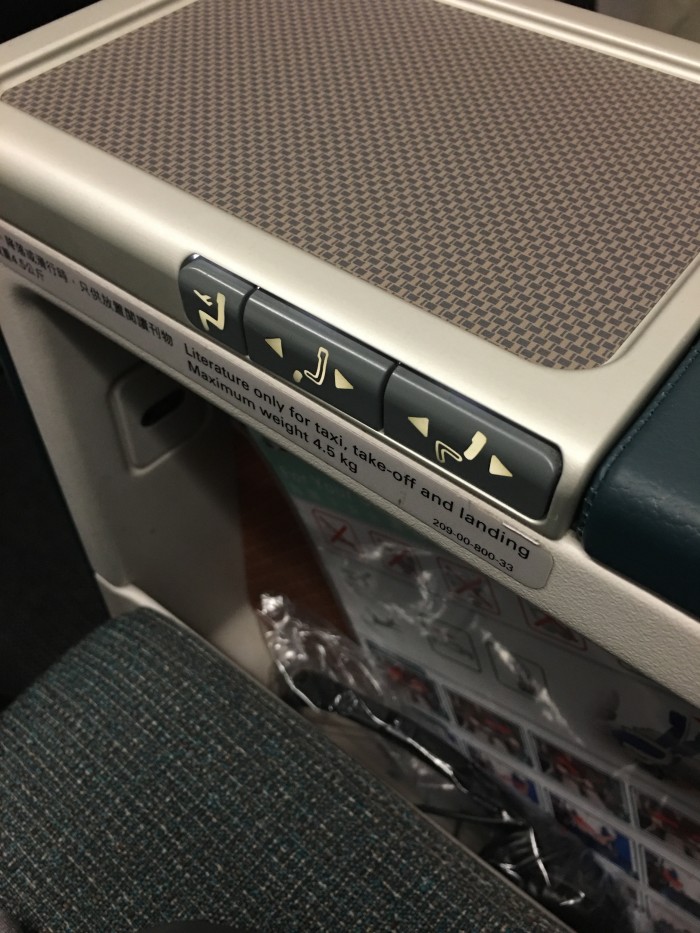 Since I’d been eating on my last flight from Los Angeles, and it was past my bed time, I skipped the meal service. Here is the dinner menu that I could have had. 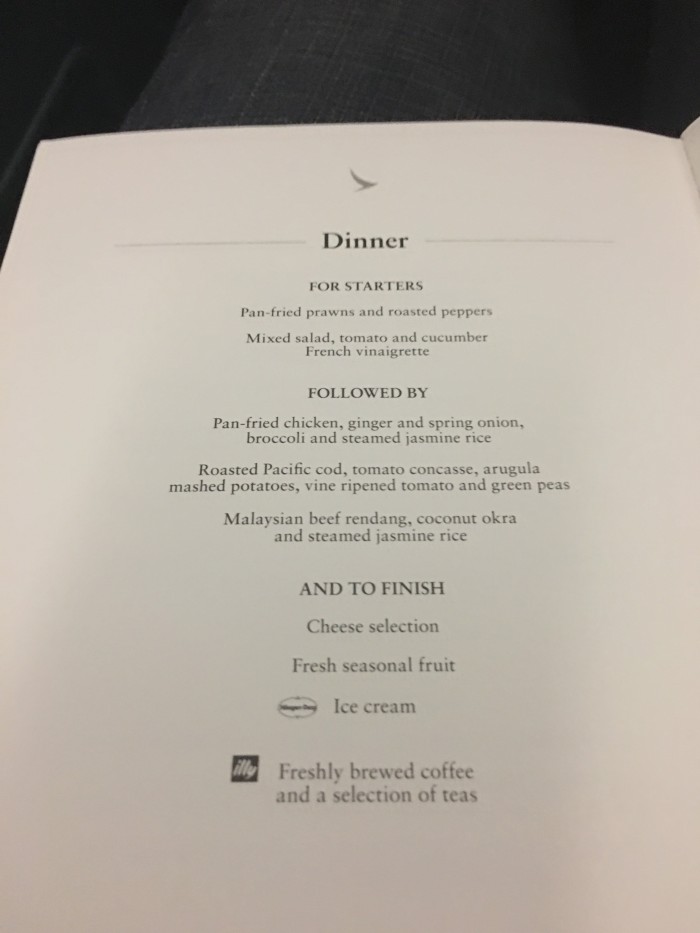 Instead, I chose to sleep for a lot of the flight. Since I was going to end up in New Zealand in just over a day, I knew that I would not be acclimating to the time zone in Hong Kong or Kuala Lumpur, so it was best to sleep whenever I was tired. I dozed some, but not as much as I would have liked to thanks to the woman next to me bumping my arm, plus the kid’s game behind me.

The service was good, as usual, even if I didn’t take much advantage of it. Cathay Pacific can’t really help who the passengers are on a flight, so I don’t blame them for the idiots who were surrounding me. It’s just part of traveling, I suppose.

As we descended into Kuala Lumpur, there were thunderstorms all around. The lightning made for quite the show. I couldn’t get any good photos, but suffice to say it was pretty dramatic. 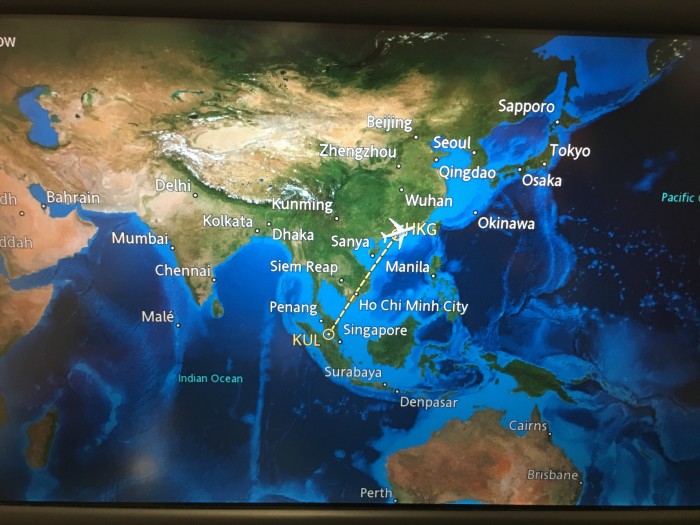 We landed and taxied to KUL’s satellite terminal. On the way, we passed the abandoned 747s that got some press last year. Thanks to the flight being so late at night, I would have just 20 minutes until the final train into Kuala Lumpur. Could I make it?

No way. The train between terminals didn’t take too long, nor did immigration, but baggage claim took forever, so I had no chance. A long day of traveling would be just a bit longer before I could finally relax in my hotel in Kuala Lumpur.