After visiting Cathay Pacific’s The Cabin lounge in Hong Kong, I moved on to The Bridge, which is a much larger business class lounge that has been recently remodeled.

The layout of The Bridge is interesting. After you descend an escalator, you arrive at the check in desk, where from there you can either go to the left or the right. It seems the bulk of people go to the right, and that’s where I went first, as it seems that the desk staff point people there by default. 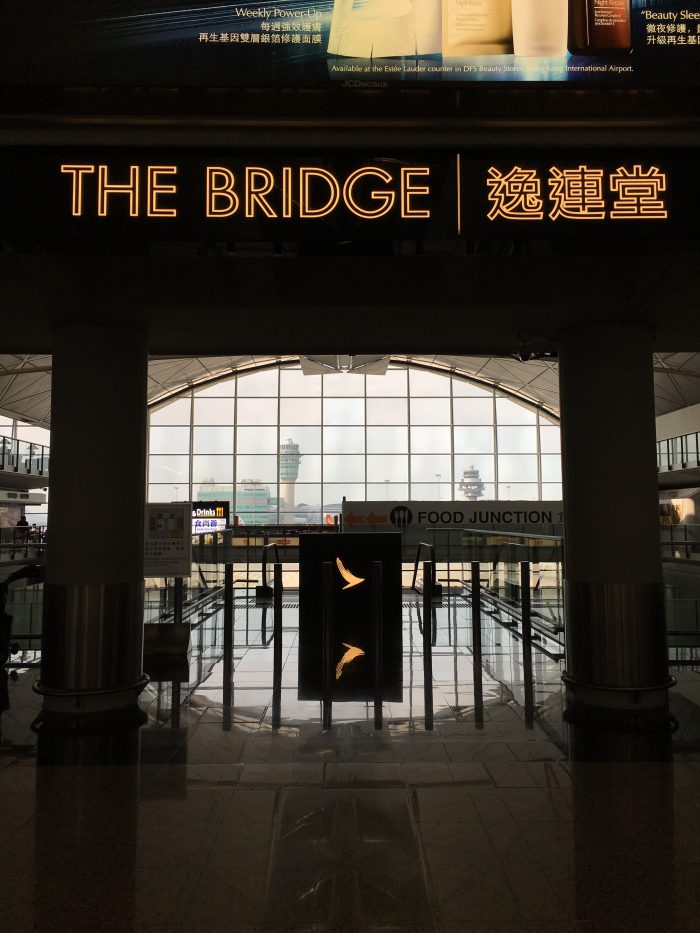 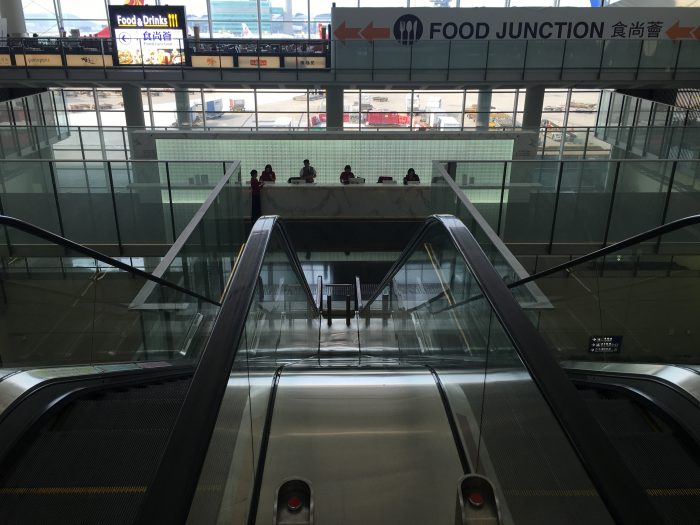 The theme of the dining area in The Bridge was The Bakery. There was a nice selection of dim sum as well as different western breakfast items and lots of different breads and pastries, plus sandwiches. There was a nice salad selection as well. While some of the items were the same as what I had seen before, many of the dishes were unique to The Bridge. It would be very easy for Cathay Pacific to have identical food in all of their Hong Kong lounges, so it’s great that they mix things up. 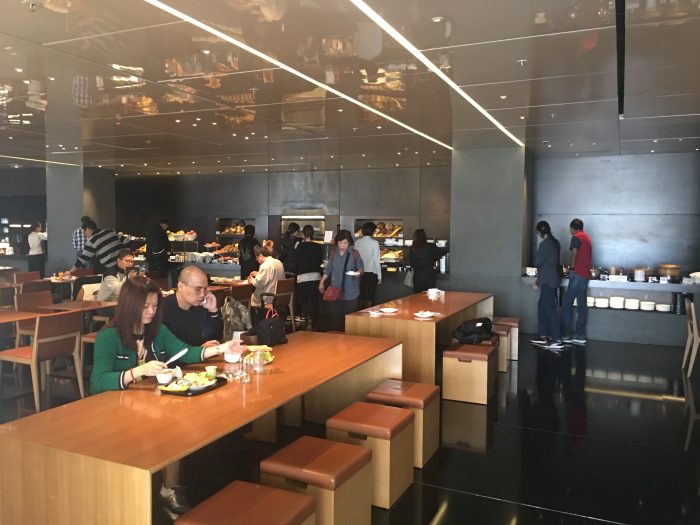 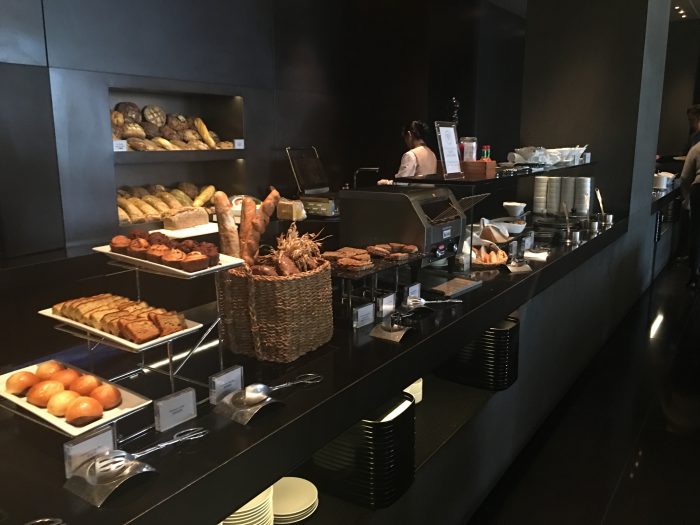 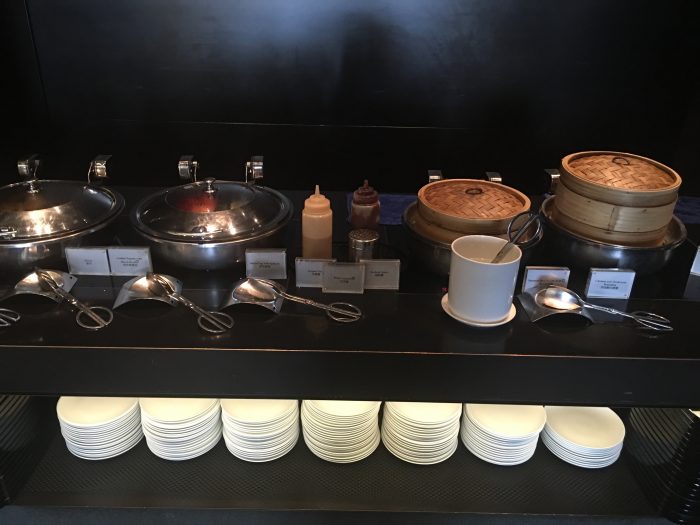 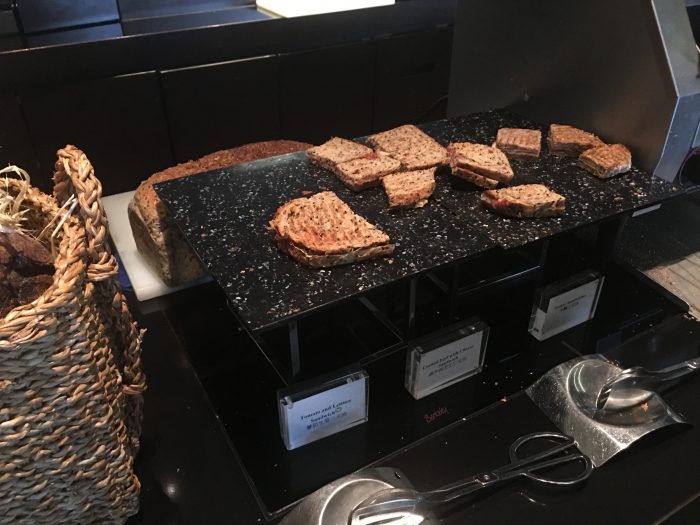 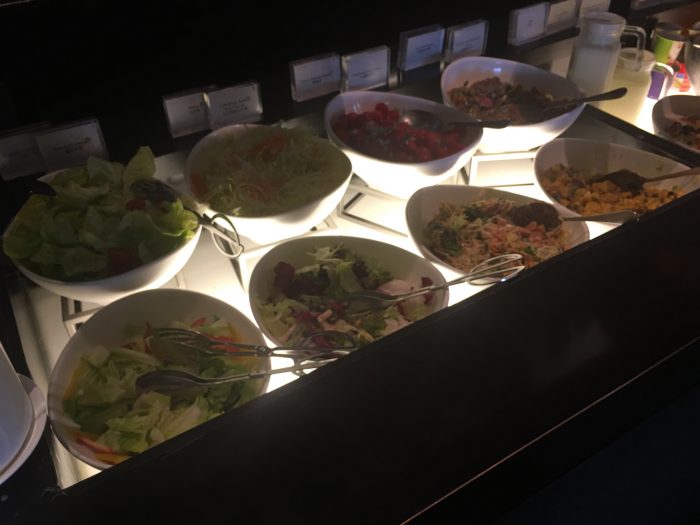 Also in The Bridge is The Long Bar, which is exactly that. It was still early, so it wasn’t crowded, but it was well-stocked and had plenty of seating. 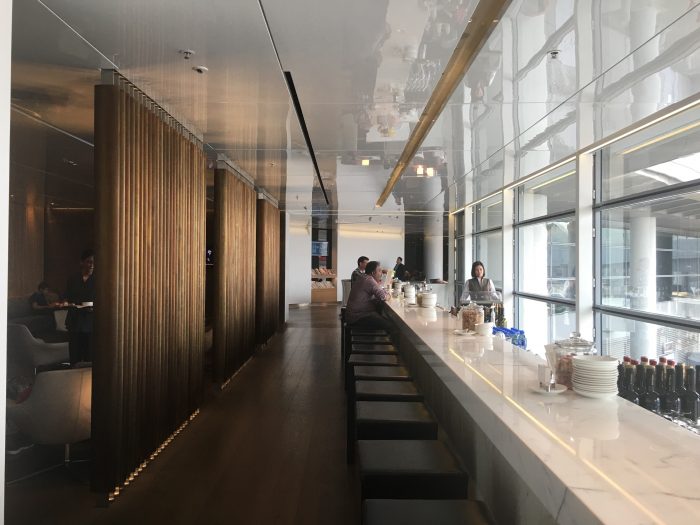 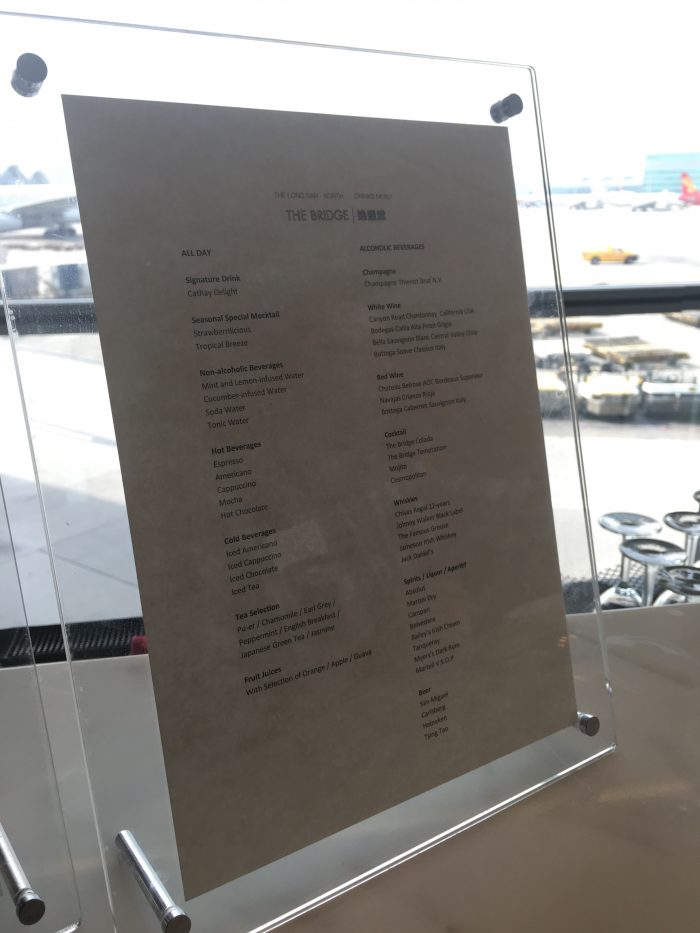 There was also a TV lounge. 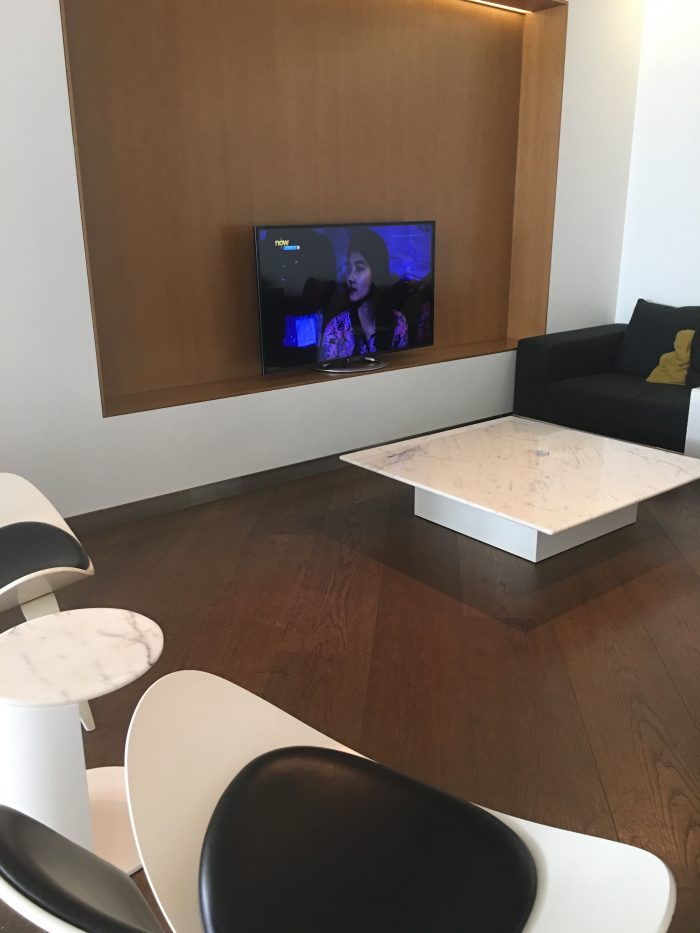 For those who are looking for some quiet, there are some quieter areas on the right side area, along with nice tarmac views, but overall the right side of the lounge is busier than The Cabin. 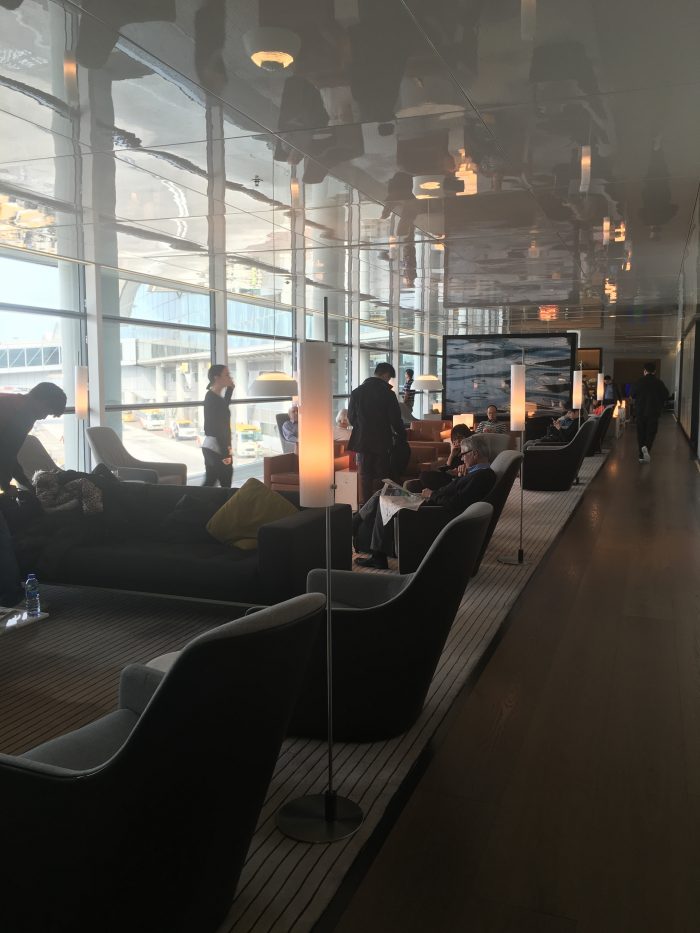 If you want more quiet in The Bridge, then you want to go to the left side. The odd layout means that you need to pass by the front desk once again, which somehow makes it feel like you’re sneaking across.

While the left side of The Bridge is smaller and quieter, it does go back farther than it initially appears. This side of the lounge also features shower rooms and a business center, though I needed neither. 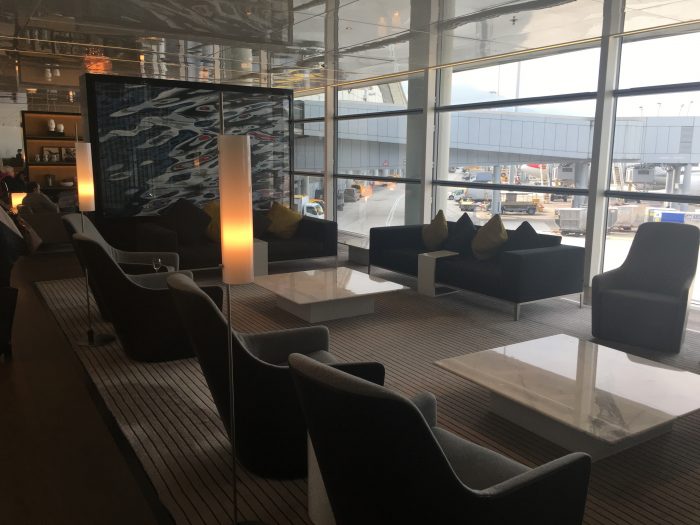 There was a coffee bar as well. 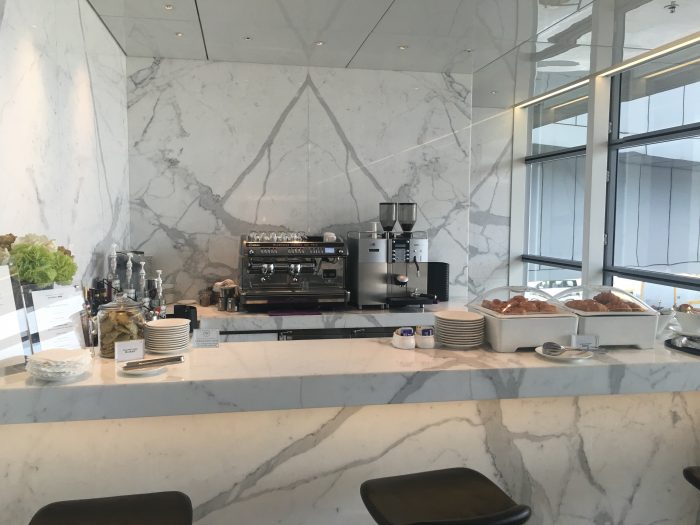 The food on this side of The Bridge was also different, specializing more in snacks & desserts, including cheese, cookies & cake. There were also hot foods for lunch, which came out around 11:30am. Even though I had been snacking all morning and was going to be having a business class meal soon on my flight to Osaka, the hot food looked so good that I needed to try some. 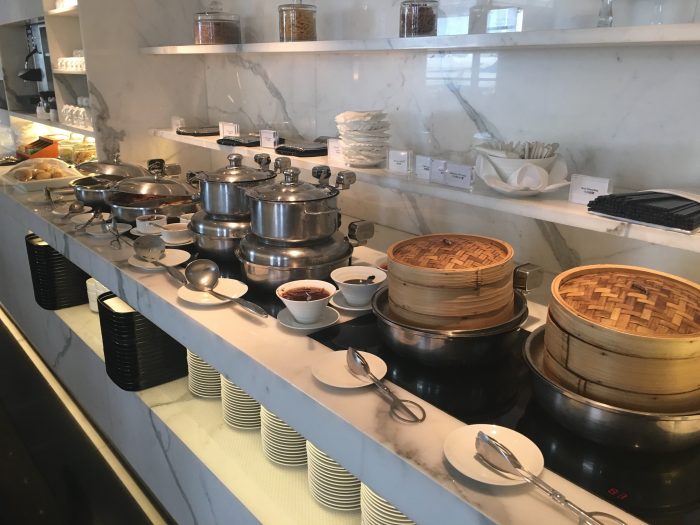 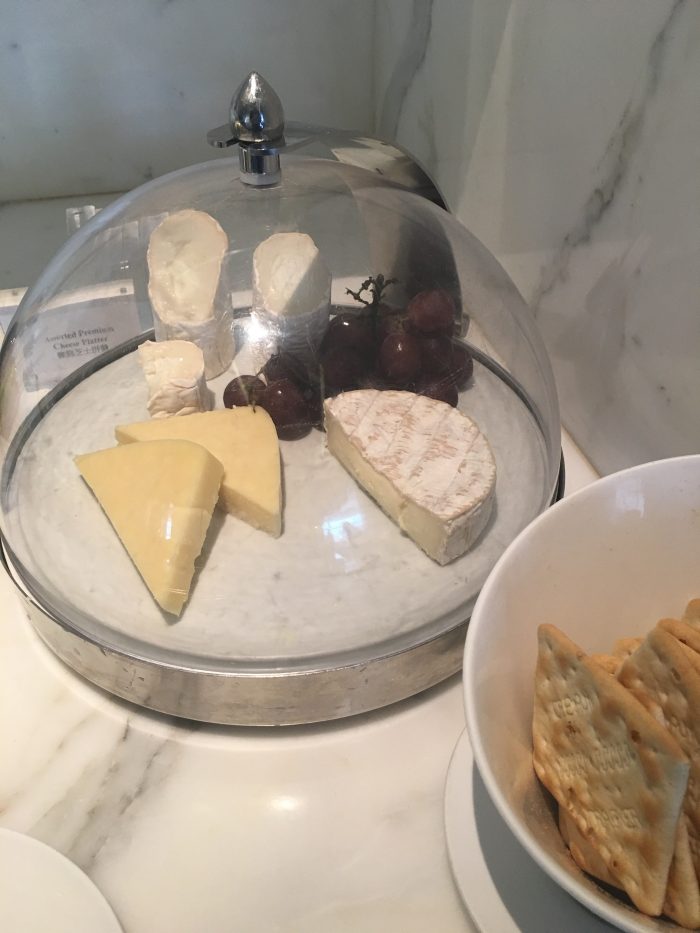 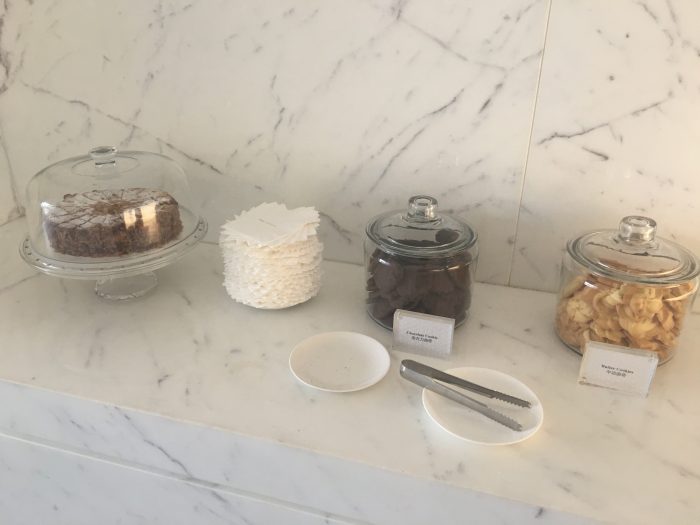 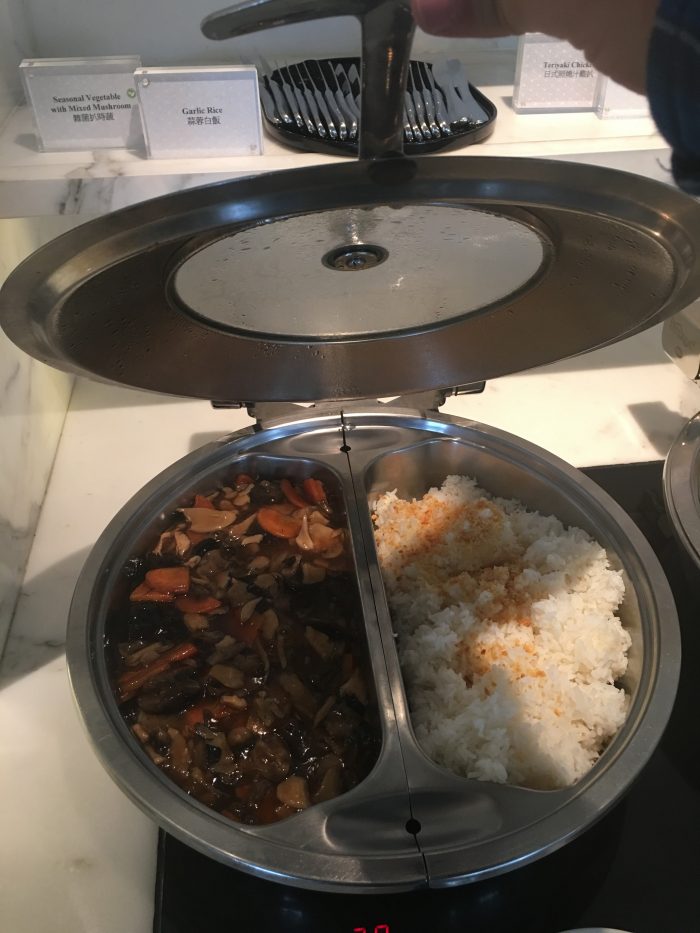 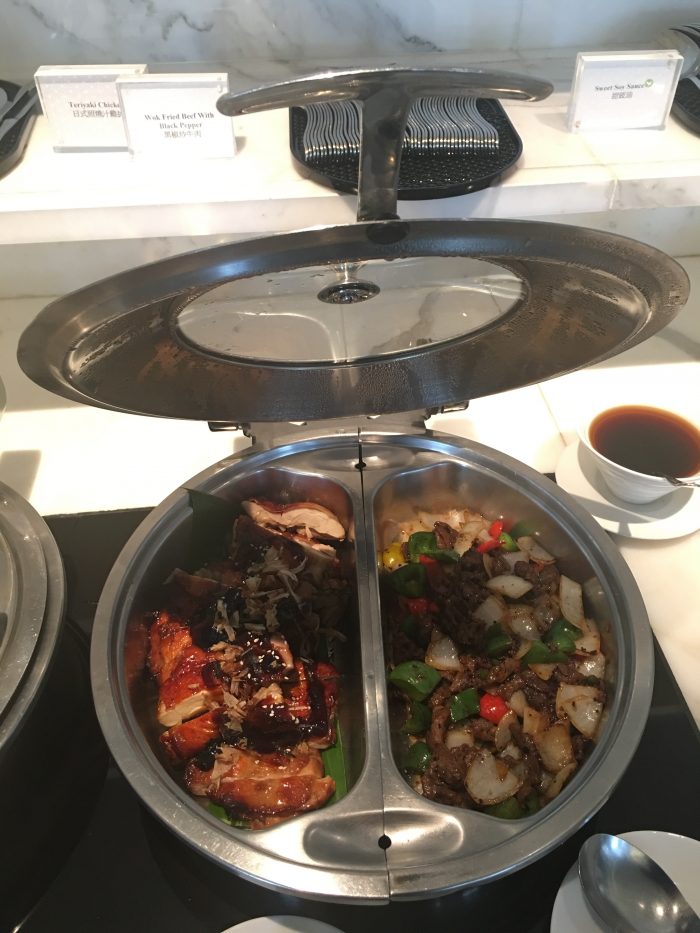 Like every other Cathay Pacific lounge in Hong Kong, The Bridge is outstanding. I like how all the Cathay lounges are just different enough to give you legitimate options rather than just going to the biggest or the closest one. At the same time, if all you have time to do is go to the closest one, you’re not going to be sacrificing on the experience. I don’t know what The Bridge was like before it was remodeled, but now it’s a great lounge.