There’s no shortage of beautiful, historic castles in Ireland. Near Cork, of course, is the famous Blarney Castle. However, there’s another castle that’s even closer to the city: Blackrock Castle. Blackrock Castle might not be as old or as historically significant as other Irish castles, but its current usage makes it completely different from any other castle you’ll visit. What was once a fortification is now home to a working observatory, known as the Blackrock Castle Observatory. 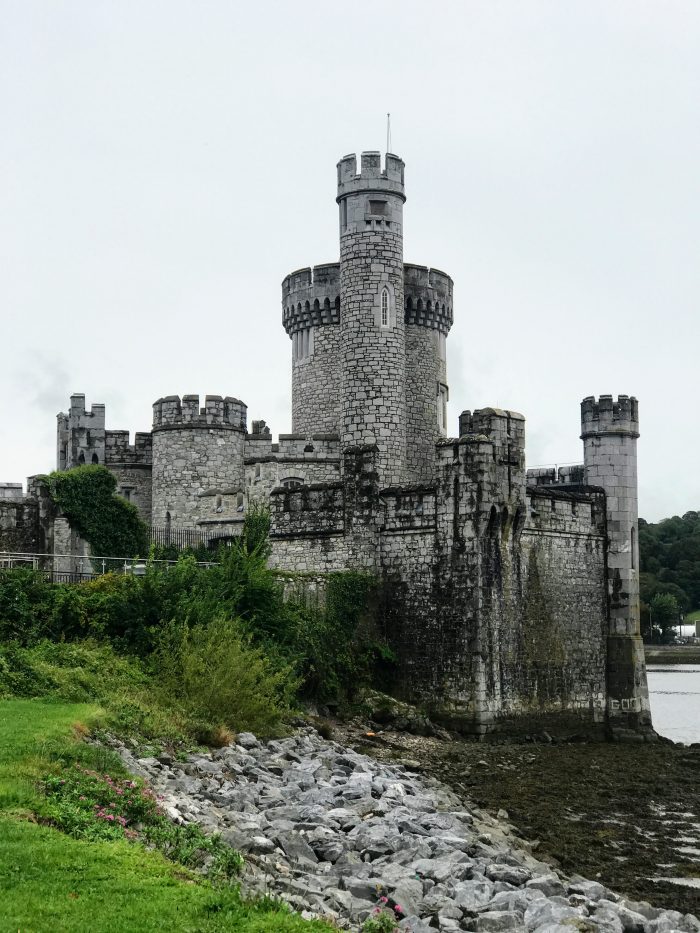 How to get to Blackrock Castle Observatory

Take Bus Éireann Route 202 from Merchants Quay in the Cork city centre toward Mahon Point. Depending on traffic, it’s a 20-30 minute bus ride. The last parts of the route vary based on the particular bus run. The most frequent stop is about a 10 min walk from the castle. There is a less-frequent hourly bus that goes a bit closer. However, my bus driver was actually nice enough to go to that closer stop even though it wasn’t scheduled for that run, since there was no traffic and he was running early. Very nice! For that reason, I recommend mentioning to the driver where you are going.

If you have a car, follow the aptly named Blackrock Road which then becomes Castle Road. There is plenty of parking near Blackrock Castle. 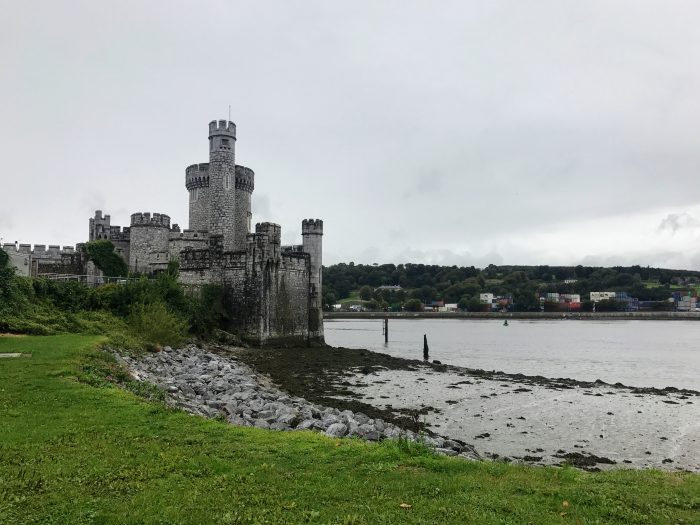 Blackrock Castle was first built as a fort in 1582, with the purpose of discouraging pirates & invaders along the River Lee & Lough Mahon. It’s the oldest structure still in use in Cork. A castle was built on the site in 1604. For the most part, Blackrock Castle served as a government building for the Cork Corporation (Cork City Council) rather than a defensive fortification. At various times, Blackrock Castle served as the Admirality Court, a banquet venue, a lighthouse, a signaling station, and a gun battery. It also suffered a couple of fires through the centuries, but was rebuilt each time. In the early 2000s, the castle was completely refurbished and turned into the working observatory & science center that it is today.

Entry to Blackrock Castle Observatory includes a tour of the castle & a planetarium show, with the schedule alternating every half hour. 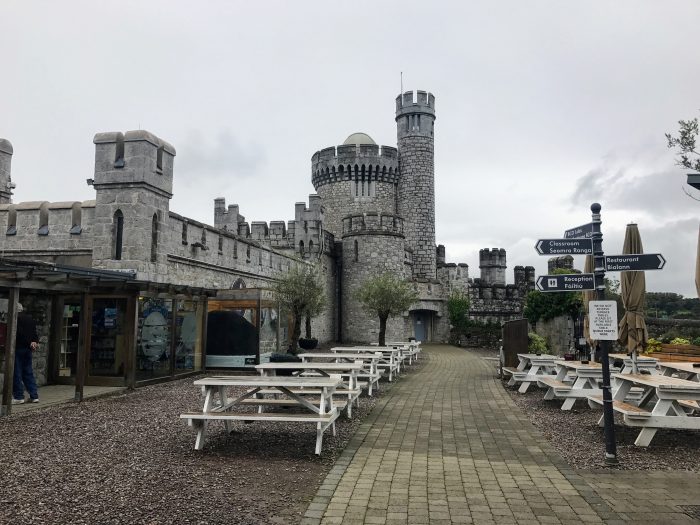 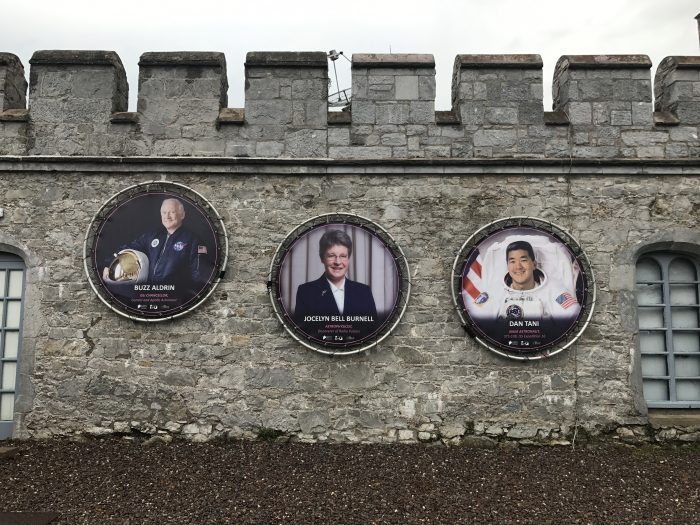 The visit begins with a basic science overview with a focus on space & exploration, including videos & some interactive exhibits. It’s not an in-depth presentation, but it’s kid-friendly. 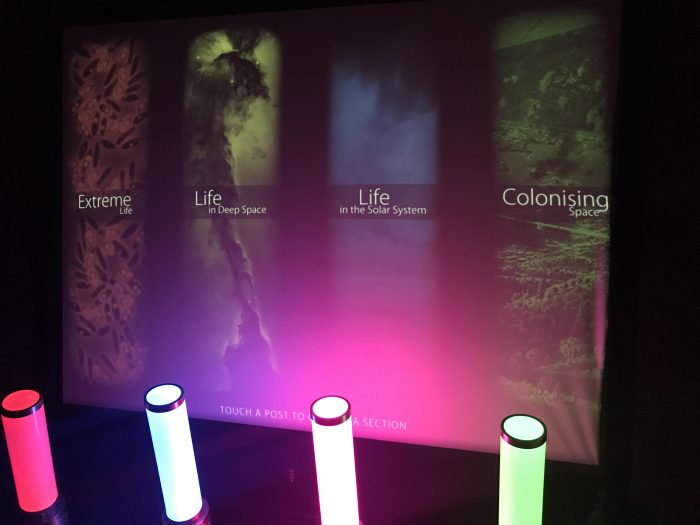 This introduction concludes with a collection of space mission patches, and a computer where you can send messages into space. 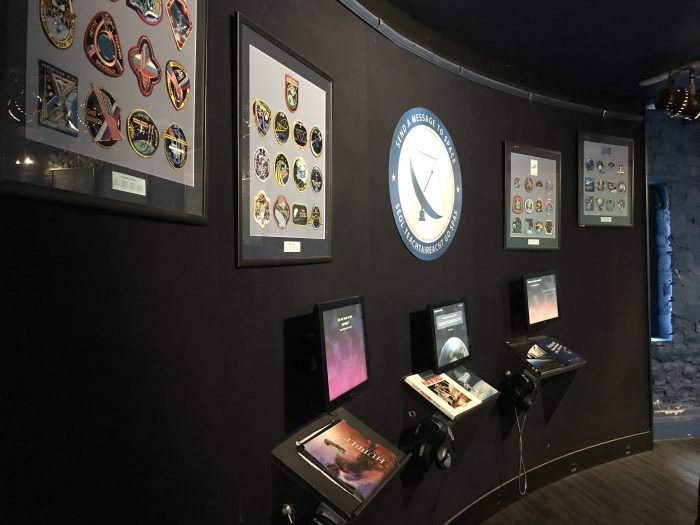 The guided tour of the castle starts with the top of the tower. It’s a total of 85 steps to the rooftop, making it a fairly easy climb for most people.  The panoramic view across the waters of the River Lee is stunning, even on a grey day. It’s obvious why this spot was chosen for a fort & castle to defend against pirates & other invaders. 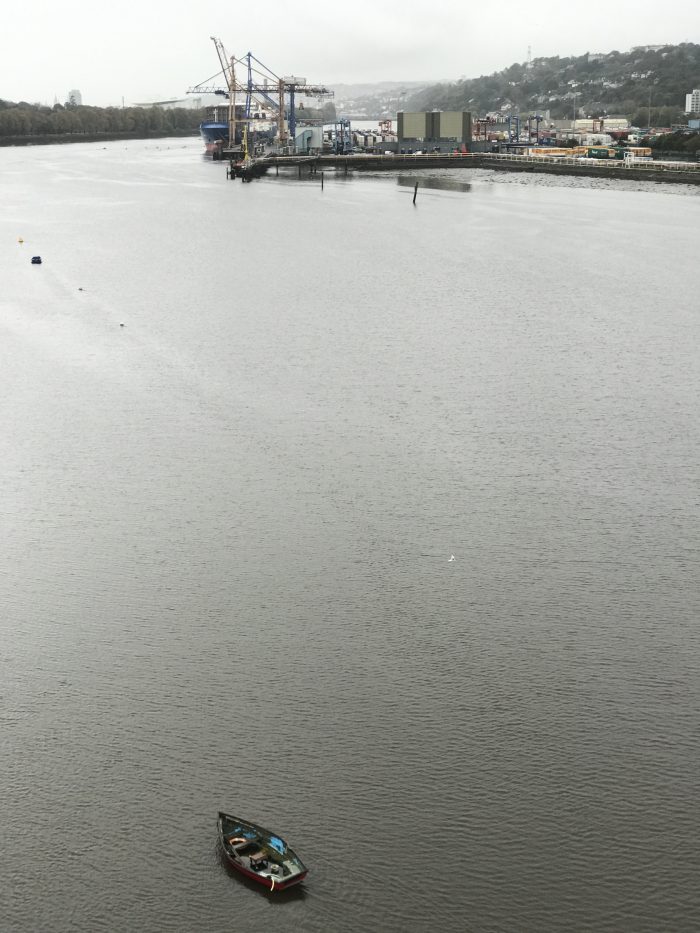 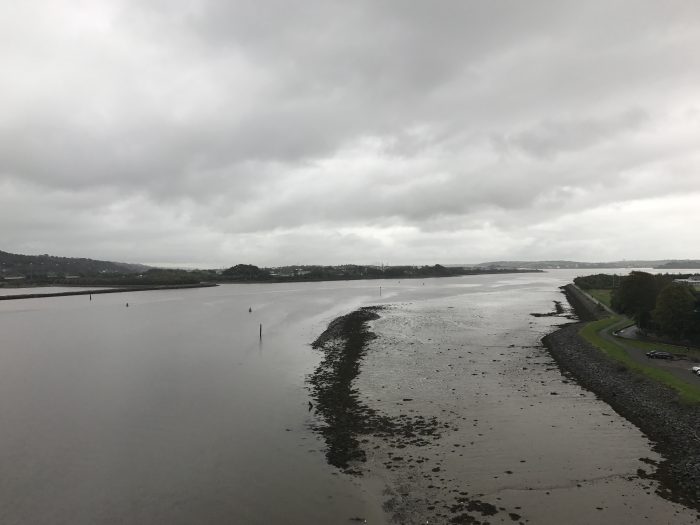 Nowadays, Blackrock Castle’s tower looks much further into the cosmos. This is a working observatory, with a 16 inch radio telescope housed on the rooftop. As you might expect based on the cloud cover, it’s not often that Cork’s skies are clear enough for astronomy, but they do get about 60 nights of observations per year. With the rest of their time, researchers conduct analysis on previously gathered data from the night sky. 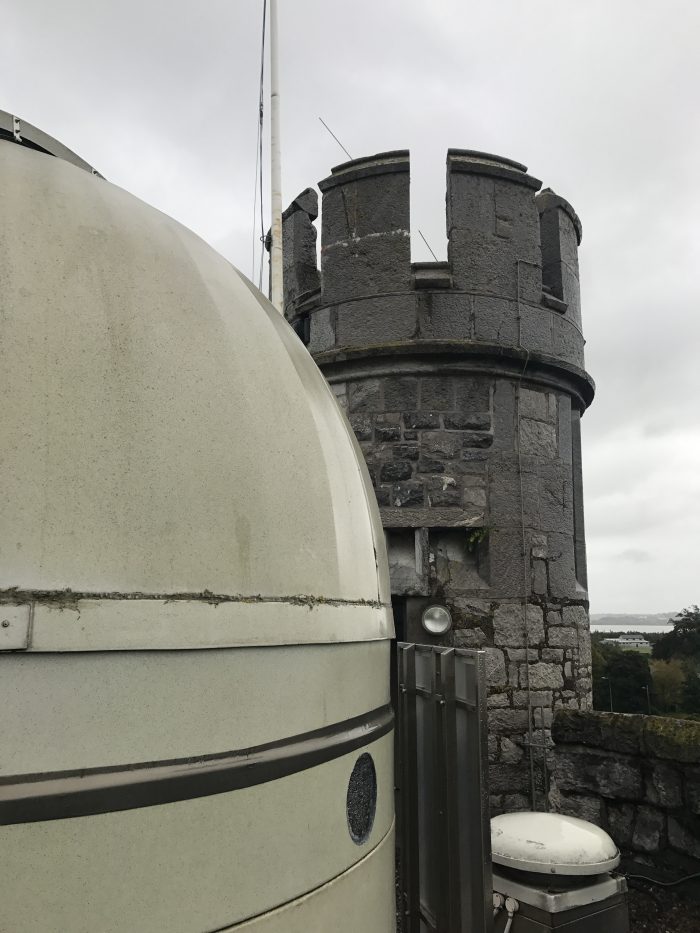 The tour continues by heading into the gunnery & cargo corridor below the castle. For hundreds of years, soldiers worked here in shifts. However, they lived in Cork itself rather than onsite, so it wasn’t as bleak as some similar postings might have been. 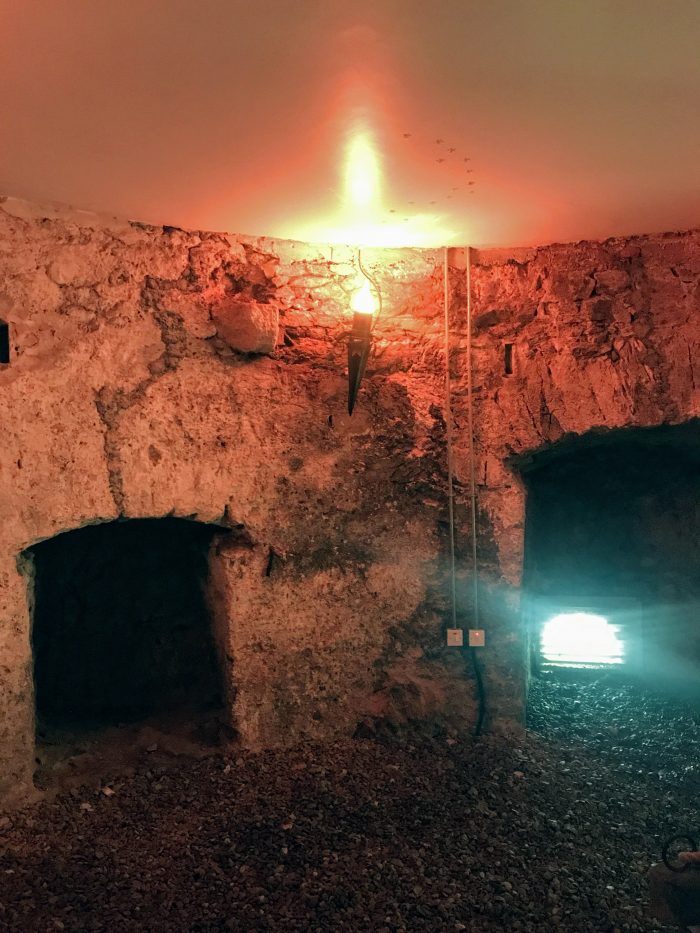 After touring the building, the final part of the Blackrock Castle Observatory visit is the Astronomy Experience. It takes place in an inflatable planetarium. It’s not the fanciest planetarium show, but it’s still fun.

If you can’t make it to Blackrock Castle, this video from BCO provides an excellent overview of the entire facility & its astronomical research.

The Cas­tle Café is located in the courtyard of the castle. This restaurant & bar features a Mediterranean menu using local ingredients. The owners also operate the popular Marble Lane Brewpub in the Cork city centre. 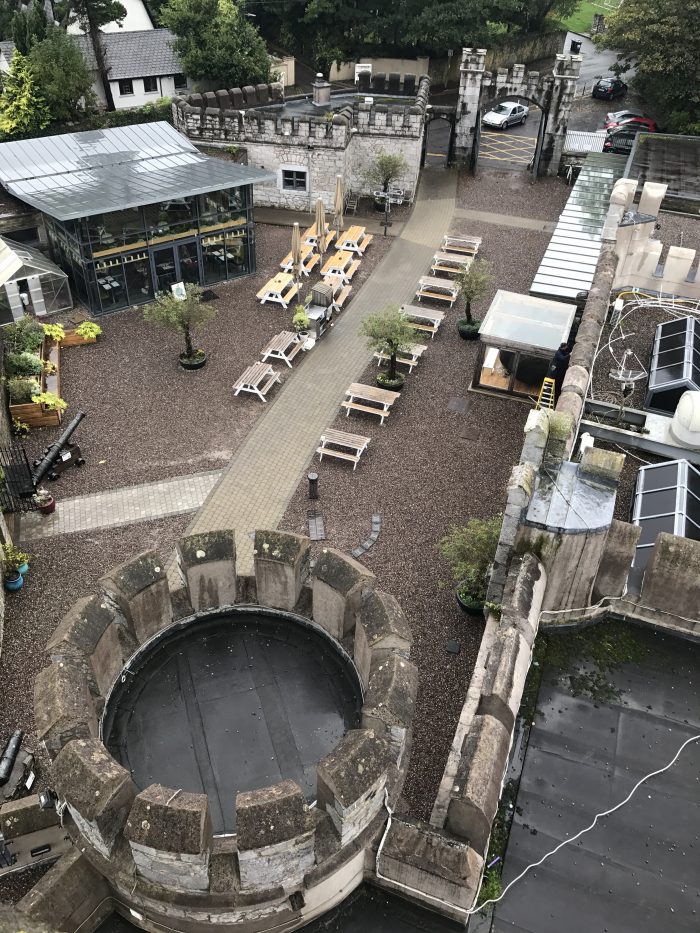 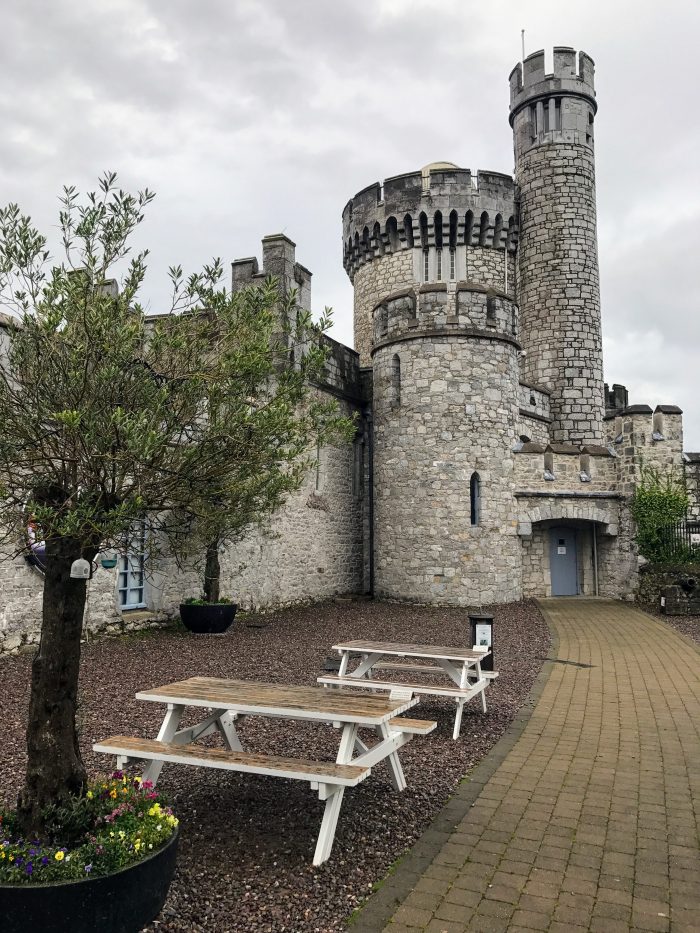 Blackrock Castle Observatory is a different castle visit from others you’ll encounter, but that’s a big part of its appeal. It’s an especially kid-friendly activity in Cork. Whether you are interested in the castle, the astronomical aspects of the observatory, or both, Blackrock Castle is a pleasant place for fans of history & science alike.

Here are some great Cork tours & other things to see & do in the city.

If you’re looking for a place to stay in Cork, check out these Cork hotels & AirBnbs.