Cascais, Portugal is a pretty, upscale beach town just west of Lisbon. It’s easily accessed by train for a day trip or evening out. Less packed than Lisbon, it makes for a nice relaxing day, especially drinking outside on a patio. There are a couple of notable places to drink craft beer in Cascais, including an excellent annual festival. Here are my recommendations.

Beer Cascais is a lovely craft beer bar with a massive patio. It’s located in Mercado da Vila, an excellent market & entertainment complex at the northern edge of the Cascais town center. There is a farmers market there, along with lots of local bars and restaurants. 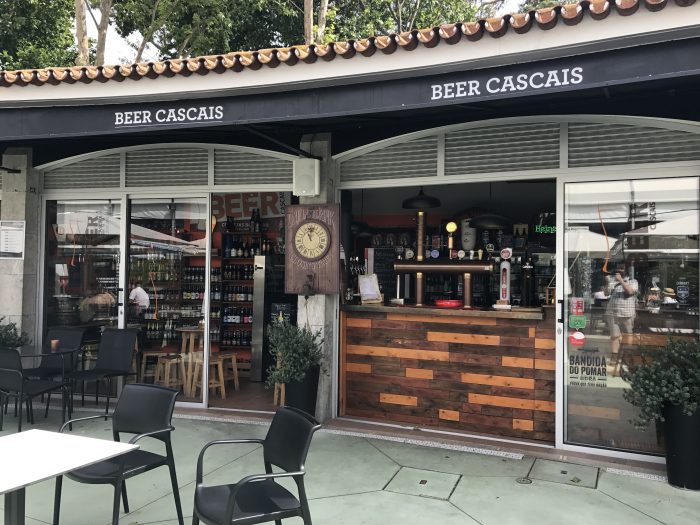 A craft beer bar like Beer Cascais is a perfect fit for such a market. They have a dozen or so taps, and while only a few are truly craft, there is also a nicer craft bottle selection. 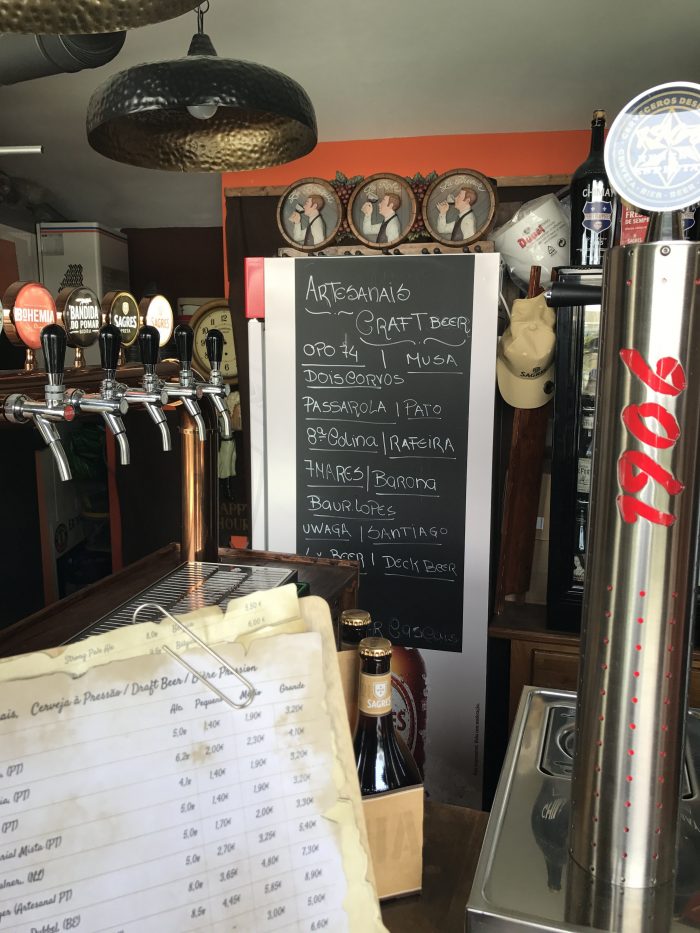 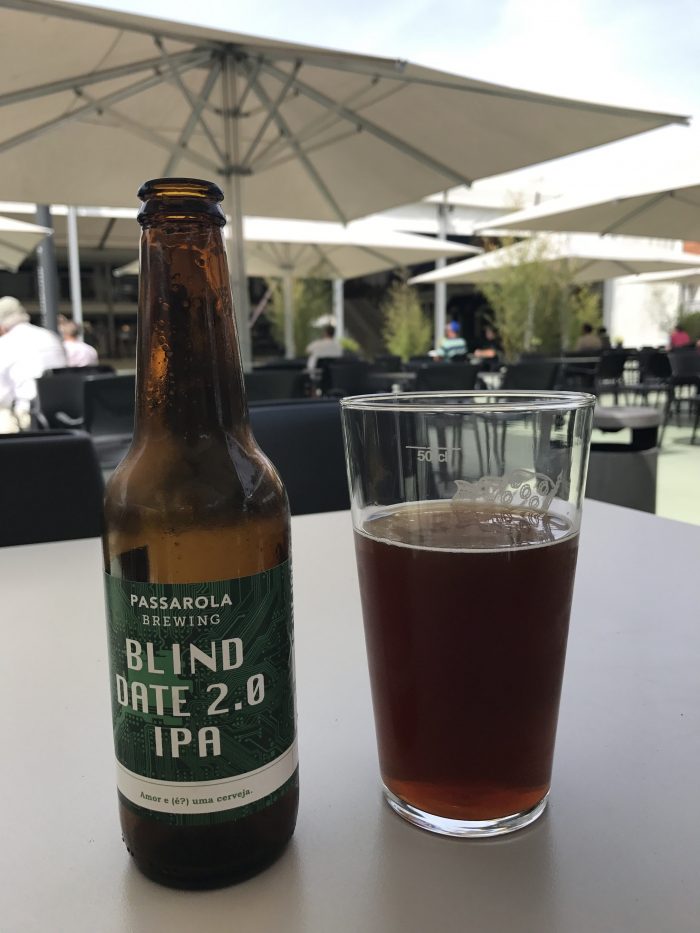 One bonus: the city of Cascais has free WiFi here, and it was incredibly fast. I was able to back up hundreds of photos from my phone, all while relaxing on a sunny patio with a good beer.

Crowbar is the last thing you’d expect to find in a rich suburb like Cascais, especially on a shopping street. But we are all richer for its existence. 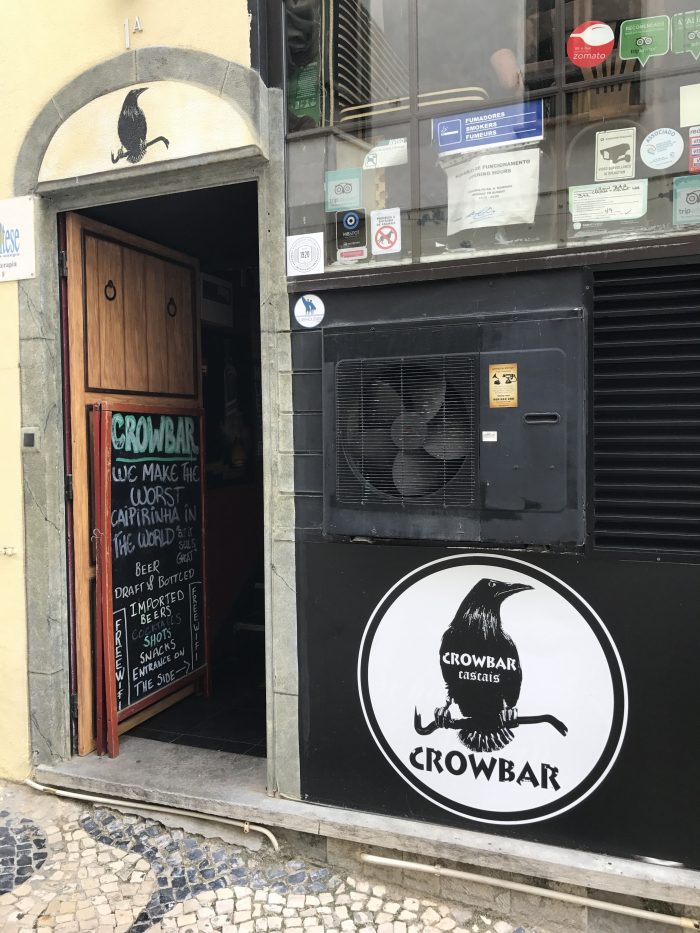 I knew I would love it when I saw this sign outside. 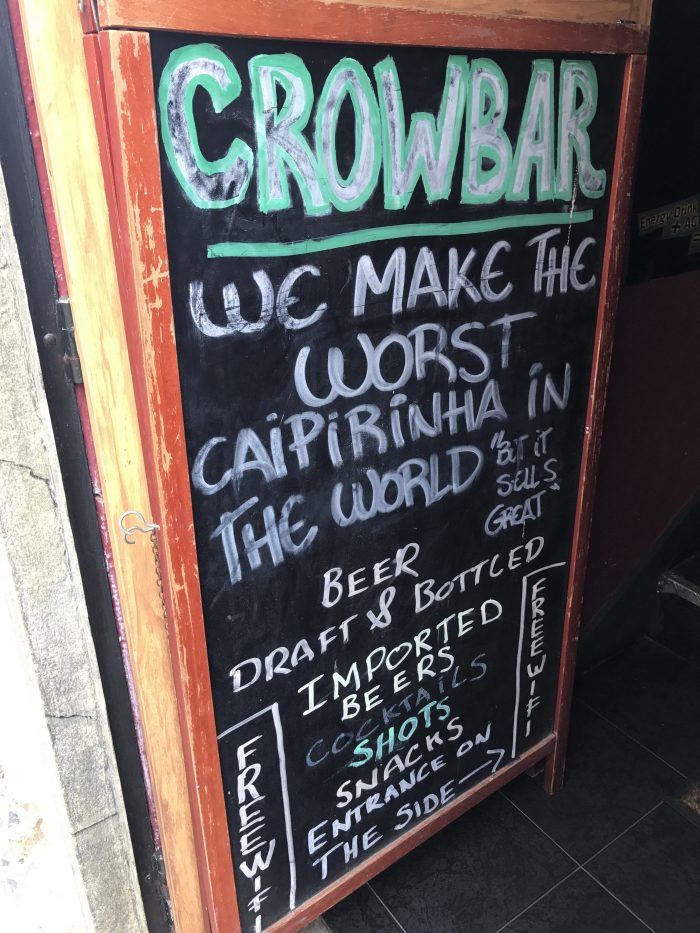 It’s a dive bar, though instead of being in a basement, it’s on an upper floor, all the better to look down on shoppers below while getting fresh sea air. The music was exactly as I would have expected from a dark bar called Crowbar, heavy on rock & metal. 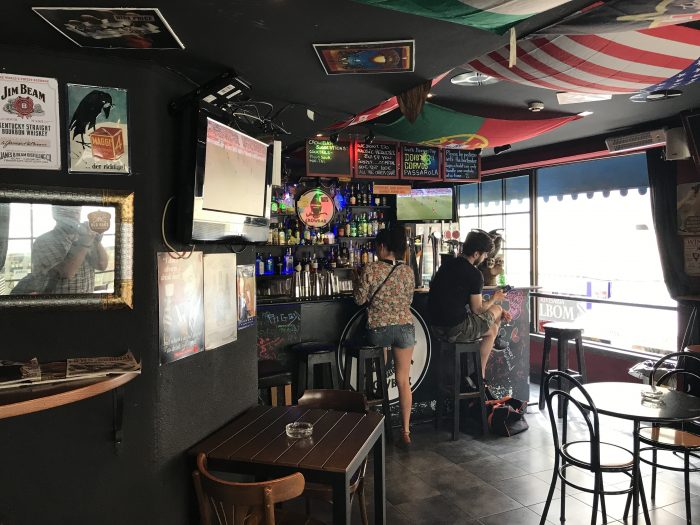 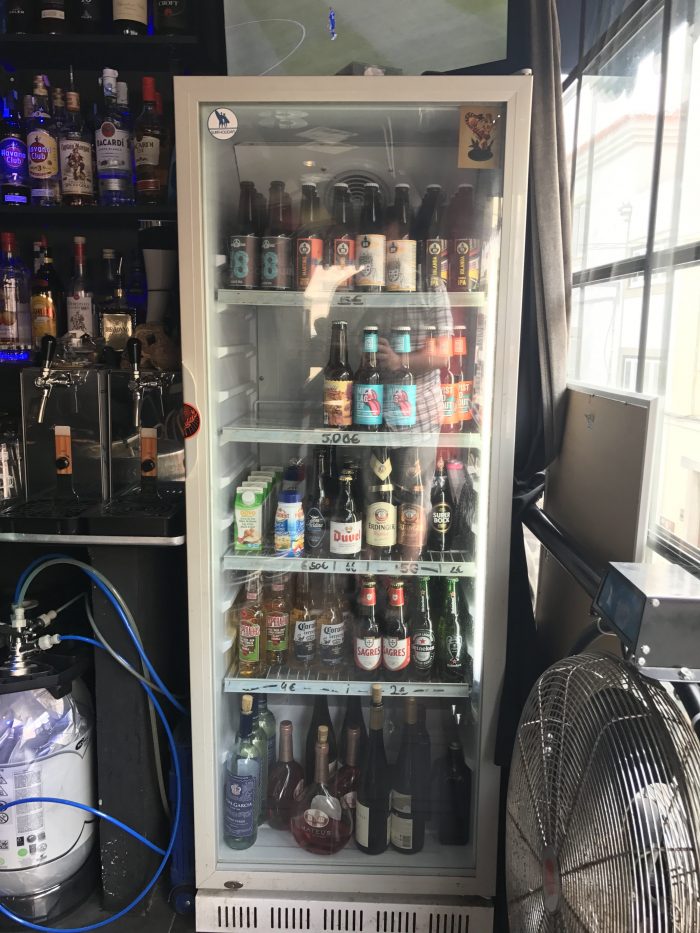 The bar has a couple of craft taps, plus about a dozen bottles, but the selection isn’t the point. In a rich suburb with expensive shopping streets & tourist areas, there’s a lovely dive right in the center of it. I love everything about a bar like this, and I am glad it exists. If every town had a bar like Crowbar, we’d be a much happier society.

Beer Promenade Cascais is an annual craft beer festival that takes place in late May-early June at Casino Estoril. I stumbled upon it by seeing ads posted on trains and buses around Lisbon & Sintra. That’s effective advertising. 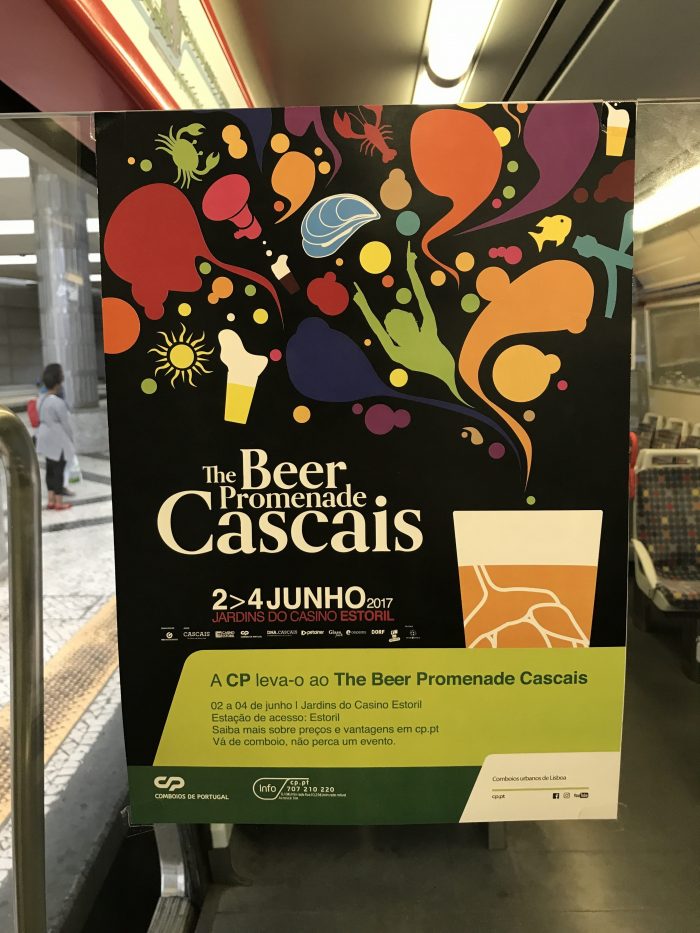 Beer Promenade Cascais was one of my favorite beer festivals that I’ve ever attended. It wasn’t the biggest, nor did it have the largest selections of brewers or rare beers. What it did have was an intimacy that you no longer find at destination craft beer festivals. 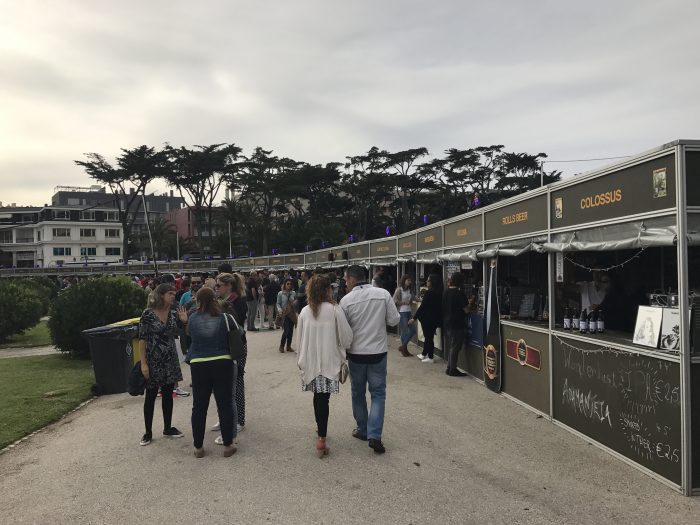 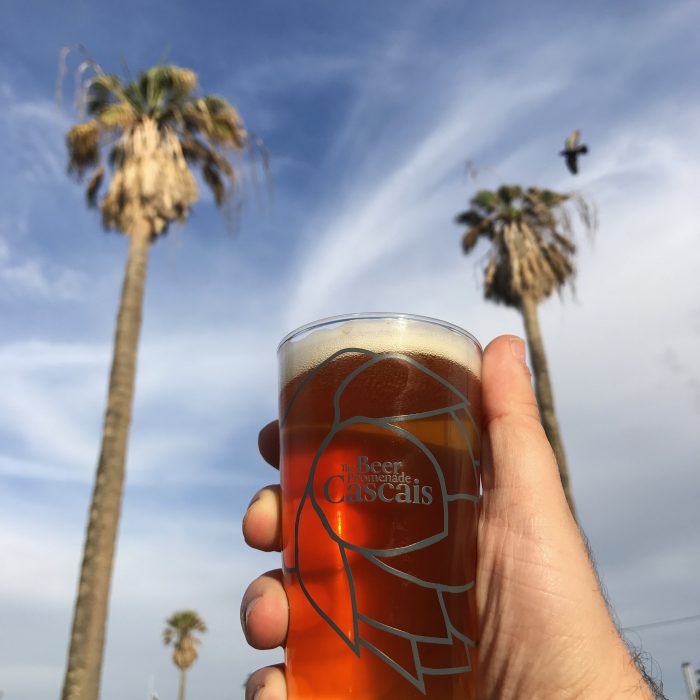 The festival had beer from 30 breweries from all over Portugal and Spain, plus a selection from some bottle shops that had imports. The selection ranged from some of the largest craft breweries on the Iberian Peninsula to homebrewers. I liked that even the smallest operations had the opportunity to showcase their craft beer in Cascais. The quality of course varies wildly, but the whole point of a festival is to try beer you’ve never had before, hoping you find some gems. 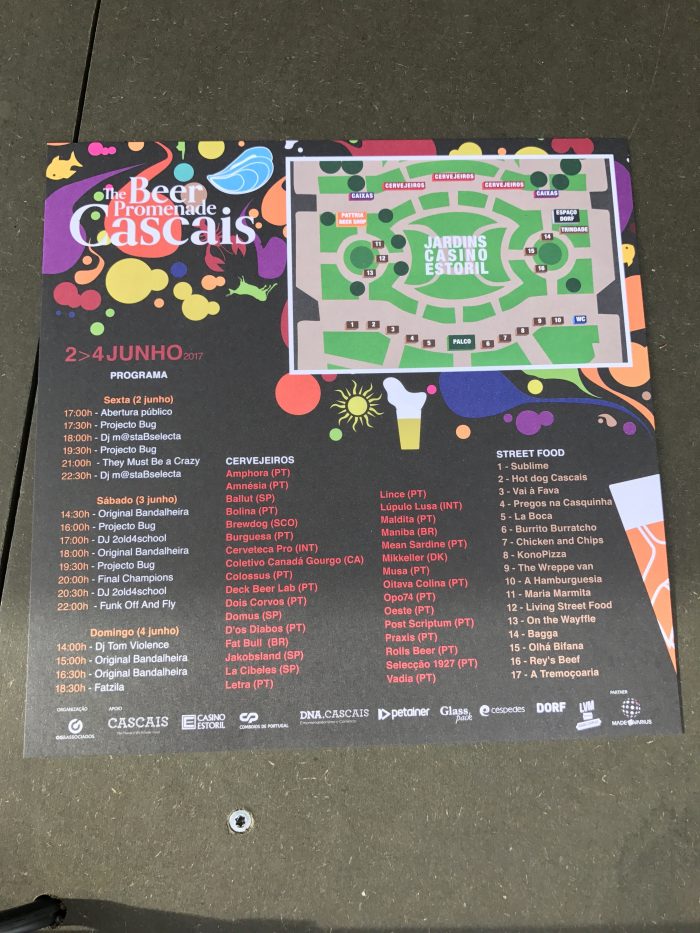 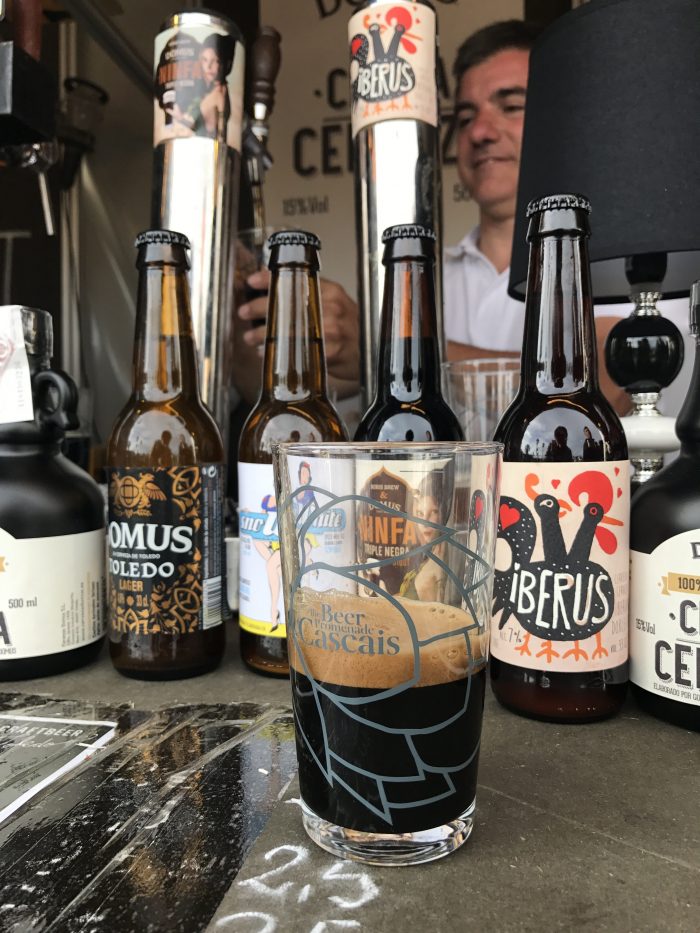 The setup of the festival also lends itself to being able to sample as little or as much as you want. Rather than paying some hefty entrance fee, you just pay for a glass and then tokens, then trade the tokens at each beer stand. Thanks to this setup, it was also far more family-friendly than your typical beer festival. It felt more like a neighborhood event.

There were also food trucks & live music, including a marching band.

The food covered a wide range of cuisines, but I stuck with local takes on meat, having a bifana as well as a cachorro.

If you’re in the Lisbon area when it’s going on, I highly recommend checking out Beer Promenade Cascais.

Cascais might only have a couple of decent beer bars, but they are both nice places to check out if you are there on a day trip. The scene will only continue to grow as craft beer becomes more popular in Portugal. In fact, since my visit, a new brewery called Deck Beer Lab has opened up. Cascais is a nice town to walk around anyway, so it makes for a good day out from Lisbon, which has plenty of good craft beer of its own. 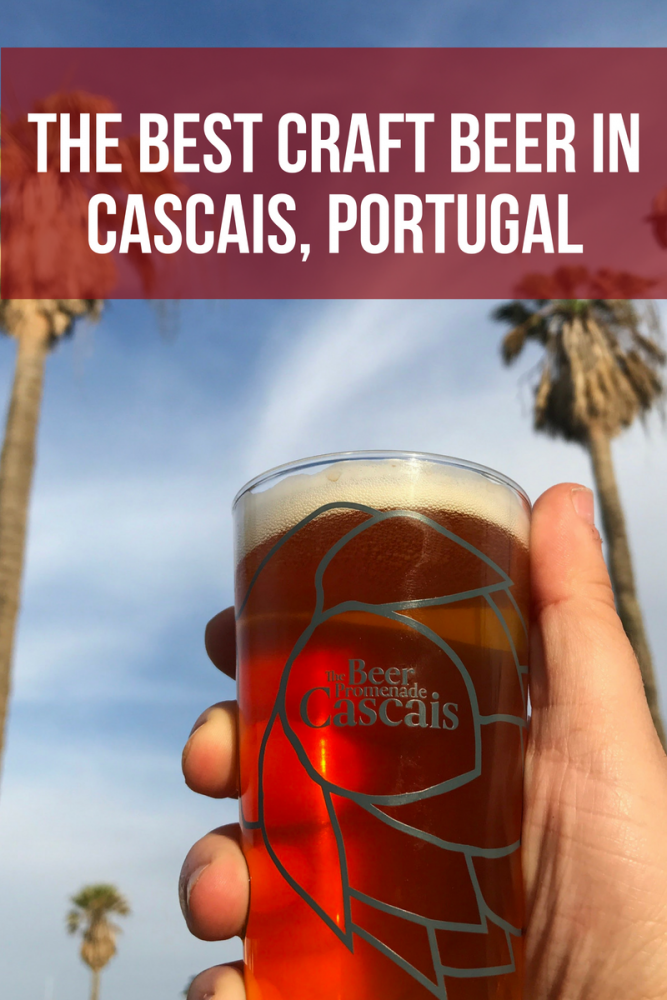