Beatty, Nevada is a former mining town located along U.S. Highway 95 about 8 miles east of Death Valley. With a population of around 1,000, there are almost as many wild burros roaming around the area causing trouble as there are people. In addition to being the “Gateway to Death Valley,” there are a few other places of note nearby, including the Rhyolite ghost town and the Goldwell Open Air Museum. Despite its small size, Beatty actually has a couple of decent places for craft beer (well, at least about as good as you can expect to find in this remote area). 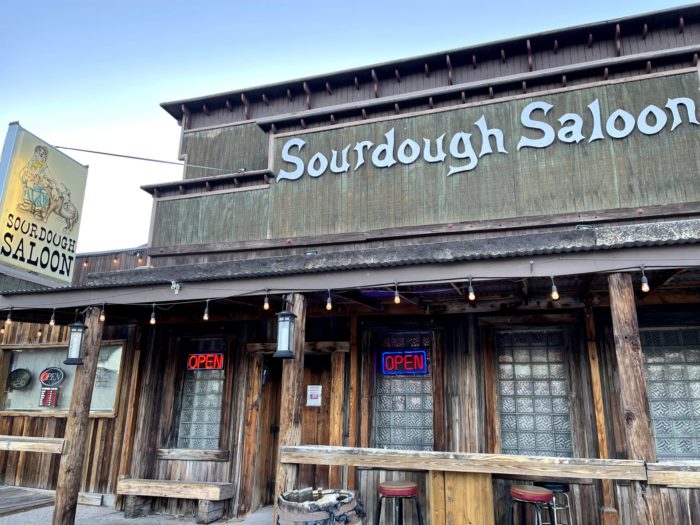 Thanks to Sourdough Saloon, Beatty quite possibly has the world’s largest beer selection per capita. Somehow, this small town dive bar has about 100 different beers available. The selection varies in quality, but there’s a decent craft beer selection scattered through this wall of bottles & cans. 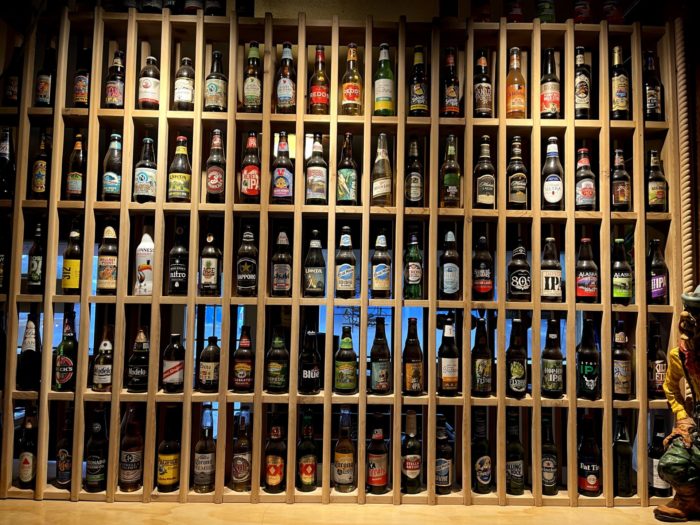 Even a seasoned beer drinker should be able to find something decent & new here. Being in the Great Basin, I opted for Great Basin. 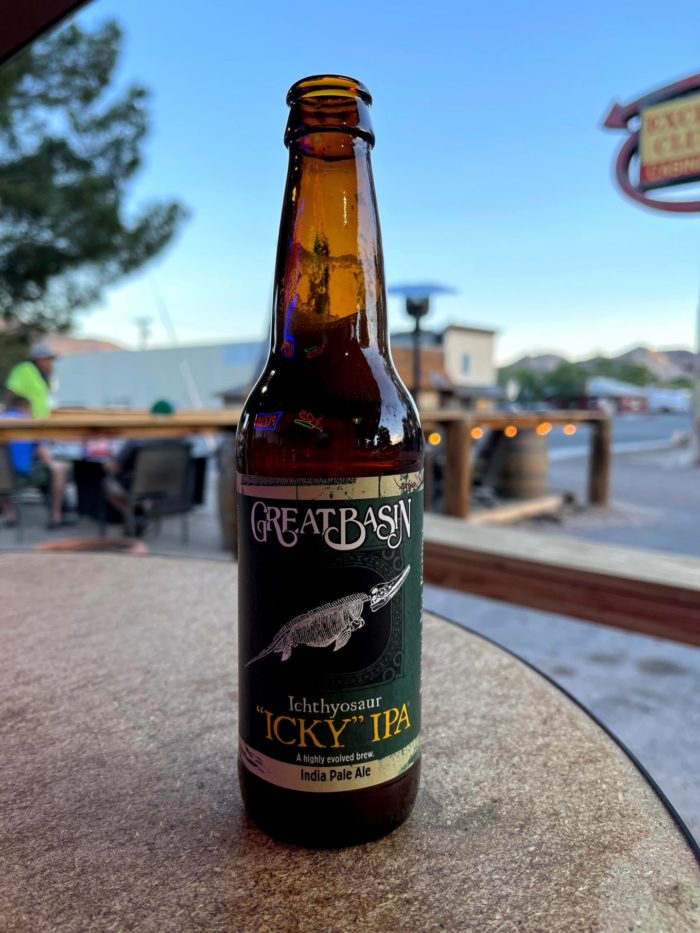 As for the bar itself, it’s everything you’d expect from a saloon in rural Nevada. It’s a friendly eclectic place, with signed currency tacked up on the walls & a bartender who looked a bit like Anthony Bourdain, if Anthony Bourdain wore tie-dyed shirts & sold beer in the Nevada desert. 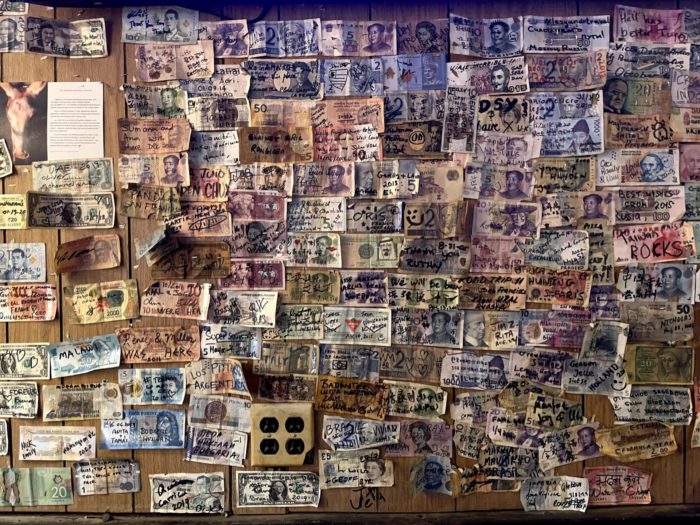 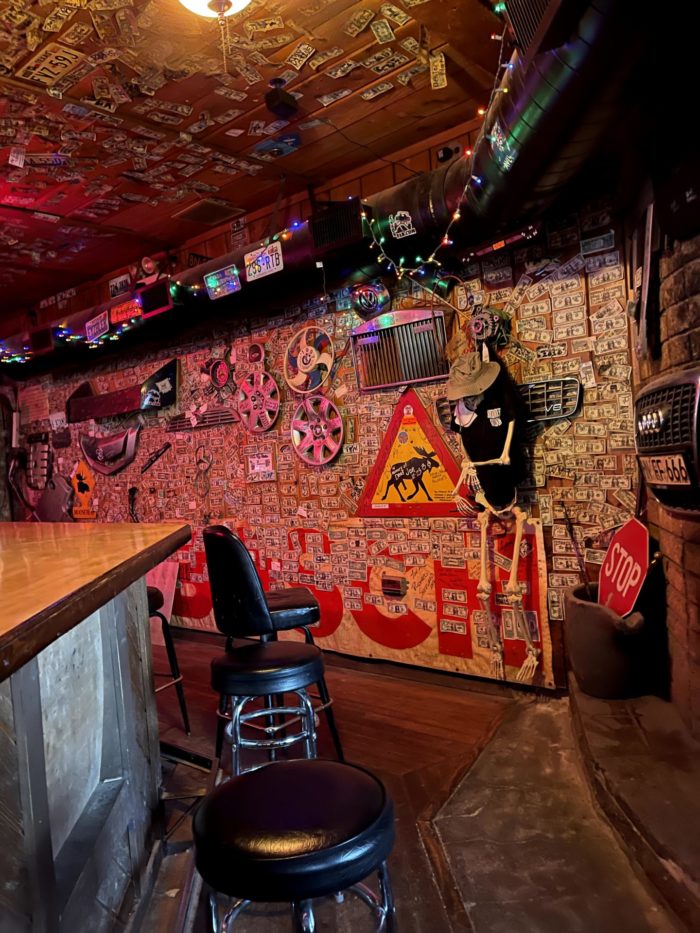 There’s a pool table, Fox News on TV in the corner, and country music on the jukebox – but also somehow Noel Gallagher’s High Flying Birds and other decidedly non-country music also mixed in.

Whether you sit inside in the dimly-lit saloon or outside on the patio, you’ll meet local characters & fellow travelers of all types.

Restaurants in Beatty, Nevada with a craft beer selection

As you might imagine, food options are limited in a town as small as Beatty. However, Smokin J’s BBQ is a great place for lunch or dinner, whether you’re just passing through or staying longer. 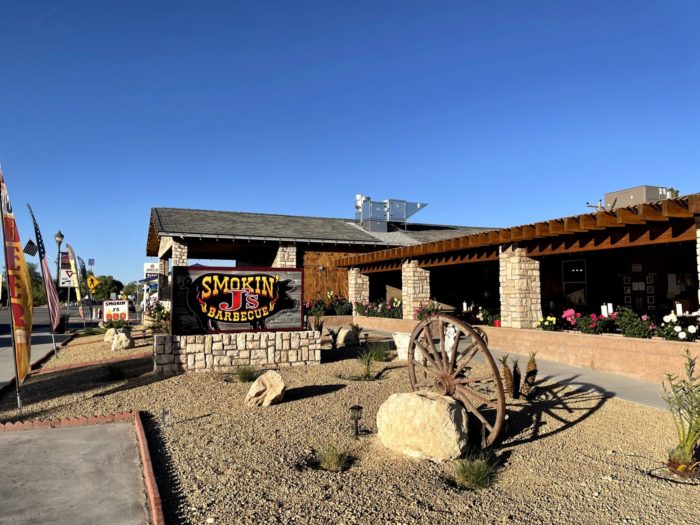 Get the brisket, some sausage, the jalapeño mac and cheese, & some banana pudding, & listen to some blues playing on satellite radio. 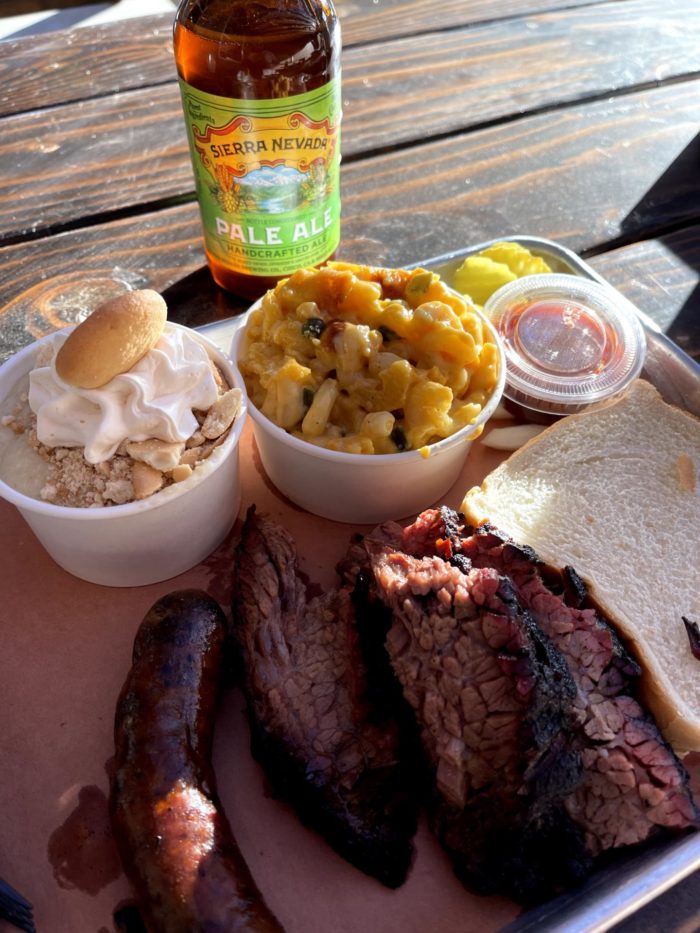 Wash it all down with a beer from their small selection of bottles & cans, including Sierra Nevada & Lagunitas.

While their selection might not be craft, the Happy Burro Chili & Beer is another favorite spot for beer & some food in Beatty.

If you’ve spotted any other great Beatty beer places, let me know in the comments!

Here are some great Death Valley tours & other things to see & do in Beatty.

If you’re looking for a place to crash after drinking beer in Beatty, check out these Beatty hotels.