Since I was flying on British Airways through London, I had a couple of hours to kill in Heathrow’s Terminal 5. My Priority Pass access came in handy, as I was able to check out the newest T5 lounge, which is called Aspire. 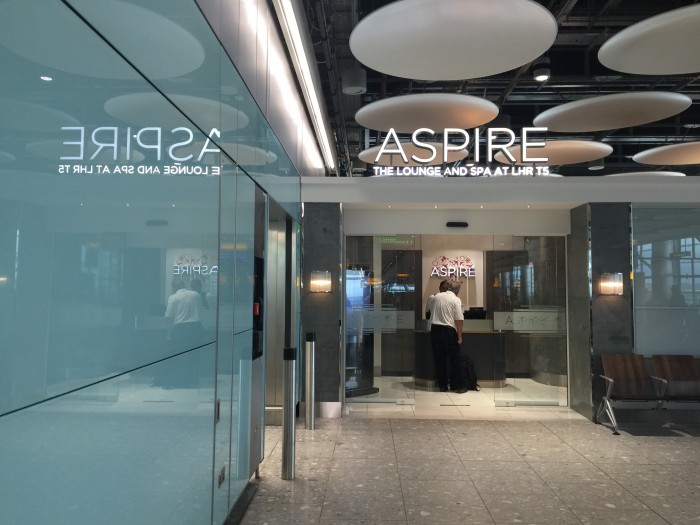 The Aspire Lounge London Heathrow is on the 2nd level in one corner of the massive building. It’s not too hard to find by following the signs. 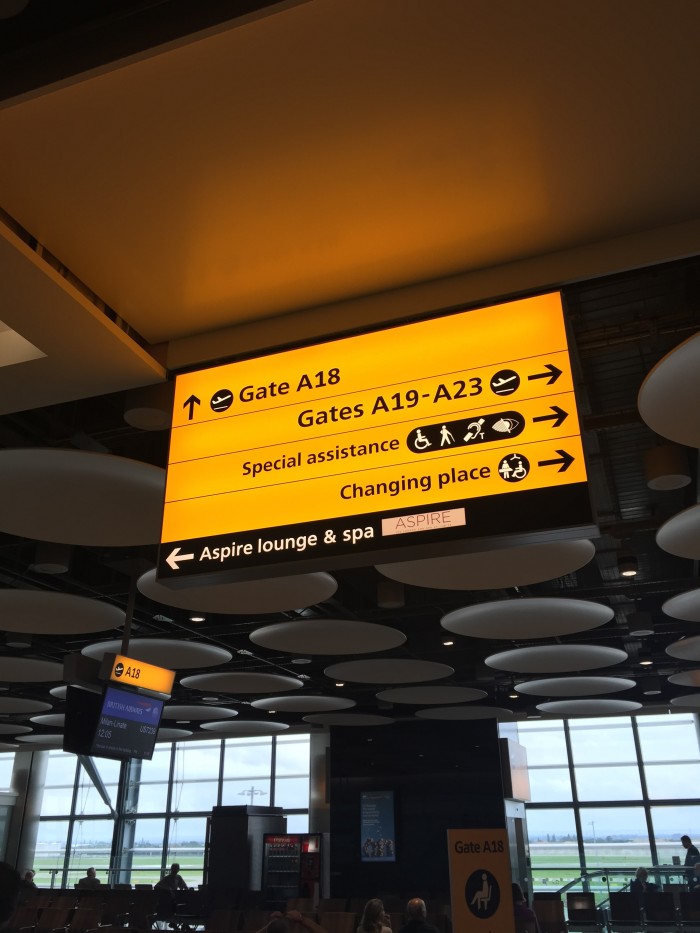 I entered the lounge, and started to explore. It was immediately clear that it was going to be difficult to find a seat. 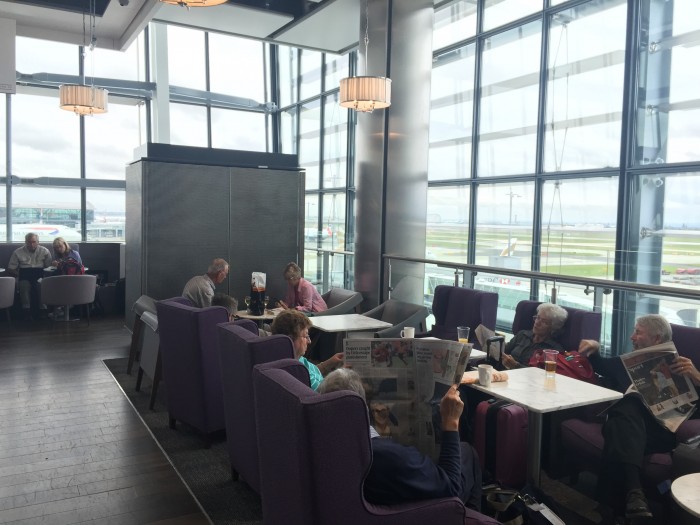 The Aspire Lounge is organized along one narrow, U-shaped hallway. There’s a bit of seating a long all of it, with a lot of the seating being at one long work counter that is not particularly comfortable. 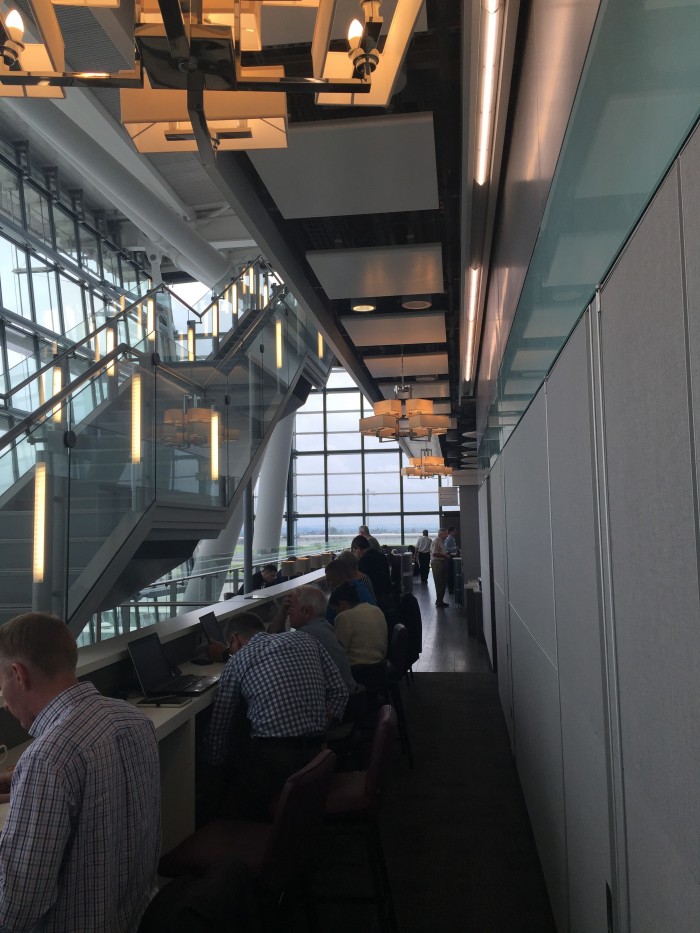 Where the Aspire Lounge does promote its comfort is in their individual rest pods. The concept is great: a small, private area where you can stretch out a bit and relax. 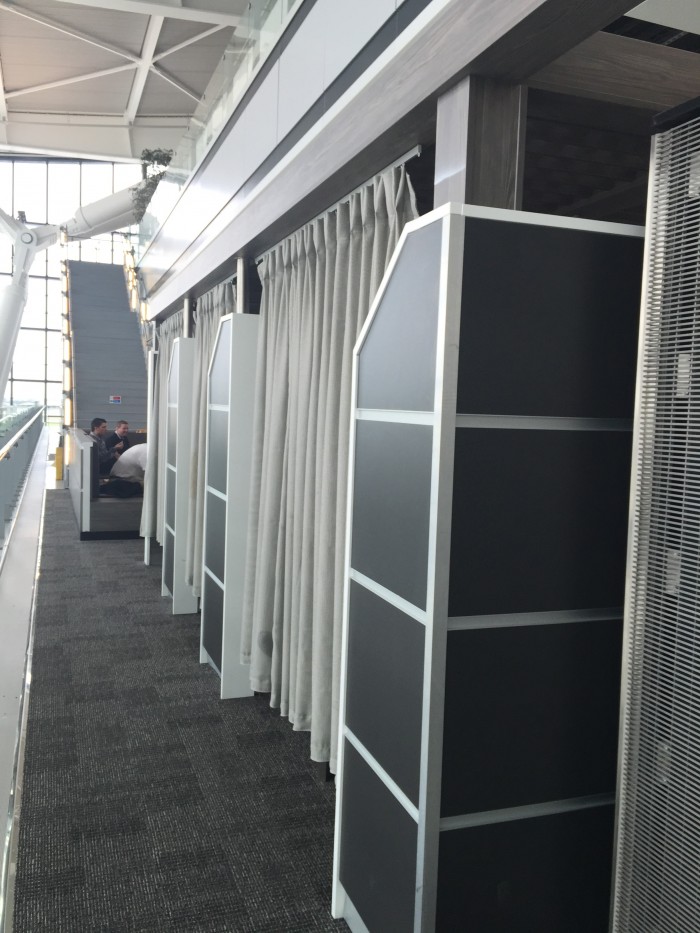 In practice, there are only a handful of these pods, and when people manage to get one, they never leave. According to the Aspire website, the pods are supposed to be reserved at the entry reception, but when I asked to reserve one, I was just told that I needed to grab one if it became available. I spent almost 2 hours in the lounge, and not one of the rest pods became available during this time. Given how crowded the rest of the lounge is, the rest pods are a terrible waste of space. They could have given more room to everyone rather than devoting so much of it to a few lucky people.

Speaking of wasted space, the Aspire Lounge at London Heathrow T5 also has spa services. The spa services are not included with the lounge entry, so I’m not sure why they need to be in the lounge itself. At the very least, they could have had bathrooms in the lounge instead, rather than having lounge visitors have to exit to use them, but more seating would also be helpful.

Don’t get me wrong, there are many great things about the Aspire Lounge. The service was great. Even though it was crowded, dirty plates were quickly removed, and everything was kept well-stocked.

Also, the food selection was better than a U.S. domestic lounge, with a few hot options as well as plenty of cold snacks. I visited during a bit of a downtime in between meals, but the lounge offers breakfast rolls, pies, quiche, and more throughout the day. 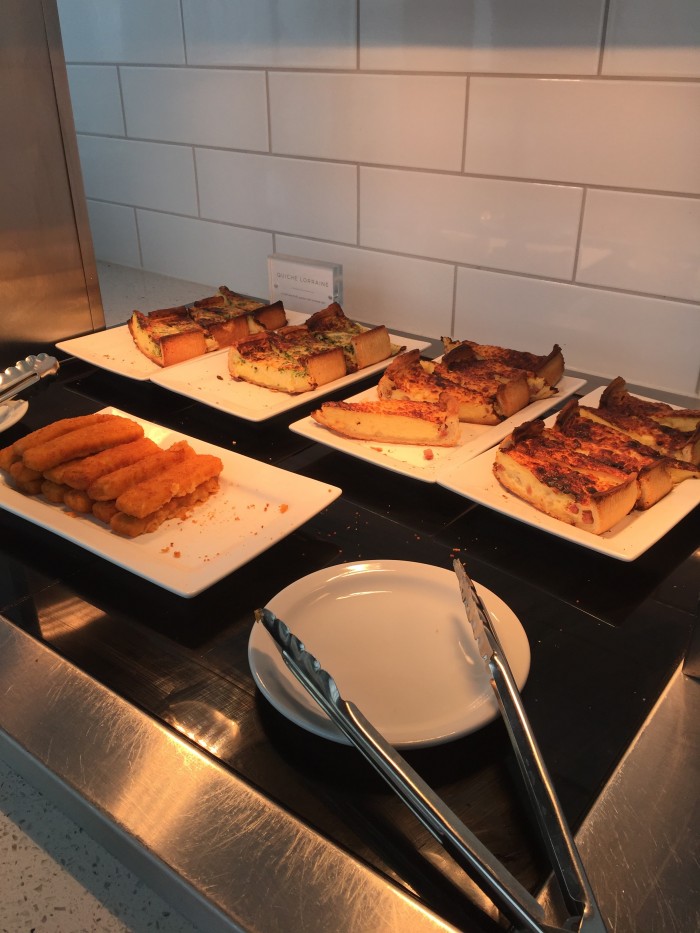 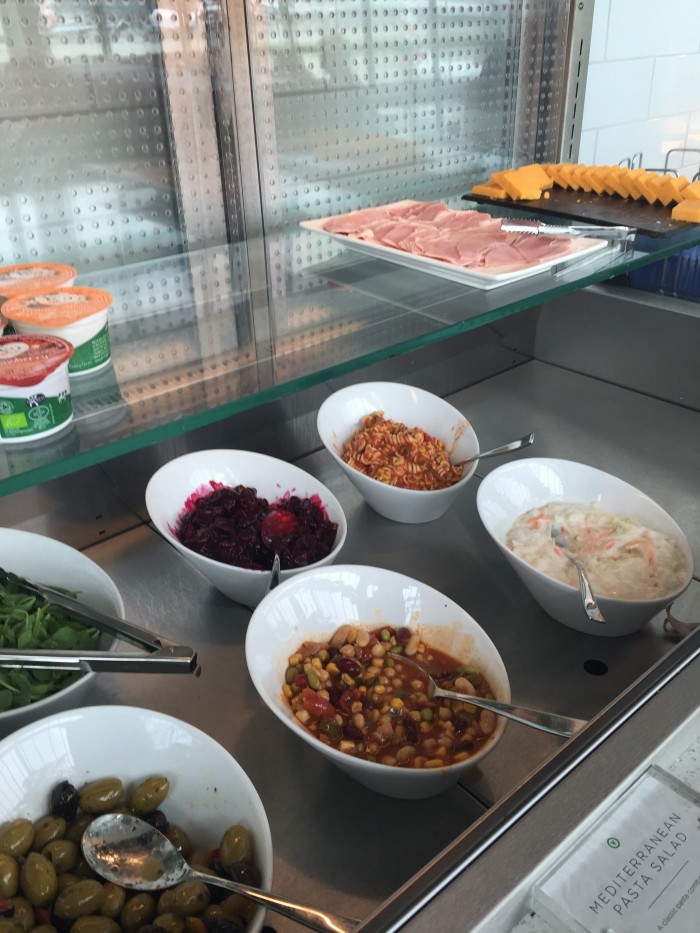 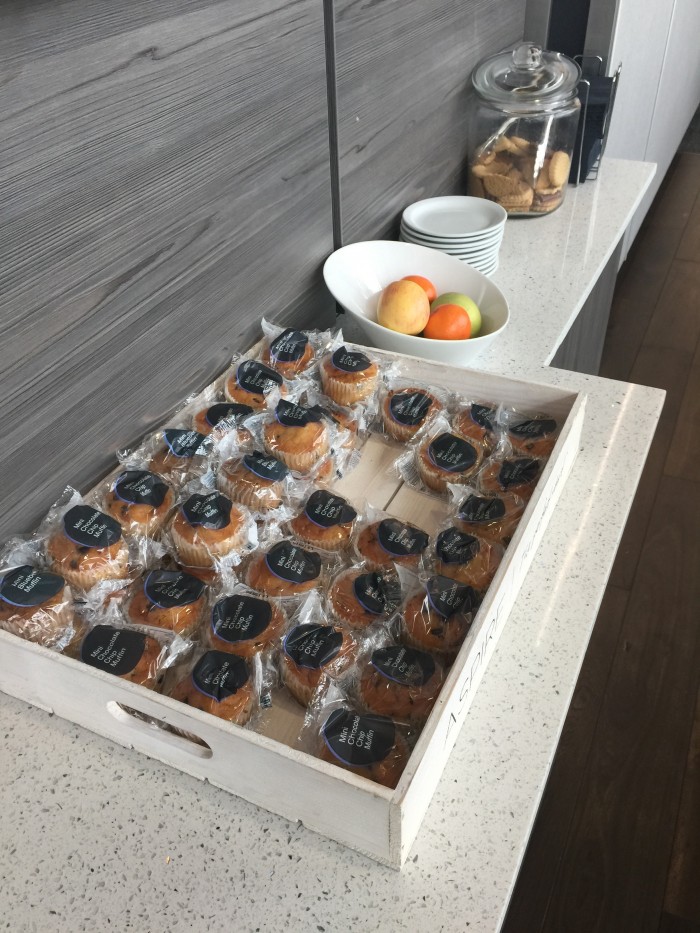 The bar also had a nice selection of complimentary drinks, though some of them have a premium fee. 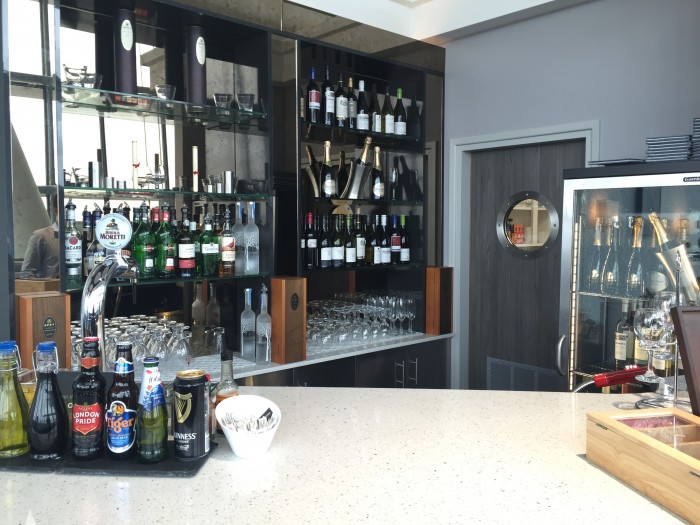 The main issue with the Aspire Lounge in Heathrow is that it tries to do too much, and as a result, does nothing as well as it could. Had they just focused on the food, drinks, and seating, it would be a great lounge, but with the rest pods & spa taking up half the space, the rest feels cramped and less appealing.

If you can access the British Airways lounges in Heathrow’s Terminal 5, they are far nicer. At £35 for one-time access, the Aspire Lounge is pretty steep. If there was actually enough space to properly relax, it could be worth it, but it’s about as hectic as the terminal below, so if I didn’t have Priority Pass access, I’d opt for a nice meal & drinks in one of the other restaurants instead.