After spending a few days in Copenhagen to conclude my trip, it was time to head home. On my way, I would have an overnight stop in Dusseldorf, but first, I had to fly there.

Before my flight, I had some time to kill, so I headed to one of the lounges in Copenhagen’s Terminal 2. On a previous trip, I had been to the Aviator Airport Lounge Copenhagen CPH, so this time I headed to a different lounge, the Aspire Lounge. Both can be accessed with a Priority Pass membership. 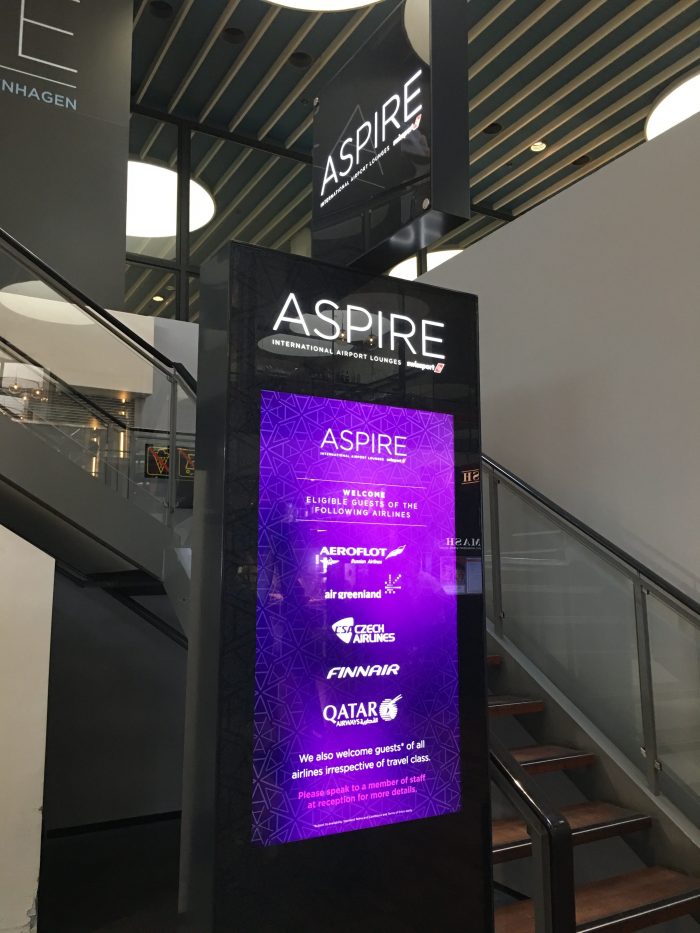 The lounges are fairly similar, but there was one key difference. Likely because it’s located further through the terminal, the Aspire Lounge seems to be way less crowded, as most people with lounge access just go to the first lounge they see. This was good, as the terminal was absolutely mobbed that afternoon. Rarely have I been so glad to be able to escape the crowds.

The Aspire Lounge was decently sized, with plenty of room to relax with different seating types. Given how packed the rest of the airport was, I was quite surprised to see how empty it was. 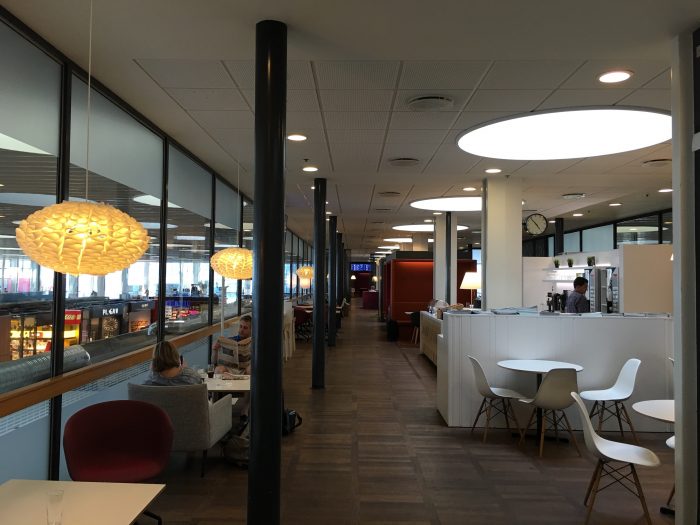 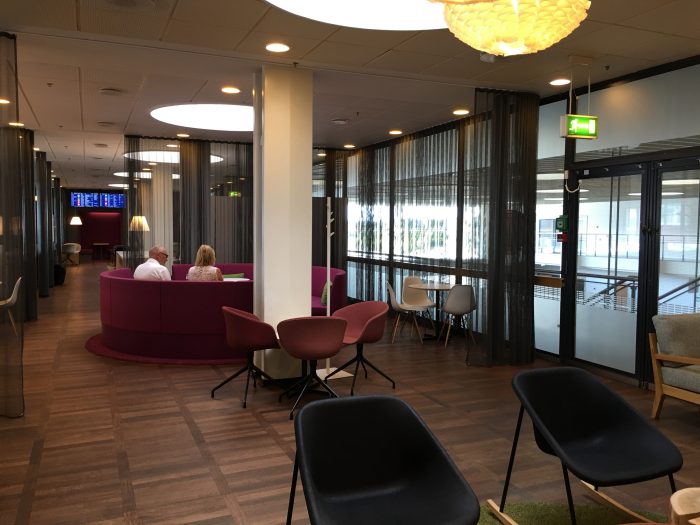 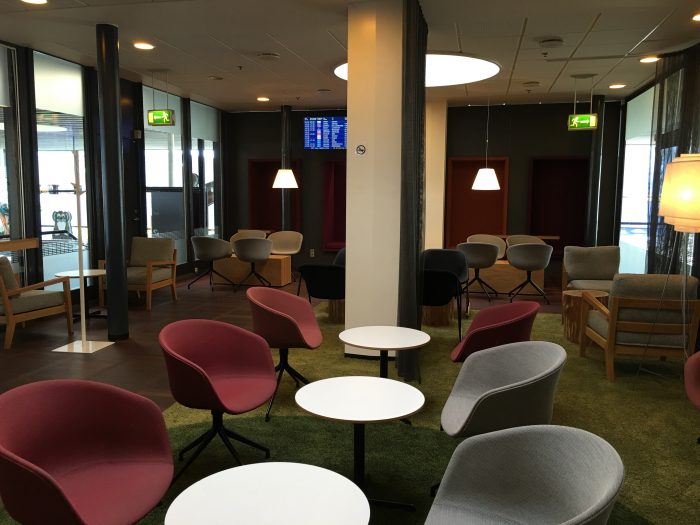 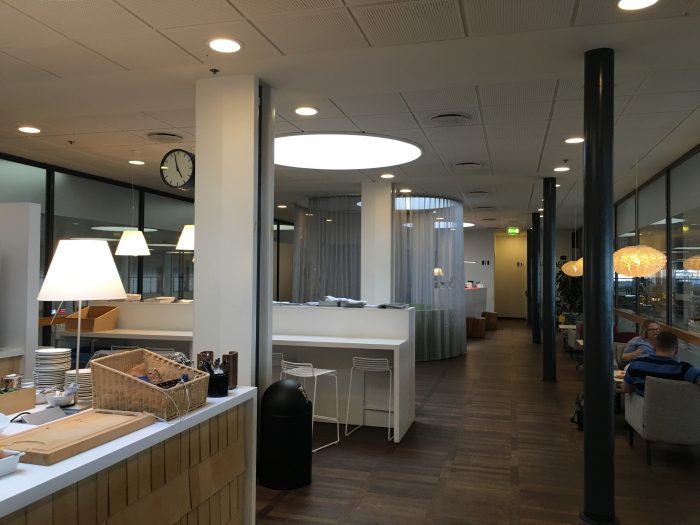 There were family pods available, which was cool. 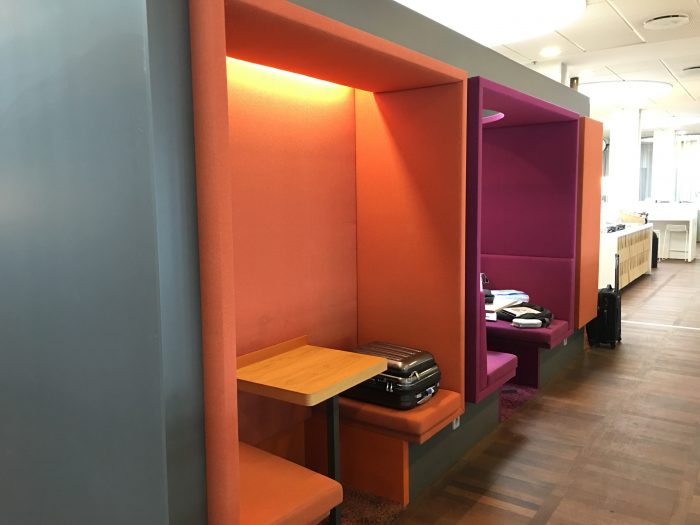 There was also a smoking room, which was less cool, as you could smell it a little bit as you walked past. 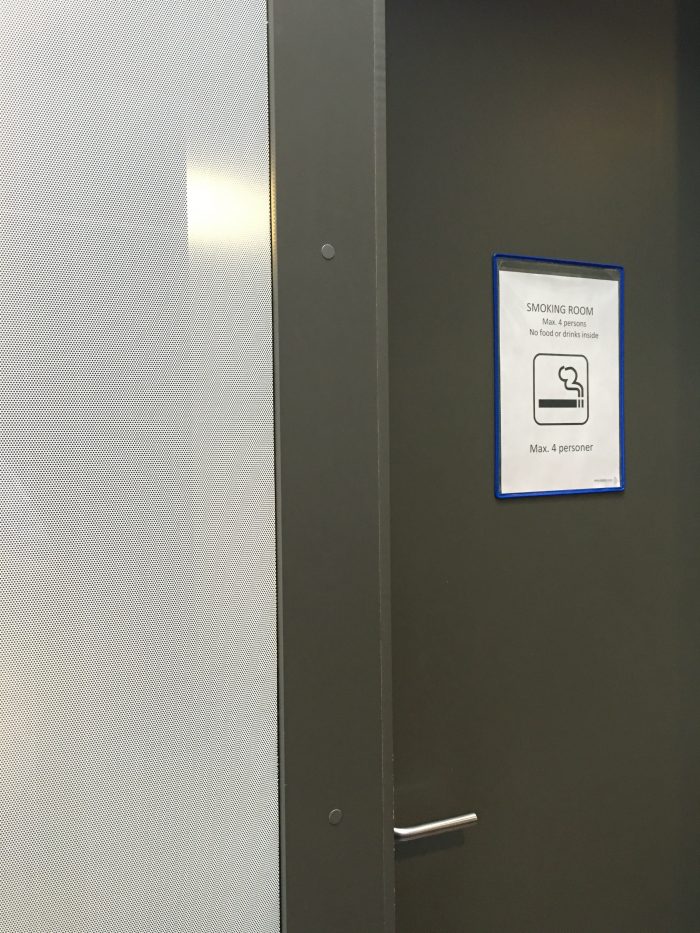 As far as food, it was a fairly standard cold lounge spread. There were lots of breads, some cheese and meat, some soup, and some other snacks. 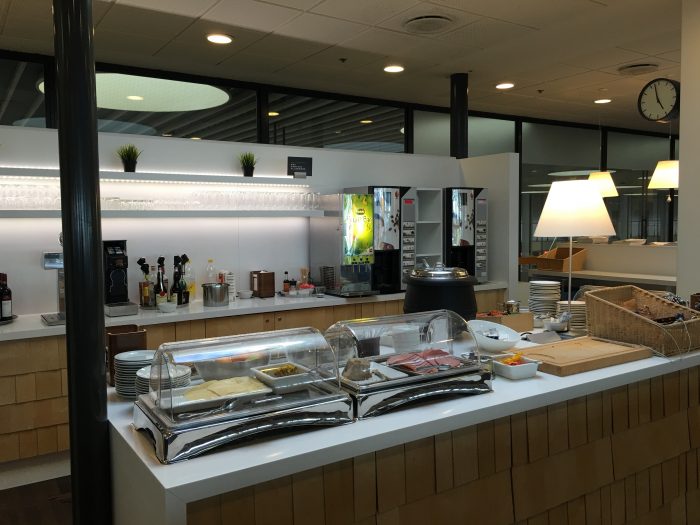 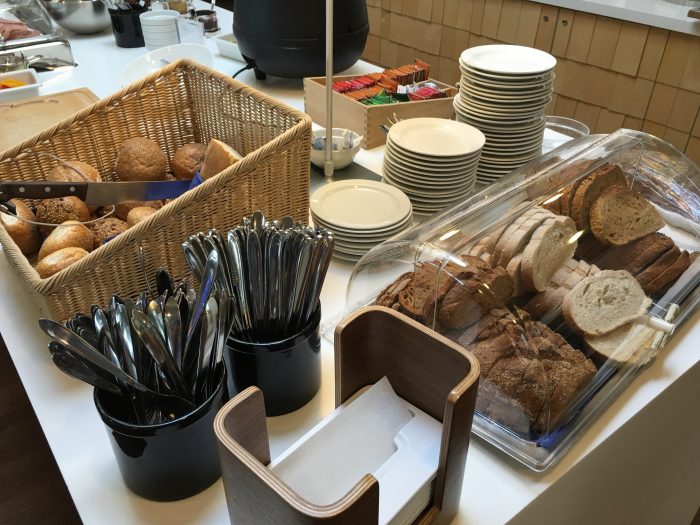 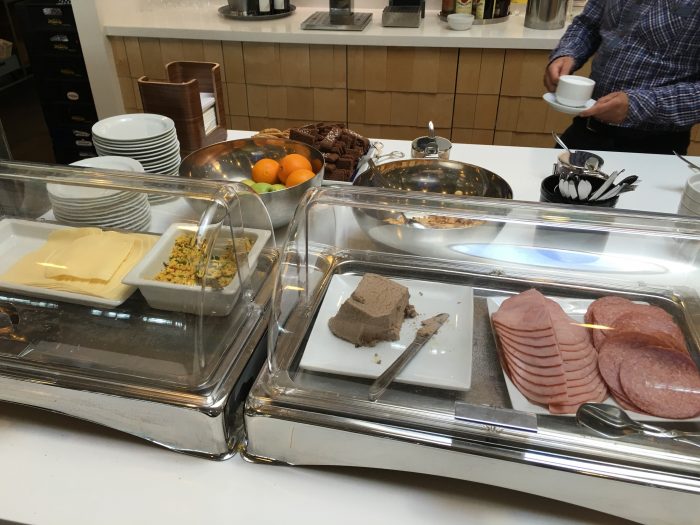 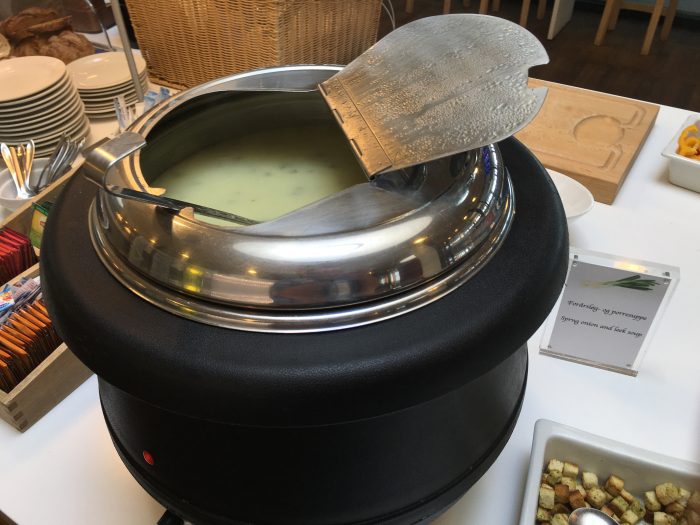 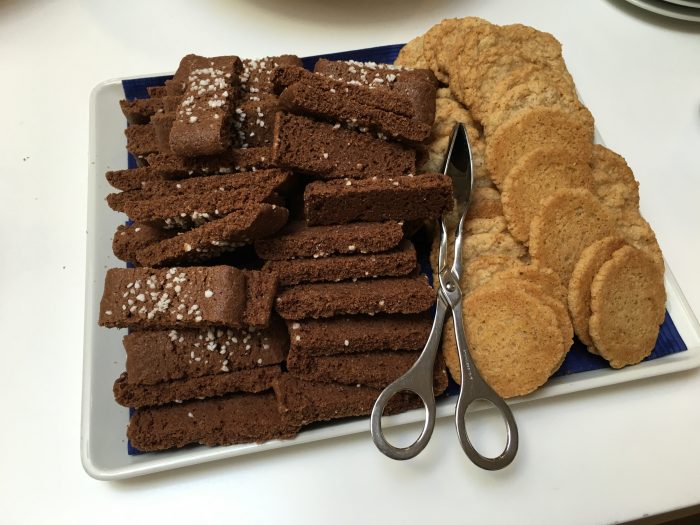 The lounge was stocked with beer, wine, and cheap liquor. 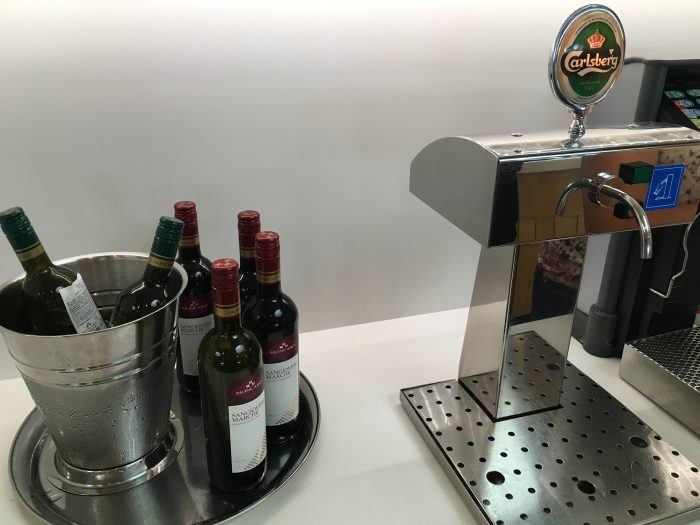 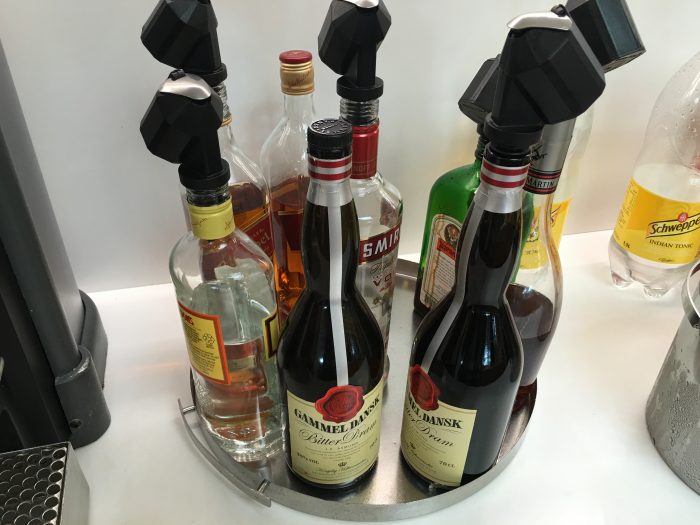 At the back, there was a fancier coffee machine. 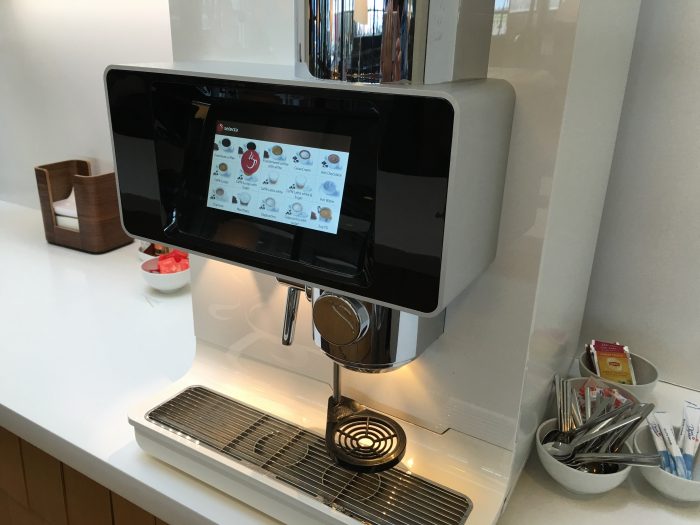