Founded in 1565, St. Augustine, Florida is the oldest city in the United States that was established by Europeans. In a city so old, you’d expect to find lots of interesting history, which is definitely the case with St. Augustine. However, in addition to this deep history, St. Augustine also has plenty of other things to see & do, including great restaurants, bars, shopping, & more. As a result, St. Augustine makes for a nice weekend getaway, as predicted by railroad tycoon Henry Flagler, who helped grow it as a tourist destination. Here is my guide to a great weekend in St. Augustine. 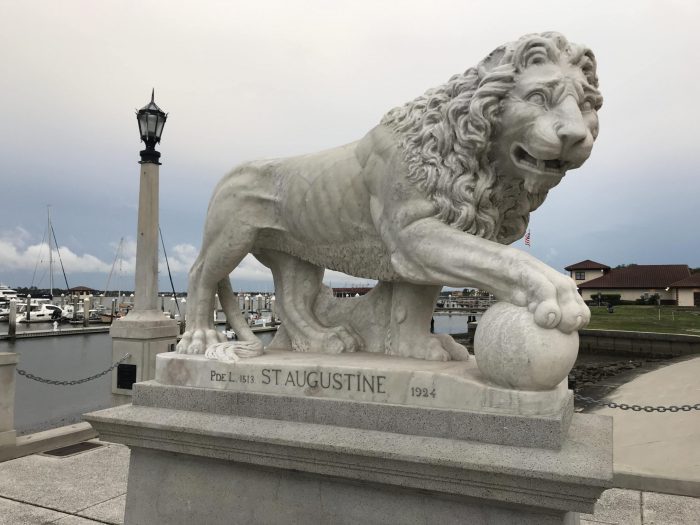 Getting to St. Augustine, Florida

St. Augustine is in northern Florida, just off of I-95. In addition to the cities mentioned above, Miami is a 4-5 hour drive away from St. Augustine, Atlanta a 5.5-6 hour drive, and New Orleans is 8 hours away.

If you are staying in the historic downtown St. Augustine, it’s easy to get around by walking (though the Florida weather might not make this too pleasant depending on the season). The closest Amtrak station to St. Augustine is in Palatka, Florida, about 45 minutes drive away. St. Augustine is also reachable by Greyhound bus.

What to see & do in St. Augustine

While there’s plenty to see & do across all of St. Augustine, this weekend itinerary will mostly focus on historic St. Augustine, home to most of the tourist sights, plus many of the best bars & restaurants.

Castillo de San Marcos is a fort that was first built by the Spanish. From the start of construction in 1672 to the present day, it changed hands several times. Nowadays, it’s a National Monument operated by the National Park Service. If you visit, and you are planning on going to other great National Parks in the next year, I recommend getting an Annual Pass. 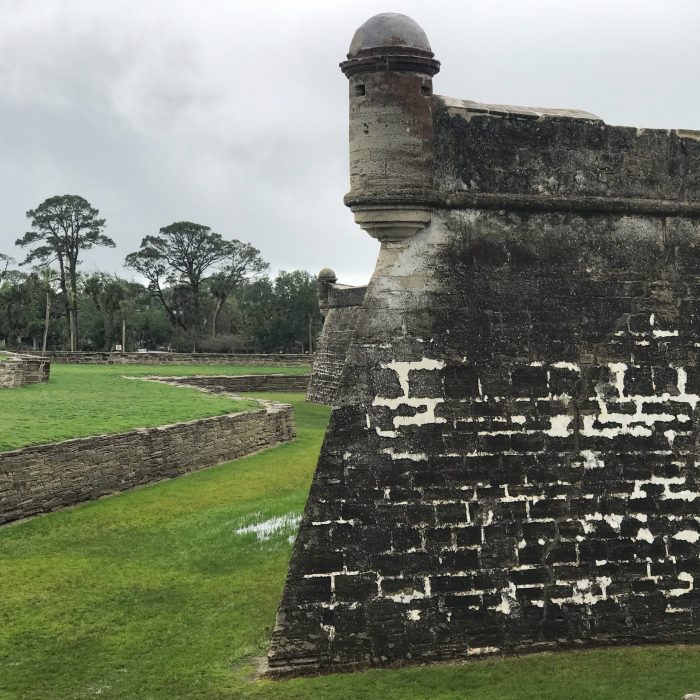 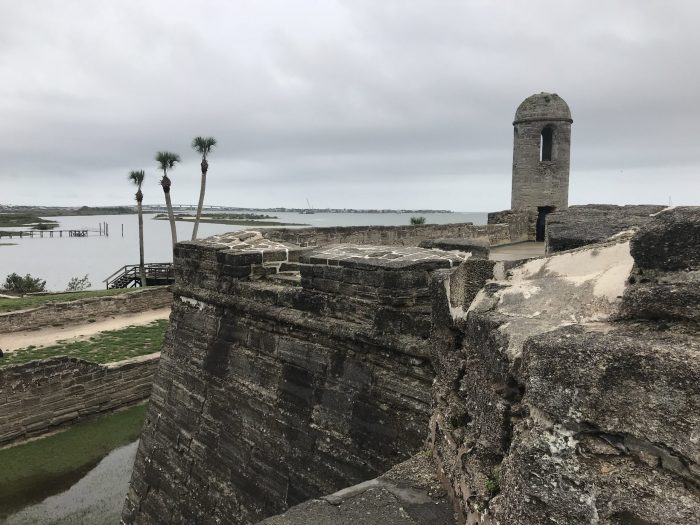 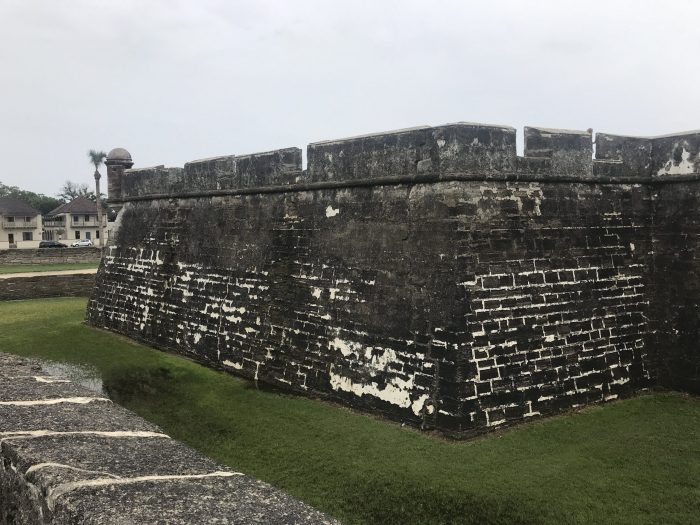 There are few places in the United States where history goes back this far, so there’s plenty to learn about at Castillo de San Marcos. Even if history isn’t your thing, the impressive bastions & battlements are fun to explore for adults & kids alike. Be on the lookout for historic graffiti & carvings! 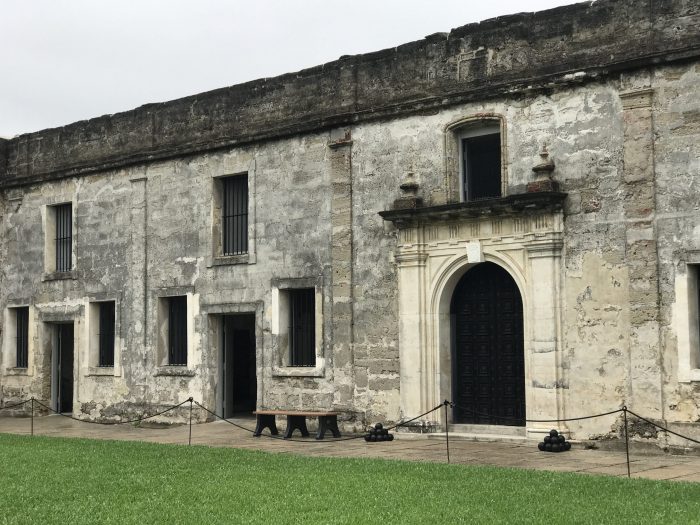 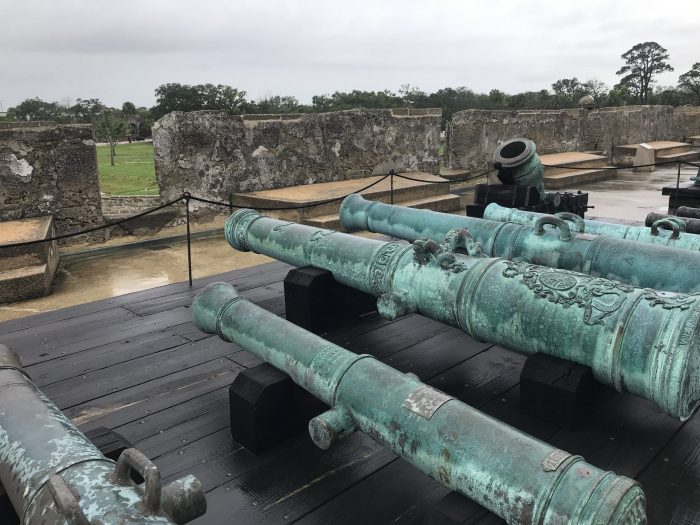 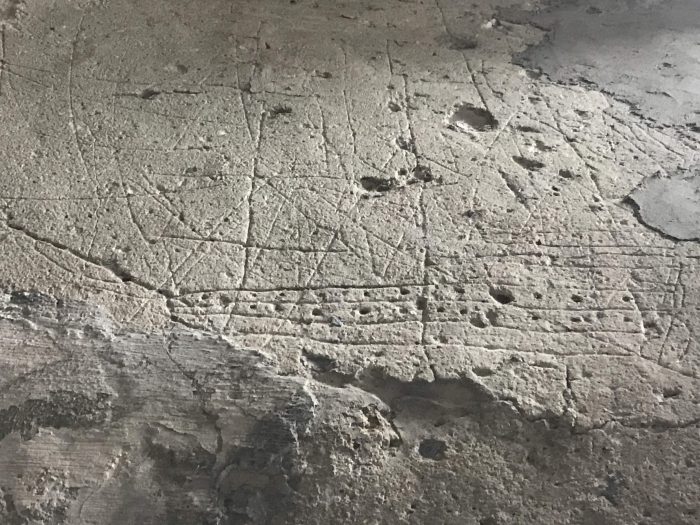 Historical reenactments are part of the educational programs at Castillo de San Marcos. Each day, a cannon demonstration is held on the roof of the fortress, showing what a battle for St. Augustine would have looked like. 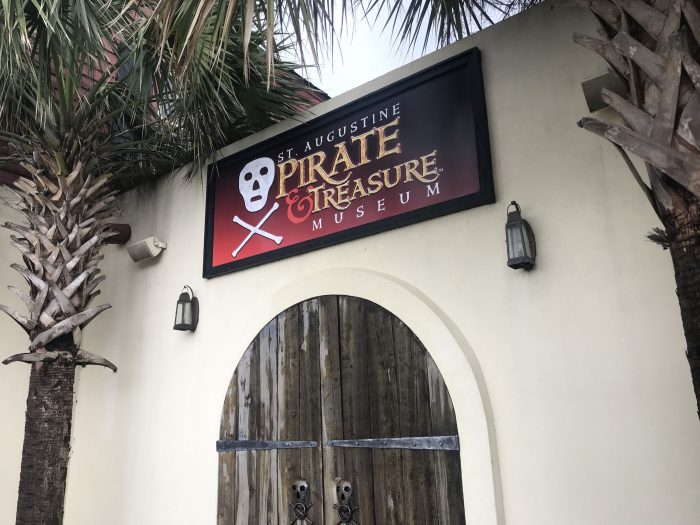 The St. Augustine Pirate & Treasure Museum moved from Key West to St. Augustine in 2010. The museum has the largest collection of pirate artifacts in the world, including Blackbeard’s blunderbuss, an original Jolly Roger flag, cannons, and treasure. This is probably the most family-friendly activity in St. Augustine, so be sure to bring the kids for this one.

Juan Ponce de León will always be connected with the search for the supposed Fountain of Youth. While that may never have existed, it’s true that St. Augustine is the oldest continuously inhabited European settlement in North America. Ponce de Leon’s Fountain of Youth Archaeological Park originally started at this site with little evidence that it had anything to do with Ponce de Leon’s search, but more recent archeological research has found that it indeed was here in this area where the Spanish first built a mission & started what would become St. Augustine.

The park is home to an array of artifacts & archaeological findings from both the native Timucua & the Spanish colonists, as well as recreations of buildings from the era & live shows. And yes, there is a spring that you can drink from in search of eternal youth, or you can try your luck at the breweries, distillery, and winery listed below.

Be on the lookout for historical markers all around St. Augustine, especially in historic Lincolnville. In addition to the history of the colonial era, there are also markers denoting important events during the civil rights era. 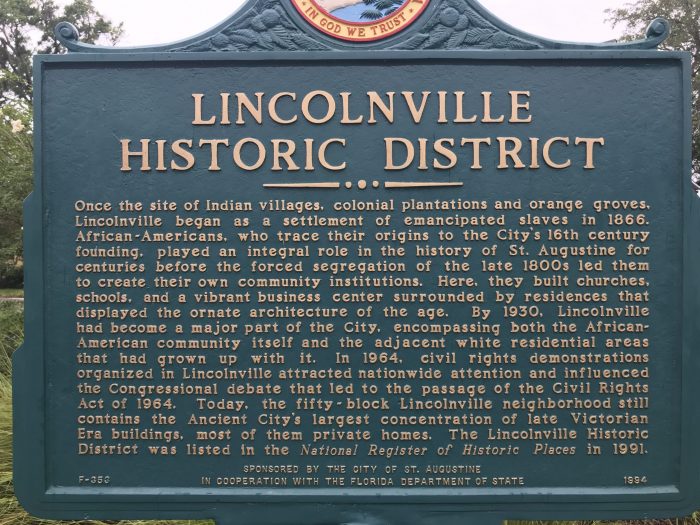 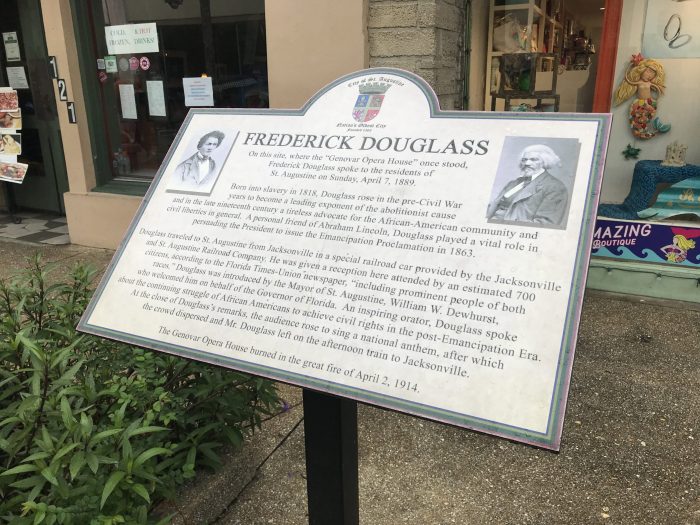 Plaza De La Constitucion is filled with memorials & monuments. The Historic Public Market at the eastern end of the plaza leaves an important historical element out of its name on Google Maps. It was here where enslaved people were brought right off of ships & sold. It is only in recent years that this dark past has begun to be properly recognized. This detailed history does a terrific job of outlining the background of the Old Slave Market. 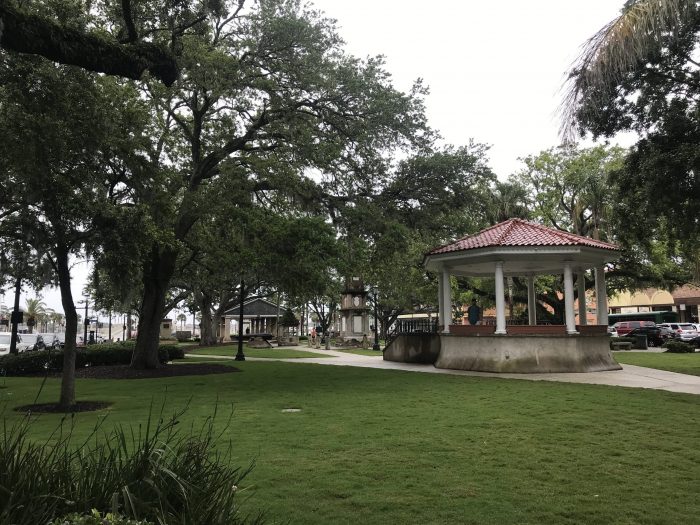 Plaza De La Constitucion’s Andrew Young Crossing commemorates the 1964 march where, at the behest of Dr. Martin Luther King, Jr., Andrew Young led peaceful protesters toward the plaza, only to be attacked and beaten by a mob that was waiting for them. 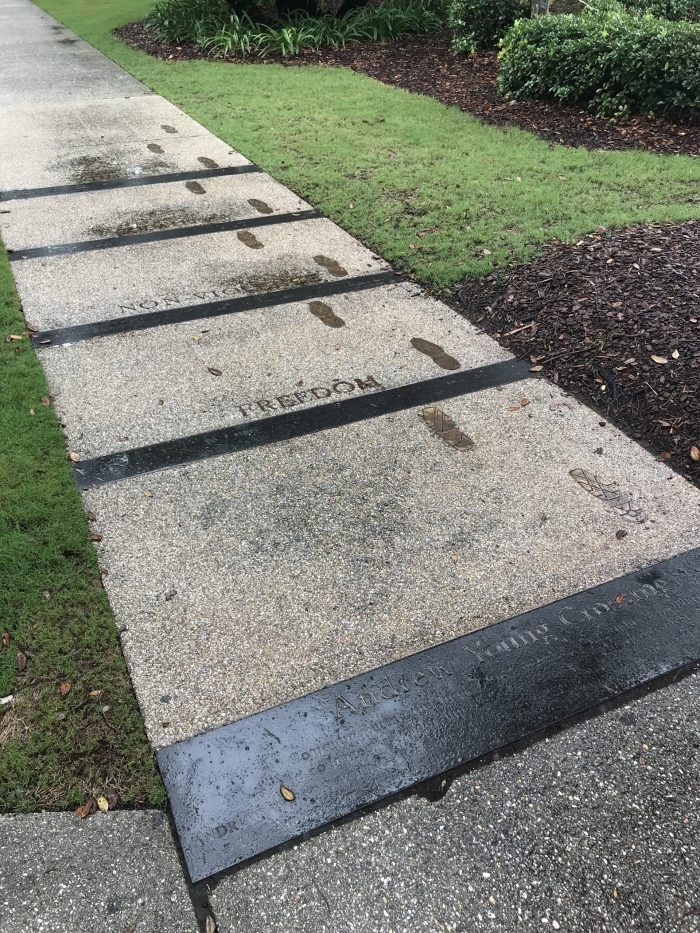 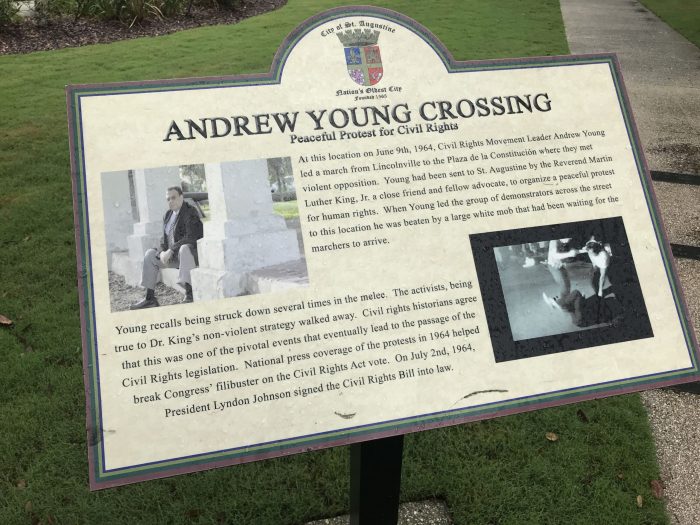 If you’re interested in learning more about this history, St. Augustine Black Heritage and Civil Rights Tours offers informative walks around the city. 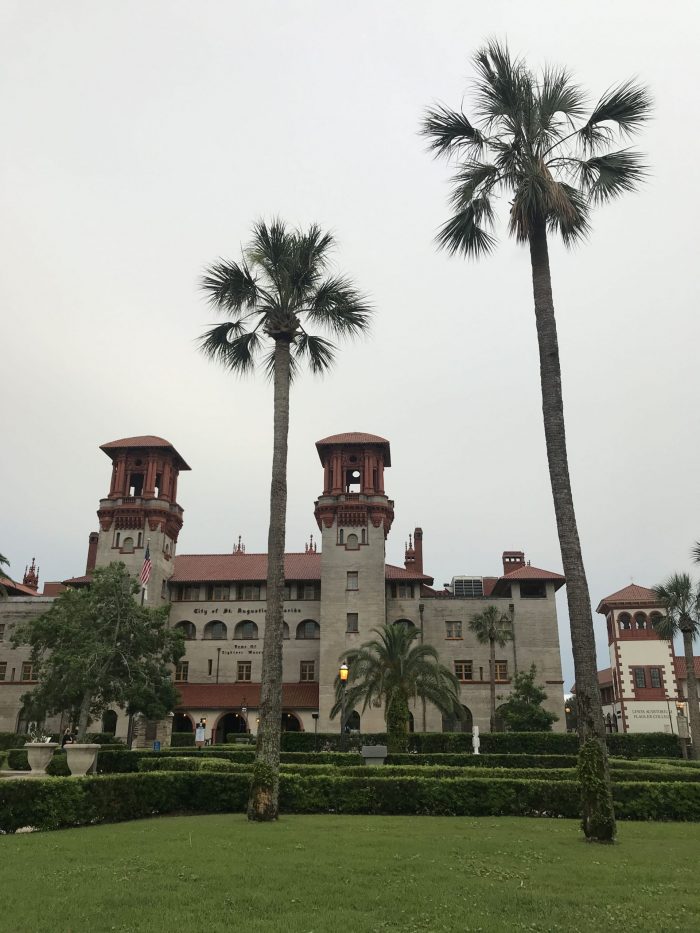 St. Augustine’s Lightner Museum is housed in the former Alcazar Hotel. The museum has an array of galleries with a focus on the Gilded Age, with fine & decorative art from the 19th century.

Other museums in St. Augustine

In addition to the museums & historical sites above, there are several other notable museums in St. Augustine, including the St Augustine Lighthouse & Maritime Museum, the Villa Zorayda Museum, the Spanish Military Hospital Museum, the Ximenez-Fatio House Museum, the Oldest Wooden School House, & Colonial Quarter.

There’s plenty of shopping in St. Augustine, with the largest concentration of shops being located along St. George Street. 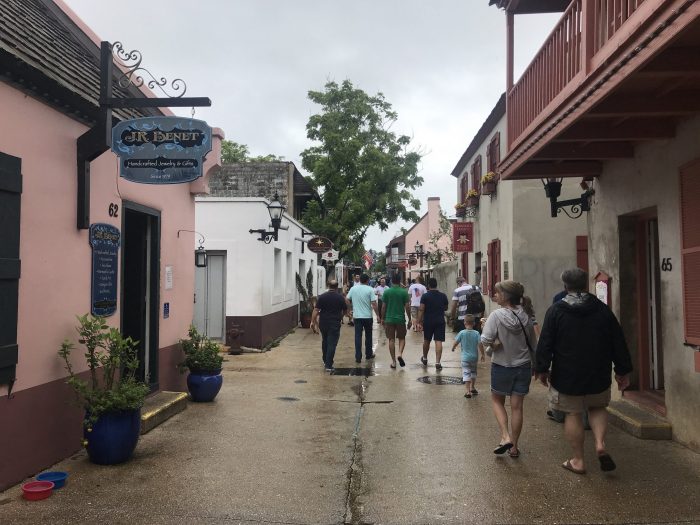 This is just part of the many things going on in the city, here are even more things to see & do in St. Augustine according to Tripadvisor as well as some interesting St. Augustine tours.

Where to eat & drink in St. Augustine

There are plenty of great places to eat in St. Augustine. Here are a couple of my favorites from when I took my St. Augustine weekend trip.

Brunch fans rejoice! The Blue Hen Cafe is the place to go. As you might expect, weekends get quite busy here, but it’s worth the wait. Try the chicken biscuit, pineapple line mimosas, or something with the datil peppers that can be found everywhere in St. Augustine. 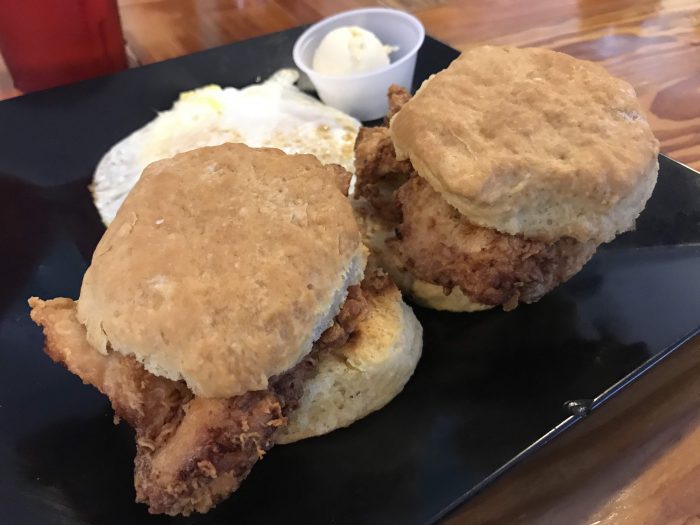 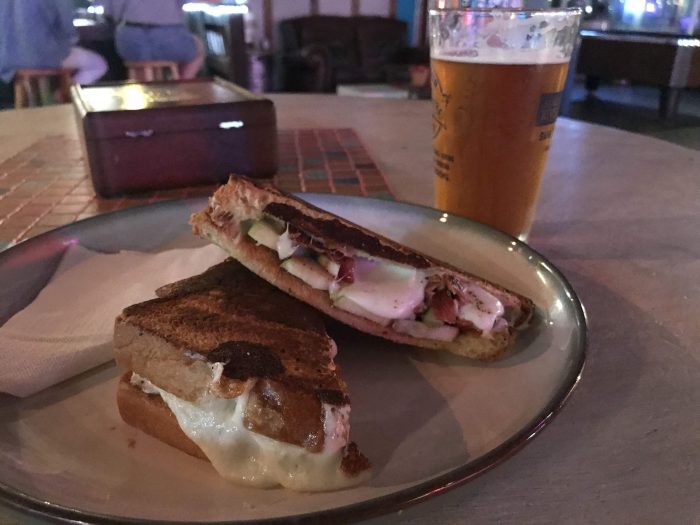 Other restaurants in St. Augustine 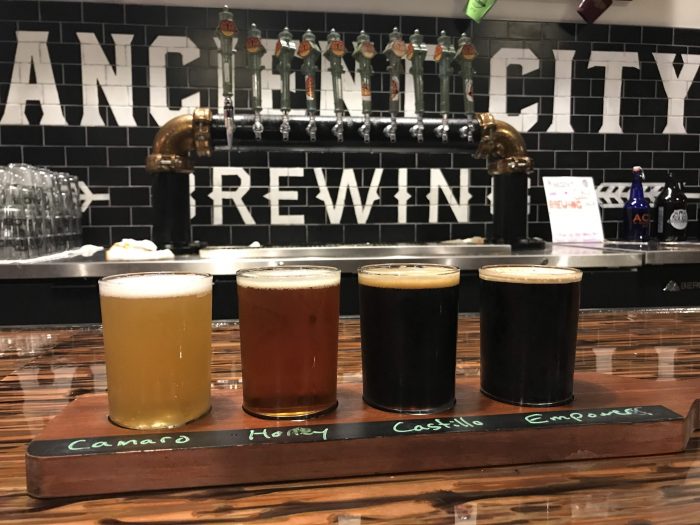 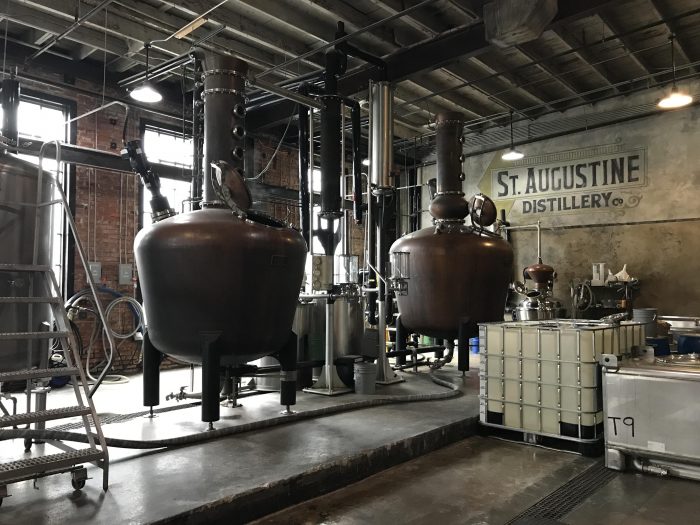 Wine drinkers are also covered in St. Augustine. San Sebastian Winery offers tours & tastings at their downtown tasting room, which features wines made from their vineyards around Florida.

Where to stay in St. Augustine

There are plenty of great hotels in St. Augustine for every budget level. I stayed at the TRYP by Wyndham Sebastian St. Augustine, which was a great mid-budget option. For a luxury or boutique hotel experience, try the Marker 8 Hotel & Marina, The Collector Luxury Inn & Gardens, or the Carriage Way Inn Bed & Breakfast. For budget travelers on a weekend in St. Augustine, the Cozy Inn & the Southern Oaks Inn have great ratings. Go here for even more St. Augustine hotel options or here for AirBnbs. 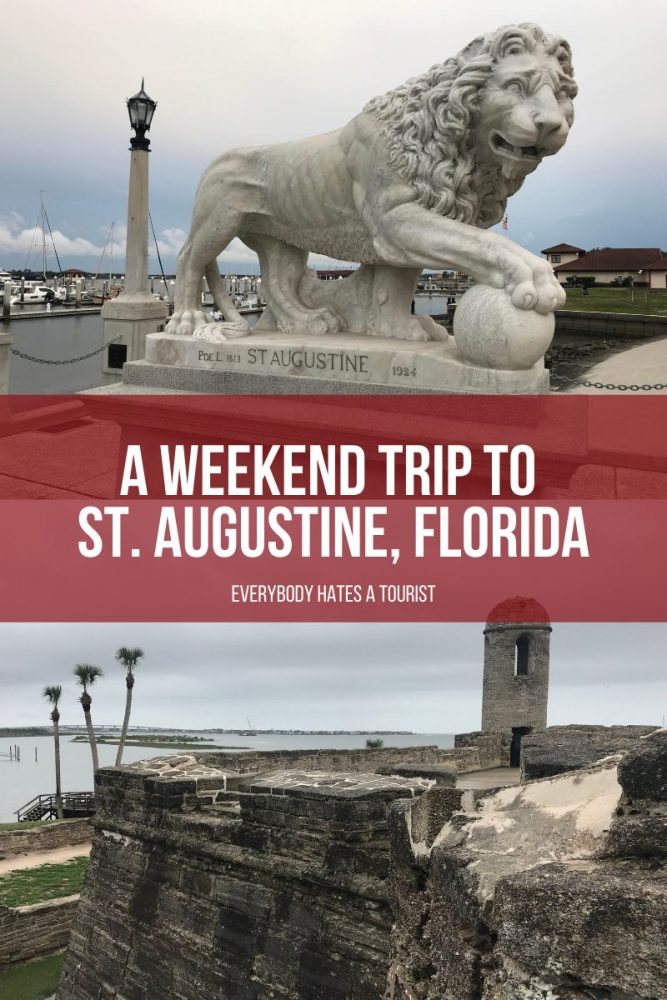