Český Krumlov is a beautiful UNESCO World Heritage Site popular with day trippers from Prague. However, both the town itself & the area around it are worthy of a much longer visit. On the first day of my visit to the area, hosted by South Bohemia, we spent the afternoon & evening relaxing at the Svachovka Resort, which is located just outside of Český Krumlov. 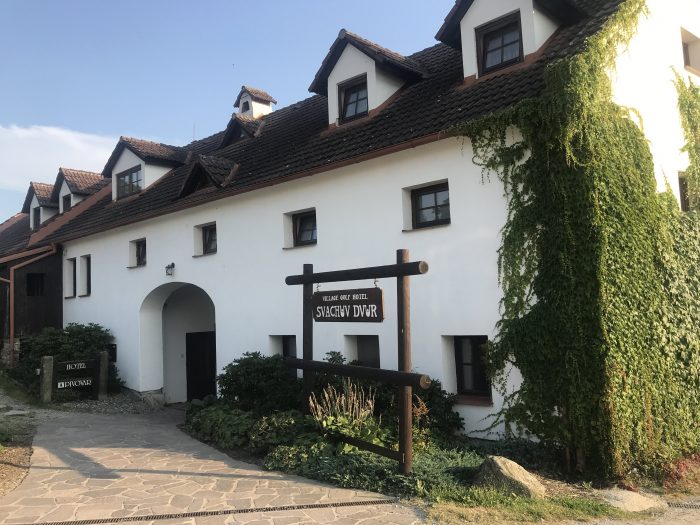 has a little bit of something for everyone. Upon our arrival, we quickly checked into our hotel rooms before getting a tour of the property. 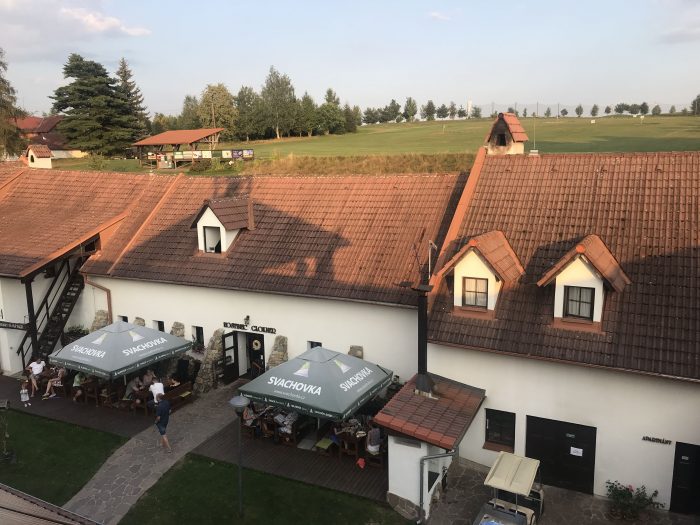 is the 18-hole golf course that surrounds the complex. I’m obviously not a golfer, so while the course made for a pretty landscape, I was much more interested in the next two stops of our tour: the brewery & the distillery. 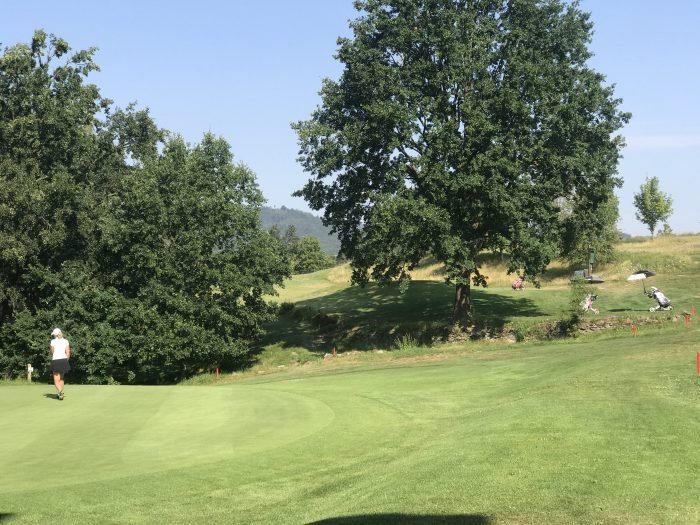 We started by checking out the brewery, Pivovar Glockner, which opened in 2013. The brewery is named after the old Czech word for “bell”, which is appropriate since the brewing operation is located beneath a bell tower. 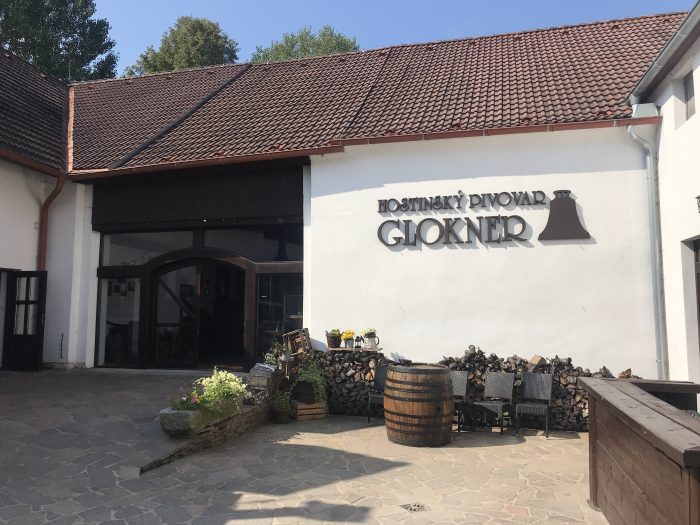 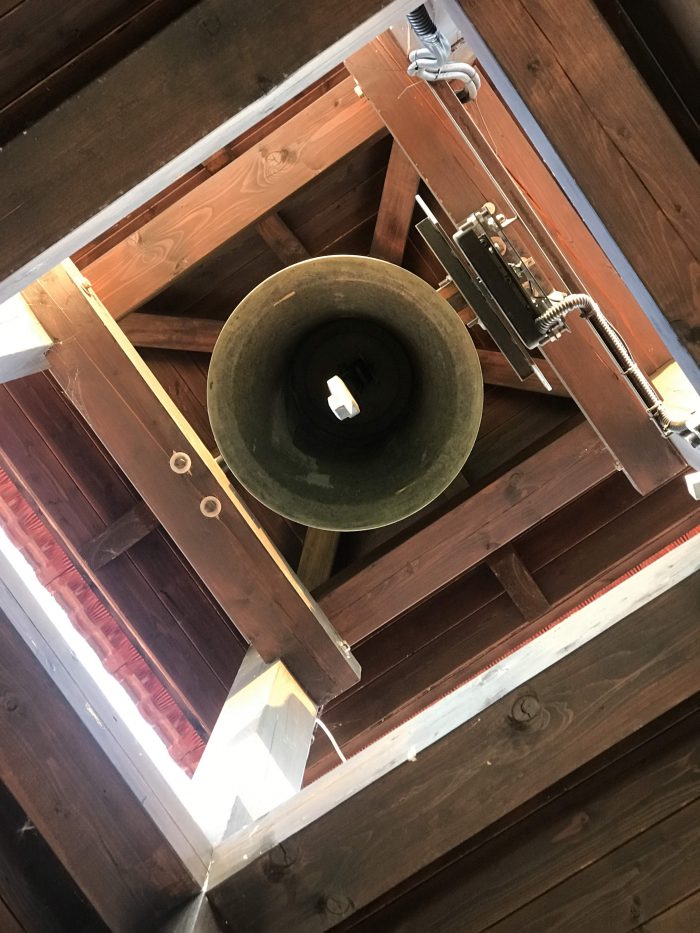 Glockner is a small operation, producing just 100 hectoliters per year, only for on site sales. 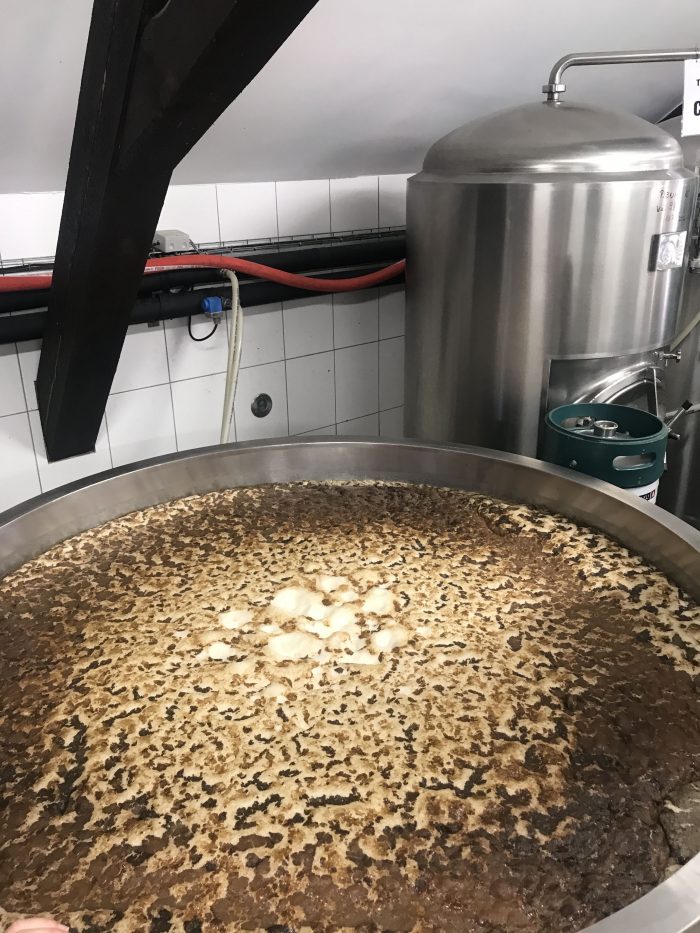 Between the tour & the rest of our stay, we were able to try a few of Glockner’s beers, including their light, dark, & IPA. They also produce special seasonal weizen, Christmas, & chocolate beers. The Glockner beer is used for other purposes as well, but we’ll get to that in a minute.

After the brewery, we then visited the distillery. Distillery Svach has been operating since 2015. It was built on former ruins on the property. Like the brewery, everything is made in small batches. The liquor is only sold on site and in two pubs. 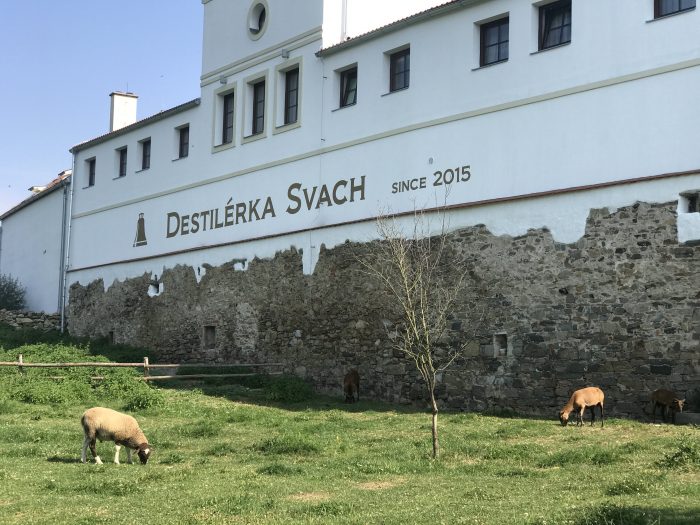 Beneath the building you’ll find the small cellar, where their Old Well Whisky awaits one more year of aging before it is released.

The tasting room is quite impressive (of course, getting to taste lots of delicious liquor makes any room more impressive). The furniture is all reclaimed wood from the ruins. We tried pear brandy, beer brandy (started with beer from the brewery), raspberry liquor, and rum made from sugar beets, along with charcuterie from the onsite farm. 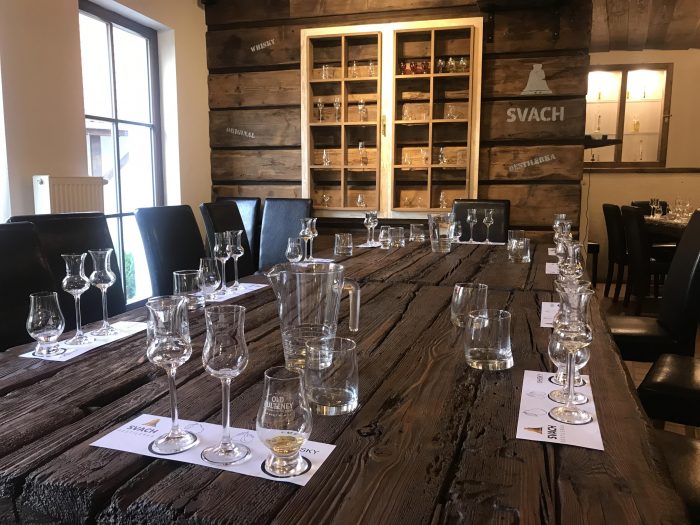 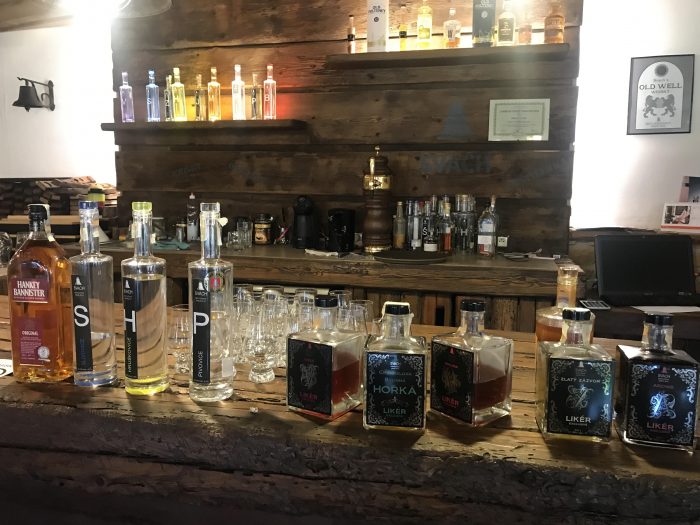 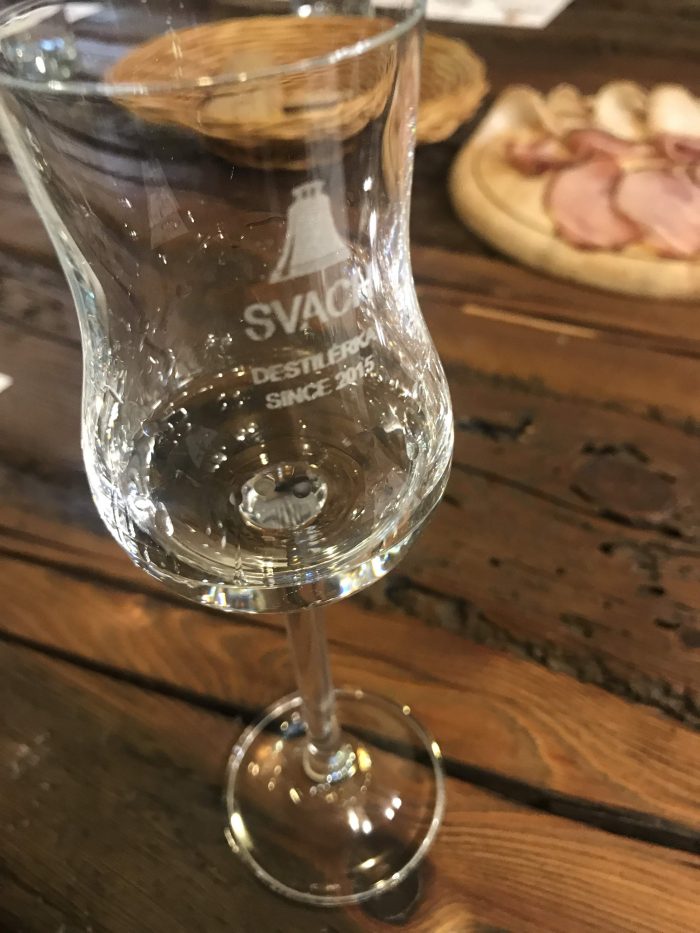 After finishing up our second round of drinks, it was time to apply some beverages externally. There are several beer spas in the Czech Republic, and it just so happens that one of them is at Svachovka.

In a beer spa, you sit in a tub of hot water that has been filled with beer ingredients. To be honest, I didn’t get too much of a brewery smell from it, but that’s probably for the best since not everyone is as enamored with that odor as I am. 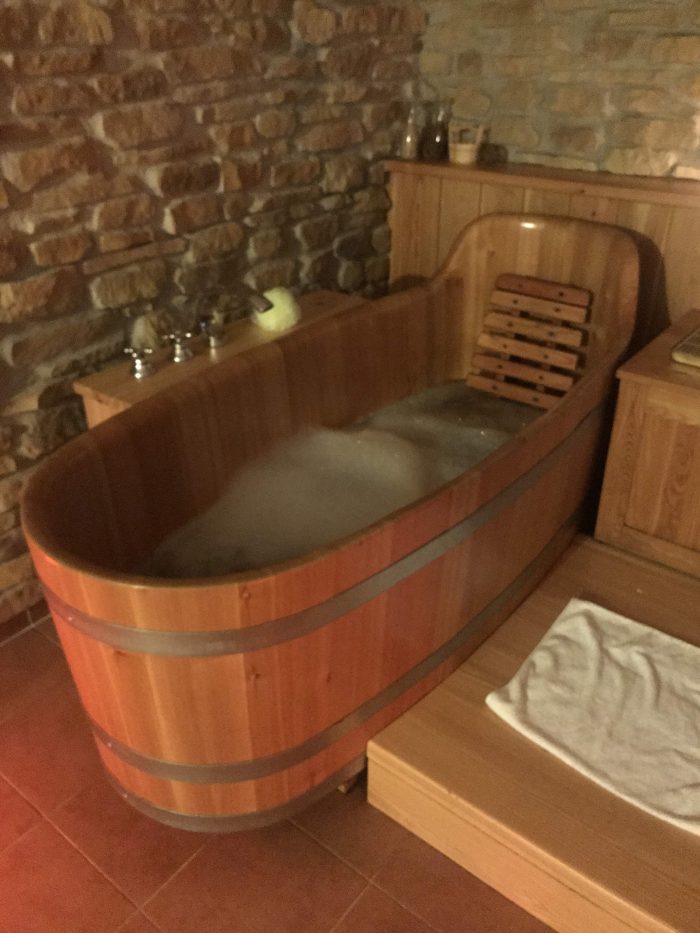 While you’re soaking, you also get as much beer as you can drink from the convenient tap. 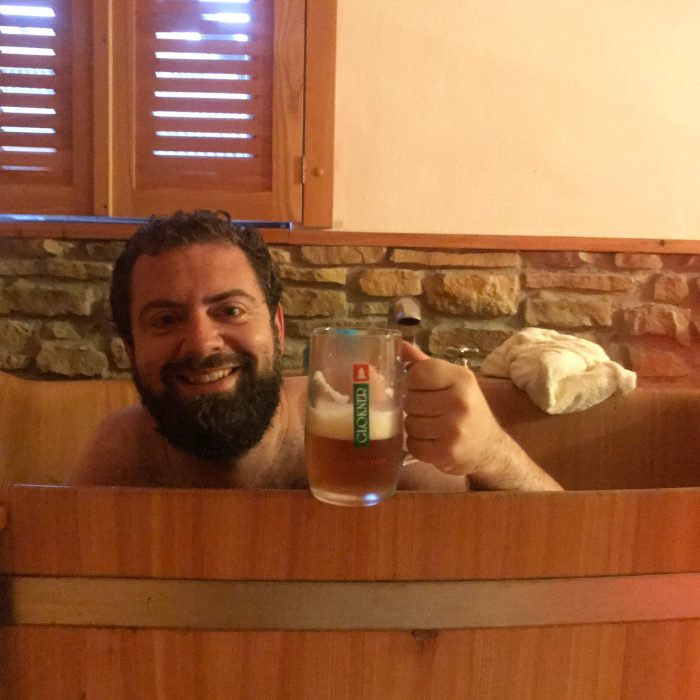 It can be a romantic experience, I assume, though in my case I was in a swimsuit and in separate beer tub from the (married) female travel blogger I had met just 24 hours earlier. It’s a good way to get to know someone. We both agreed that we wished we could have changed the music in the beer spa room, as we would have found metal & rock far more enjoyable than the new-agey mellow stuff that was supposed to be relaxing us. We would eventually rectify this by seeking out craft beer bars in Prague that played better music.

After our relaxing beer spa, it was time for dinner. Svachovka has a full Czech menu of hearty meals, though I opted for the pasta for a change of pace. 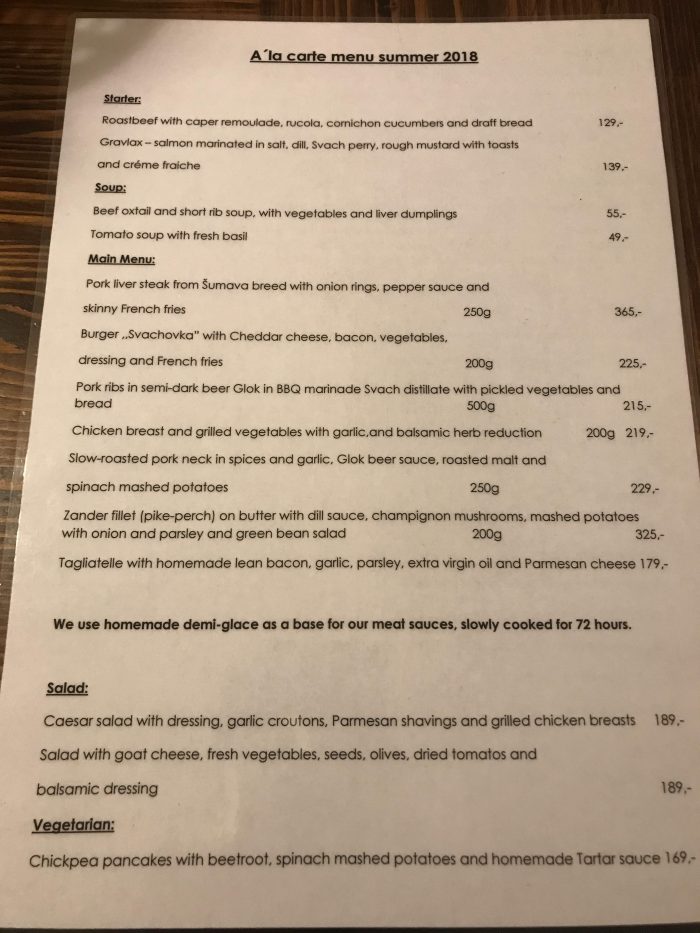 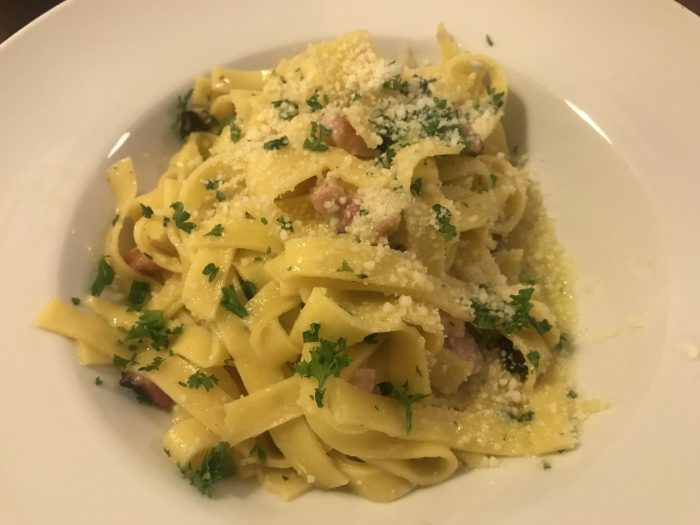 The folks who run the Svachovka Resort plan on adding new activities & businesses all the time in order to make it a year round destination. Since my visit, they have opened a chocolate shop. Workers are paid year round, even during the off season. I can’t say that this was the cause of it, but everyone we encountered was incredibly friendly, far friendlier than nearly everywhere else I visited in the Czech Republic. 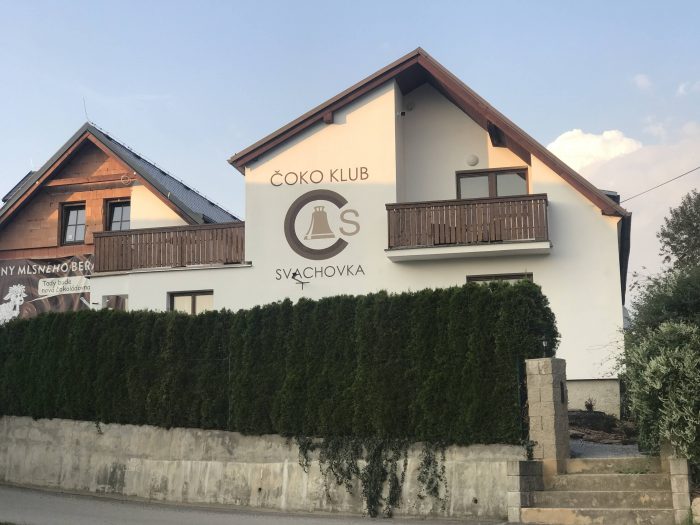 is a lovely place to stay & relax (& eat & drink!) near Český Krumlov. If you’re staying overnight in the area, it has far more to offer than the typical hotel.

Disclosure: My visit to the Svachovka Resort was part of a press trip to South Bohemia following TBEX Ostrava hosted by Visit Czech Republic & Visit South Bohemia. All thoughts are 100% my own.