My visit to South Bohemia kicked off with a visit to the Budweiser Budvar brewery in České Budějovice. In Pilsen, I had visited the pride of the region, the Pilsner Urquell brewery. Here, I would visit the other side of the friendly brewing rivalry courtesy of Visit South Bohemia. 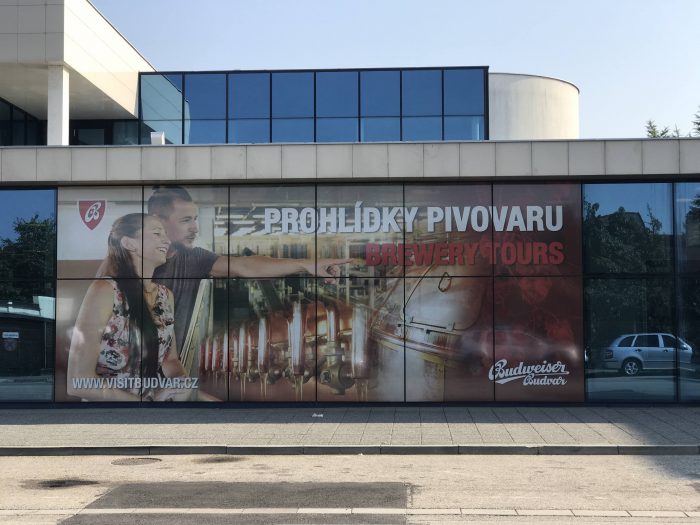 Our Budweiser Budvar tour began in the brewery gift shop. We put on hard hats & safety vests, then headed off to see the Budweiser Budvar facilities. For those who don’t want to take the tour, there is also a multimedia presentation available that lasts about 50 minutes. More tour information can be found here. 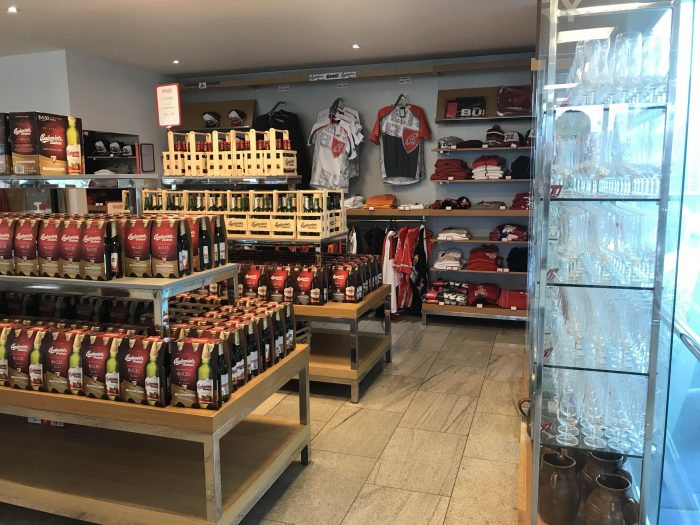 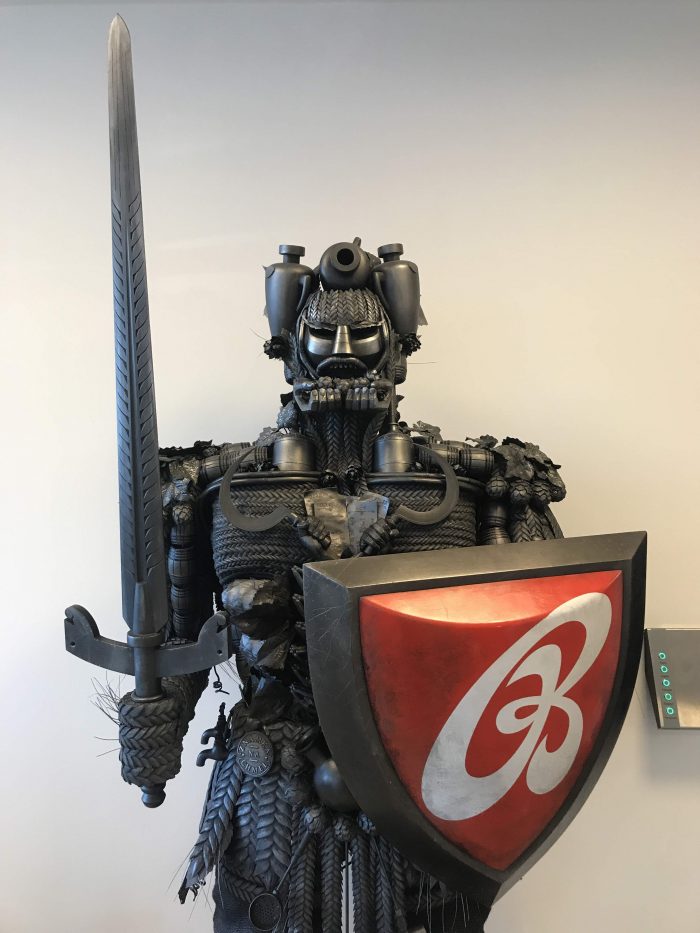 Budweiser Budvar was founded in 1895, and it has been owned by the Czech government since World War II. Our tour guide was quick to emphasis that they are still owned locally, unlike Pilsner Urquell, which is now part of a multinational conglomerate. Budvar is quite proud of this distinction. Budweiser Budvar is the second largest brewery in the country. Like Pilsner Urquell, all of their beer ingredients are Czech, so it truly is a local national beer. A daily malt train arrives with malt from Moravia, directly to the brewery. 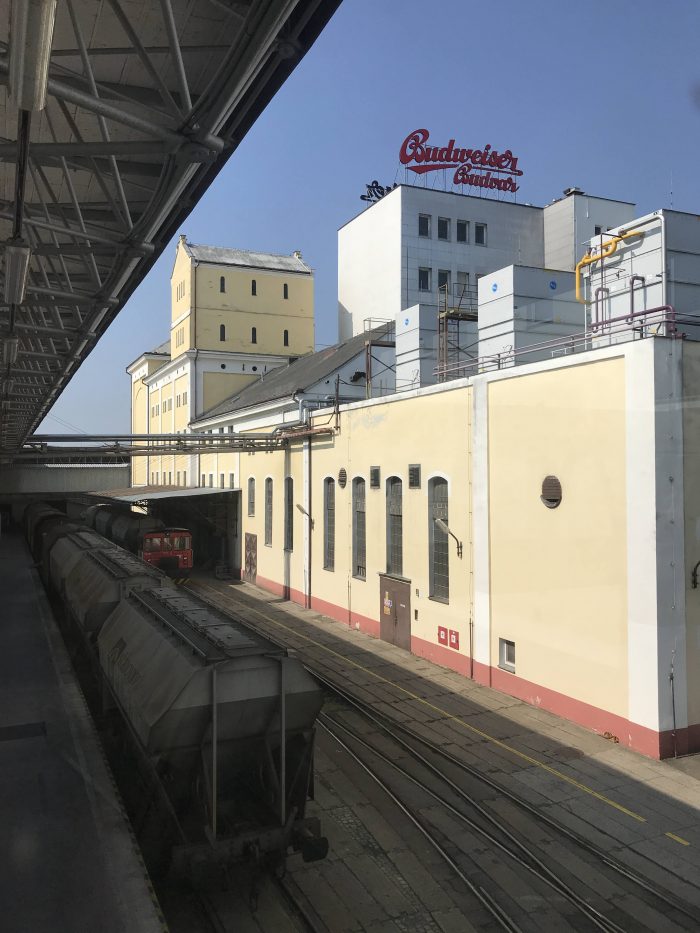 Budweiser Budvar has of course been in a long standing battle with the American brewery Budweiser over the name. The latter is actually older as a brand name, but it is based on the local Budweiser Budvar process that came from České Budějovice. As a result of the legal disputes, Budweiser Budvar is known as Czechvar in the United States. 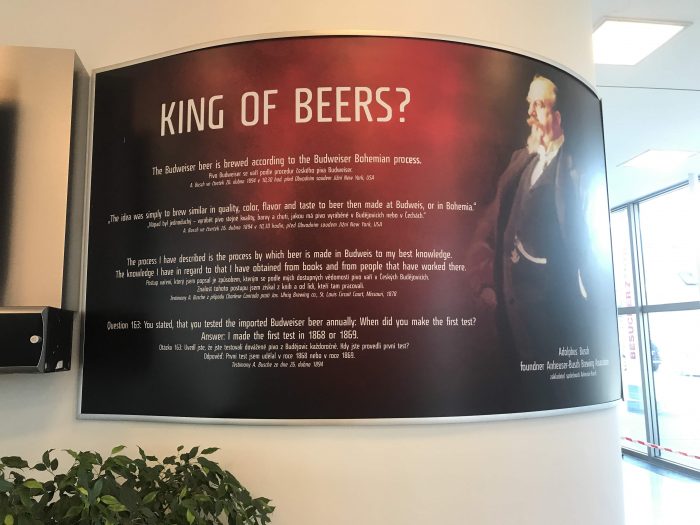 We continued to learn more about the Budweiser Budvar brewing process as we walked around the grounds. Nowadays, all of the brewery is a modern facility, with over 400 employees on site. Brewing goes on 24/7 except between Christmas & New Year’s. The music pavilion is the last standing original building, but it’s certainly a pretty one. 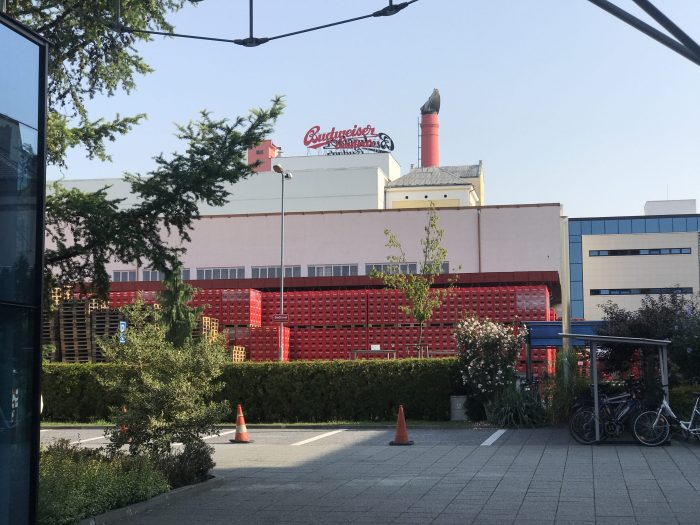 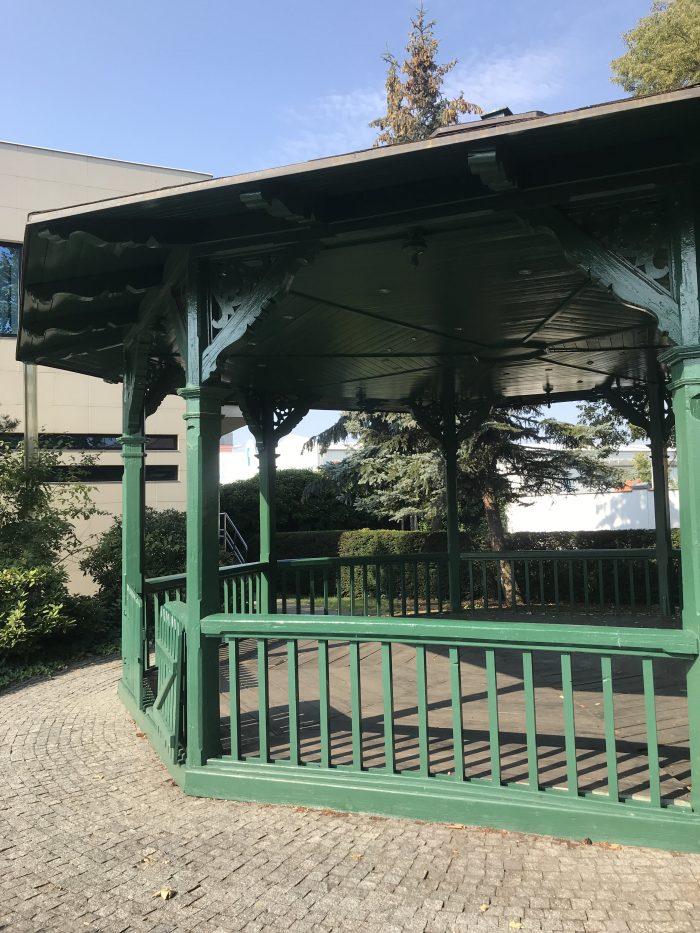 We also learned that our tour guide, Sabine, was on the 4×100 meter relay team for West Germany at the 1988 Olympics in Seoul. They finished 4th, just barely missing a medal. None of this is of particular relevance to beer, but it’s an interesting fact, and it probably would have been enjoyable to watch the race while drinking a cold Budweiser Budvar. 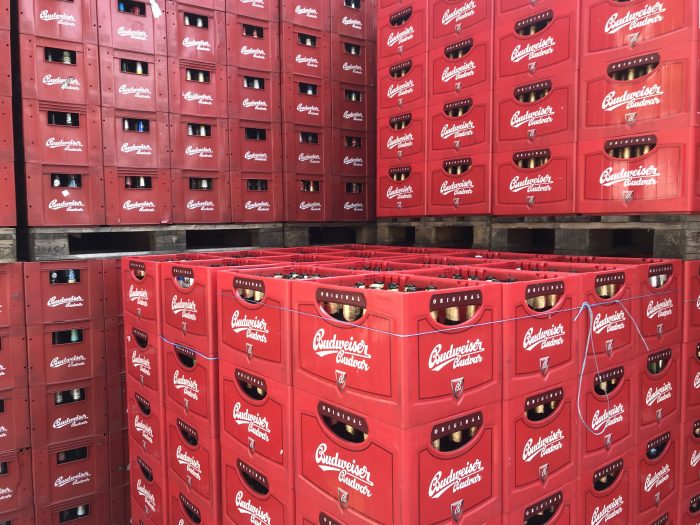 The water used for Budweiser Budvar all comes from local wells. The soft water needs no treatment before being used for beer. Unfortunately, the water is expected to be gone in 100 years, but that does give Budvar some time to figure out an alternative solution provided the rest of the planet hasn’t kicked us out by then.

After walking around the outside of the building, barely managing to avoid getting run over by forklifts while attempting to get photos of stacked pallets of beer, it was time to head inside the brewery itself. 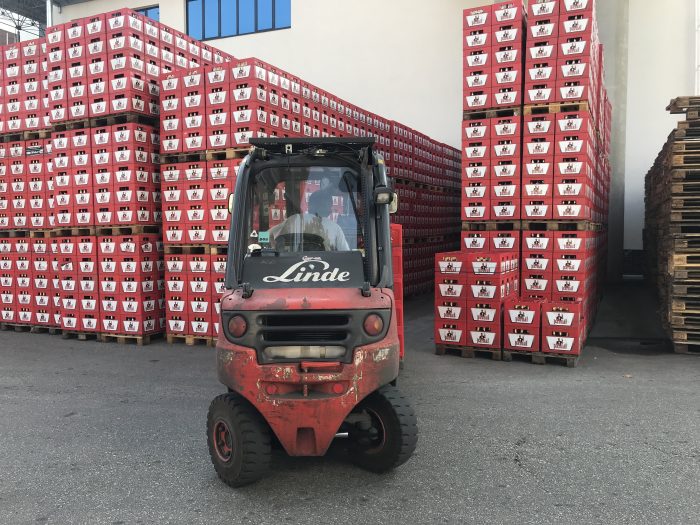 In here, stainless steel tanks cladded in copper are filled with hop cones as part of the mashing process. 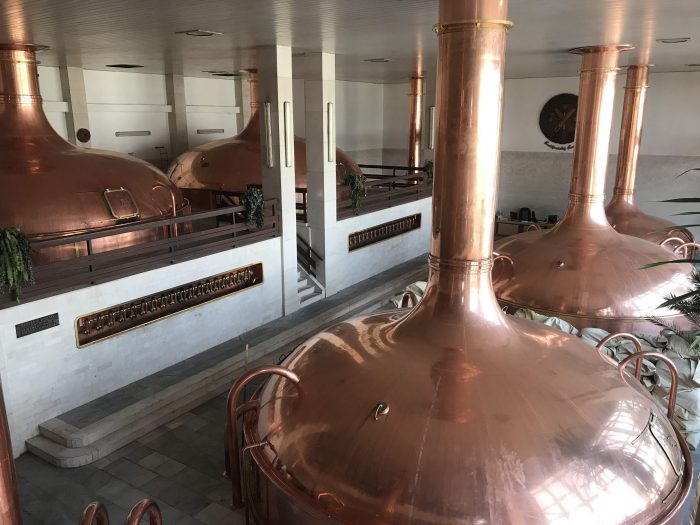 The beer eventually makes its way into the cellar. The old stainless steel tanks from the 1960s are in the process of being swapped out for new ones, but need to be disassembled to be taken out. 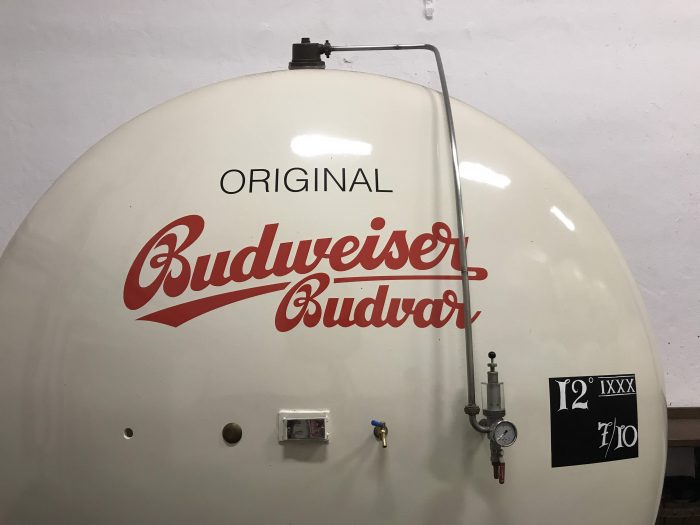 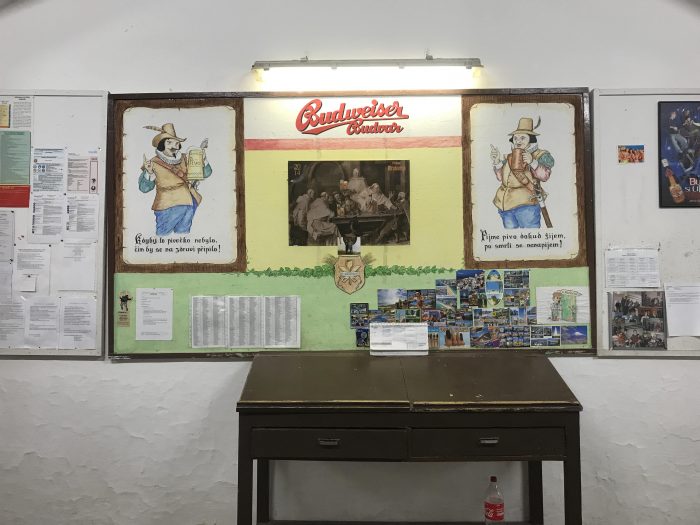 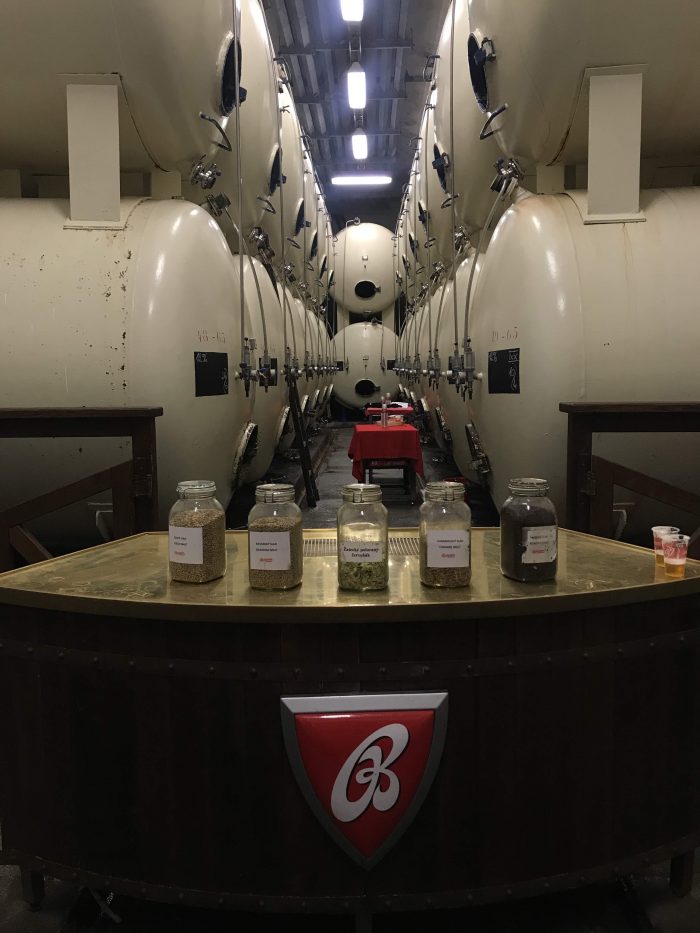 The Budweiser Budvar brewery cellar is kept at a cold 4° Celsius. Since we visited first thing in the morning, we hadn’t yet built up a day’s worth of exposure to the August Czech heat. Thus, the cellar visit was the first time I had felt bone-chilling cold since I had been in Iceland nearly two months prior. It was welcomed. So was the cold, fresh, unpasteurized beer. As almost always, a smile & a thank you can get you a refill. 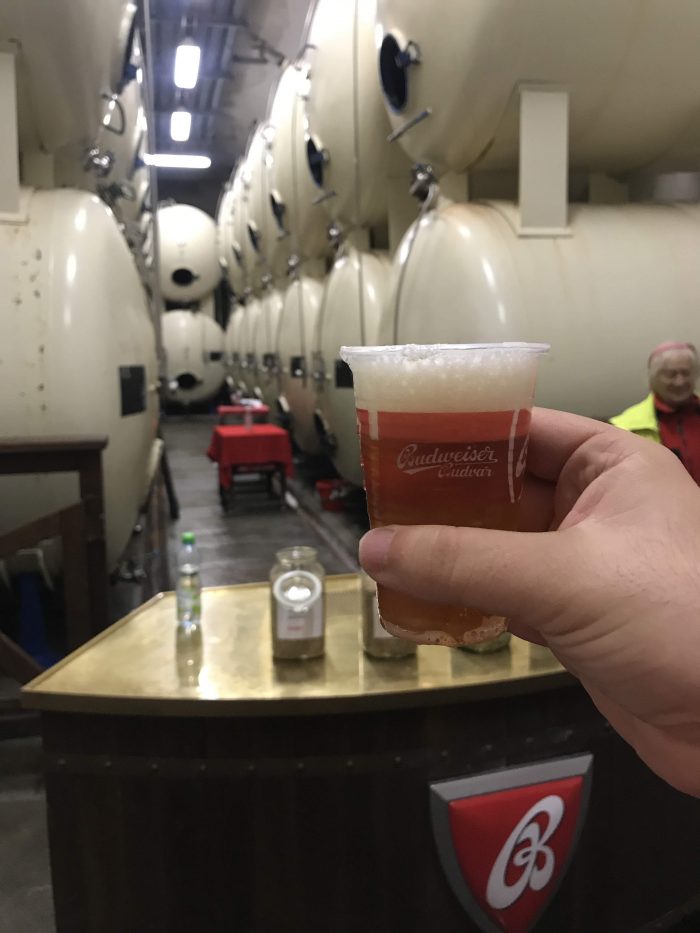 Our final stop of the tour was the massive packaging facility. The Budweiser Budvar brewery can process up to 80,000 bottles per hour. Along the line, bottles are washed, inspected, filled, pasteurized, and labeled. 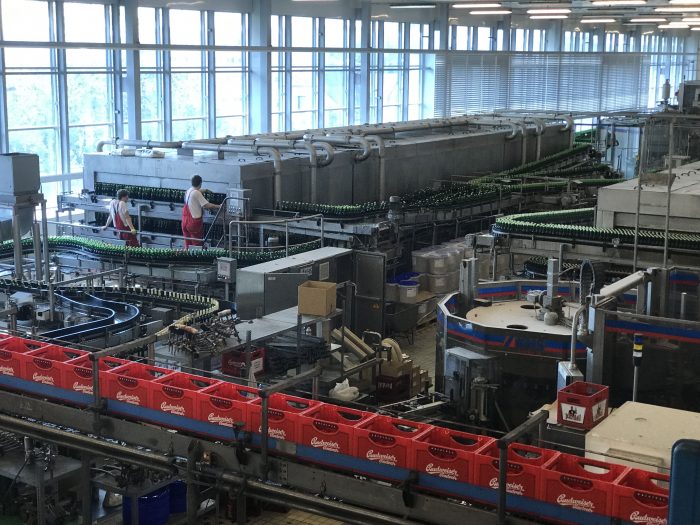 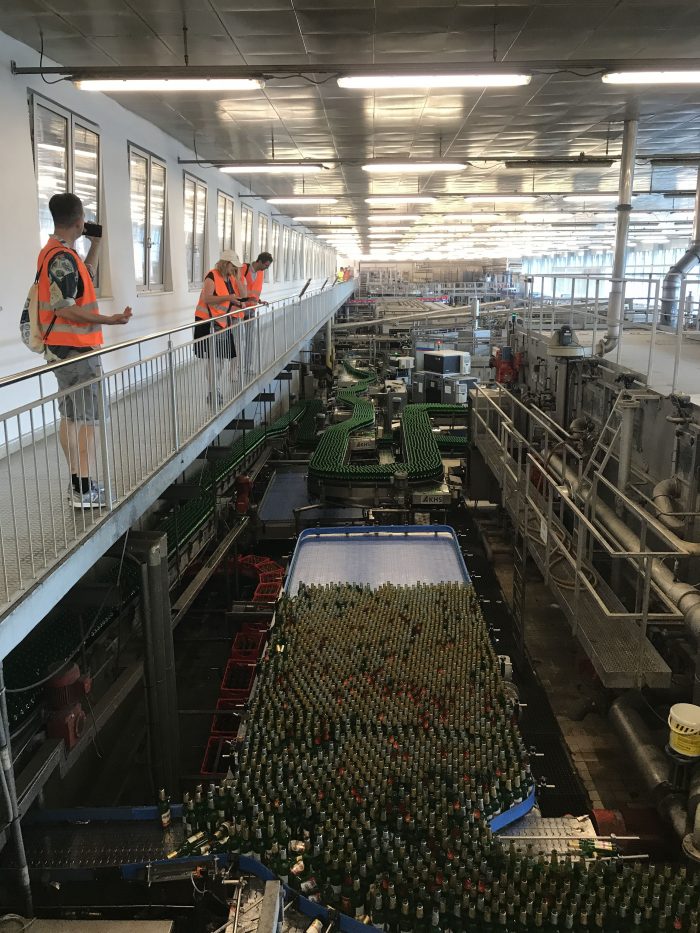 Following your visit, if you have more time in České Budějovice, the Masné Krámy restaurant is affiliated with the brewery & has great traditional Czech food, along with plenty of Budweiser Budvar beer. 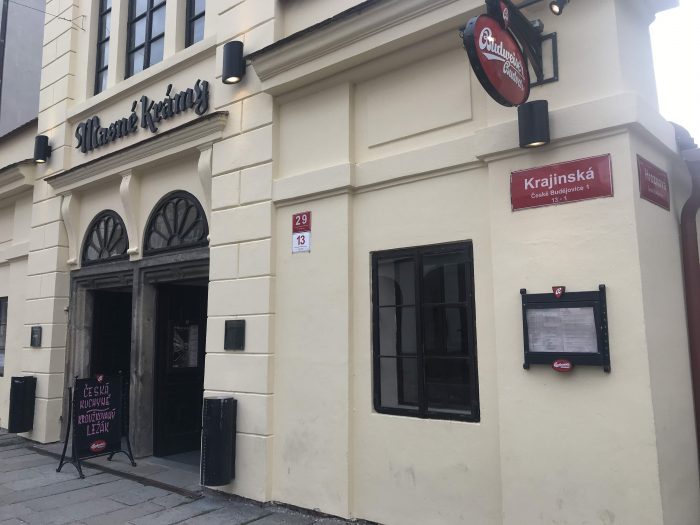 The Budweiser Budvar brewery is one of the highlights of České Budějovice & is not to be missed if you’re a beer fan.

Here are other local tours to check out in South Bohemia:

Disclosure: My visit to the Budweiser Budvar Brewery was part of a press trip to South Bohemia following TBEX Ostrava hosted by Visit Czech Republic & Visit South Bohemia. All thoughts are 100% my own. 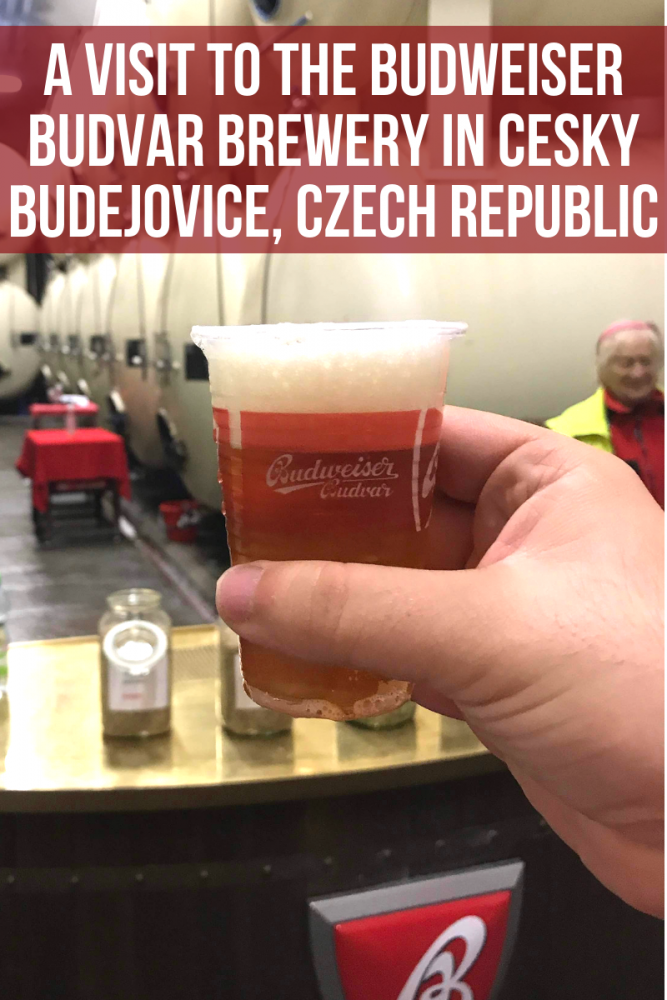