The Scheldt River passes through Antwerp, Belgium. While most of the city, including its historic center, are on the eastern side of the river, newer sections were added on the left bank. In order to make it easier for people to get between the left back & the right bank of Antwerp, St. Anna’s Tunnel was built underneath the river in 1933, rather than a bridge that would have interfered with ship traffic. In addition to being useful, St. Anna’s Tunnel is also a unique bit of architecture to check out if you’re visiting Antwerp.

How to get to St. Anna’s Tunnel (AKA The Underpass)

The entrances to St. Anna’s Tunnel (also known locally as The Underpass) are inside fairly nondescript buildings on each shore. On the right bank, which most visitors will be located on, the entrance is about a block from the water, along Ernest van Dijckkaai/Plantinkaai near the Sunday Flea Market. This is what the building looks like, since it’s easy to overlook. 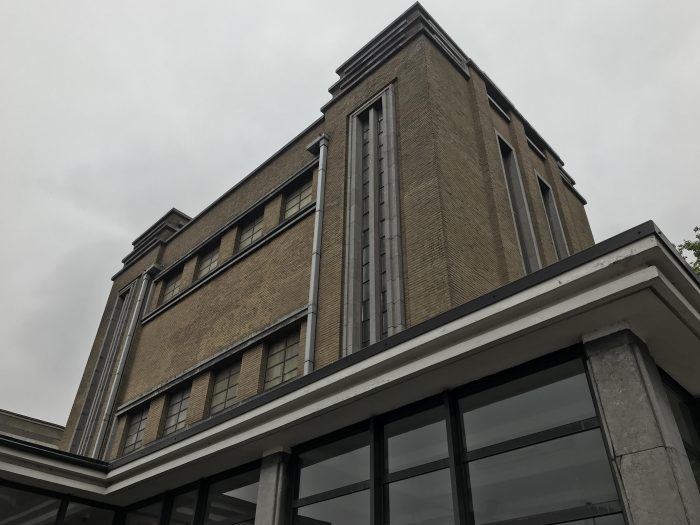 For another way to cross the Scheldt,  you can also take a free ferry called the St. Anna Ferry from a pier a few blocks north. While I do love ferries & don’t get to ride them nearly often enough, in this case, St. Anna’s Tunnel is an even more unique way of getting across the water.

Once you’re in the building, you then head underground to the Underpass itself.

The escalators of St. Anna’s Tunnel 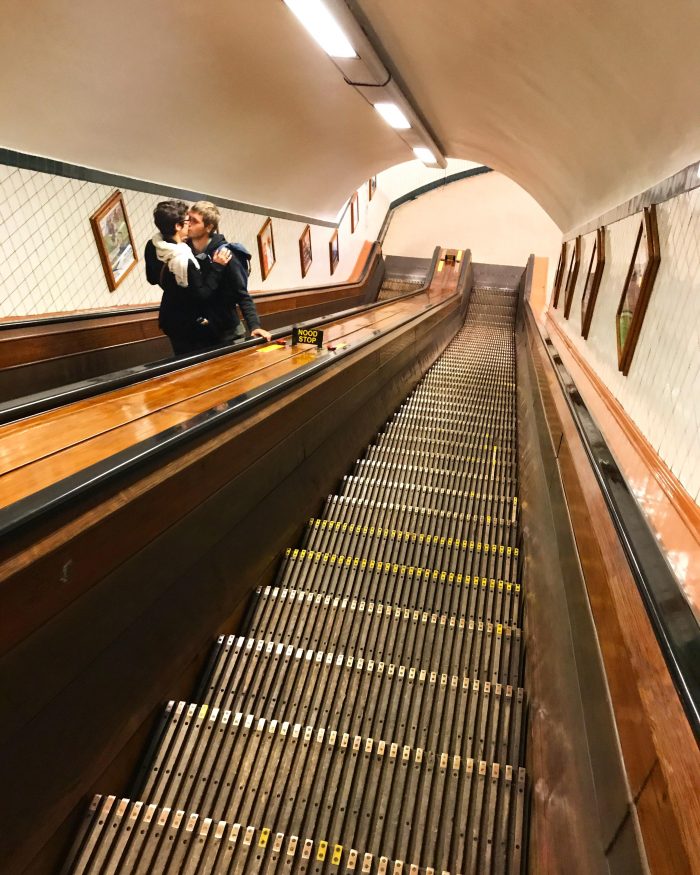 Fans of architecture, design, & engineering will get a kick out of the chance to ride these wooden escalators. The details of the wood are gorgeous. Modern advertisements aside, it’s like stepping back into the past. Theoretically, there’s nothing keeping anyone from riding them up & down several times. I may or may not have done this. 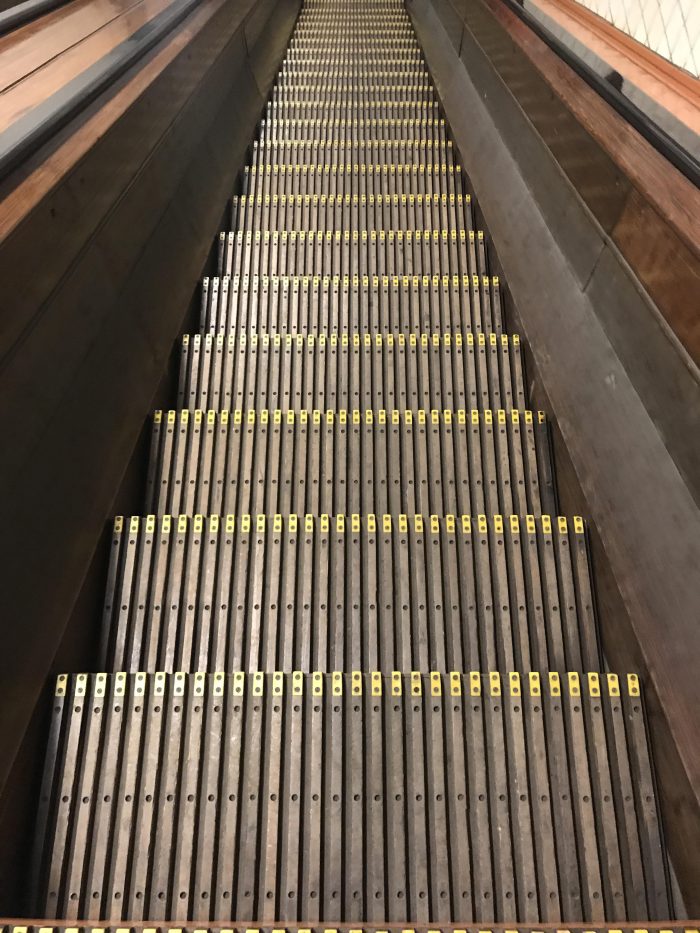 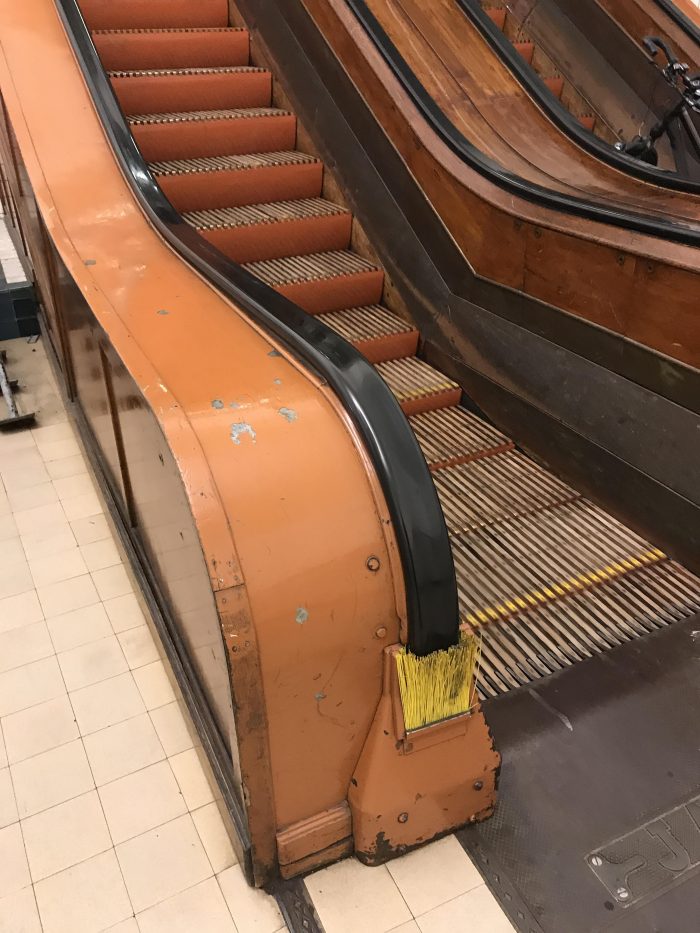 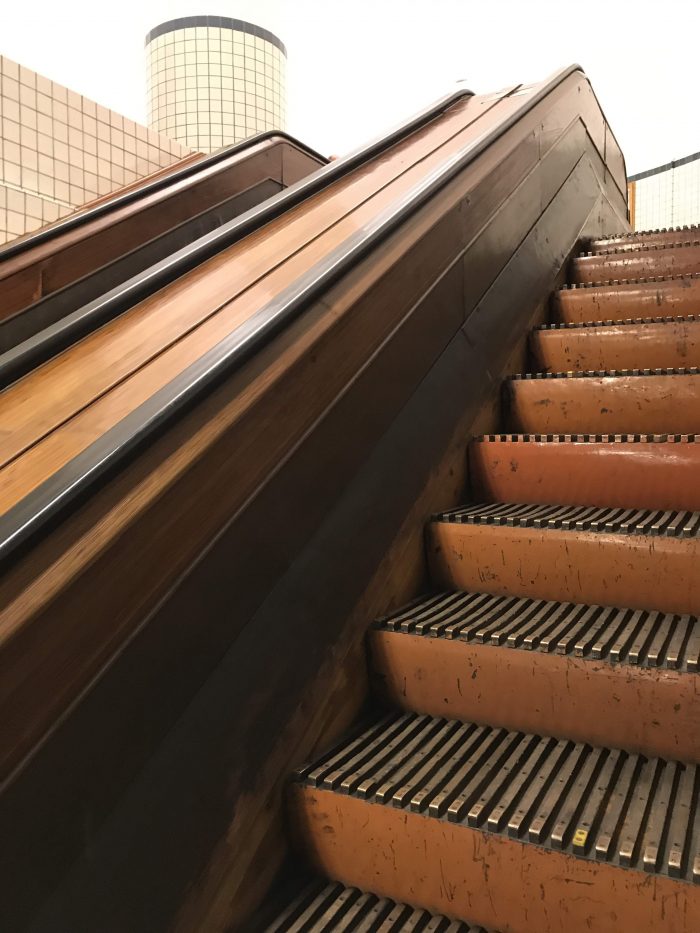 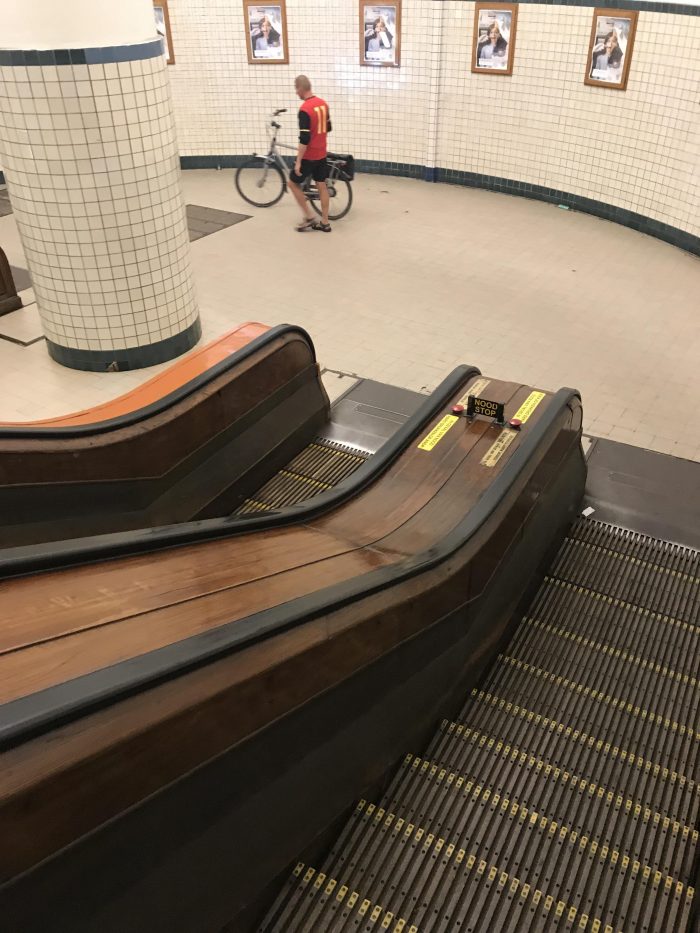 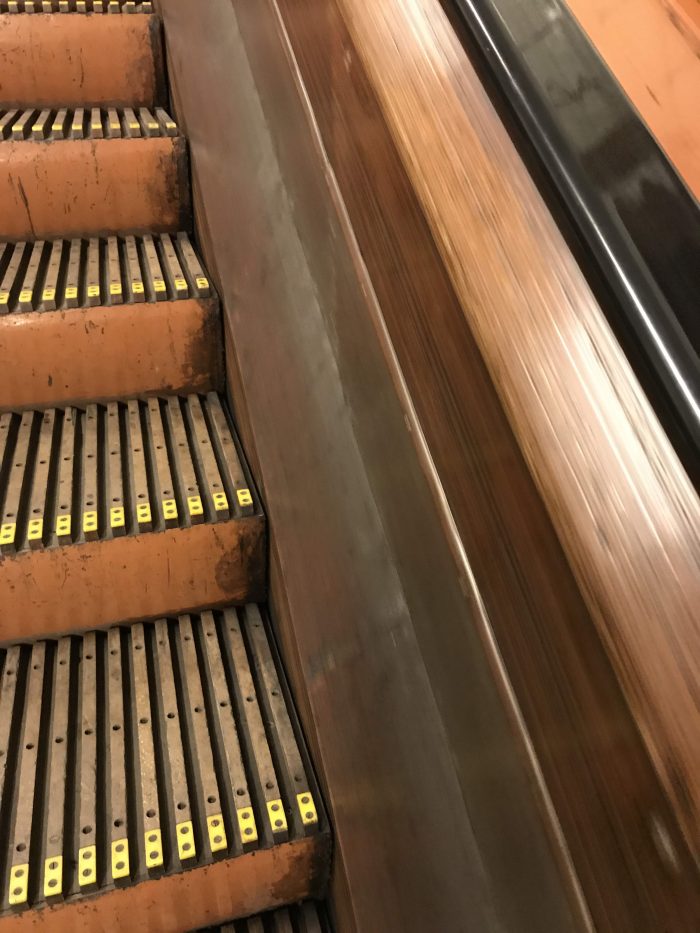 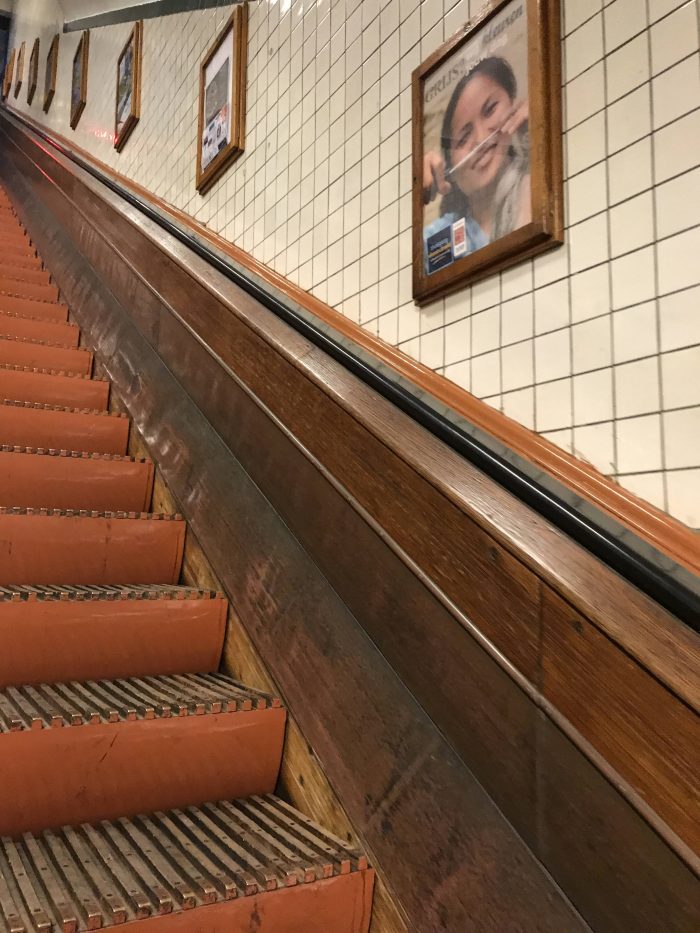 For those with strollers or wheelchairs, there are elevators available as well. Cyclists all still use the escalators. 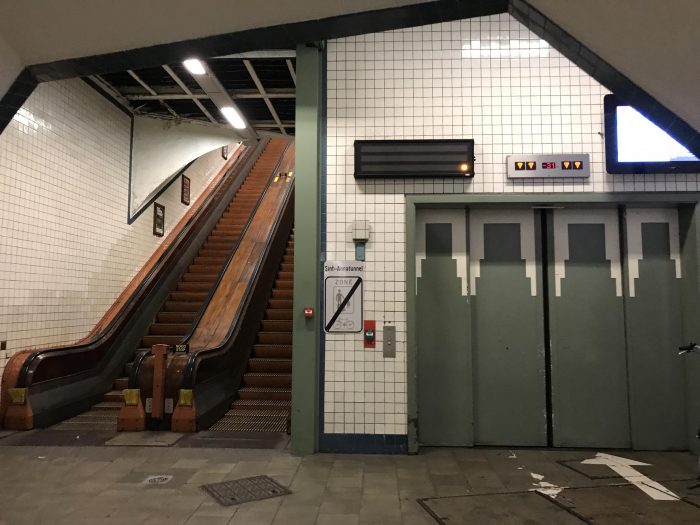 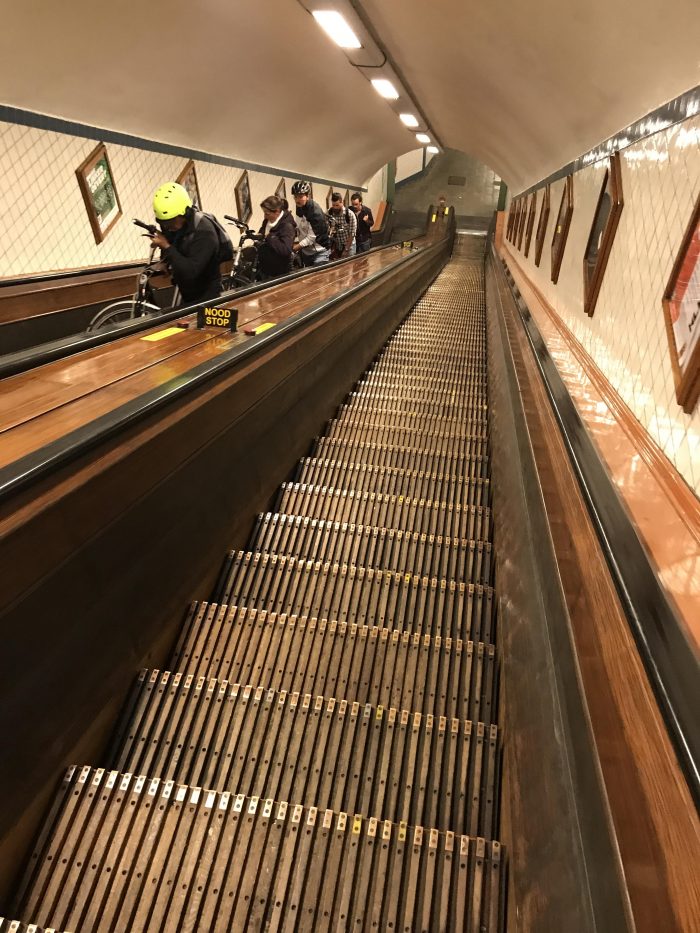 After descending to the tunnel level, it’s now time to cross to the other side. 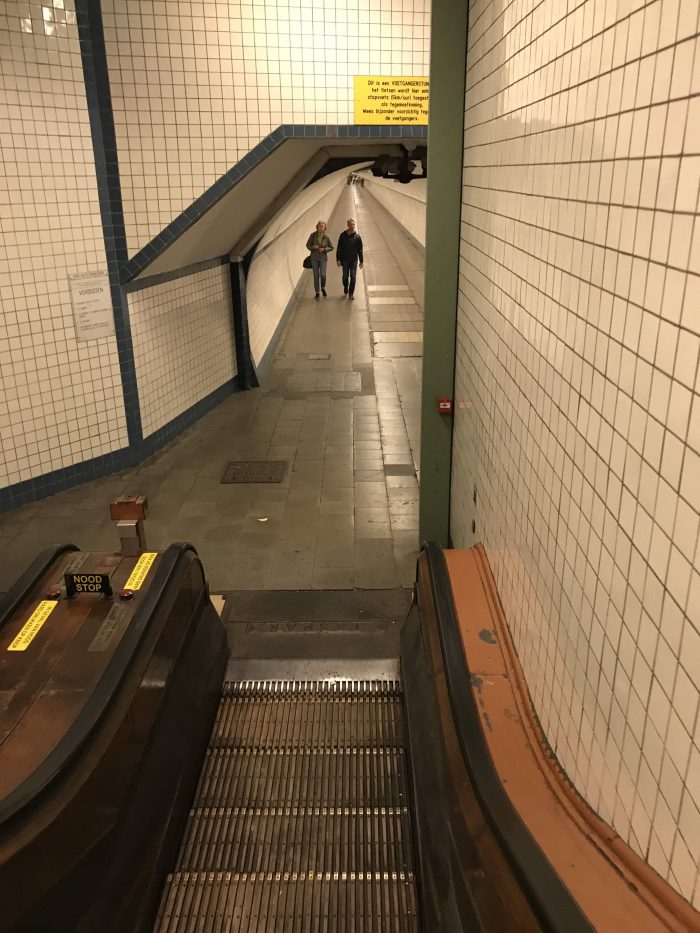 The tunnel is a mesmerizing 572m (1,876 ft) long. The endless rows of white tiles are almost hypnotic. 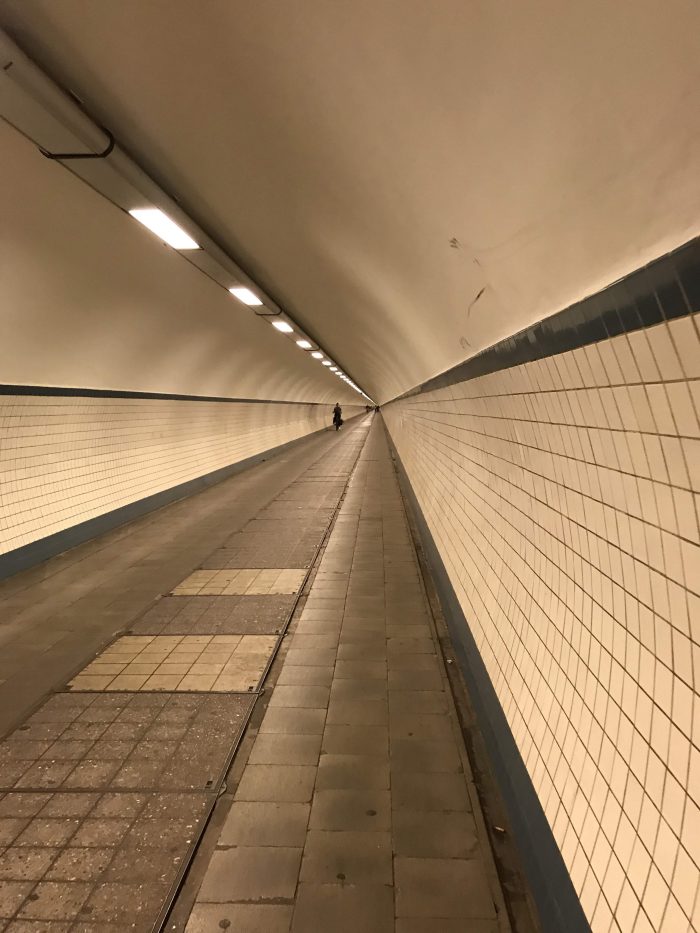 Cyclists do ride their bikes through the tunnel, so be aware of their presence as you walk & take photos. It’s a pretty cool way to commute, especially when the weather is bad. 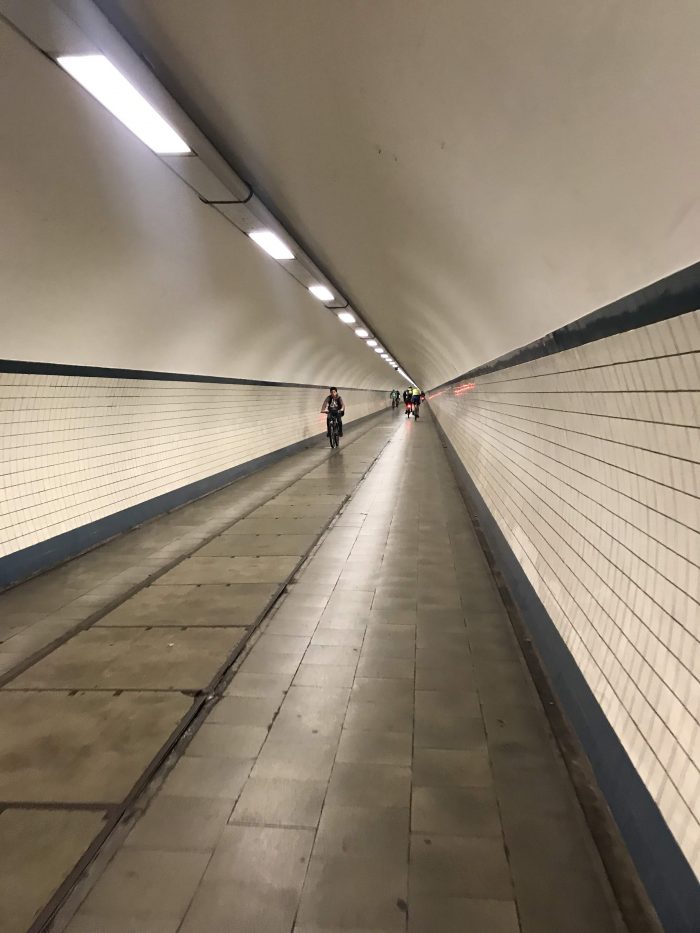 Finally, on the other side of the River Scheldt, you’ll find another set of wooden escalators taking you back to the surface.

Things to see & do on the left bank of Antwerp

After you’ve walked through St. Anna’s Tunnel and re-emerged in the outside world after ascending the wooden escalators on other side, you’ll find yourself on the left bank of the Scheldt in a neighborhood known as Linkeroever. 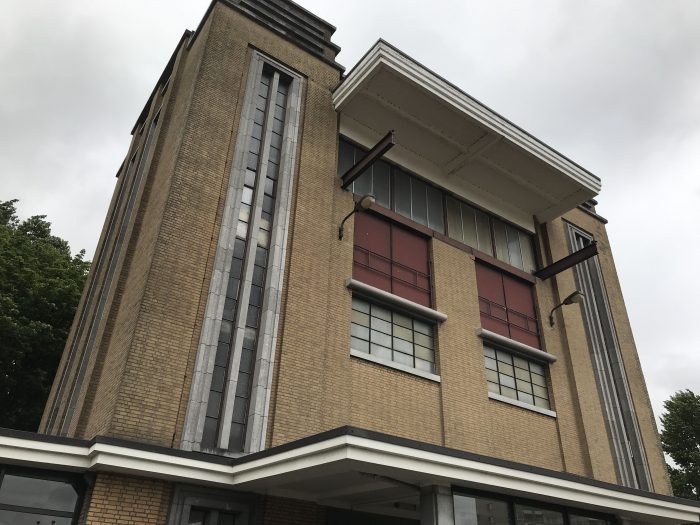 The first thing to do is to walk over to the water. There’s a fantastic view of central Antwerp from here. If you’ve just come over mostly to see the Underpass & the escalators, this might be all you do on this side of the river. 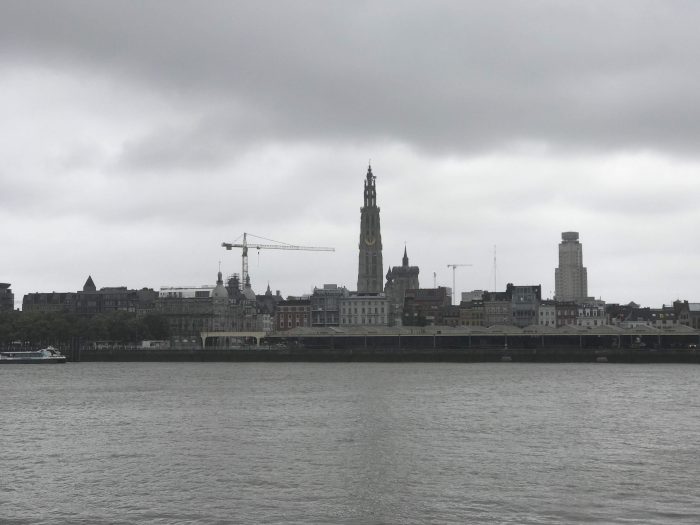 However, there are some restaurants & bars in this part of the city. The shoreline also has several parks, as well as the ferry terminal. A bit further north, there is a beach called Sint Annastrand, which also has more bars & restaurants. 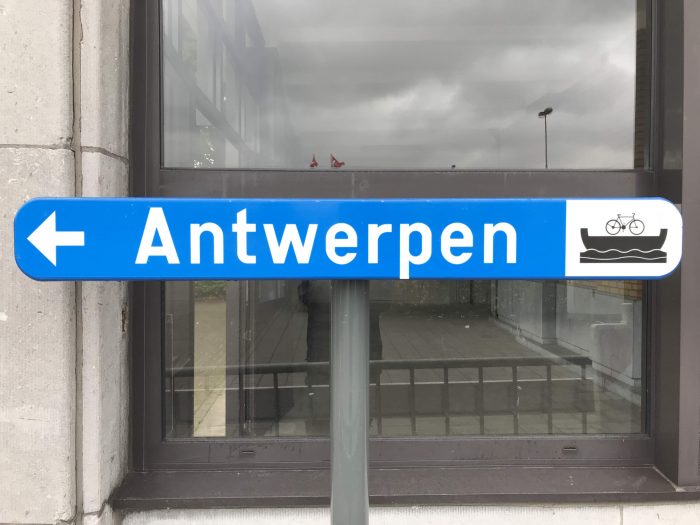 Even if you just head straight back to the city center of Antwerp rather than staying in Linkeroever for a while, it’s worth a detour to St. Anna’s Tunnel to see its wooden escalators, tiled walls, and the great city views from the other side.

Interested in tours in Antwerp? Here are some options! 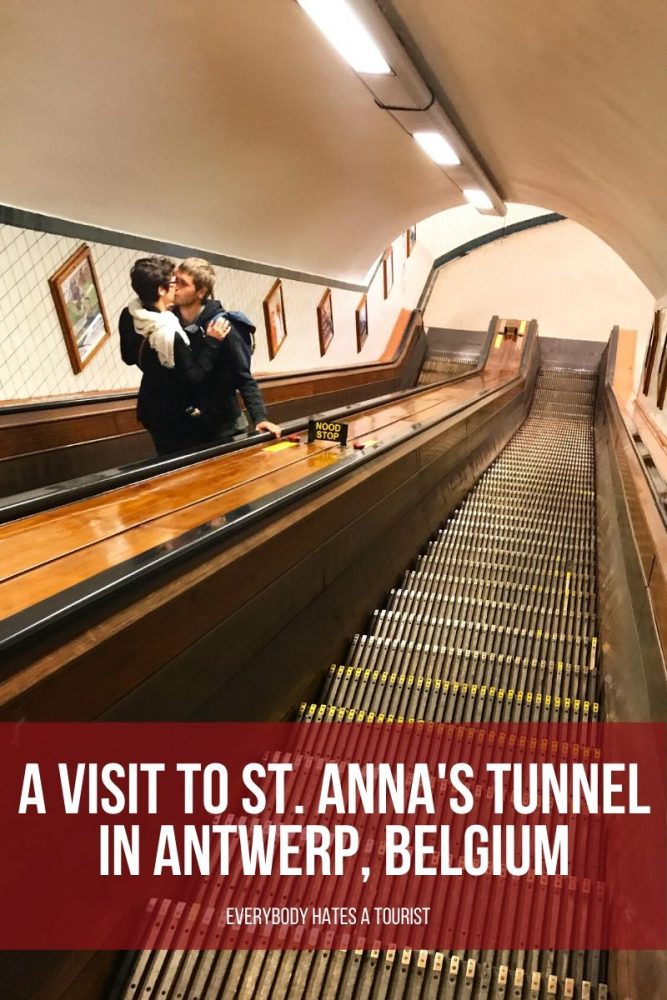