In the before times, I attended the Traverse travel conference in Trentino, Italy in June 2019. As part of the event, they hosted an awards night for travel creators across a variety of categories. That evening was one of the highlights of the conference, and not just because of the unlimited beer & Italian cheeses, though those certainly helped. It was fantastic seeing people being rewarded for the quality of what they share from their travels, rather than social media counts, traffic numbers, or search engine rankings.

That’s why I was excited to find out that I have been shortlisted as a finalist for the “Best Storytelling” award at the 2021 Traverse Creator Awards. On the livestream where the Traverse founders announced the shortlist, they said this was one of the most nominated categories, with well over 100 entries. Given that number of entrants, it truly is an honor to be in the final group amongst some great writers & creators. Best of all, it’s in a category that I am especially proud to be featured in: Storytelling. It often feels like this is an increasingly neglected aspect of travel media, but it’s the one that I enjoy the most. 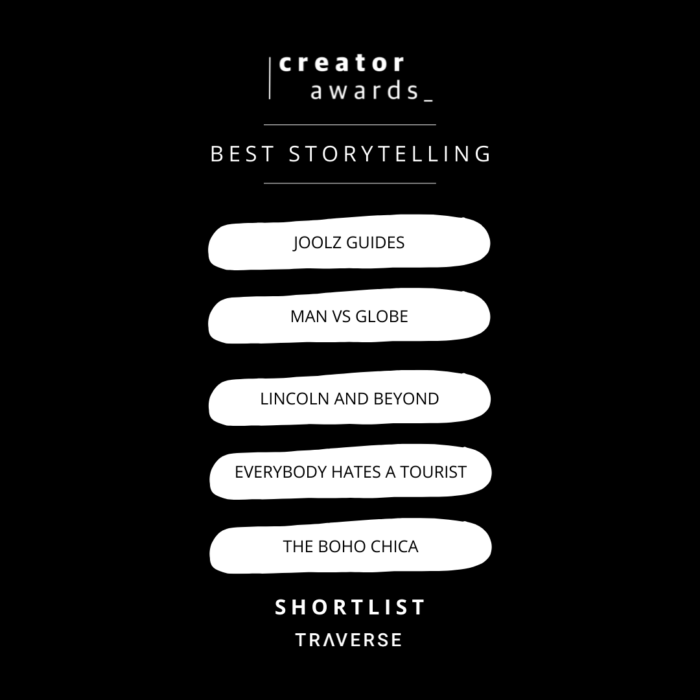 The piece I submitted was about my visit to a whisky & jazz bar in Yokohama, Japan. Not only was stumbling upon Minton House one of my favorite travel experiences, it was a story I took immense pleasure in writing. I’m flattered to see it get acknowledged.

While I strive to share my personal perspective & anecdotes throughout everything I write, I don’t get the chance to go this far in-depth about a single evening as often as I’d like. The fact that I did in this case is a testament to the idea of stopping to go through that interesting door you’ve wandered past. And to talking to strangers. And to making new friends along your journey, even if just for a few hours.

Given the current status of the world & my lack of European travel plans, it’s unlikely that I will be able to make it to London for the awards, which will be announced at a party on September 25th. But I’ll raise a glass to my fellow nominees & toast to their hard work, as well as to new experiences, new friends, & going through that door. Kanpai! 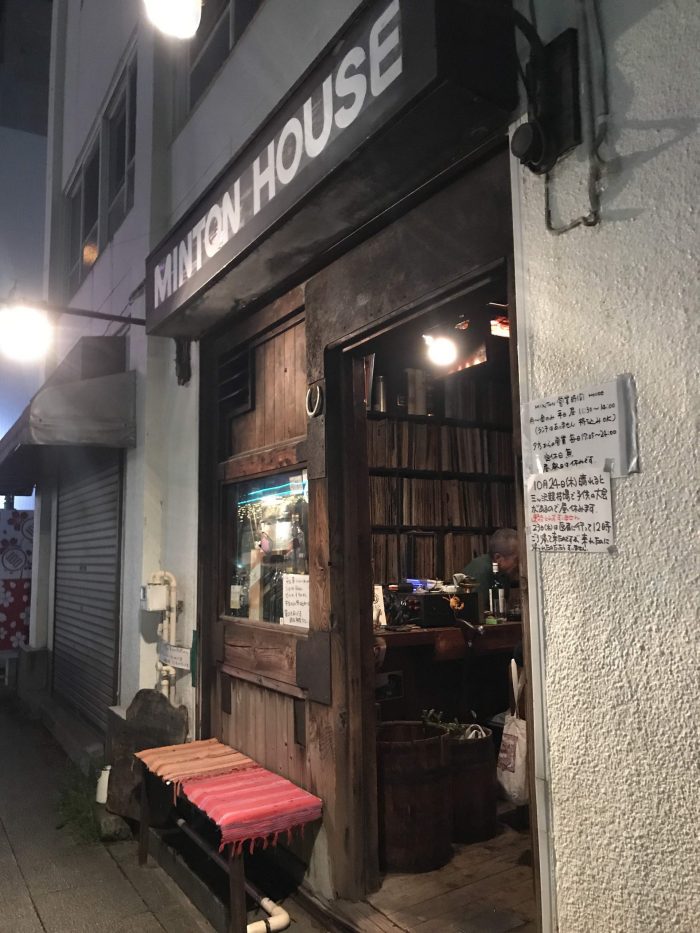