The first night of TBEX Stockholm kicked off with a party at the Vasamuseet (Vasa Museum). With the weather turning briefly sunny, and having plenty of time to get to the museum, I decided to walk there. I followed Strandvagen eastward, then crossed the bridge toward the museums that are located on the island of Djurgården. 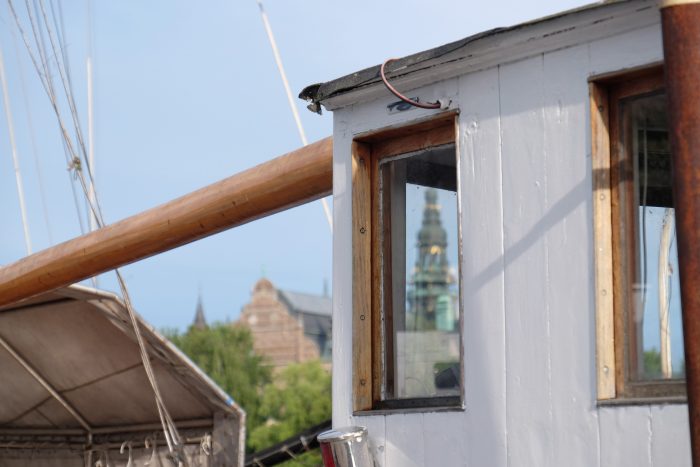 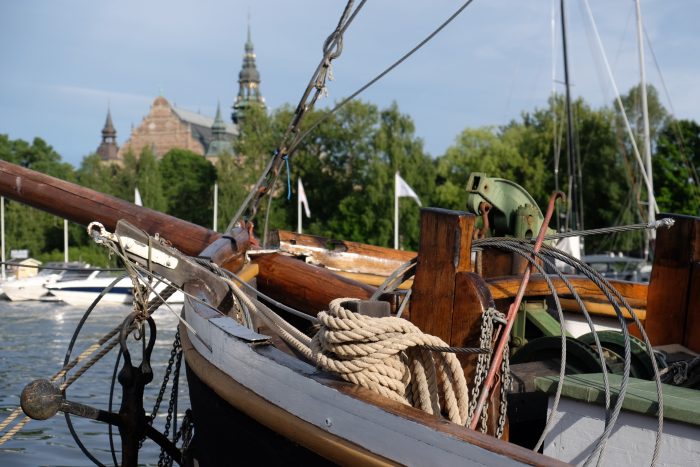 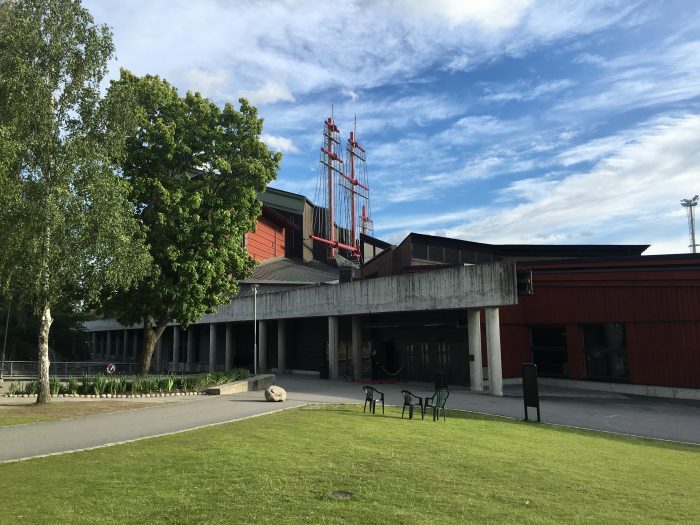 While there was of course a nice party going on at the Vasamuseet, the star of the event was the Vasa. The Vasa is a 17th century ship that has been preserved in painstaking detail. 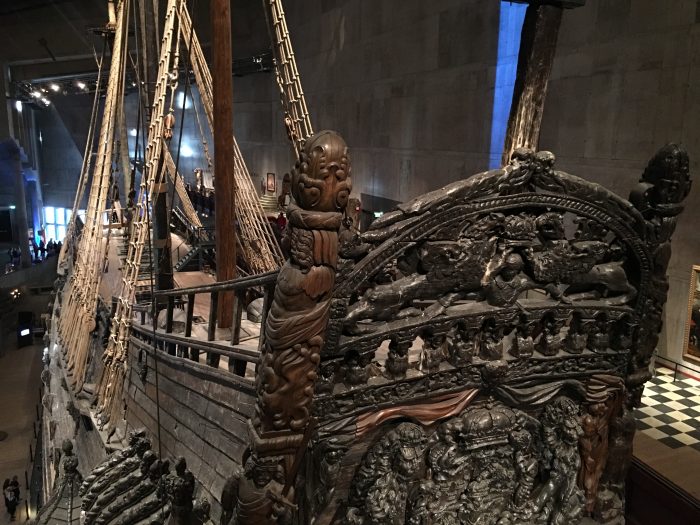 On August 10th, 1628, the Vasa set sail from Stockholm on her maiden voyage. On August 10th, 1628, the Vasa promptly sank in Stockholm harbor. The ship was too top heavy, with too little of the hull below the water line. The poor design meant that even a breeze could cause the ship to begin to topple over. This, combined with the gun ports being opened to perform a salute to Stockholm, meant that the Vasa had no chance once it began to take on water. For a full history of the Vasa, I recommend reading the Wikipedia article.

The Vasa sat at the bottom of Stockholm harbor for 333 years until the 1950s, when it was rediscovered, then finally recovered in 1961. The cold Baltic waters, along with other factors, had kept the ship in good condition. These videos shows the resurrection of the Vasa.

After a long recovery & restoration process that continues to this day, the Vasa is now showcased in the Vasa Museum. 1.3 million people visit the Vasa Museum each year, making it Scandinavia’s most visited museum, and it is ranked at #9 of the World’s Top Museums on TripAdvisor 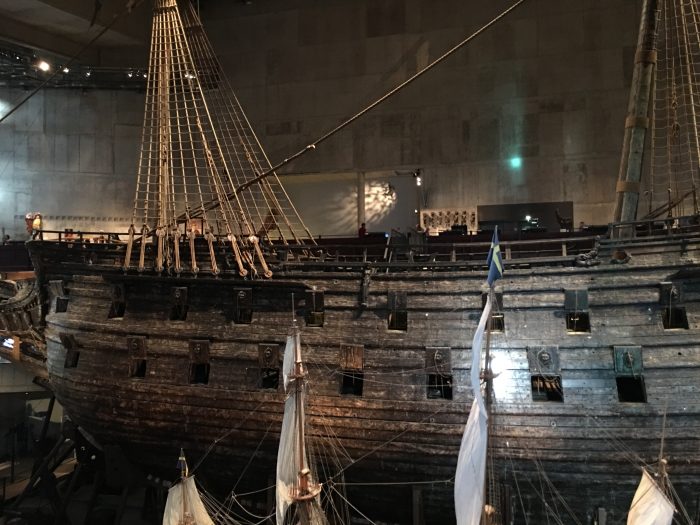 About 98% of the ship is original. Thanks to the layout of the museum, you can get up close to it to see the intricate carvings & design, viewing it from every possible angle. 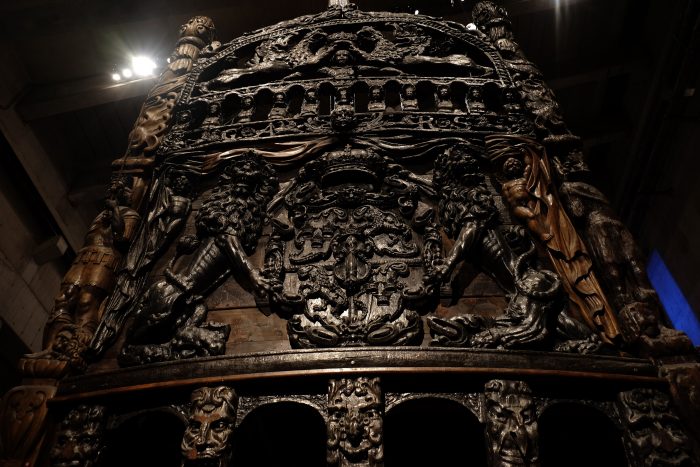 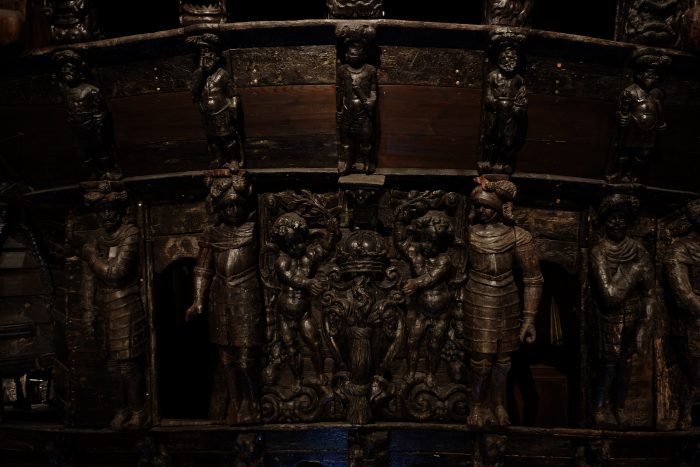 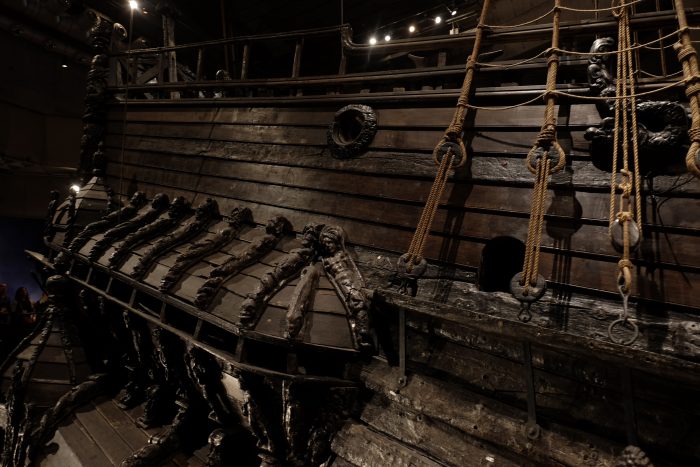 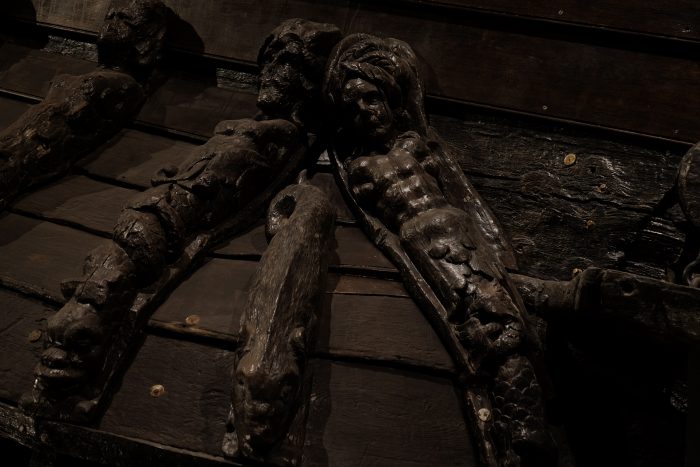 In addition to the ship itself, the Vasamuseet holds other artifacts from the Vasa’s contents, along with historical background. 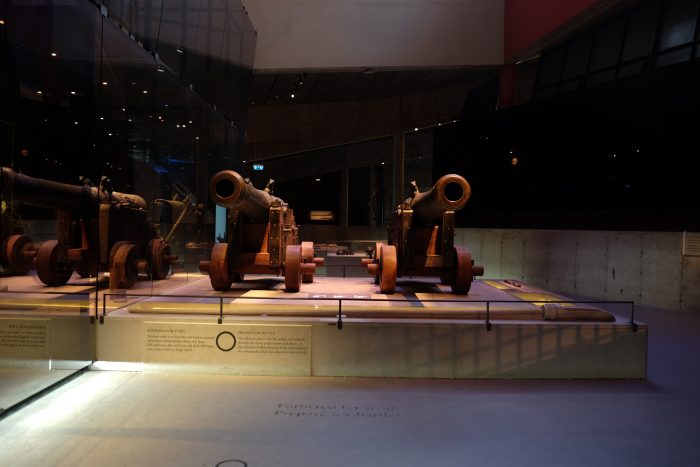 The Vasa is a powerful symbol of Sweden’s power in the 17th century. While its voyage may have been short, it was that journey that miraculously enabled it to persist as a unique historical artifact. Visitors to Stockholm might be tempted to skip the Vasa Museum if they think it’s just an old ship, but it’s so much more. Even if you’re not big on history or ships, the design details & scale of the Vasa are still impressive.