The second part of the first night of TBEX Stockholm was held at the Pop House, home of the ABBA Museum and so much more. The museum is located just south of the Vasa Museum on the island of Djurgården. The Pop House is a multi-faceted complex that includes a hotel, bars and restaurants, live events, and several museums. 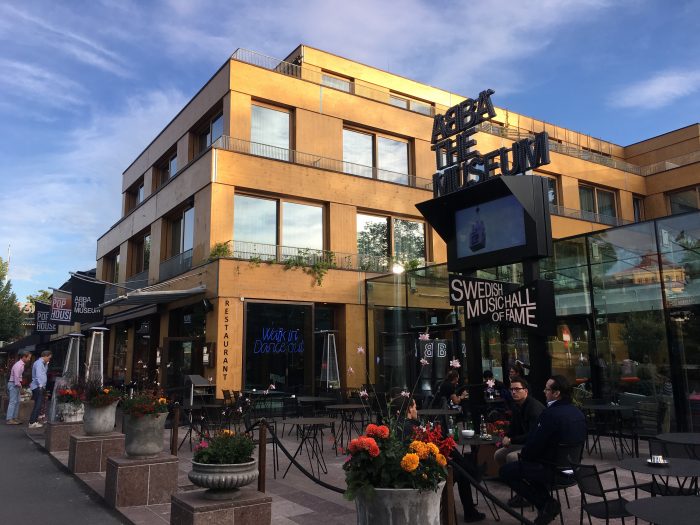 We began the evening by making our way through the museums. The main attraction is of course ABBA The Museum, but first we passed through a special exhibition about the Eurovision Song Contest.

For those who are unfamiliar with it, the Eurovision Song Contest is an annual competition where the nations of Europe each submit an original song and then each country votes on which one they like the best. It’s like American Idol, if American Idol featured more ridiculous costumes & dancing, with a hefty side of geopolitical intrigue when it comes to which countries vote for each other. ABBA famously won the contest in 1974 with Waterloo, catapulting them to stardom. Despite my general lack of enthusiasm for most pop music, Eurovision is a glorious display of everything that is amazing & hilarious about Europe at the same time. If you’ve never seen it, you must watch it someday. 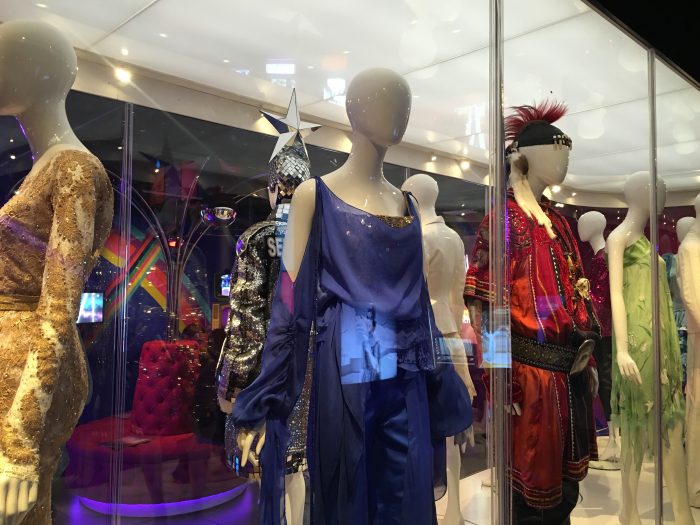 The special Eurovision exhibition at the Pop House had costumes & props from winners, along with the history of the event. My favorite display was of course from my favorite Eurovision winner of all time, courtesy of Lordi, a hard rock/metal band from Finland that miraculously managed to win the event in 2006 with the song “Hard Rock Hallelujah”. Let us pause now to relive that magical night. 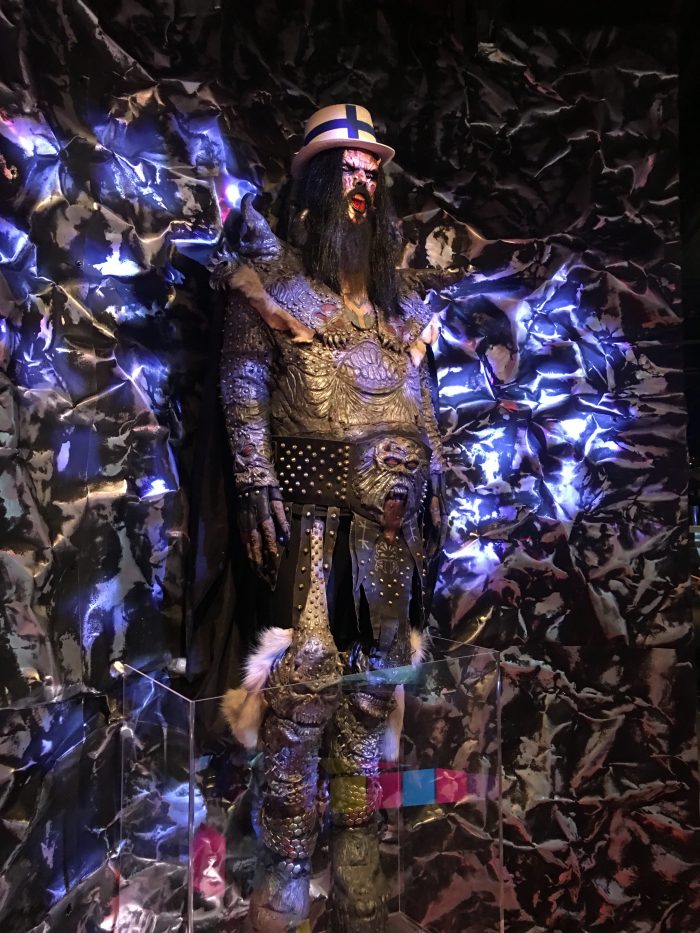 After the Eurovision exhibition, we headed to the centerpiece museum, ABBA The Museum. 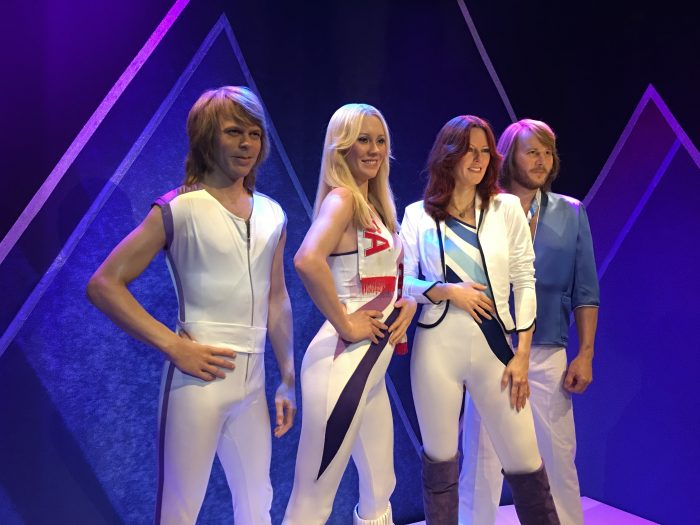 Here I must admit that ABBA is not my cup of tea. I appreciate their talent, but they didn’t create music that I would ever seek out. That said, ABBA The Museum is an interesting experience even if you’re not a fan of the group. There’s a wealth of memorabilia to check out, along with all of the details of their history. Each area features different recreations of famous locations for the band, from studios to offices to vacation houses. 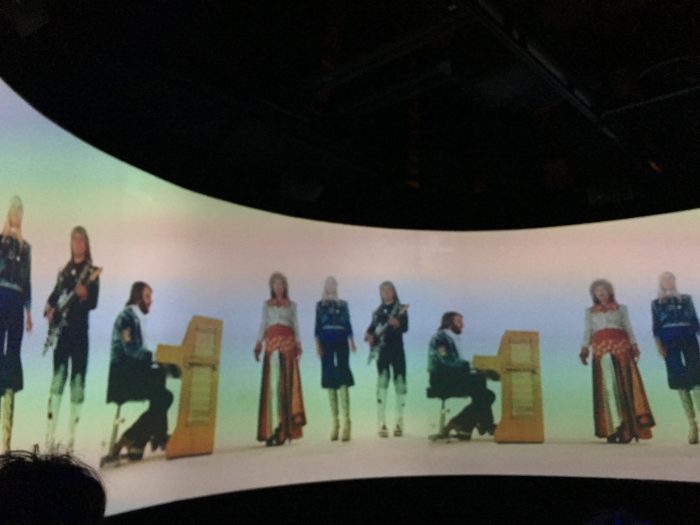 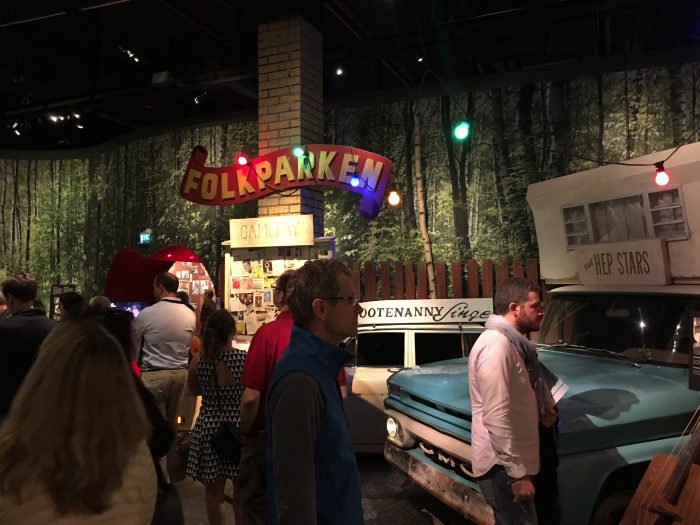 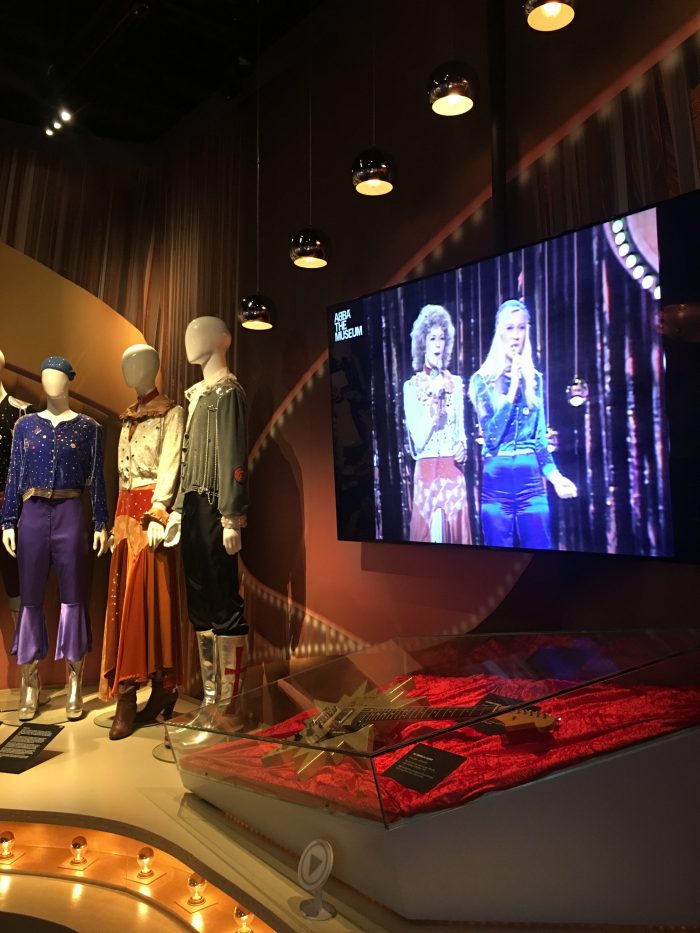 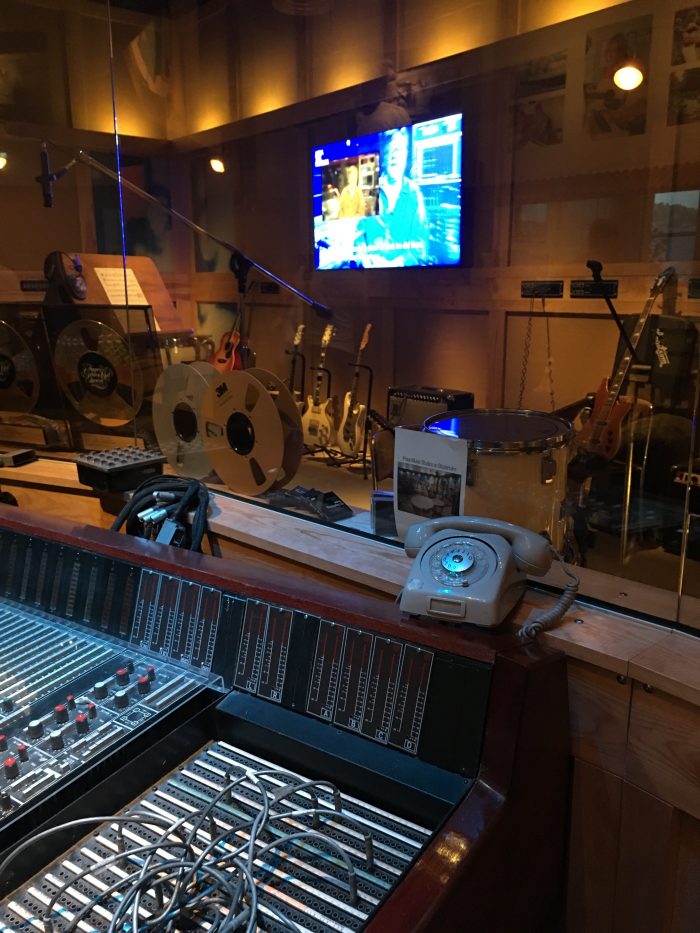 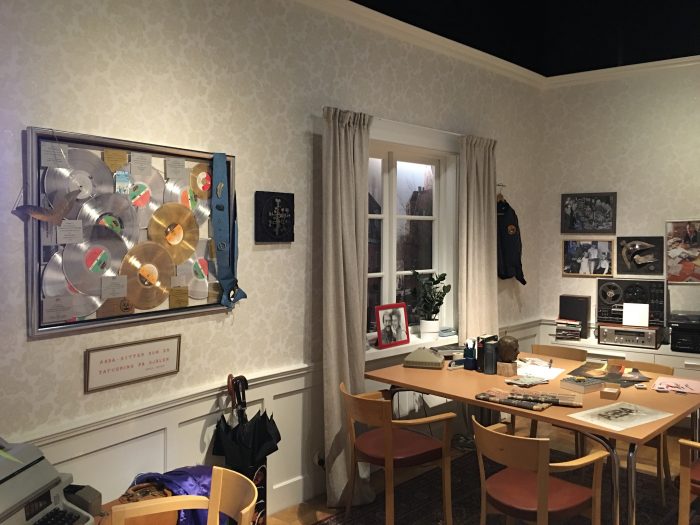 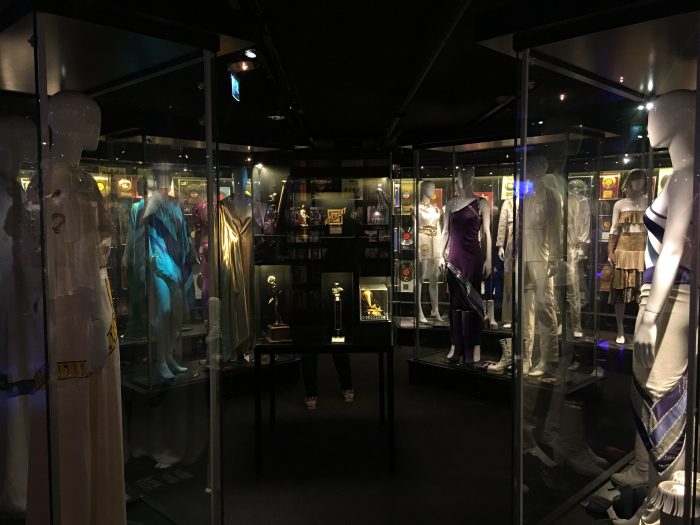 Even more impressively, the entire museum is very interactive. You can listen to music, watch videos, mix music that you can download later, and even perform yourself. One of the coolest parts was a hologram stage where you can actually stand and perform with the band. 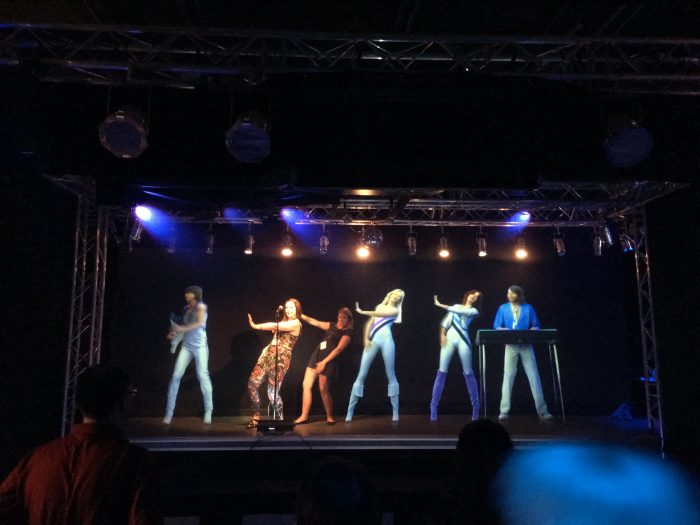 There is a gift shop, of course. 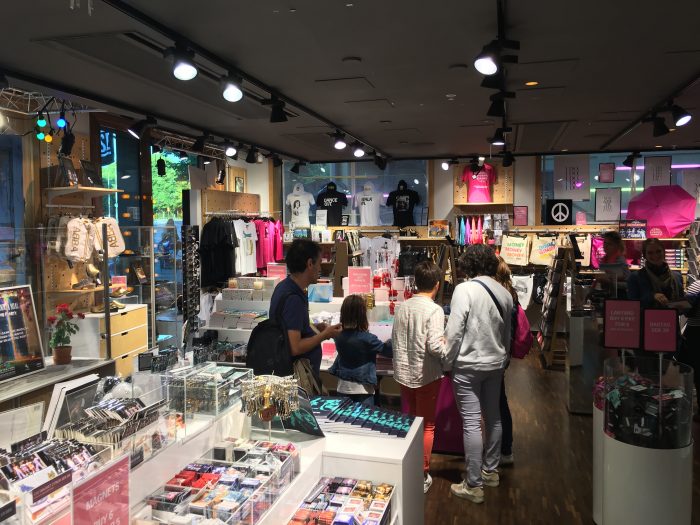 After ABBA The Museum, I headed into the other two parts of Pop House’s exhibitions, The Swedish Music Hall of Fame and The History of Swedish Popular Music. 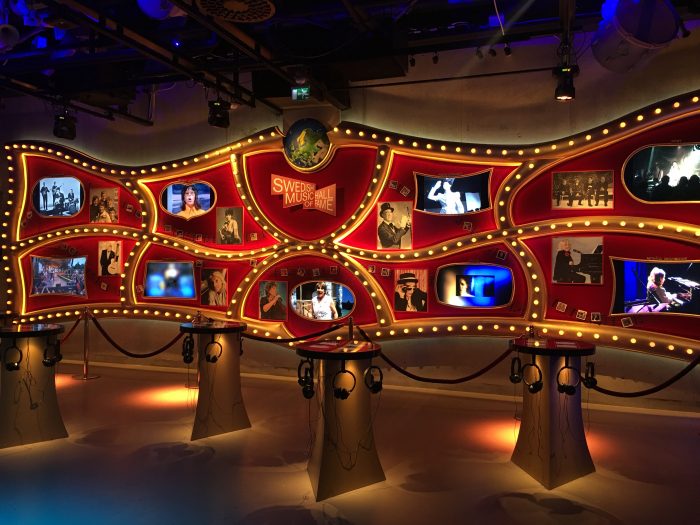 You may not realize the full extent of it, but Sweden has contributed a tremendous amount to modern music. The exhibitions take you decade by decade through the best of Sweden’s music, allowing you to listen and watch whatever you want. If you want more ABBA, great, if not you can entertain yourself with hits from Europe, Eagle Eye Cherry, The Cardigans, Ace of Base, The Hives, Peter Bjorn & John, Roxette, Robyn, Swedish House Mafia, The Knife, Andreas Johnson, and more. 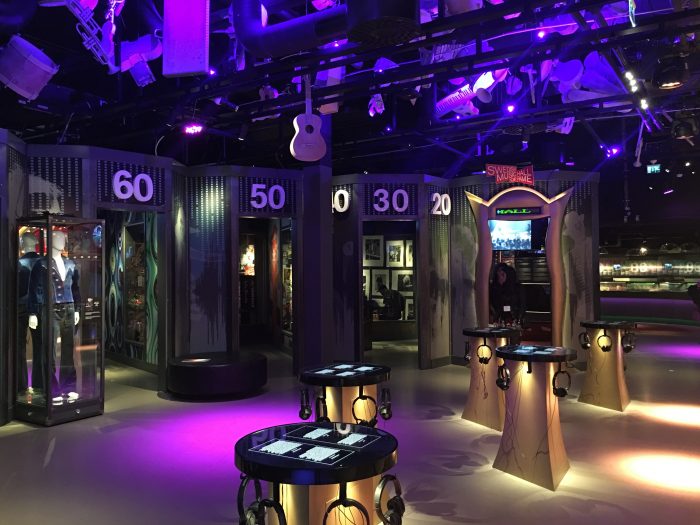 Once you’re done with the museums, Pop House also has a nice bar & restaurant area with a huge outdoor patio, perfect for relaxing during the summer months. They even have their own beer. 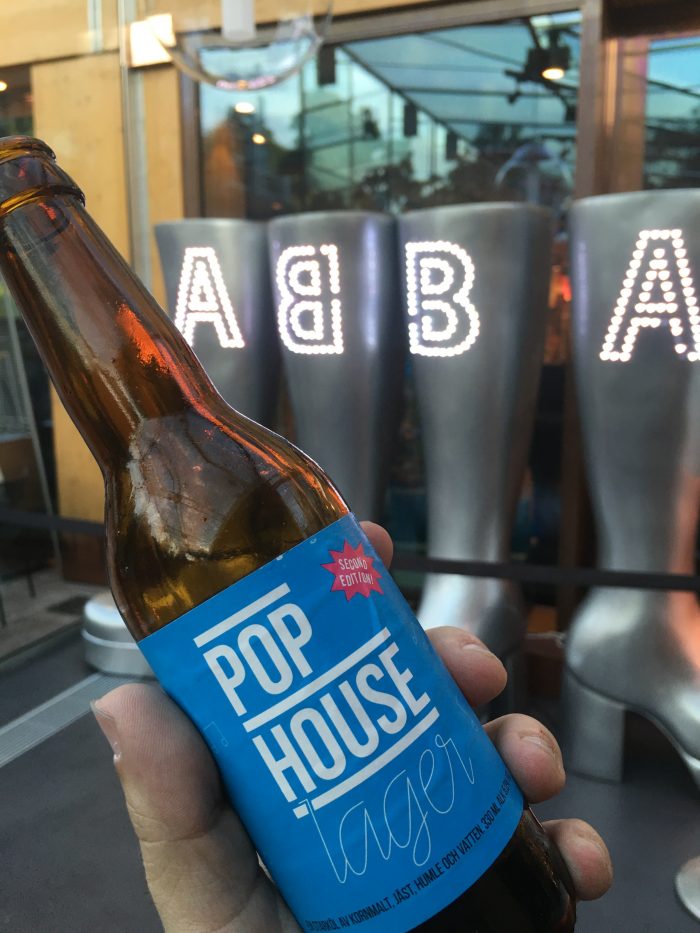 If you’re even remotely a fan of ABBA or pop music, be sure to check out ABBA The Museum if you’re in Stockholm. Even if you’re just a fan of music in general, there’s plenty to appreciate at the Pop House.