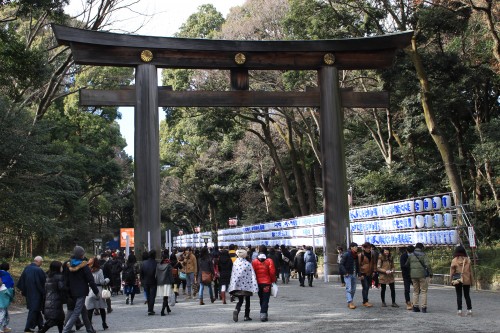 A bit of the way into the park, I saw a few signs, and it became clear that everyone was headed toward Meiji Jingu shrine. I had stumbled my way into a Japanese New Year tradition called Hatsumode.

Hatsumode is the first Shinto shrine visit of the New Year. These visits are generally made during the first 3 days of January, as this is a national holiday period in Japan. With this being January 2nd, I was right in the middle of the rush. You can read more about Hatsumode on Wikipedia.

There were thousands of people in the queue, but there was no rush. Everyone was patiently waiting their turn to enter the Meiji Jingu Shrine complex for New Year’s. There was a strong police/security presence, but they appeared to mostly be there to guide the crowd and keep everyone safe. 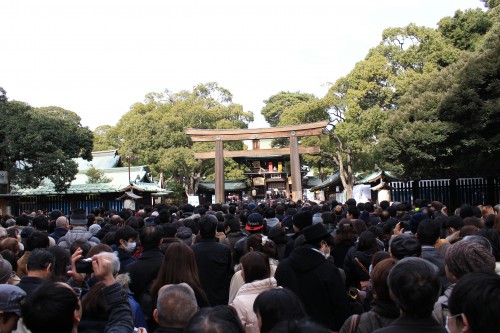 There were guys with megaphones who were making general announcements to the crowd. I of course had no understanding of what they were saying, given that I knew all of three words in Japanese. My lack of understanding would never be an issue during my time in Japan, but having someone with a megaphone yelling information that may be important is an interesting way to start a trip in a foreign land. 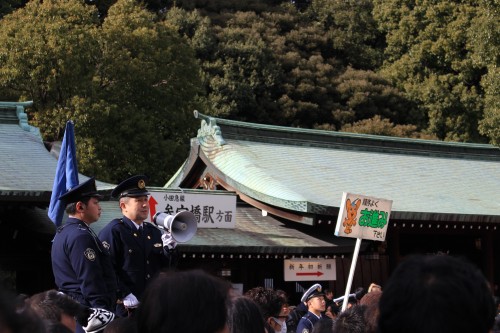 The security guards also kept the theme of keeping everyone safe by using cartoon characters to get the message across. 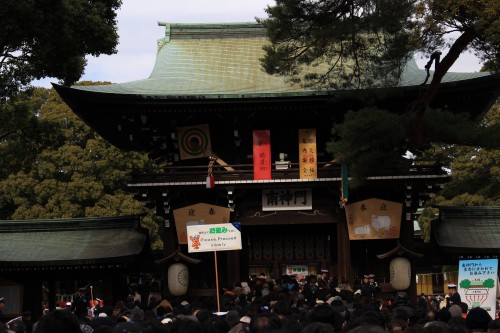 It didn’t take very long to enter the shrine. Visitors go in, say a quick prayer for the New Year, throw some coins, and then leave to purchase other items such as fortunes on their way out. It’s a very orderly & respectful process. 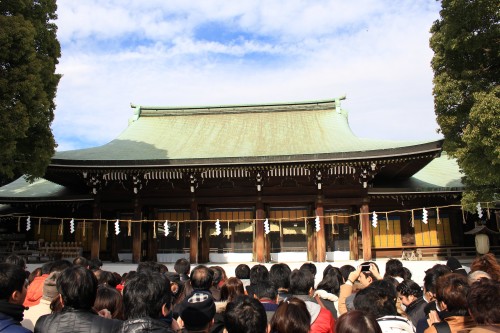 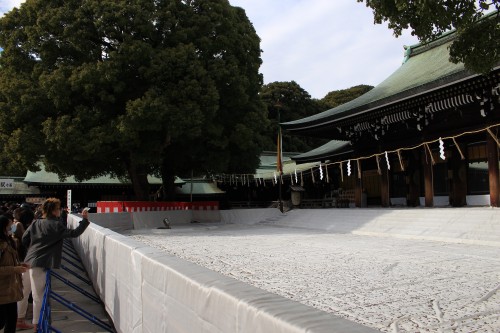 Not wanting to be in the way, I threw a coin toward the shrine (thank you, vending machines I had been to earlier that day!), made some good thoughts for the New Year, and then moved along. While I am not religious, it was a nice experience to begin the New Year.

Here is a nice video with more details of the process of visiting a Japanese shinto shrine for Hatsumode. The process is a bit more tranquil when there aren’t thousands of other people there, but you can get a sense of the experience for a normal visit. In the case of Meiji Jingu, there was no handwashing, though I would encounter this at other shrines later in my trip.

As it was crowded, I skipped the booths where you could purchase a written oracle (omikuji) or charms & amulets (oromamori). I was traveling by myself, and I did not want to impose on anyone to translate my fortune for me. 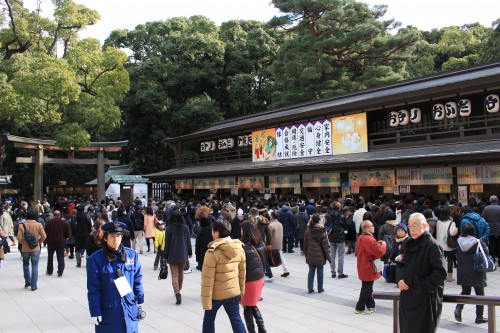 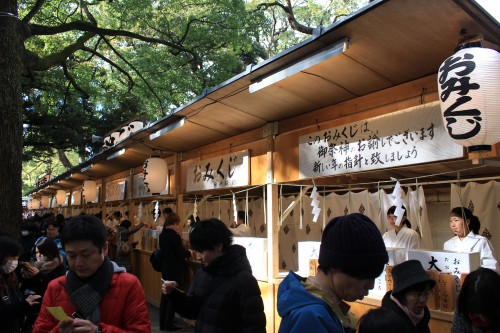 You can do plenty of research before a trip, but the experiences you stumble upon can often be some of the most interesting. Had I not ventured into that Tokyo park, I would have missed a major Japanese tradition. Some 3 million people visit Meiji Jingu Shrine each New Year, which is an astounding number for just a few days. I was glad that I got to be one of them.