Sometimes when I’m traveling I like to just browse around Google Maps to see if anything interesting jumps out at me. When I was in Tokyo for cherry blossom season, I spotted something on Google Maps that I knew I had to check out: The Little Peeing Monk Statue.

Where to find the Little Peeing Monk Statue 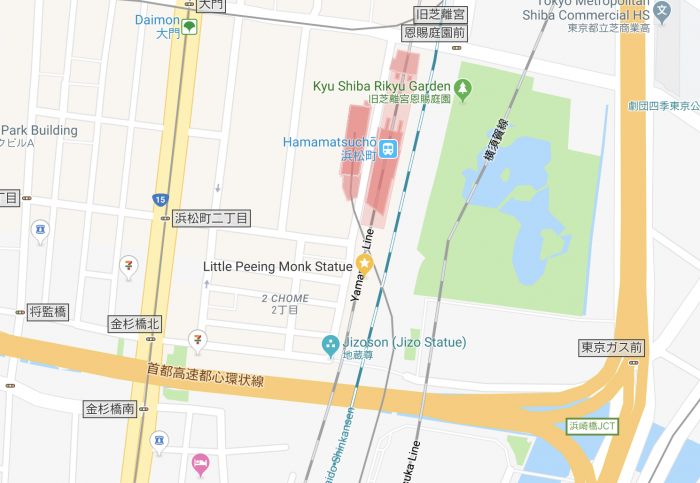 The Little Peeing Monk Statue is actually located on one of the platforms at Hamamatsuchō Station in Tokyo. In order to see it, you’ll need to have a valid ticket to travel on a train. If you’ve come to the neighborhood to see one of the nearby parks, you can just start or end your trip at Hamamatsuchō Station. Head to Platform 3 & 4, and you’ll find the Little Peeing Monk. 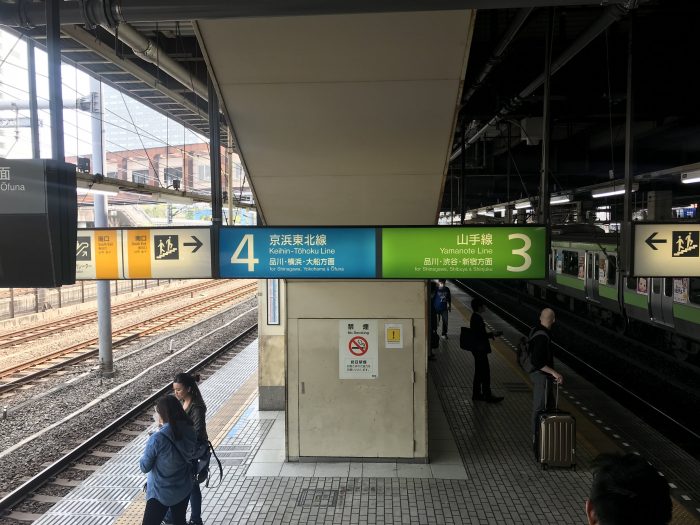 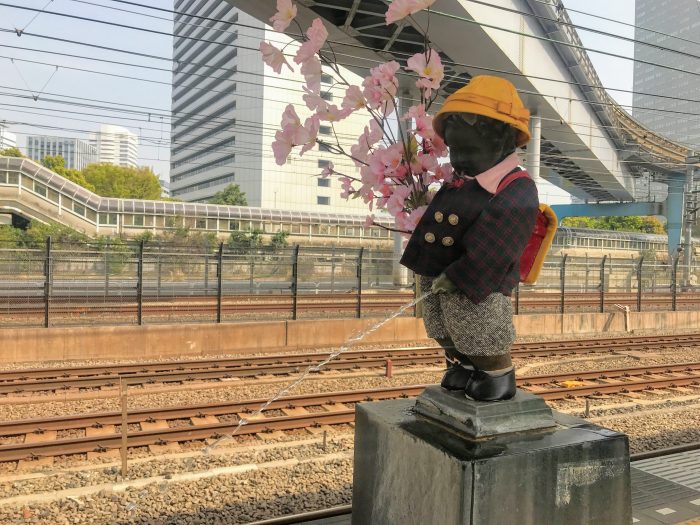 About the Little Peeing Monk Statue

A stone in front of the statue explains that a local dentist named Hikaru Kobayashi donated it to the train station in 1952. It’s inspired by Brussels’ “Manneken Pis”. The statue was originally naked, but local residents have taken to dressing him up in various outfits for each season or holiday, such as in a New Year’s costume, as Santa Claus, as a fireman, or as Ultraman. 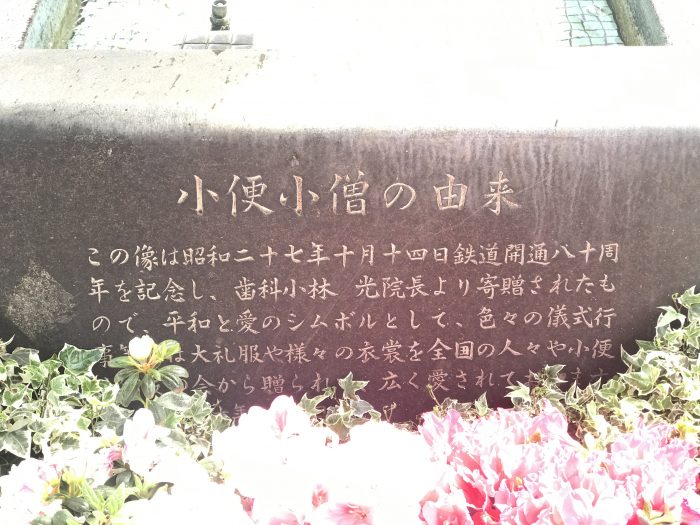 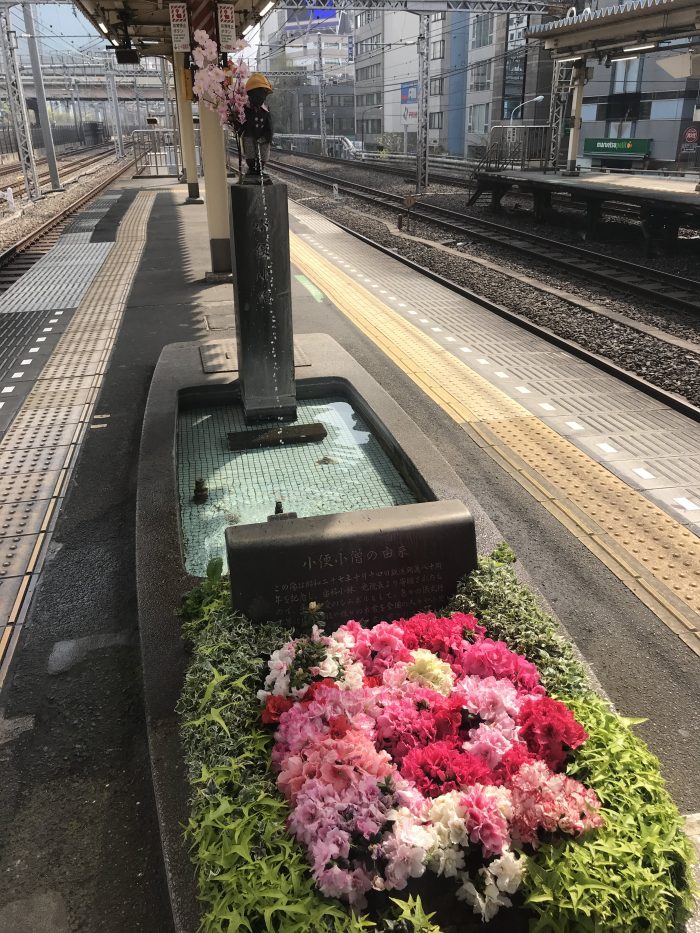 When I visited, the Little Peeing Monk was dressed up as a schoolboy, and he was holding a bouquet of cherry blossoms. Very seasonally appropriate for April in Tokyo! 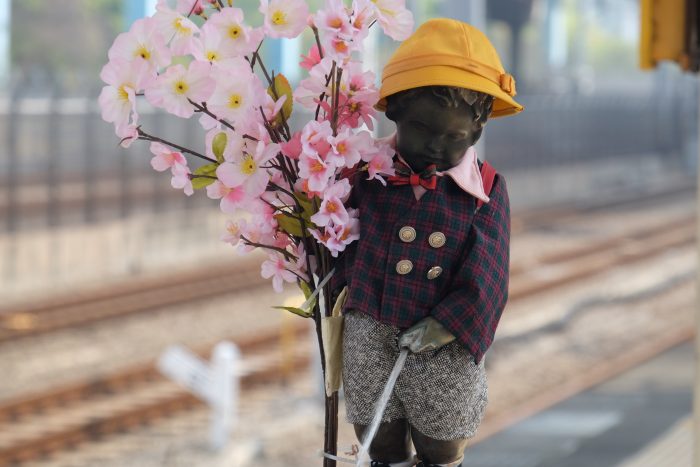 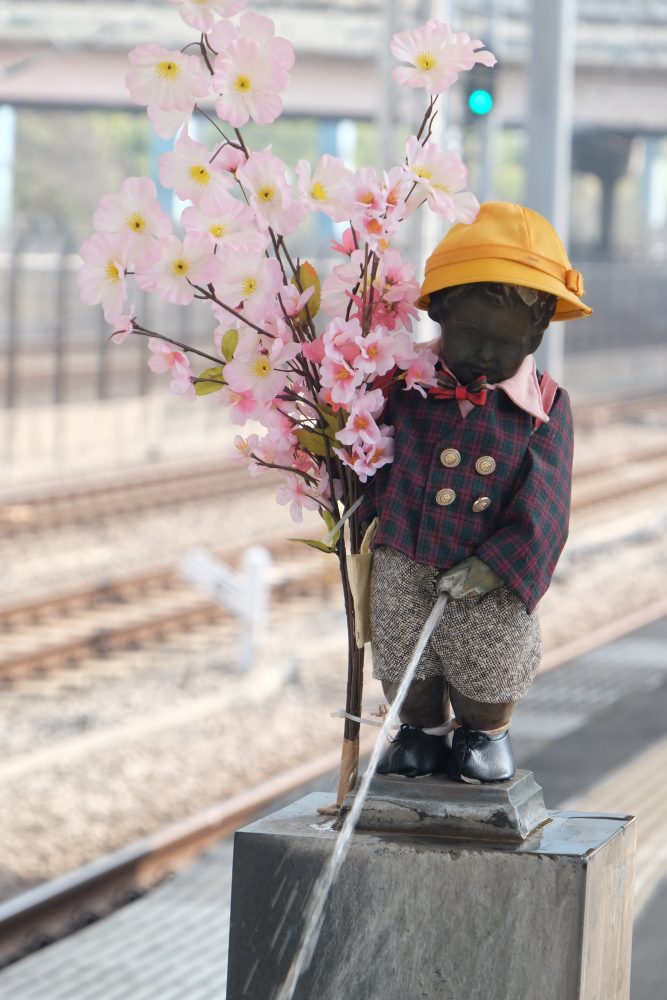 Here are a few photos & videos of the Little Peeing Monk Statue in his various costumes.

The famous peeing boy statue at Shinagawa station is now in his Santa suit! #Tokyo pic.twitter.com/EpfKytwsO9

In Bangkok the Emerald Buddha statue changes costume with the seasons. In Tokyo we have this peeing boy statue (based on a Belgian statue) that follows suit. pic.twitter.com/Svmk0SzD8D

Check out this site for even more photos of Tokyo’s Little Peeing Boy from throughout the years!

It’s remarkable that in a busy city like Tokyo, there are still little hidden gems like this. He’s not in a part of the city that many visitors will go to, but the Little Peeing Monk of Tokyo is a fun little diversion to check out if you’re nearby. 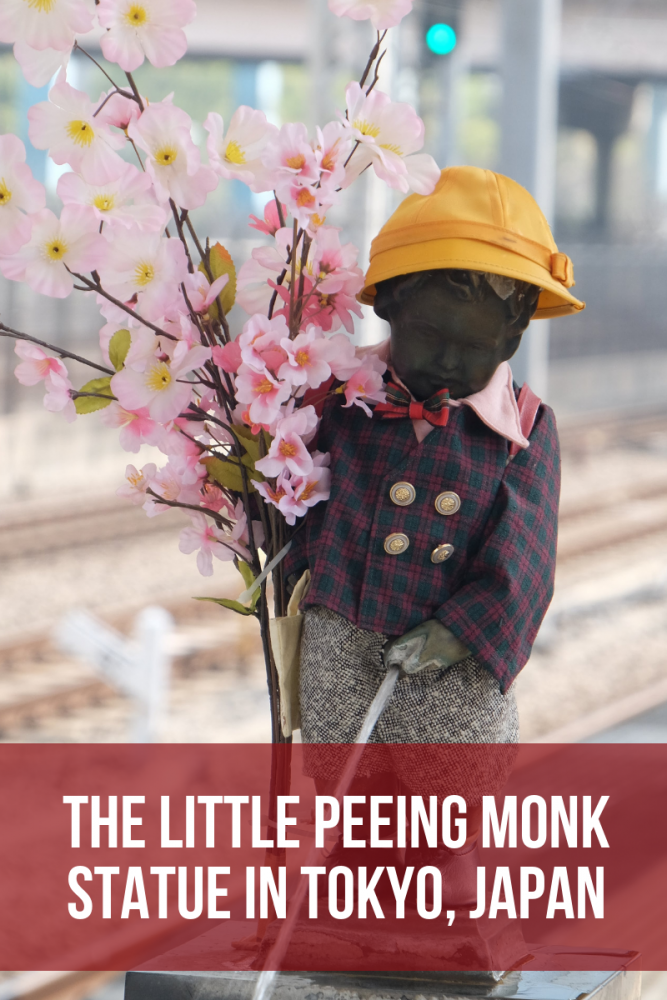