Lisbon is a city built on seven hills. As a result, getting around isn’t as easy as it is in some places. However, Lisbon has built a few unique ways to get up and down the hills: a system of funicular railways & elevators called “elevadors”. The Lisbon funiculars & elevators not only will save you time & energy getting around the city, they are also picturesque sights of their own.

There are three funicular railways in Lisbon, the Glória, Bica, and Lavra. The elevadors were all designed by Portuguese engineer Raoul Mesnier de Ponsard. All are now operated by Carris. The Lisbon funiculars have been declared national monuments of Portugal. Each route is also possible to walk. The streets are steep, but they make for great vantage points for photography. Photos of Lisbon including the funicular trams are ubiquitous, but just because everyone else takes photos of them doesn’t mean you shouldn’t as well. They are an iconic image of Lisbon for a reason.

Over the years, the Lisbon funiculars have been powered in various ways as technology evolved. First, they were run by rack rail and cable that was powered by a water counterweight system, then by steam power, and nowadays by electricity. The cheapest and easiest way to buy tickets for the Lisbon funiculars is to use the 7 Colinas or Viva Viagem card at a present cost of €1.45. Otherwise, a round-trip ticket is € 3.70.

The Glória Funicular first operated in 1885. It’s the most popular funicular in Lisbon. It runs between Restauradores Square to Bairro Alto on a 17.7% slope. Two lines run parallel to each other, along a slight curve. 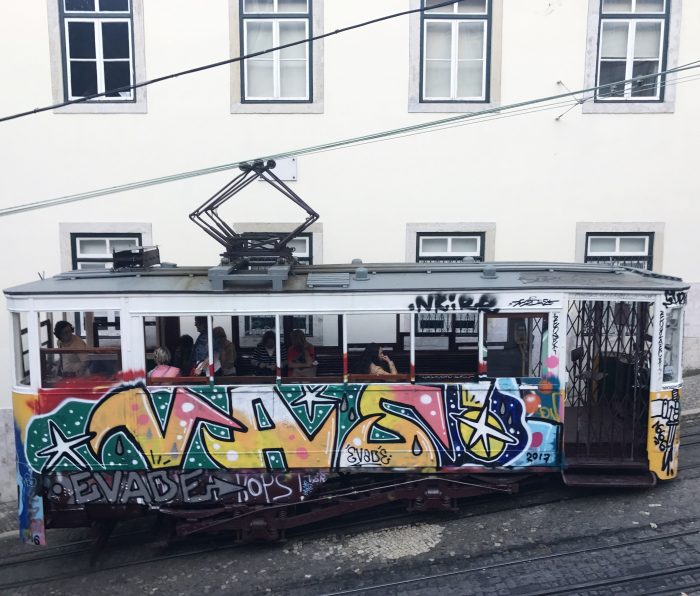 The funicular cars consist of one single level compartment. 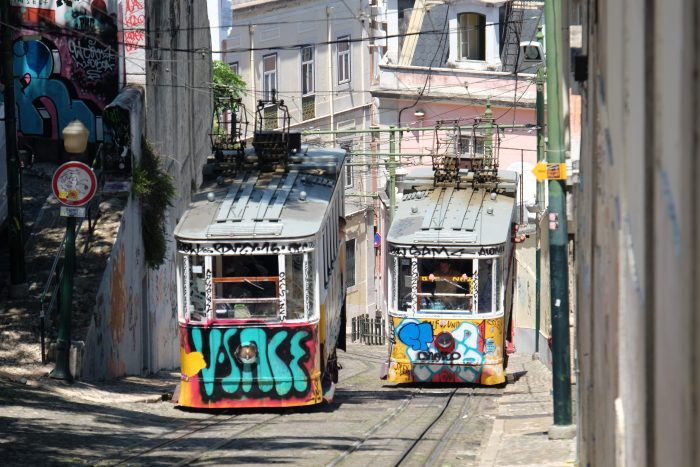 The view of Lisbon Castle from the overlook next to the top of the Glória Funicular is one of the best in Lisbon. 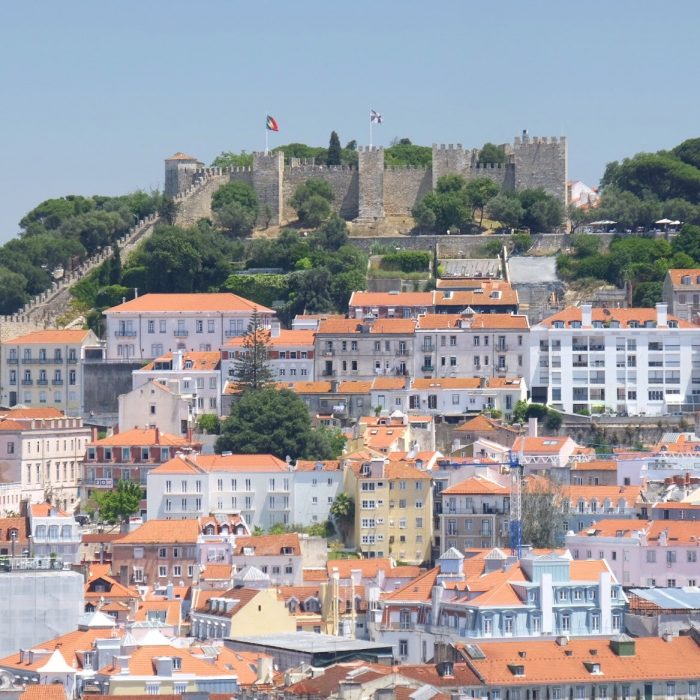 The Bica Funicular has been in operation since 1892. It operates from near the waterfront at São Paulo Street to Calhariz Square in Bairro Alto on an 11.8% incline. 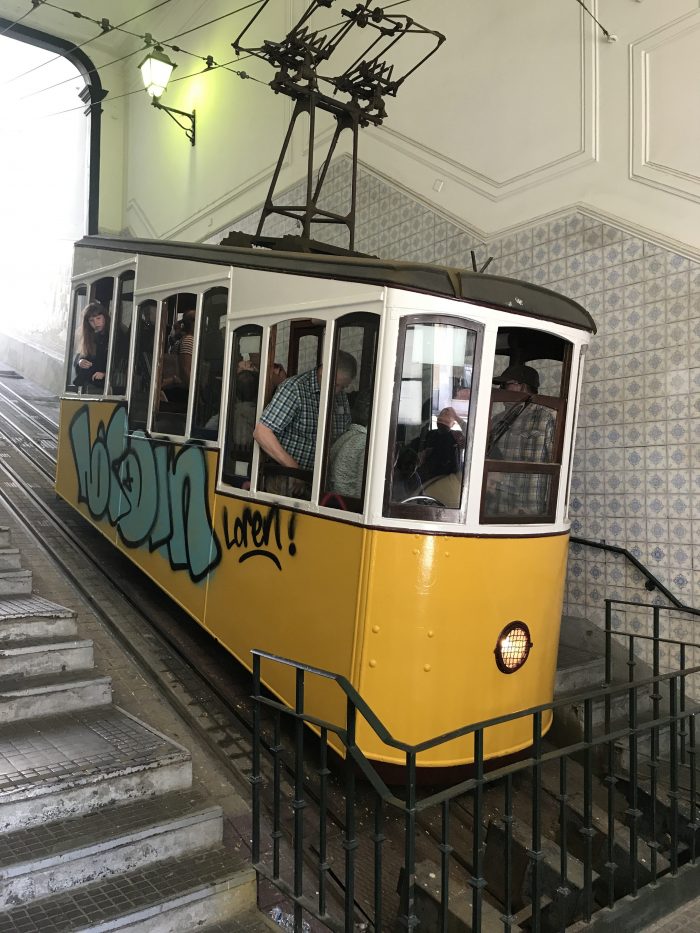 Two lines run parallel, but due to the narrow nature of the street, passing is limited to an area that is wider. 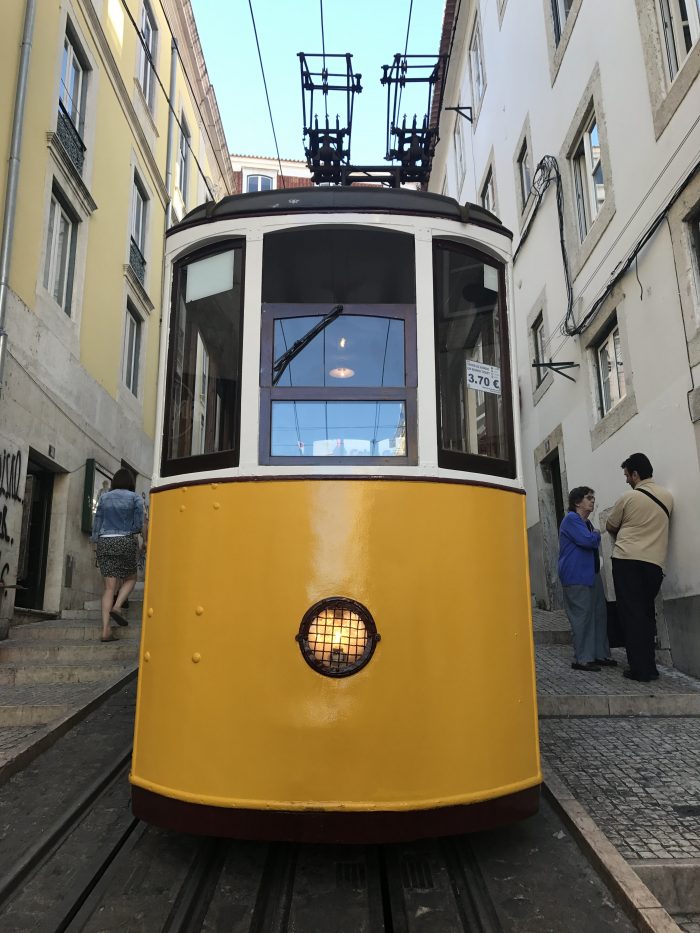 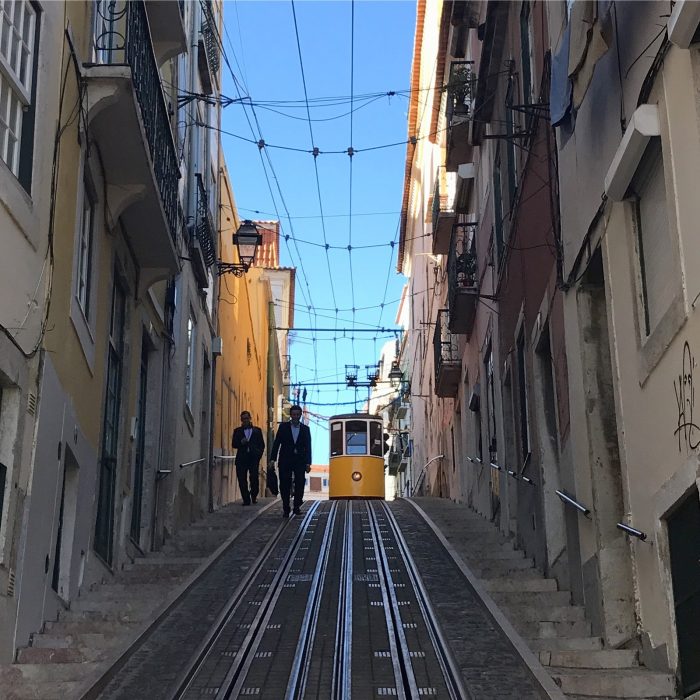 The cars of the Bica Funicular consist of three separate compartments, rather than one continuous one. Thanks to its location, it has incredible views of the Tagus River behind it as you look downhill. 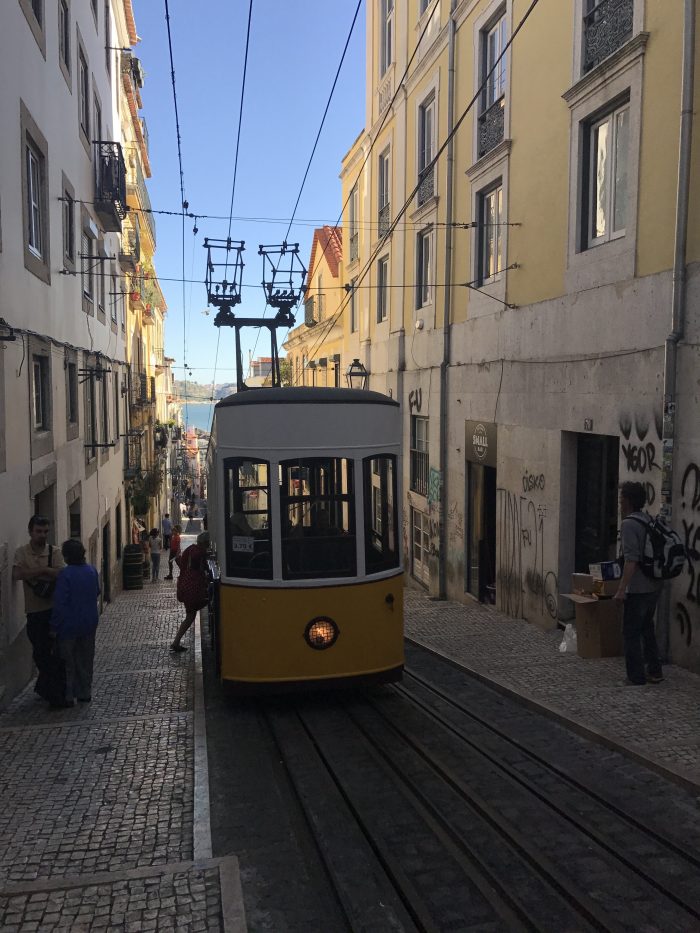 It’s the second-most popular of the elevators, but in my opinion it is the most picturesque.

Lavra Funicular is the oldest Lisbon funicular, having opened in 1884. It runs between Anunciada Square to Câmara Pestana Street. It combines some of the features of each of the other two elevators as the Lavra Funicular curves around very narrow alleyways.

The Elevador de Santa Justa is immensely popular, as it provides a way to get from the Baixa neighbohood to Bairro Alto. The elevator is 147 Ft (45m) tall. It has been in operation since 1902. 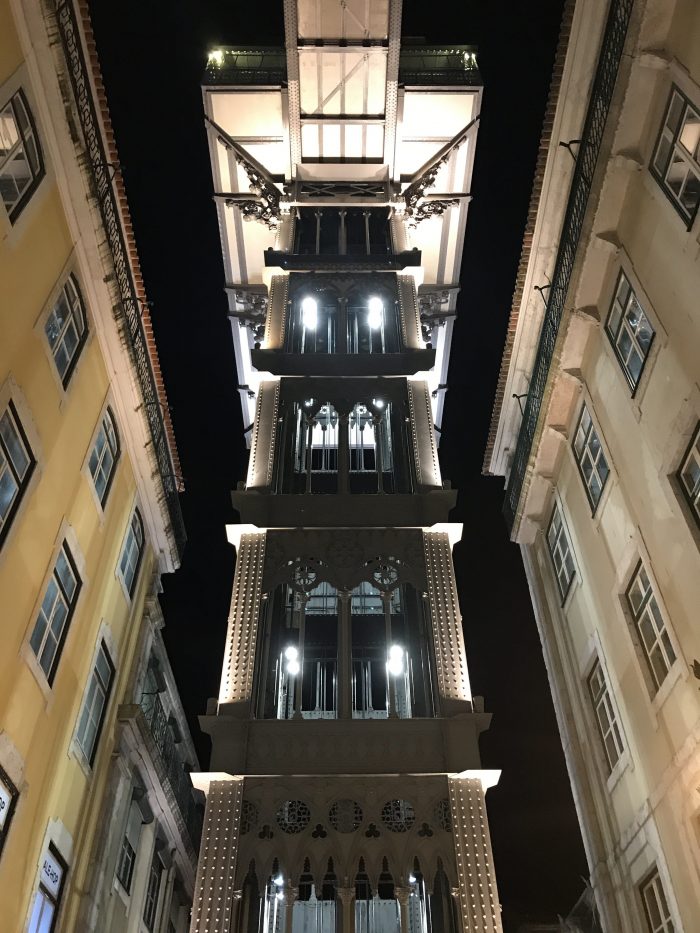 At the top, there is an overlook that gives fantastic views across the area. Lines can be very long, so if you’re up to it, consider taking the stairs up to the observation deck instead. The cheapest way to use the Santa Justa Elevator is with the 7 Colinas or Viva Viagem card at a present cost of €1.45. Otherwise, a round-trip ticket is € 5.15.

The hilly geography of Lisbon has led the city to use some unique ways to get around. While the Lisbon’s funiculars & elevators might not be the most modern methods of transportation, they are picturesque & fun to ride. Anything beats walking up those hills! 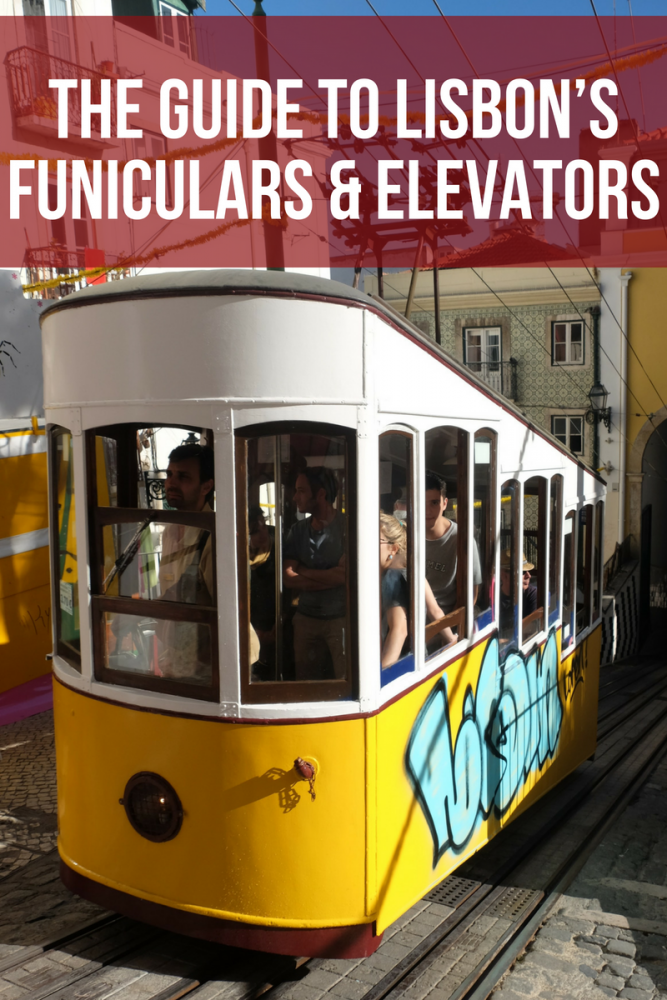