The Lake District is perhaps the most beautiful area of England. Mountains tower above the green valley floors, and of course, there are the lakes. After a long day of enjoying the outdoors, there’s nothing better than having a cold beer. While real ale still tends to dominate the area, there are still a few great places to drink craft beer in Windermere & the Central Lakes. Here are my favorite places for craft beer in the Lake District.

The best craft beer in Windermere & the Central Lakes 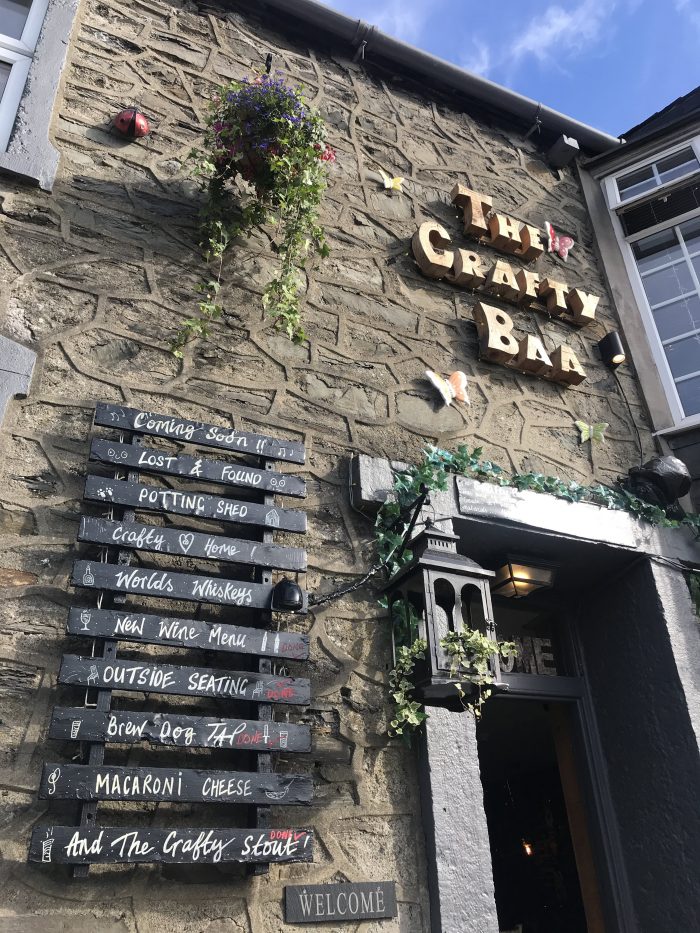 The Crafty Baa feels like you’re stepping into someone’s home to drink, which you kind of are. It’s family run by Vincent, Lisa, and Ben Gregg, & the 2-story cozy building is a converted house. I felt immediately welcomed, and the atmosphere only got warmer from there. 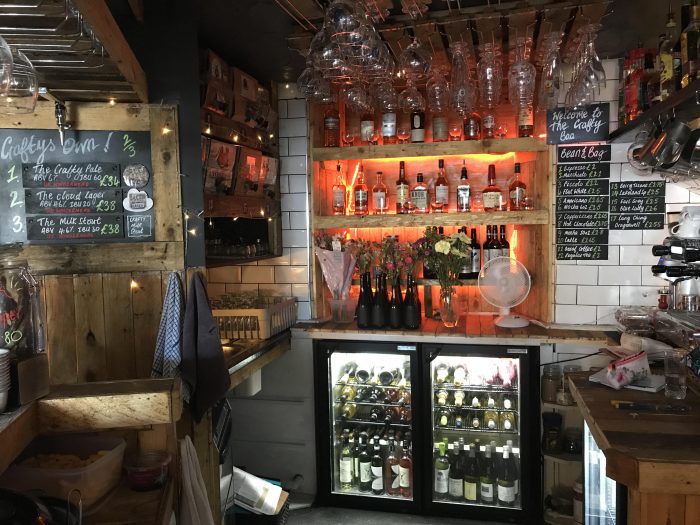 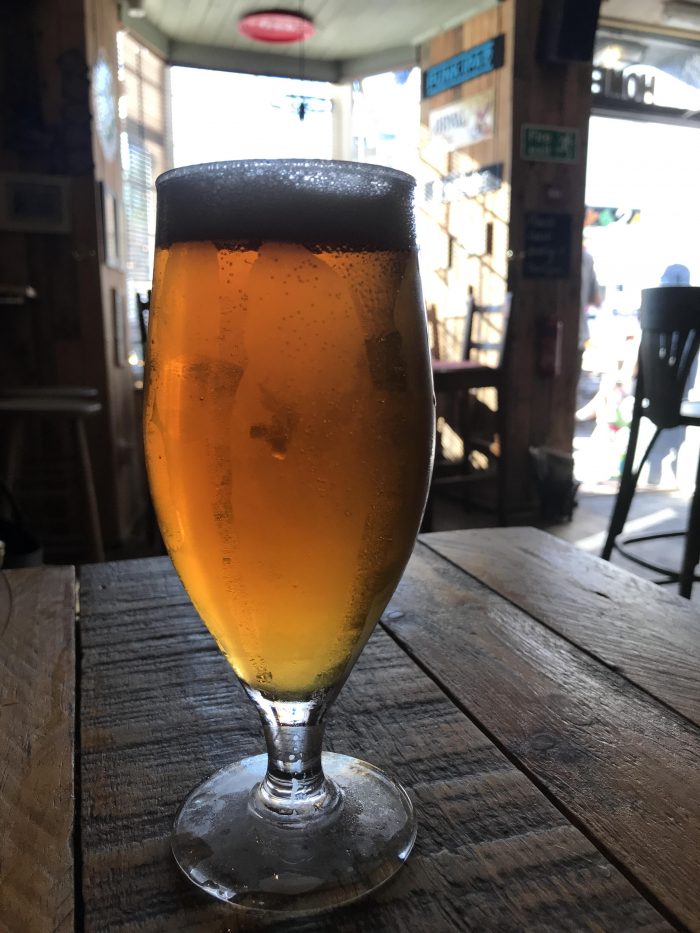 As for the beer, The Crafty Baa has 3 taps of their own house draft beer, 6 guest beer taps (including a BrewDog exclusive), 8 cider taps, and then a huge selection of nearly 100 cans & bottles. There’s also plenty of wine & whisky for non-beer drinkers. In the attached Pie & Pint next door (billed as the Smallest Pub in the Lake District), you’ll find 3 casks, as well as pies. 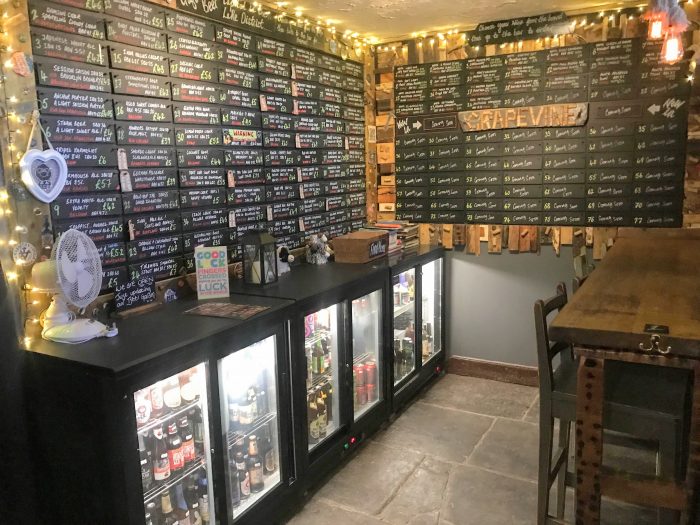 Beyond the beer, The Crafty Baa also has a nice food menu, featuring sandwiches & bar bites. The baked camembert is especially nice. 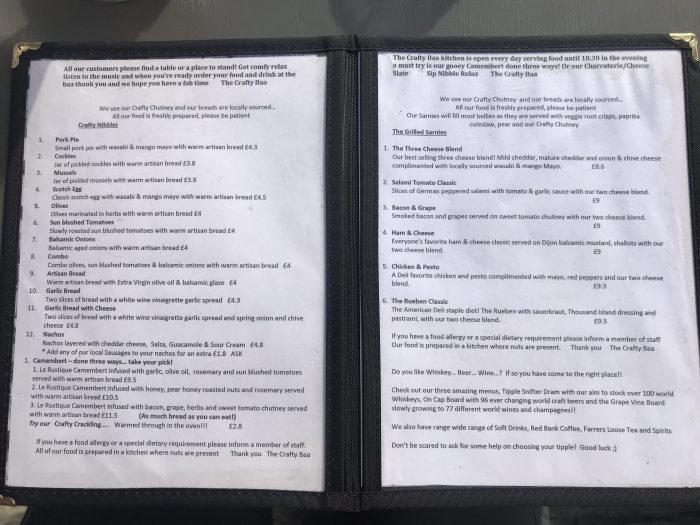 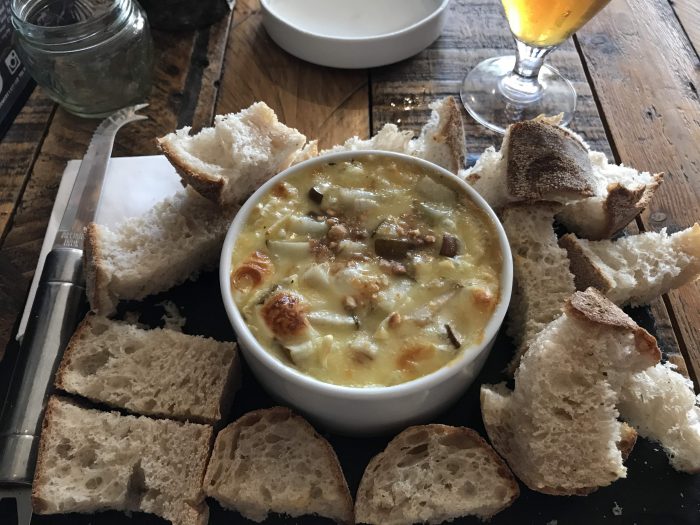 Despite The Crafty Baa only having opened in 2016, it has been winning awards such as the 2018 AA Pub of the Year while also expanding (as much as the limited space permits). The patio space was especially appreciated, as that summer was seeing a record heat wave. The Lake District is one of the rainiest places in England, so a beer garden might not always be useful, but it’s good that it’s there. 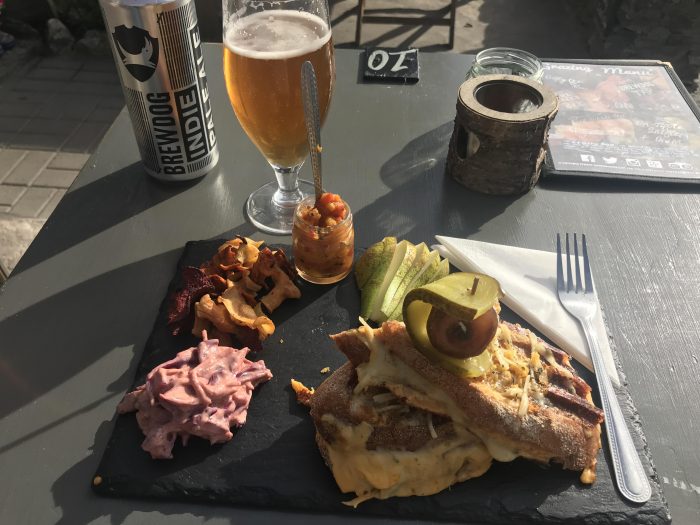 If you’re looking for the Lake District’s best craft beer bar, The Crafty Baa in Windermere should be your first stop.

Beer Ambleside is the best bottle shop in the Lake District. 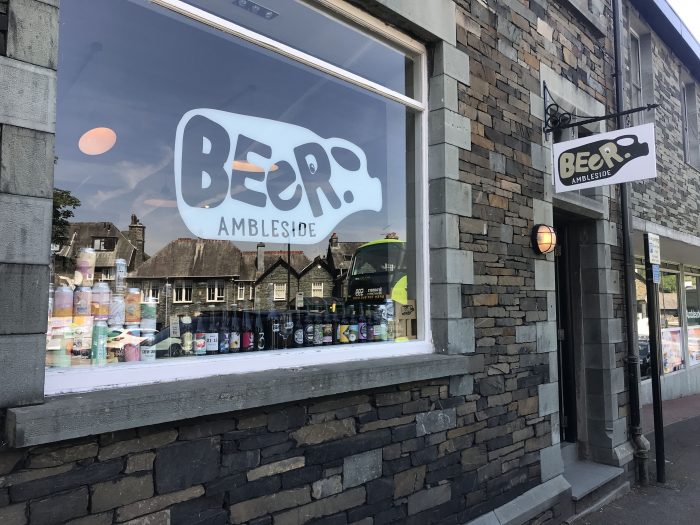 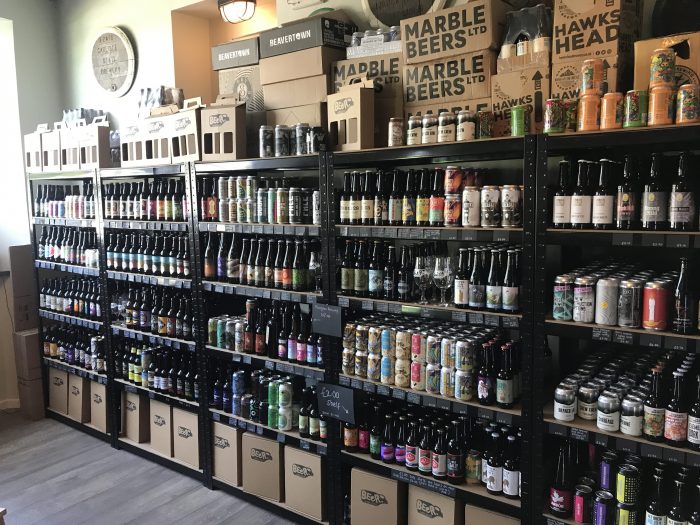 It’s the perfect place to pick up a reward for after (or during) a hike, or to just sit by a lake & enjoy. 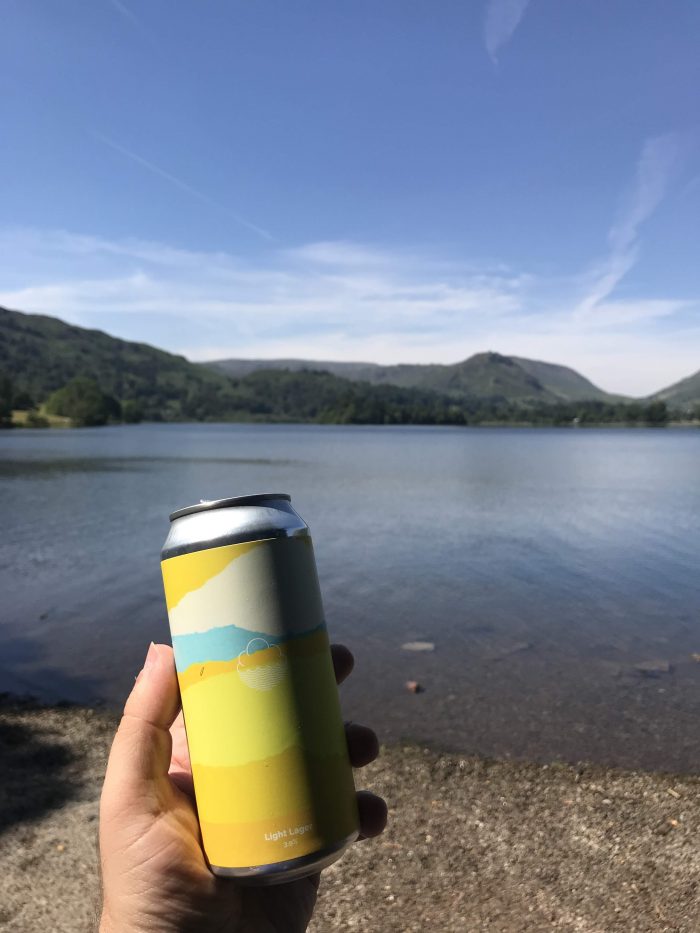 Tweedies is a bar & lodge with craft beer in Grasmere. The property has a massive outdoor lawn, perfect for drinking on warm summer days. 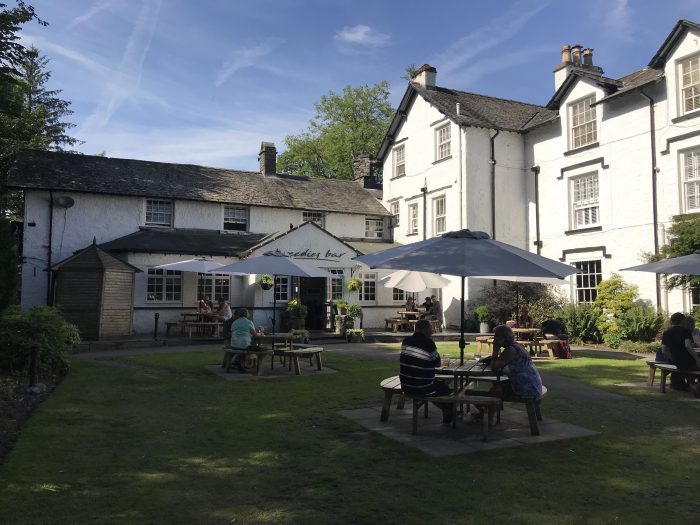 The beer selection here is solid. Tweedies has 10 cask ales, but they also have 7 draft taps. For craft beer fans, there are about 50 bottles & cans available, including Cloudwater, Tiny Rebel, Northern Monk, & other British breweries. 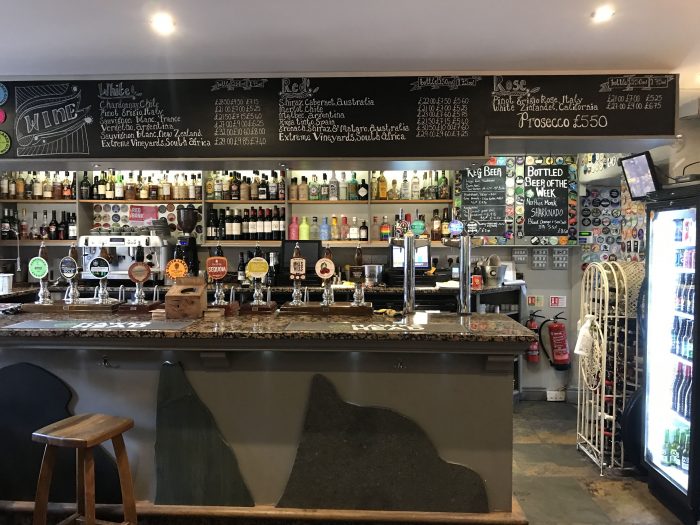 In addition to the bars I’ve highlighted above, there are a few other notable craft beer & real ale pubs in the Lake District.

Hole in t’ Wall can be found in Bowness-on-Windermere. A couple of miles outside of Windermere, you’ll find the Watermill Inn & Brewery. Bar eS, in Ambleside & Keswick, has a small craft beer selection. In Ambleside, you can also find the Golden Rule, The Unicorn Inn, & The Lily Bar, while The Wateredge Inn is in nearby Waterhead. The Good Sport is the home of the Grasmere Brewery.

It’s not particularly difficult to find real ale in the towns around the Central Lakes, so I’ve mostly focused on sharing the best Lake District craft beer bars above.

Have you spotted other great places in the Lake District for craft beer? Let me know in the comments! 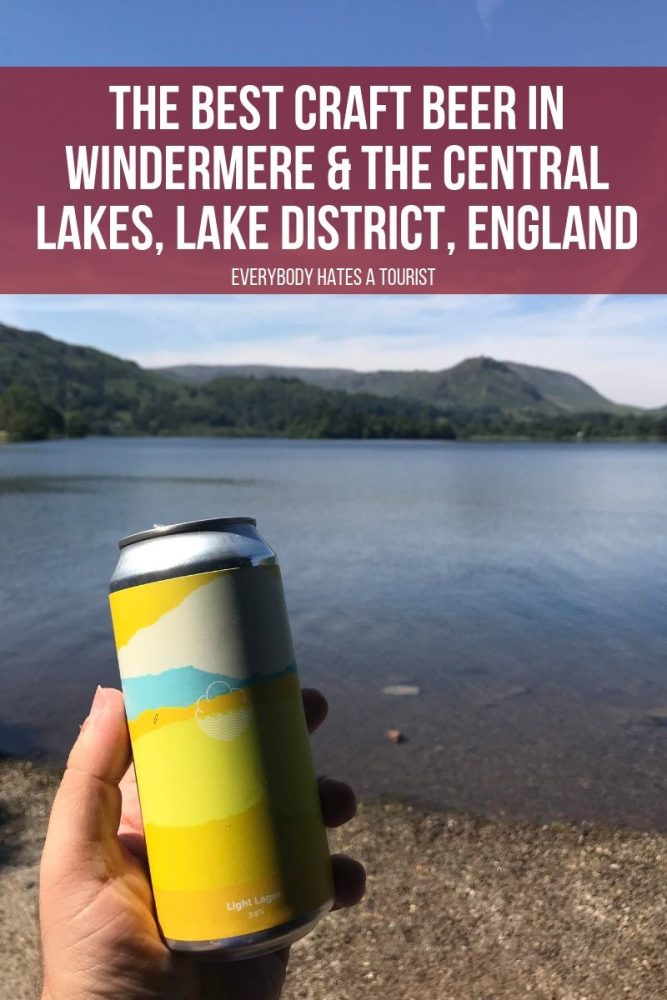