Ghent is perhaps the best city for encountering all of the best of Belgium. The gorgeous city center is filled with medieval architecture, riverside views, and history. There’s great food, and yes, great beer. Whether you’re looking for traditional Belgian beers or more modern craft beers, Ghent has you covered. Here’s my guide to the best craft beer in Ghent, Belgium, including beer bars, breweries, & bottle shops.

Dok Brewing Company is a huge new brewery & craft beer bar in a former industrial area of northern Ghent called Dok Noord. The area is undergoing revitalization, with Dok right at the center. 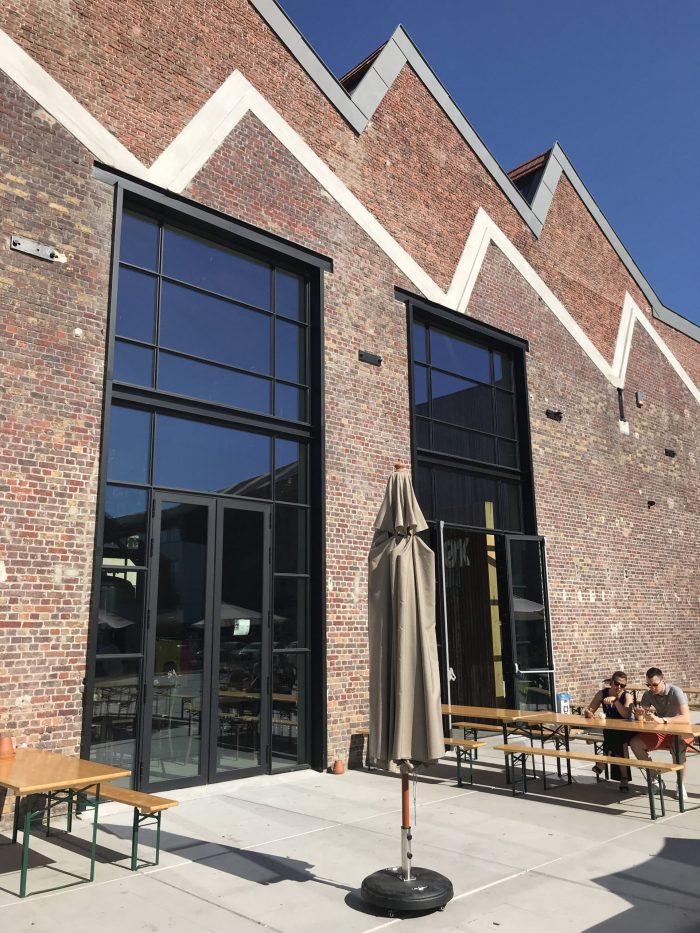 They boast 30 taps, with a combination of their own beer along with plenty of guest taps. If that’s not enough, there’s also a selection of high-quality bottles & cans. Since it has such a great selection of other beers as well, I included them here rather than just below with the breweries, but they excel at both. Dok is the best craft beer bar in Ghent. 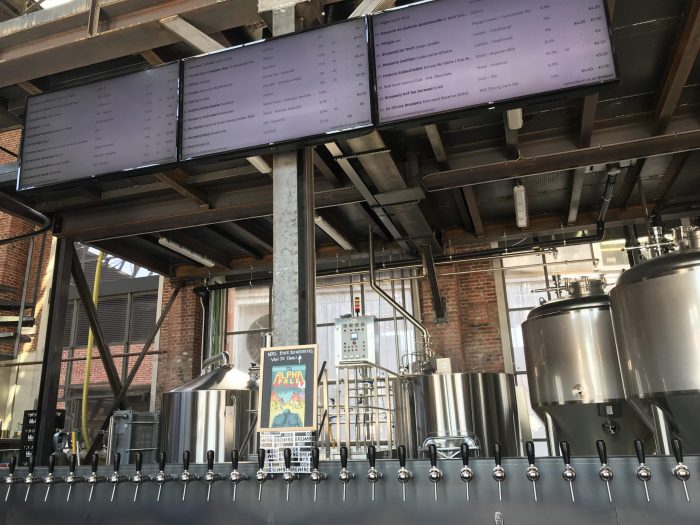 Outside, there’s a huge patio. Between that & the seating inside, there’s no trouble finding space. Since Dok is quite a bit outside of central Ghent, it’s not a place that visitors might stumble upon. You have to know that it’s here.  Thanks to the generous space, conversation is easy, but the noise is also well-balanced with a fantastic selection of indie rock music.

If the beer isn’t enough, the large warehouse building also has several food stands inside. The food court includes a BBQ restaurant, a burger spot, a patisserie, a self-service bread shop, and toasted sandwiches.

Dok Brewing Company is at the forefront of modern Belgian craft beer culture. It might take some effort to get to from the center of Ghent, but it’s well worth it.

Kantien is another craft beer bar that’s a bit outside of central Ghent. It’s near the University & sports area. Since it’s above the rowing club, the sport is part of the theme. 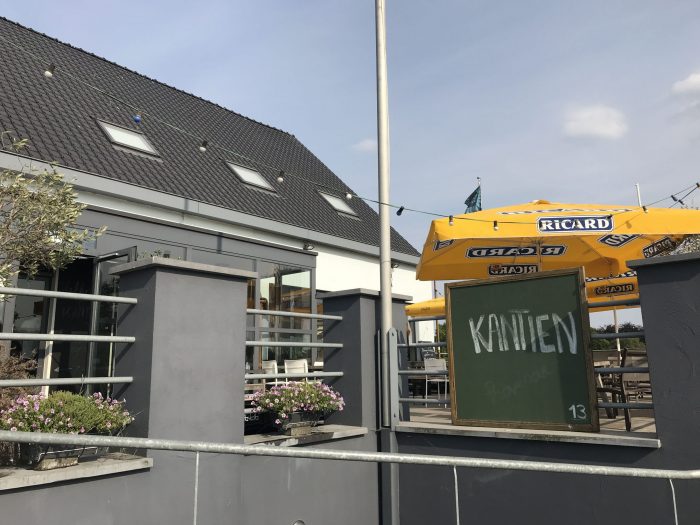 Kantien also has a nice big patio outside. There are around 5 taps, with a bottle selection as well, from breweries including Omnipollo & Cigar City. 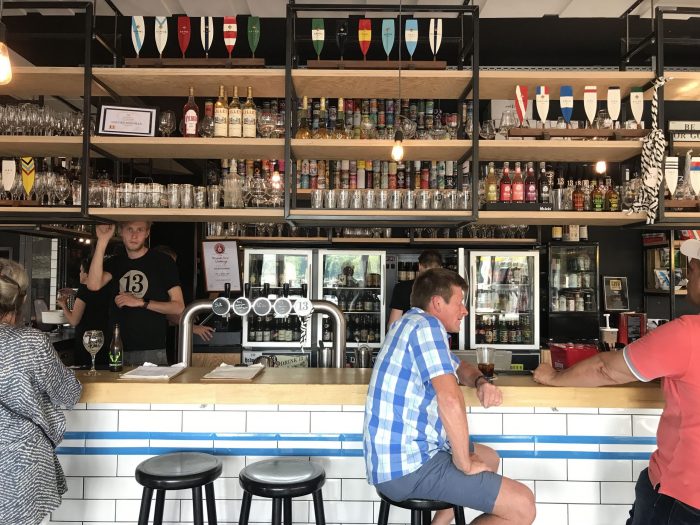 Uncle Babe’s is a restaurant that serves burgers & BBQ. 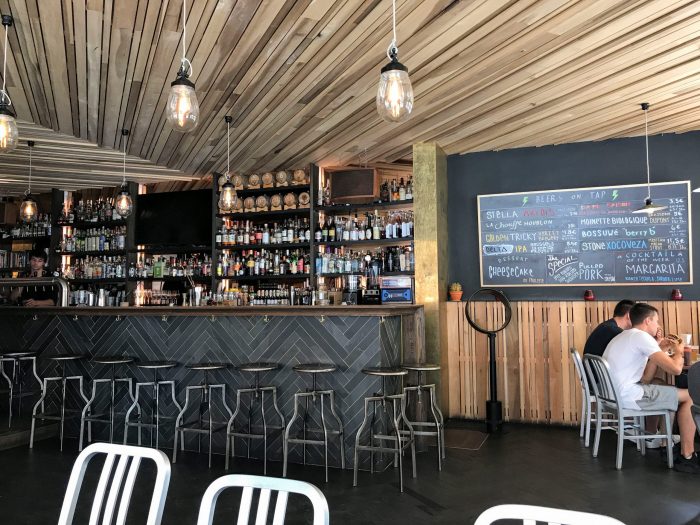 They’ve also got 8 beer taps, with a mix of traditional Belgian beers, modern Belgian craft beers, and other imports such as Stone.

Along the Leie River, you’ll find the heart of Ghent’s bar scene. The waterfront bars are often crowded with locals & visitors alike. However, there’s a nearby bar called Barrazza that still has waterfront views, but is a bit quieter. 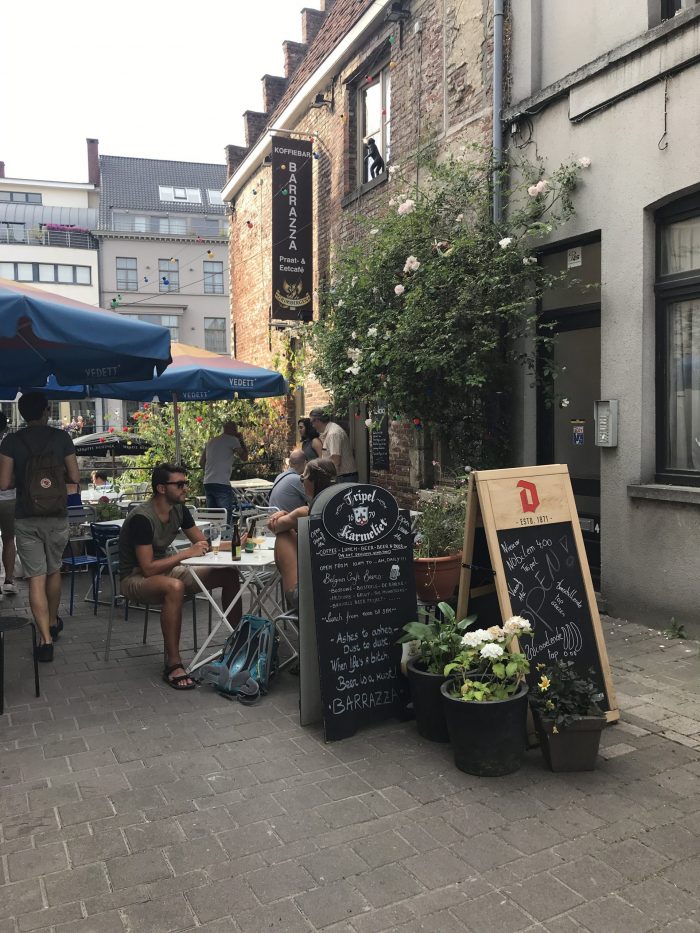 Barrazza is located at the end of a quiet alley, keeping it a bit more off the radar. There’s a patio out front, a nice beer selection inside, including Brussels Beer Project on tap. Go here if you want an authentic Ghent outdoor riverside bar experience that has some room to breathe. 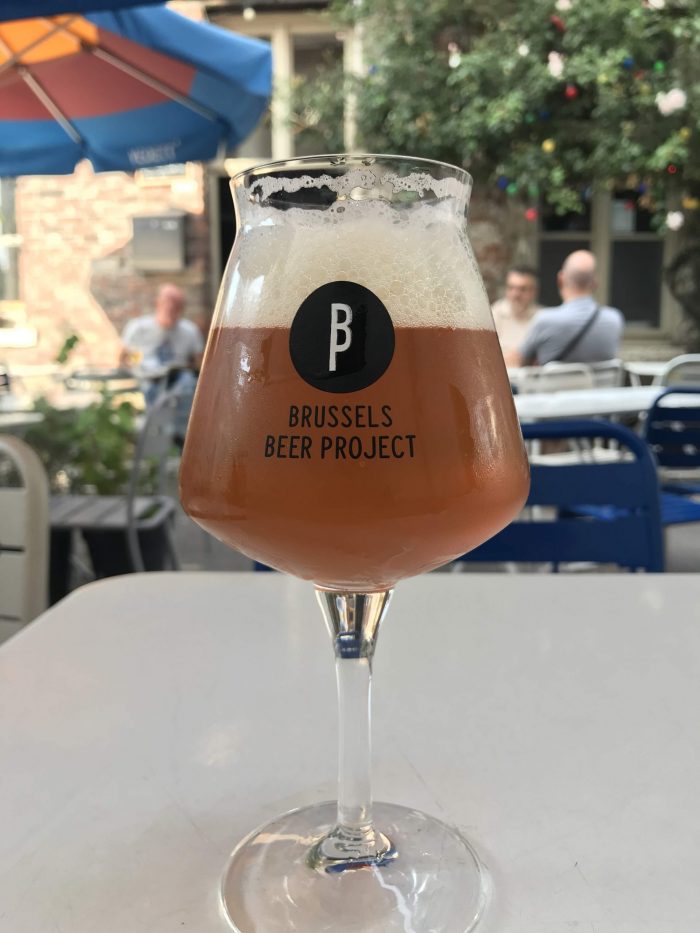 If you want the full Ghent canalside bar experience with crowds included, Het Waterhuis aan de Bierkant is your destination. The amazing waterfront views make it one of the most popular bars in Ghent, but it can be a fun time. 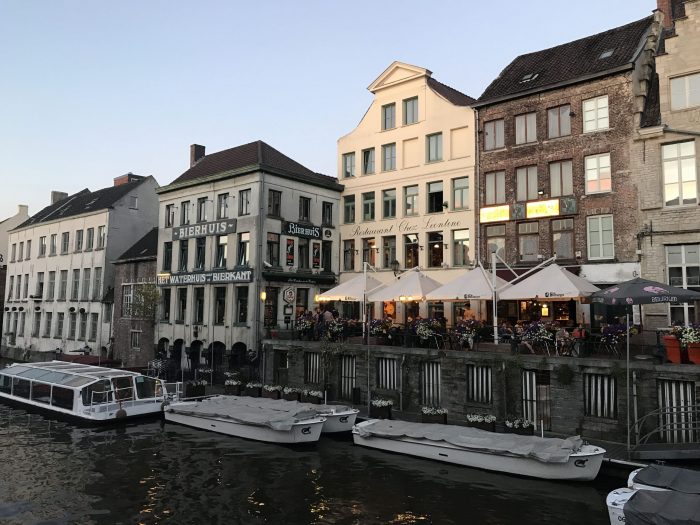 Het Waterhuis aan de Bierkant has a selection of house beers, plus a nice selection of draft & bottles (over 160 total). Much of it is traditional Belgian, but there are other beers as well. With many popular bar destinations, you often find yourself having to compromise on beer selection. Not here. 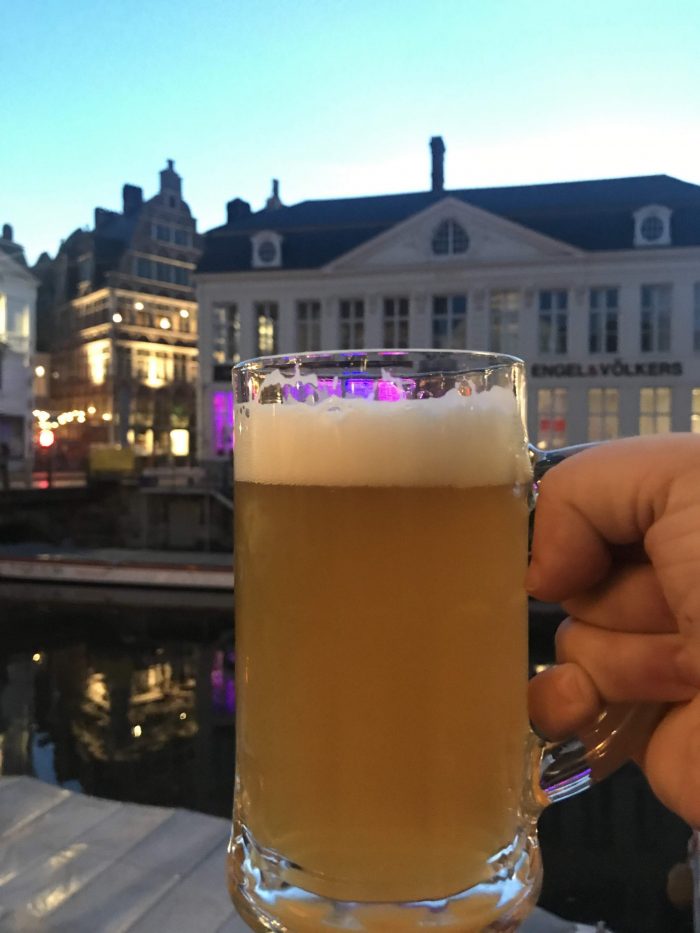 For the most part, I visited craft beer bars as opposed to more traditional Belgian places, simply because I’m more of a fan of those beers. However, traditional Belgian beer bars are of course also all over Ghent. Some of the best spots with massive Belgian beer selections include Cafe den Turk, Trollekelder, Trappistenhuis, Dulle Griet, & ‘t Galgenhuis. These traditional old cafes also have classic Belgian snacks such as meat & cheese to pair with your beer. 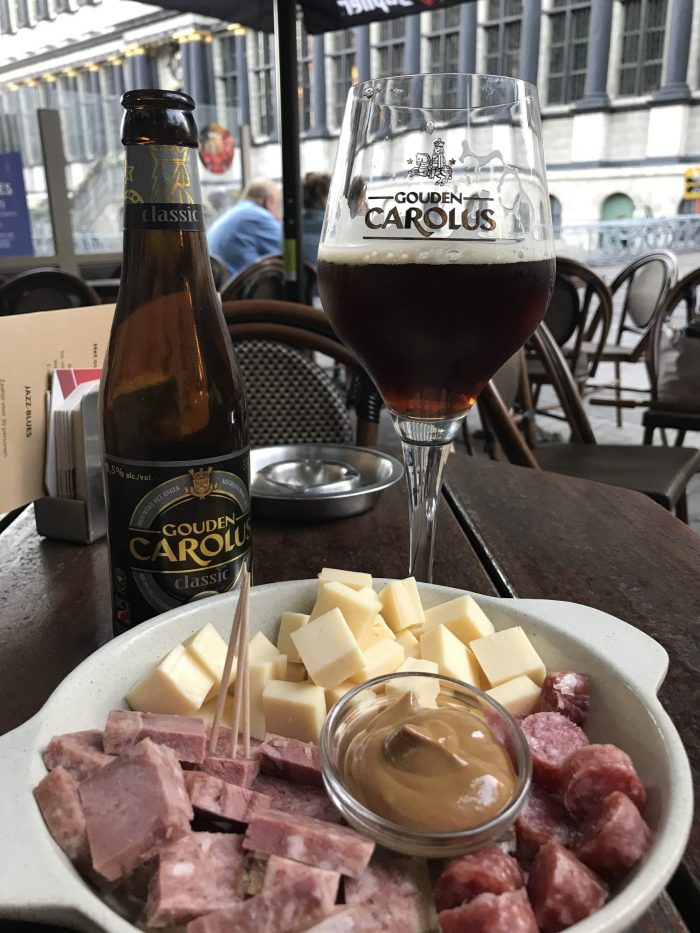 The best breweries in Ghent

Here’s more about DOK Brewing Company, since their brewery & bar is one of the best places for beer in Ghent. 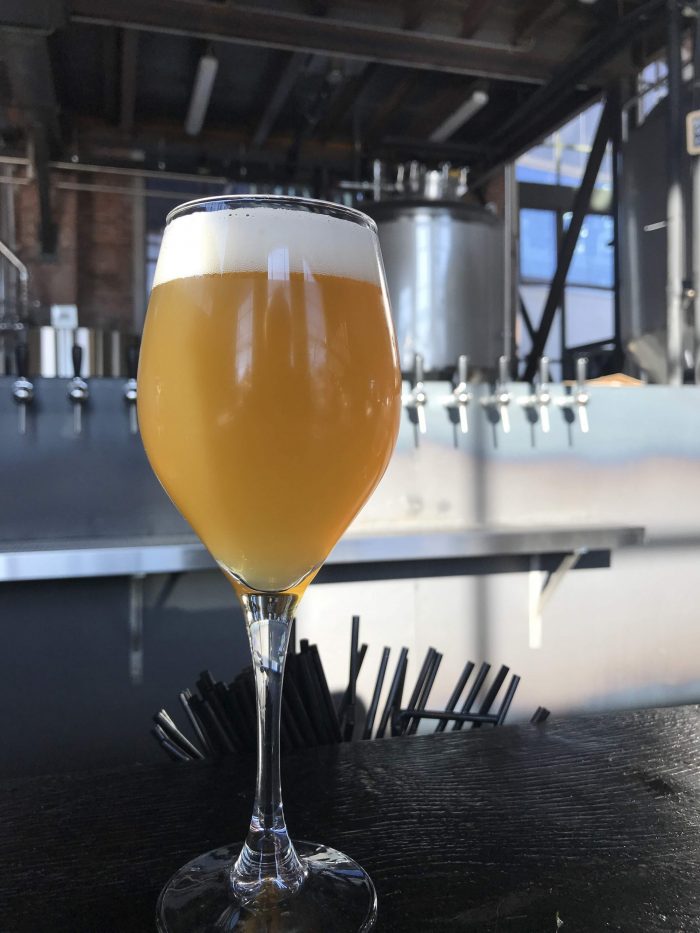 DOK opened in 2018, with a focus on broadening the horizons of what Belgian beer is. The brewery does make classic Belgian styles such as tripels, dubbels, & saisons, with modern interpretations. Additionally, they brew the requisite hazy IPAs & imperial stouts that have taken over the world. DOK also do plenty of collabs with other breweries. All of this means that you’ll see a constantly changing tap list at DOK. Flights are of course available, as are tours of the facility.

If you’re a fan of unique beer styles, Gentse Gruut Brewery is a must-visit in Ghent. 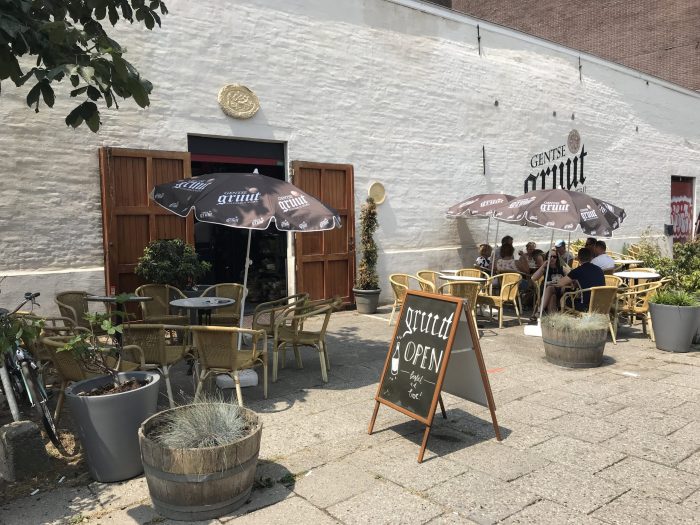 Gruut is a beer with medieval roots. While nearly every beer you’ve ever had was made with hops, gruut is special for its lack of hops. Instead of hops, gruut substitutes herbs. In 2009, Annick De Splenter opened Gentse Gruut Brewery after she combined her knowledge of beer brewing with research on how best to replace hops in beer to create these historical resurrections. 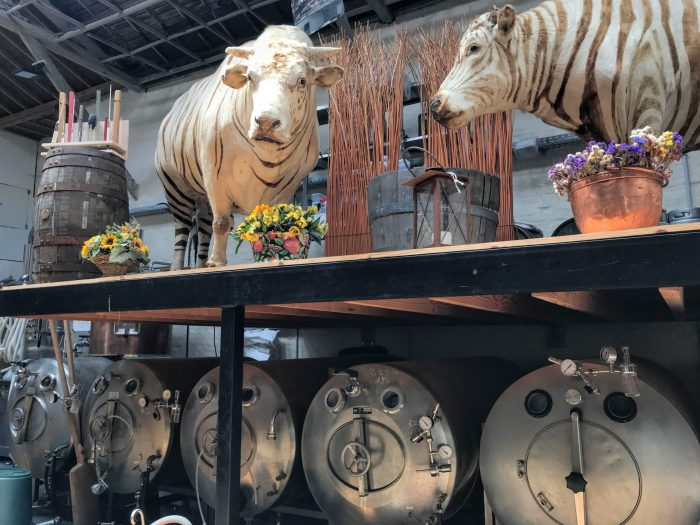 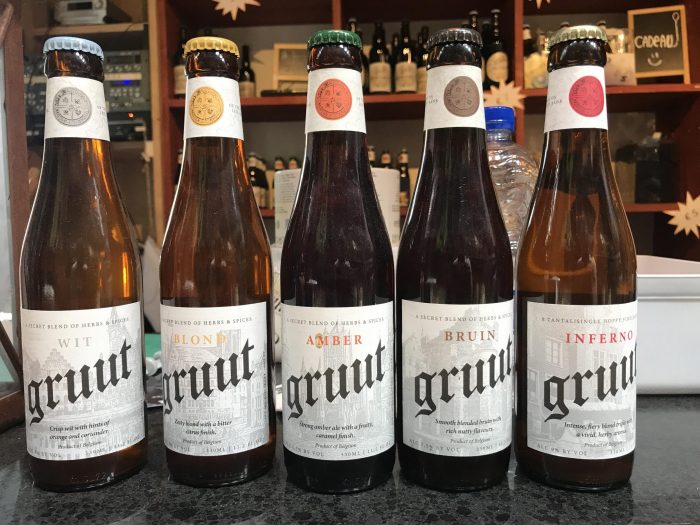 Should that not be sufficient, they also offer a tour where you can customize your own bottle of gruut to your liking. As you might imagine, gruut has a unique taste to it, but as long as you’re fine with a bit of herbal flavors, you’ll enjoy it. Plus, it gets increasingly fun to say “I AM GRUUT” as you drink more of it. 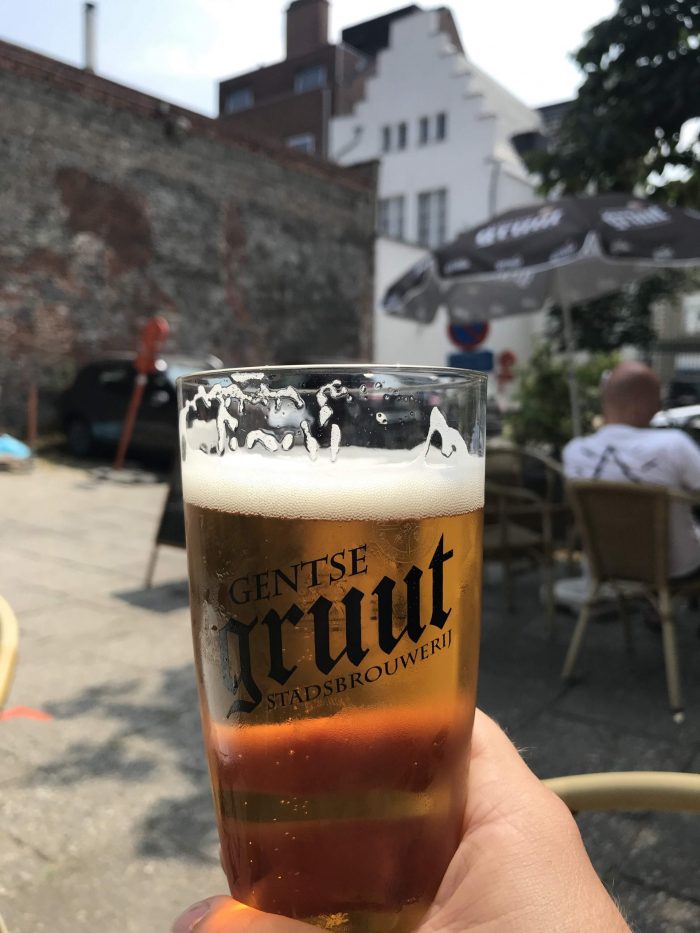 Brouwbar is Ghents newest craft brewery. Located in the Patershol neighborhood, they brew a variety of Belgian & other styles, including IPAs.

De Hopduvel is an amazing bottle shop. At first, it’s a bit hard to find, but go back into the parking lot (which makes sense, since it’s a place where you’d want to fill up a car load of beer), and you’ll find it. 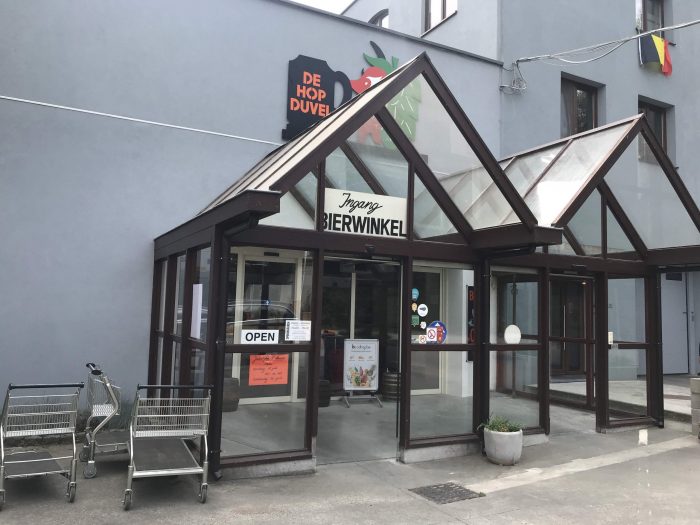 There are hundreds of different beers here, plus other drinks. For the serious, there’s also brewing equipment and glassware. None of the beer is kept cold, and there’s no bar to drink at on-premises, but it’s a perfect beer supermarket to stop off at if your AirBnb or hotel has a refrigerator. 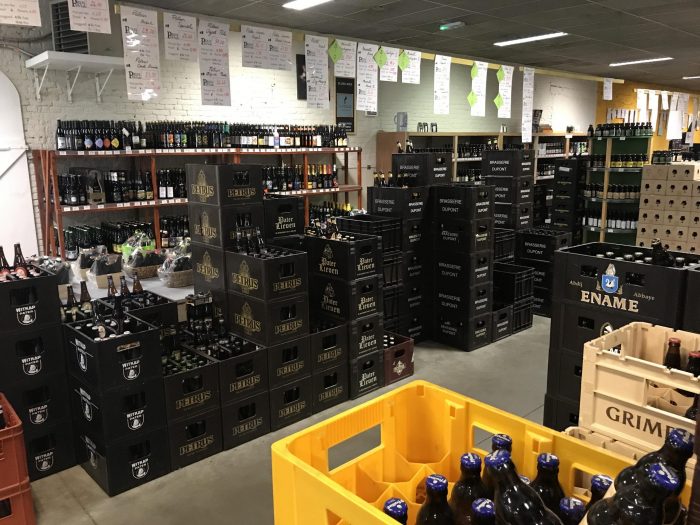 Have you spotted other great Ghent craft beer places? Let me know in the comments! 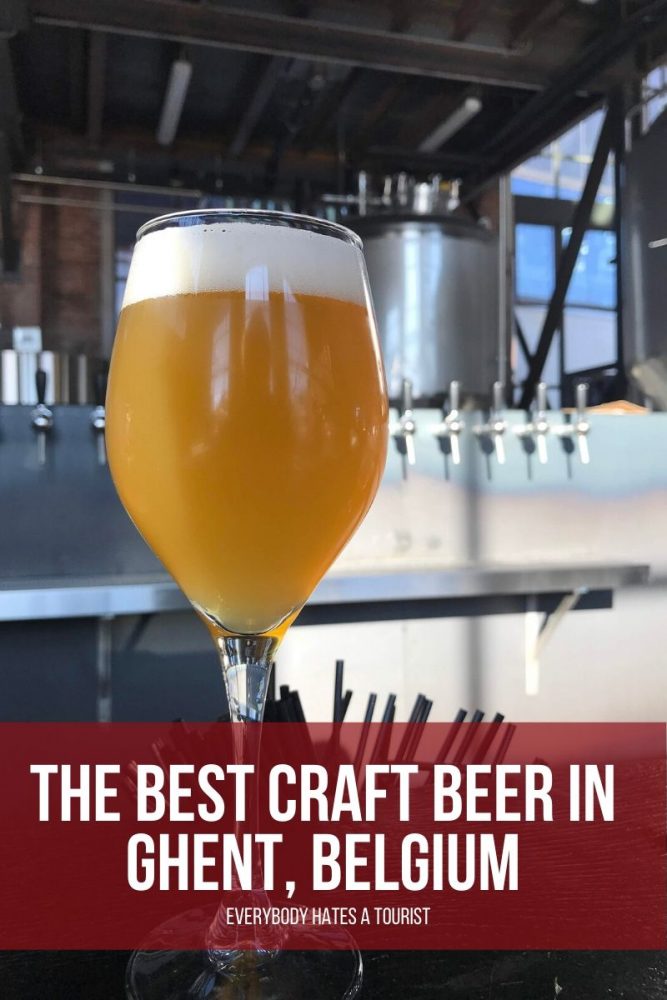