Bridport is a small town located just inland along the Jurassic Coast of Dorset in England. Perhaps most famously for television fans, nearby West Bay was used as a filming location for the BBC drama series “Broadchurch.” This portion of the coast has gorgeous cliffs, & it is one of the most picturesque places in Britain. There’s also craft beer to be found, which at the moment is still rare for Dorset. Here’s my guide to the best craft beer in Bridport, England. 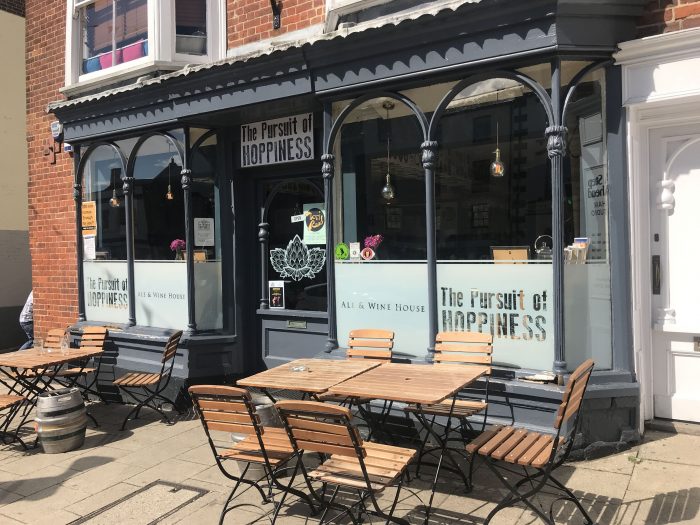 There’s one craft beer bar in Bridport that stands out as a fantastic place for a beer: Pursuit of Hoppiness. While the bar has around 6 real ale casks and one beer draft, plus a few ciders, look in their fridge for a nice selection of a couple of dozen bottles & cans from British breweries such as Buxton & Pressure Drop. Their casks also go beyond traditional real ale breweries to also include selections from newer craft breweries such as Cloudwater, Siren, & Tiny Rebel. 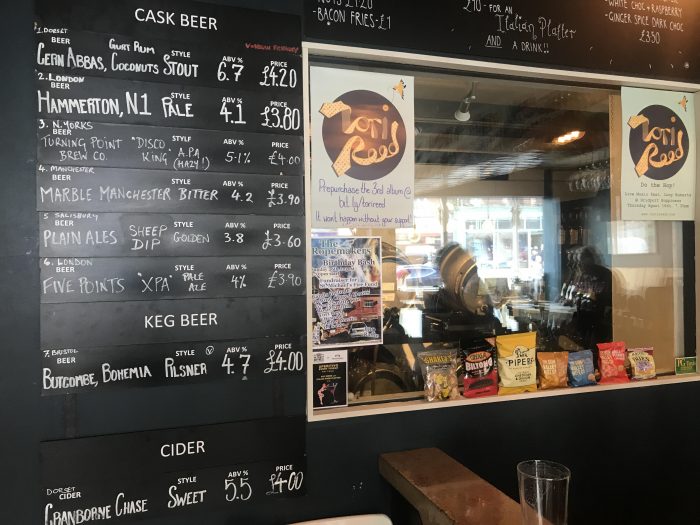 In addition to having the best beer in Bridport, Pursuit of Hoppiness also serves as a friendly local pub. If you’re visiting from out of town, it will be nearly impossible to not end up striking up a conversation with other patrons & the staff. 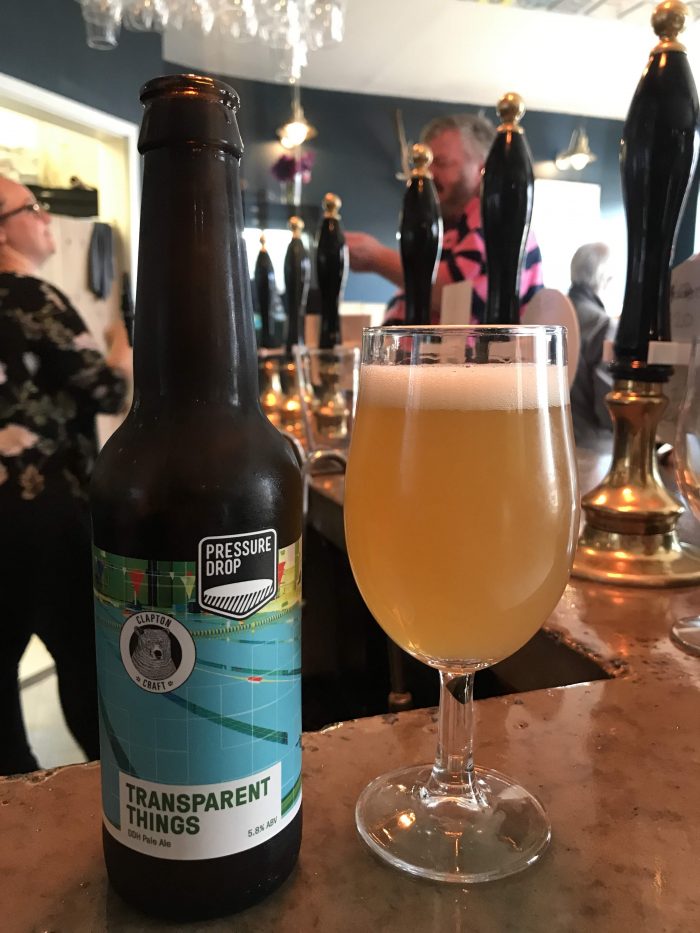 You can potentially have fun with this, as I did when I visited. I managed to order a beer without a couple of guys at the bar hearing me. They then proceeded to have an animated conversation about Americans & their inexplicable choice of Trump. I let them talk for ages, then when I went for my next beer, I made sure they heard my clearest American accent possible. After a waiting a beat just to see their sheepish reactions, I said, “Don’t worry, I agree with everything you said!”

I proceeded to then have a lovely afternoon filled with more of their beer selection while talking with everyone else in the bar. Welcoming bars like Pursuit of Hoppiness are the best. They also have a 2nd location in Exeter. 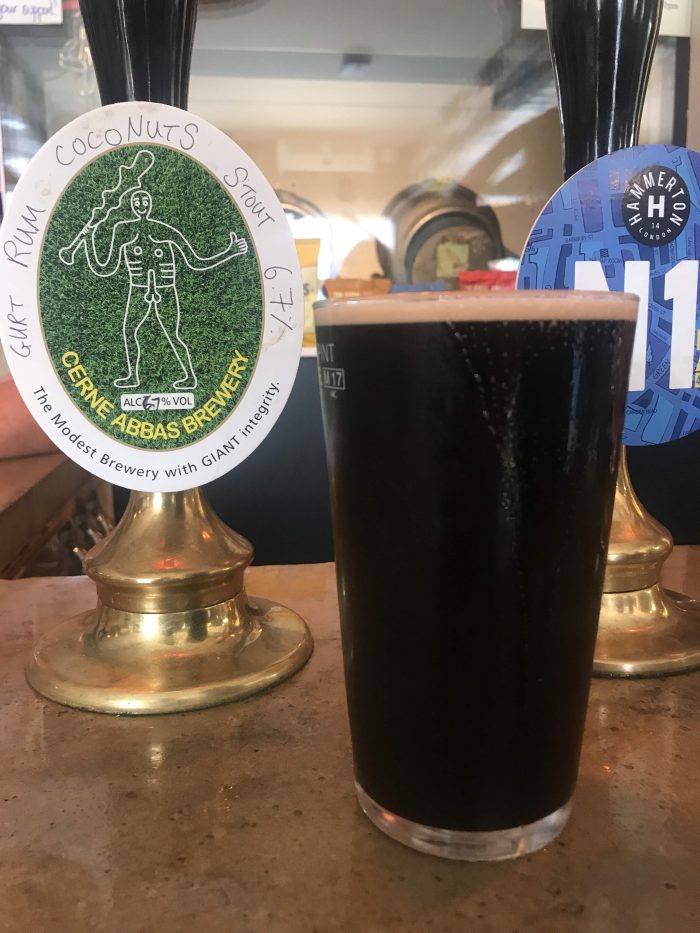 West Bay along the Jurassic Coast in Dorset. These cliffs might look familiar to anyone who has watched Broadchurch

Bridport is also the home of Palmers Brewery. Palmers Brewery has been operating since 1794. Their cask ales can be found all over Dorset, especially in the pubs they also own. The brewery is the only thatched brewery in the United Kingdom. Located between Bridport & West Bay, it offers tours & tastings. 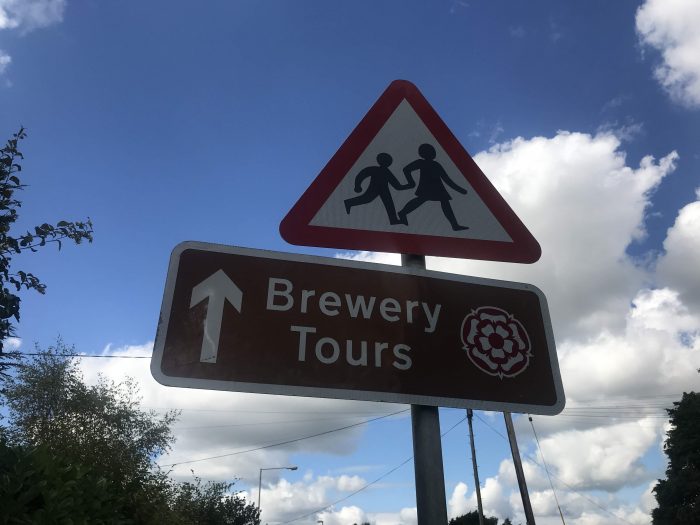 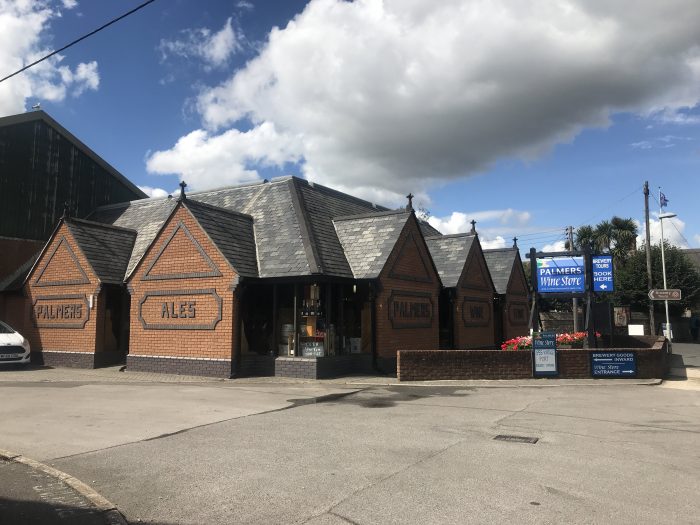 Go to Palmers if you want to see how real ale has traditionally been brewed for centuries.

Other beer pubs in Bridport, England

There are a few other bars & pubs in Bridport that also serve a selection of craft beer & real ales, including The Woodman, The Tiger Inn, The White Lion, The Ropemakers, & The George Hotel.

In nearby West Bay, the Watch House Cafe has Hive Beer Pale Ale, which is brewed by Dorset’s Piddle Brewery. 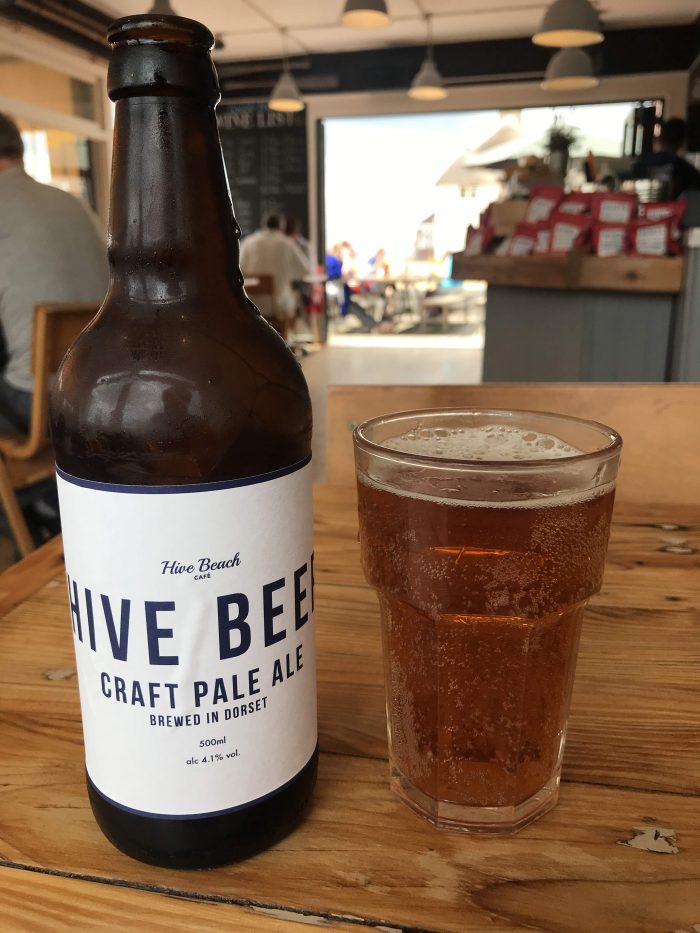 Have you spotted other great places in Bridport for craft beer? Let me know in the comments! 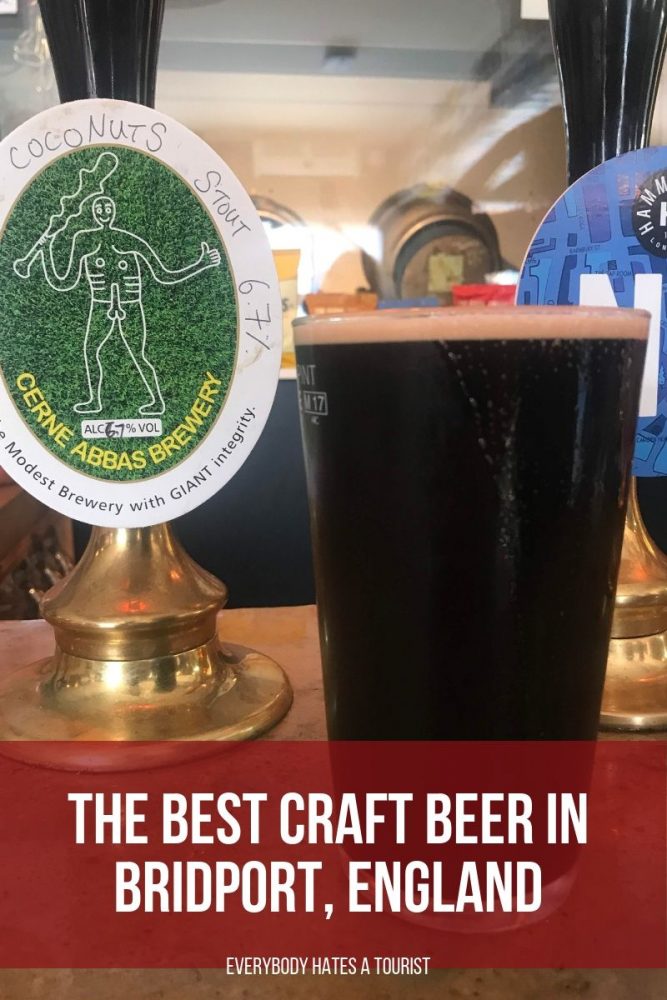