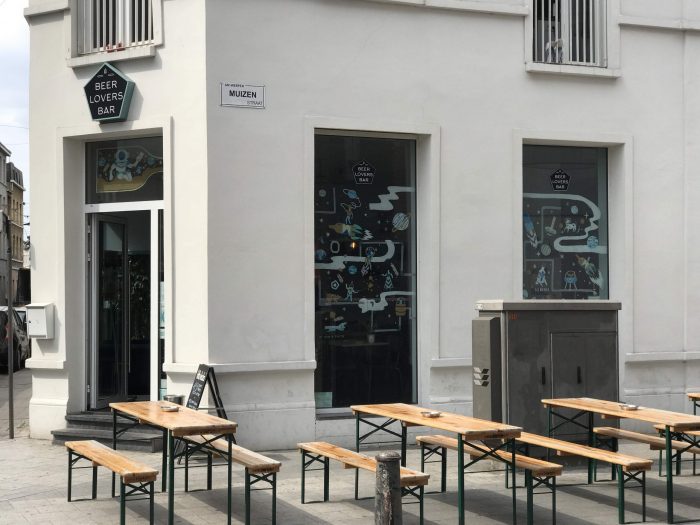 Their 12 tap draft selection consists of modern craft, while a huge Belgian bottle selection covers everyone else. 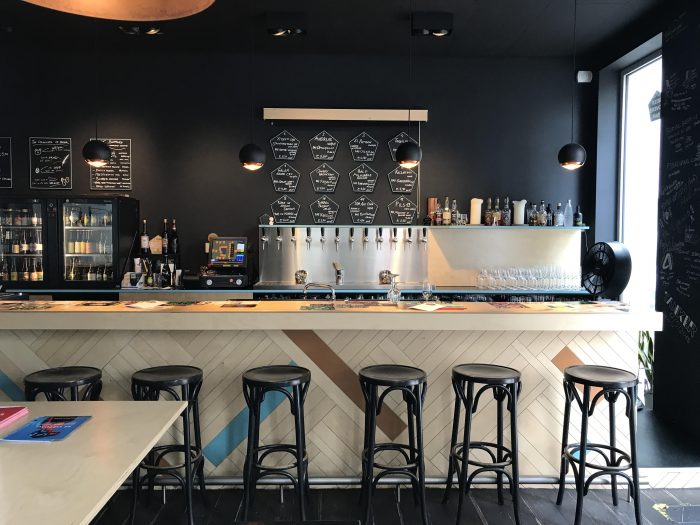 The bottle list doesn’t stop there though, as there are lots of other bottles as well, including some high-quality & rare selections from around Europe. 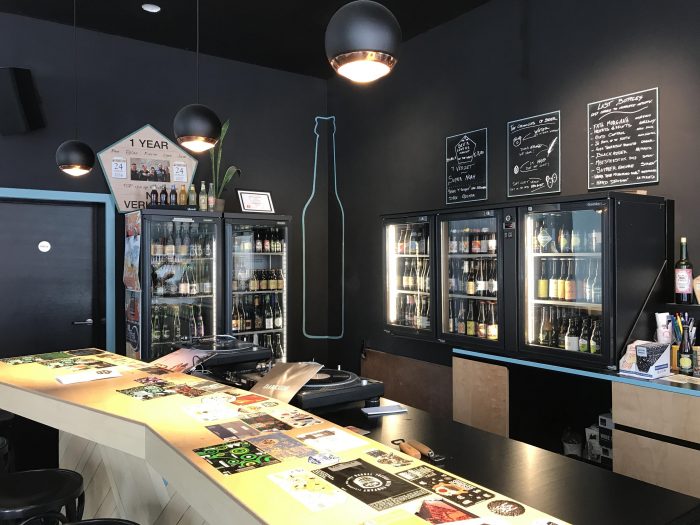 Inside, it’s a cool modern place. Beer Lovers Bar is an excellent beer bar that will cover anything you might be looking for in Antwerp. 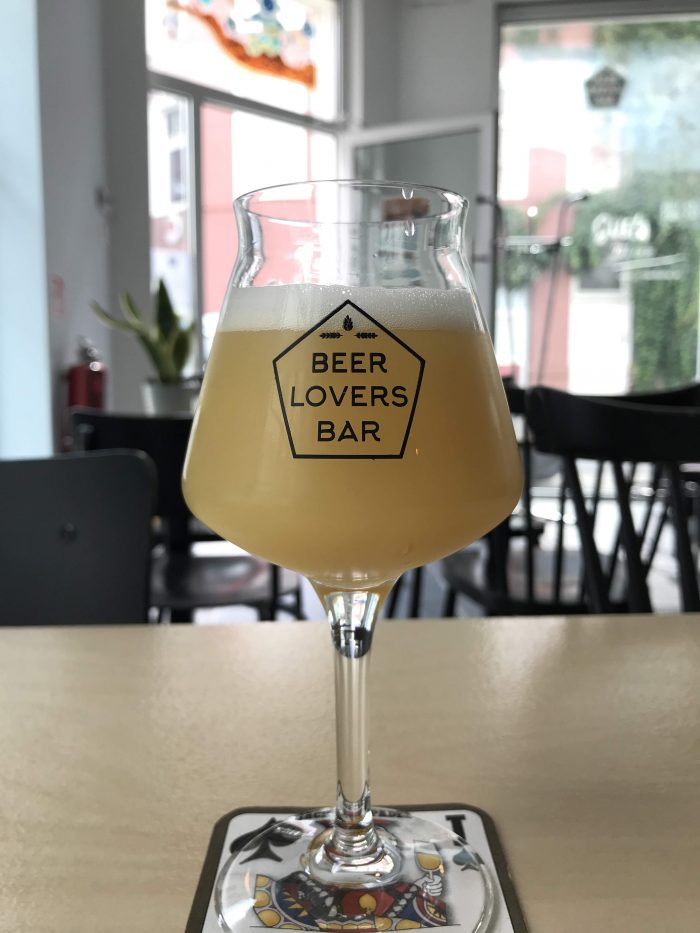 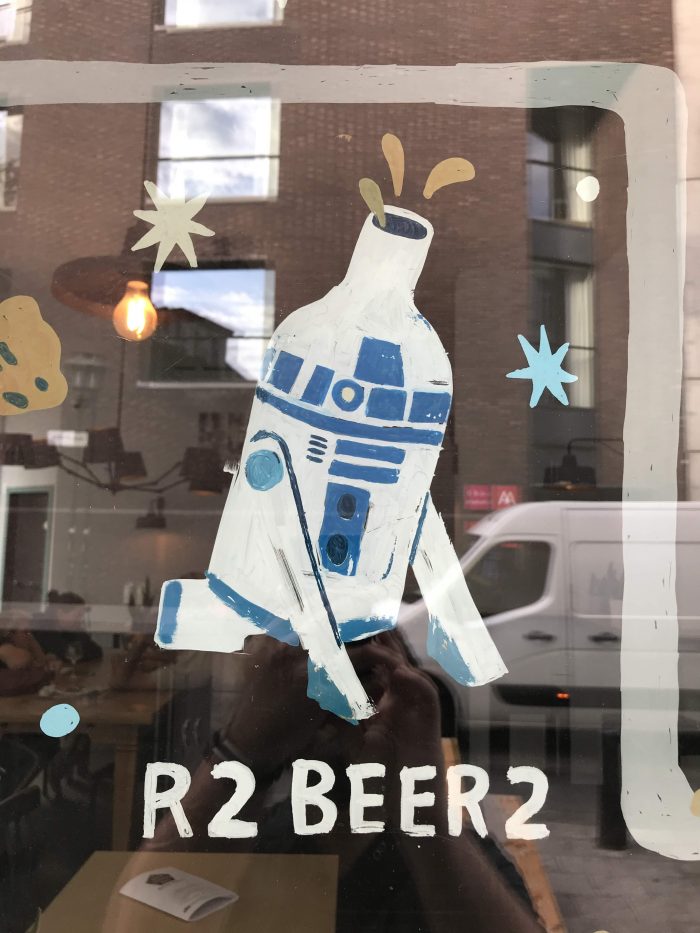 Billie’s Bier Kafetaria is another Antwerp bar that is serving the newest beers & styles while still paying attention to Belgian’s rich beer history. 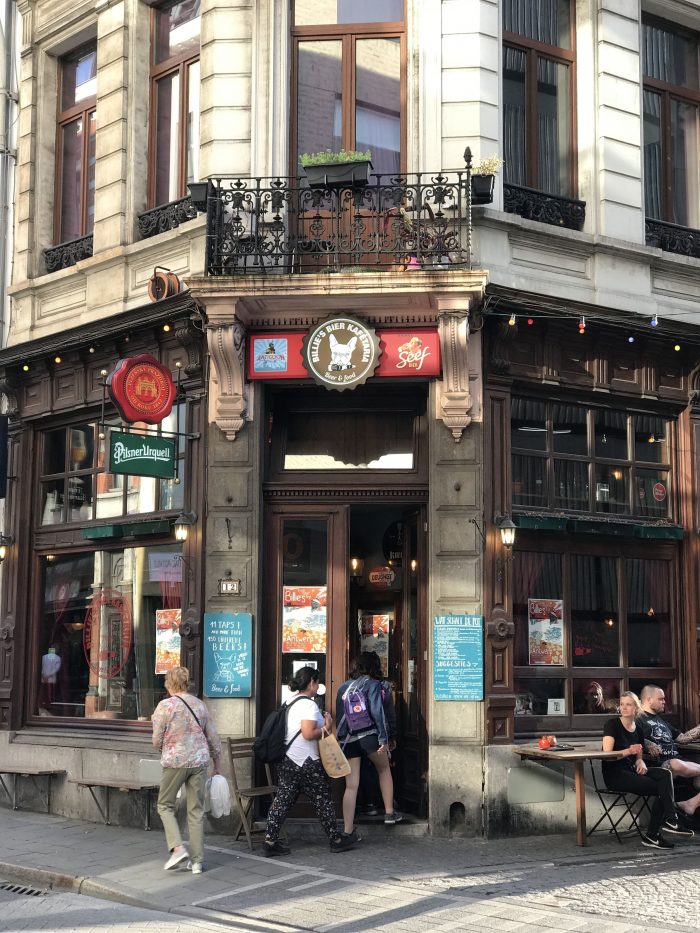 With almost 200 bottles & cans available, you’ll surely find something to drink. Plus there are 11 taps. When I visited, there was a tap takeover from London’s Fourpure Brewery from the Bermondsey Beer Mile. 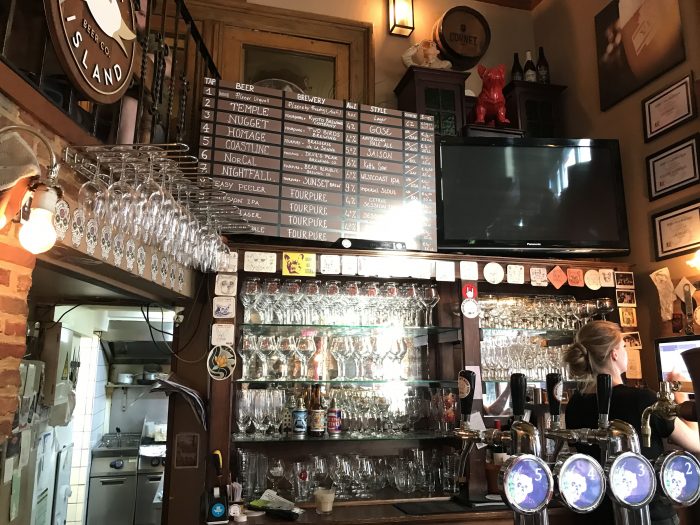 It’s a cozy spot with an outside patio as well. There was one TV for sports, but despite the England-Croatia World Cup Semifinal being shown, the bar was still fairly quiet. 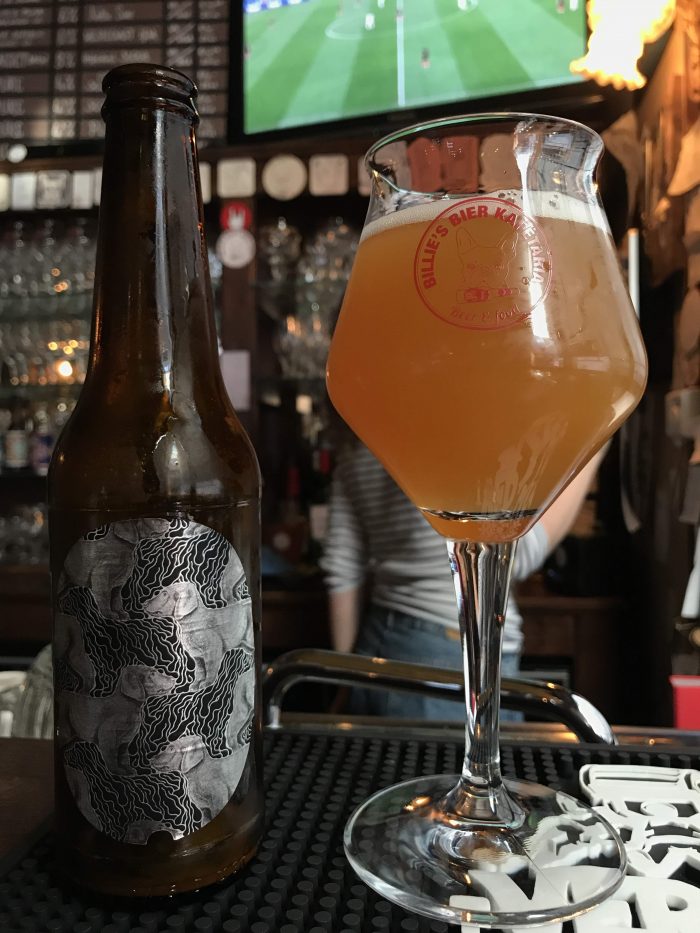 “Who is Billie?”, you may now be wondering. Billie is a French bulldog who is also the host of the bar’s annual beer festival in Antwerp. Billie’s also has a separate bottle shop.

When I visited Antwerp, there were a couple of different bars called Gollemke that were located very close to the Antwerp Cathedral. The one I visited had a huge outdoor patio with views of the cathedral & plenty of people watching. They beer selection was phenomenal, with 30 taps plus hundreds of bottles. They also had meat & cheese platters. 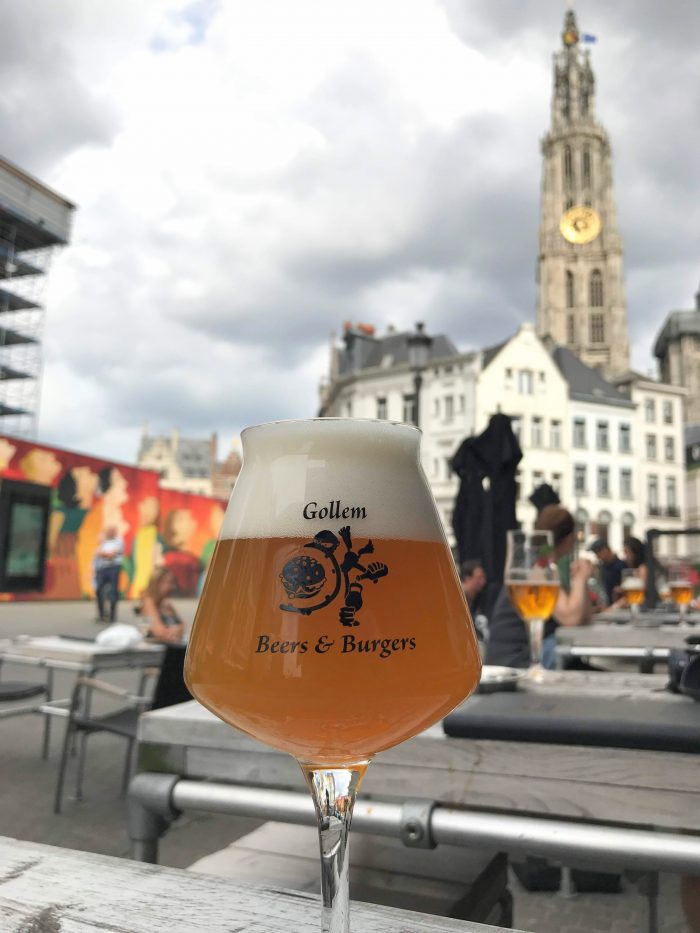 Unfortunately, it now seems this particular location I visited has closed, while the other one around the corner is still listed as open. However, Gollemke’s social media seems sporadically updated, as are their Untappd checkins. I’m still including the bar on the list because of the great selection they did have, but don’t be surprised if this one isn’t still around. 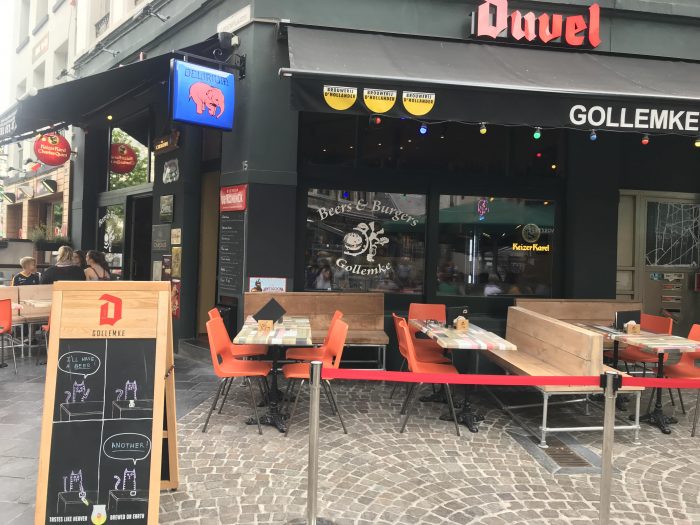 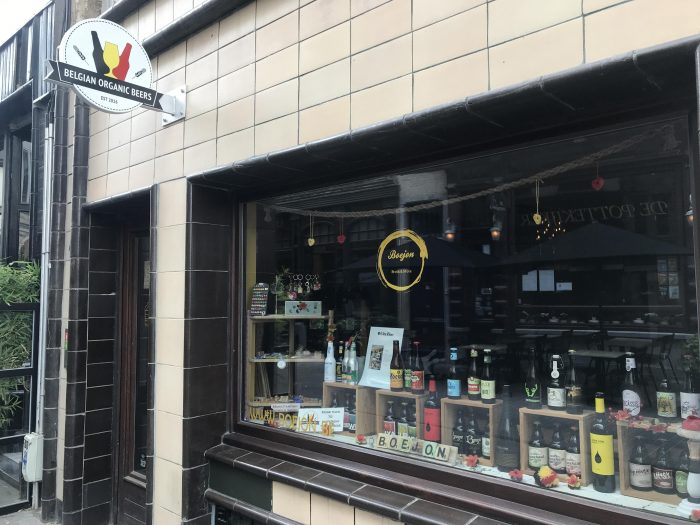 Ask anyone the best beer bar in Antwerp, and chances are, they’ll tell you that it’s Kulminator. The bar has a cult-status with beer connoisseurs who are looking for great beer. Kulminator has one of the best selections of beer in the world, boasting a whopping 600+ bottles, including an incredible array of rare beers. If you can’t find it at Kulminator, it doesn’t exist. 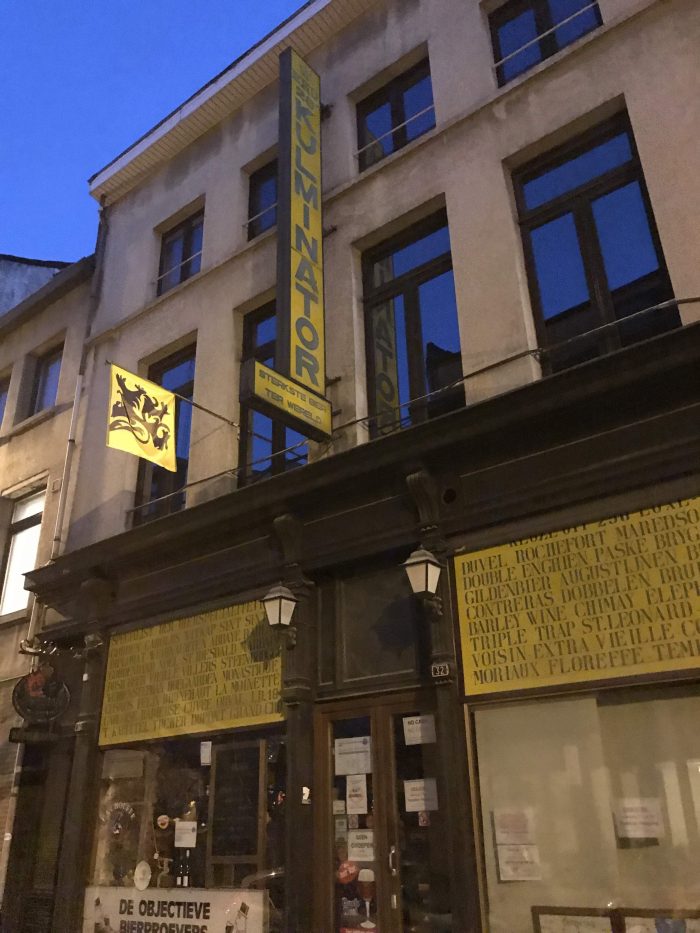 The bar has been run for decades by Dirk Van Dyck and Leen Boudewijn. Unfortunately, when I visited Antwerp, I had saved it for my last night, and they had closed for a couple of weeks for a deserved vacation. It happens. Hopefully your luck is better because it’s a must-do for any beer fan. Note that their current hours are now only daytime hours.

Oud Arsenaal is another traditional Belgian beer bar in Antwerp.  They have 5 taps, plus 50 or so bottles.

Have you spotted other great Antwerp craft beer places? Let me know in the comments! 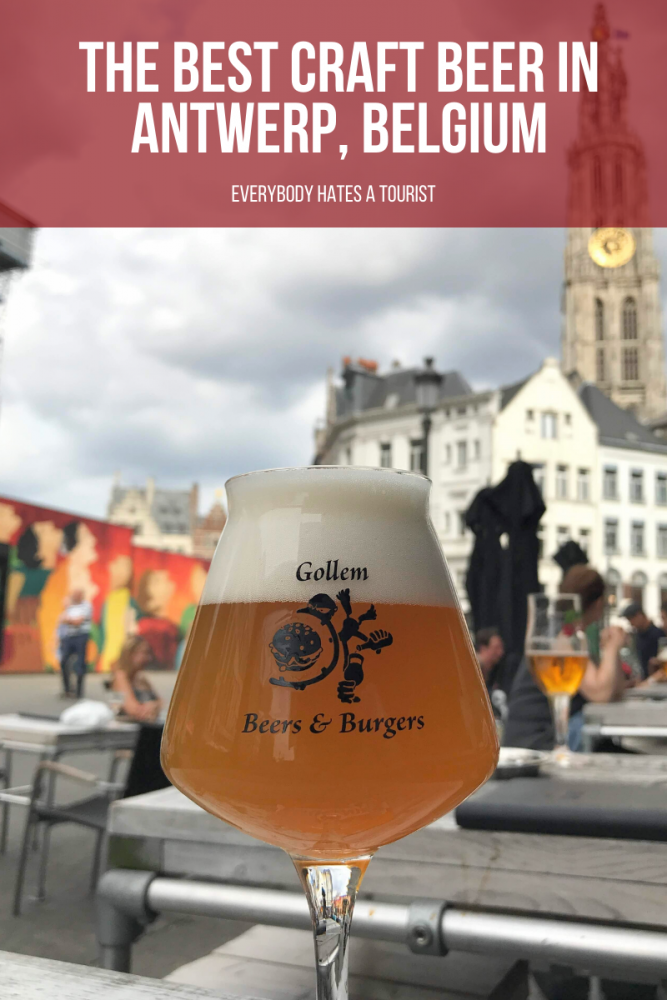